An Ode to ‘Yumeji’s Theme’ 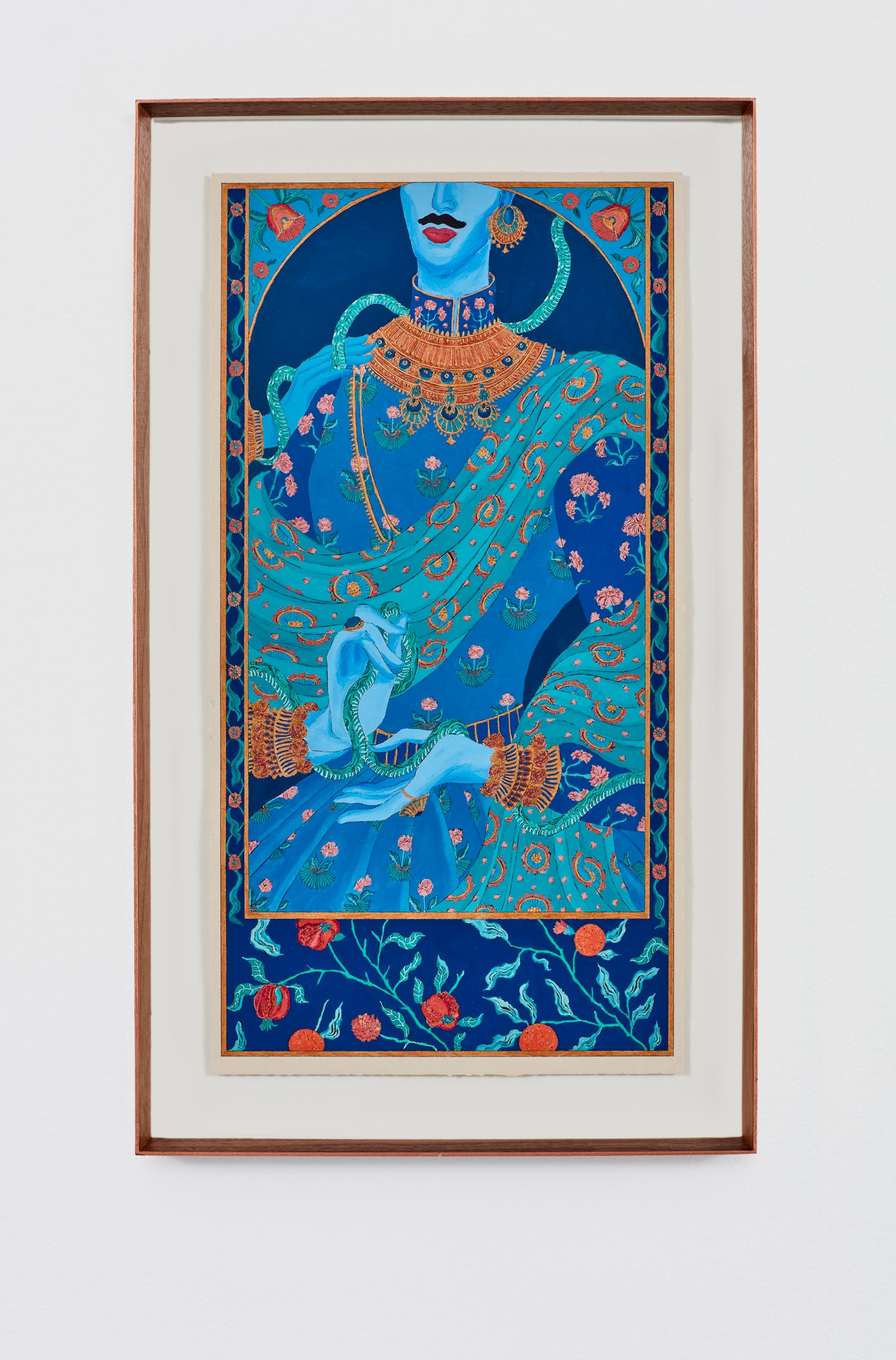 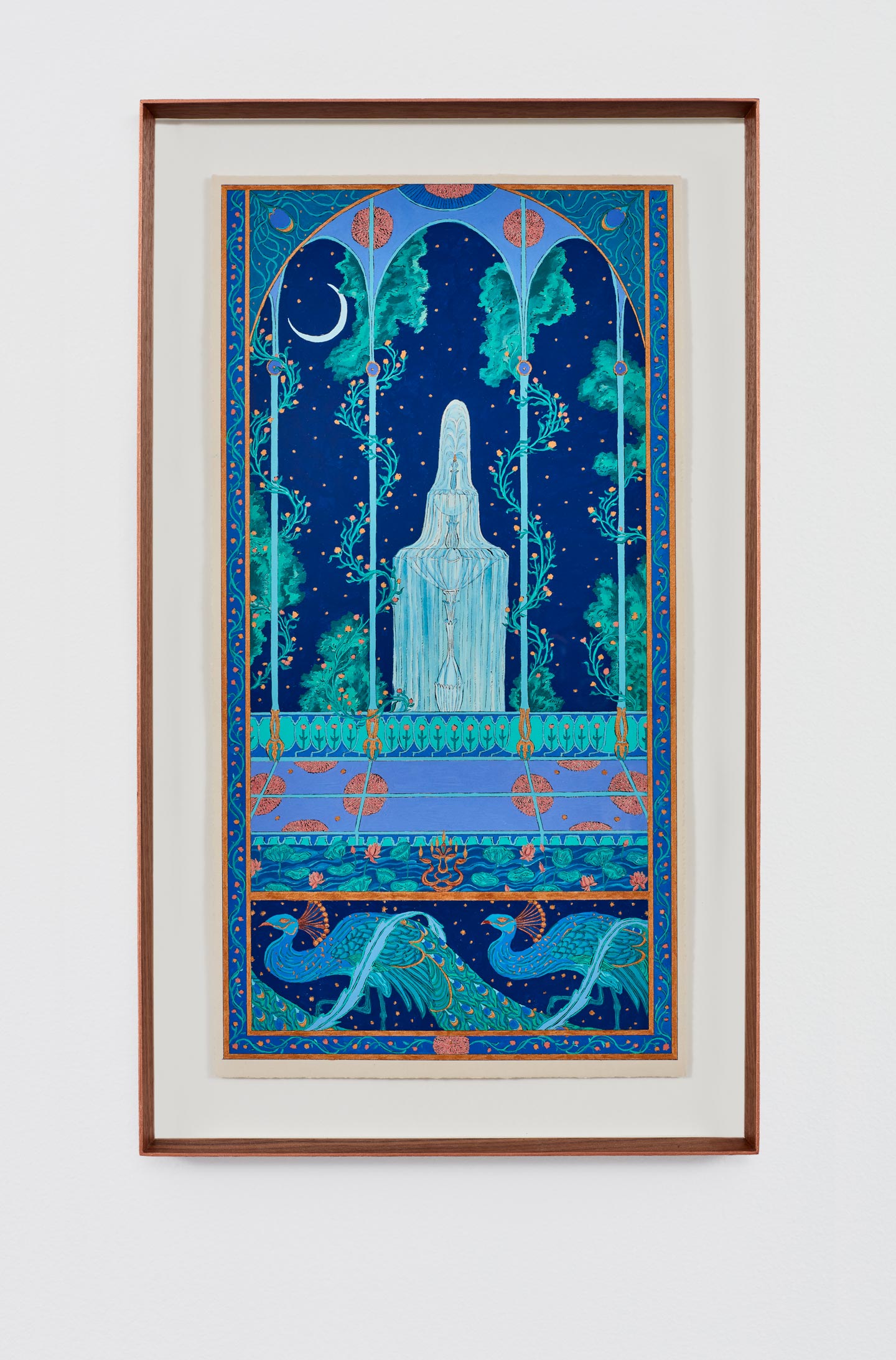 saap / ‘You’re also a monster. But so am I, which is why I can’t turn away from you’ II 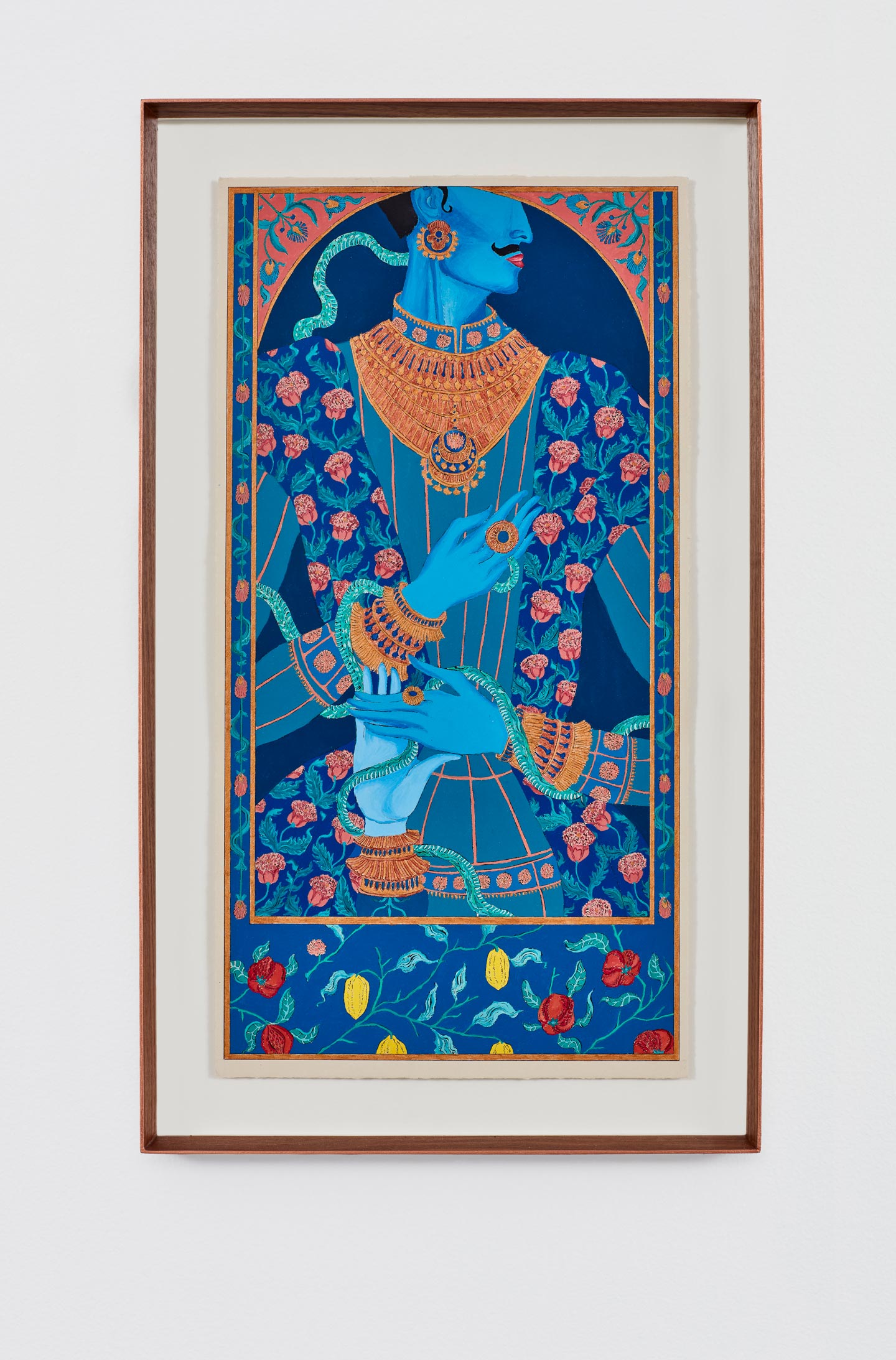 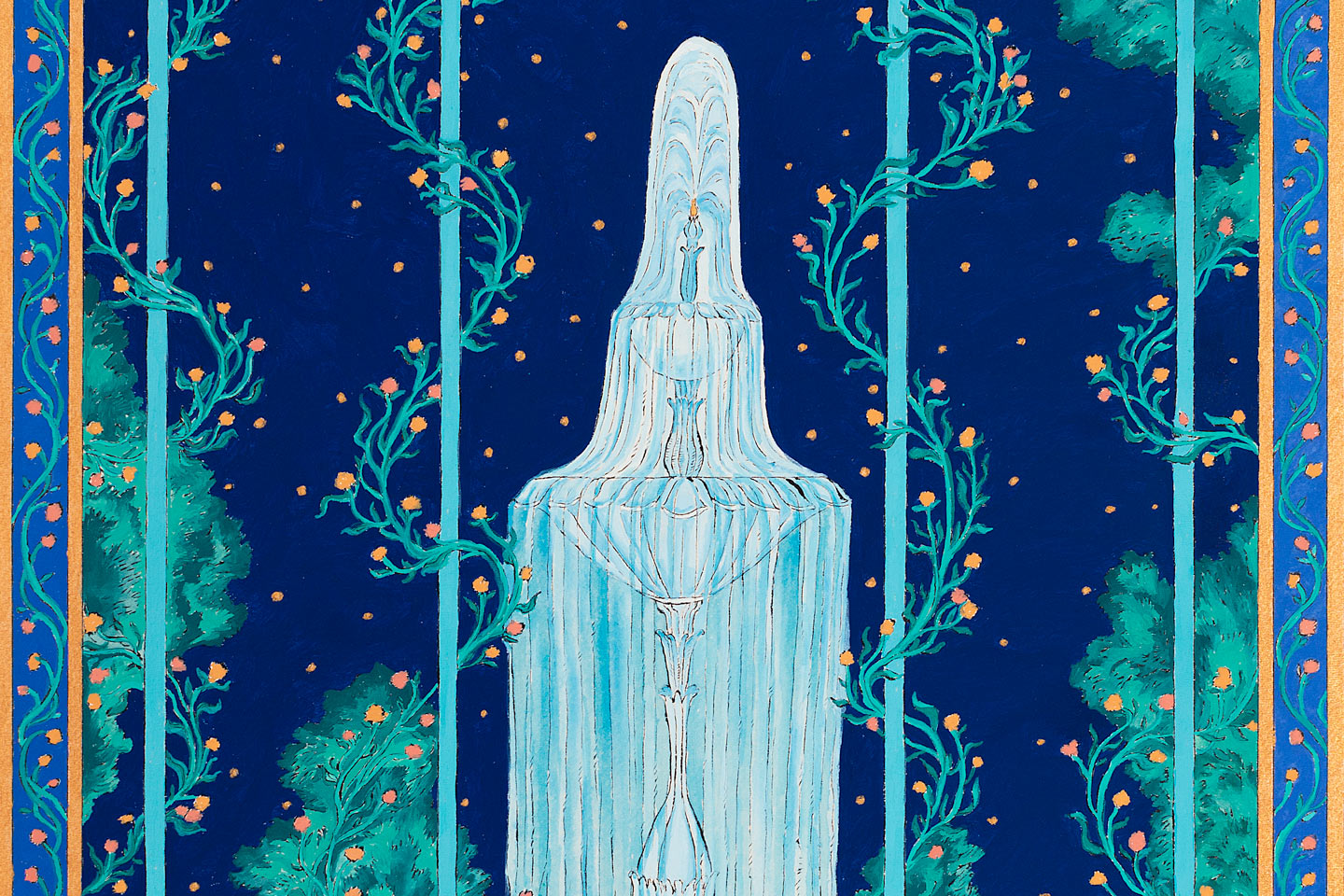 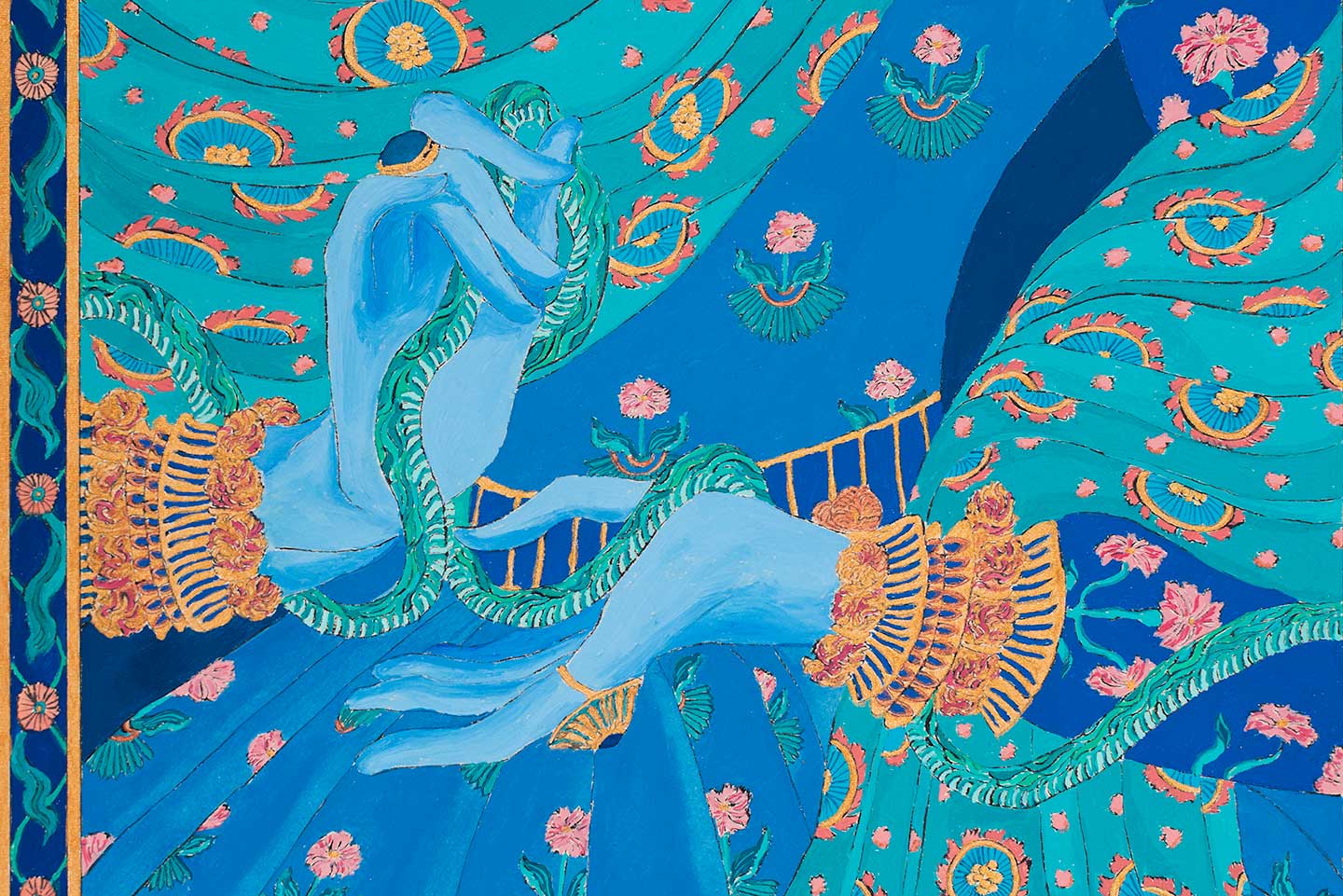 'And the night illuminate the night, the very darkness of my desire' 'You are like a sword, blue and green, and you undulate to the touch like a river' 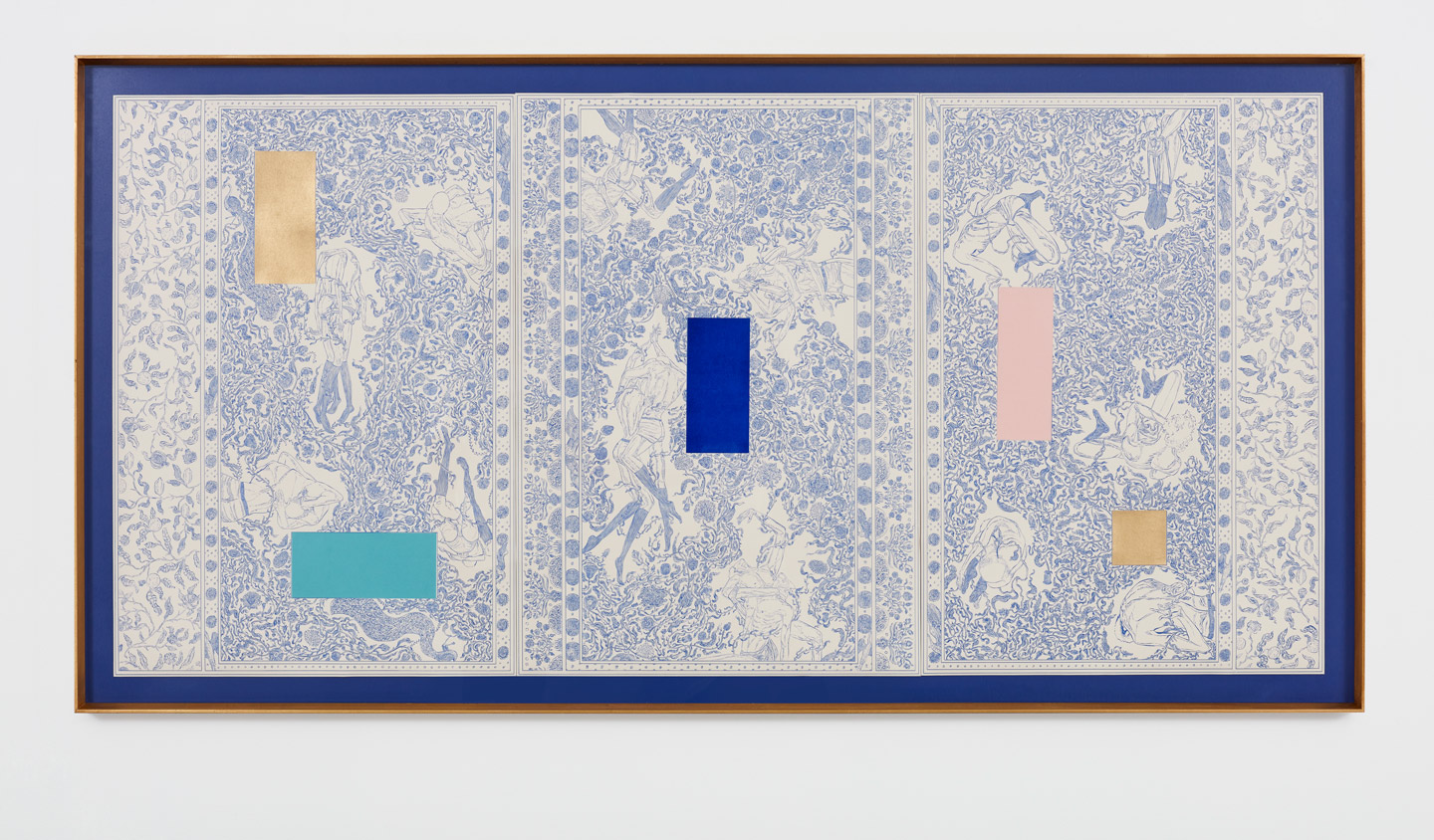 “There is a brief, and yet pertinent moment in Robert Pogue Harrison’s meditative book Gardens: An Essay on the Human Condition which encapsulates its basic message. After giving an account of the different gardens he would explore in his book to the French philosopher Michel Serres, he was then asked: “Mais ton jardin à toi, où est-t-il” (But your own garden, where is it)? Harrison discloses to the reader that in fact he does not actually cultivate a ‘real’ garden of his own and, in a sense, this allows him to make his critical point: “Mon jardin à moi (my own garden) is the form my reflections take in these pages”. The implication of this short passage is much more radical than it may appear. For Harrison, even more important than conceiving the garden as an imaginary ‘figuration’ (as opposed to a mere physical realm of natural existence subjugated to human modes of order) is the idea that one’s own garden relates to a more primordial dimension of being-human. That is, the cultivation of the innermost aspect of one’s essence which strives for creative expression and fulfillment. No wonder that, in the book’s preface, Harrison’s first point of reference is Voltaire’s famous philosophical tale Candide, where the only ethical solution to the vicissitudes of life resides in the metaphorical precept, “il faut cultiver notre jardin” (we must cultivate our garden). Against the background of wars, pestilence and natural disasters, Candide’s well-known dictum stands for the unconditional impetus of man’s creative power to counteract the contingent and relentless drift of history.

Today’s world, although not quite homologous to the overwhelming constellation of chaotic atrocities and universalized evil as evoked in Candide, is nonetheless marked by a basic dislocation, in which our ability to locate the experience of our situation into a meaningful whole is increasingly out of joint. It is against this backdrop of social derailment and isolation that Shakil Solanki propels us into his own private garden, ‘son jardin à lui’, in all its phantasmic purity and creative vitality.

The allegorical texture of Solanki’s recent works on paper alludes to the intricate world of Indian and Persian miniatures with their distinctive ornate borders, flat surfaces, dense colours, and technical detail. However, the pivotal content of his paintings points towards the fact that he is not merely invested in a nostalgic return to an aesthetic-cultural edifice of the past. Rather, it seems as if he extracts the symbolic essence of the miniatures from their historical context and reinserts it into a kind of inner-worldly, timeless, eternal present. It is for this reason that the secret domain of Solanki’s exalted garden suggests an enclosed sphere for both self-reflection and self-creation – functioning as a manifest imaginary scene which effectively holds within it the space to unravel the innermost depths of his dreams, desires, fantasies and anxieties. At the same time, an interminable search for inward meaning and fulfillment is clearly discernable, not only at the level of a Dionysian life substance which fervently yearns for love and intimacy, but also within the horizon of a dialogic interplay between queer subjectivities and cultural imaginaries.

A central component of Solanki’s conceptualization of this body of work resides in music – most notably the short, yet deeply haunting string arrangement ‘Yumeji’s Theme’ by the composer Shigeru Umebayashi. It is no wonder that this melancholic waltz featured so prominently in Wong Kar Wai’s film In the Mood for Love, where two neighbours realize their respective partners are having an affair with one another. Although they fall in love, the pair decides to not “be like them” (their unfaithful spouses) – subjecting one another to become an elusive, unattainable object of desire. The crucial feature of the film is that this mutual longing is never directly rendered through overt gestures or dialogue. Instead, this very lack in the visual field is supplemented by the set-piece ‘Yumeji’s Theme’, which serves as a kind of support for externalizing the protagonists’ inner passions.

Such a reversal in the order of evoking emotion within the art object functions in a similar way to the formal procedures found in Solanki’s three print-based works. Here, we encounter a series of figures freely floating in a mysterious, ‘worldless’ garden. Although their faces are never revealed, the particular wealth of their emotional content in all its pathos, misery and beauty, is laid bare in a much more direct way: their twisted and contorted bodies are endlessly entwined amongst a nature blossoming forth in a tapestry of nostalgic yearning and despair – as if the very shape of their bodies implies a painful, strenuous endeavor to emerge out of the oppressive weight of some inner turmoil.

If Solanki’s prints hint at a fundamental discord within the most intimate sphere of his inner garden, then his gouache paintings point towards the expressive potential of a return to the repose of paradisiacal innocence. (Let us not forget that in every prelapsarian vision of the garden, a sinister underside is always foreboding – a presentiment that Solanki astutely incorporates into his symbolic imagery).

In Jharana / ‘There is a place where words are born of silence’ II, we find ourselves fully immersed in a sublime, spectral domain of contemplation – in which, a gushing fountain emanates as if it were a kind of central source for overflowing emotion; a teeming ‘life force’ too strong to be contained, persisting beyond its limitations into a swathe of midnight blue.

Within the embroidered borders that define the inner garden’s enclosure, there is, perhaps, no greater sense of mystical evocation than in Solanki’s vivid self-portraits. What immediately stands out is a particular detail of an uncanny third hand which emerges from ‘beyond’ the frame. It is as if, in effect, this autonomous hand reflects a transcendent object stemming from a void beyond appearances – a visible manifestation of an otherwise hidden or divine essence that directly touches the human experience. Having said that, one could easily imagine ‘Yumeji’s Theme’ playing in the background as its haunting melodic line transpires from the beyond, touching the very centre of Solanki’s emotional gravity.”

Shakil Solanki (b. 1998) was born in Cape Town, South Africa. He has recently completed his undergraduate degree at the Michaelis School of Fine Art, and is currently based in Cape Town, practising as an artist. Solanki majored in the medium of printmaking during his third and fourth years of study.  On completion of his degree in 2019, he was awarded the Simon Gerson Award, as well as the Katrine Harries Print Cabinet Award, for excellent achievement in the printmaking medium. Since 2018, he has taken part in several group shows, along with many silkscreen-printing jobs, and a residency at the South Atlantic Press in 2020.

Solanki interrogates dynamics of intimacy, using the space of a secret garden to explore dualities of tenderness, desire and violence. His experiences as a queer brown man remain central to his practice, with classical Eastern art standing as a prominent source of inspiration. This vernacular is repurposed, encompassing homoerotic dialogues to evoke lush, dreamlike lands, which remain both romantic and discomforting at once. The trope of a secret garden is used as a liminal space, where contrasting emotions of trauma and longing exist hand-in-hand with moments of stillness, using the theme of intimacy as a point of convergence to explore its many dynamics, evoked within many shades of the colour blue.