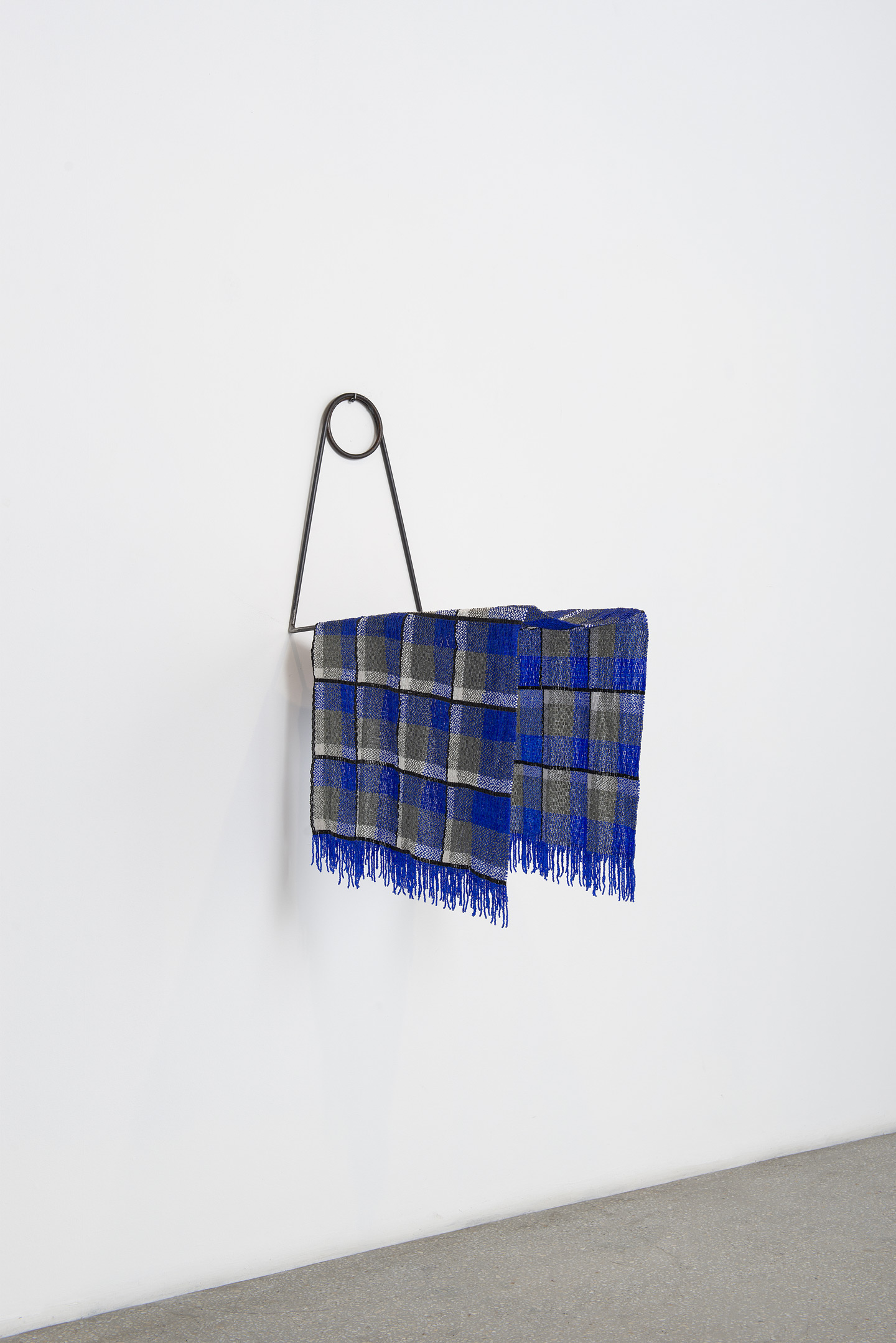 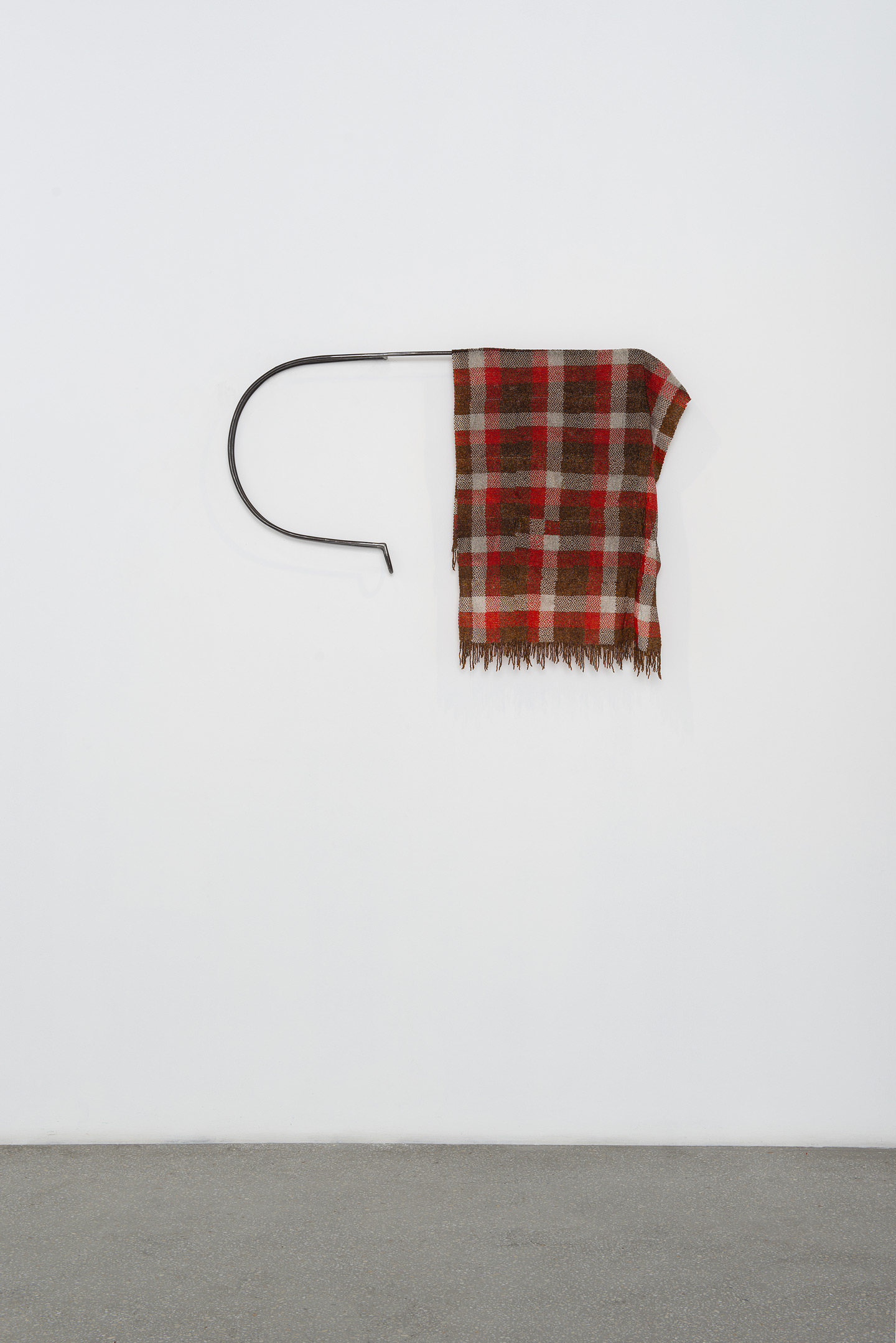 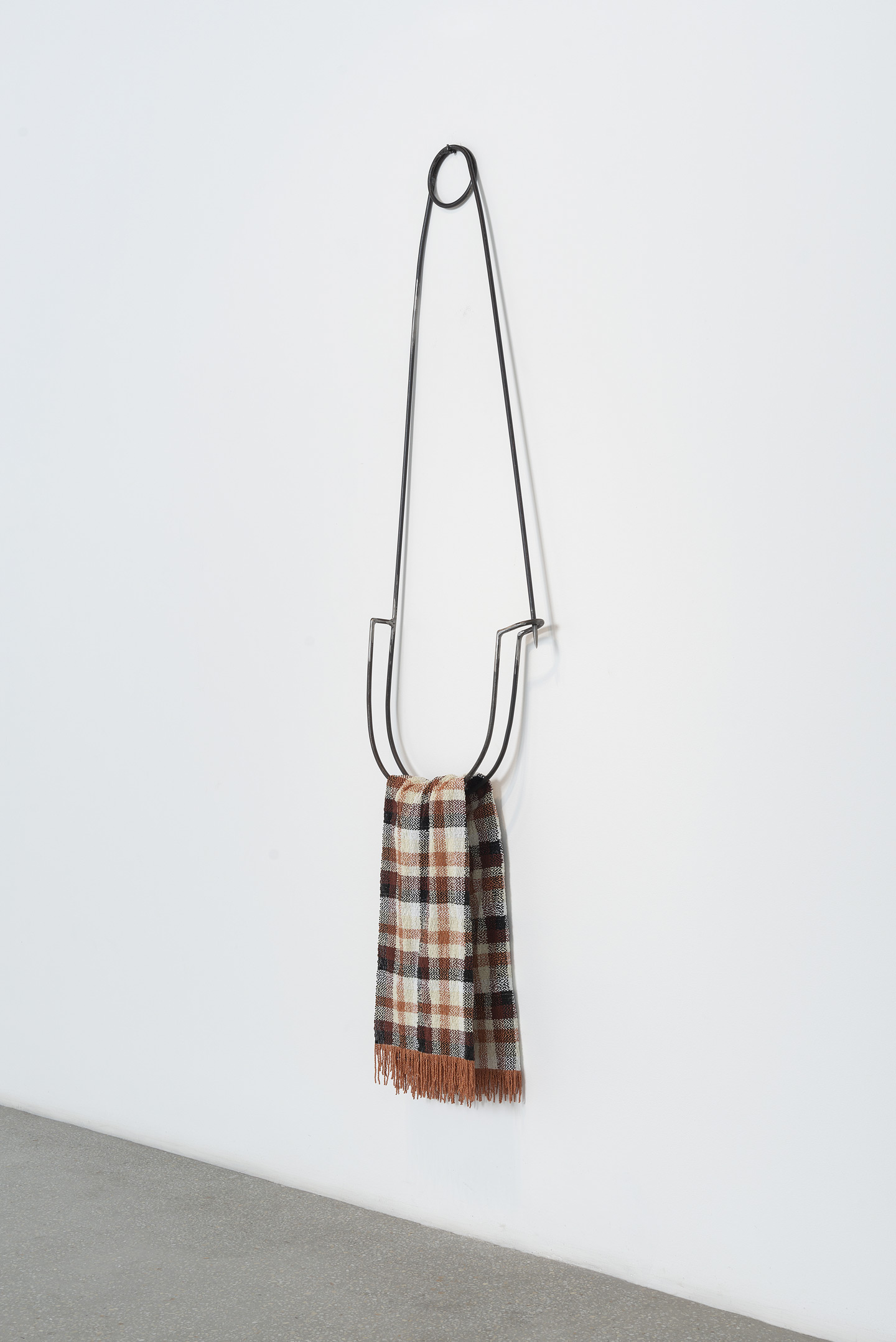 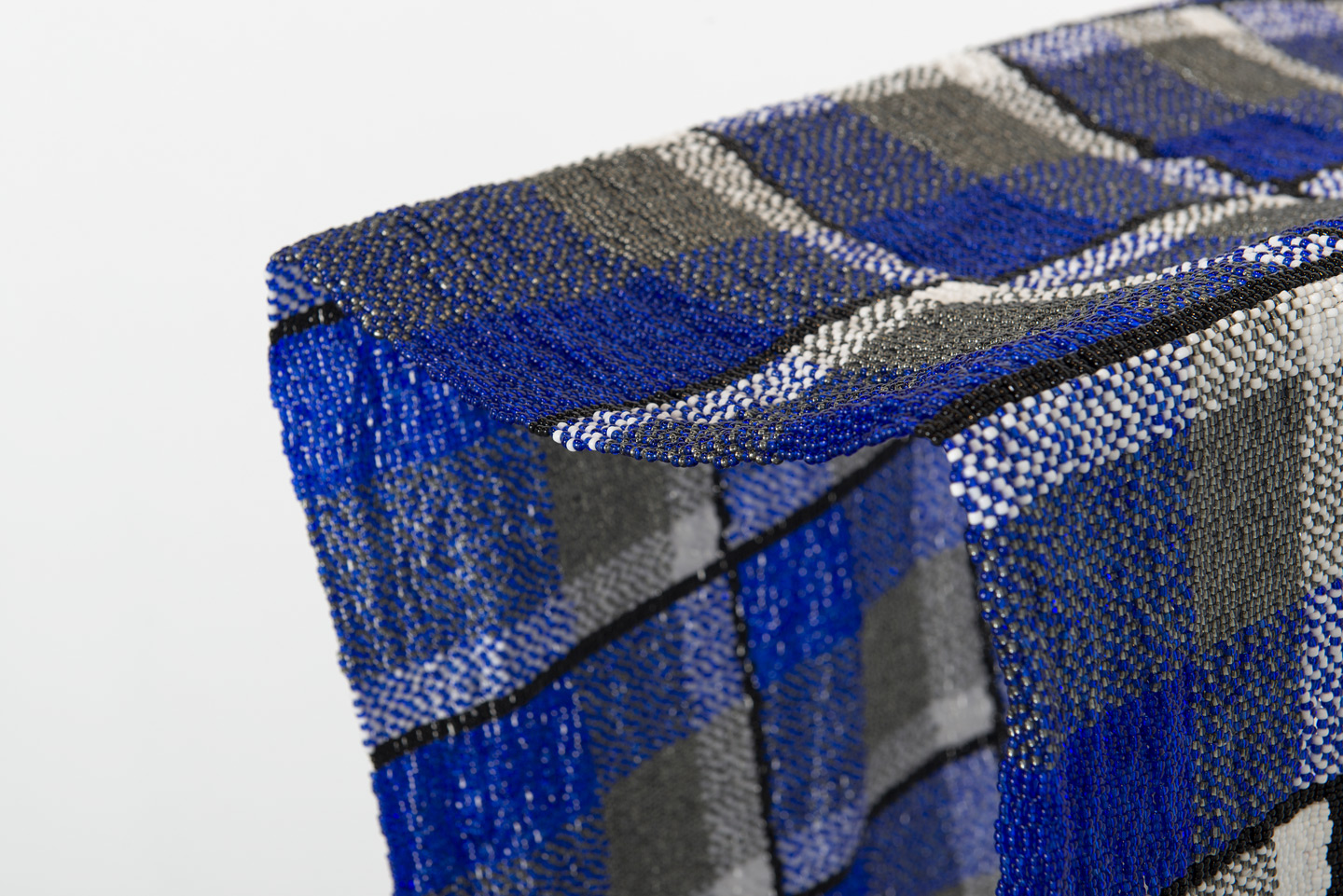 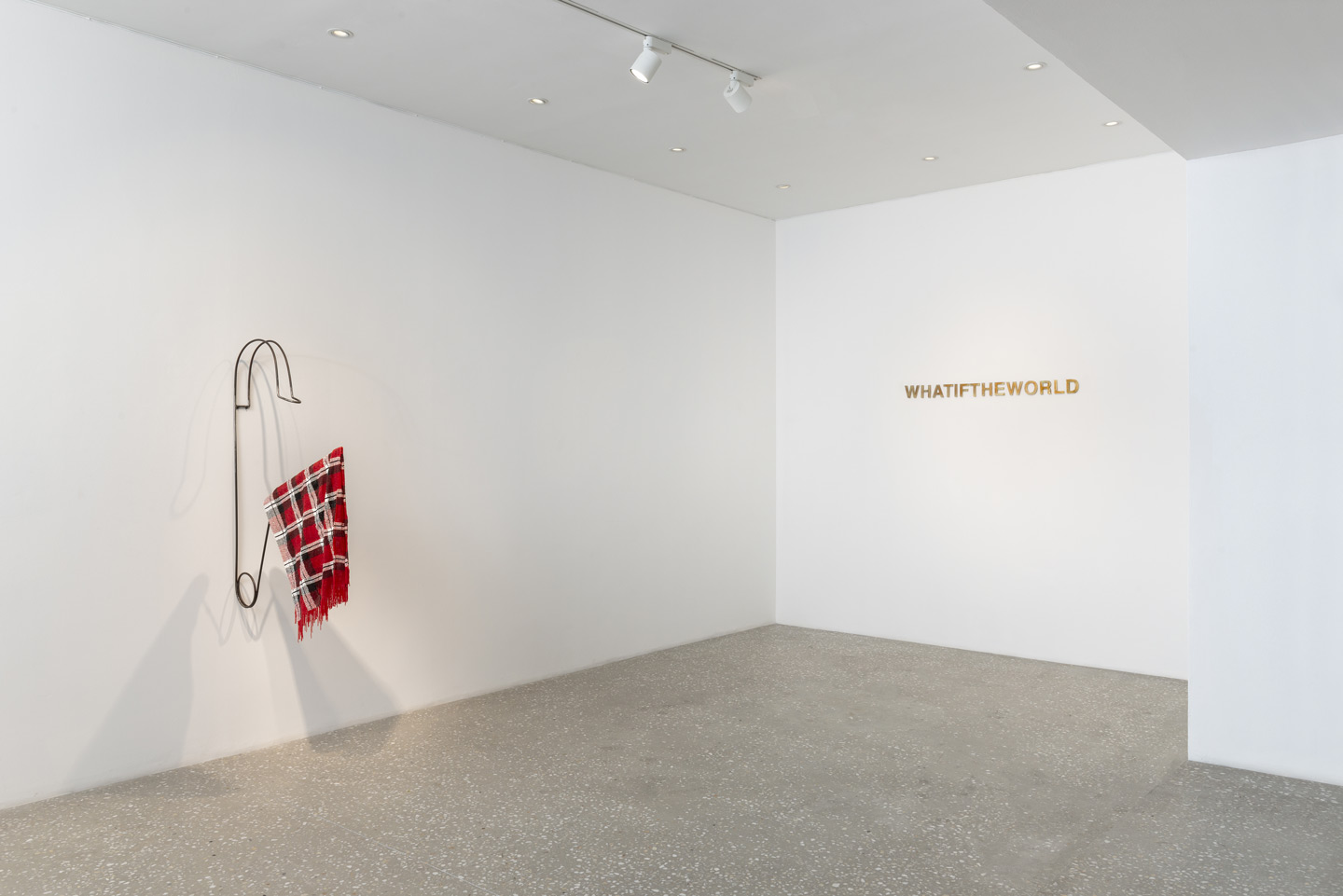 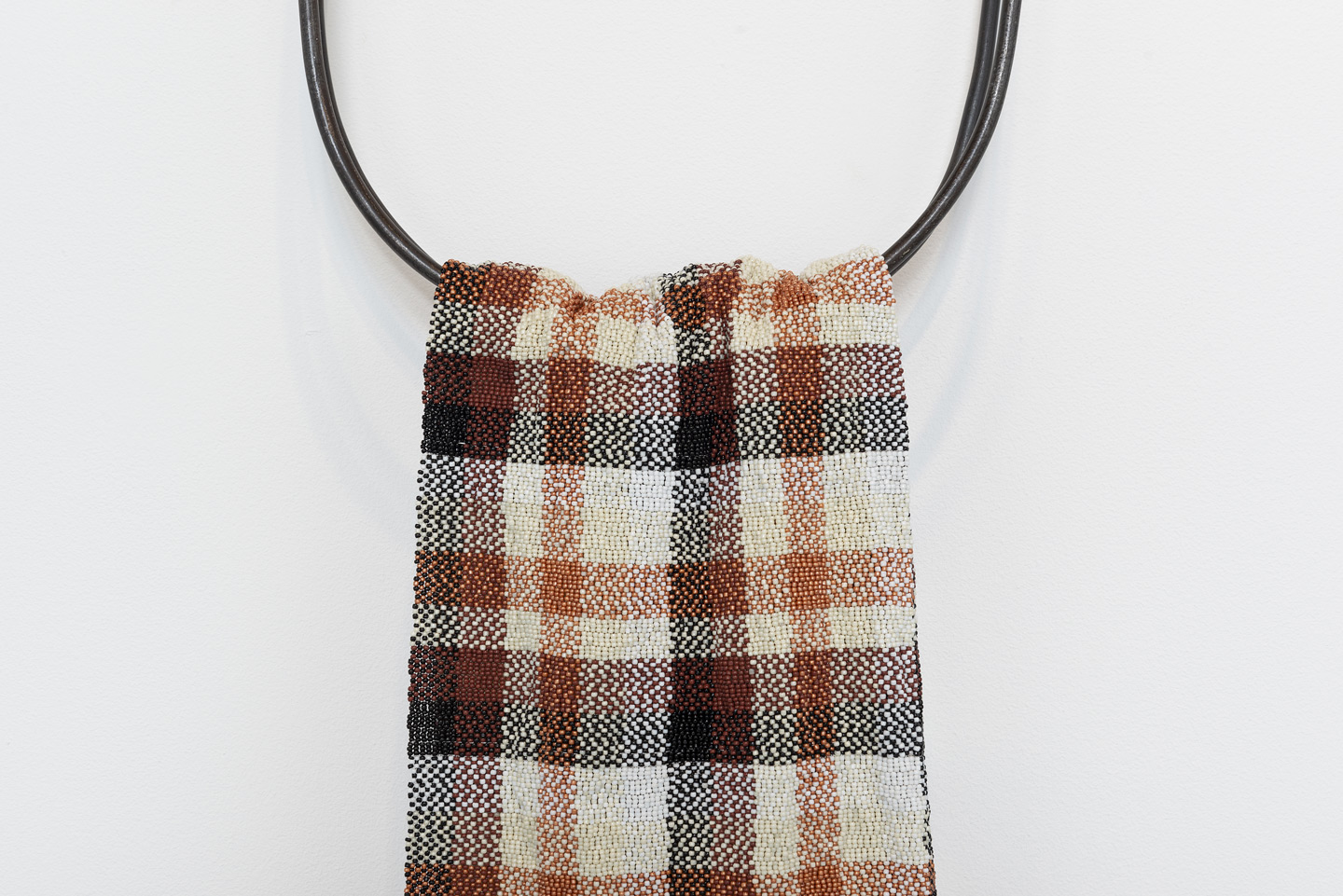 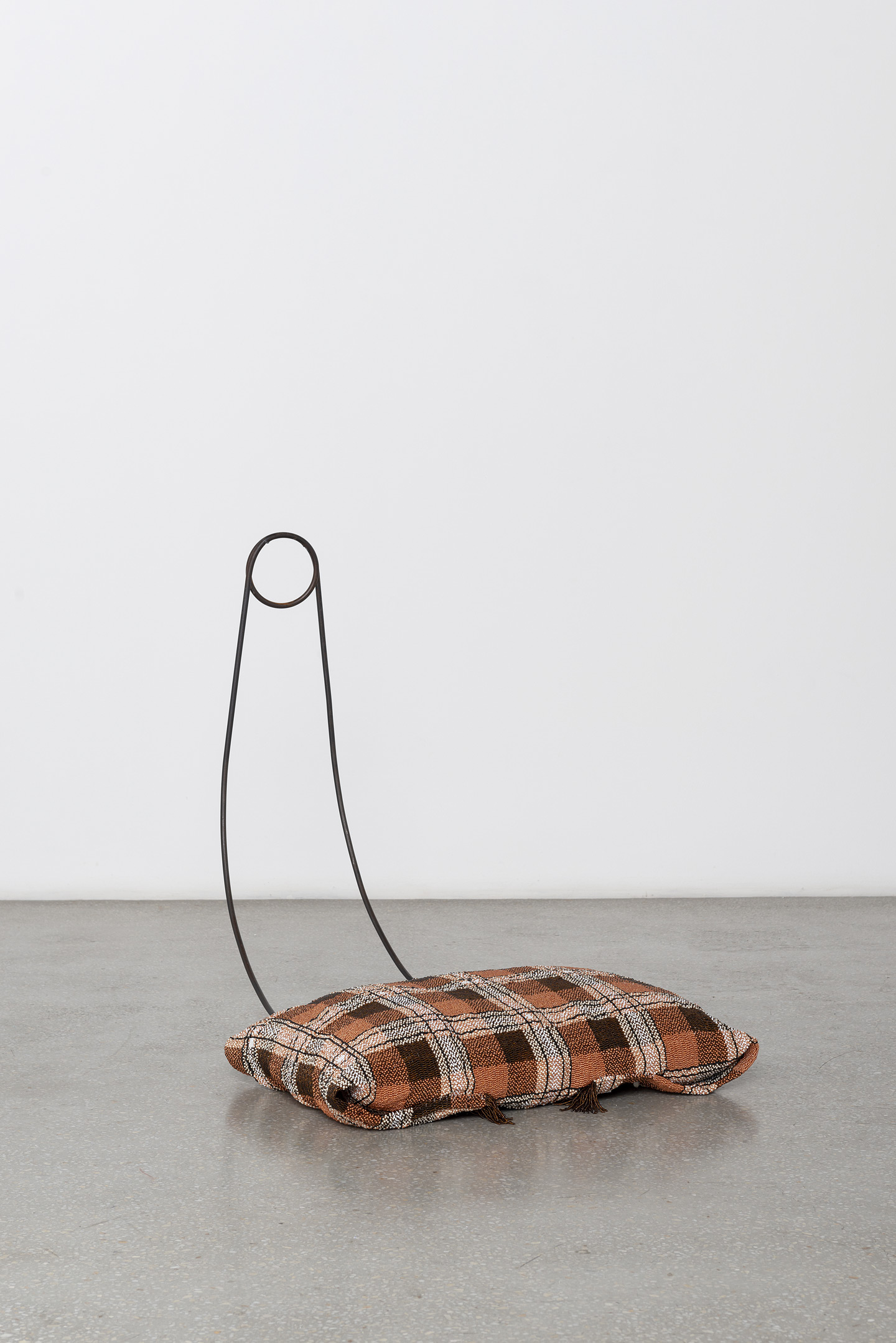 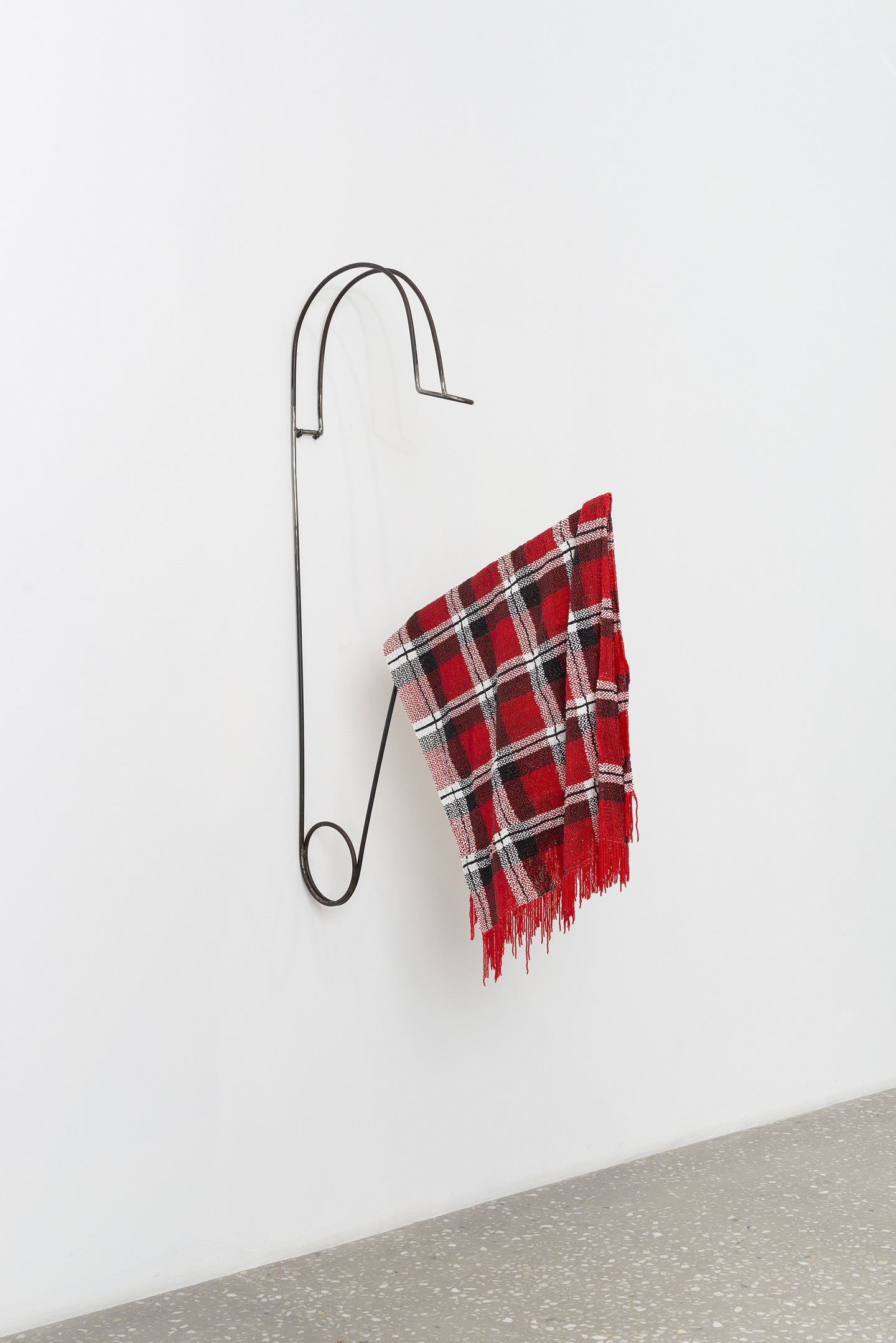 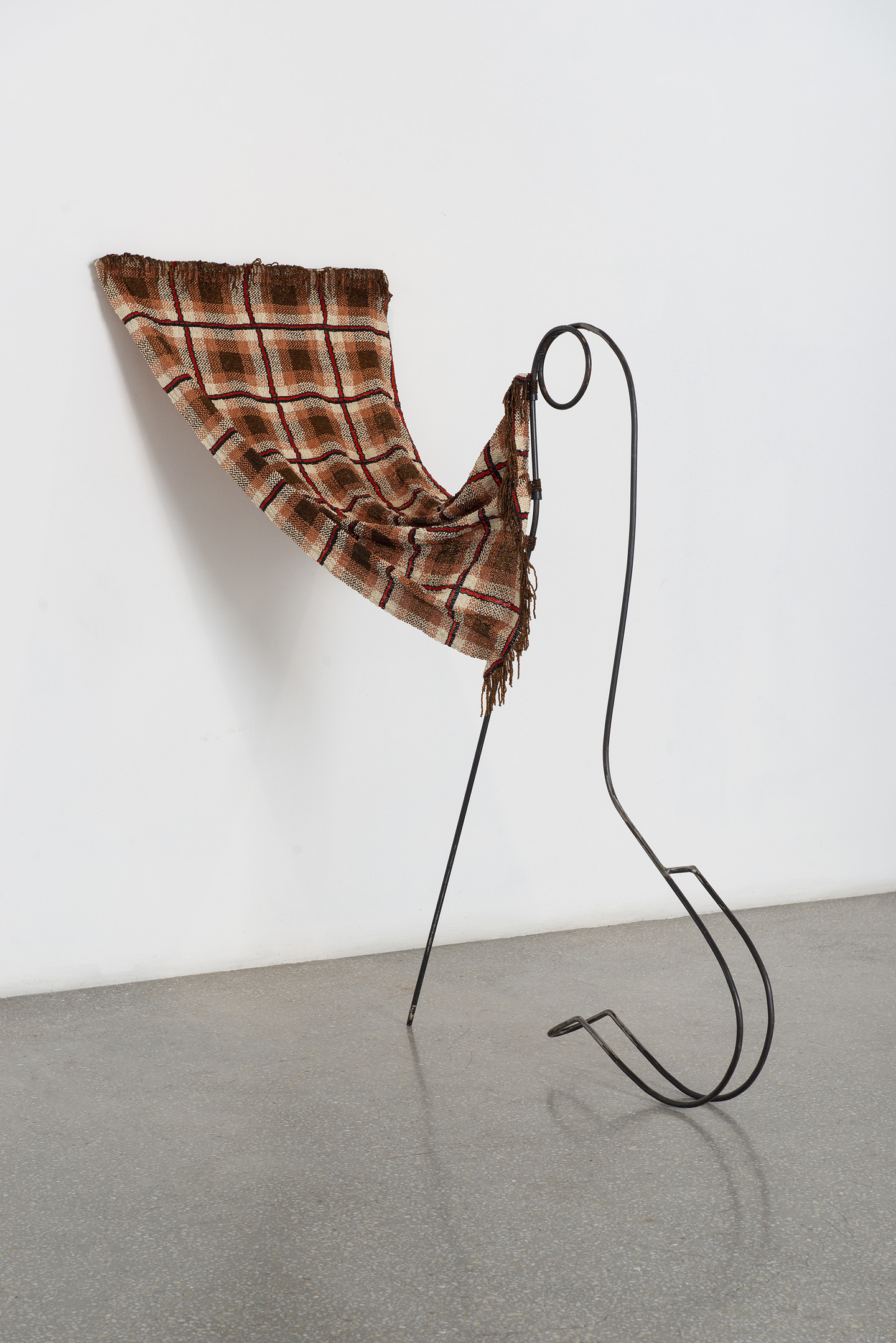 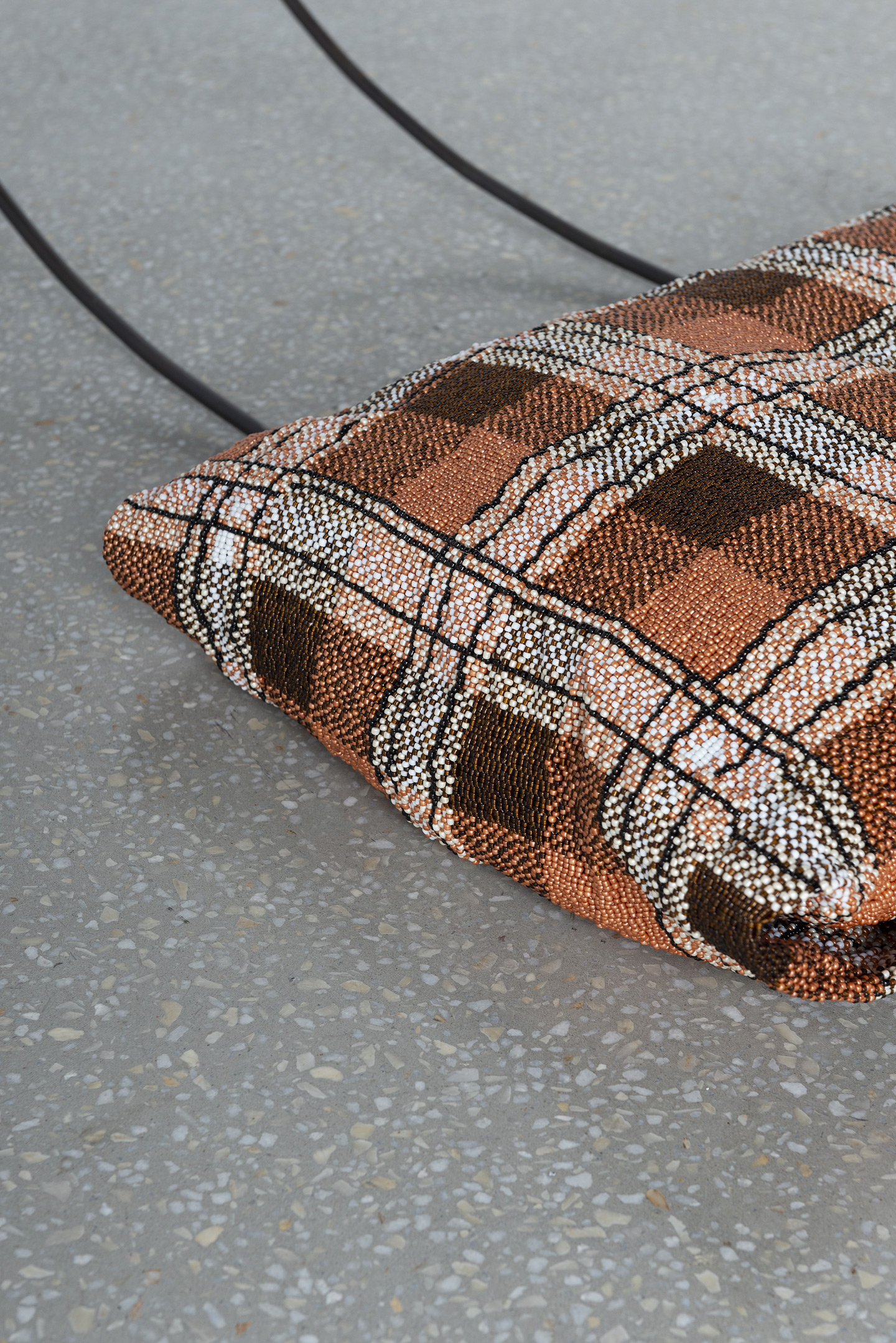 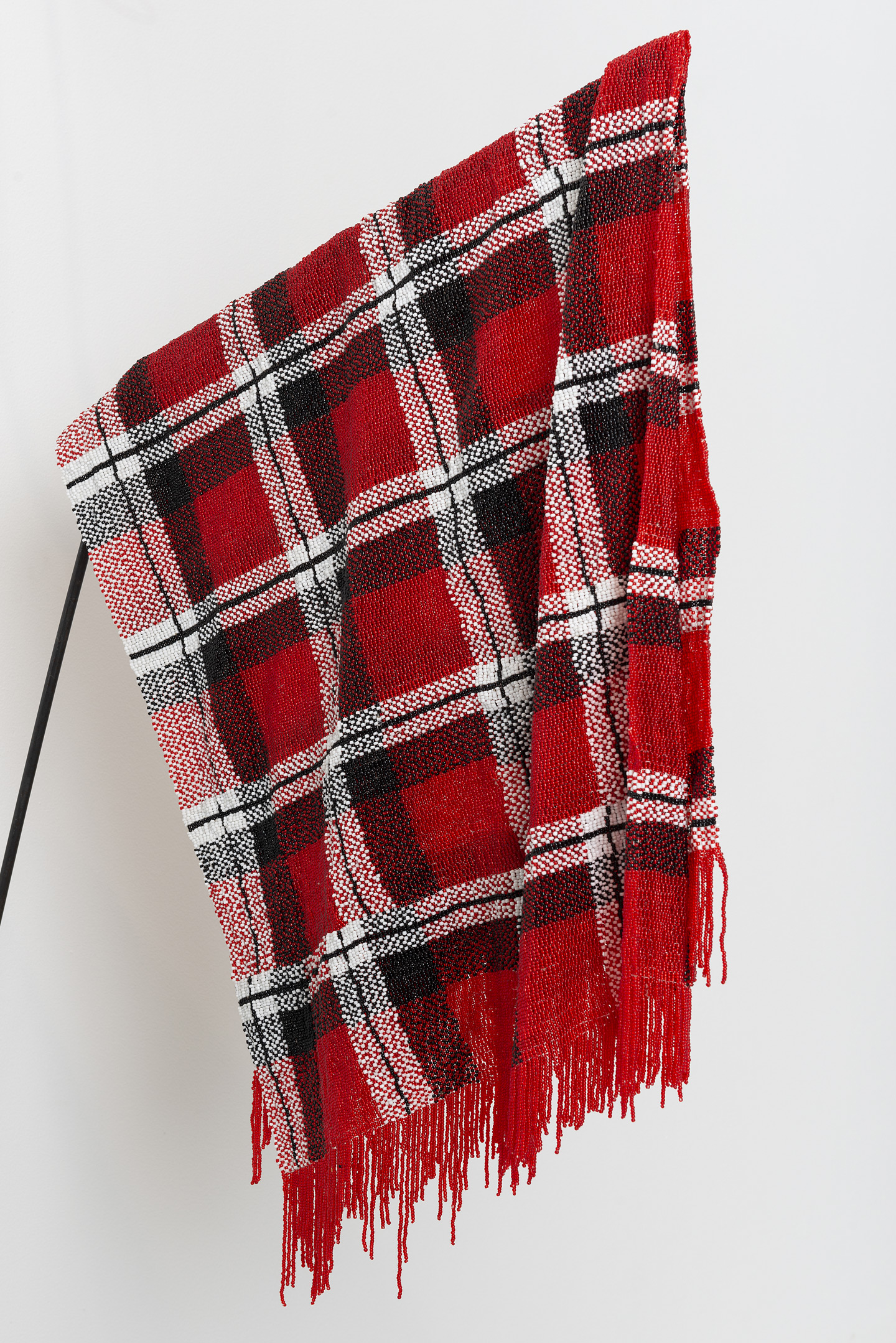 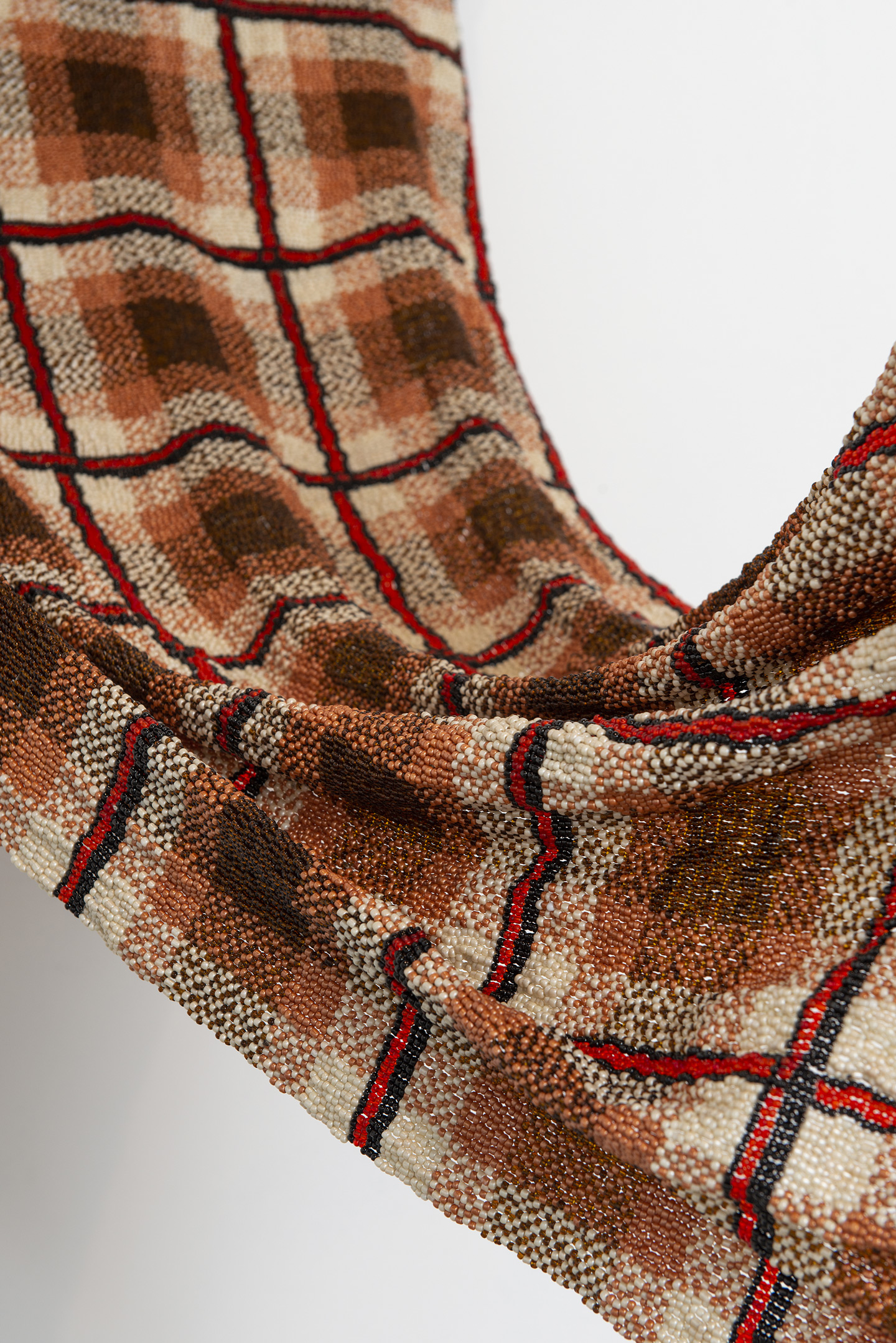 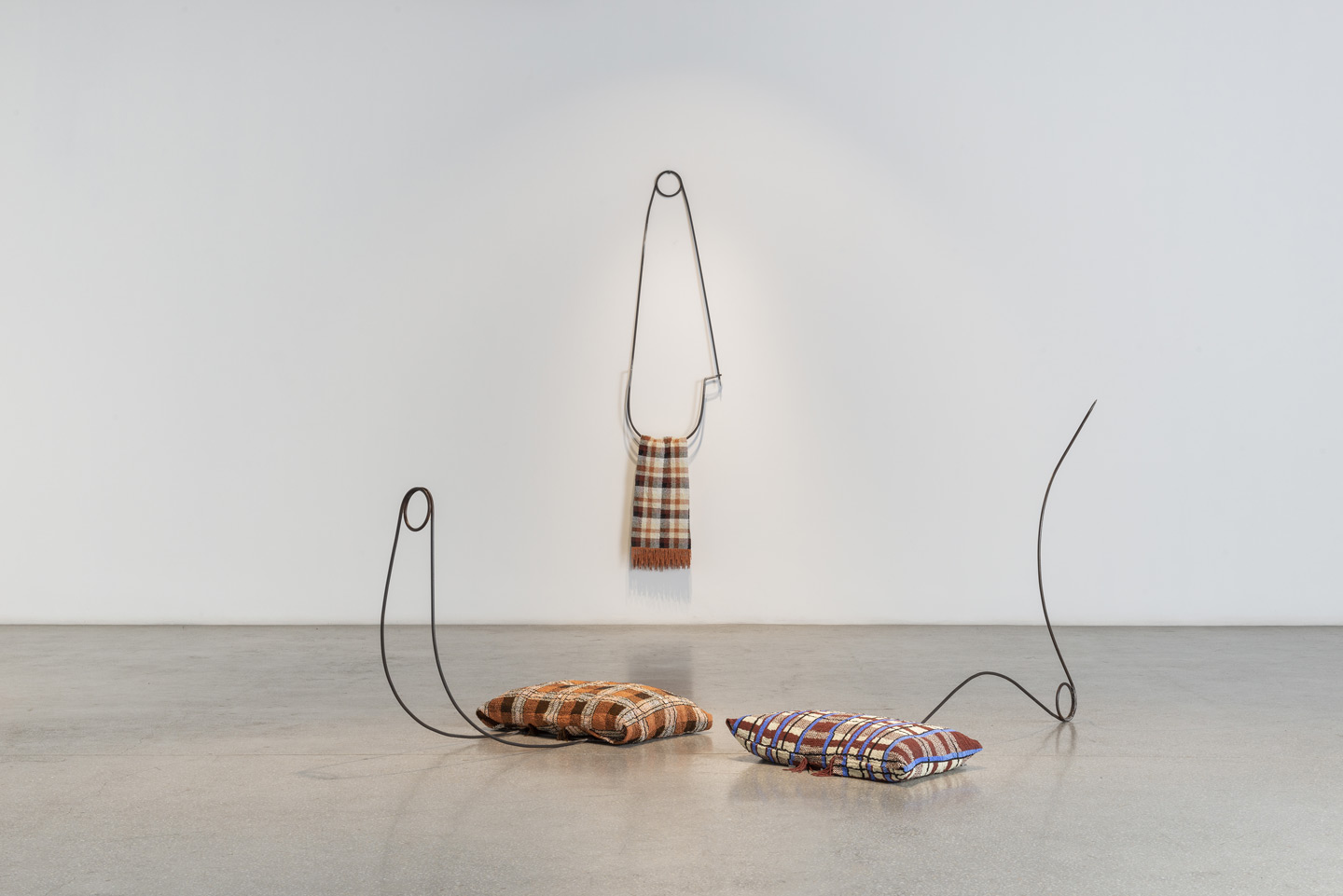 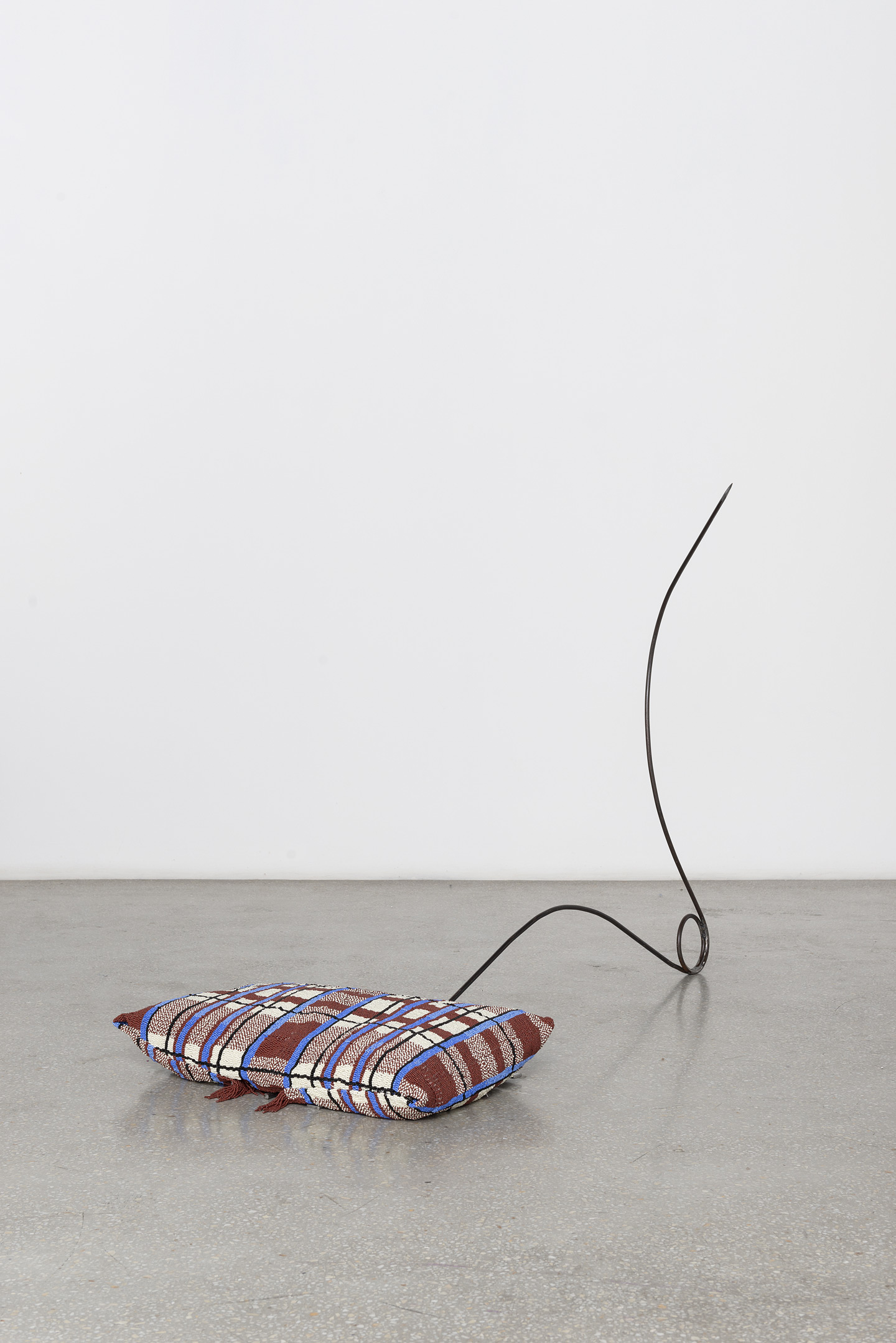 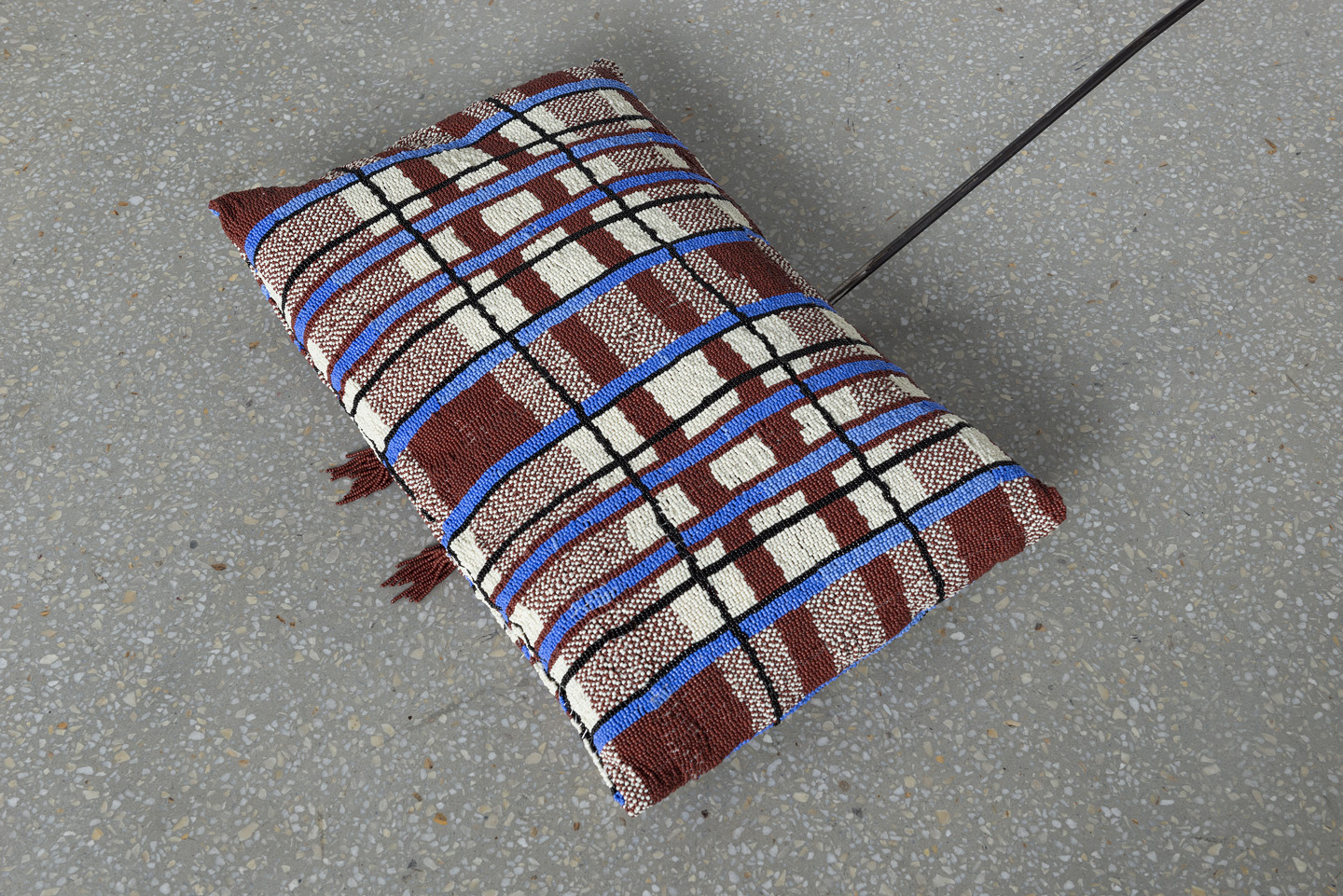 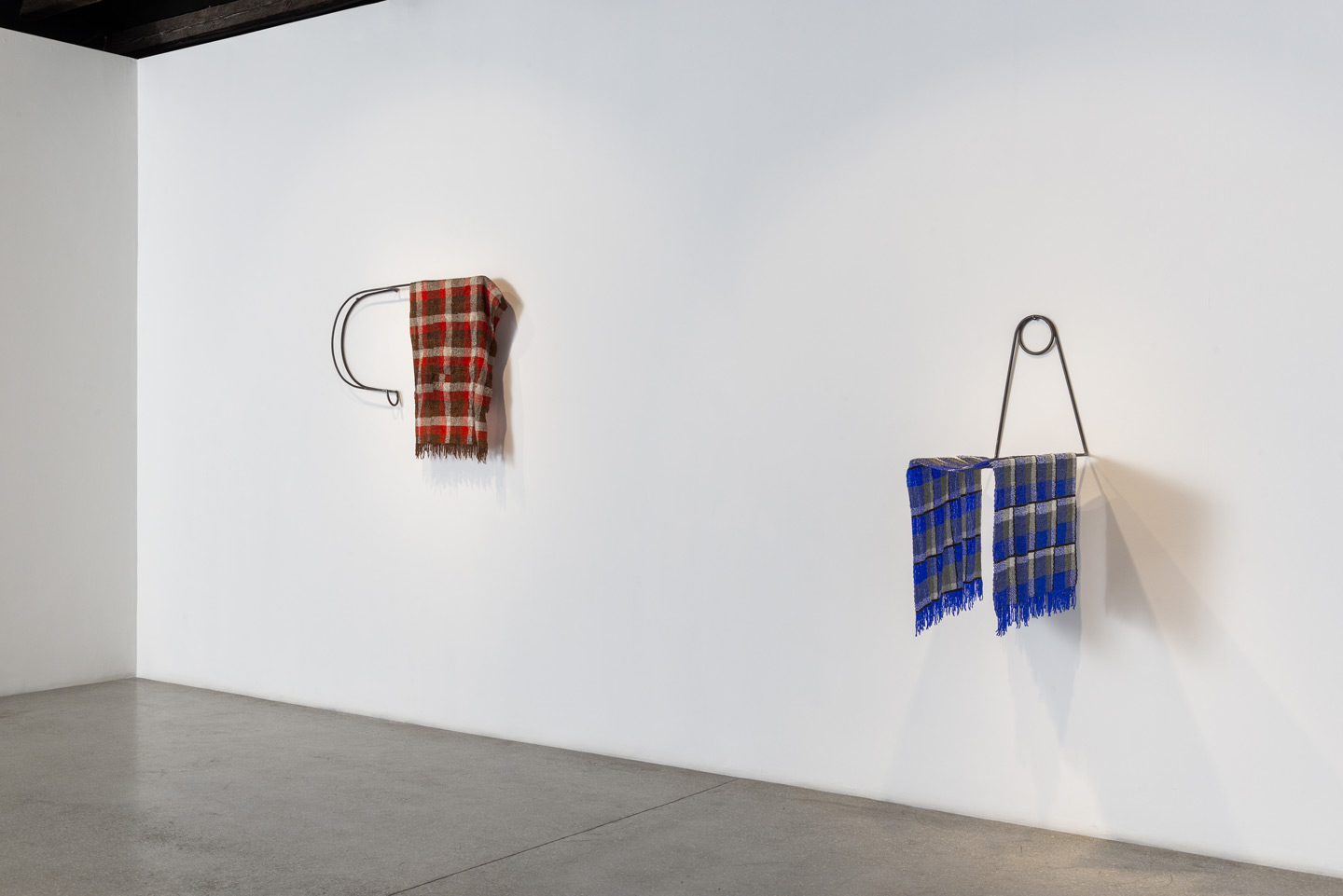 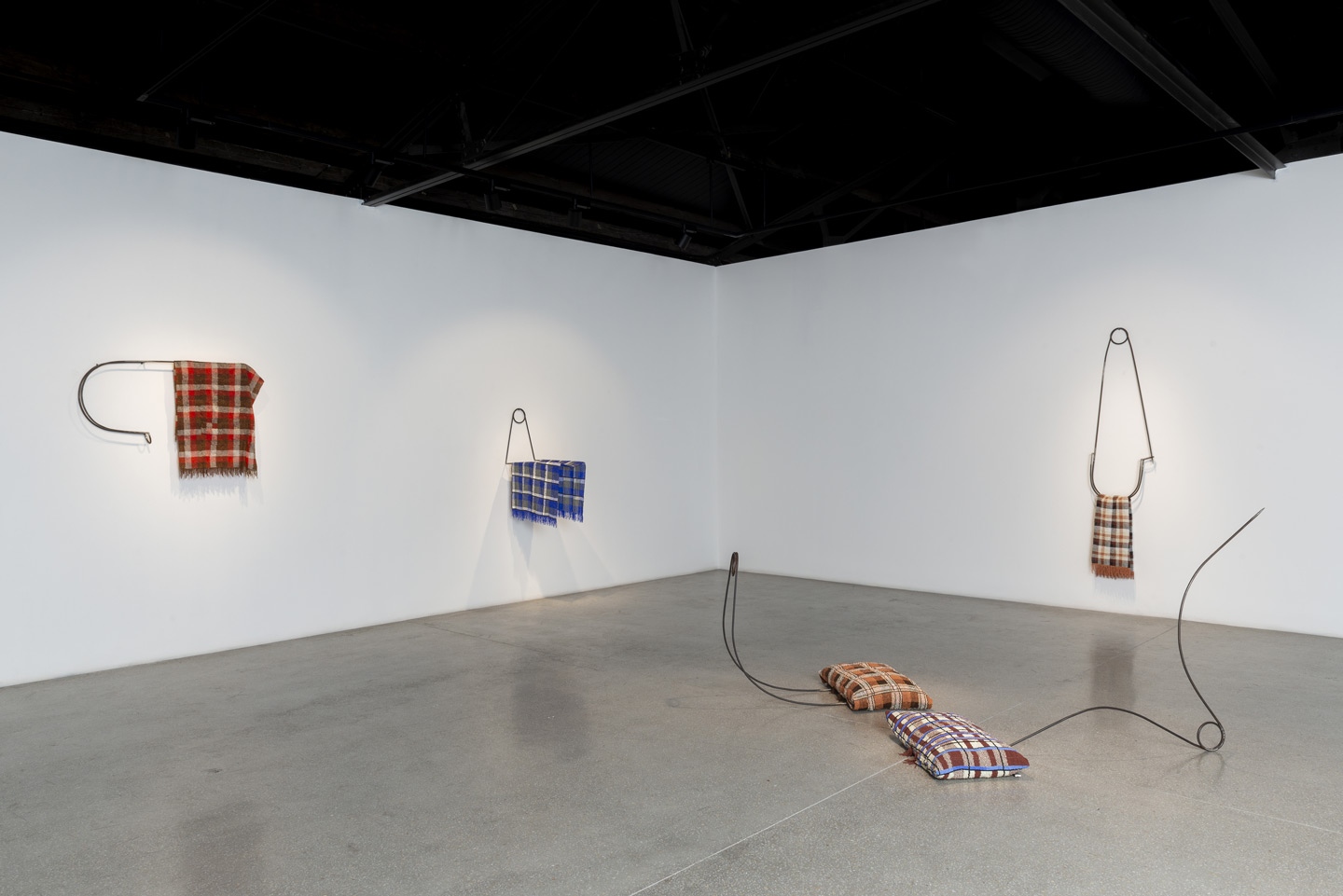 By Anele Ngqokwe
(Translation by Nobuhle Mngcwengi and Kyle Hudson)

[1] Inzila is a customary practise which includes the abstinence from numerous behaviours, and awithdrawal inward, in advance of an important ritual. The abstinence includes sexual activity, whatfood you eat, what clothes you wear, as well as how you interact with others. In this poem, Inzila isreferring specifically to the period of mourning between a death and the ritual that brings themourning to a close. After the death of her husband, a widow is required to wear a shawl over hershoulders, and black clothes, for about 3 months.

[2] Gili kaNgqo is a wicked creature in Xhosa folk tales, who kills and destroys indiscriminately.

“Once you know how to make beads, you cannot keep it to yourself.”

This is the sentiment that underpins Asemahle Ntlonti’s exploration of beadwork in her latest exhibition, Vuthulula. Ntlonti’s collective approach to making reflects the isiXhosa culture of beading, where artistry is shared across generations. Women join in circles and meditatively string beads along thread to the pace of choral singing, conversations, and story-telling. In these circles, sonic resonance is used to track space and time, and collective power translates into this specialised hand craft.  Vuthulula is made in collaboration with MonkeyBiz beadwork artists, Mathapelo Ngaka, Lungiswa Sitshaya, Noxolo Dyosi, Asive Lempuku, Pumla Lempuku, Notsina Faniso, and Ntombentsha Billy.

Much like beaders, Ntlonti embraces knowledge sharing and a collective approach to making, rather than the isolated romanticism of being a singular artist-in-studio. For Ntlonti, beading is a way to trace and connect with her isiXhosa lineage. Beads hold an unfathomable spiritually and significance across Africa. One must be guided by consciousness and ancestry, Ntlonti explains, and permission must be granted to explore this medium. For this reason, Ntlonti presents Vuthulula as an offering of her journey: “of discovering where I am from, who I am, and who I was before”. This exploration is an extension of Ntlonti’s practice, whereby she investigates why so many black families have been, and continue to be, torn apart: whether geographically, economically, spiritually, or ideologically. An influence intrinsically linked to Nongqawuse’s failed prophecy, which led to a split of Xhosa people into Believers and Unbelievers, dividing families with devastating consequences.

Another motif Ntlonti highlights in Vuthulula, is ityali: a traditional, checkered felted blanket, or shawl. These are used in birth, in marriage, and in death; as a woman, ityali reflects your life cycle and initiation into womanhood. Their function is to fasten a baby on one’s back, to swaddle, and to wrap up and warm. This act of “wrapping up”, uquta, is used as an expression to keep something safe, secure, and sacred. Metaphorically, it translates as carrying your family, their history and their secrets. uQuta is to wrap up one’s home in a blanket. This is perceived to be one’s livelihood, and a way of locating oneself in the world. “I am, because my family is.” This expression translates to keeping one’s existence and the little one has safe and sacred, as it is very dangerous to share when you do not have a lot that has not been taken or tainted. Ntlonti responds to this sense of preserving life. Ntlonti further uses this blanket as a symbolic response to collective mourning, or inzilo.

Ntlonti personifies ityali through the ways in which these beaded blankets are displayed on metal frames, mimicked to look like large safety pins. Ntlonti visually references safety pins due to their association to utility, strength, and reliability. The saying “intsimbi ayigobi” speaks of strength, and is used to refer to a person being as unbendable as metal, and able to withstand any amount of weight or pressure. Safety pins never falter in their ability to bind together, and are always around when you need them. There is an element of ‘the love letter’ hosted by these small objects, often passed on between two women when a garment breaks. In the exhibition, these take on the roles of totemic saviours, used to pin ityali together so that they can be warn as shawl intended to provide warmth and security.

Safety pins are universal tools, with open associations to memory. Like ityali, the viewer can choose how they relate to this object. Ntlonti draws the viewer in, to intimately reflect on time, place, self, and the home from a place of nostalgia, and as means of finding belonging.

Born in 1993 in Cape Town, South Africa, Asemahle Ntlonti graduated from the University of Cape Town’s Michaelis School of Fine Art with a Bachelor of Fine Arts in 2017, where she majored in sculpture.

She was awarded the 2018 Young Female Residency by The Project Space, a non-profit cultural institution founded by the late Benon Lutaaya in Johannesburg, South Africa. In 2019 Ntlonti attended a residency at the South African Foundation for Contemporary Art (SAFFCA) in Knysna and Saint Emilion, France.

Ntlonti’s work has been exhibited widely in South Africa and abroad. Vuthulula is Ntlonti’s third solo exhibition, with others including Nothwala impahlana at WHATIFTHEWORLD and Kukho Isililo Somntu II, at Blank Projects, Cape Town. Most recently, she has participated in the group shows 021 – 2021, Stevenson, Amsterdam; Space & Place, Galerie EIGEN + ART, Leipzig, Germany; and RESTUDIO, Johannesburg. In 2019, her work was included in several group exhibitions, including The Female Line, SMAC Gallery; Sans, Open 24HRS; and Unresolved Category, Gallery MOMO in Cape Town, South Africa.