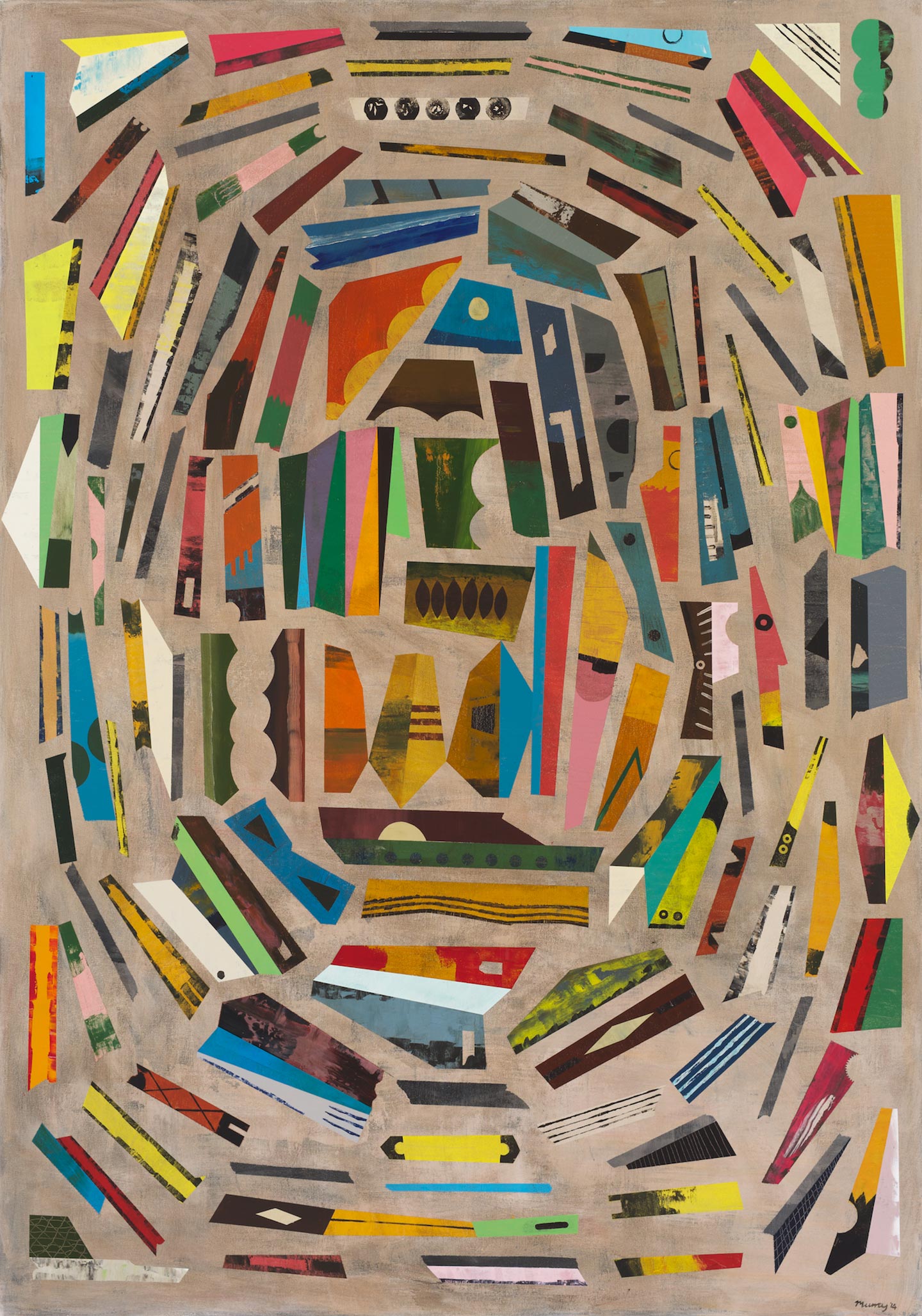 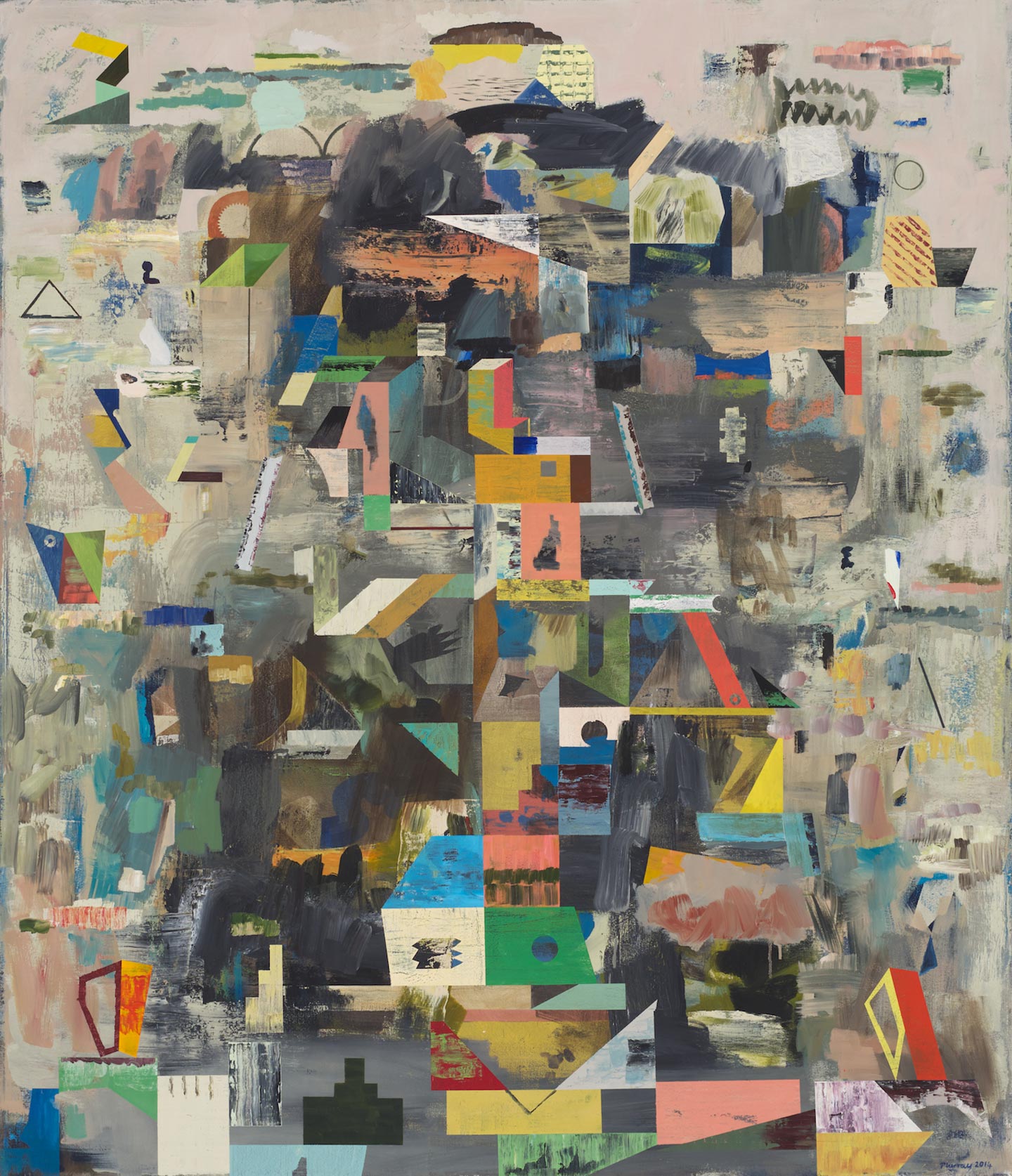 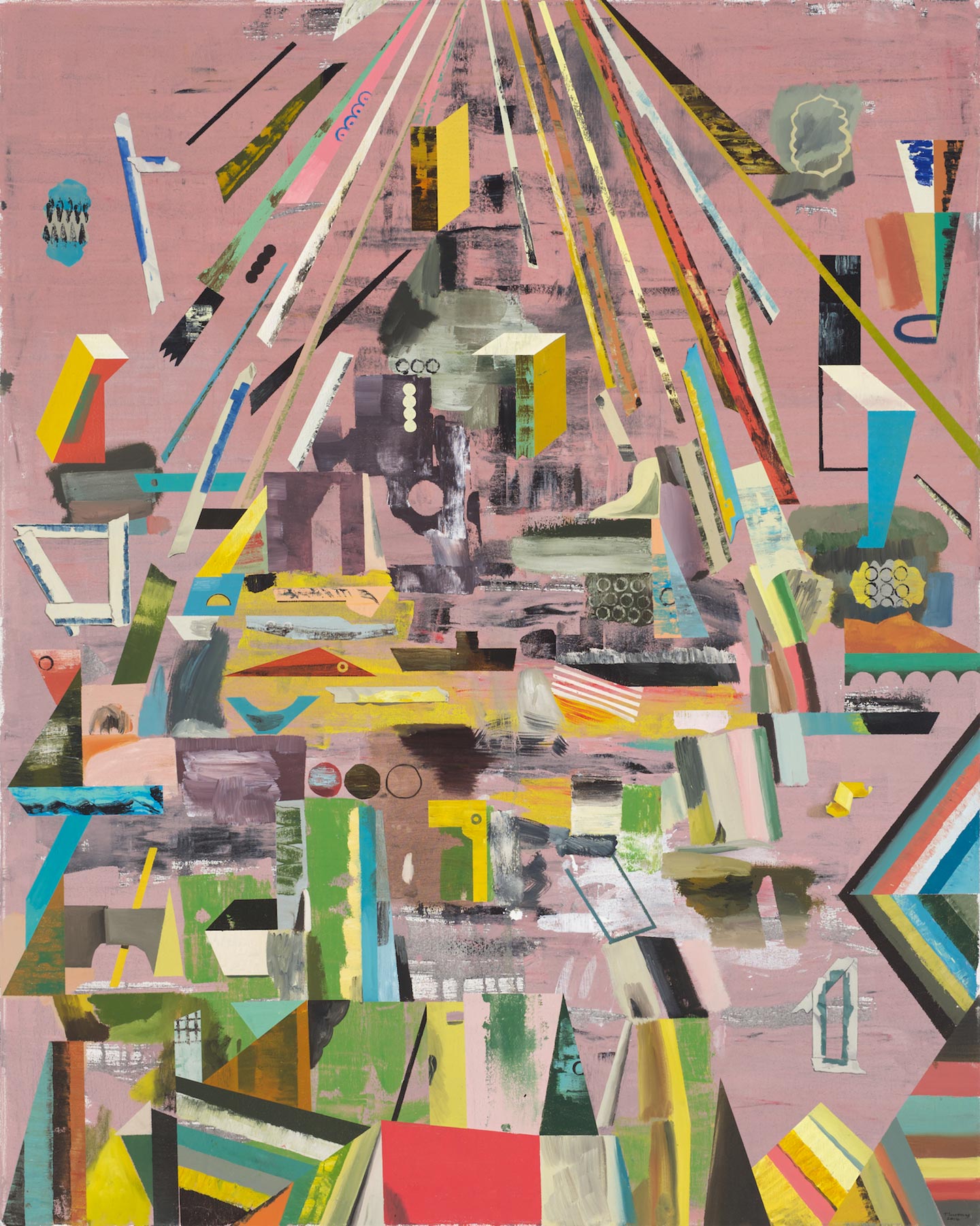 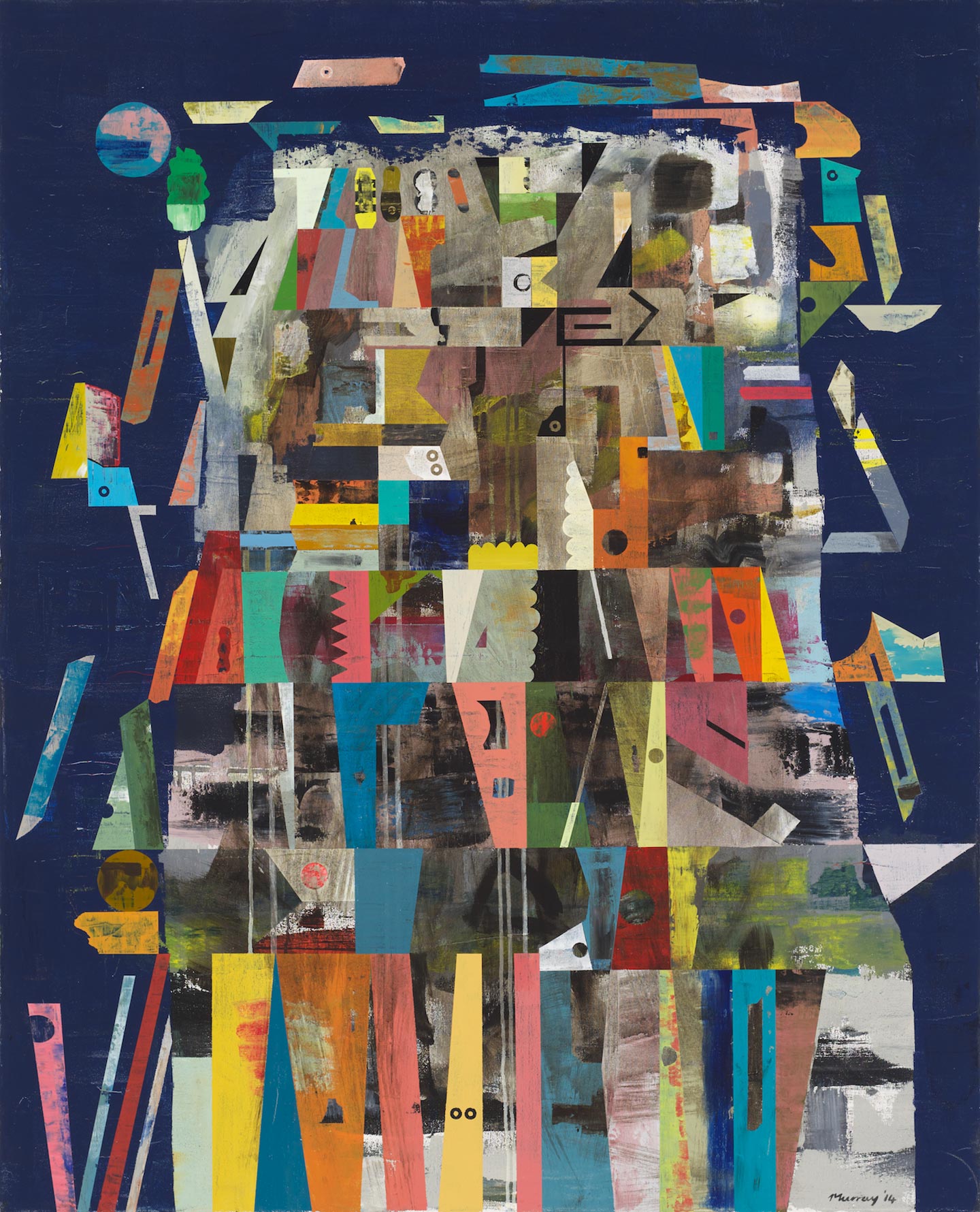 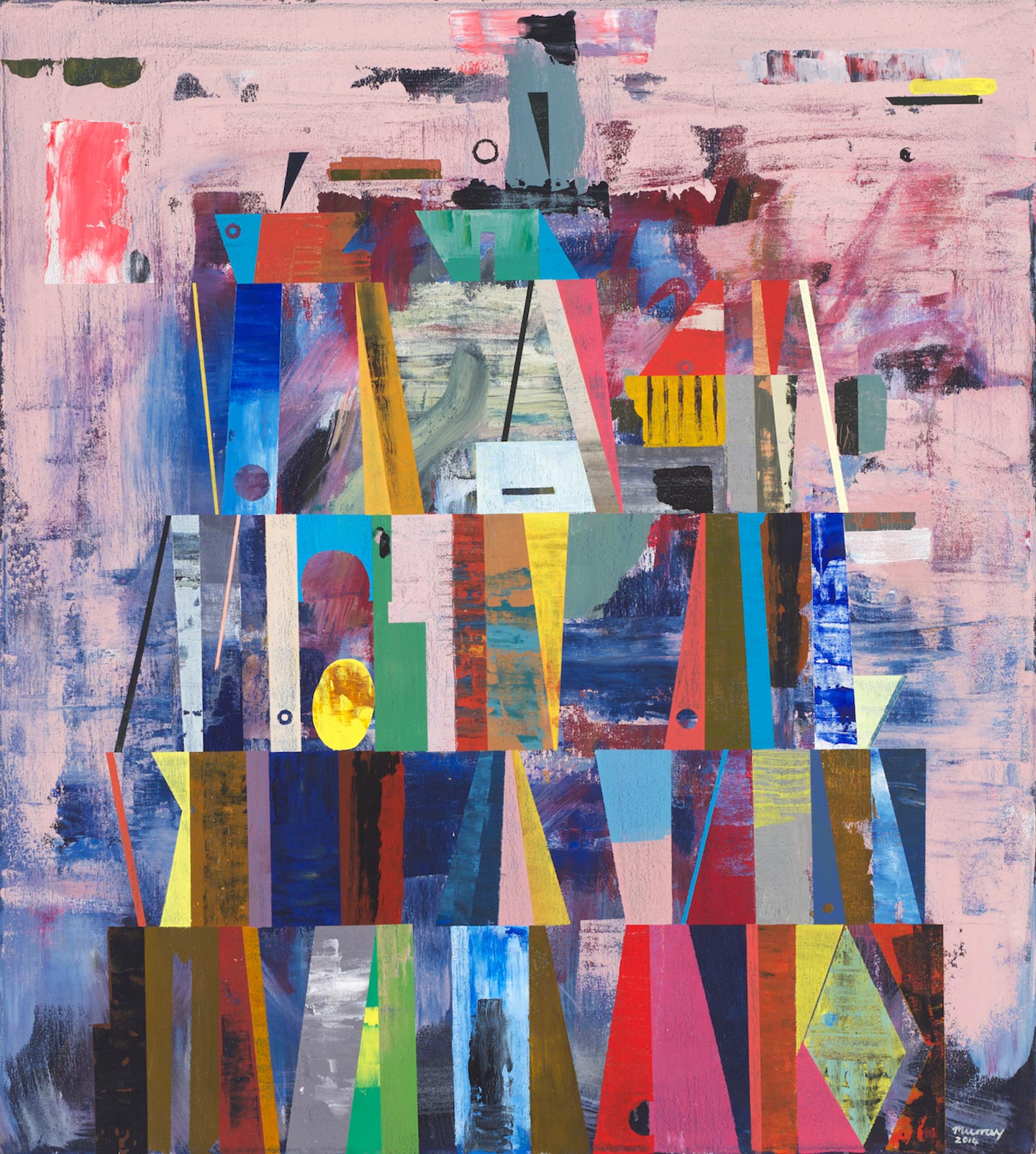 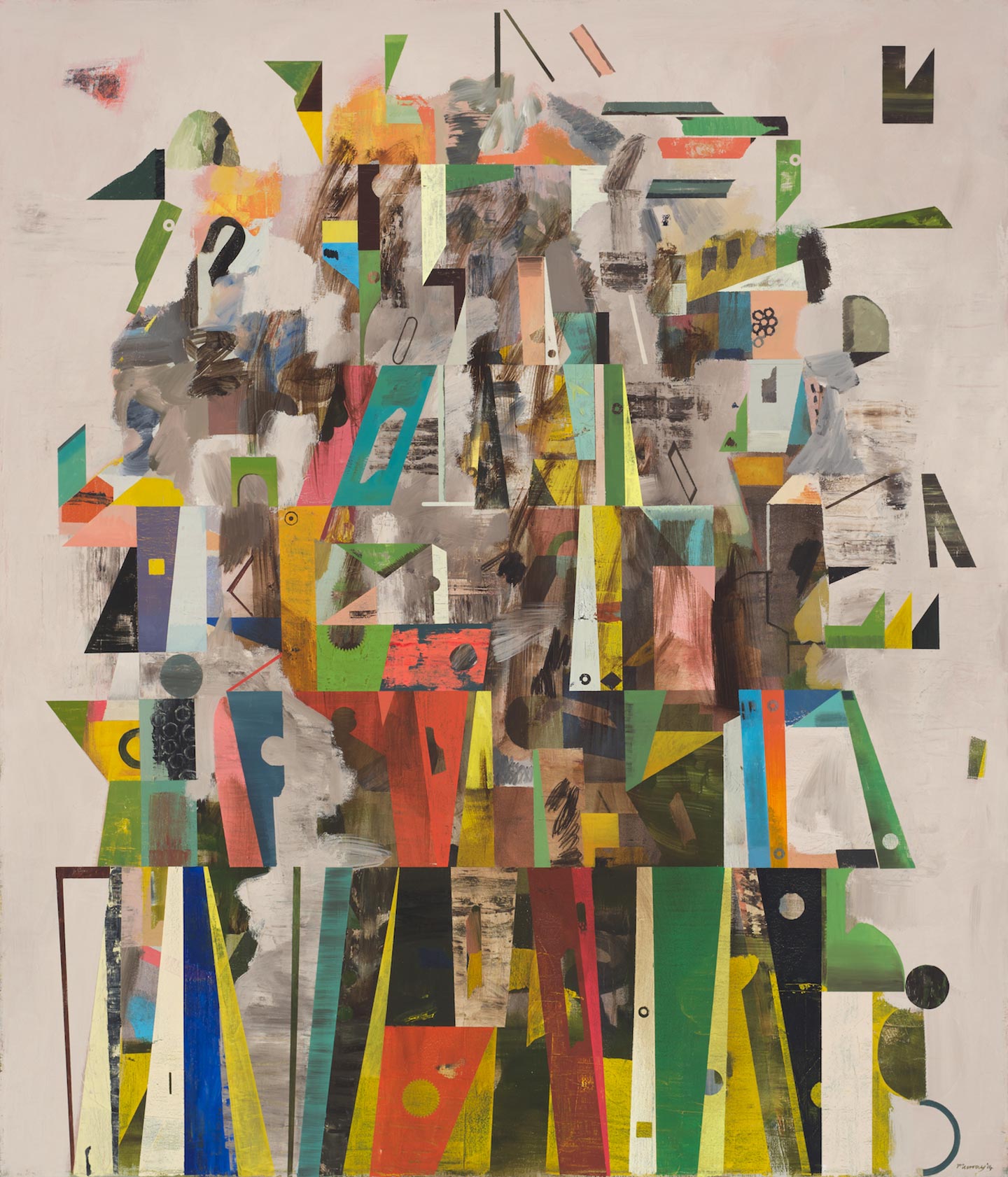 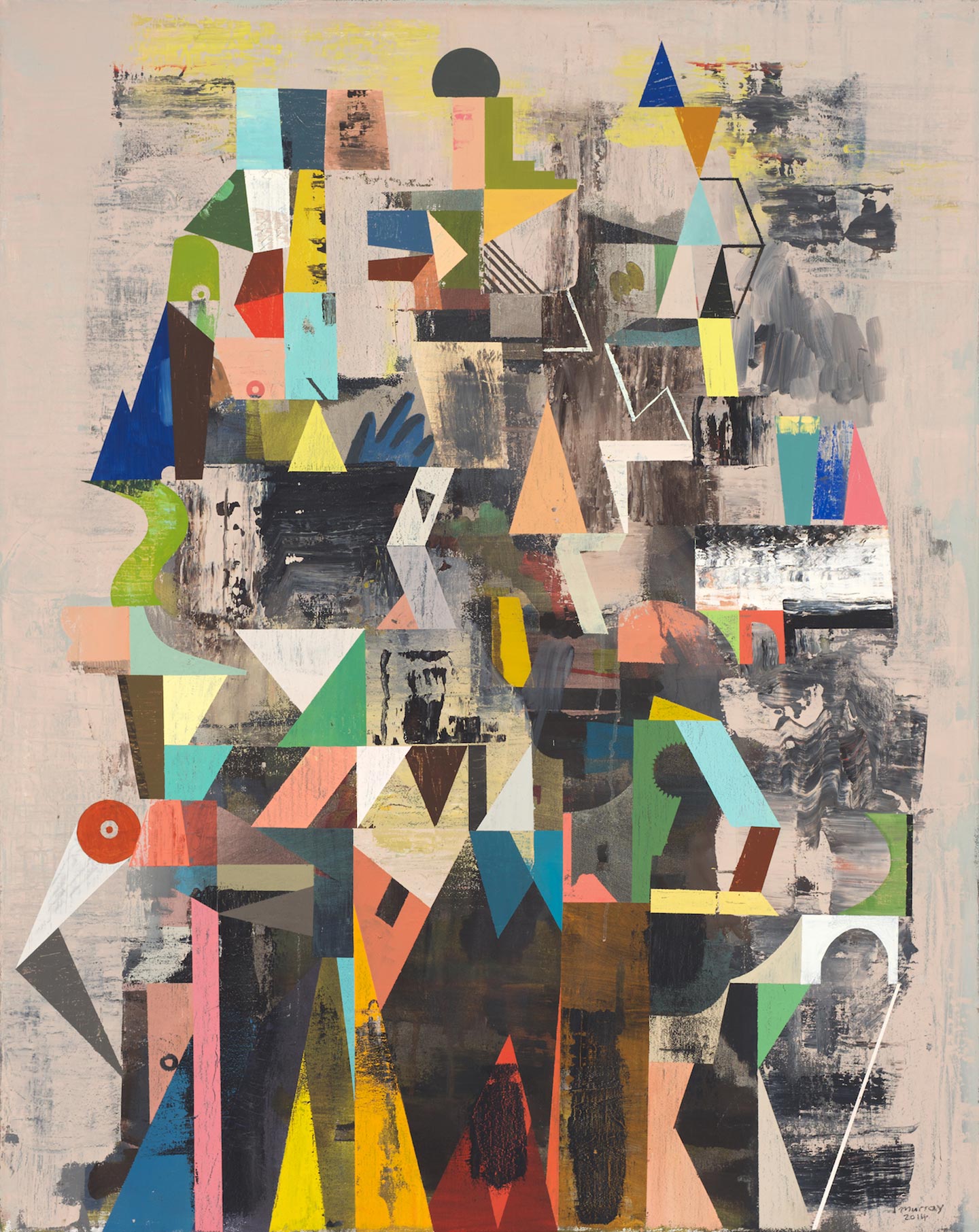 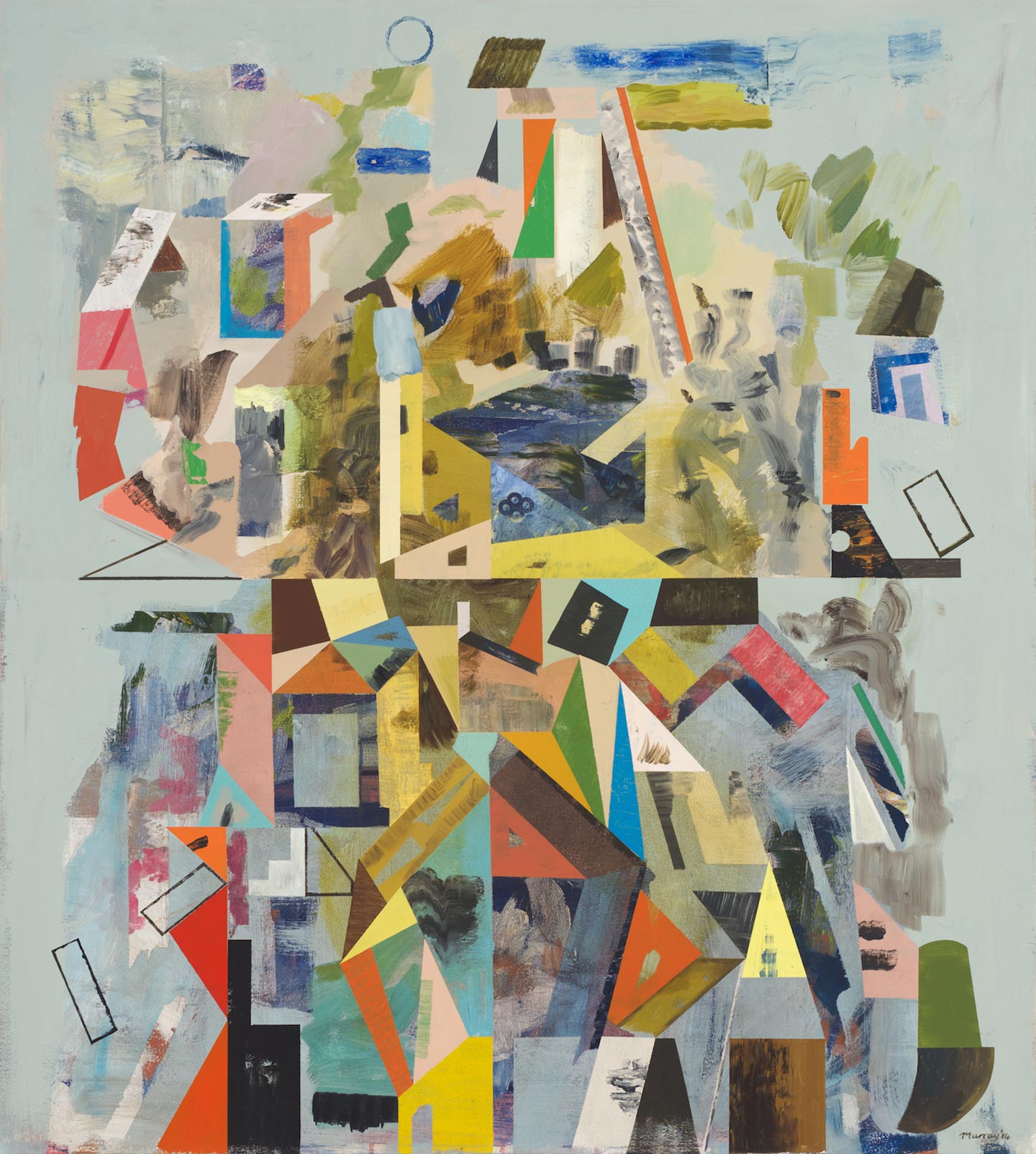 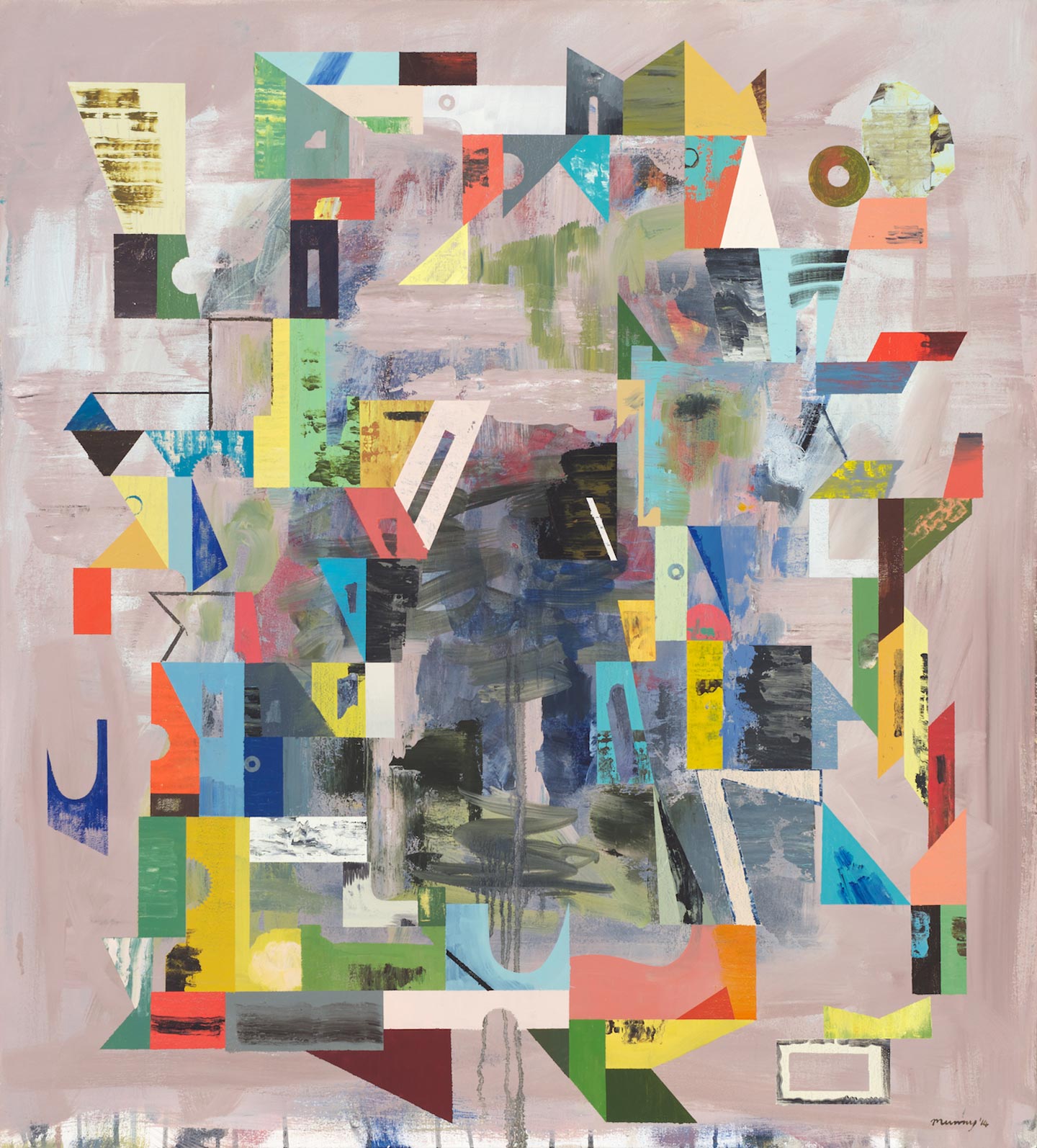 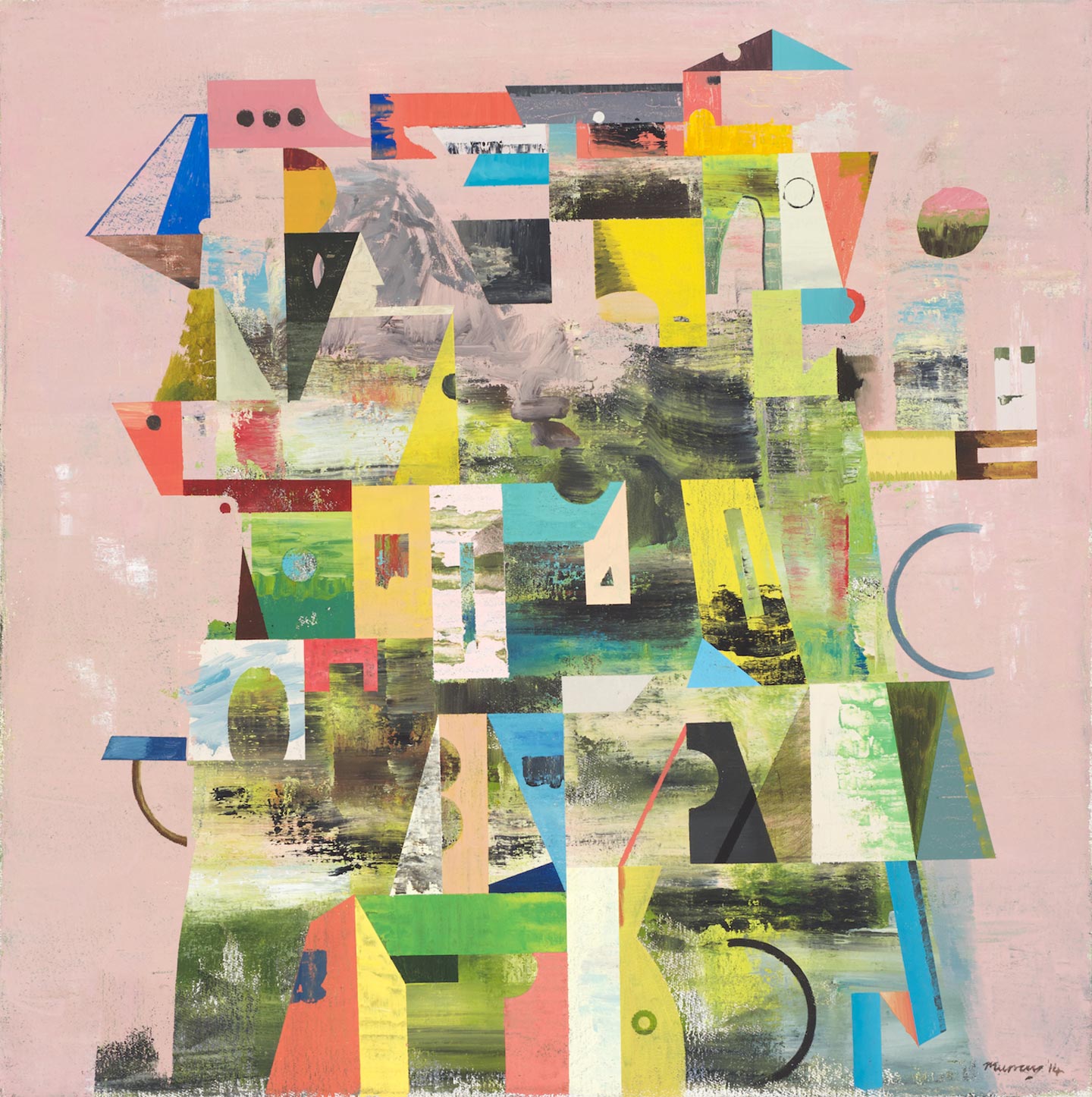 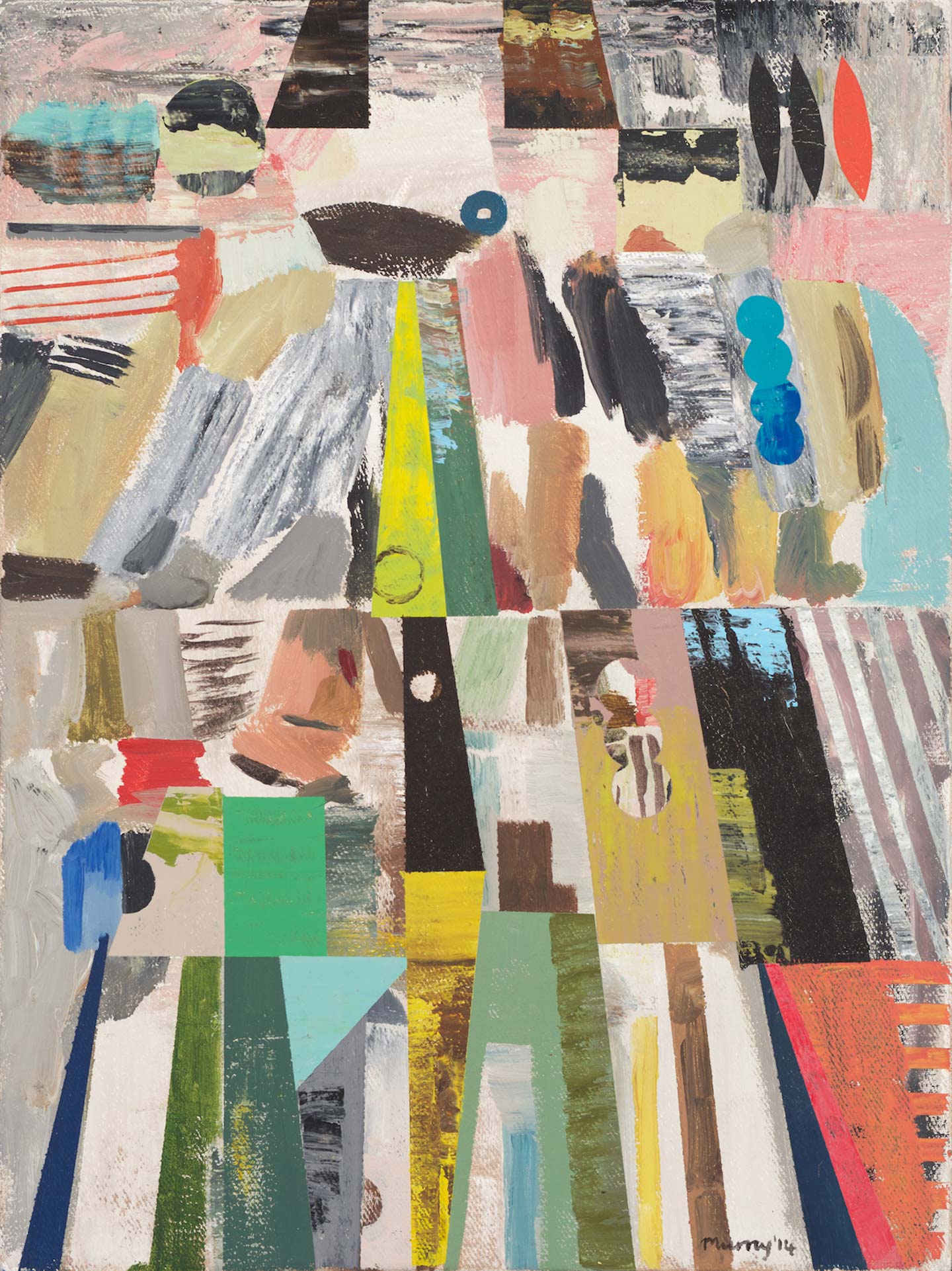 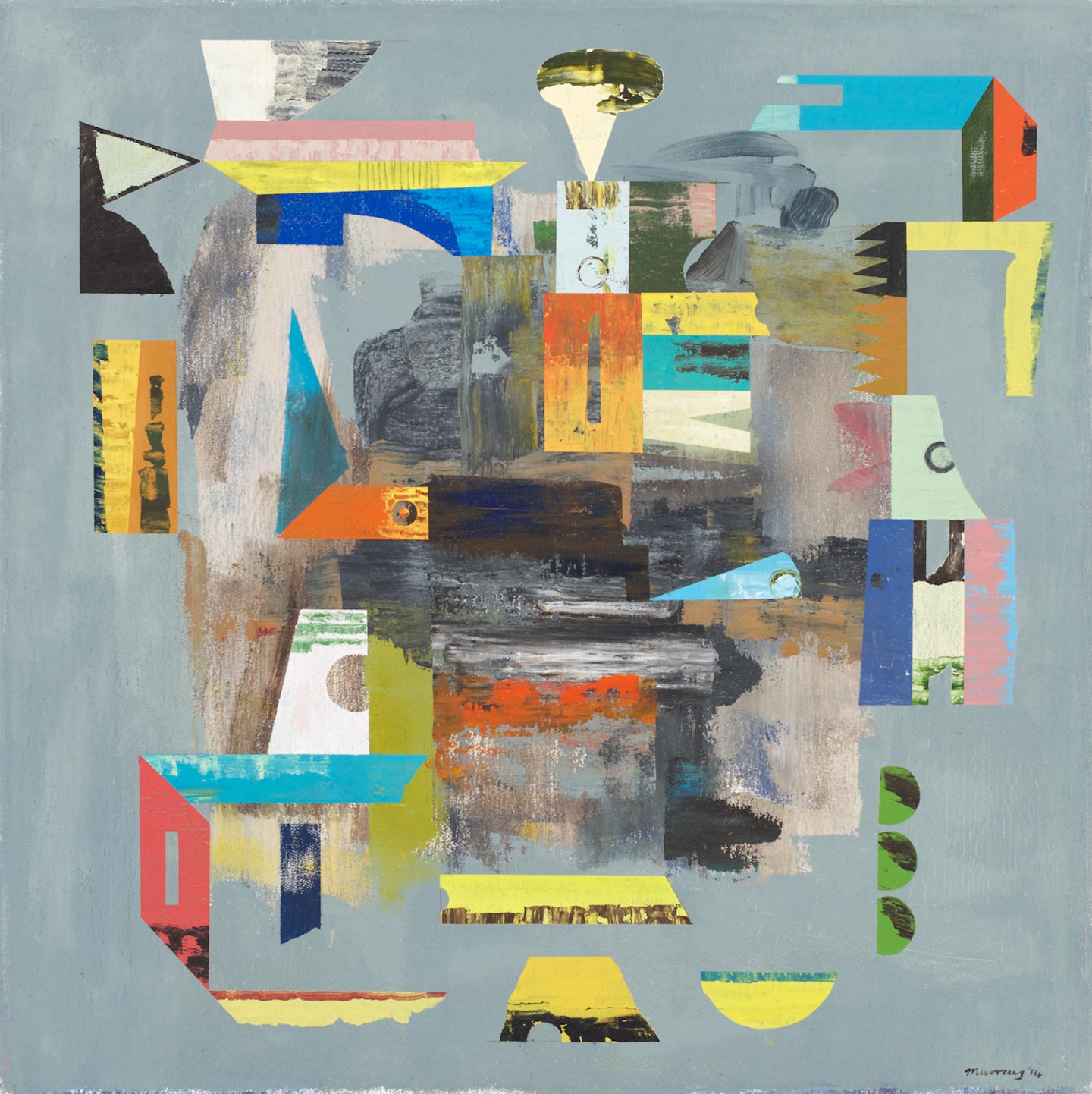 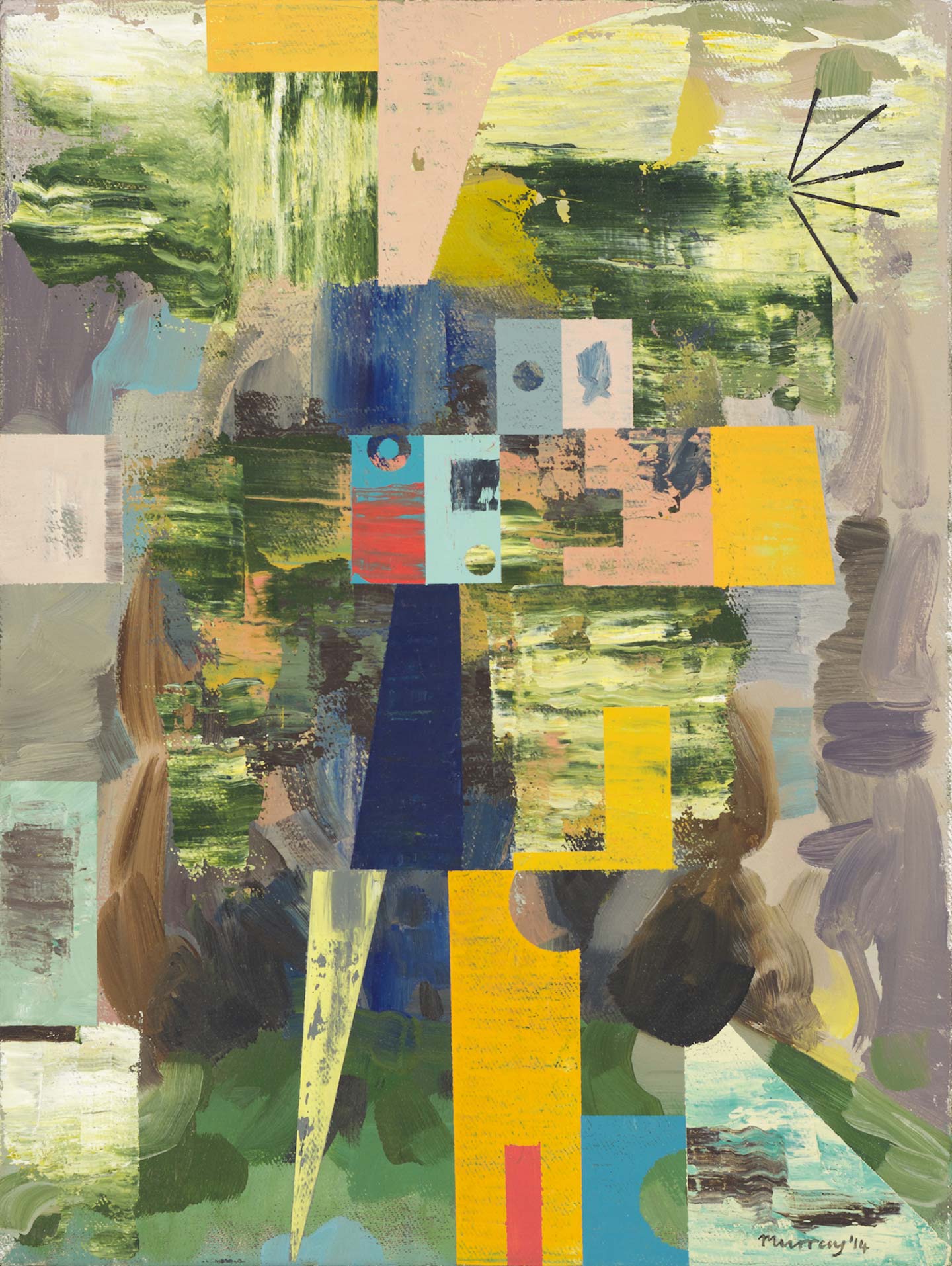 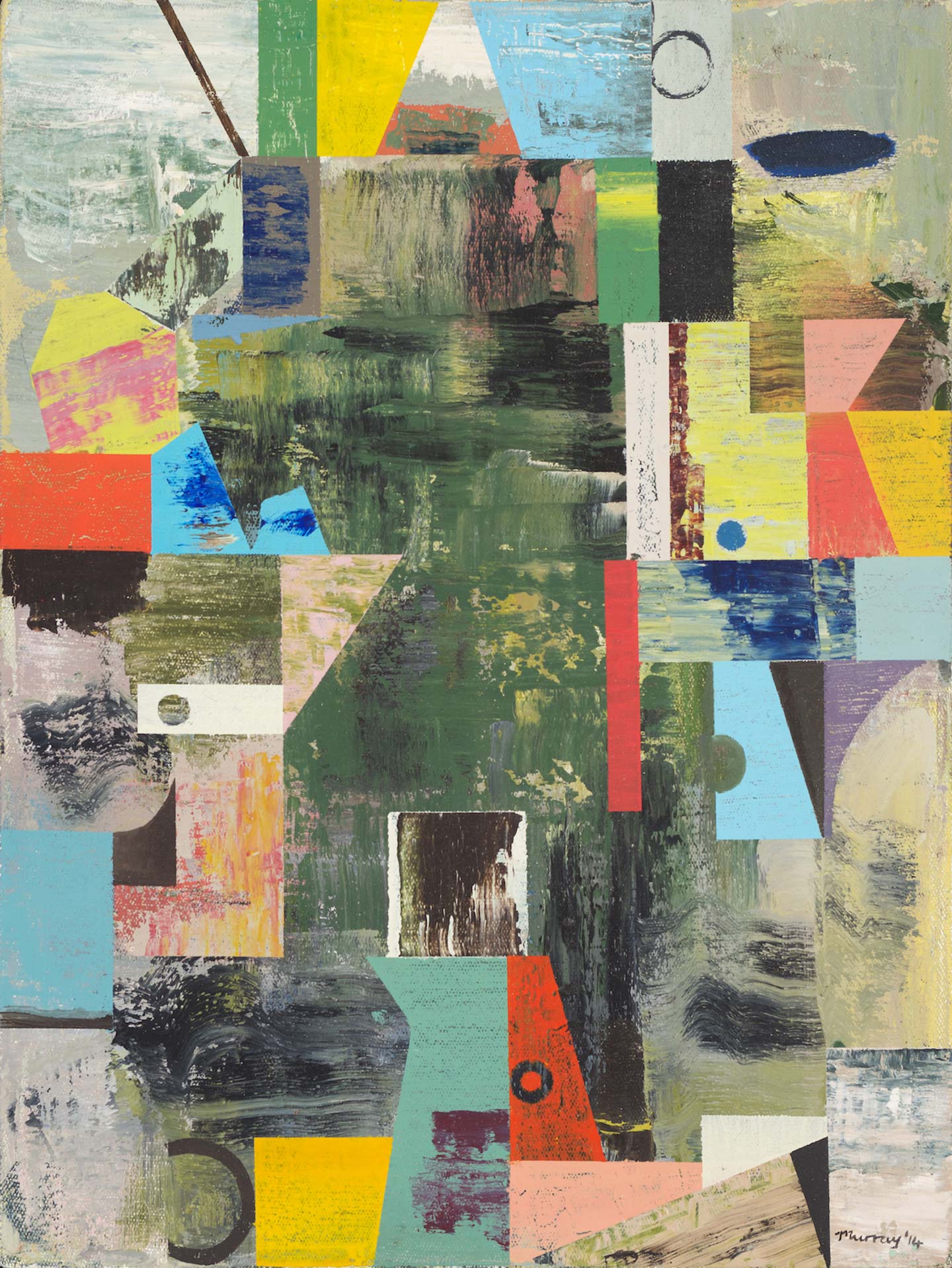 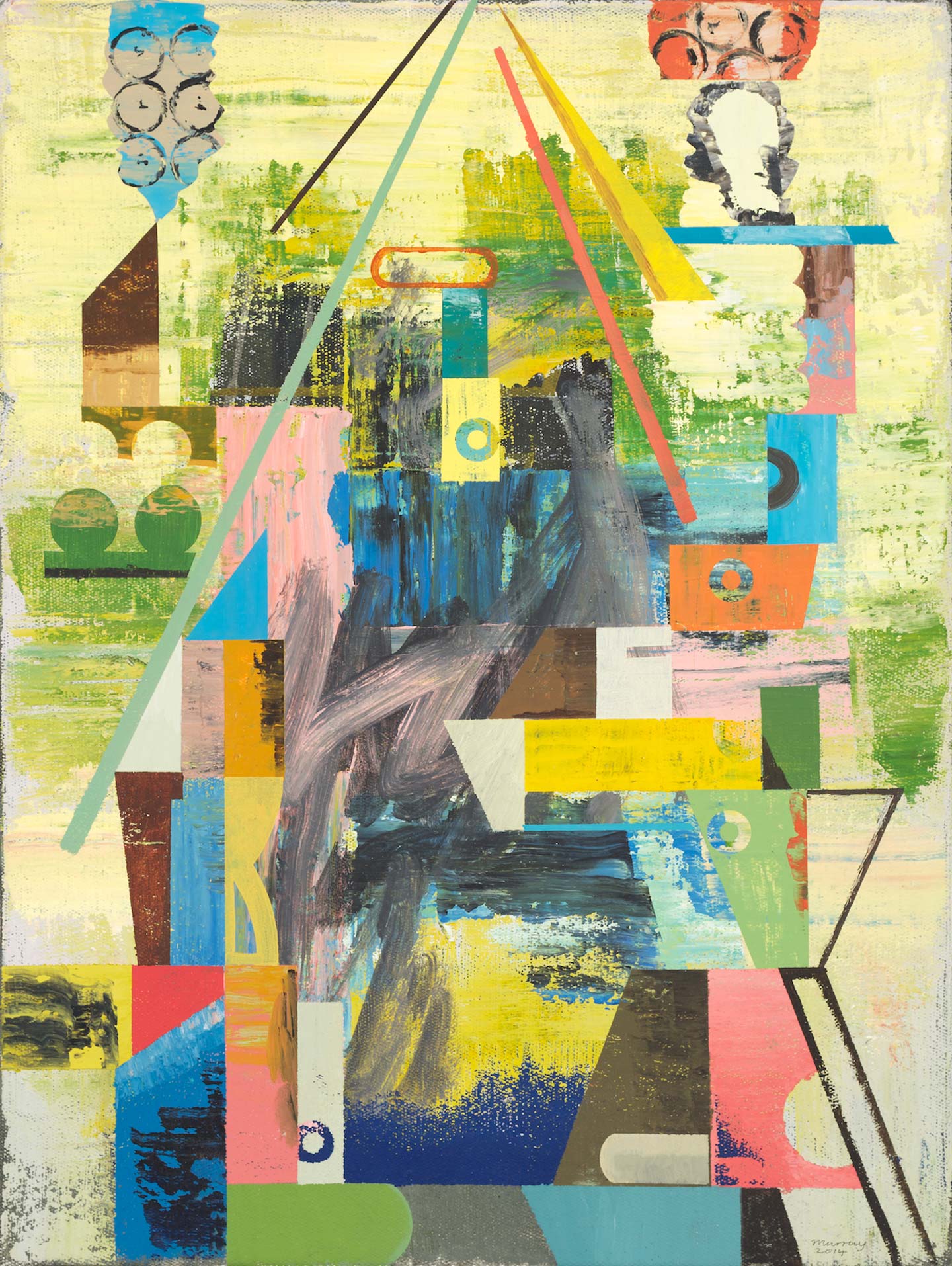 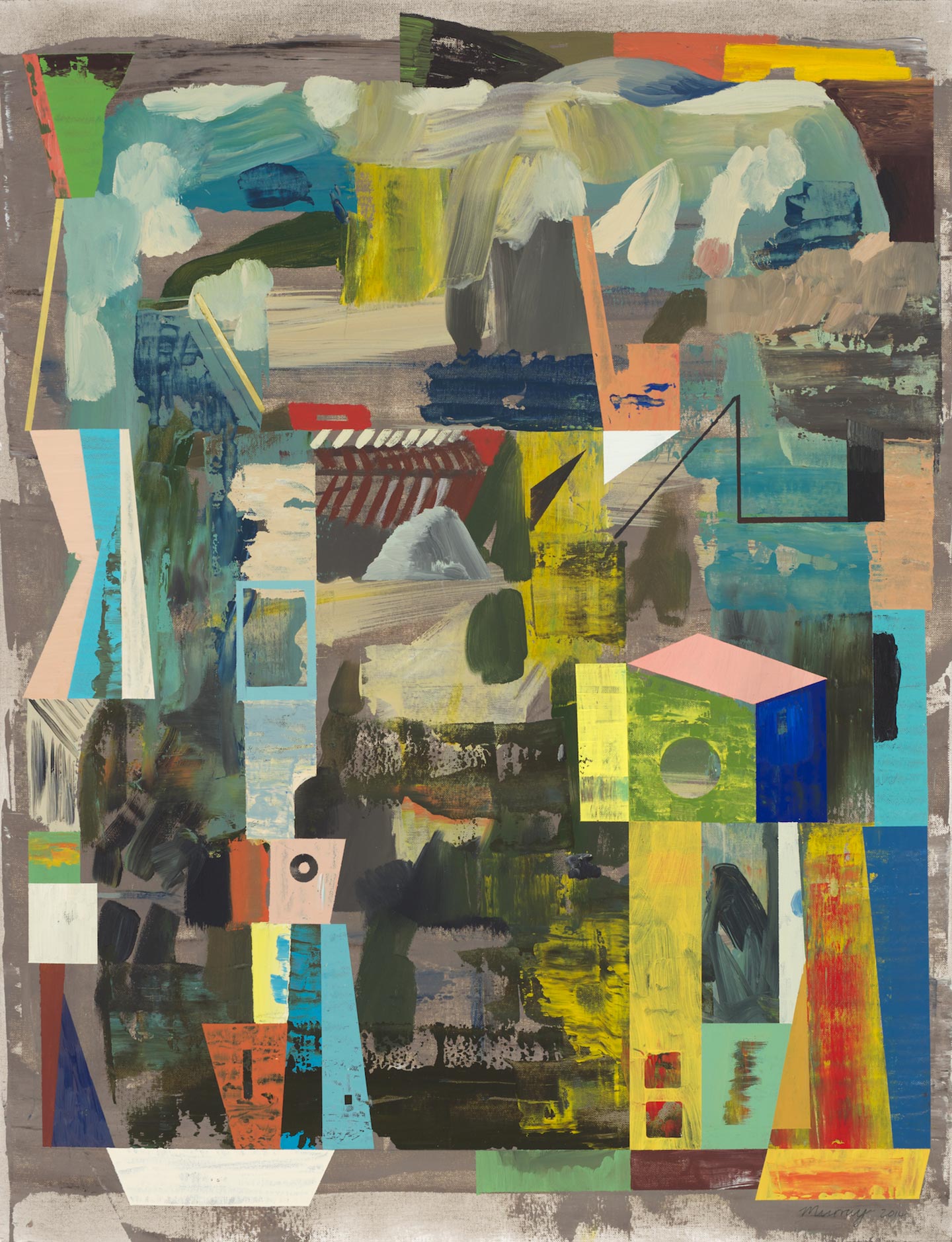 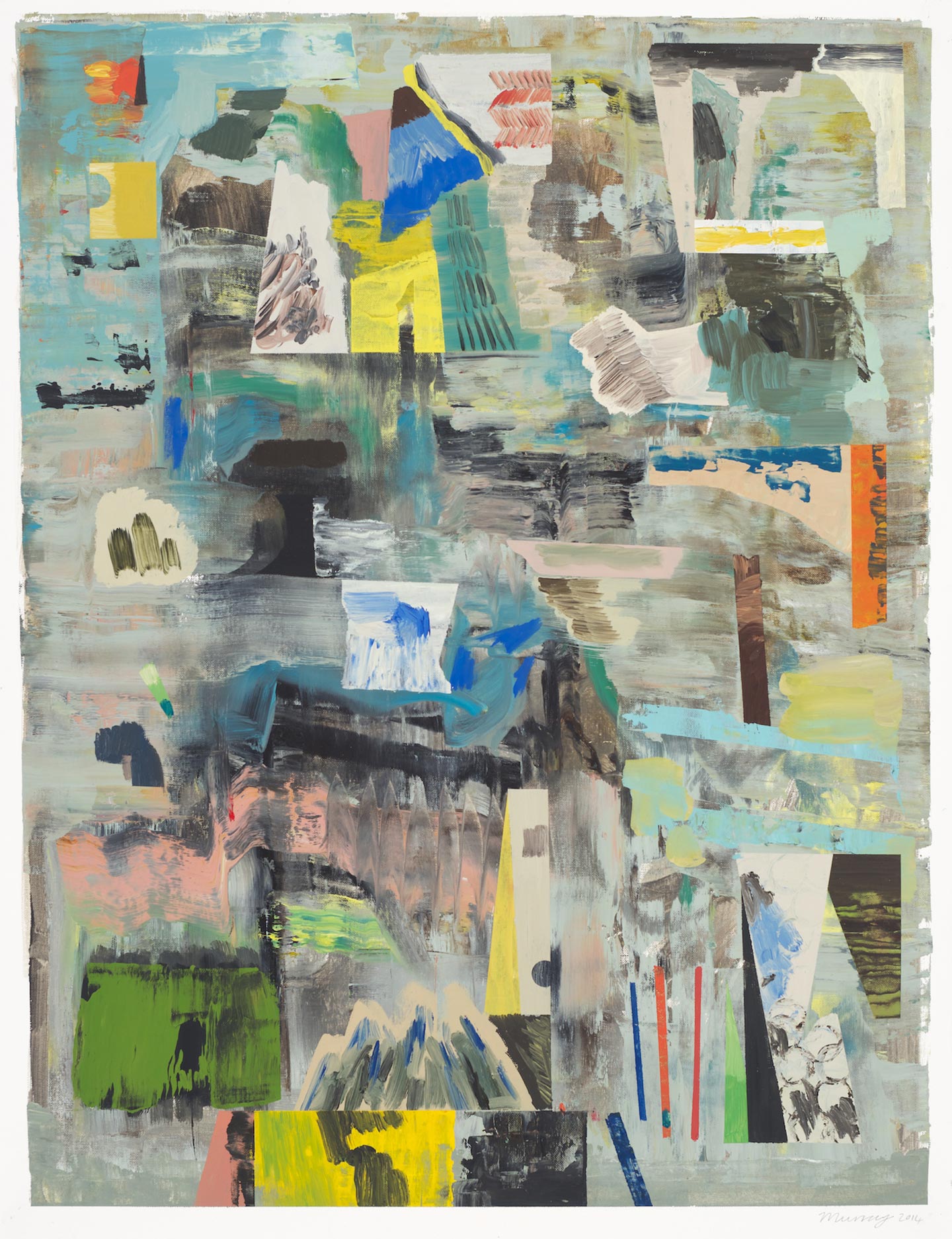 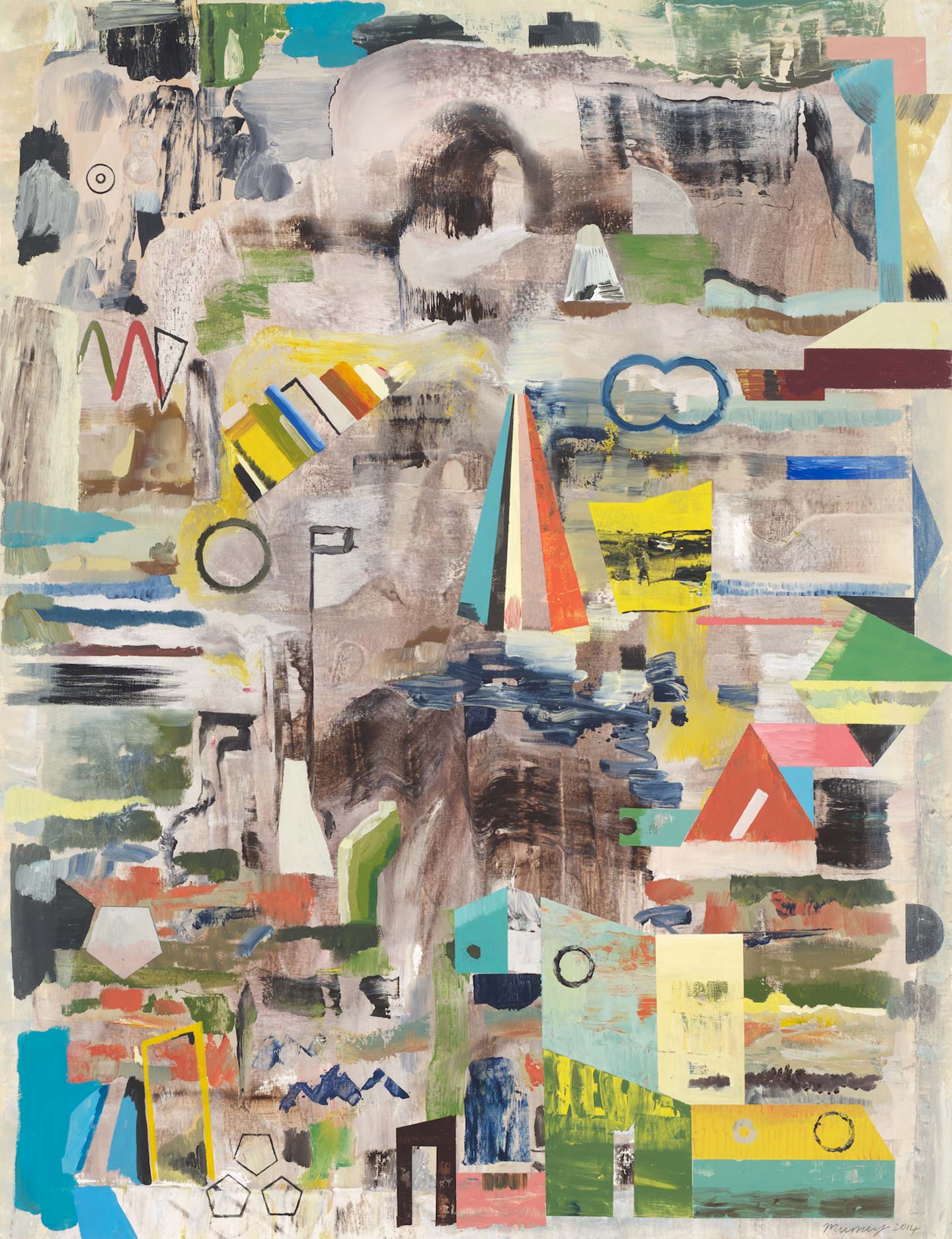 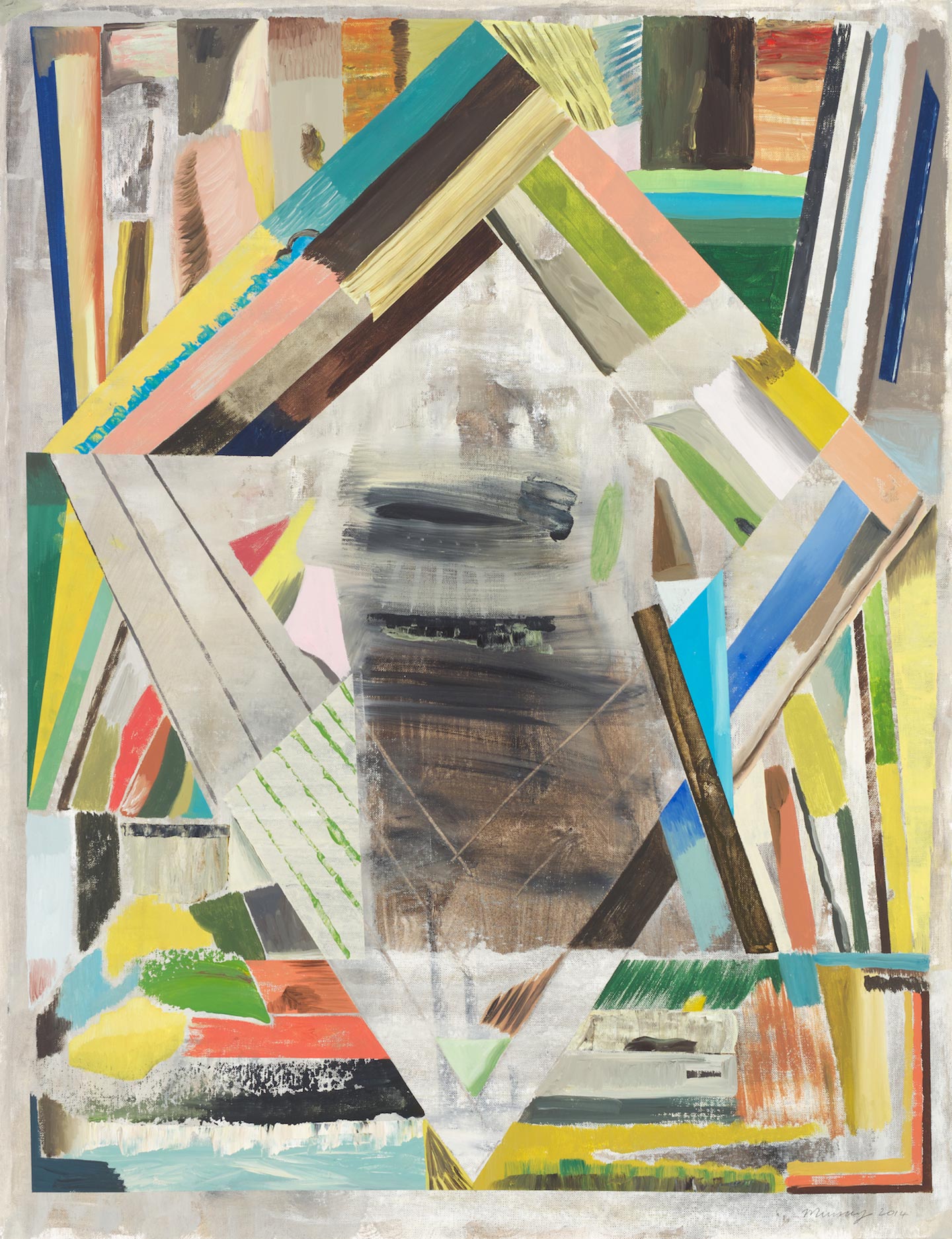 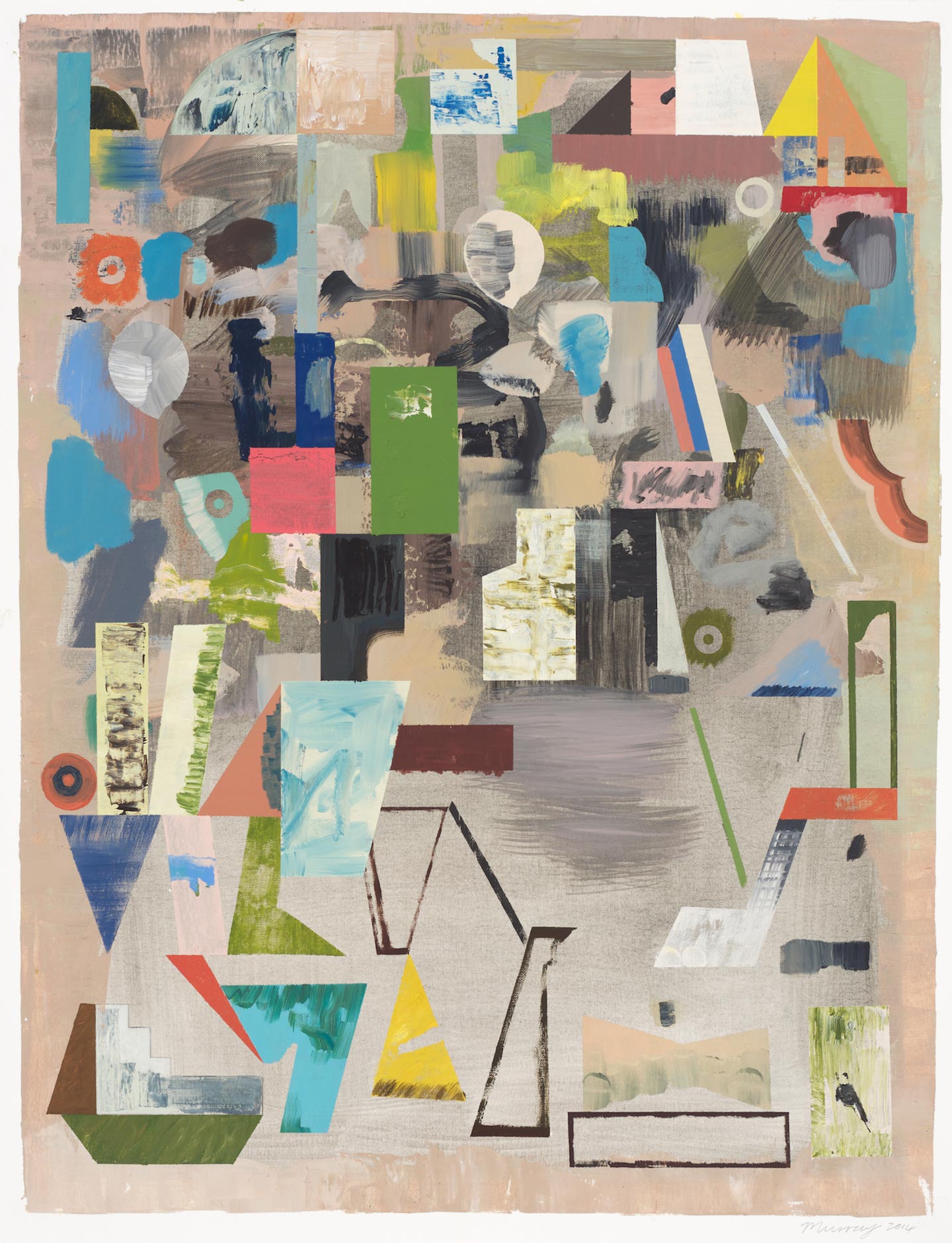 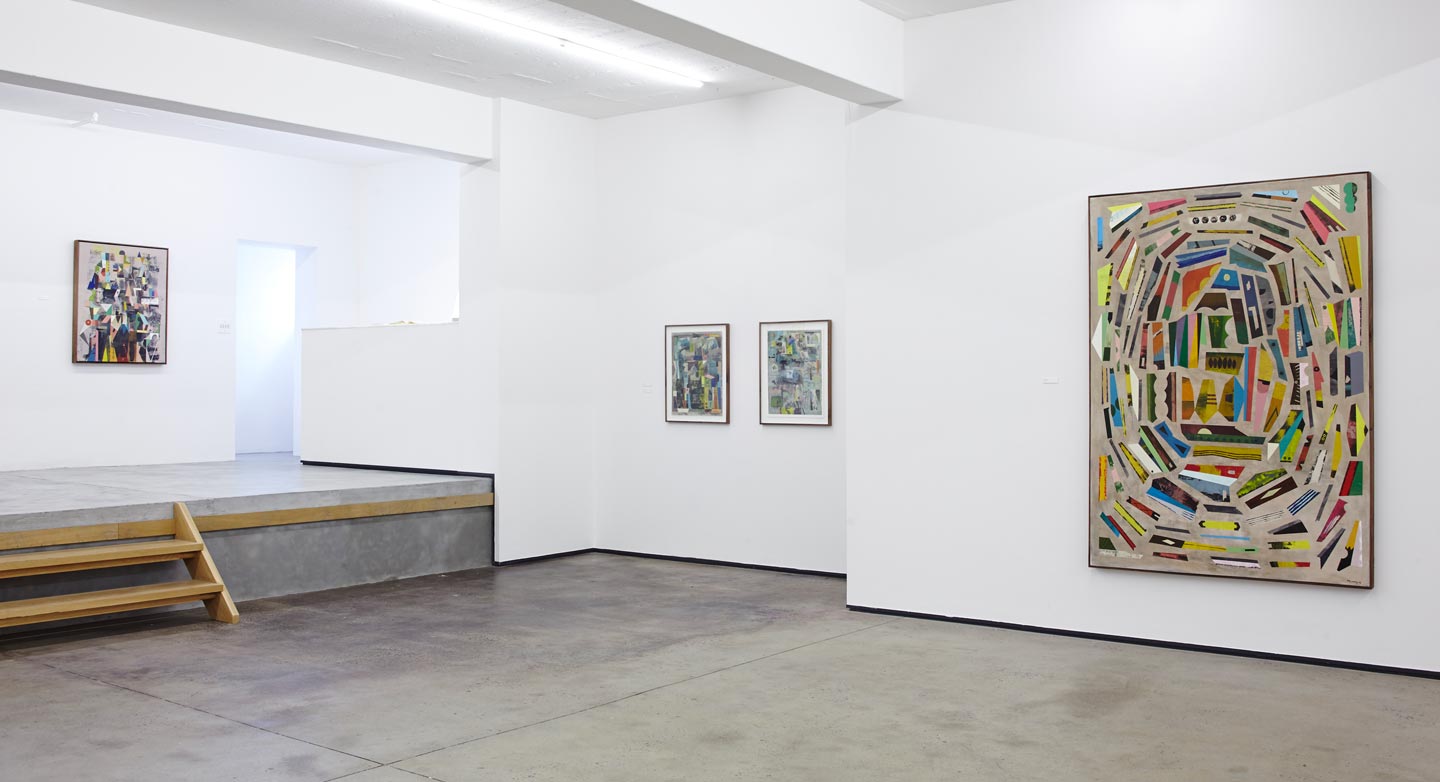 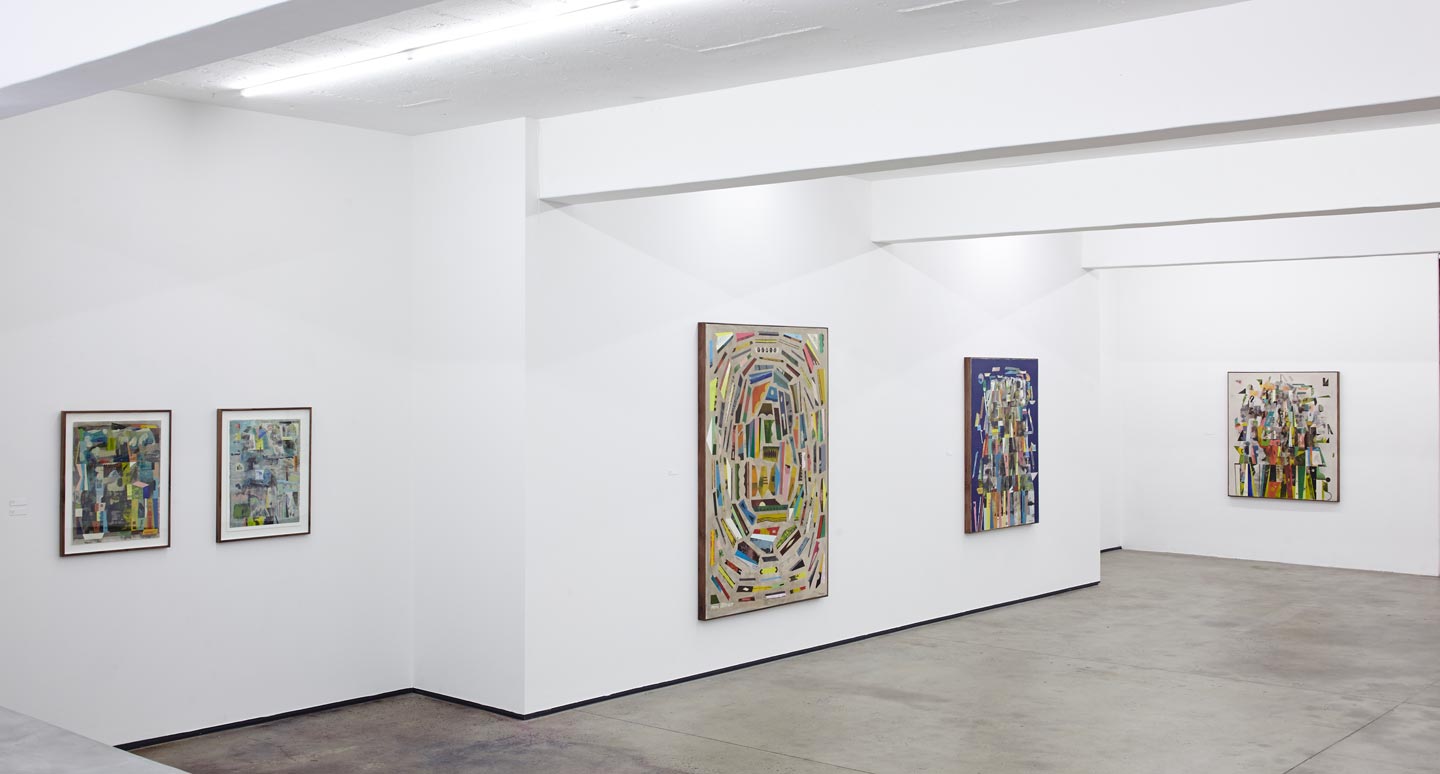 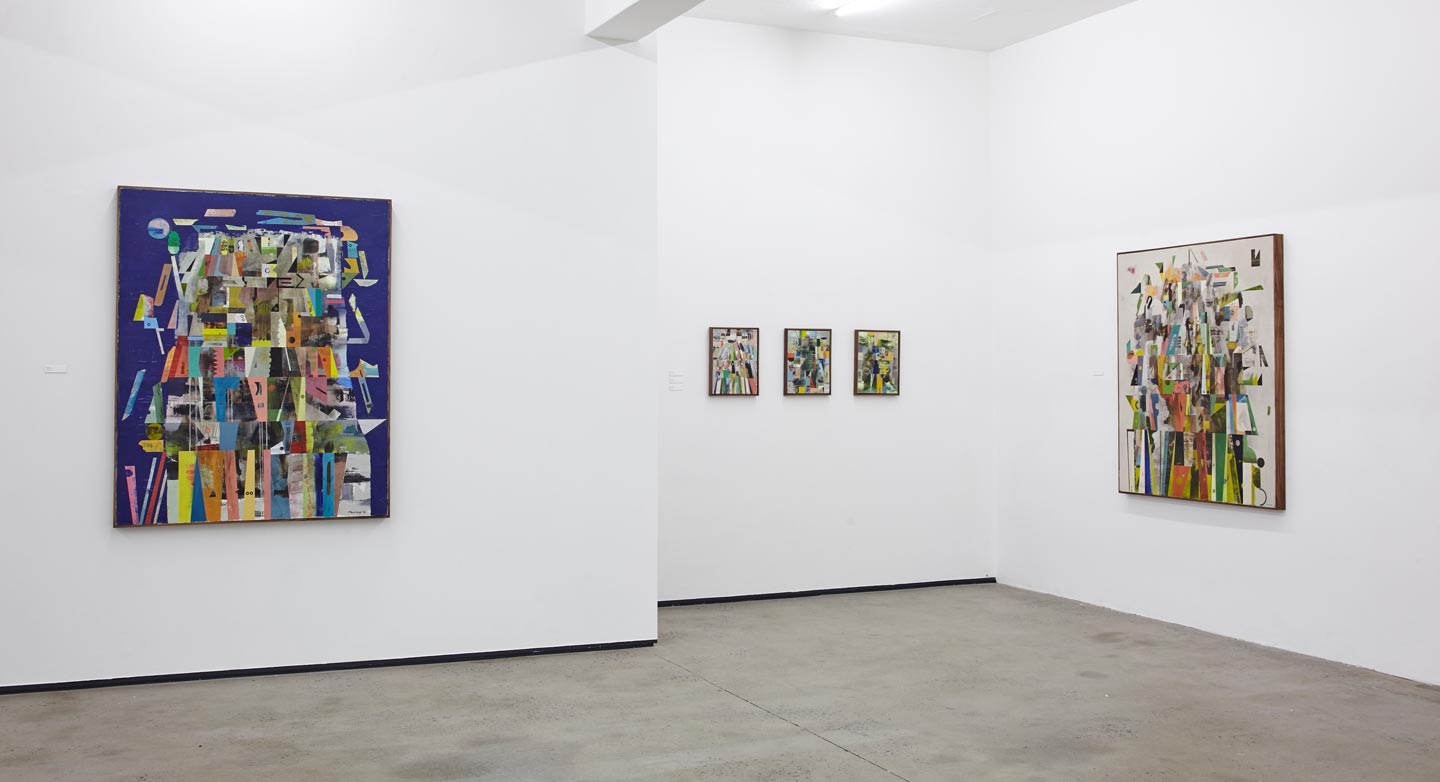 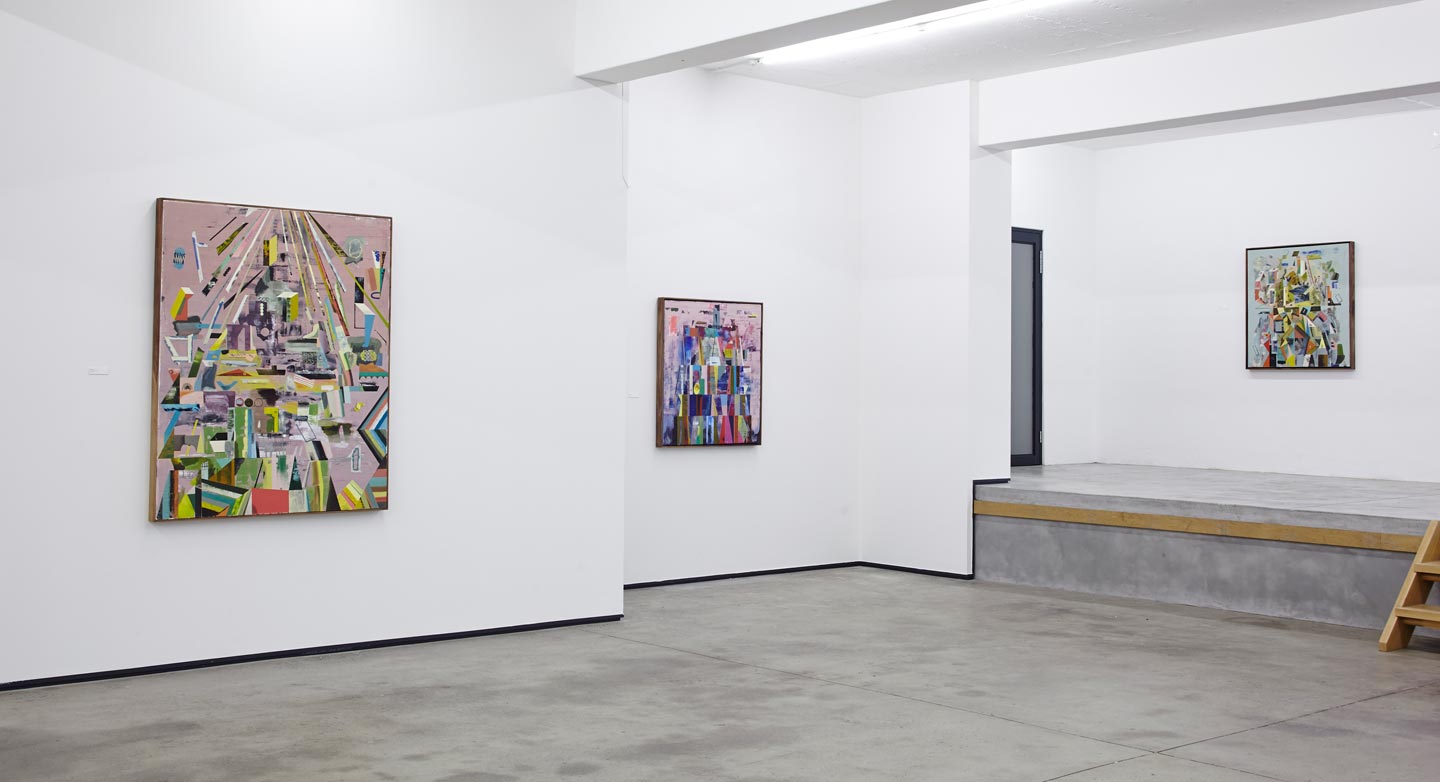 WHATIFTHEWORLD is pleased to present Undo All, a new exhibition of painting by John Murray.

John Murray is a South African painter living and working in Cape Town South Africa. Working in oil and acrylic on canvas he creates abstract compositions rendered in a way that still hints at representational forms beneath the surface. His paintings have evolved into an ongoing series that allude to structures that are simultaneously in the process of forming or perhaps disintegrating.

“I used to take my dog for walks to a specific beach in Sea Point. On one of these walks I picked up a ceramic shard from what could have been a pot or a vase. The following day I noticed another piece of ceramic. Over the years it became a habit to look out for these shards, like a treasure hunt, trying to find them in between the masses of broken shells.

After my walks I would lay them out on the kitchen table. I liked the way the different shapes, colours and patterns of these fragments interacted with each other.

These shards have a nostalgic presence. What intrigues me is their ability to resonate long after the original objects have been shattered. They trigger the imagination to think of their history, function, previous owners and ultimately the transience of things.

This body of abstract paintings continues an ongoing interest in fragments as a representation of undoing or loss.”