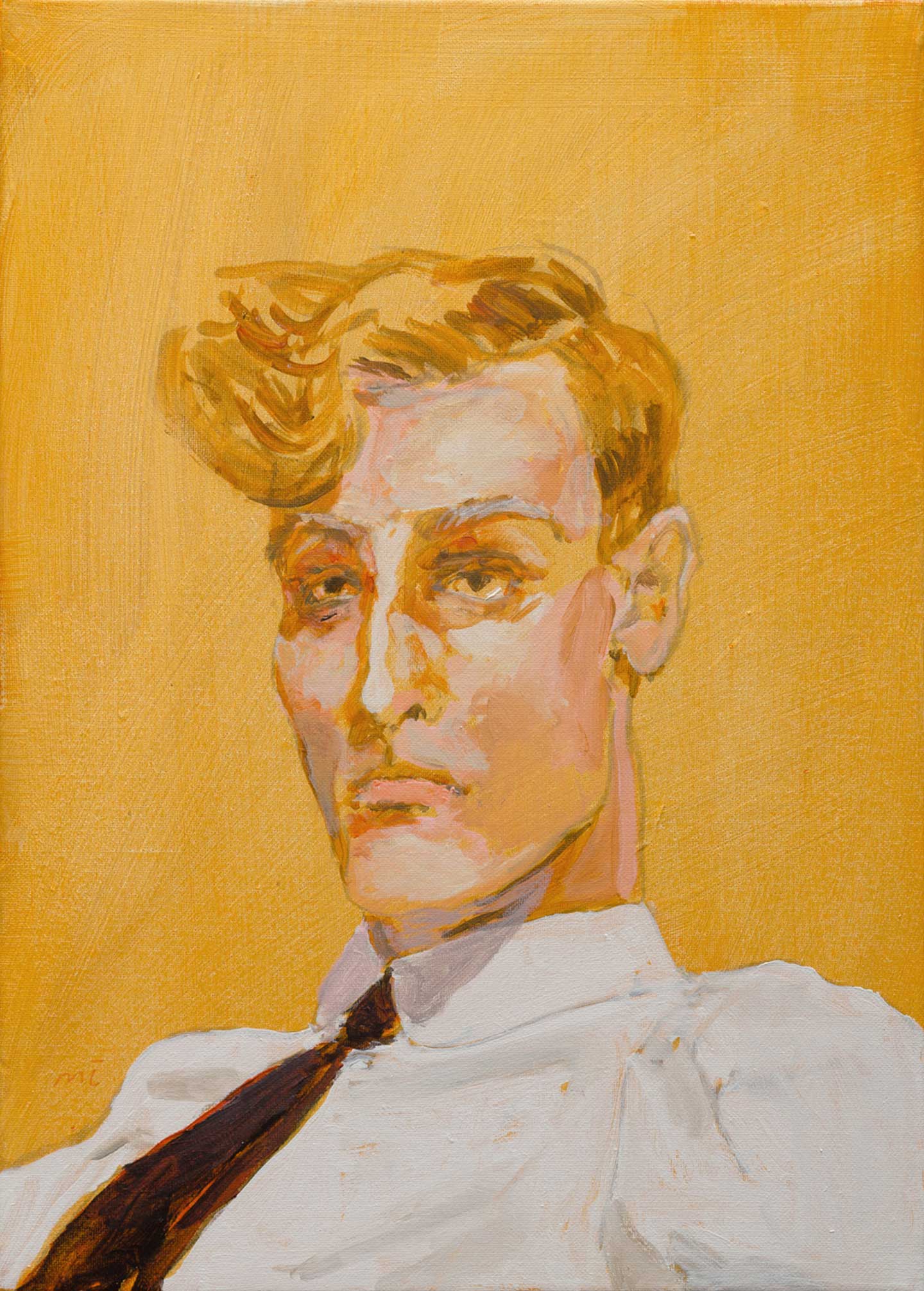 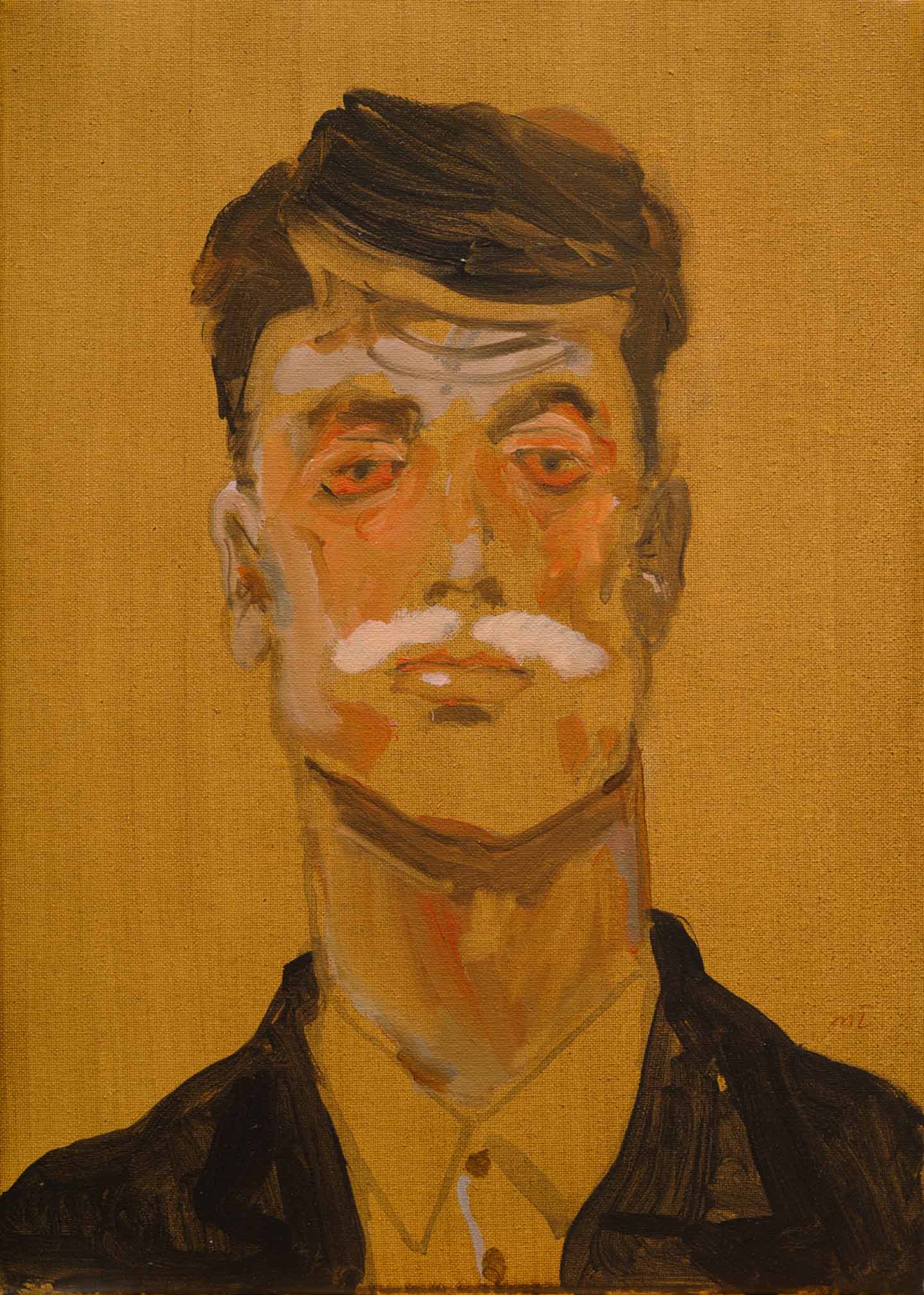 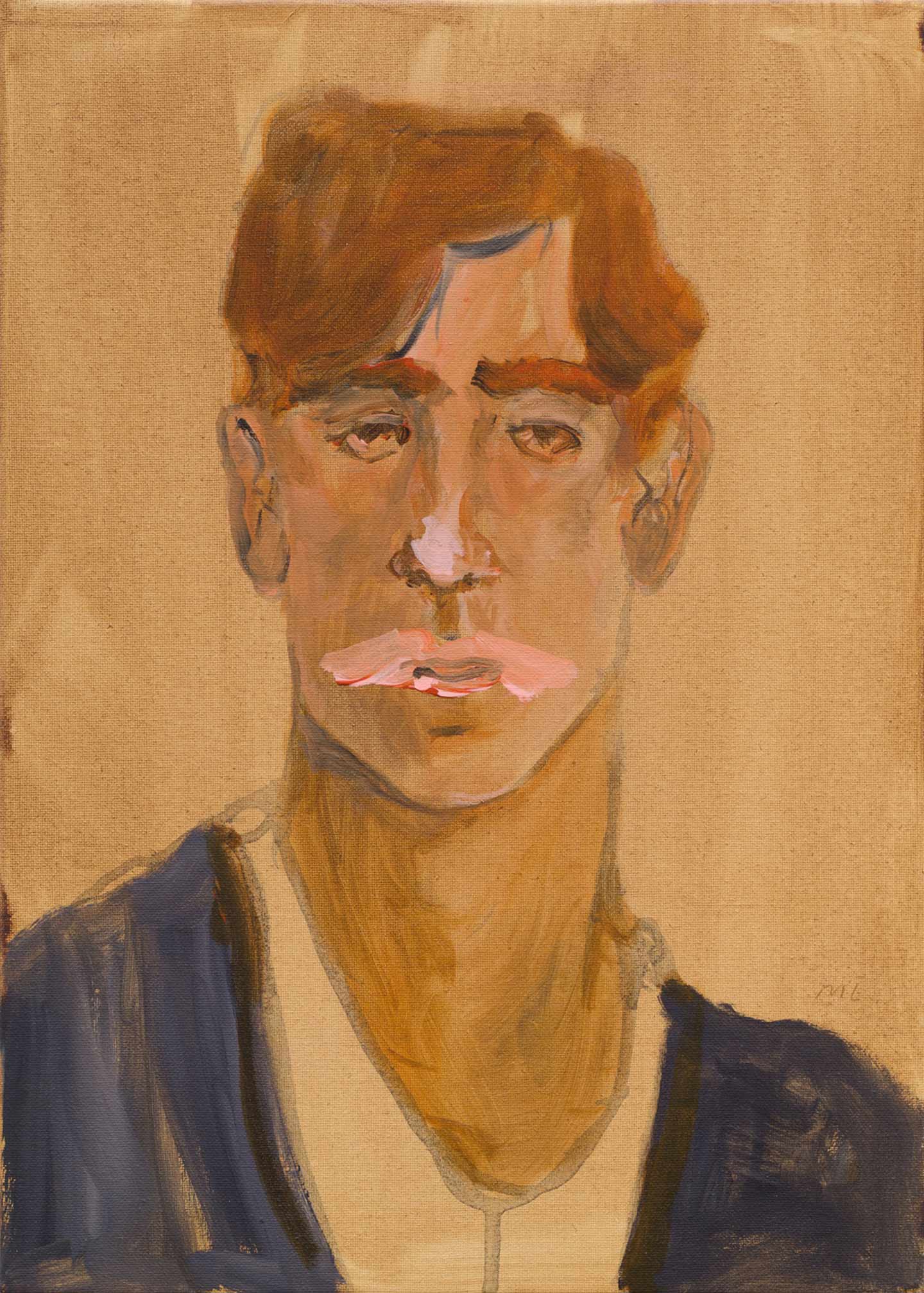 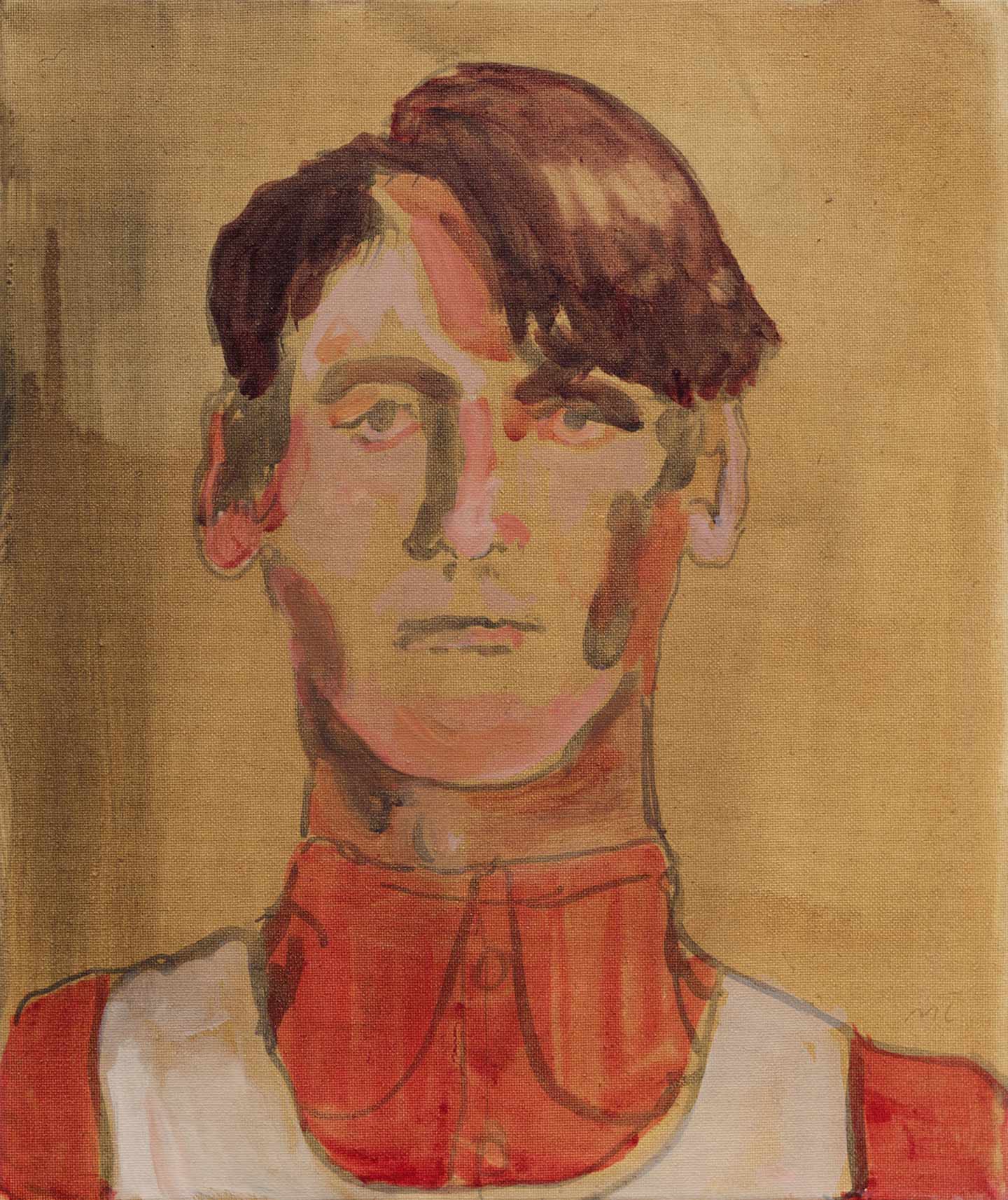 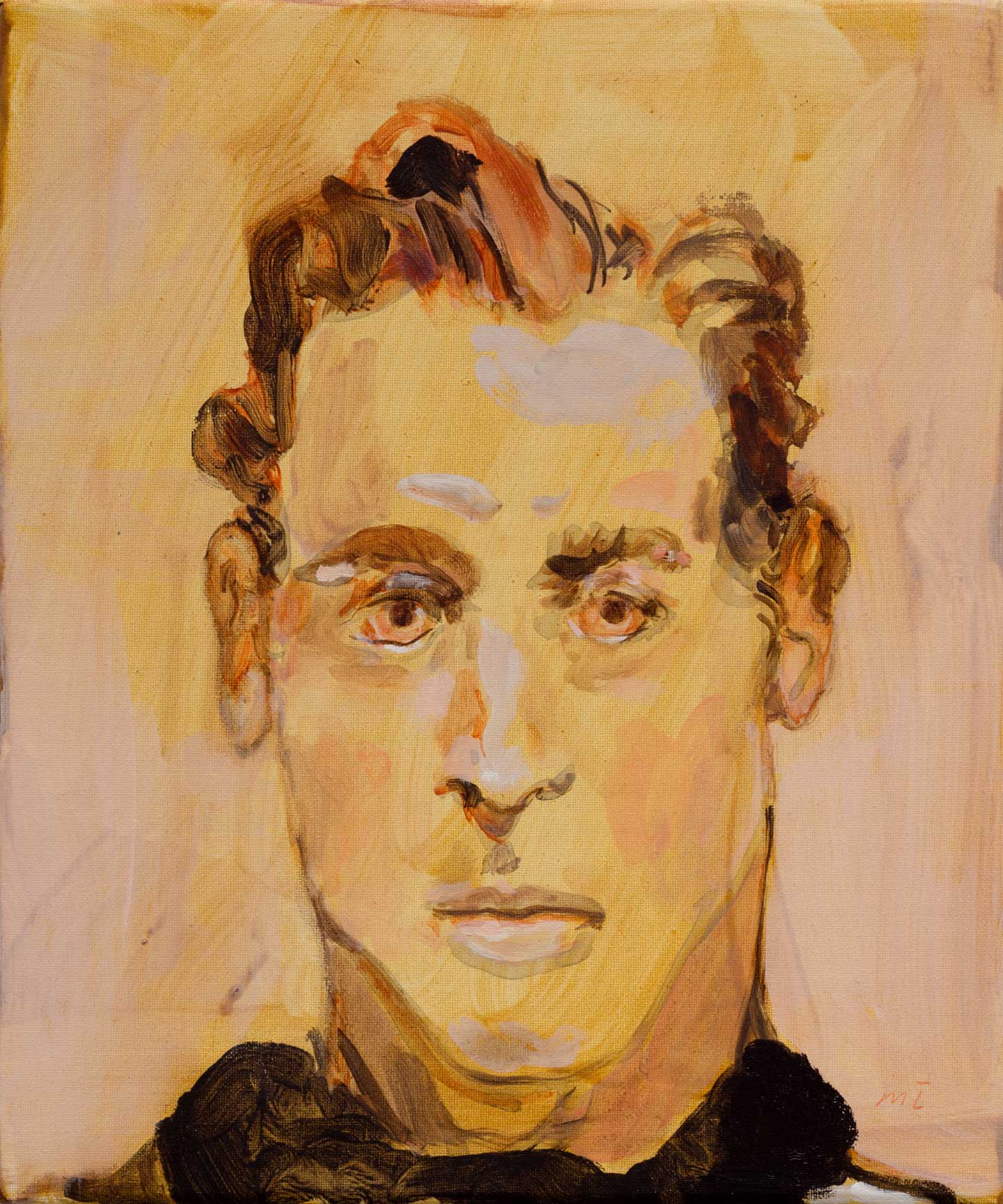 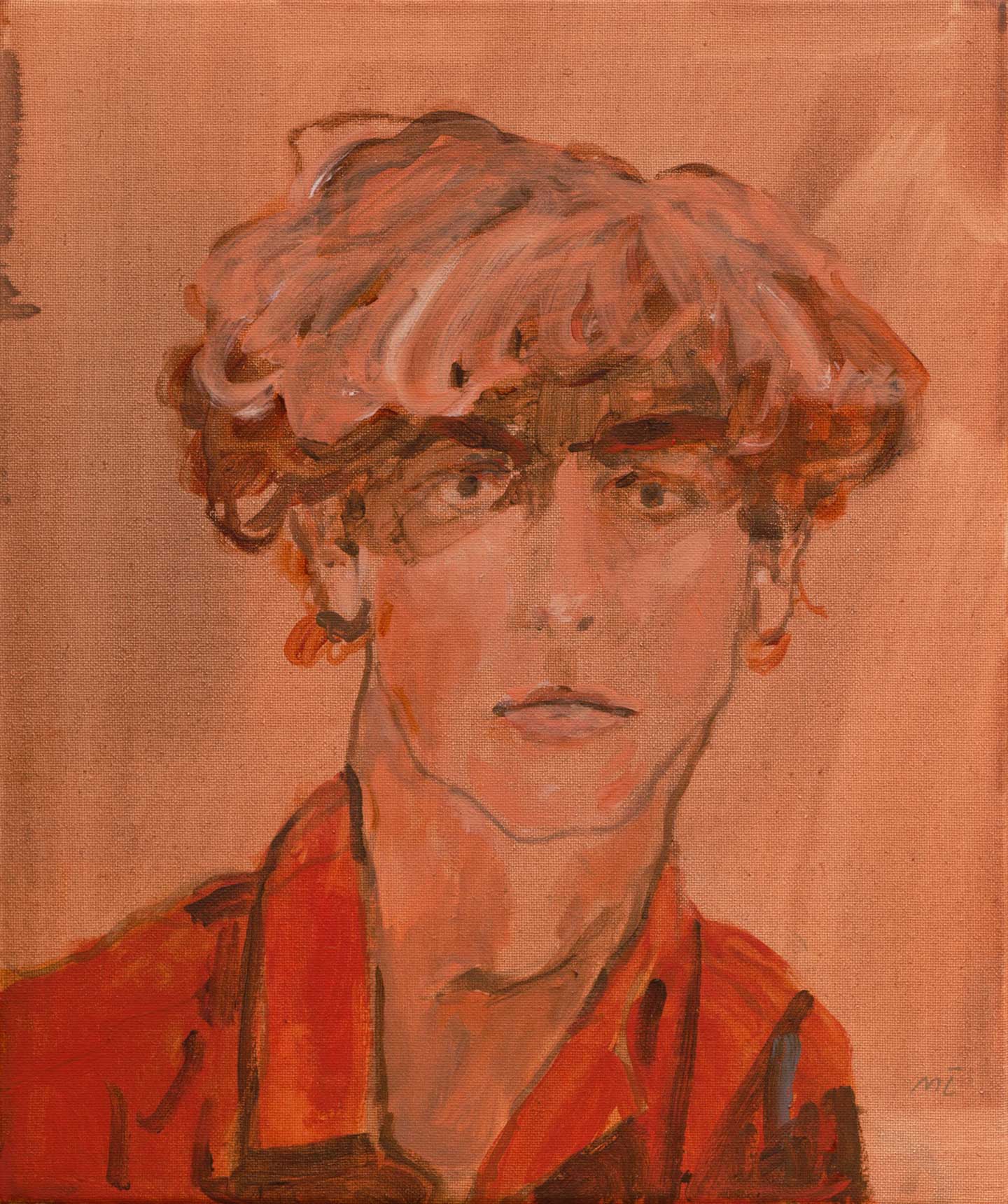 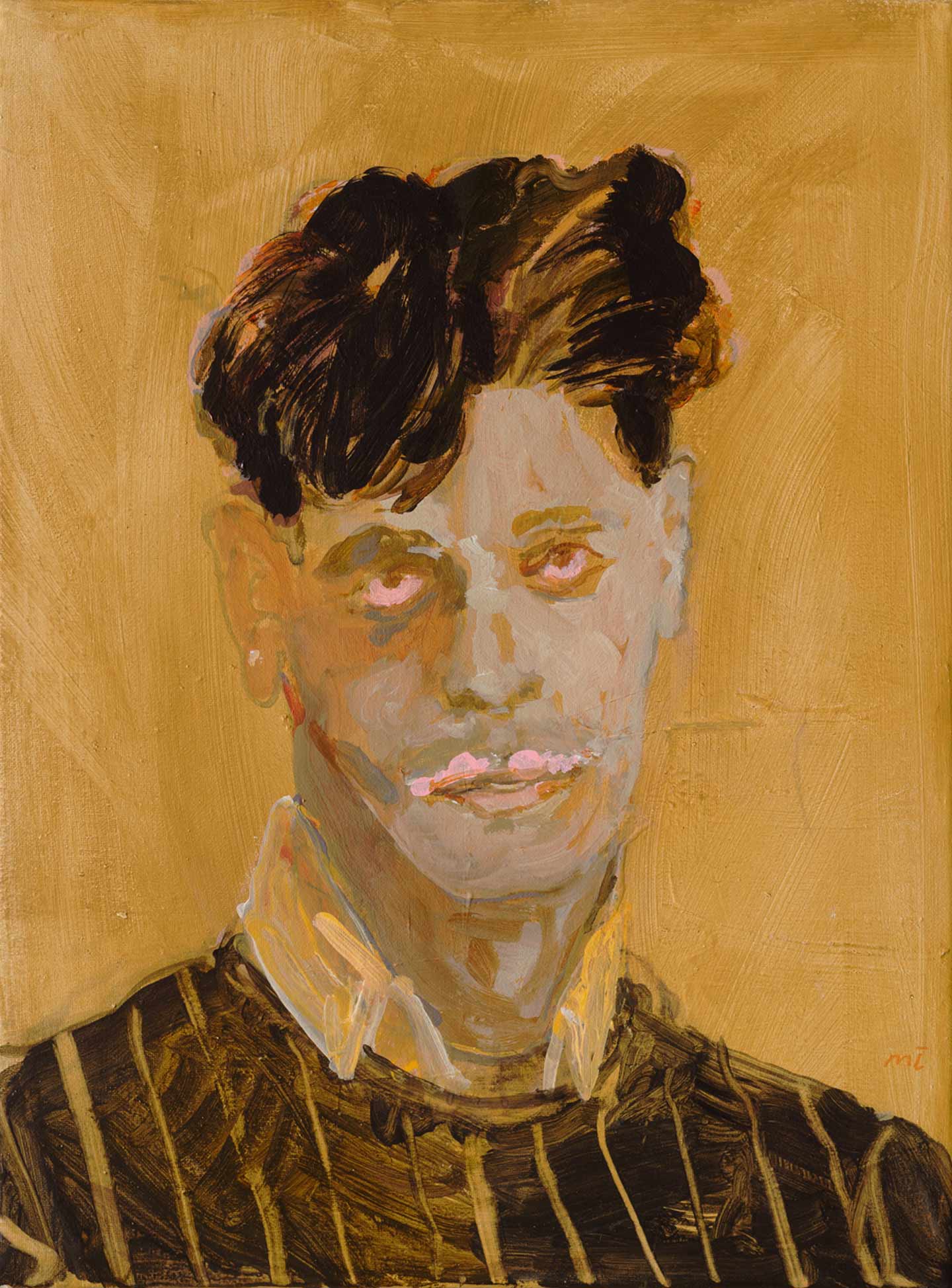 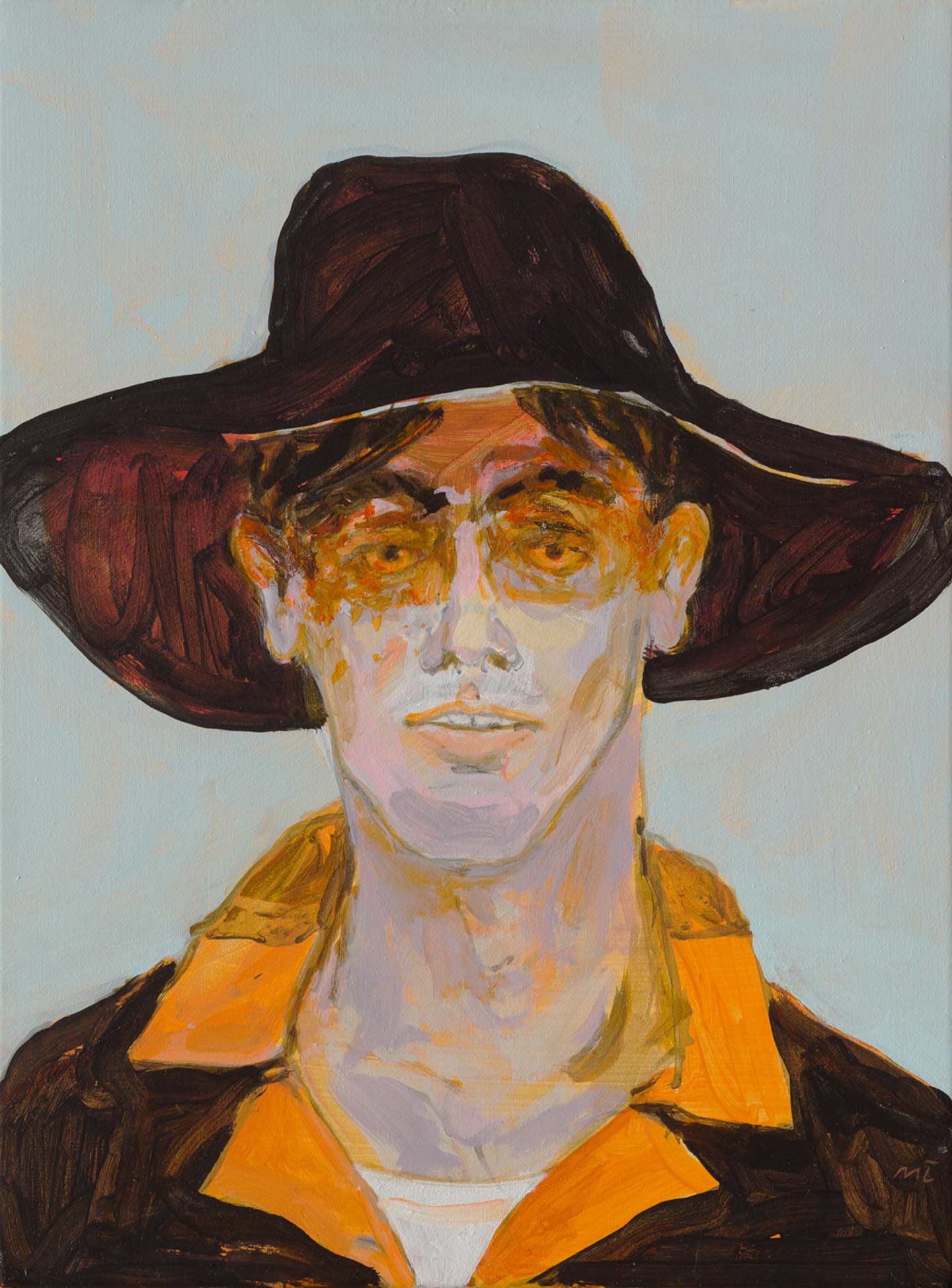 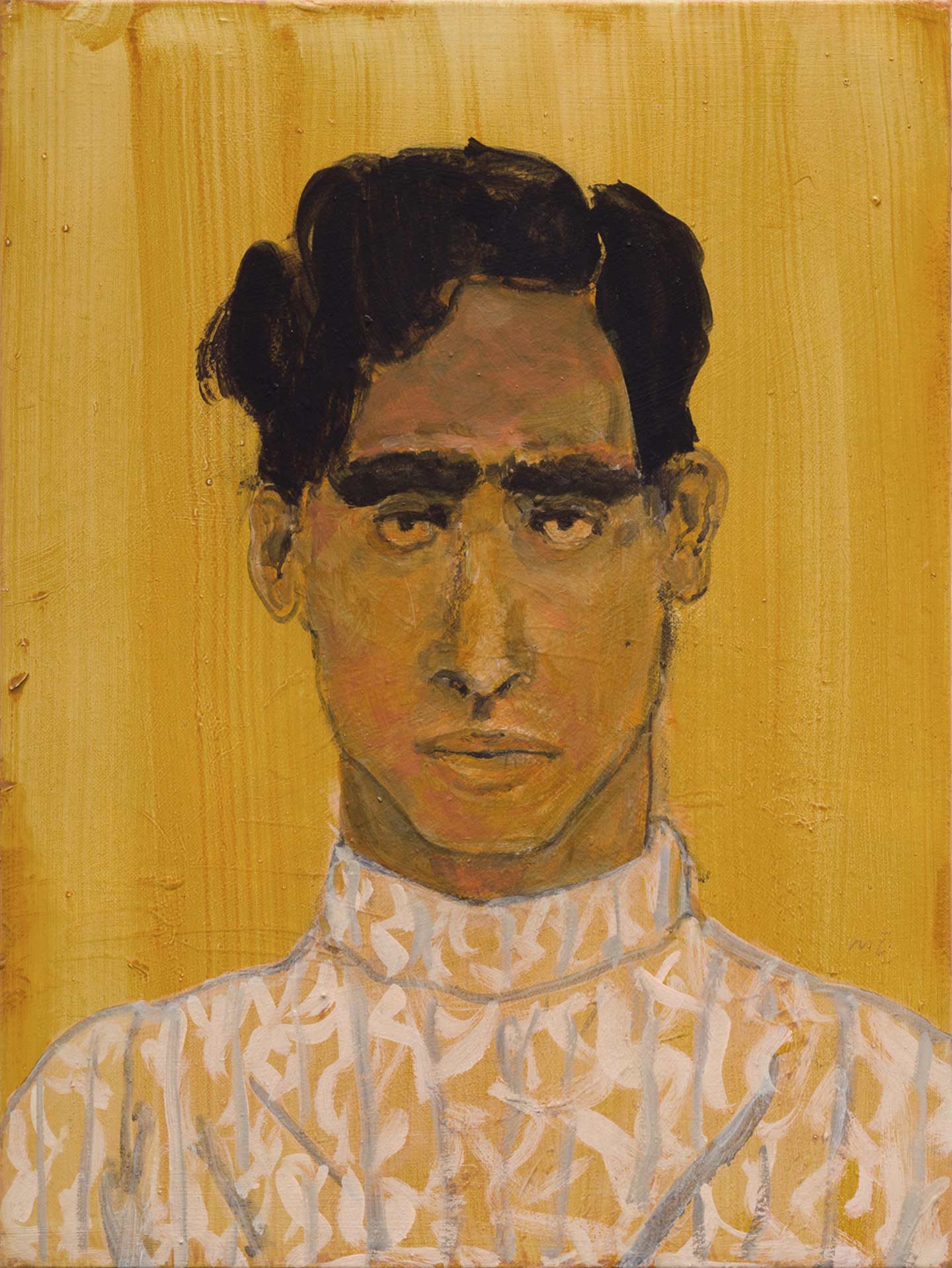 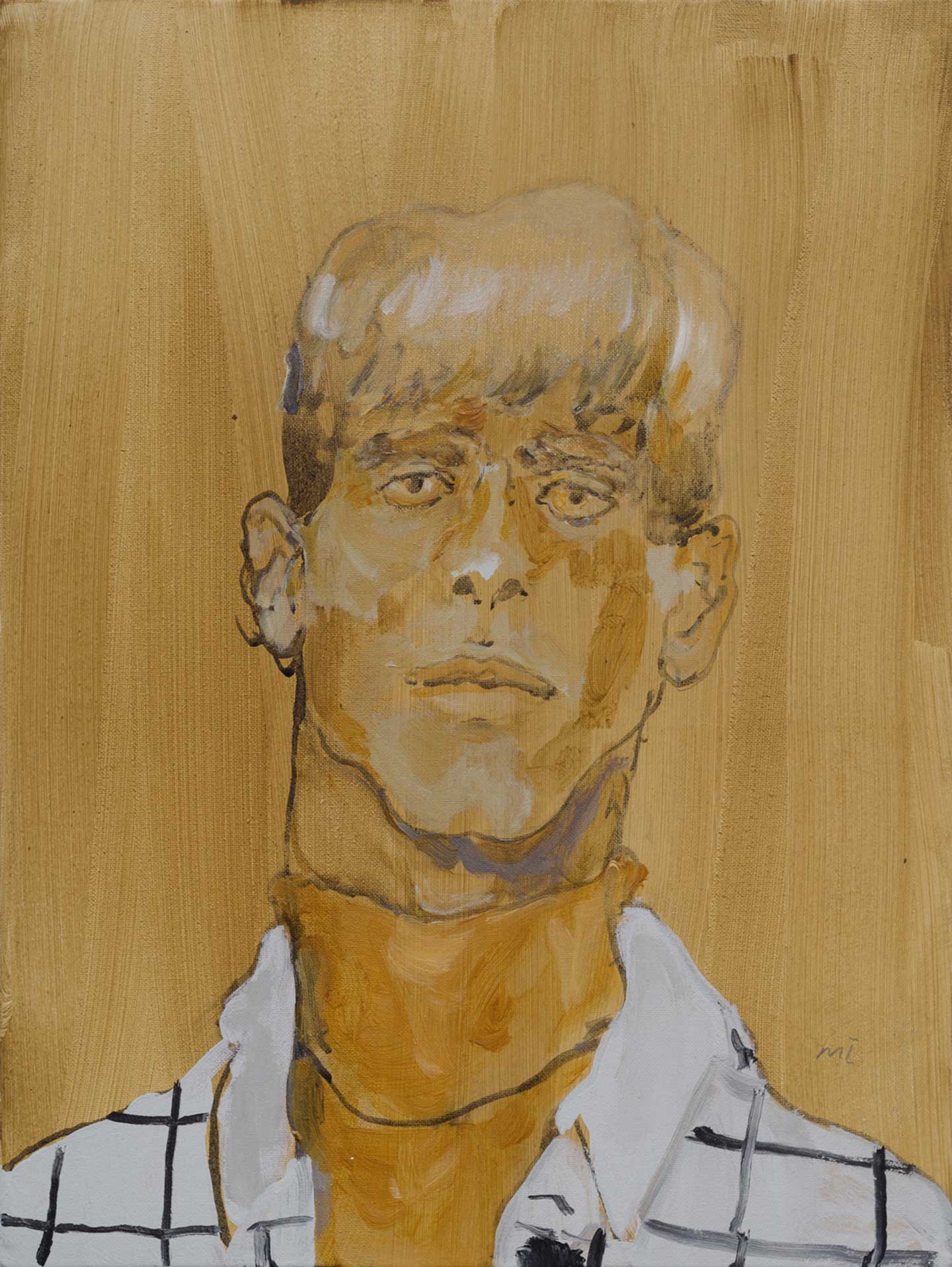 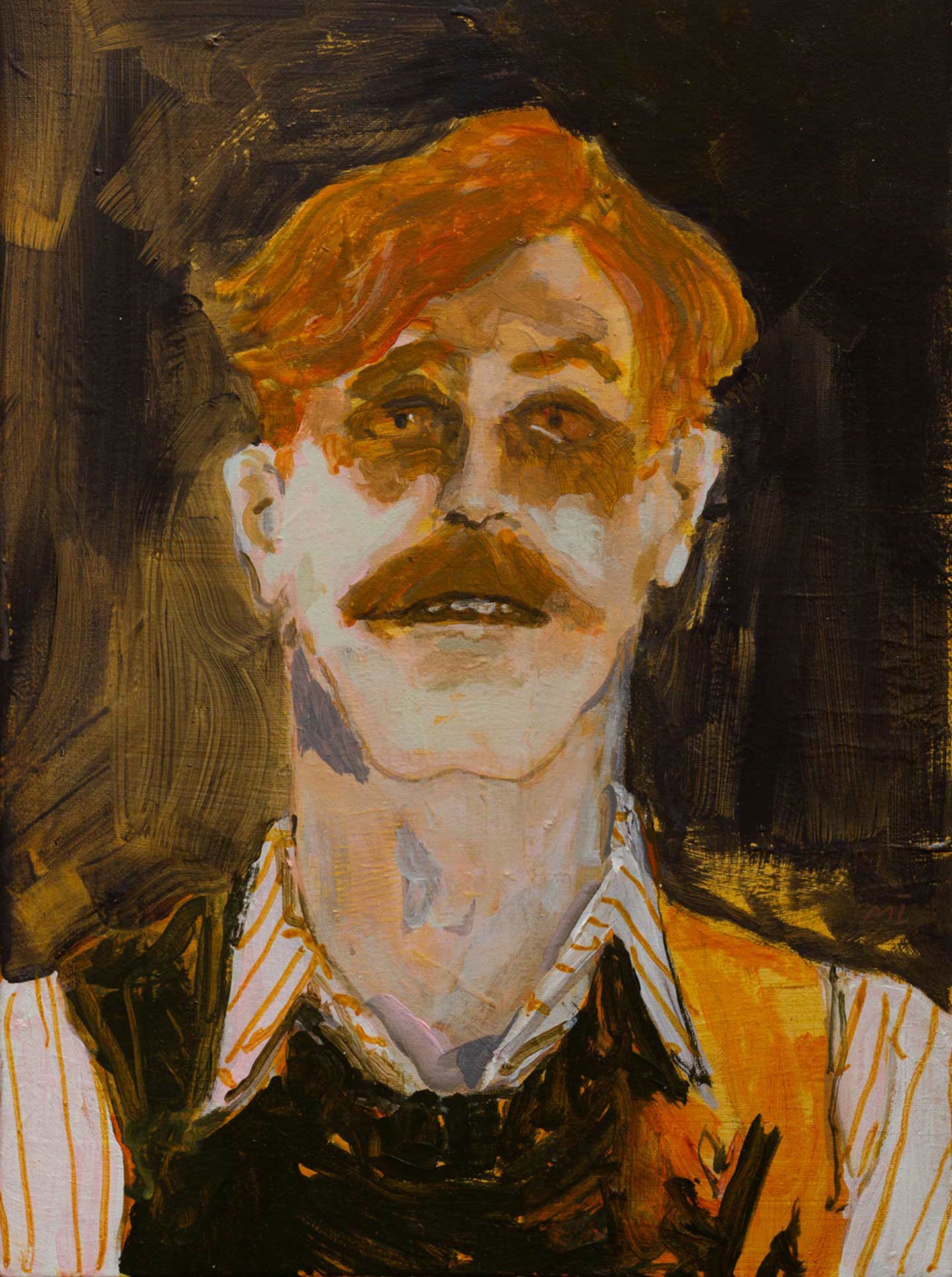 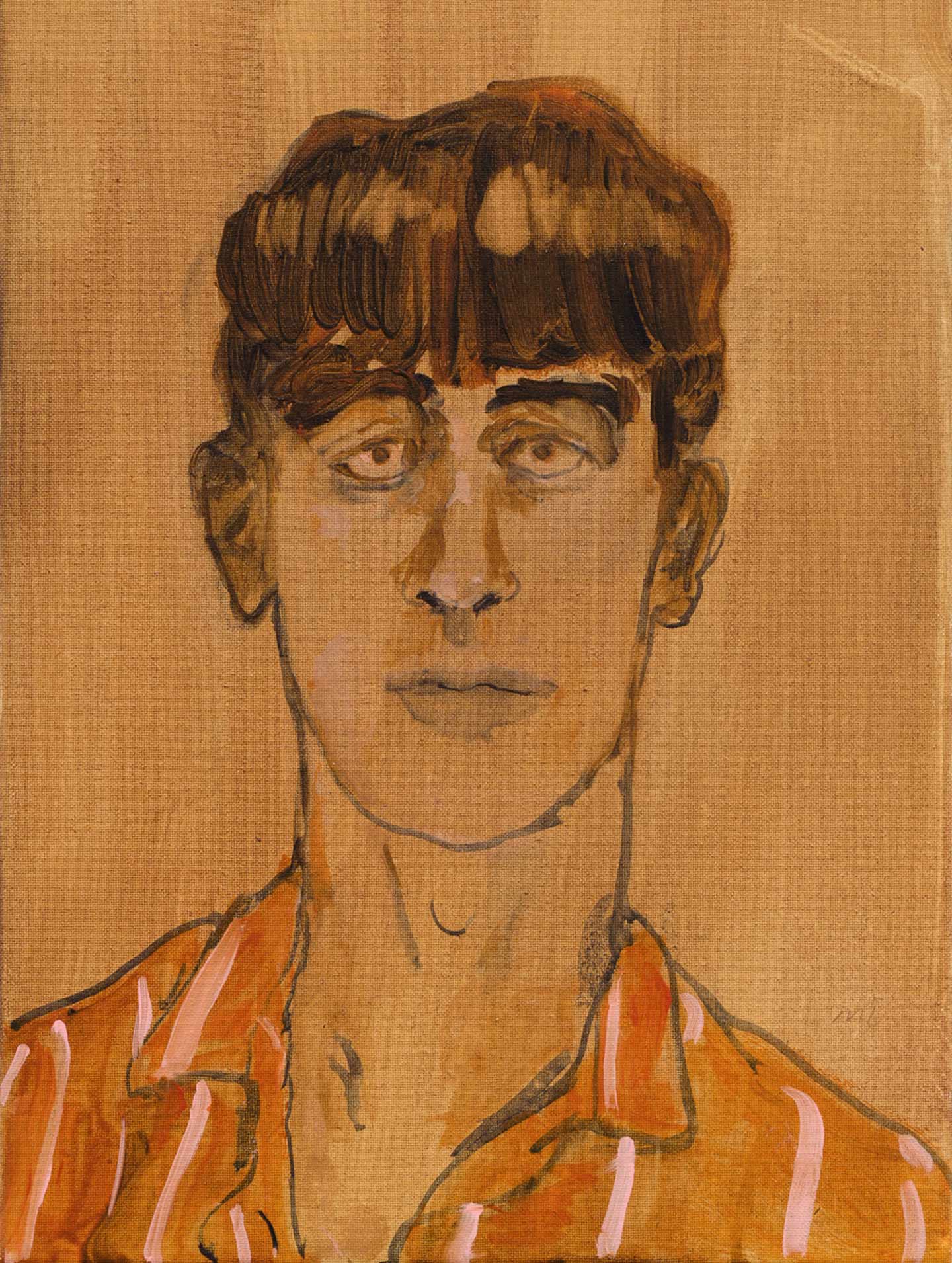 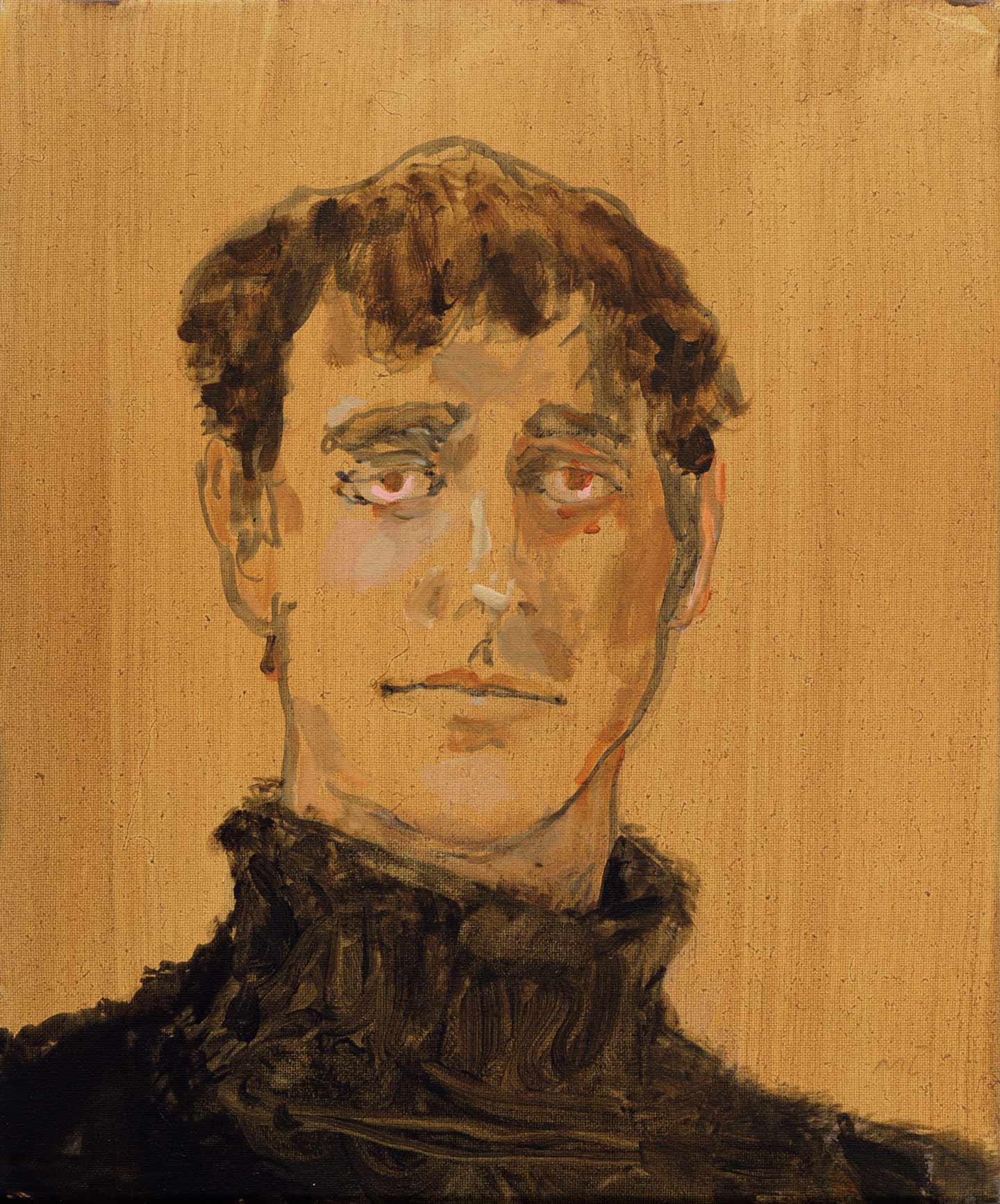 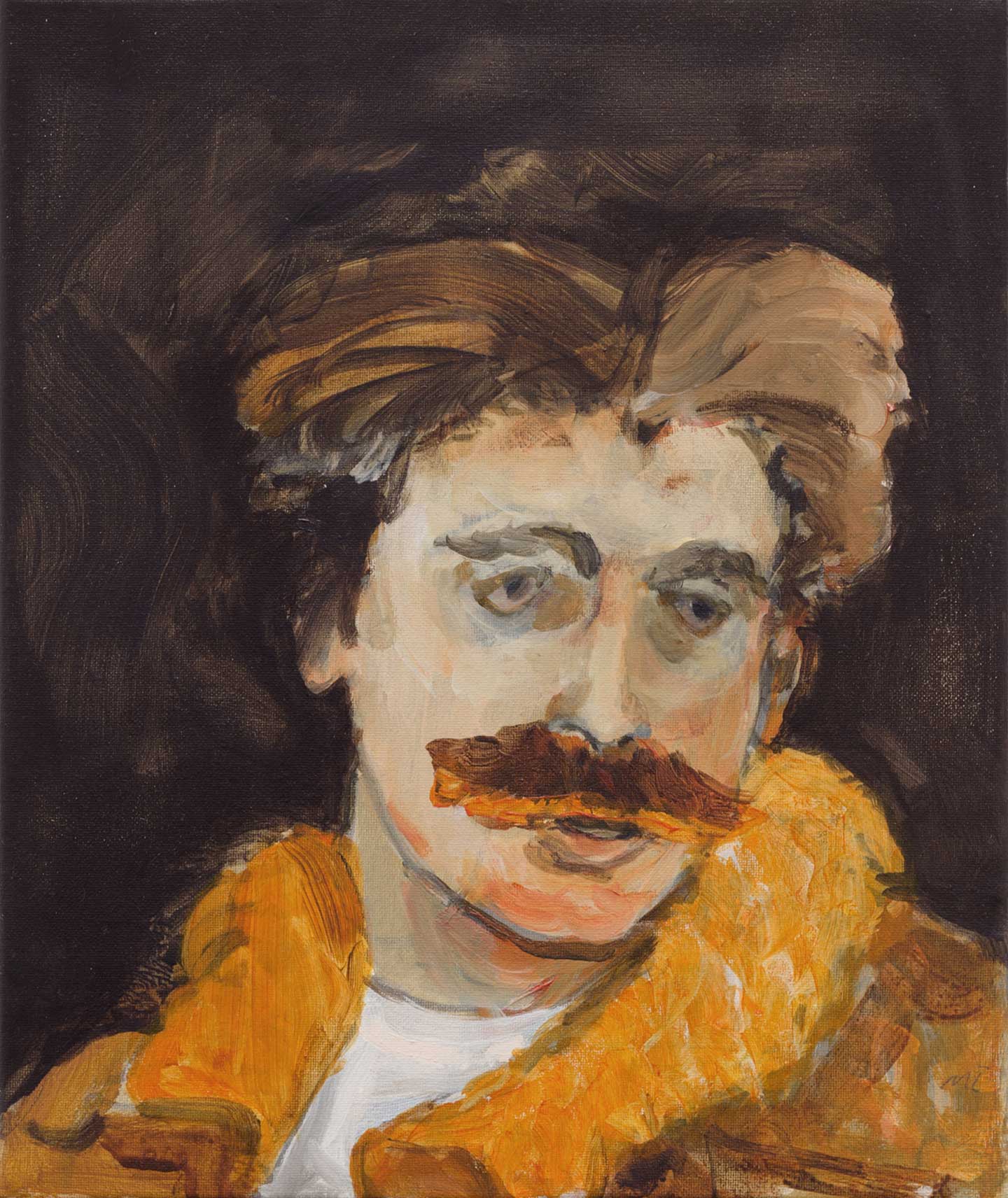 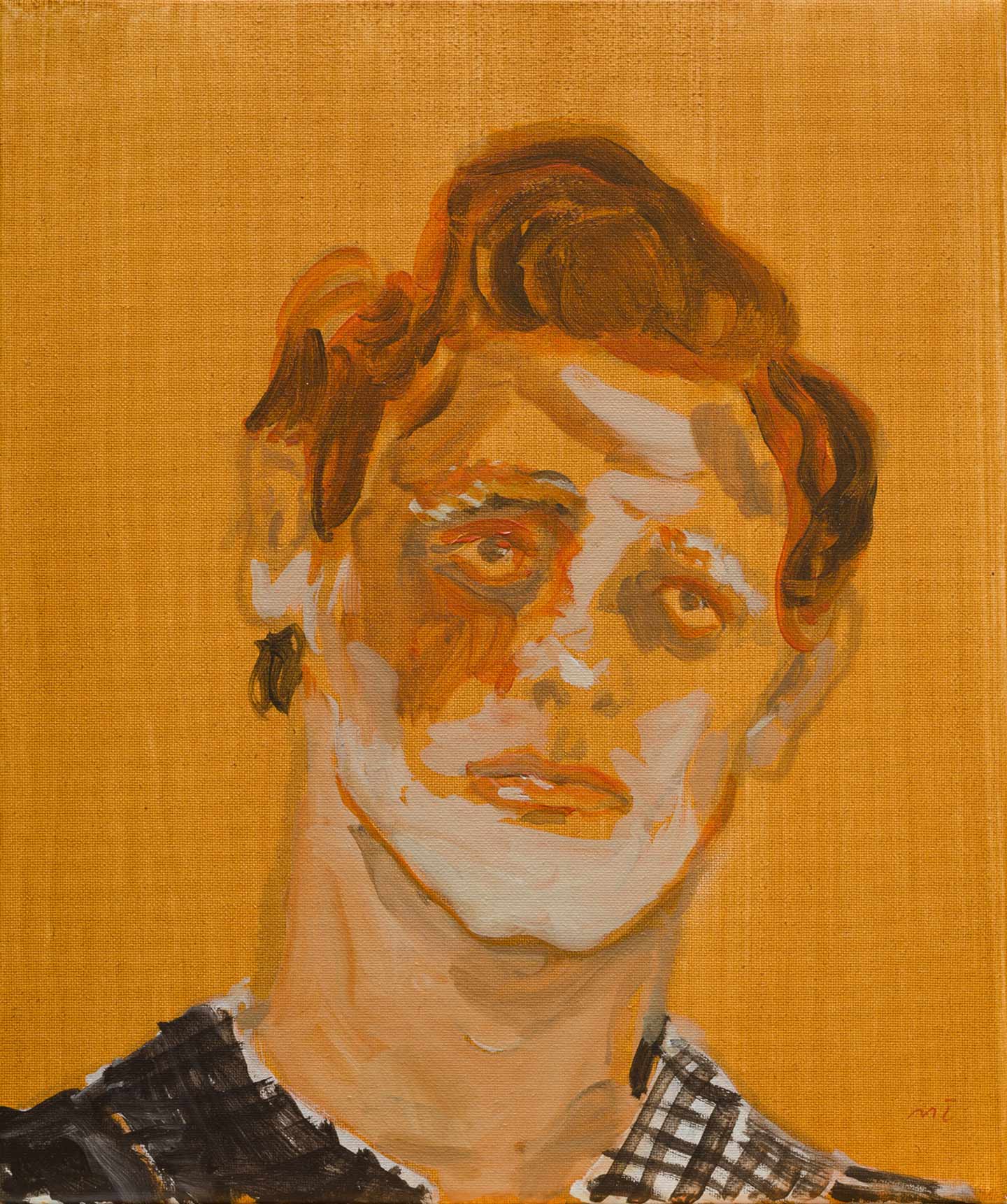 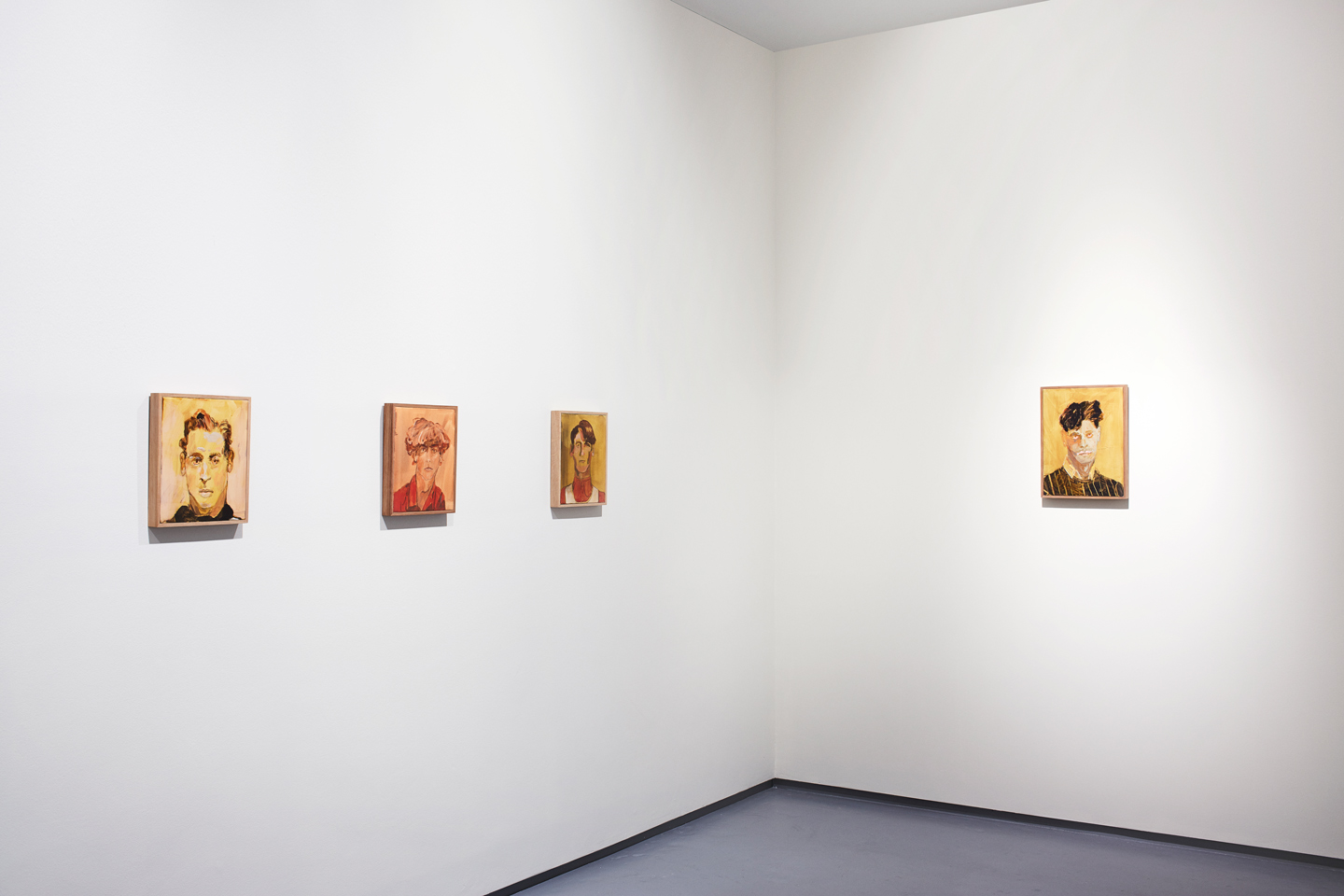 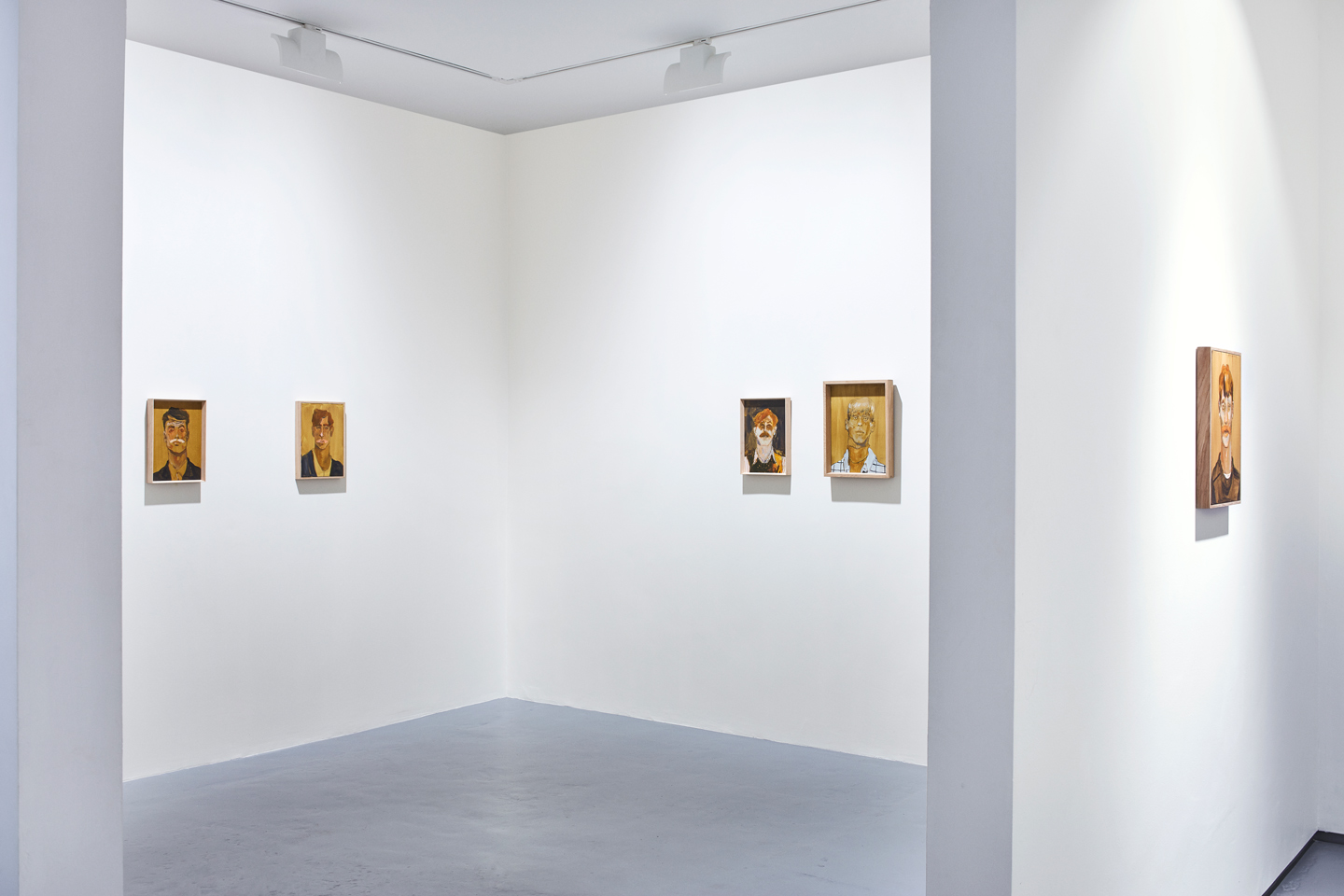 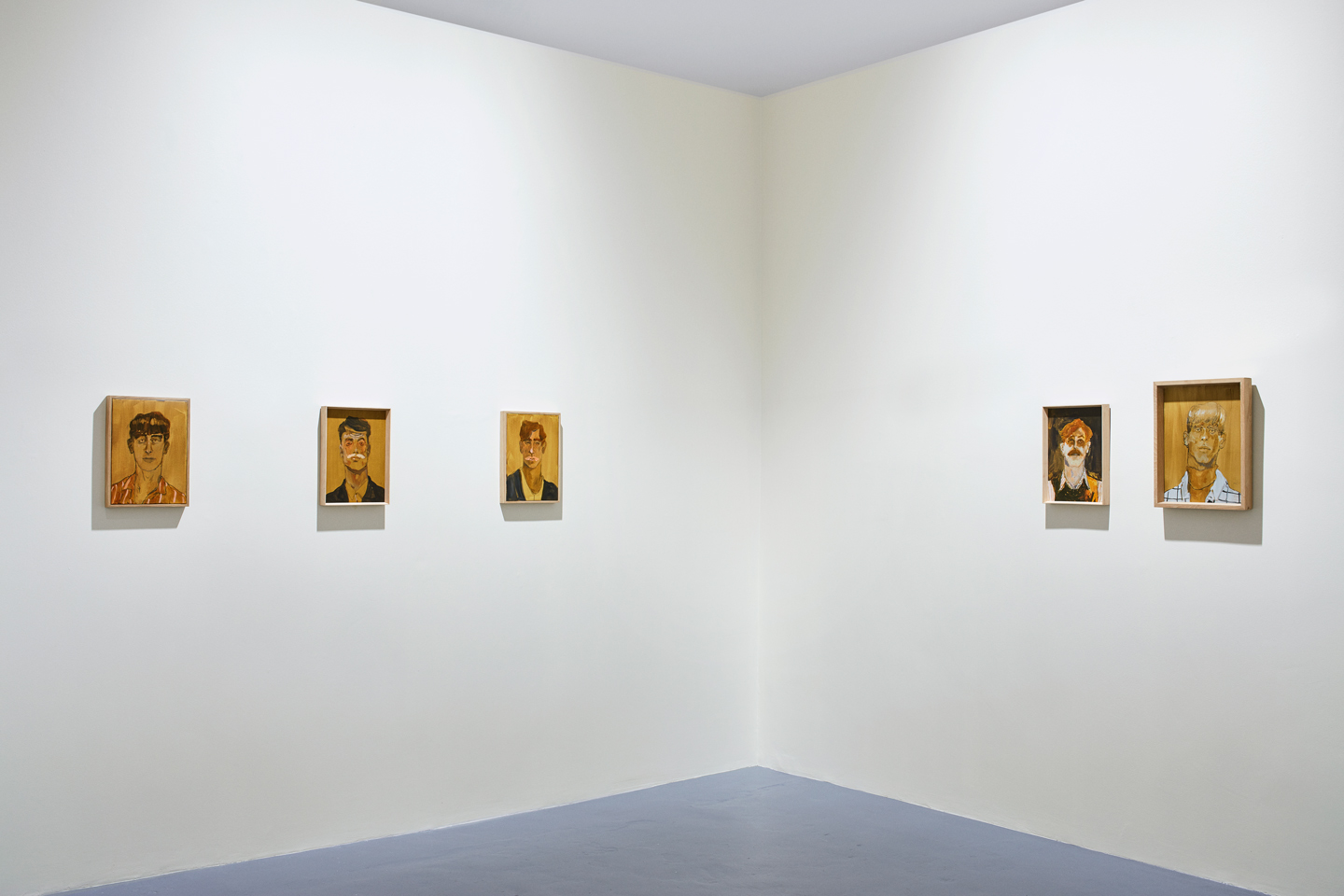 WHATIFTHEWORLD is pleased to present Michael Taylor’s Boys on The Side, his latest portraiture series. Extracted from a miscellaneous pool of source material, the painted figures become allusions to existing people, archetypes, and fantasies: Golden Boys of our dreams and of our realities.

This small portraiture exercise began in 2018. The nature of the project was intended to be a distraction for Taylor from his wider practice; from the imaginary landscapes and fictitious figurative narratives that have become synonymous to his style. The title of the show alludes to this notion – Of ‘the Boys’ being an alluring affair or project that Taylor tampers with on the side.

The parameters of the project were initially strictly enforced by Taylor, to ensure that the works were, in fact, a deviation from his main techniques, style and subject matter. The works had to comply with a certain size constraint, small enough for him to focus on and limit himself to the single perspective of one character; they had to conform to a ground layer, in this case a gold base coat, to break the habit of using white to create negative space; and, lastly, Taylor ensured that he worked from a reference image, rather than instinctively exaggerating narrative figures.

However, “switching back to working from memory halfway through the process of making these portraits meant that an interesting process around the idea of the gaze occurred”, notes Taylor, “working from memory allowed me to paint my own sense of the subject’s personality and thoughts and how I wanted them to look back at me; in doing so, I created a version of the original subject that I myself find more attractive…” This play on fantasy is presented in the effeminate European romanticism of Young Florentine; the striking jawline of The Hawk; the manic devotion of the Van Gogh-esque The Broken Ginger and the heart-fluttering voice expected to exude from Mister Italian Kisses. They are parodied portraits, and yet, poke towards our own mortifying desires.

Taylor’s own symbols of attraction throughout his practice begin to materialise. Taylor’s reoccurring motif of the moustache, for instance, pertains to this series, and becomes symbolic of a particular strain of post-pubescent masculinity, used as a guise and even accessory by a list of men. Visually, we associate ‘stachesm to the Detective; moustache-twirling villain; slime-ball uncle who loves cream pie; the nouveau-Bohemian; Freddie Mercury; the extending tendrils of the Chinese Fu Manchu; or the iconic pencil-drawn moustache of John Waters. These facial configurations become marks of pride, sexuality and power, and a powerful device for Taylor to satirise this iconography.

Michael Taylor (born 1979) is a South African artist who lives and works in Cape Town. He studied at Stellenbosch University, where he completed his Master’s Degree in Visual Art. Primarily working in the mediums of painting and drawing, his work explores notions around narrative art, absorbing ideas from illustration and abstract representation. He has held several solo exhibitions with WHATIFTHEWORLD, with his most recent being BOY. BOAT. BAT. in 2018. He has also recently participated in the group shows Print Promises at the IZIKO South African National Gallery, Cape Town and Proof, SMAC, Stellenbosch. In 2013, Michael was shortlisted as 100 Young Painters of Tomorrow by Thames & Hudson. His work is also included in the Woodner Collection.

My work can be described as ironic, illustrative, and self-reflexive pictures. I draw comparisons between personal and cultural knowledge – themes and narratives that inform my everyday thinking. These interpretations are fundamentally concerned with image-text paradigms – the subtleties between visual thoughts and language. I look at these relationships, particularly the interplay between an image and its adjoined title, as concepts for my work. And I am always interested in working with humour and ridicule, ways of communicating that are disarming, and those aspects pointing to being simply human. It’s these elements, I believe, that will make the viewer become aware of themselves when reading the image.