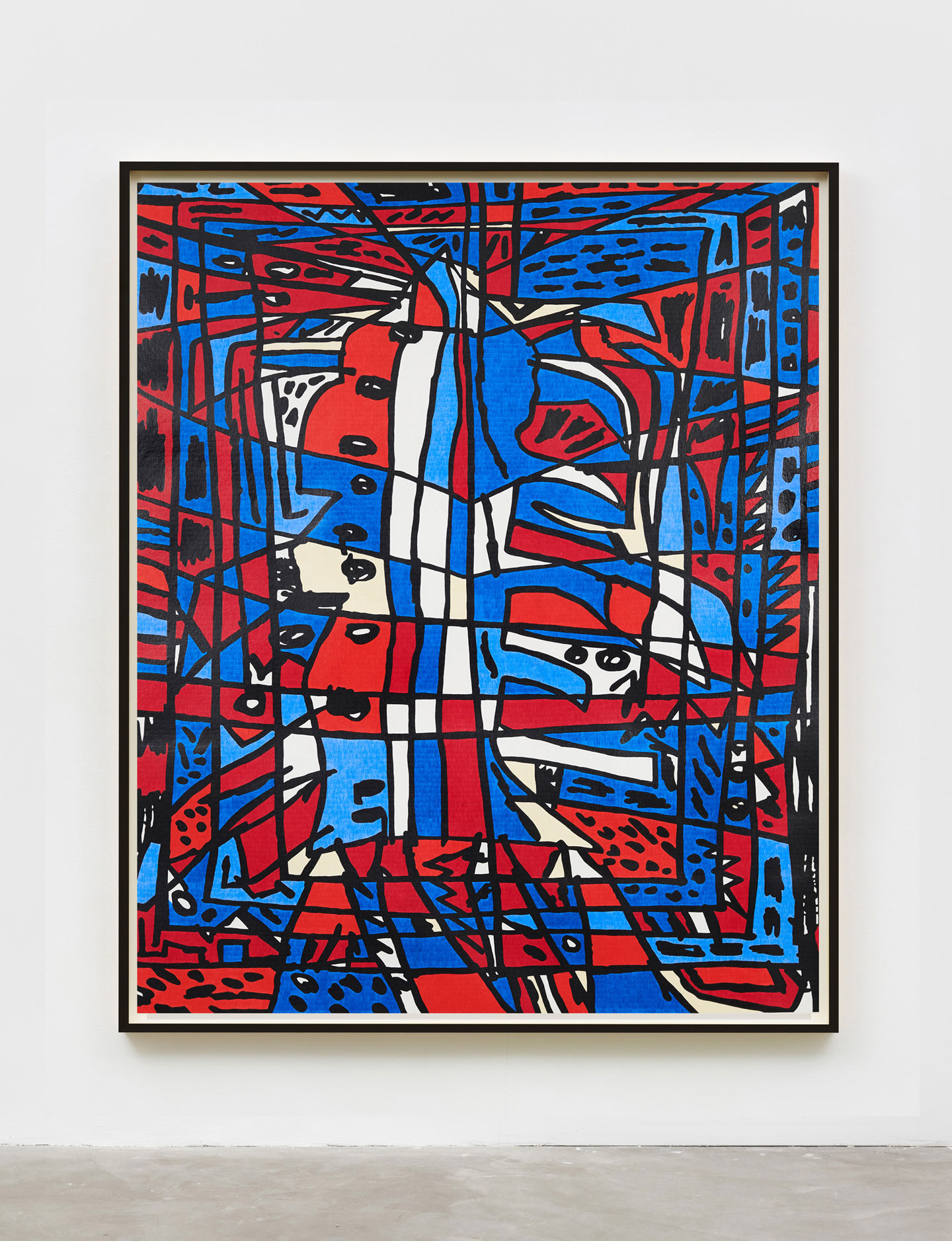 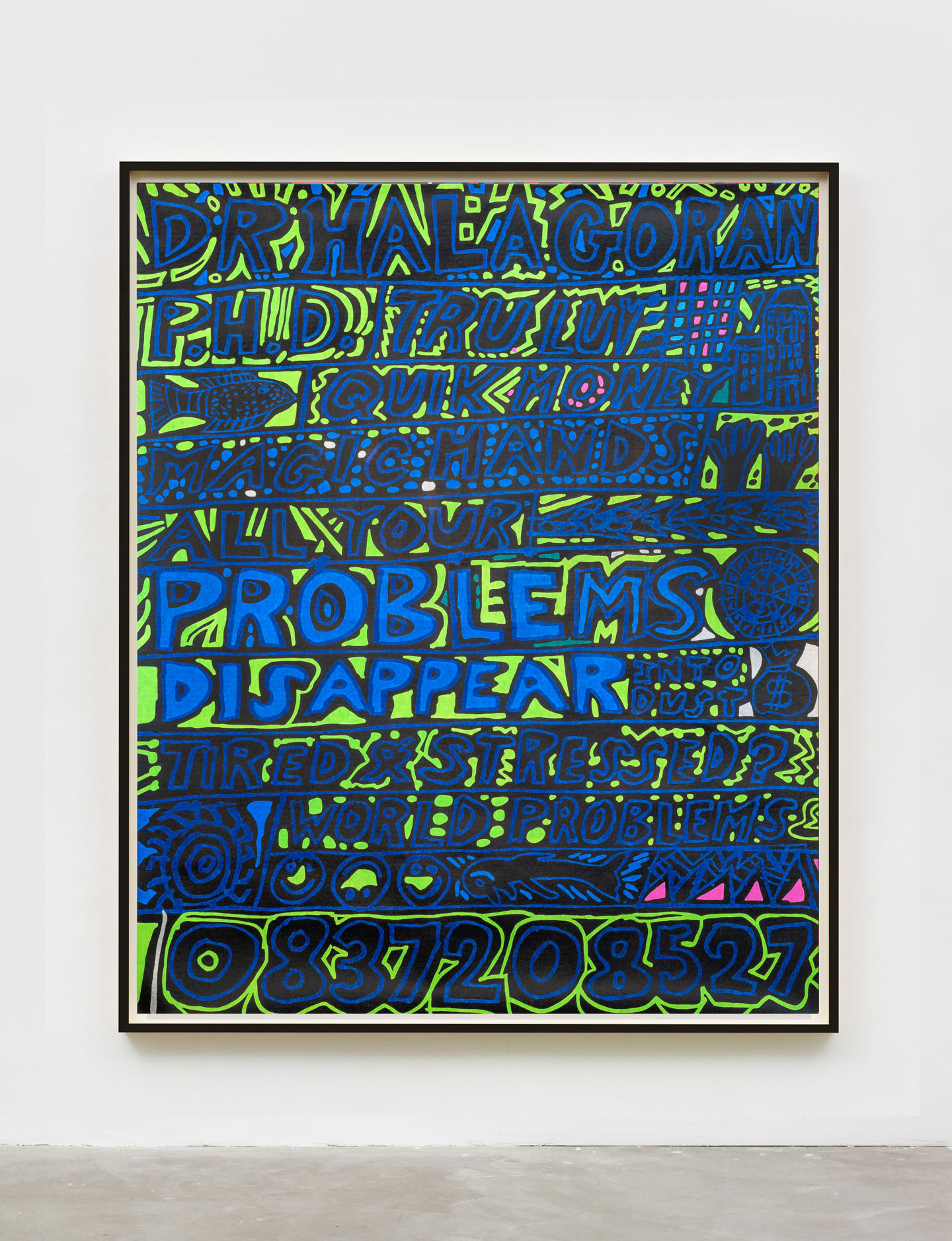 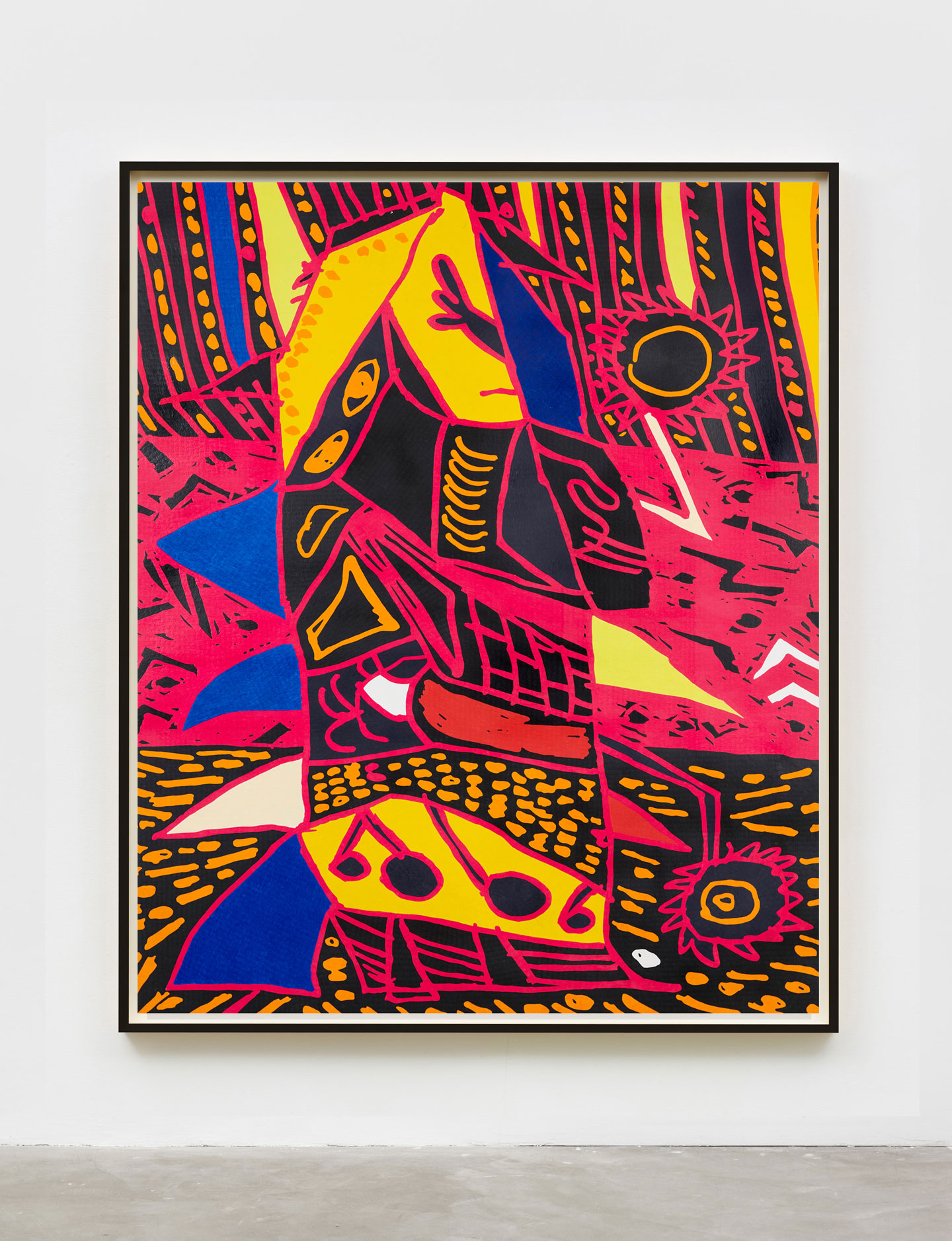 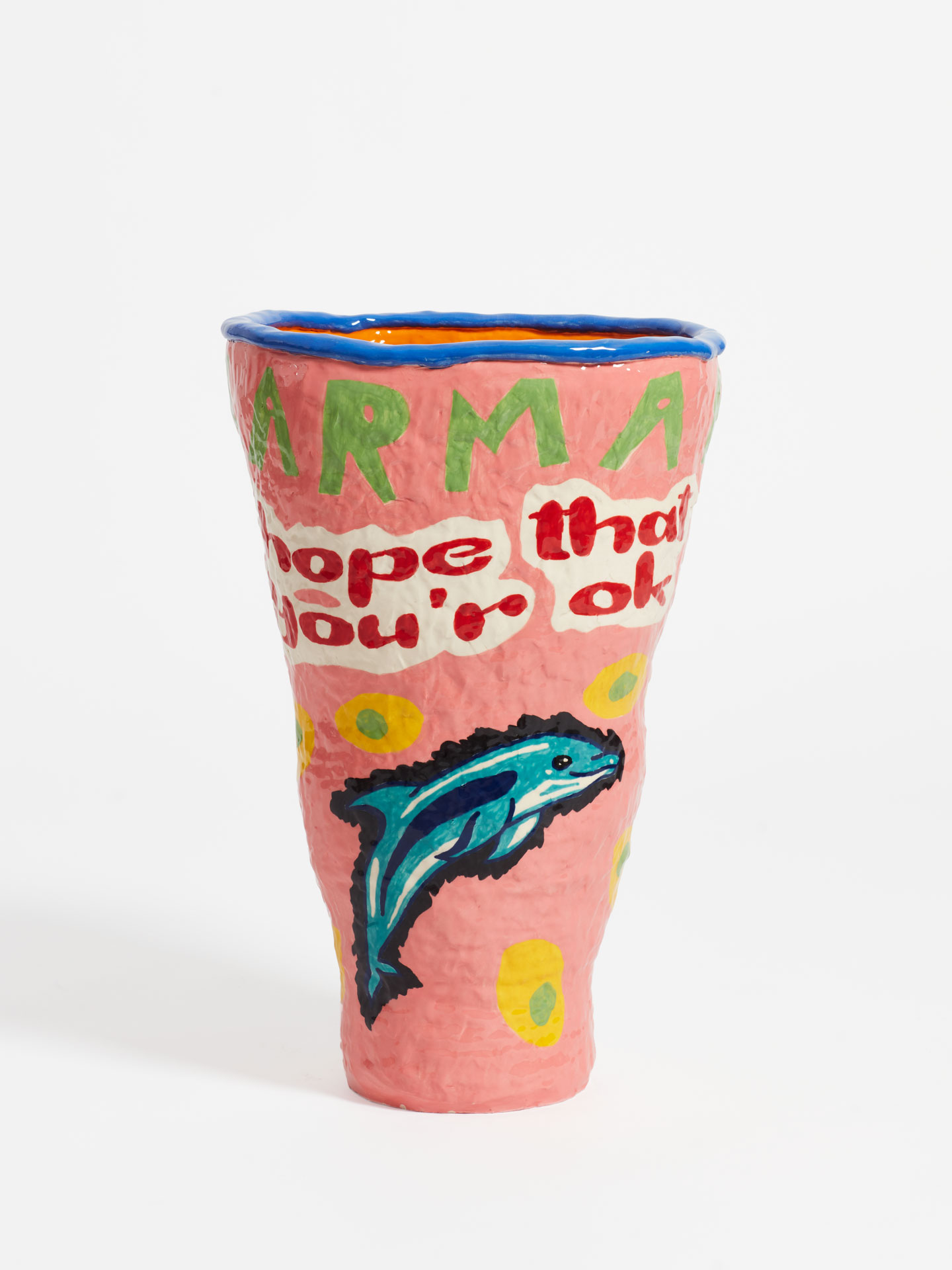 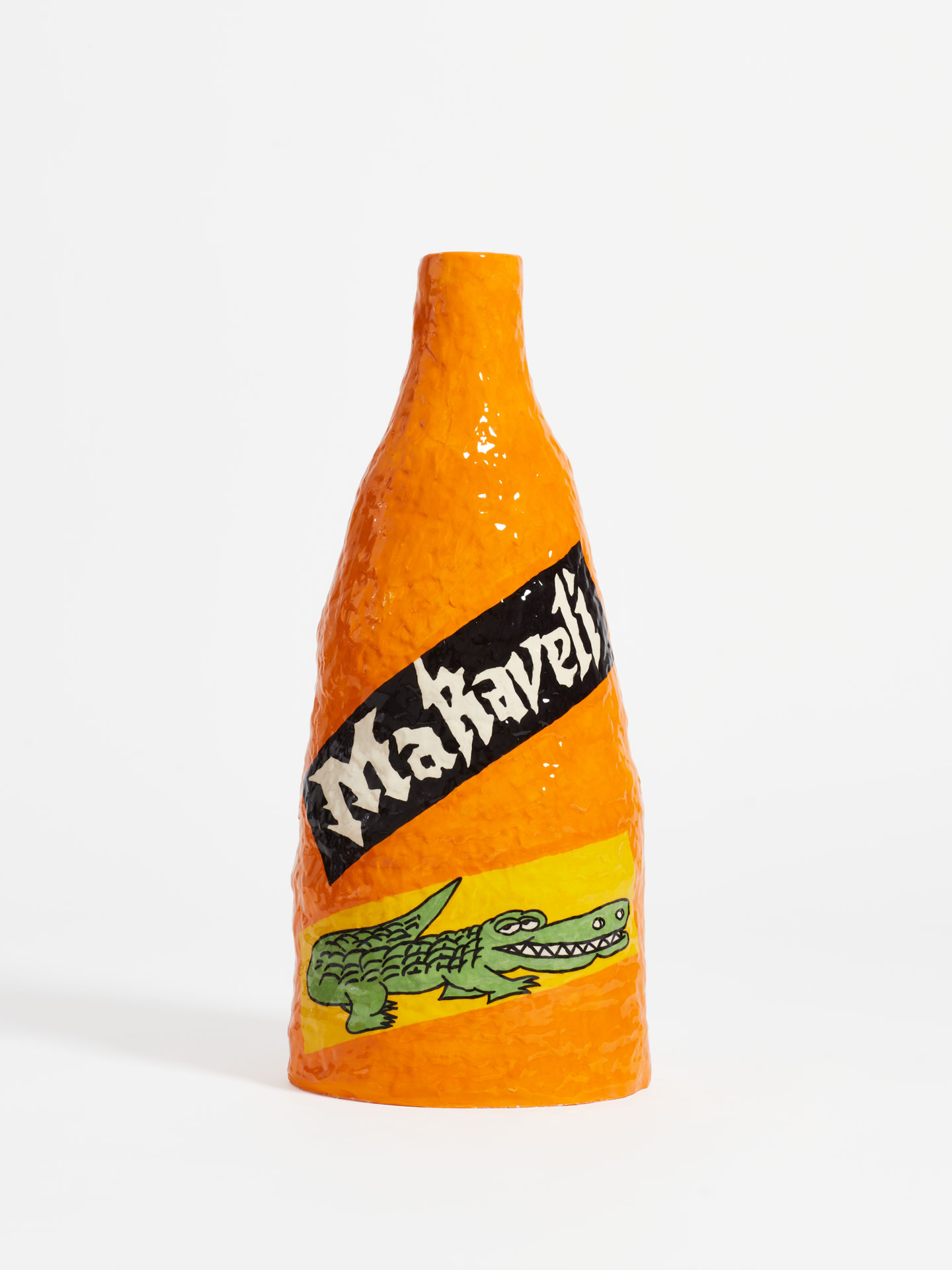 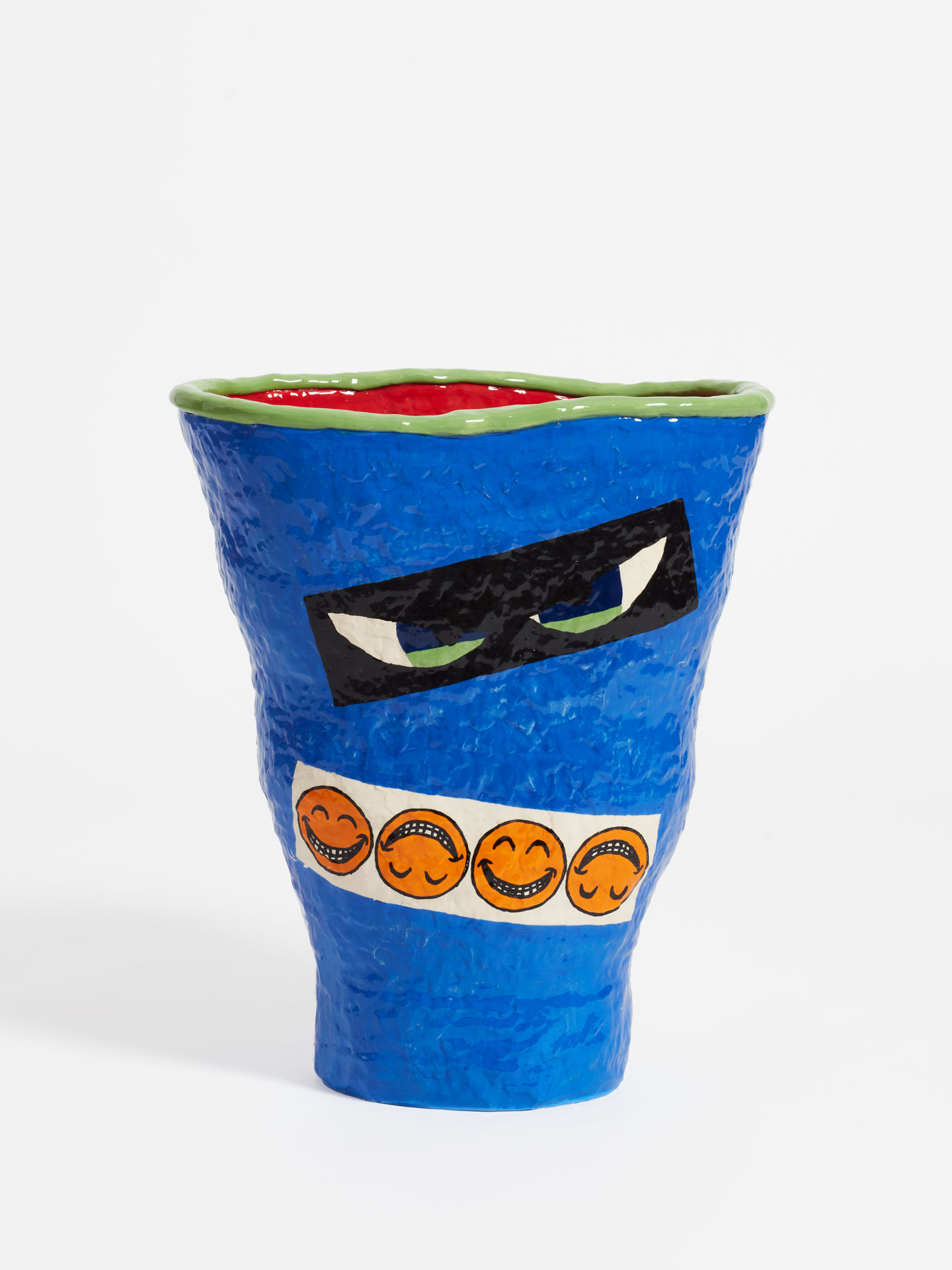 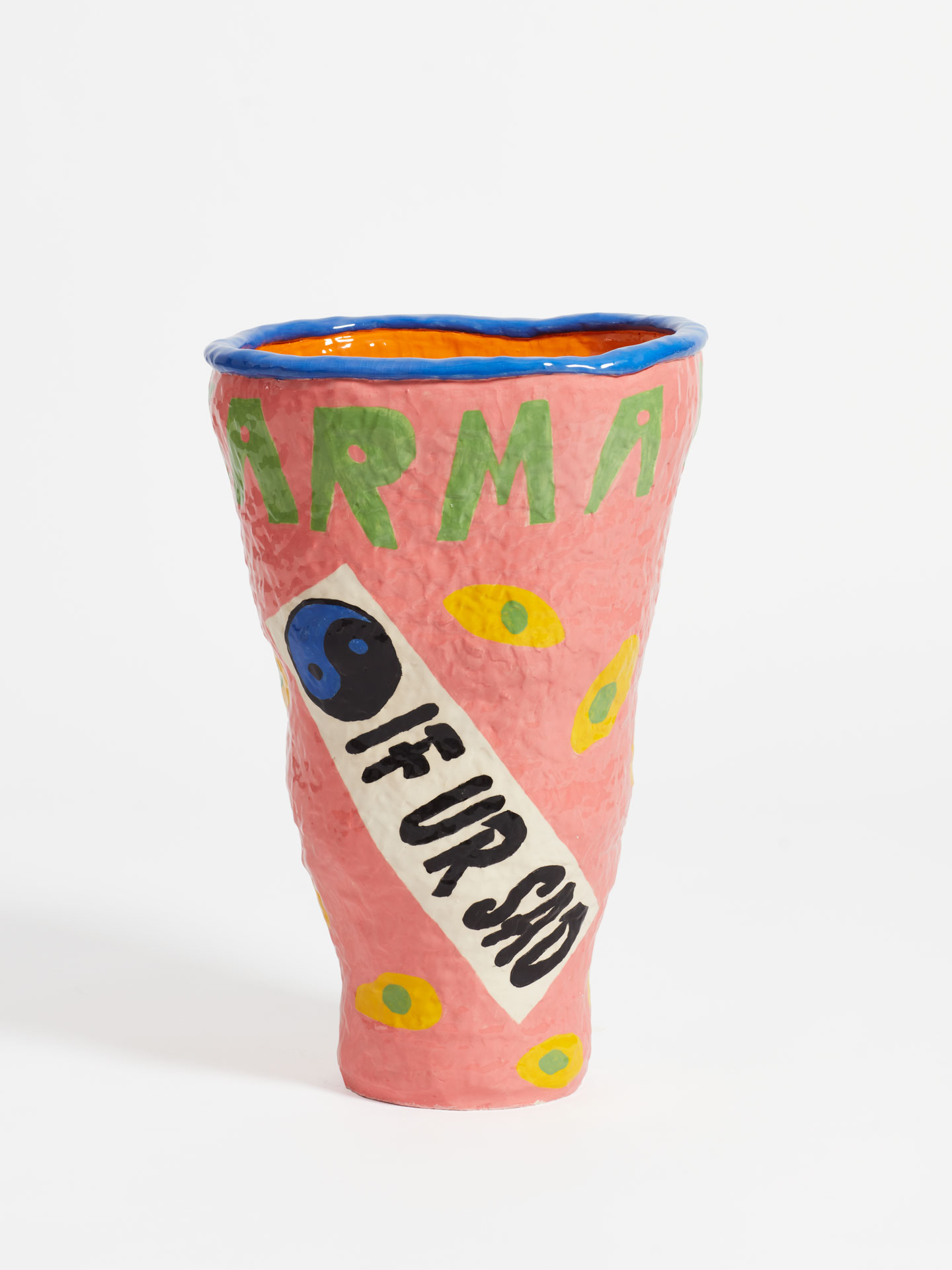 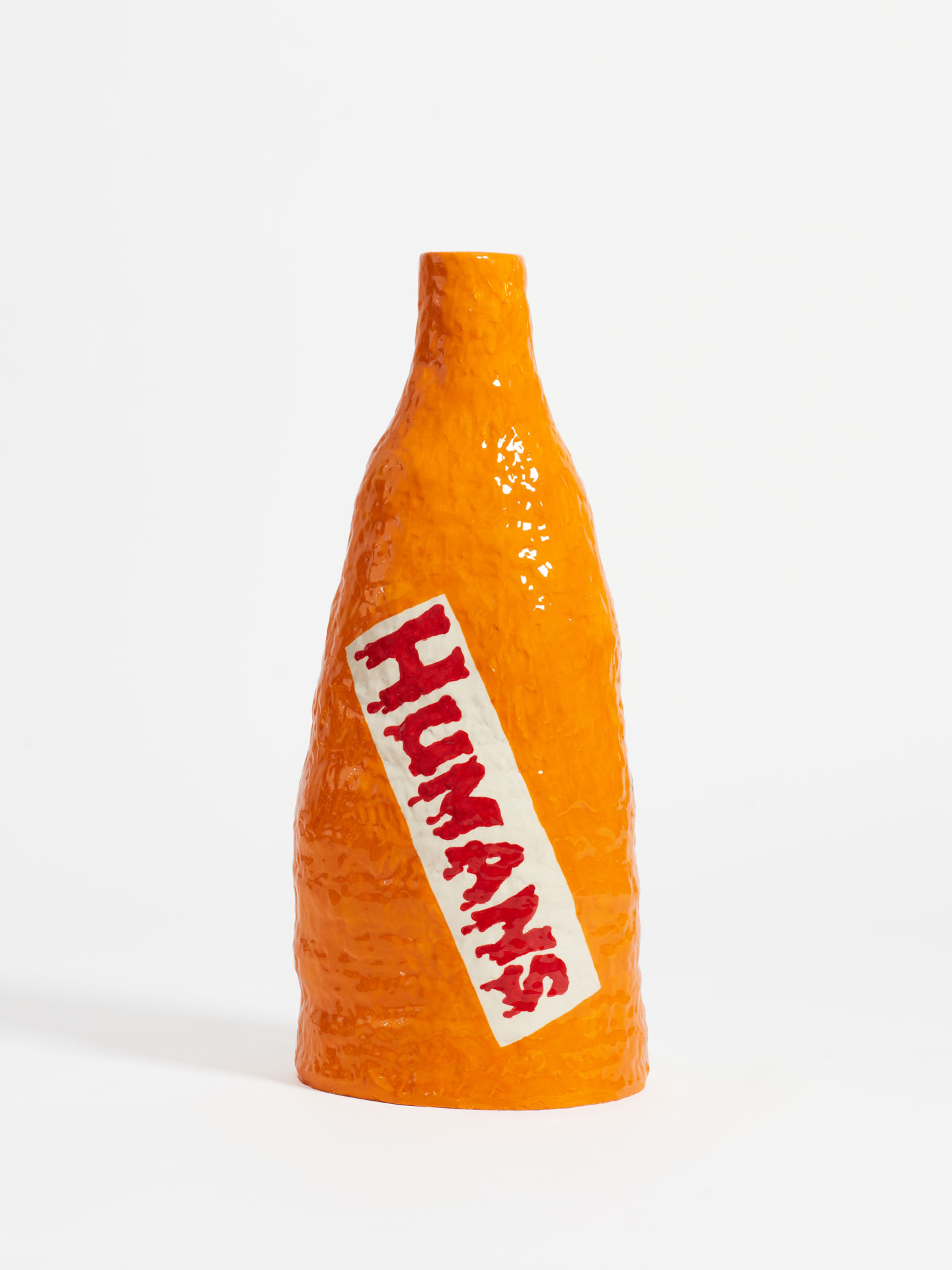 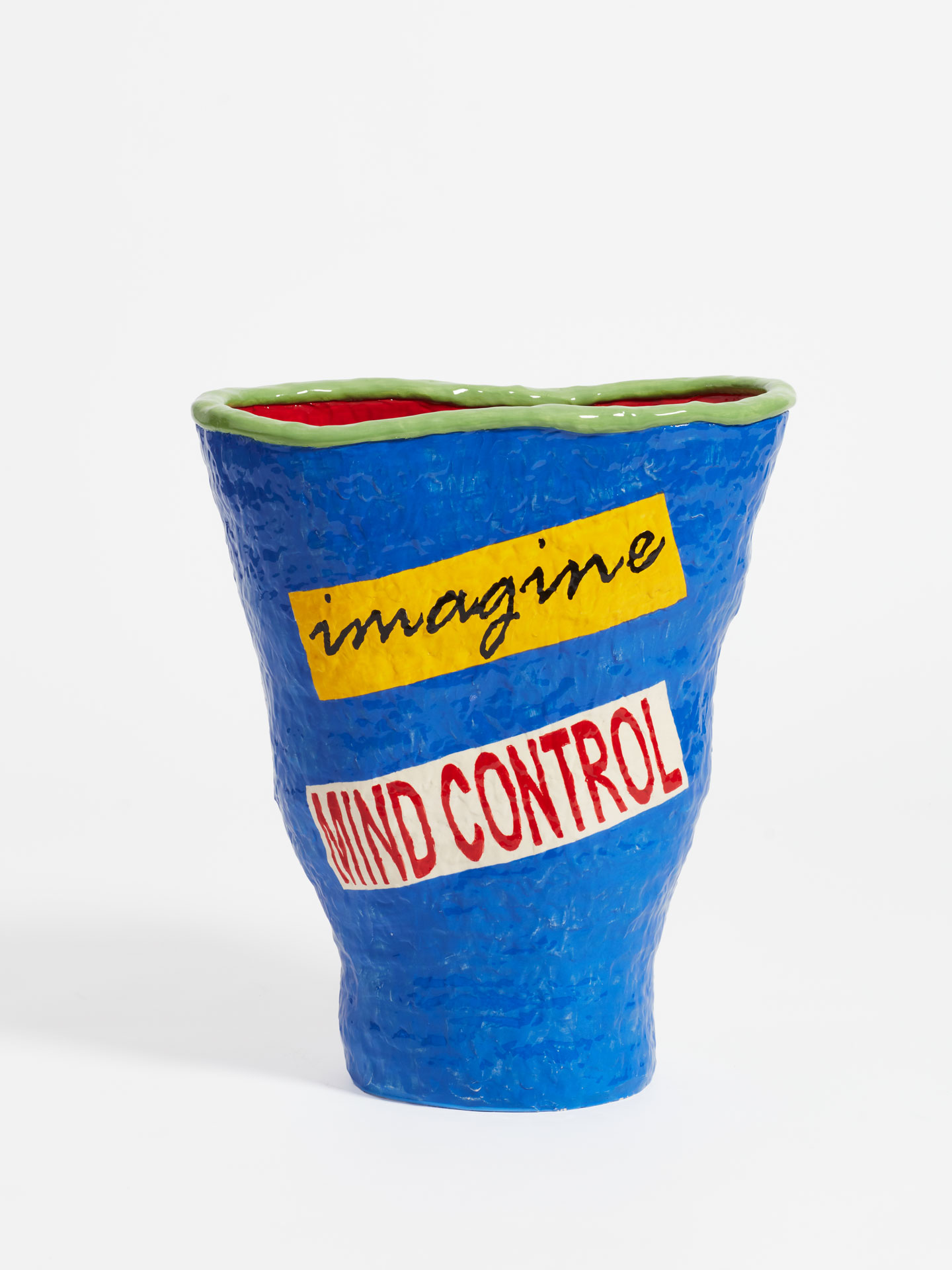 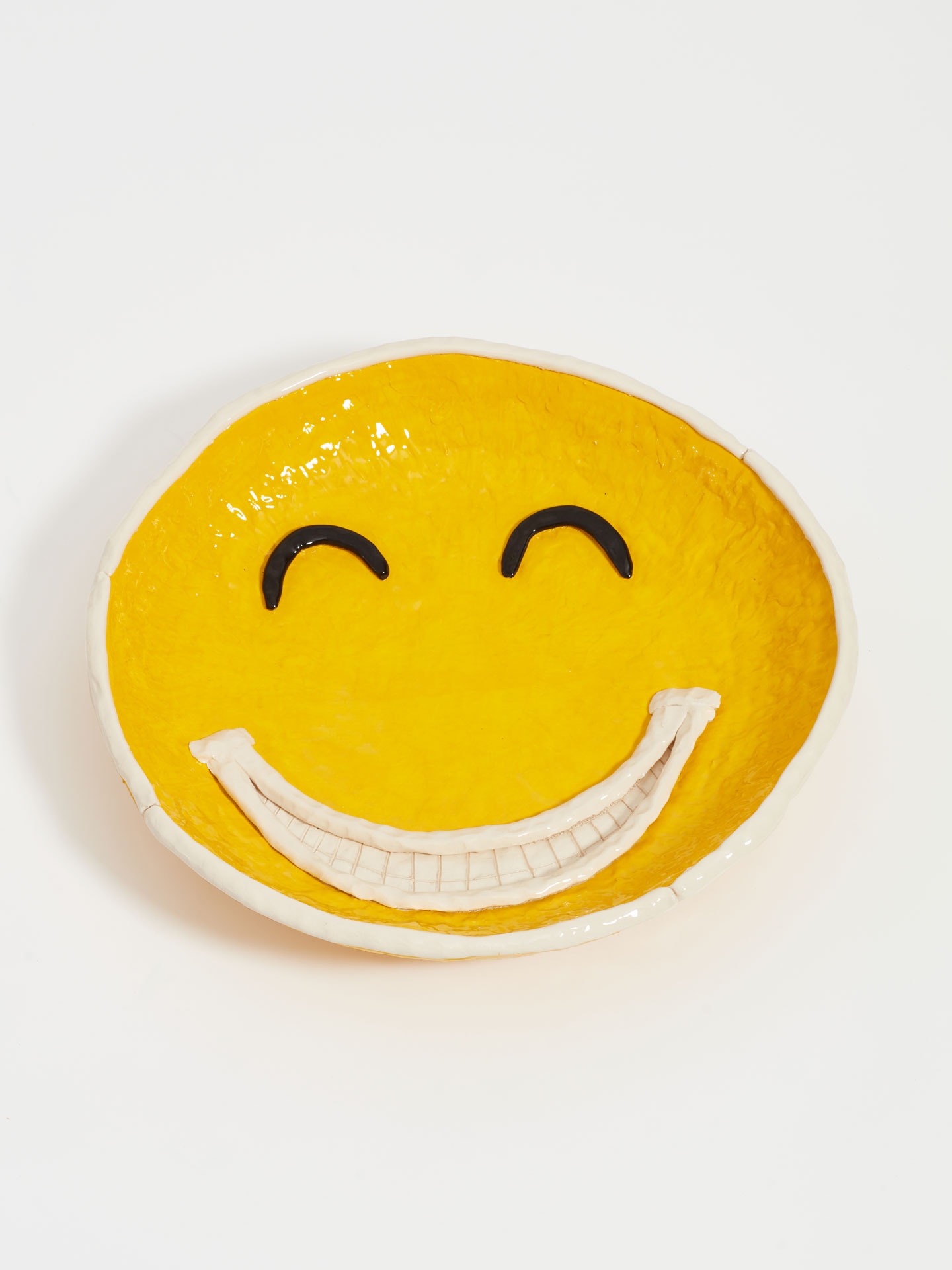 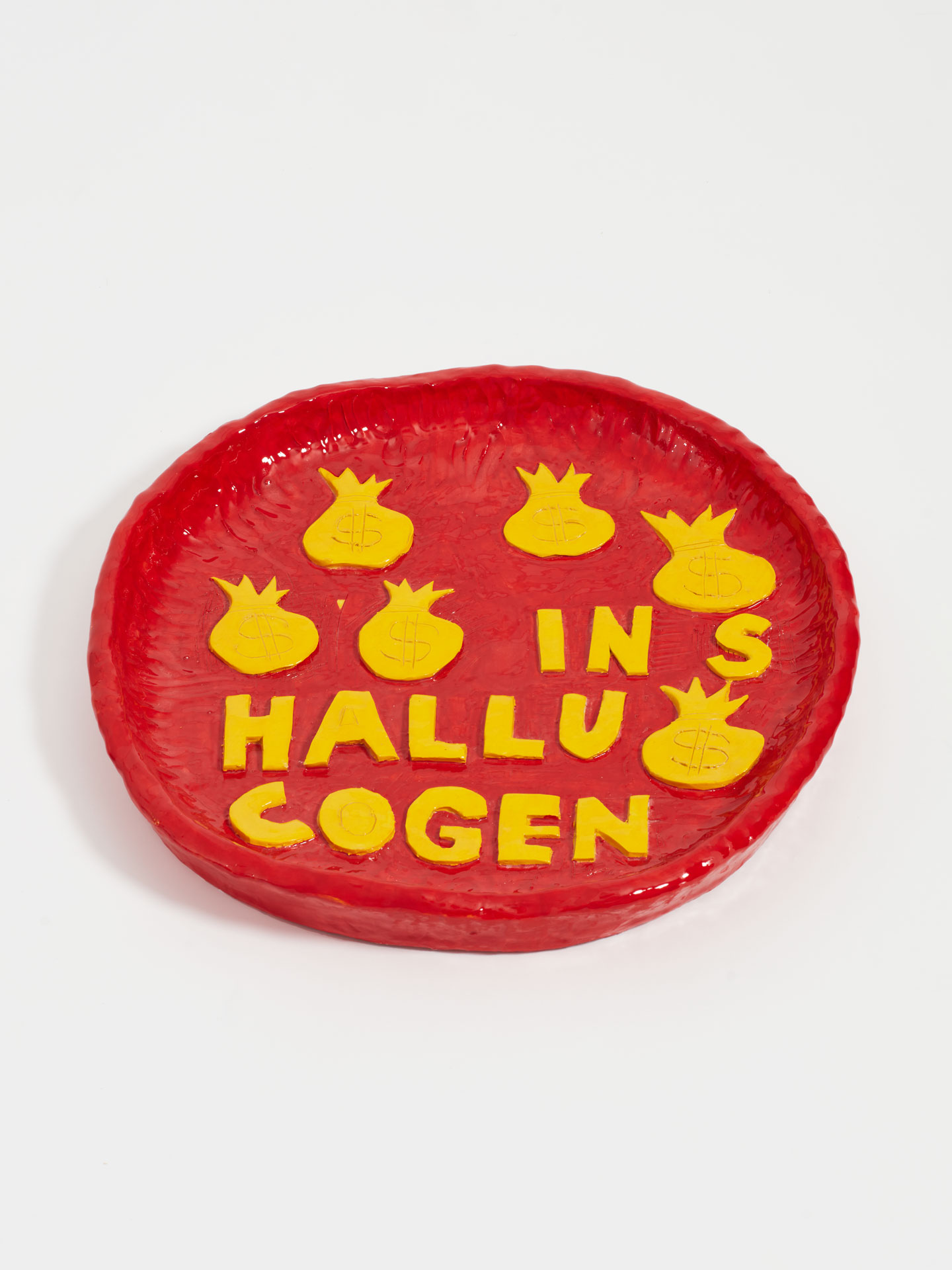 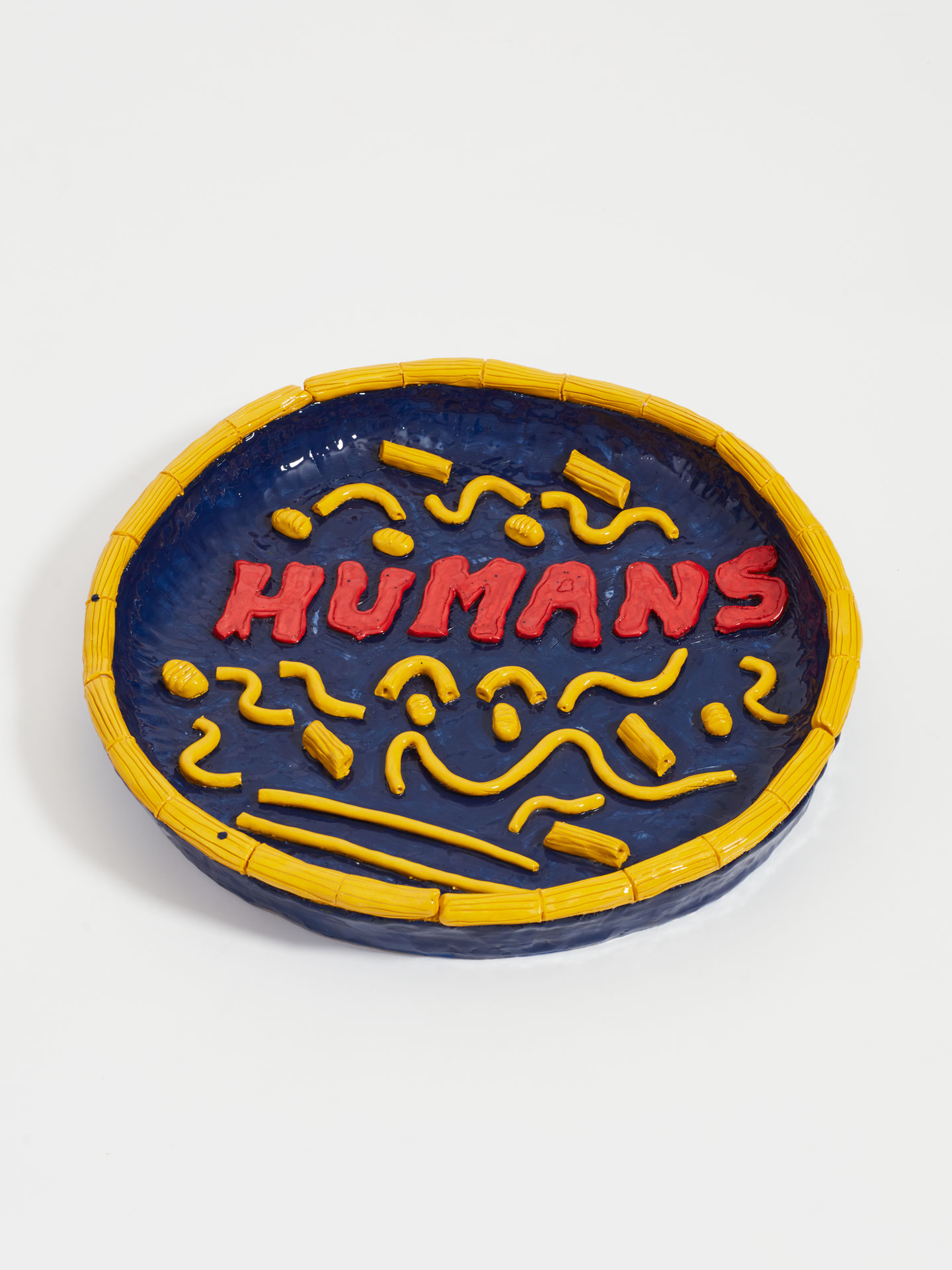 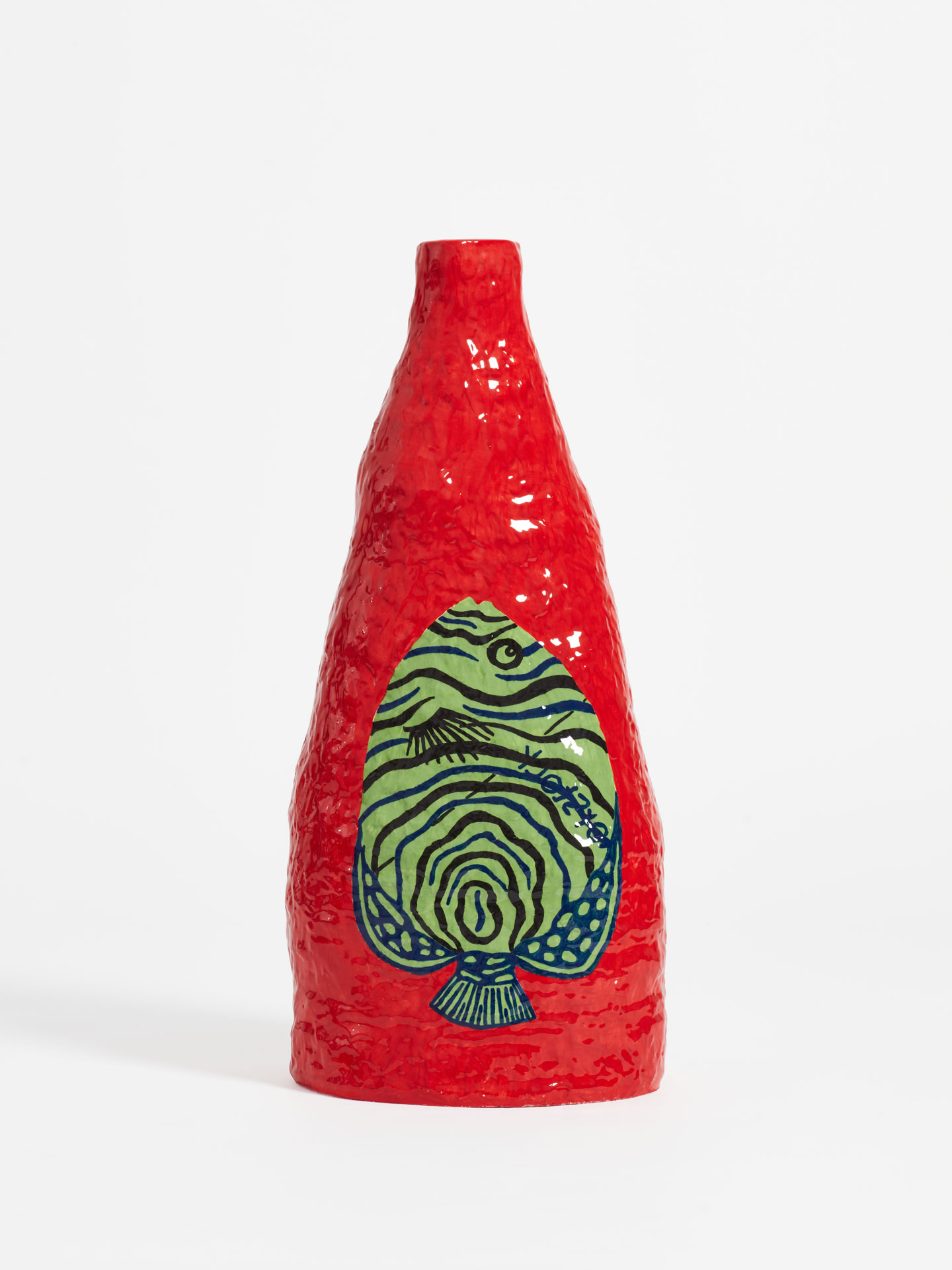 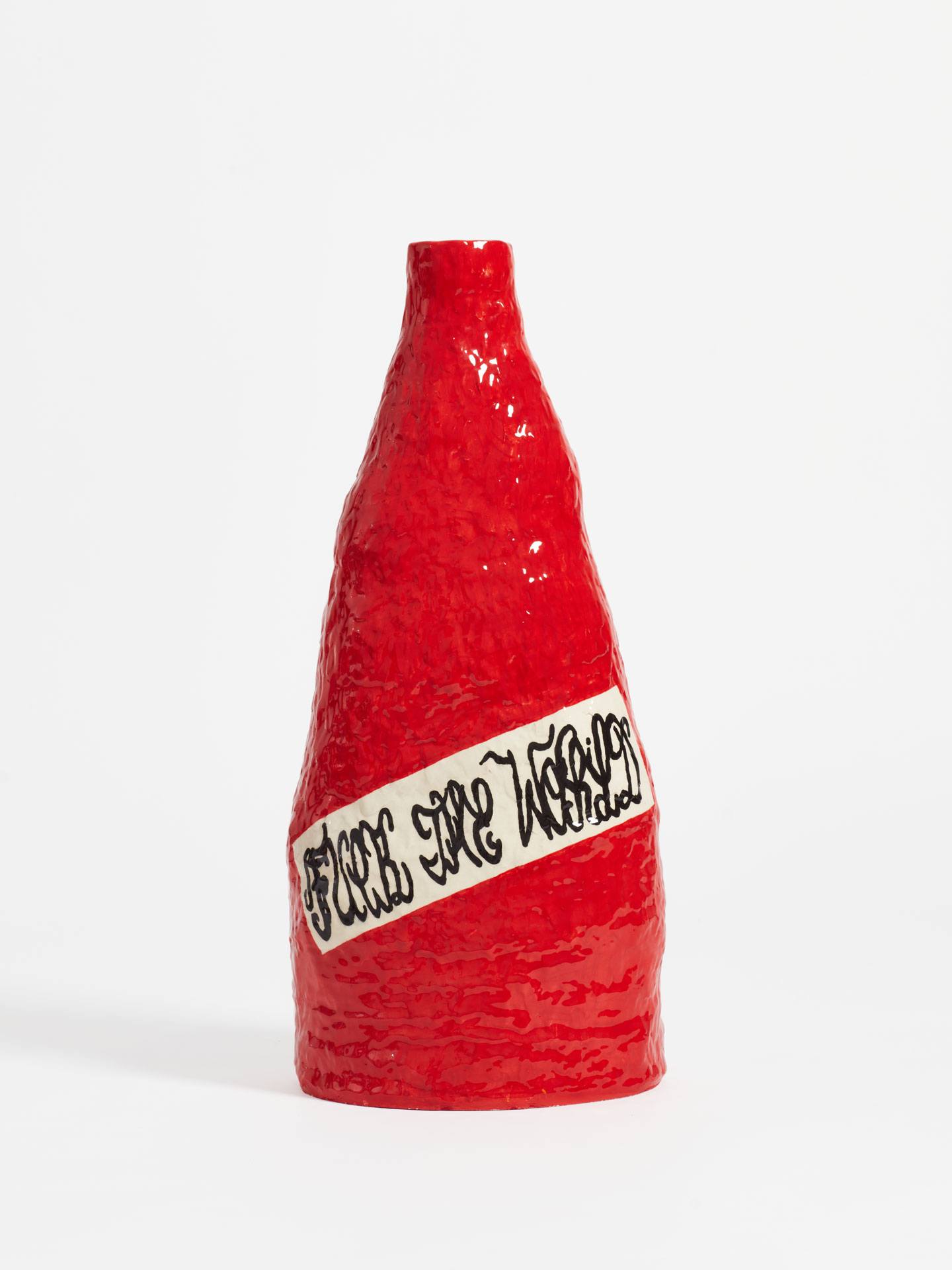 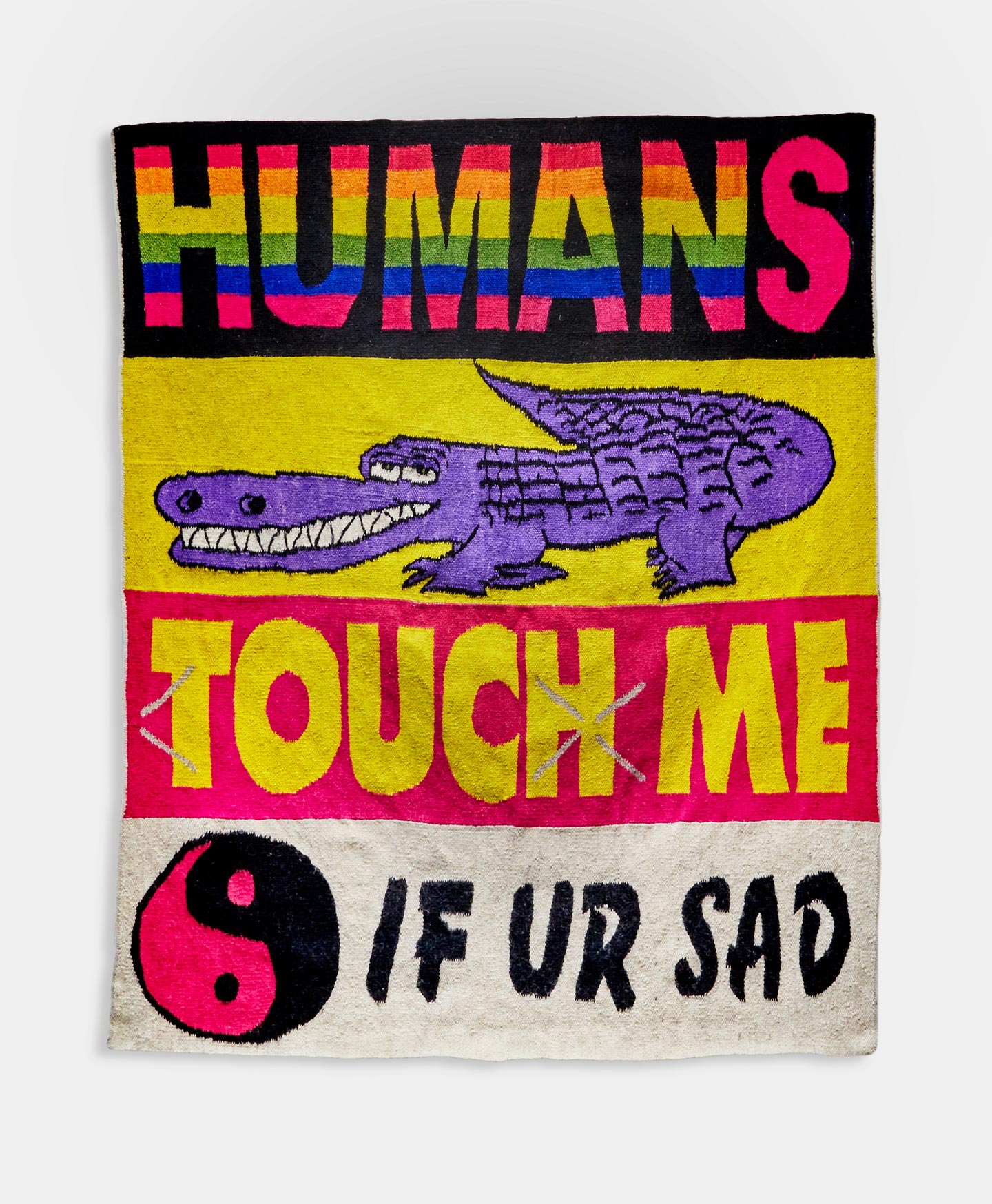 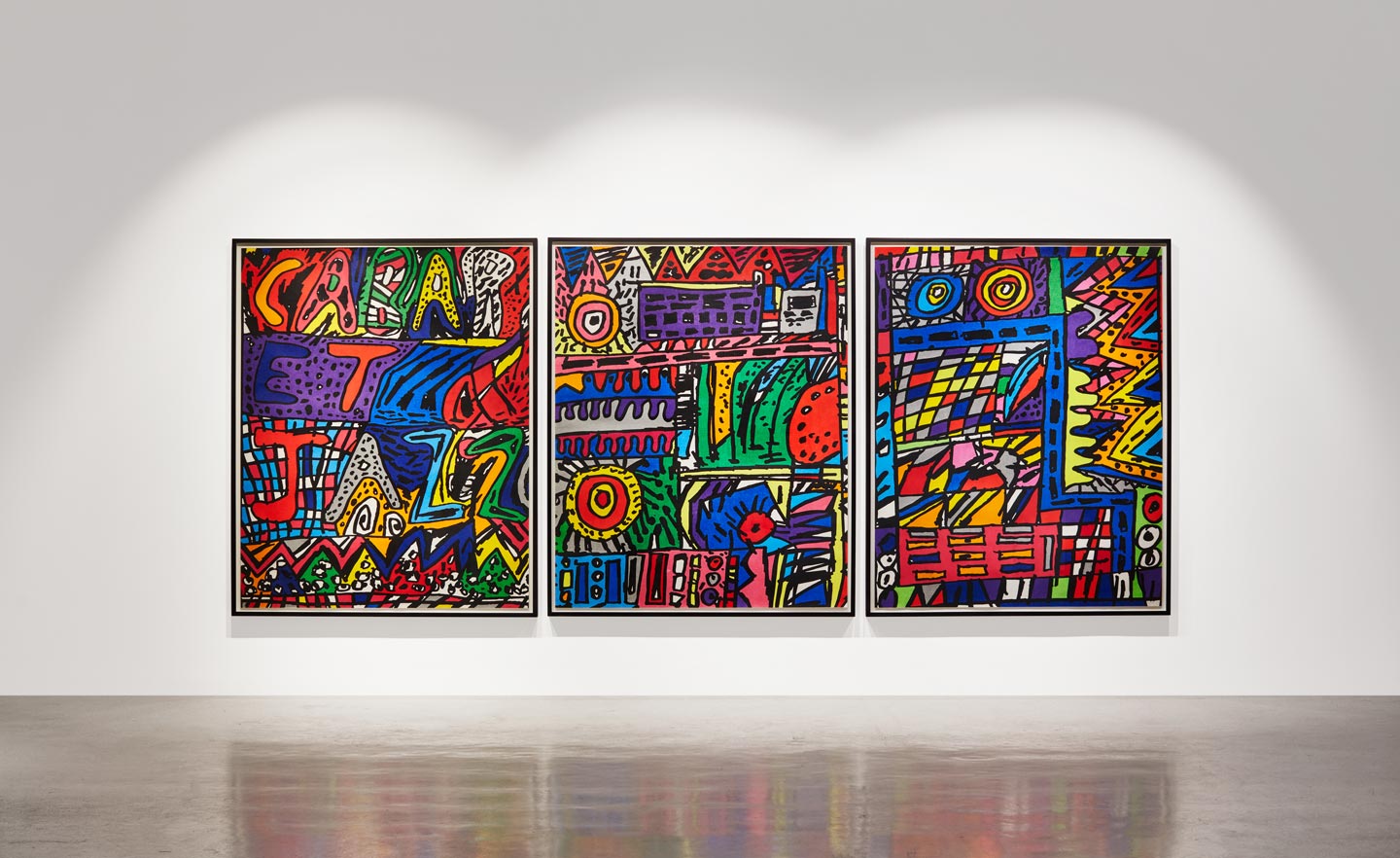 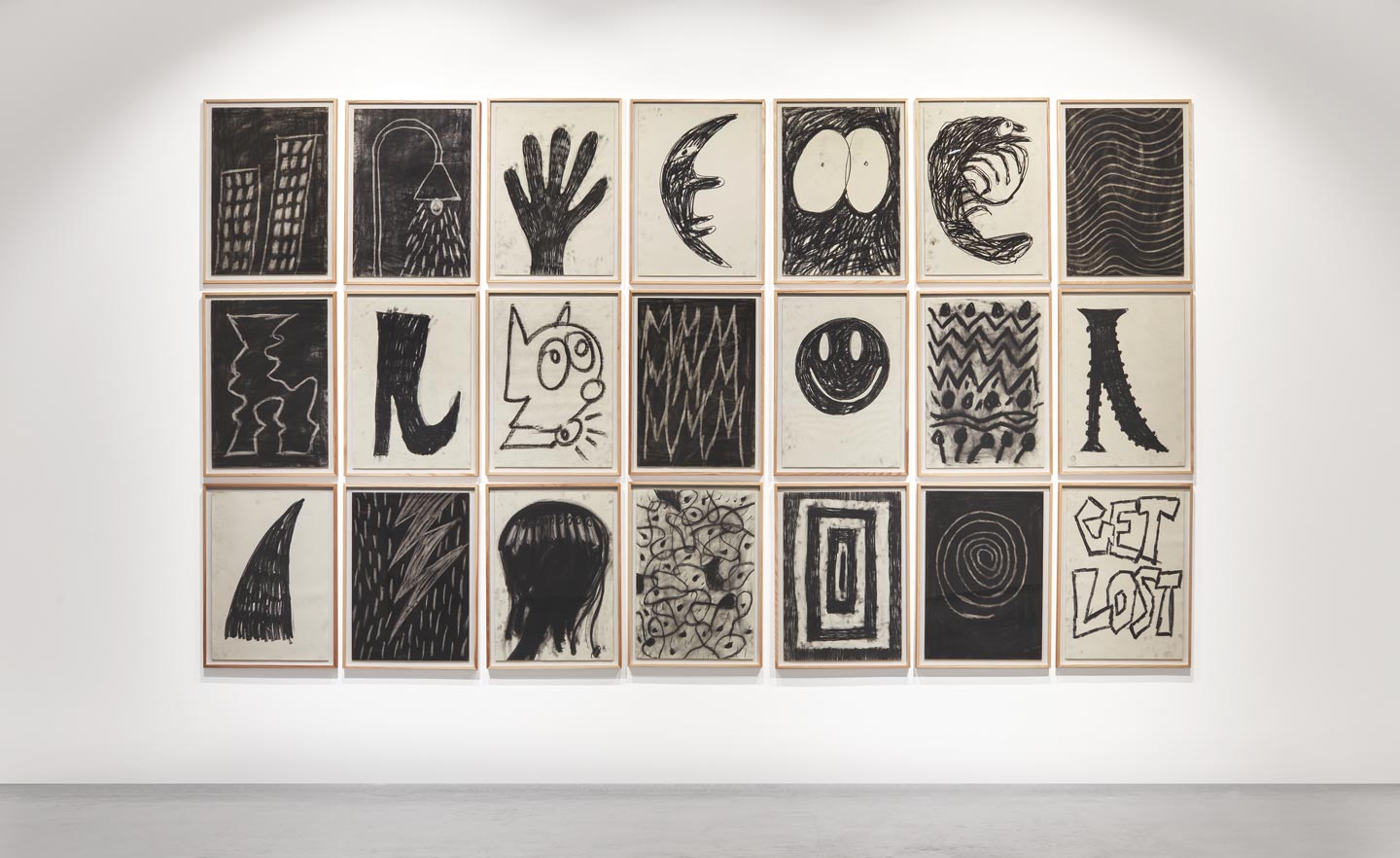 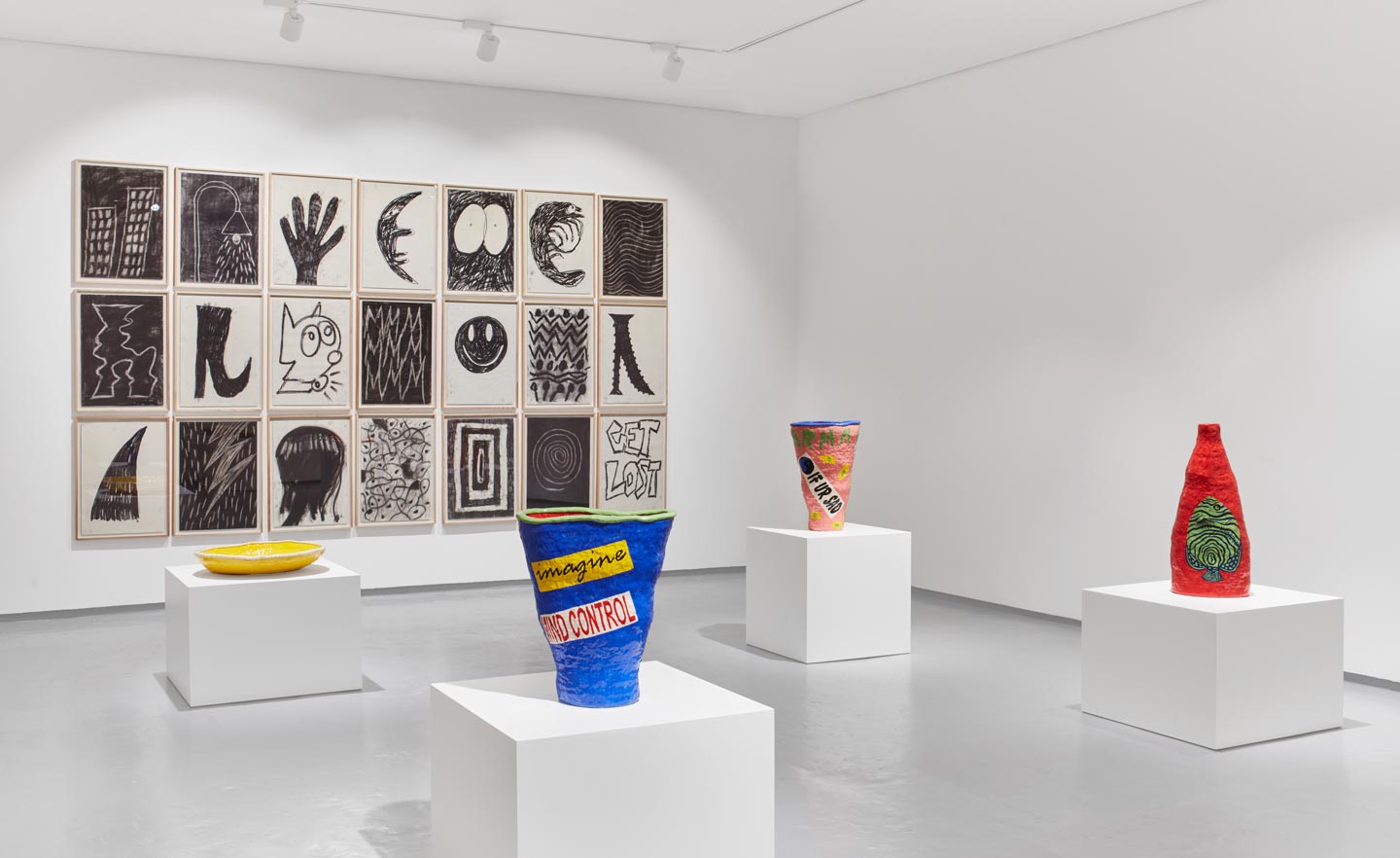 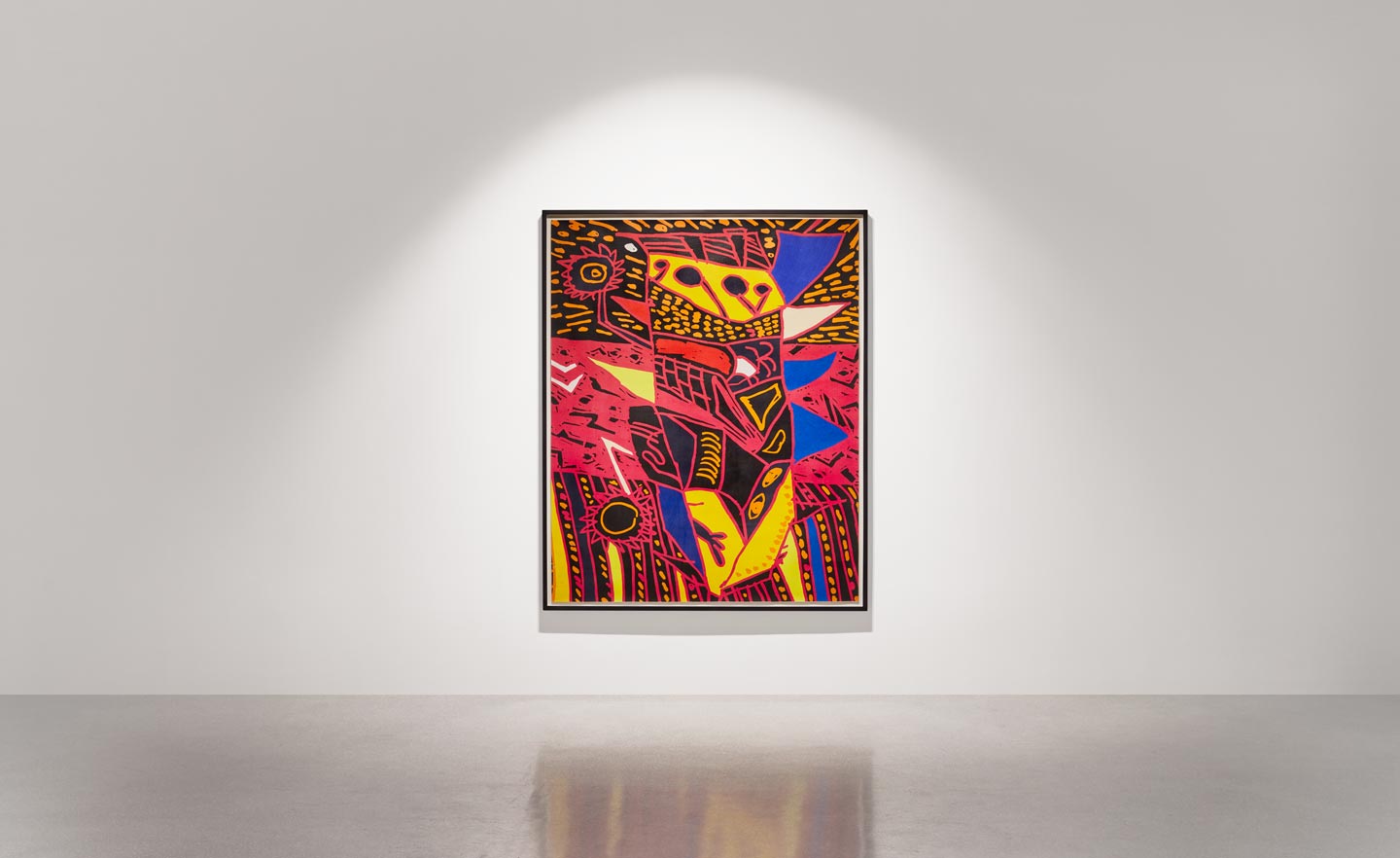 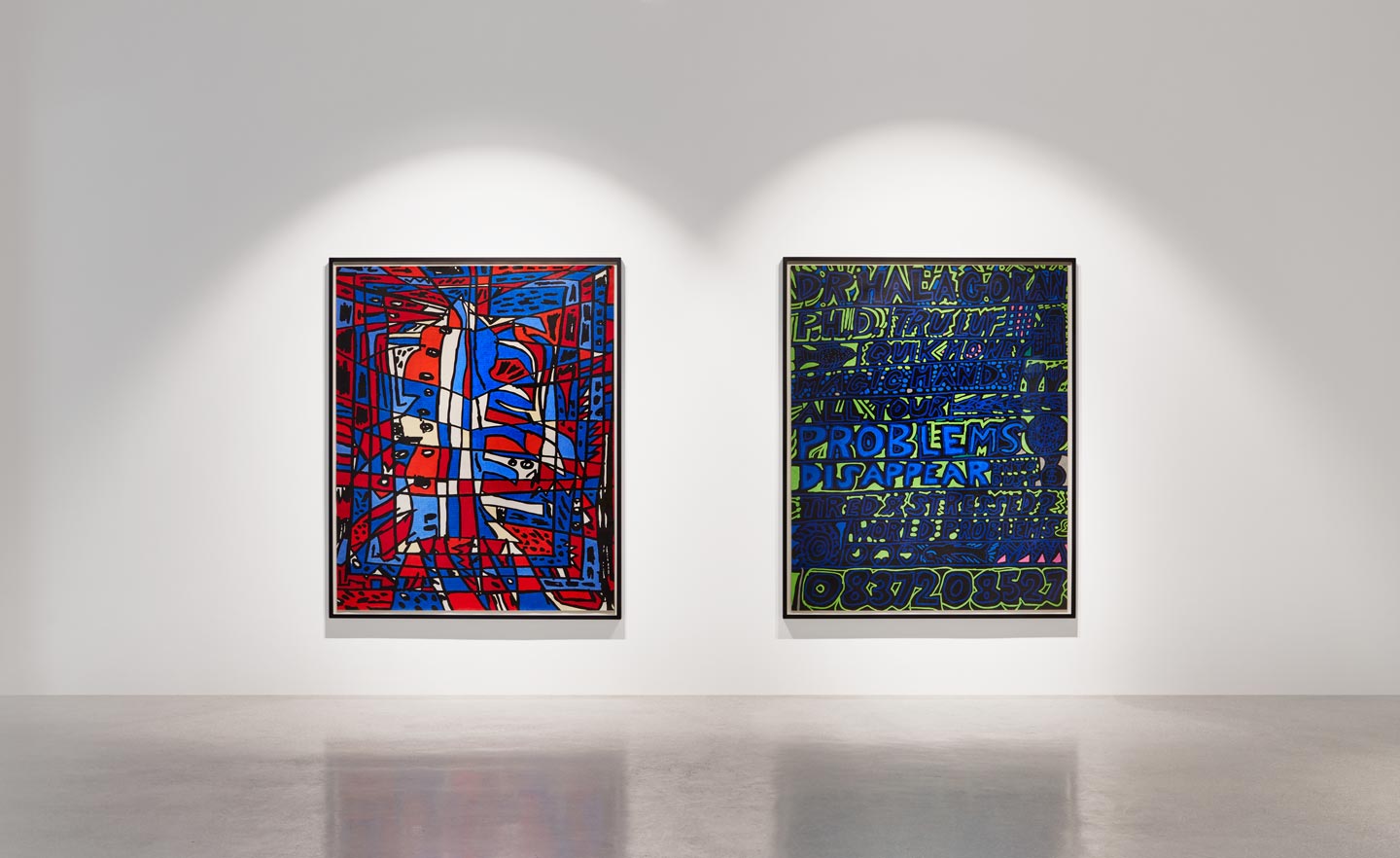 ] enter lizard lounge
] look
“This looks like a great place to be from. (You wonder where they keep the lizards.)”
] look comedian
“Evidently, HE thinks he’s funny!”
] listen comedian
“I just flew in from Coarsegold… …and, boy, are my arms tired!”
[Ba Dum Tssshhh!!!]
“Whaddsa’ matter, folks? Am I keeping you up?”

In colloquial terms, a ‘rimshot’ refers to a percussive flourish used to punctuate a joke. While originating with cabaret or vaudeville acts, the comedic rimshot really defined itself in the so-called ‘Borsch Belt’ comedy circuit in the summer resorts of the Catskill Mountains favoured by New York Jewish communities in the first half of the twentieth century. The tactical interplay between comedian and drummer allowed a direct channelling of the energies of the Borsch Belt’s tough audiences who, to put it mildly, were not afraid to heckle.

Subsequently, the rimshot has increasingly become associated with weak puns and jokes so inept that the audience may have completely missed that an attempt at humour was made and require a prompt. It can of course also be deployed strategically as an aesthetic choice to double down on groan-inducing humour with reckless abandon and can be a devastating tool of subversion in the hands of a wily satirist. Regardless of intent, the rimshot is the infinitely more respectable forebearer to the garish kitsch of canned laughter.

It is a peculiar catachresis that what is usually associated with the term doesn’t actually need to include a rimshot at all. In percussion terminology, a rimshot refers to a technique wherein the drummer hits the edge of the snare drum (the titular ‘rim’) and the drum’s head at the same time with their stick, producing a sharp, bright accent. Achieving a fully-realised Ba Dum Tssshhh however requires a string of different hits – usually combining snare, bass drum, and crash cymbal – and could more correctly be termed a ‘sting’. One could reasonably hypothesise that the preference for rimshot in popular usage over sting may result from the hilarity of its perceived double entendre, but further scientific research is required to state this definitively.

The ubiquity of this incorrect usage of rimshot has resulted in the incomparable jazz drummer and bandleader Gene Krupa being erroneously assigned the honors of inventing the rimshot in a comedic sense, when in reality he was a pioneer of the stick technique. And a showman par excellence. Seriously, go listen to his playing on Benny Goodman’s Sing, Sing, Sing (With a Swing) again.
What Krupa did do was to liberate the role of the drummer from the heinous trappings of post-vaudeville mimesis which, in a very roundabout way, presents an opportunity to muse on the devastating comedic power of the rimshot when it comes to tonal subterfuge.

With vaudeville, as arts journalist Matt Brennan notes, “the drummer was a highly visible personality in the show itself, interacting with the characters onstage and often playing a comedic role or love interest.” When silent motion pictures usurped vaudeville as America’s entertainment format of choice – the films would initially form part of vaudeville shows and later take over the same theatres – this dynamic role was diminished to that of slavish diegetic accompaniment.

Audiences found the experience of watching films in complete silence to be immensely disturbing. As a result, some vaudeville drummers fashioned a niche for themselves as ‘trap drummers’, responsible for creating the sound effects and foley in time with the films. This fledgling approach introduced a conflict of tonal appropriateness when old vaudeville techniques were applied, and resulted in a minor scandal within the pages of Moving Picture World.

Controversially, a well-meaning trap drummer was heavily criticised in a 1911 issue of the publication for “making a roll and a crash” during a serious film of a man sliding down a snowbank (employing a technique known as ‘catching the falls’ in straight vaudeville). Music columnist Clarence E. Sinn defended the harsh criticism asserting that while “much liberty is allowable in comedy pictures”, dramatic pictures required a more delicate touch, approximating reality as closely as possible.

Mr. Sinn continues, “Now a person sliding down a snowbank would scarcely produce such a sound as that of a drum roll and crash-honestly now, would he? … I don’t believe it were best to call attention to it at all: certainly not with heavy crashes (which I believe are generally understood to include cymbals).”

“My uncle is a hit man for the Mob. What a great job! He only goes to work when it’s time to knock off.”
[Ba Dum Tssshhh!!!]
“I shoulda never given up my day gig!”
]exit lounge

Cameron Platter’s adventurous and genre-hopping work in drawing, sculpture, video, collage, tapestry, and web, appropriates and filters the enormous amount of information available today. Blurring the distinction between high and low, his eclectic and multi-disciplinary approach typically draws from pop cultural sources as disparate as fast food, art history, ecology, animals, psychedelics, landscape, advertising, therapy, collage, politics and consumerism. Platter has taken part in exhibitions at MoMA, New York, SF MoMA, The 55th Venice Biennale, Le Biennale de Dakar, and the Bangkok Biennale. His work has been featured in publications such as Artforum, The Los Angeles Times, The Guardian, The Wall Street Journal, Vice Magazine, NKA Journal of Contemporary African Art, L’Officiel, SFAQ, and Art Africa. His work is part of the permanent collections of institutions such as MoMA, New York, The Zietz MOCAA Collection, The Bass Museum of Art, The Margulies Collection, and the Iziko South African National Gallery. He lives and works in Durban, KwaZulu-Natal, South Africa.