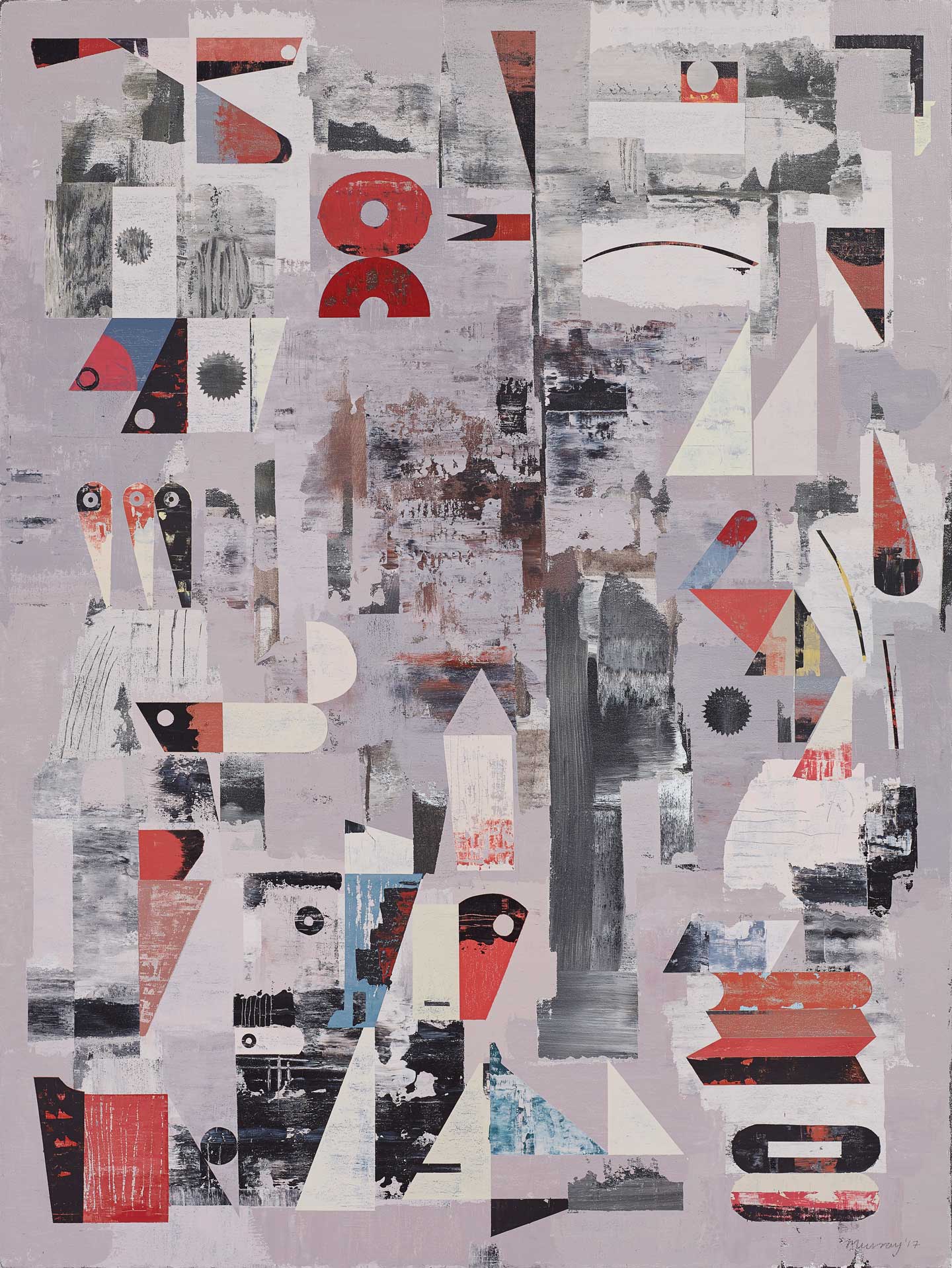 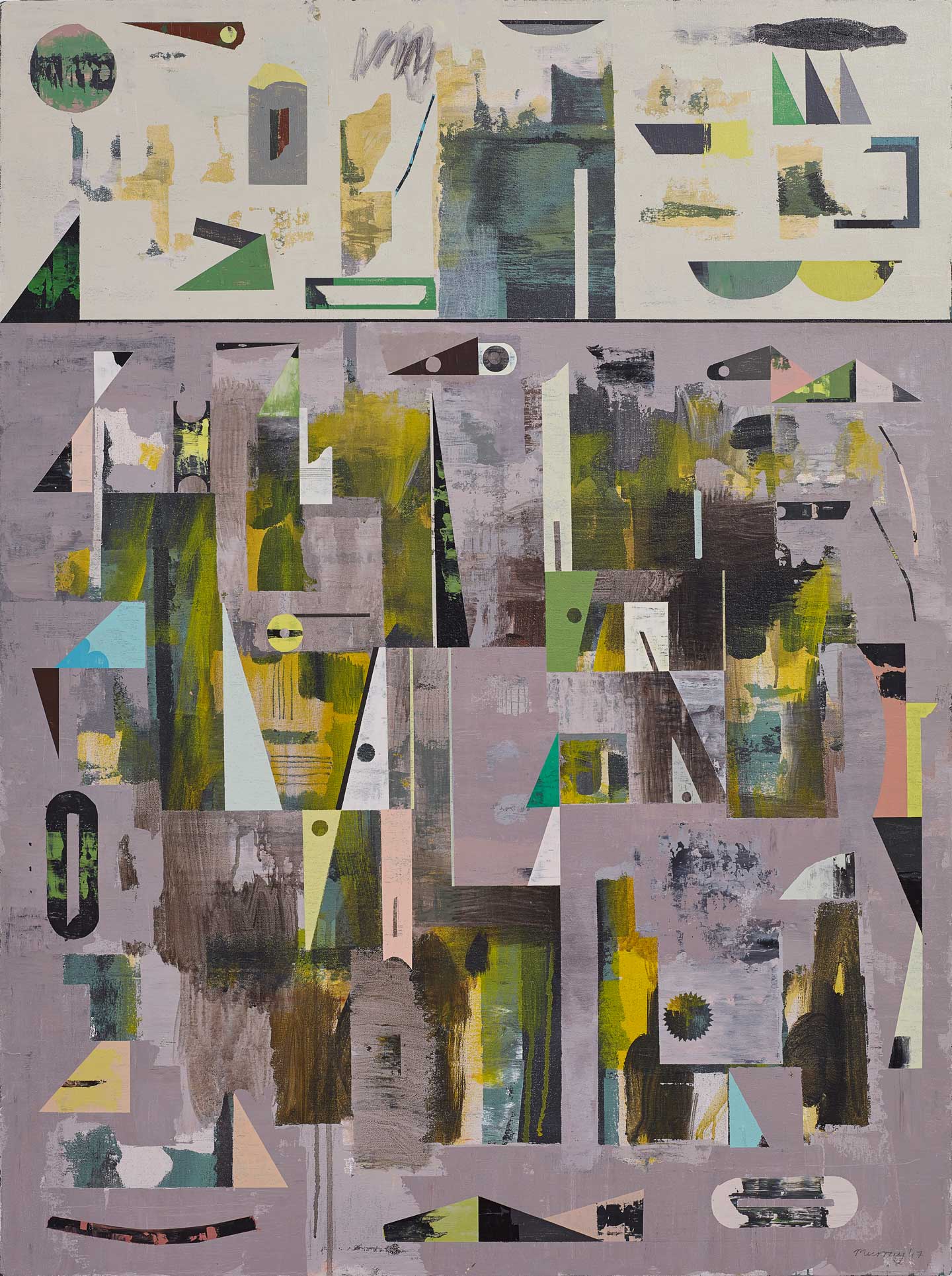 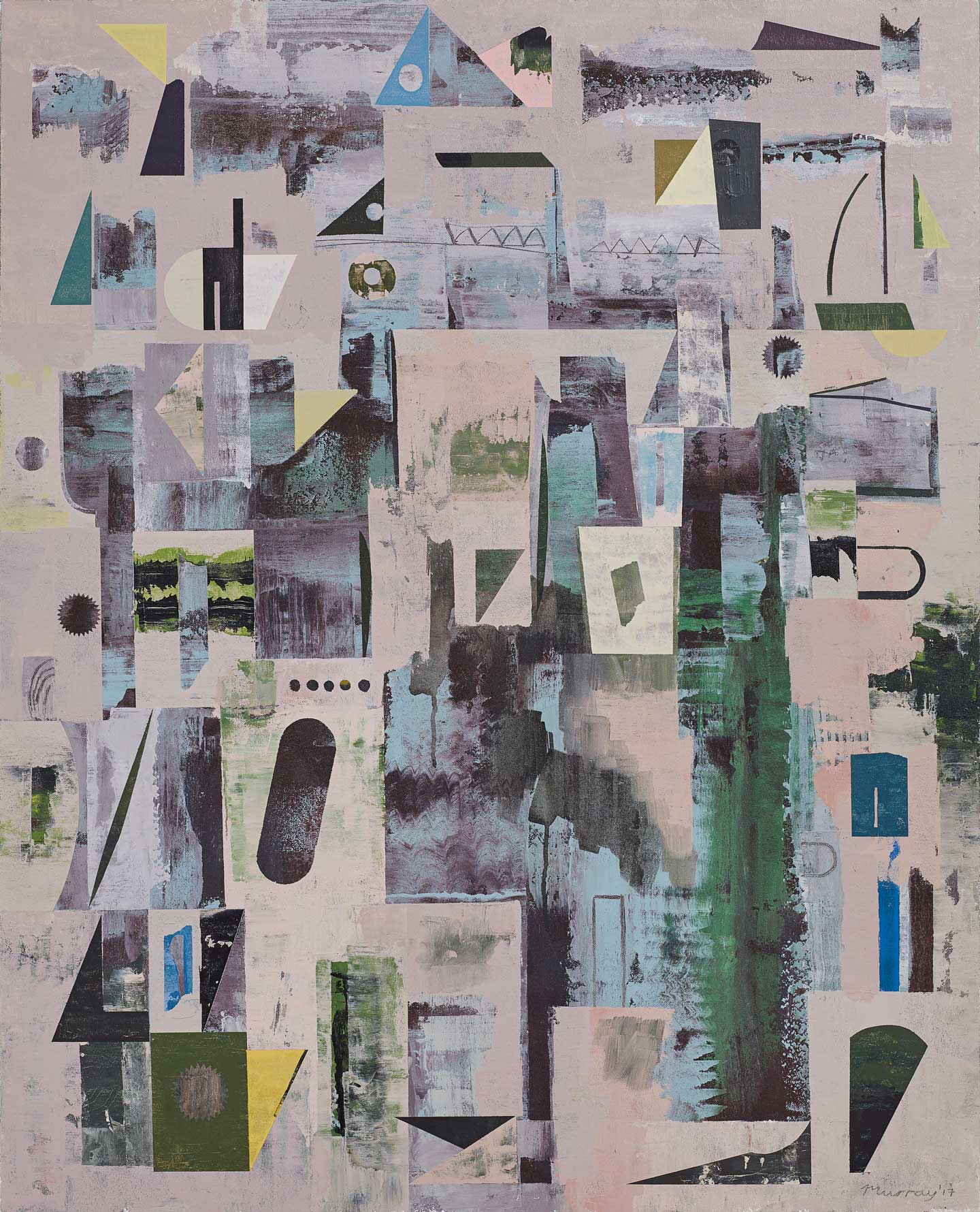 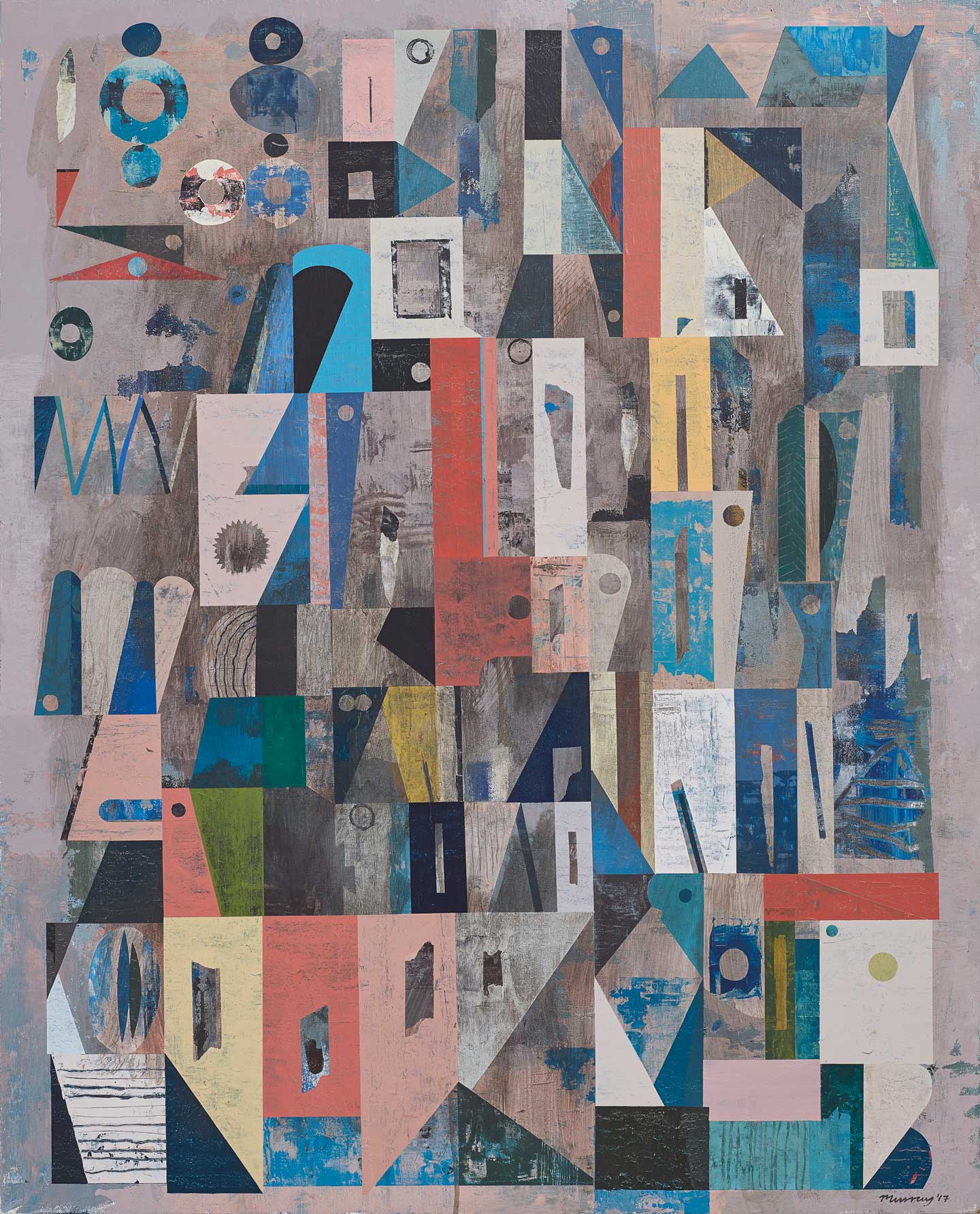 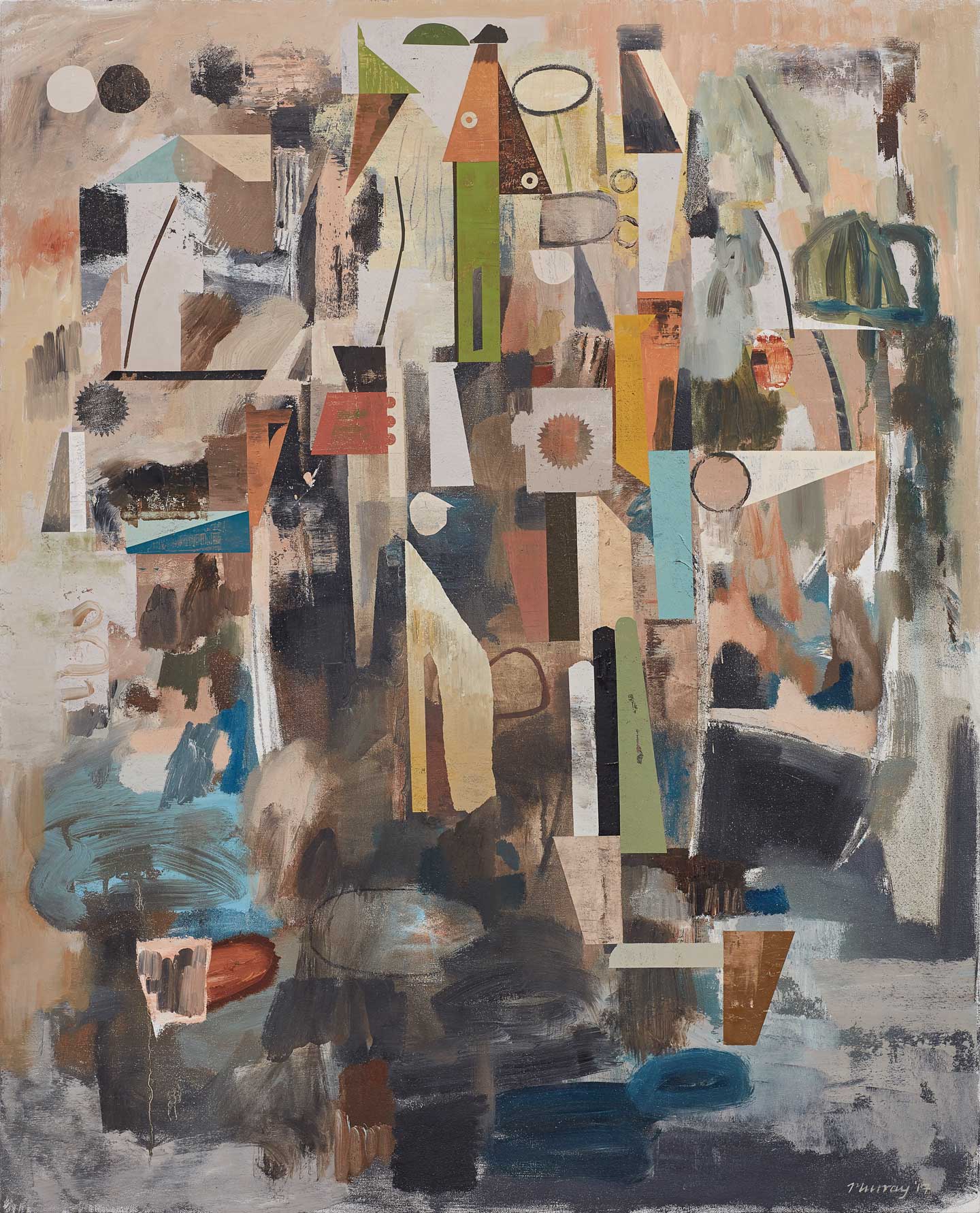 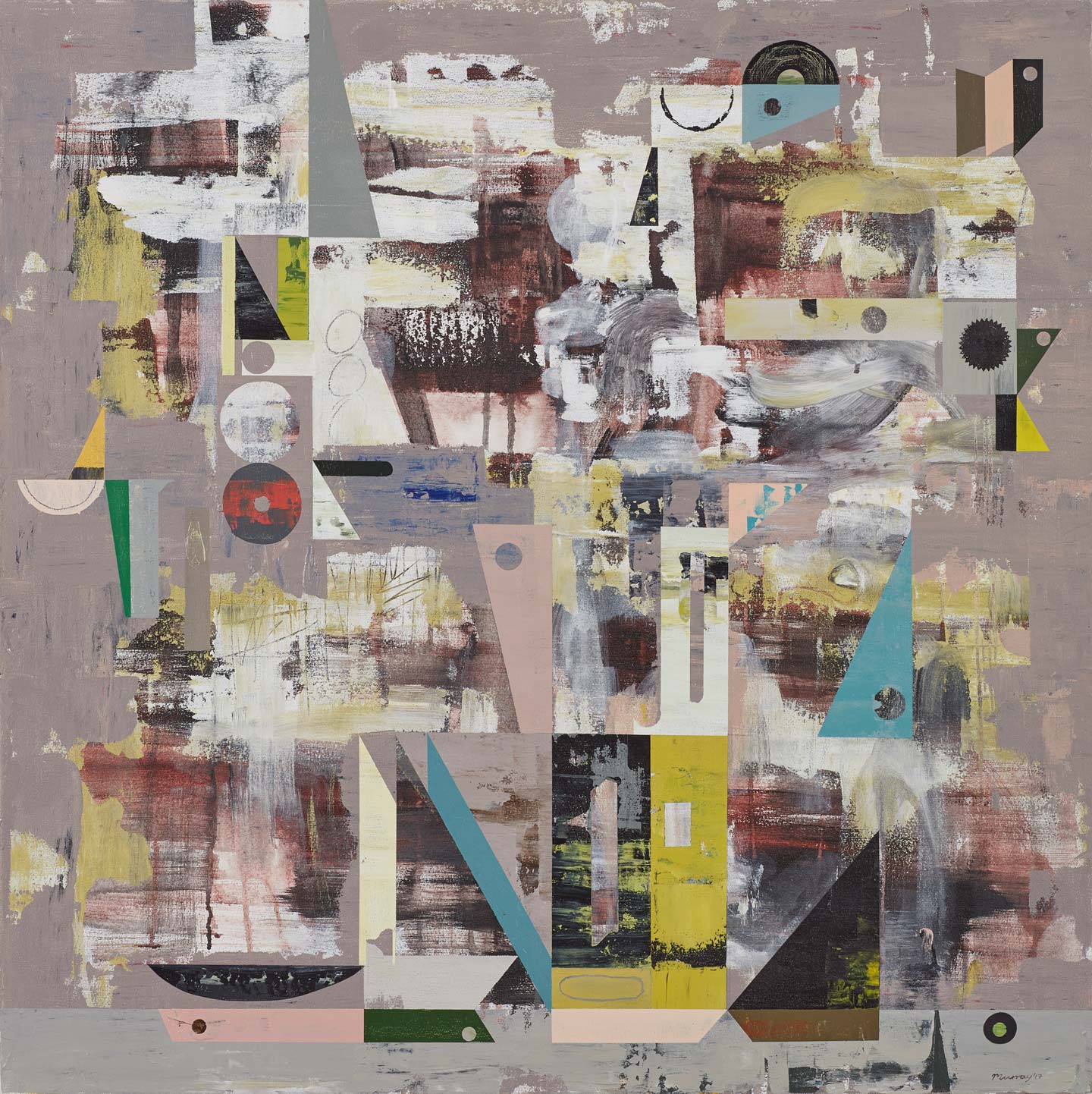 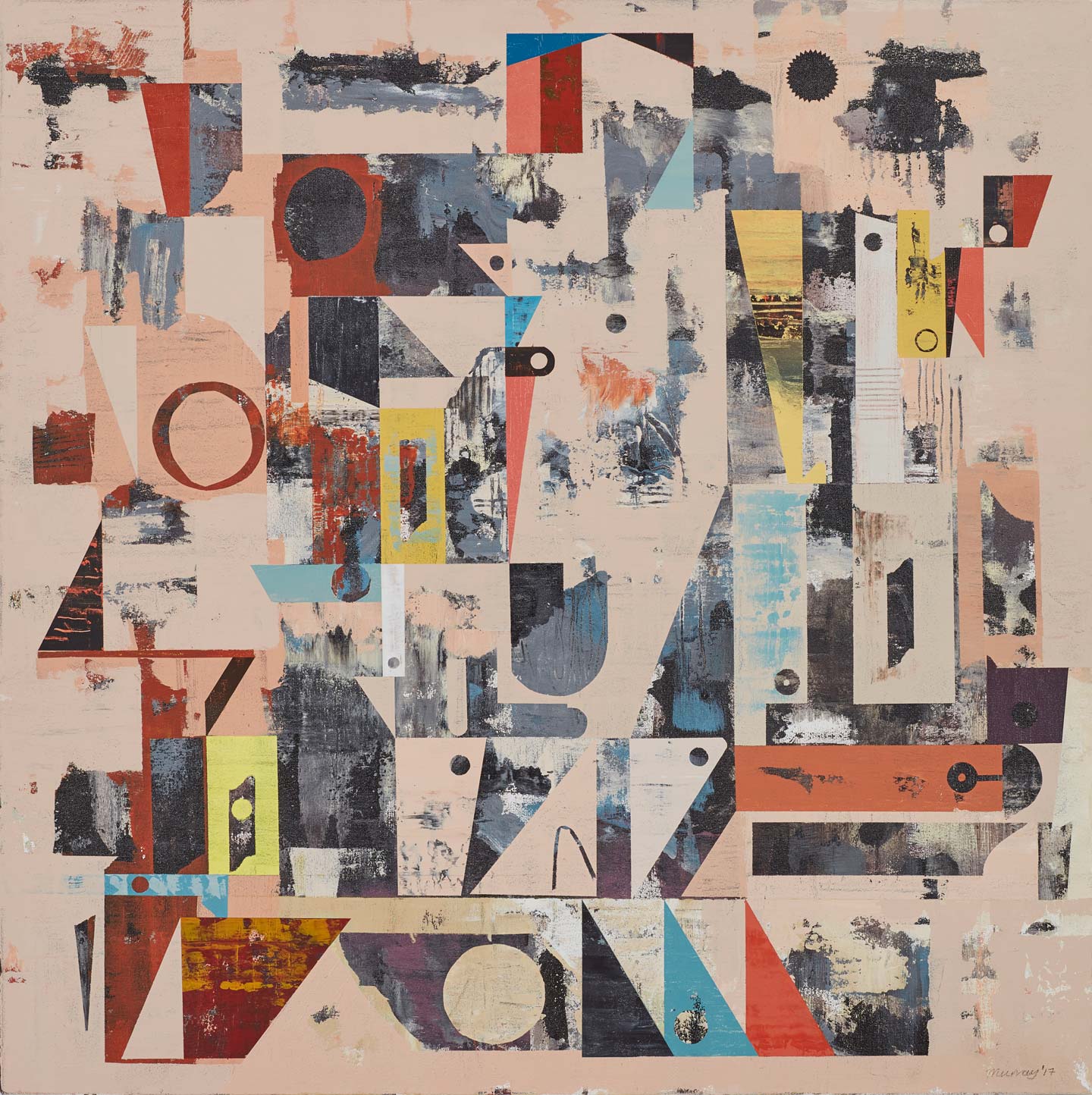 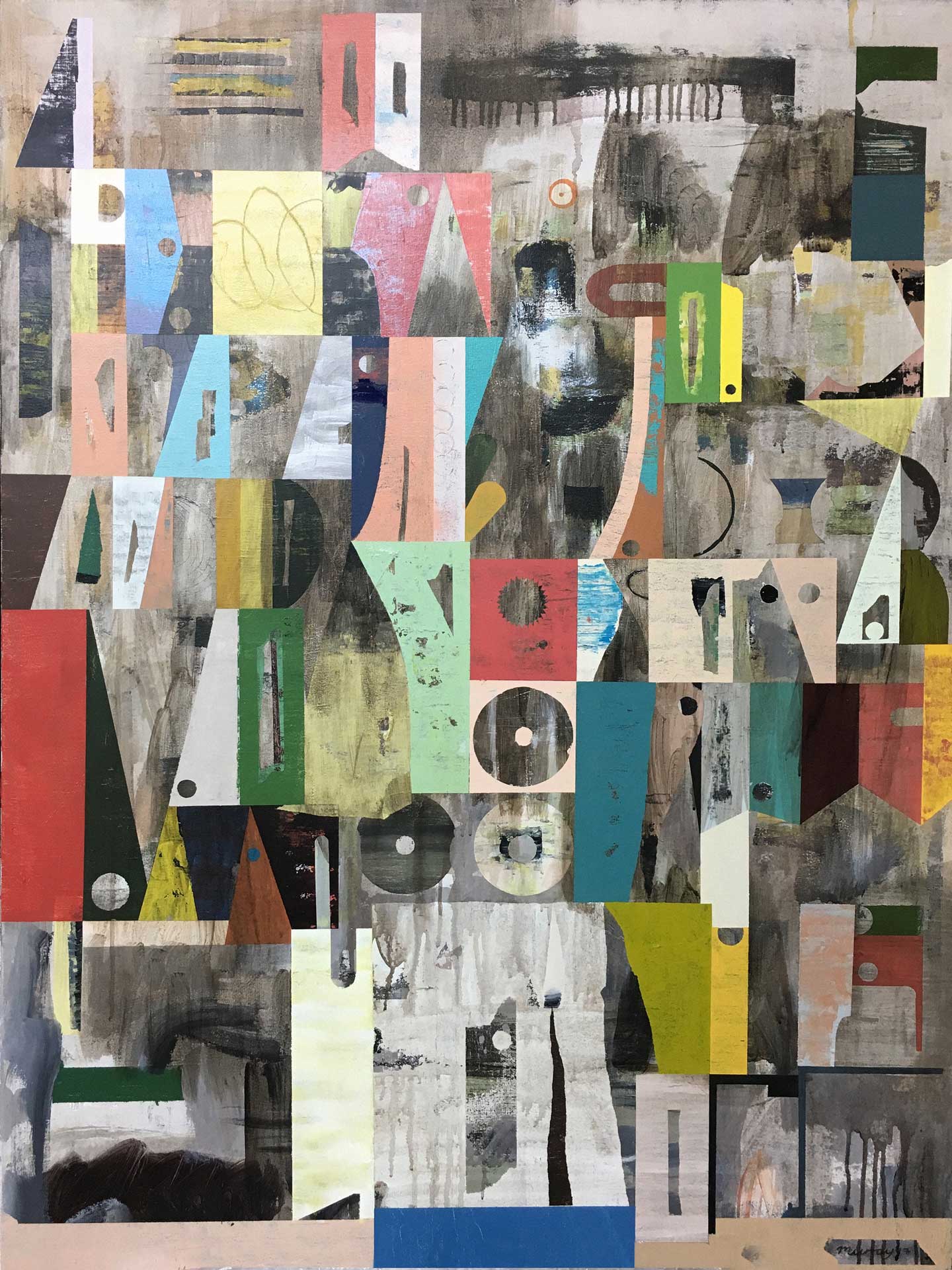 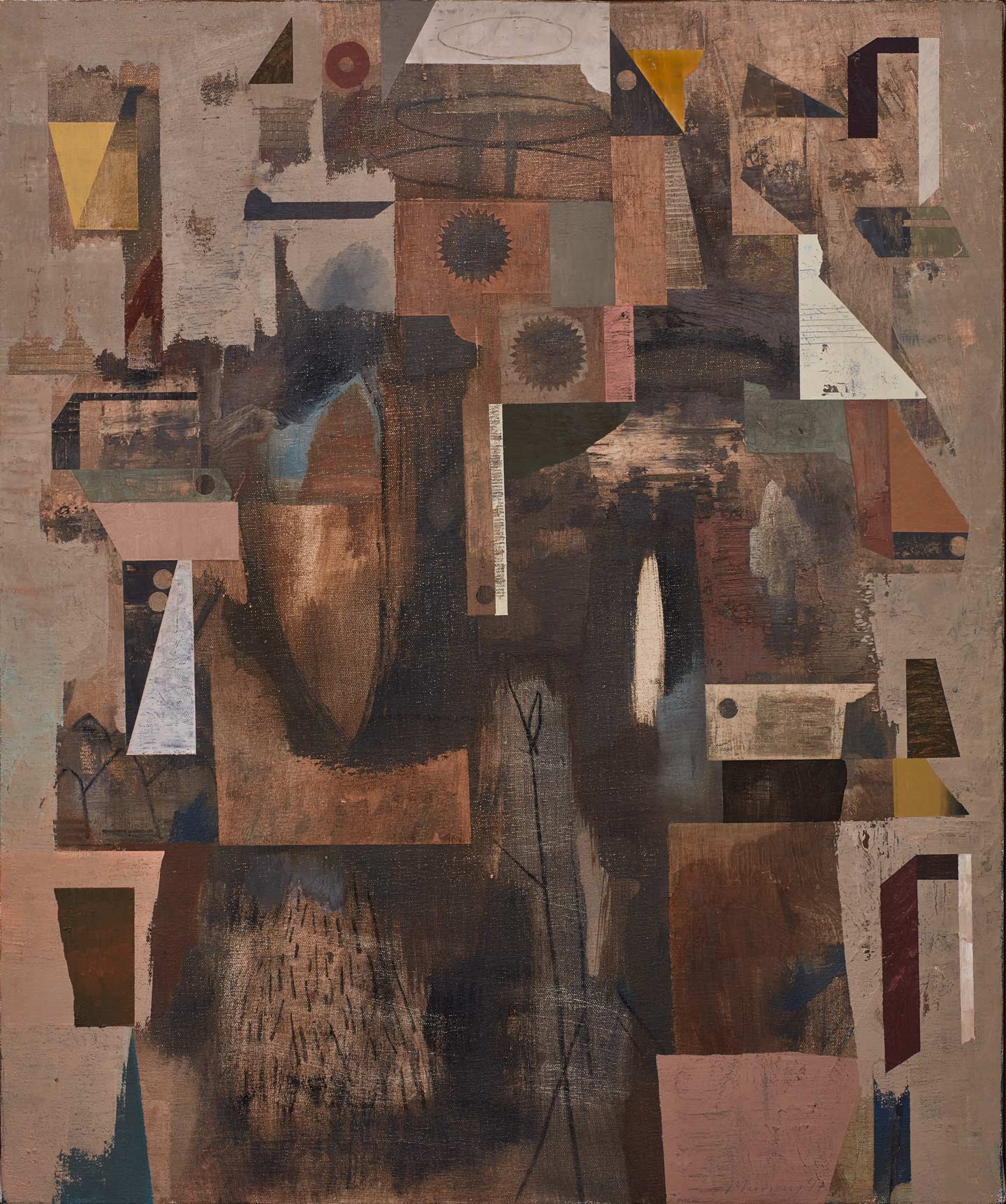 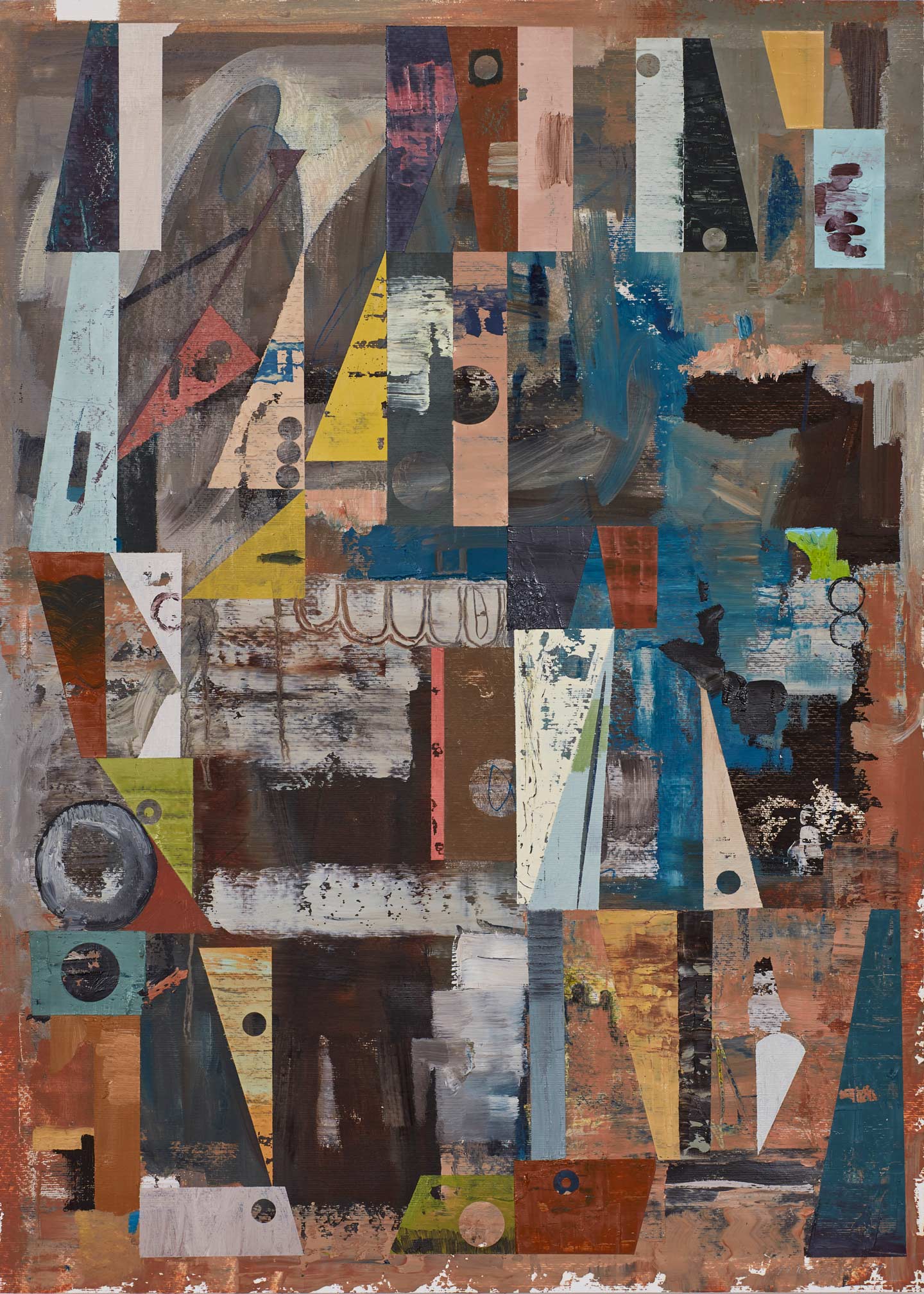 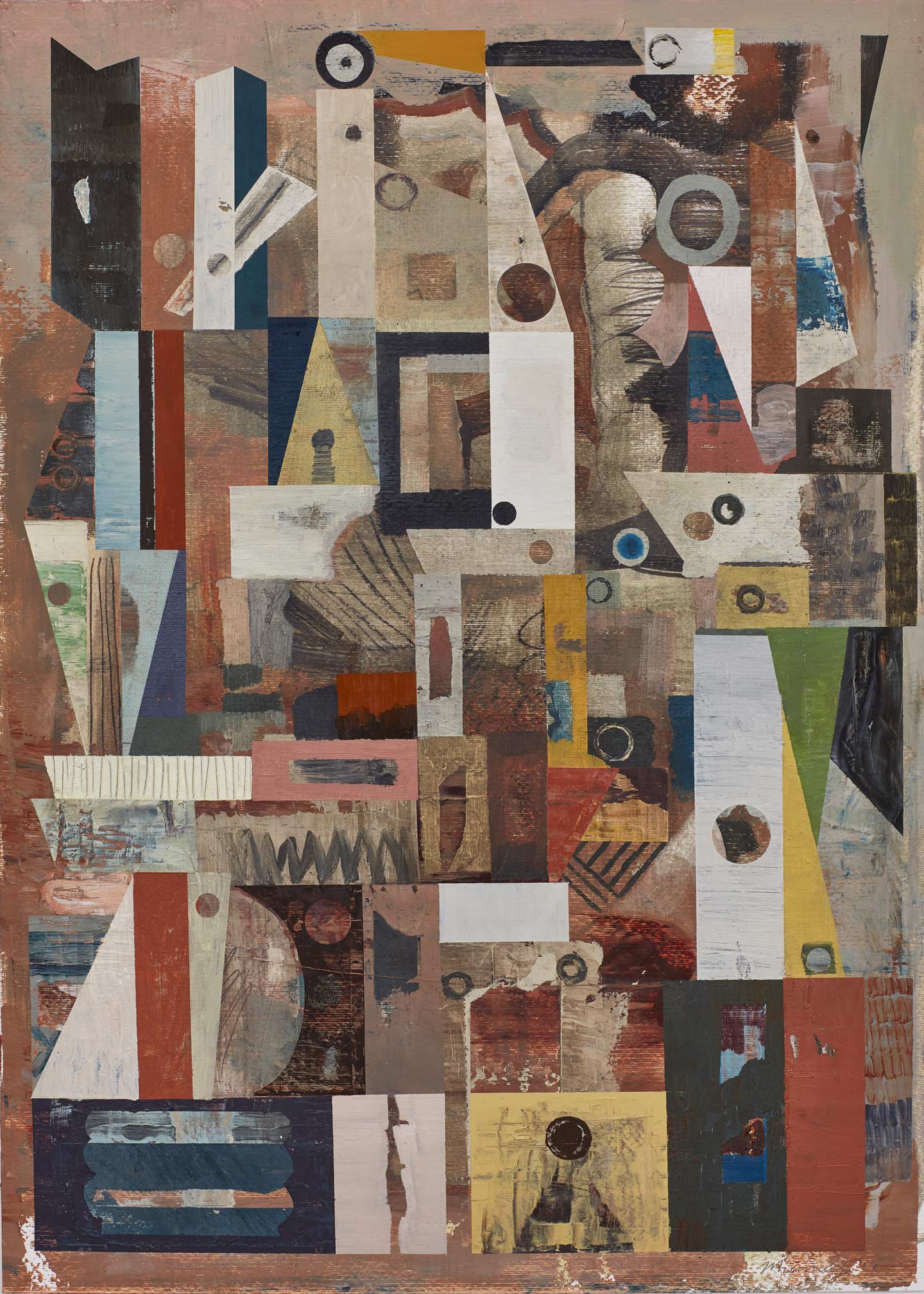 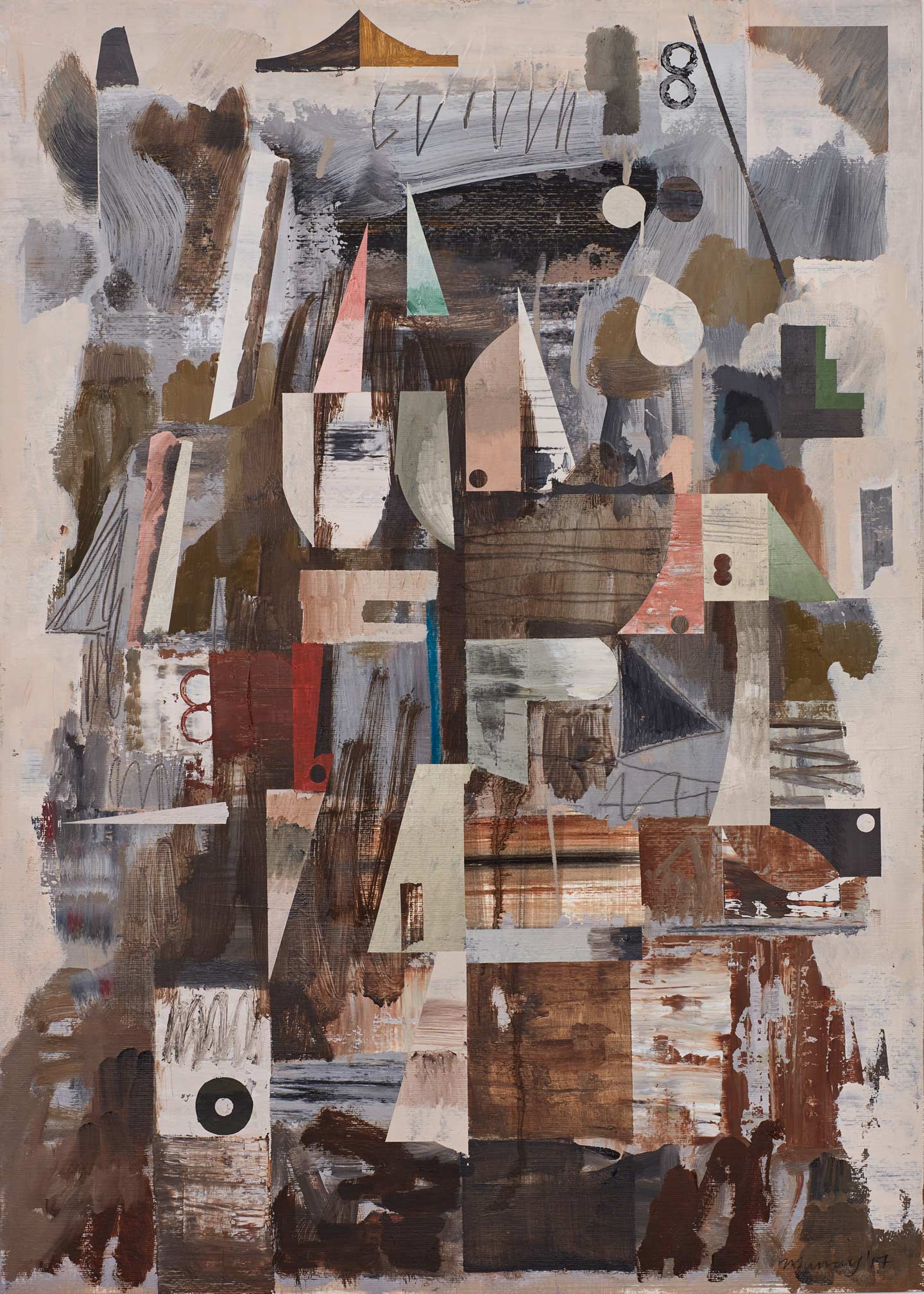 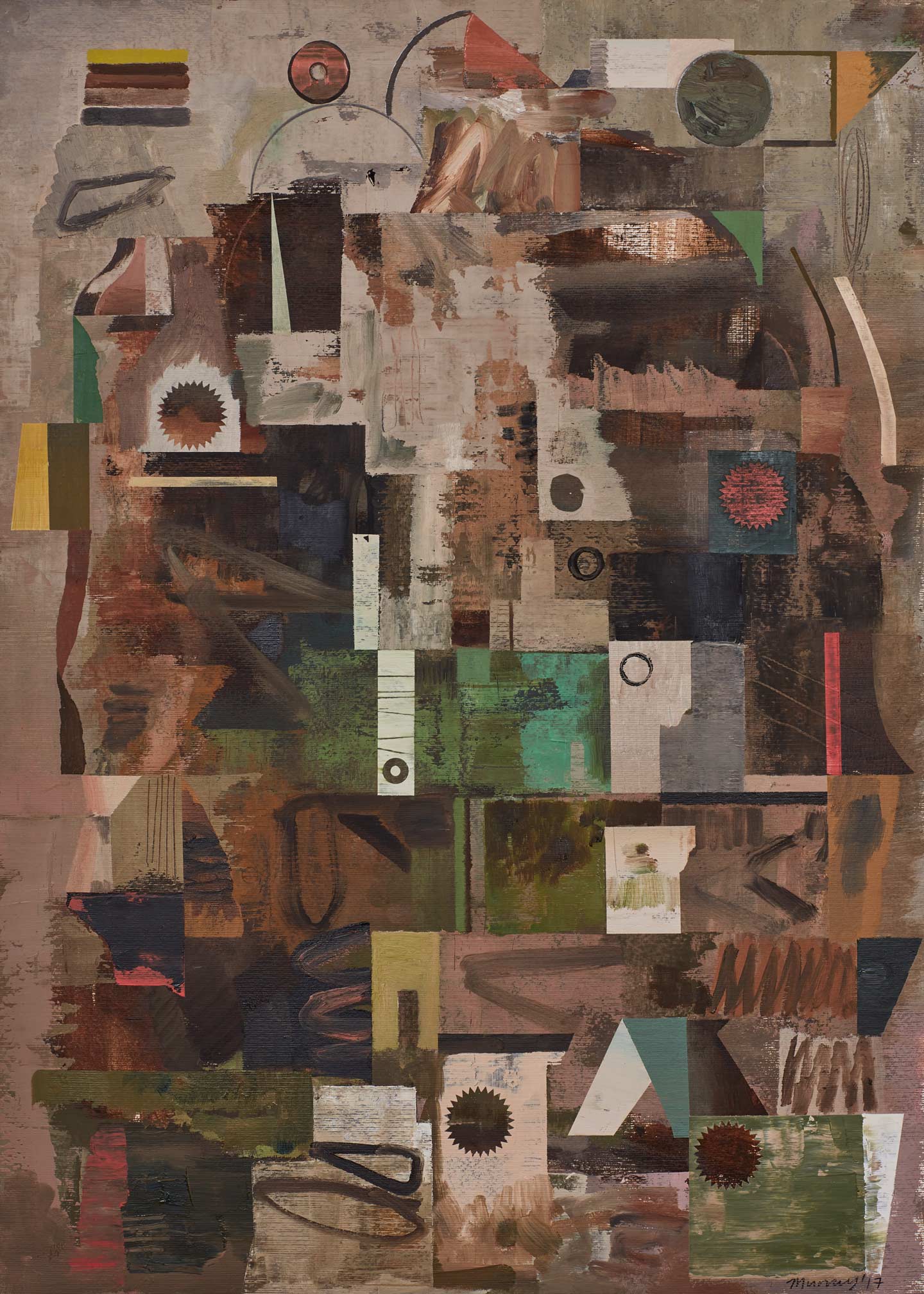 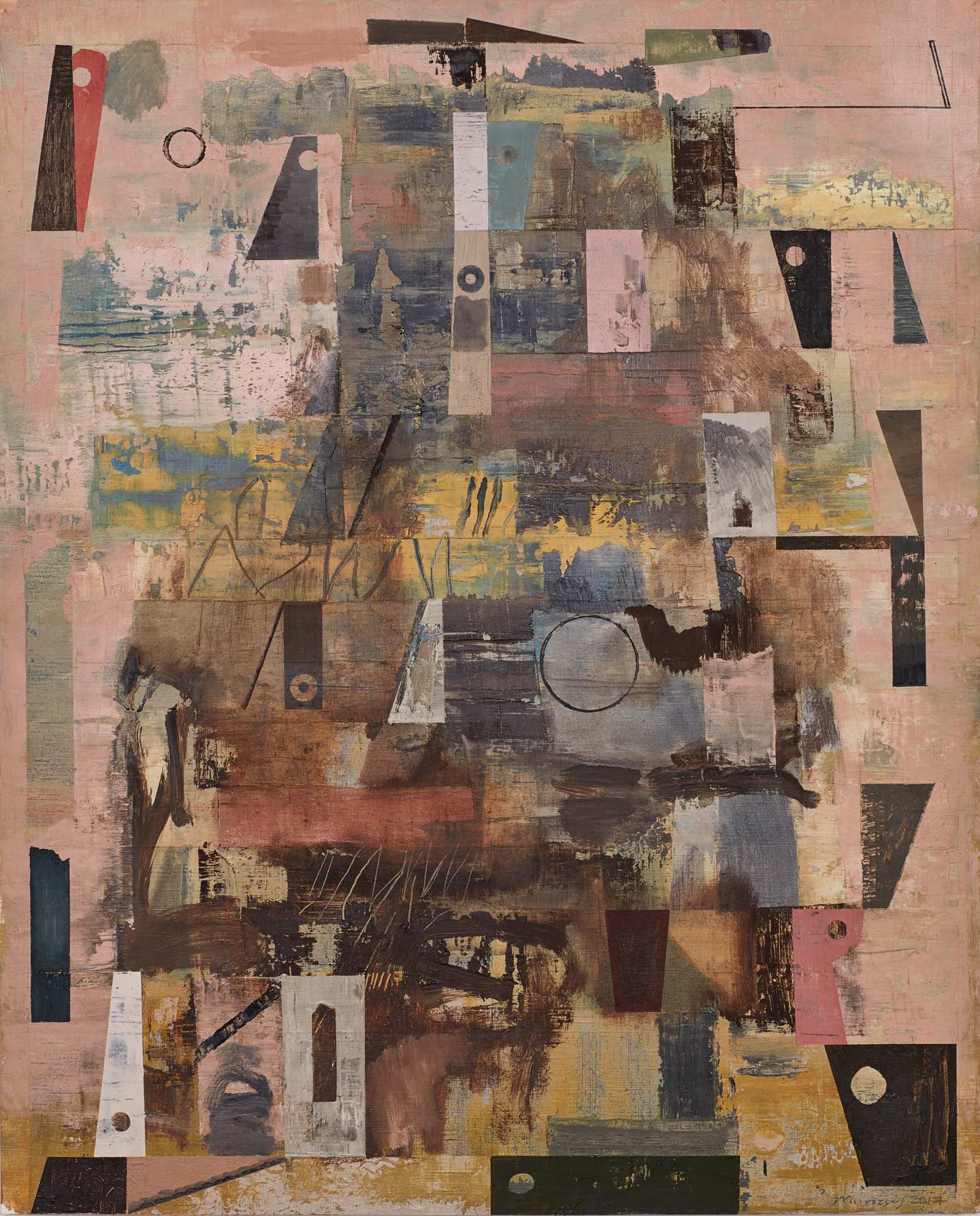 The process of representation throws the artist into the dual delights of (1) succeeding in creating the illusion of form and (2) the material act of making. It is the latter of these two delights that South African painter, John Murray, foregrounds in his latest solo exhibition, Aftermath. The works on show are held in a tension between figuration and abstraction. Forms drawn from the world are fragmented through Murray’s treatment of paint and pictorial space so that the riddle of the work exists somewhere between a pure Modernist formalism and representational landscape. The title, Aftermath, as per it’s dictionary definition, implies that the works are both a second yield as well a post-apocalypic reality of some great disaster.

It is Murray’s laborious layering of paint that reveals the relationship between the catastrophic and the fertile picture plane. A loose, organic groundwork is worked over with the meticulous and tireless diligence of masked painted forms such that each work records a complex palimpsest of the painter’s industry. In their final state the paintings could allude to peeled commercial signage, the rusted machinery of rural labour or a satellite view of human settlements. The fragments of form that Murray provides engages a game of imaginative reconnection with the objects and surfaces of one’s surroundings.

The deconstructivist influences of Murray’s formative years as a design and fine art student in the 90s, and subsequent frustration with formal representation has led him to a more subconscious engagement with the painted surface. The tireless actions and reactions imbedded in each painting mark the works as complex signifiers of a unique Formalism based on a South African experience, reflecting a society in the constant state of revolution or reform. The juxtaposition of forms and surfaces, while accumulative, simulaneously speak to the breaking down of a comfortable way to look at or ‘see’ the works.

Aftermath brings the conceptual thoughts about Murray’s surfaces into the immediate present. As an artist living and working in a post-apartheid society that has been both dismantling the Apartheid system whilst developing a new social model, Aftermath is also a processional engagement with systemic deterioration and renewal through the sheer hard work of painting itself. As viewers we are left to contemplate the losses and gains of a practice of image-making guided by intuition, aiming for a place of stillness that never seems to come.