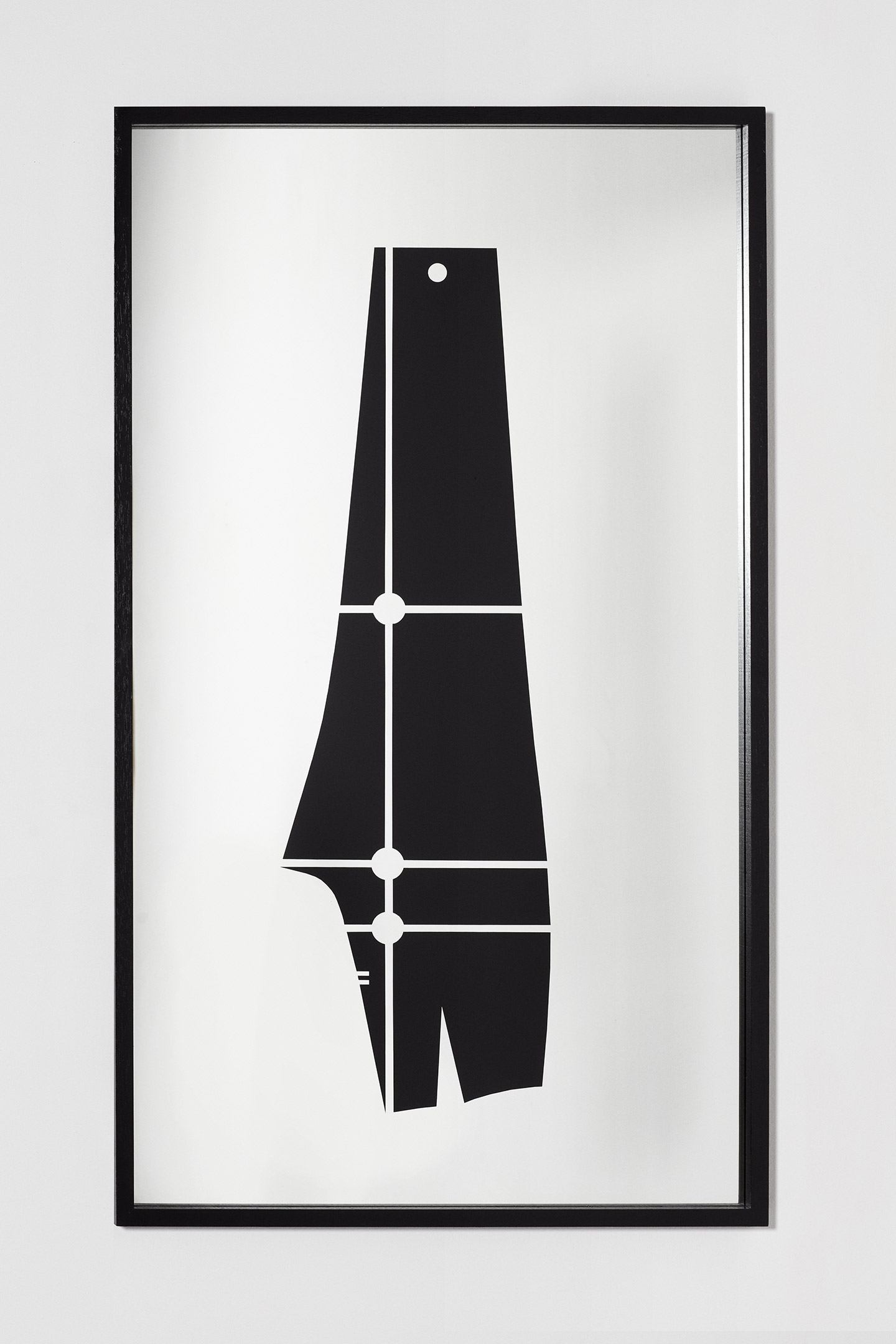 My Animosity (Side View) WHATIFTHEWORLD is pleased to present a selection of works by Tangeni Kambudu.

At first glance, Tangeni Kambudu may appear to work predominantly with glass. This, however, would be the same as saying a painter’s medium is essentially canvas. With his process of etching, drawing, taping and scraping, and his materials – copper, zinc, and chemical lifts – Kambudu is closer to being a printmaker. The biggest distinction, and most important, is light.

In Kambudu’s work, glass exists as a vehicle for light, with the artist deciding where it goes. Light passes through clear glass, but a flat mirror will bounce it back in the same direction it comes from, giving a ‘true’ reflection. Black, contrastingly, absorbs. Looking through, back, and at. Kambudu is interested in these counterpoints of opacity and transparency, the external world and the profound interiority of the soul; and what happens when the veil between them gets pushed around. Looking, inevitably, conjures questions around the gaze, self-identity and representation – this interactive dialogue that occurs between the viewer and the surface of Kambudu’s work holds meaning to him in communicating a search for identity.

In Enigma I and II (2022), the process starts with an existing household mirror, and working backwards through the layers of protective and reflective films, the artist meticulously cleans away the negative spaces until the image – usually, a single sheet of a garment pattern – remains. The black background, added last, represents an unknown but imaginative space. The surviving fragmented reflection of the viewer shifts with the subject, flitting between portrait and pattern.

Repeated in My Animosity (2022), the sewing pattern hangs in silhouetted glass panels, vitreous and brittle, from hooks on a clothing rail. The choice of this symbol stems from a childhood dream to be a fashion designer, frustrated by the failures of institutions and financial bias – an unfortunately familiar story of the uneven opportunities in post-democratic South Africa. Happily, it is also a generative one of reimagination. Visually and figuratively map-like, the pattern becomes a kind of language, its universal use of grain lines and match points a way by which to make sense of the world.