Sum of its Parts 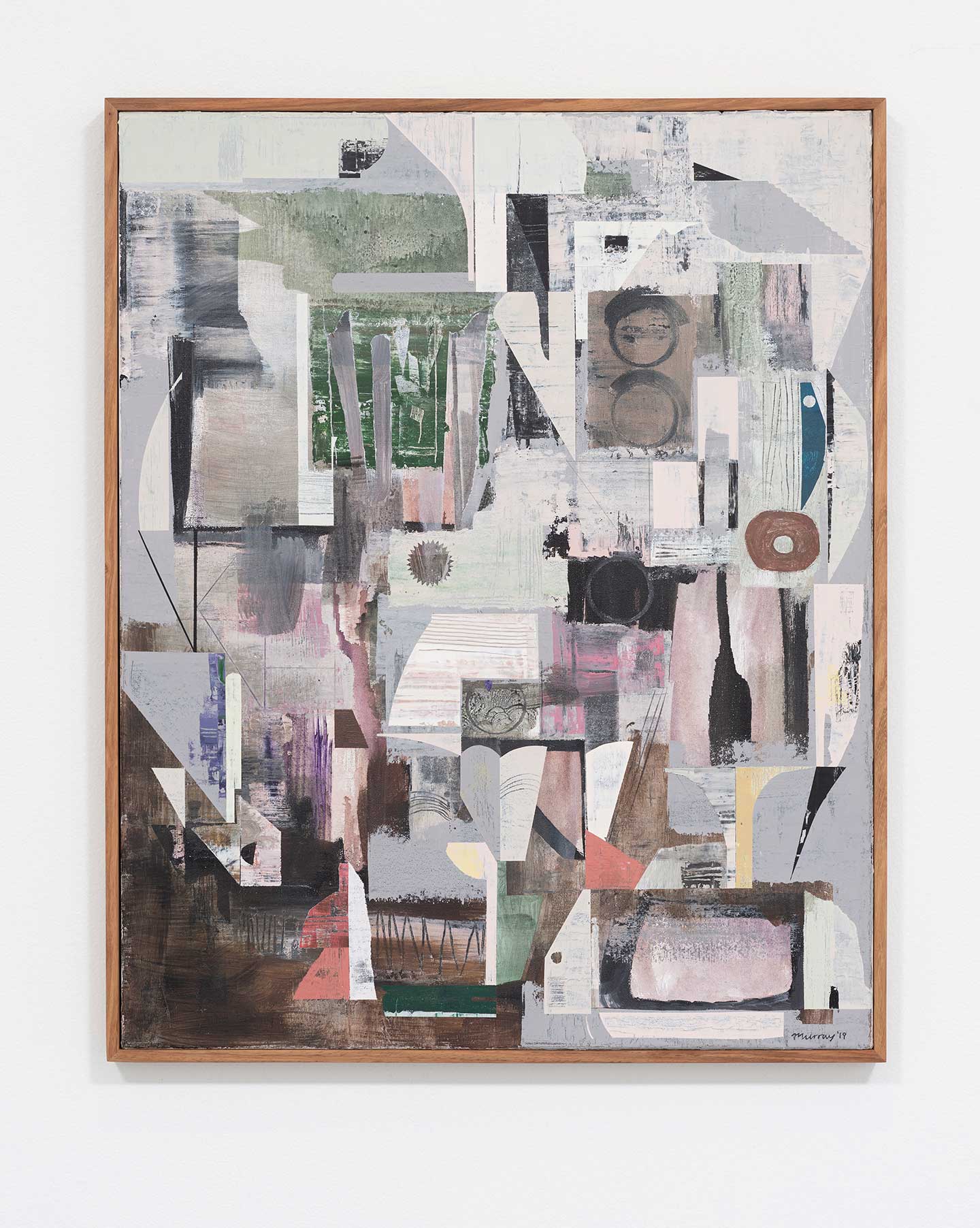 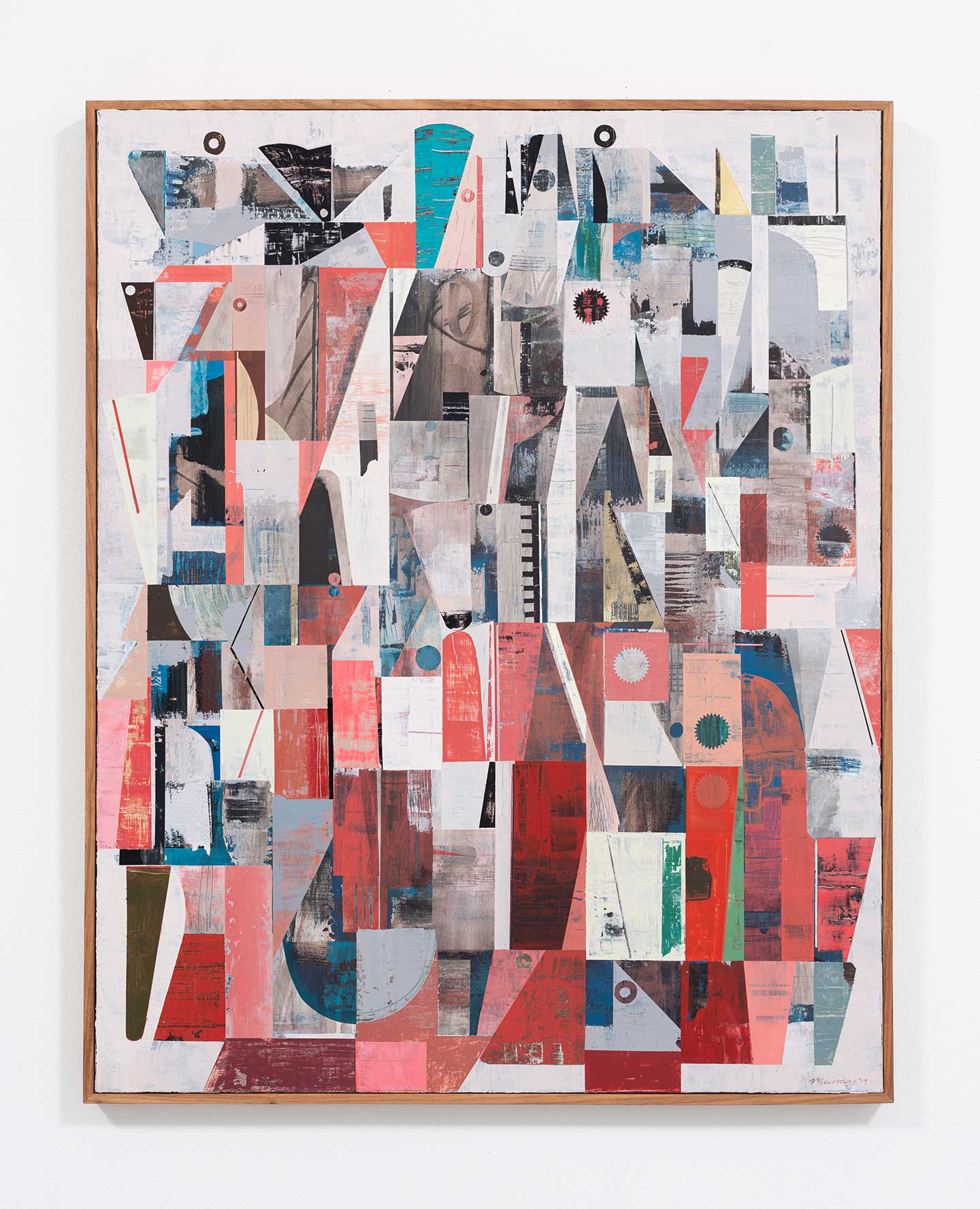 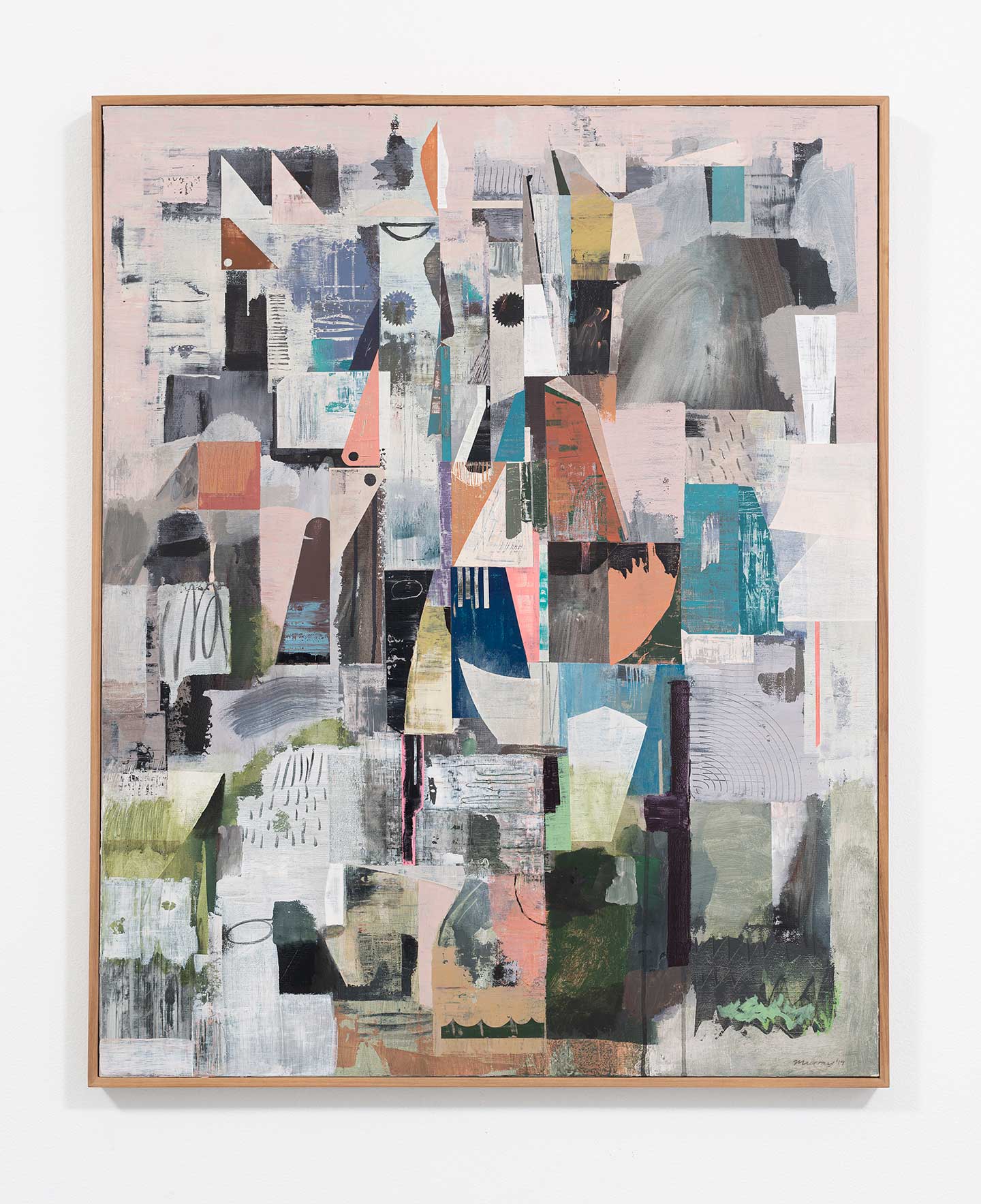 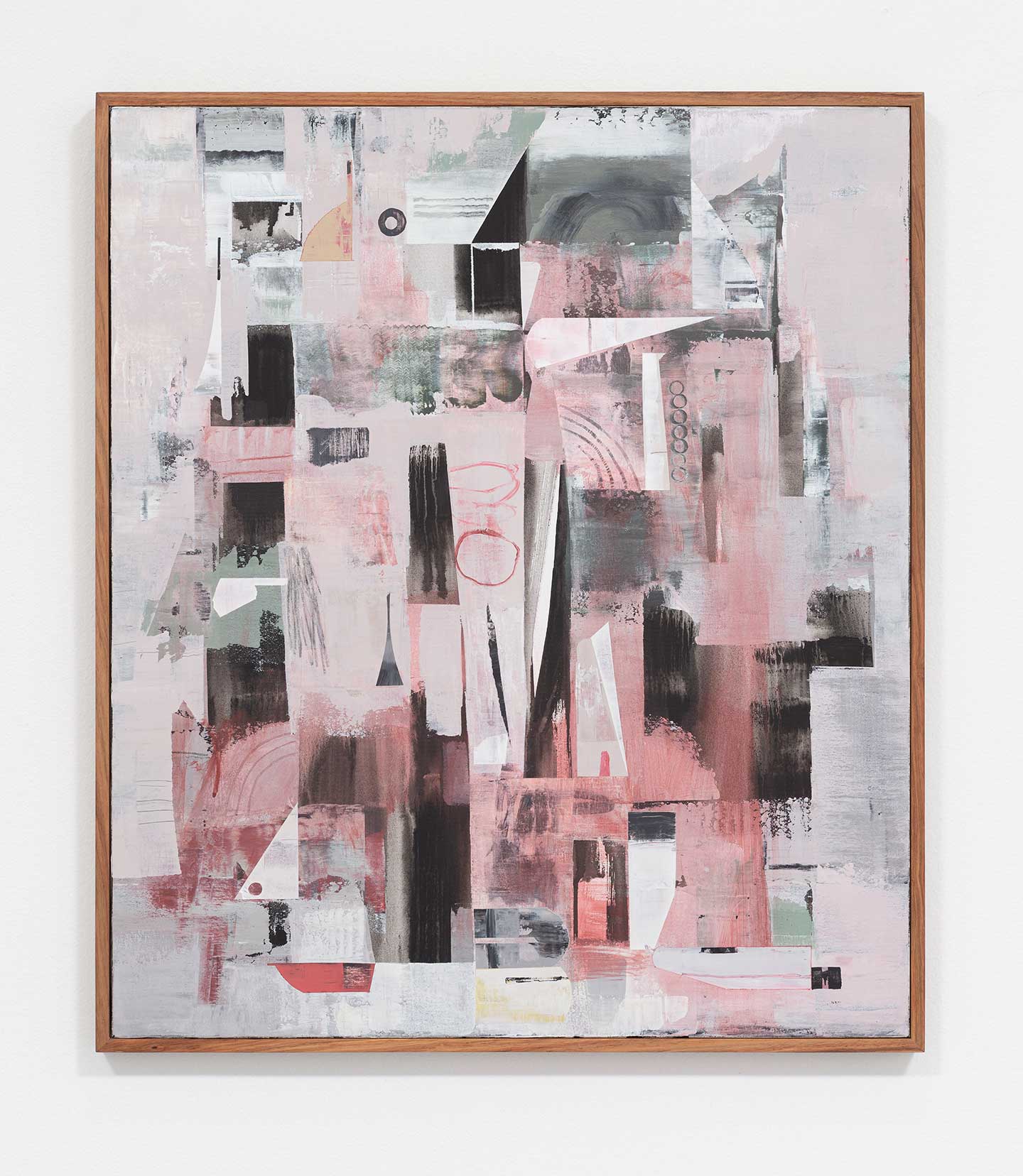 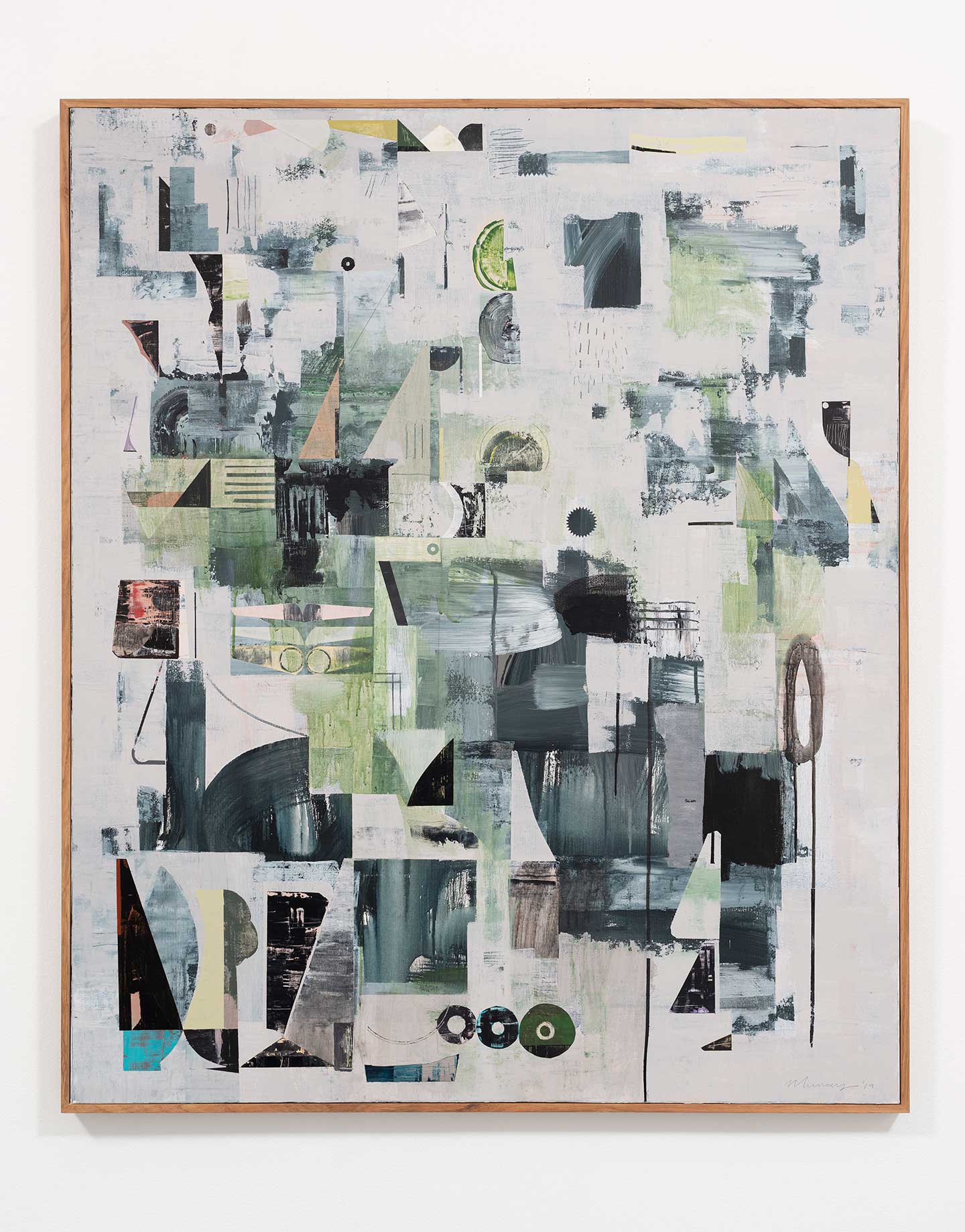 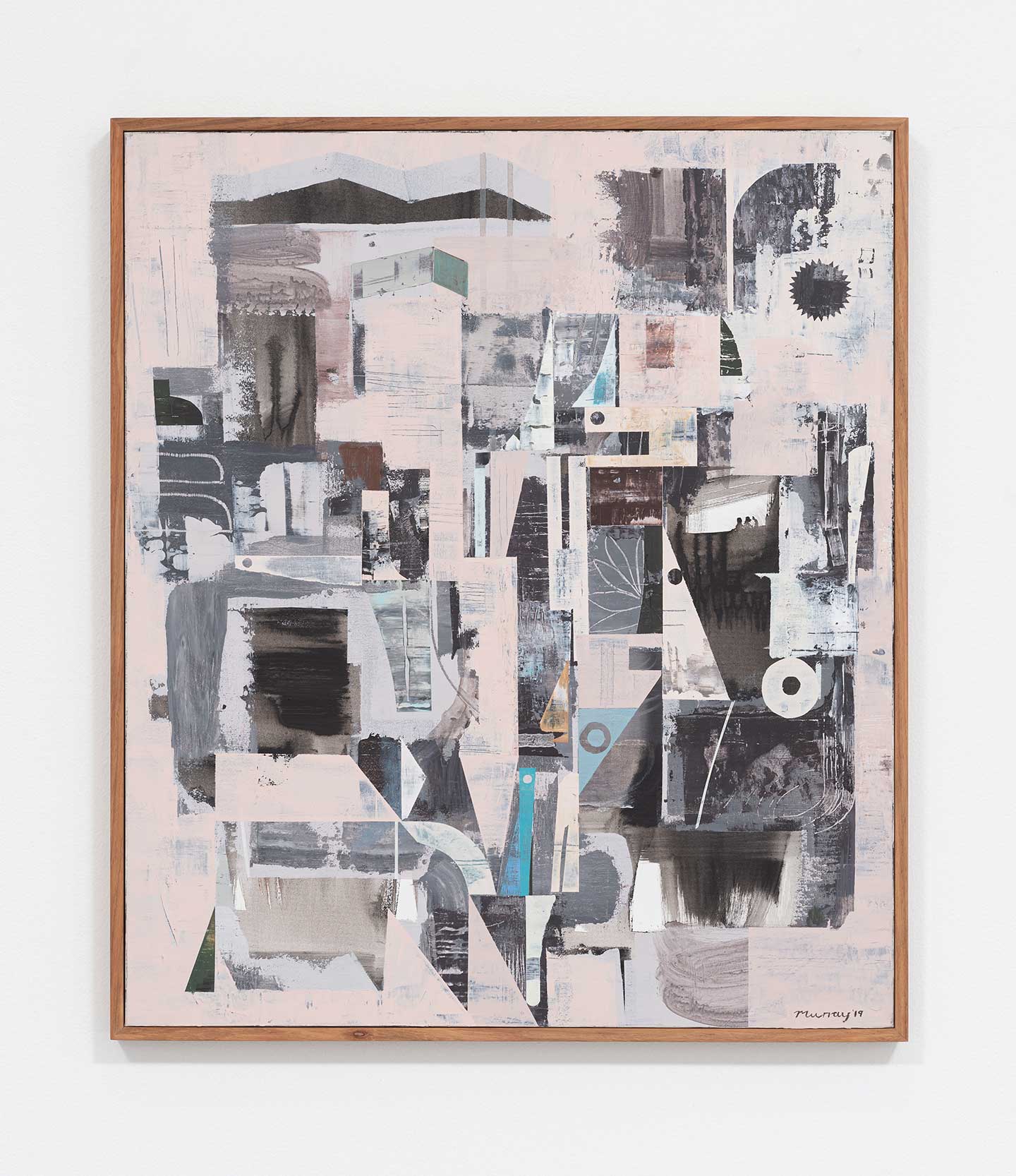 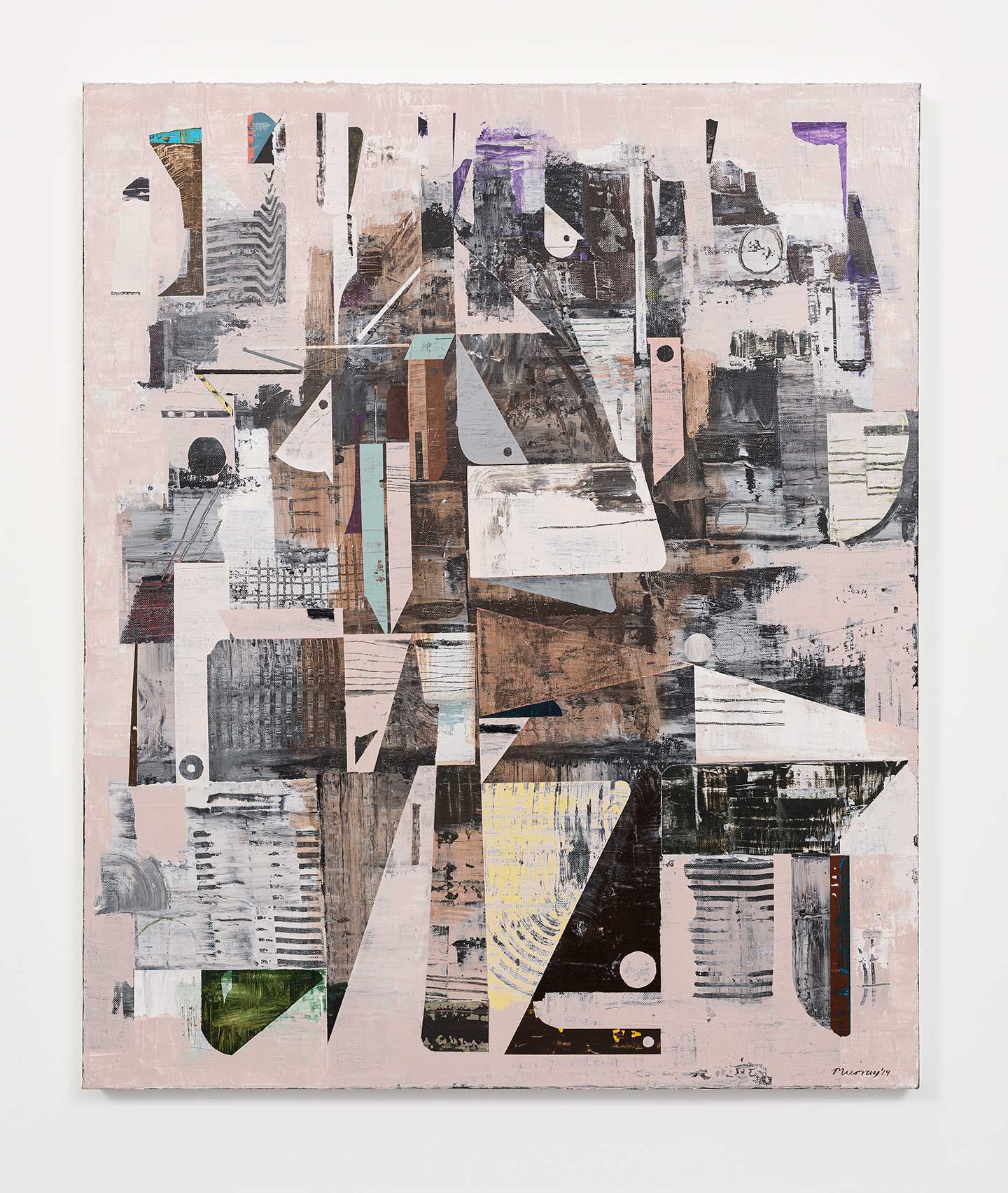 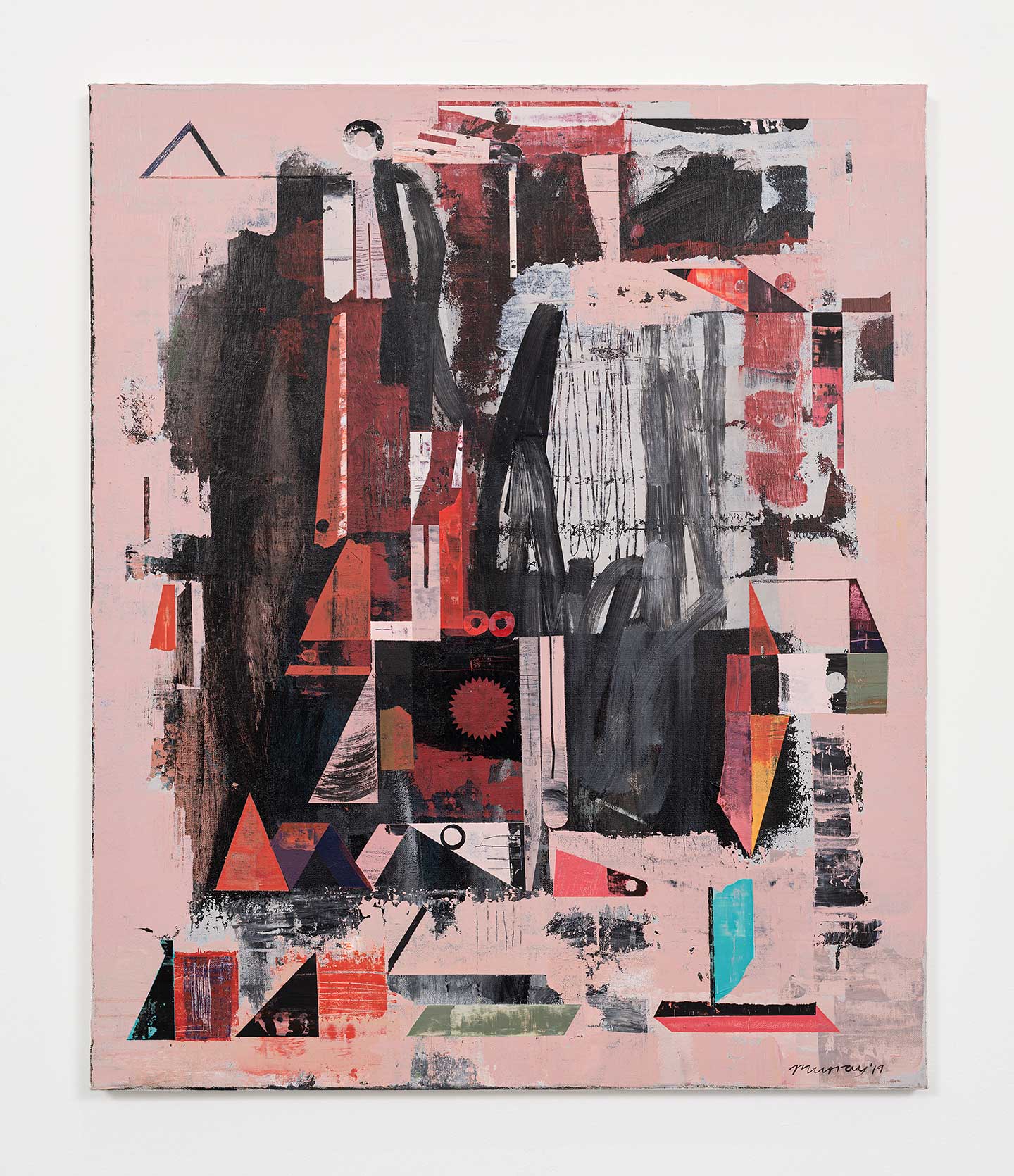 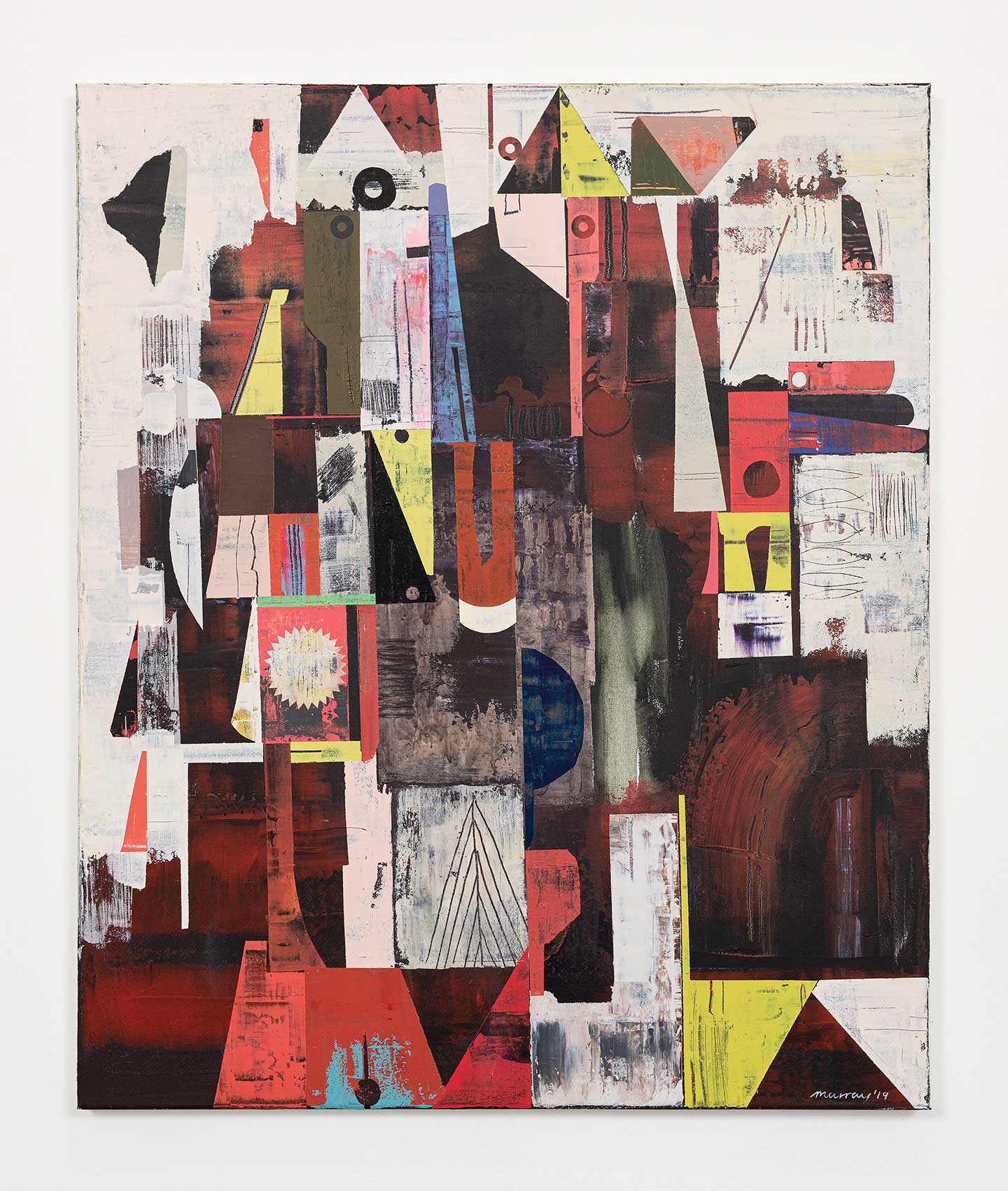 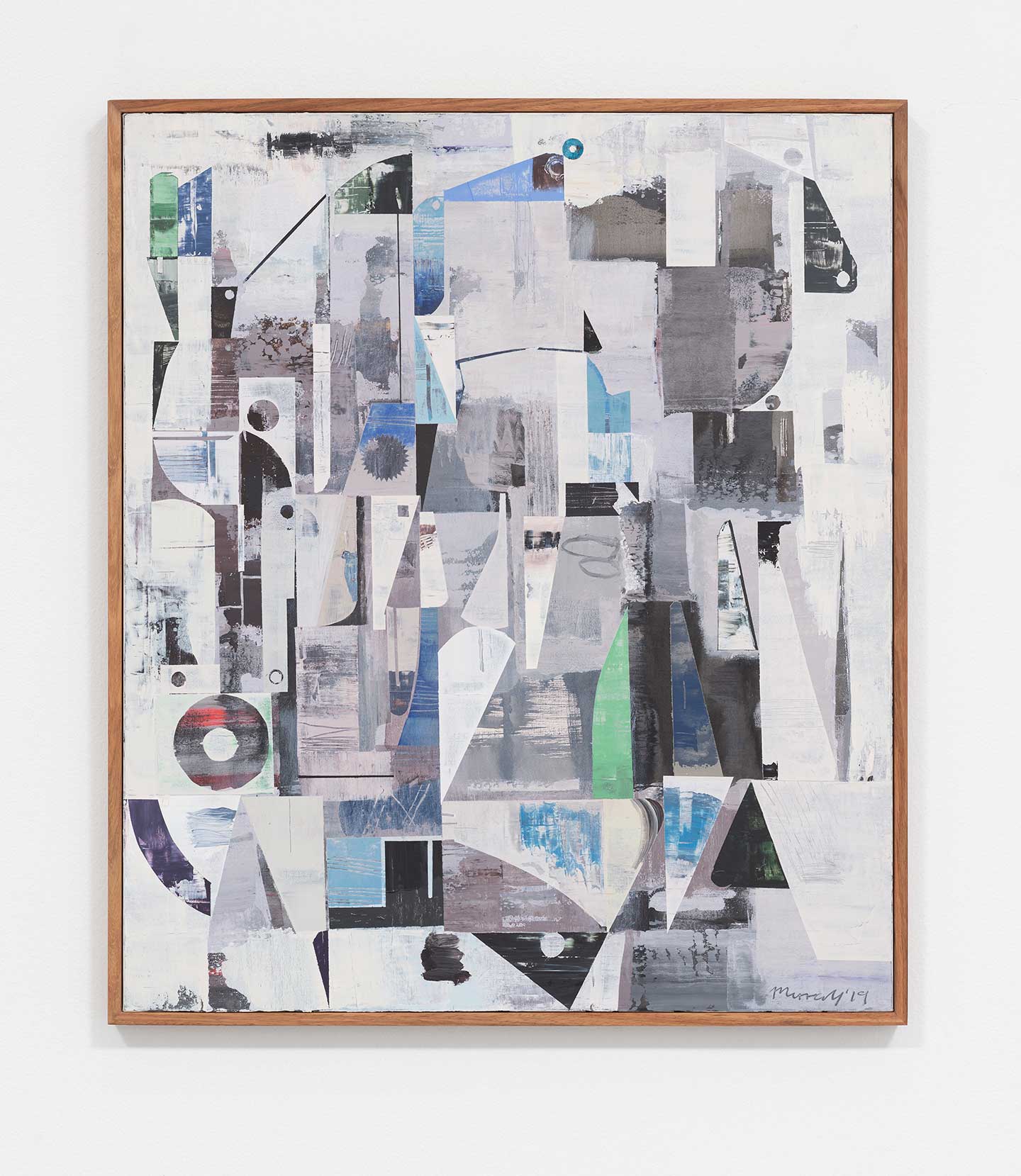 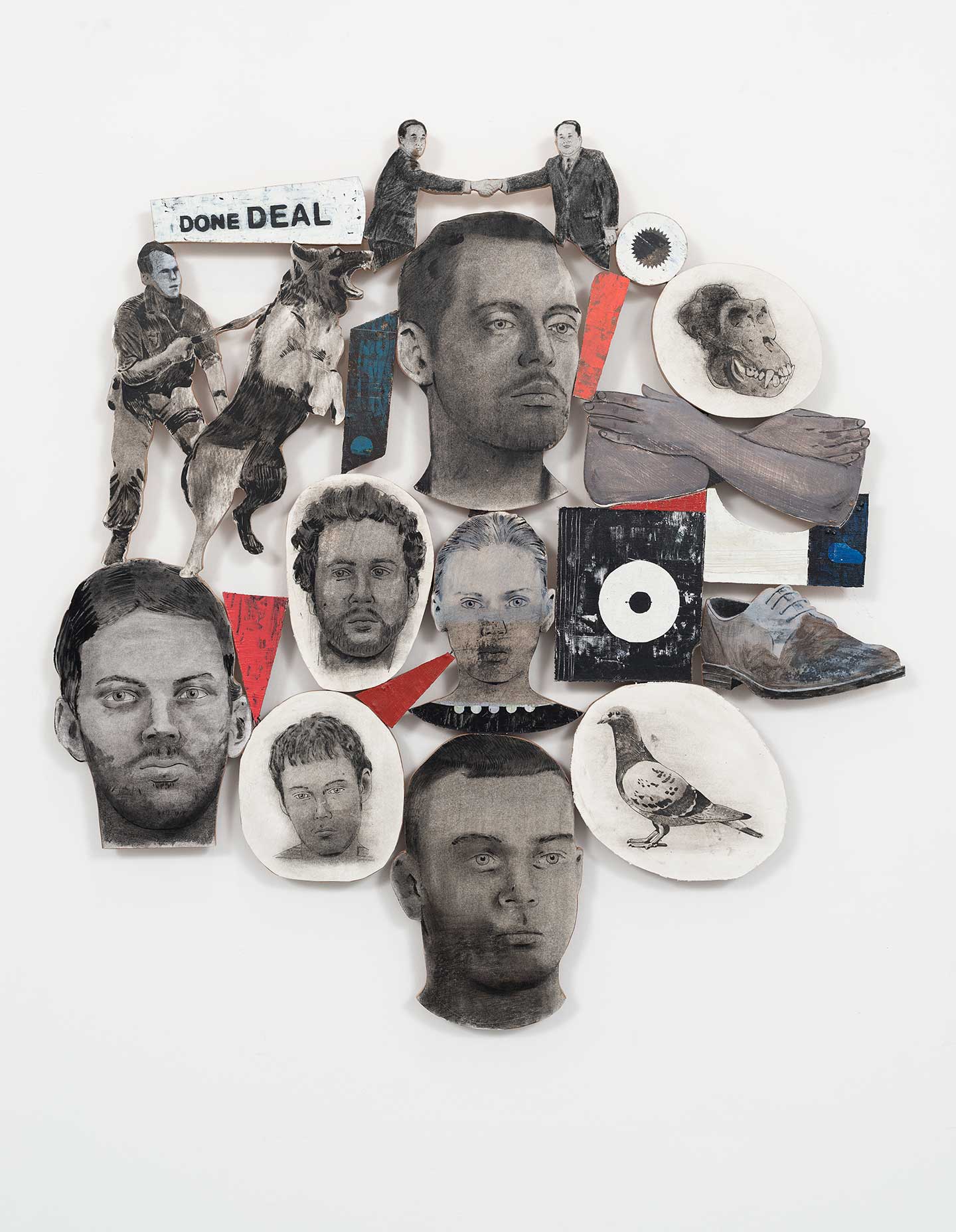 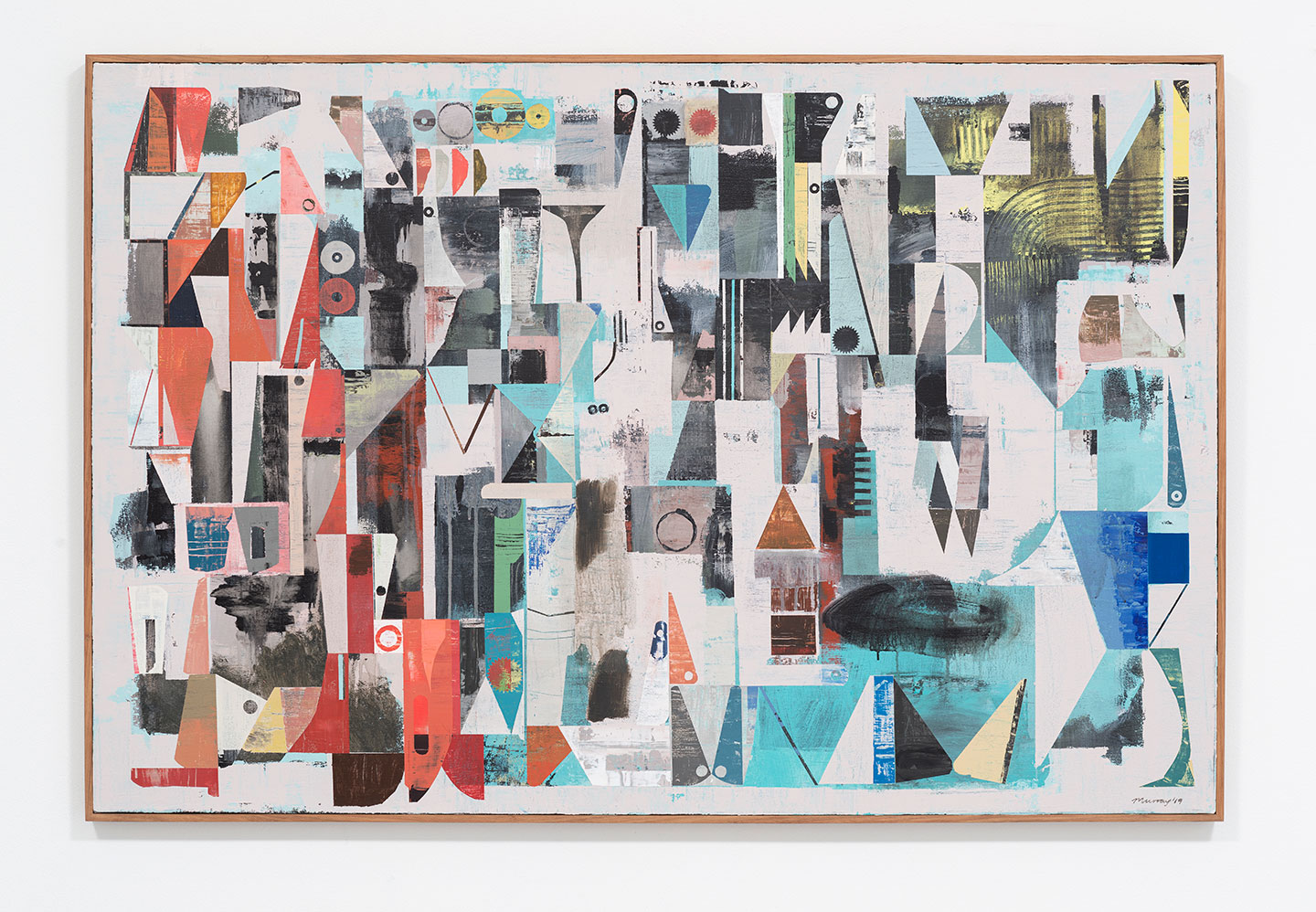 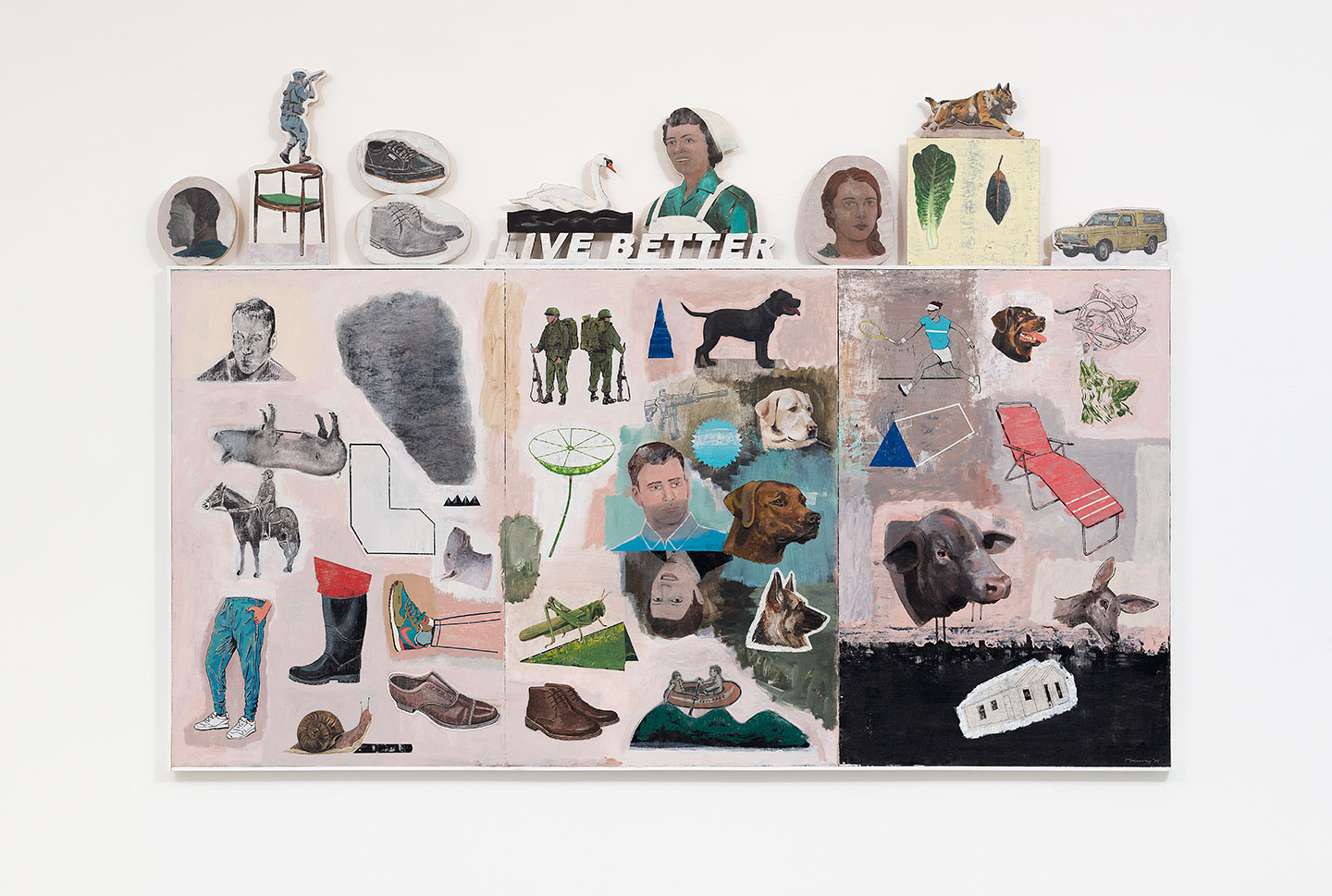 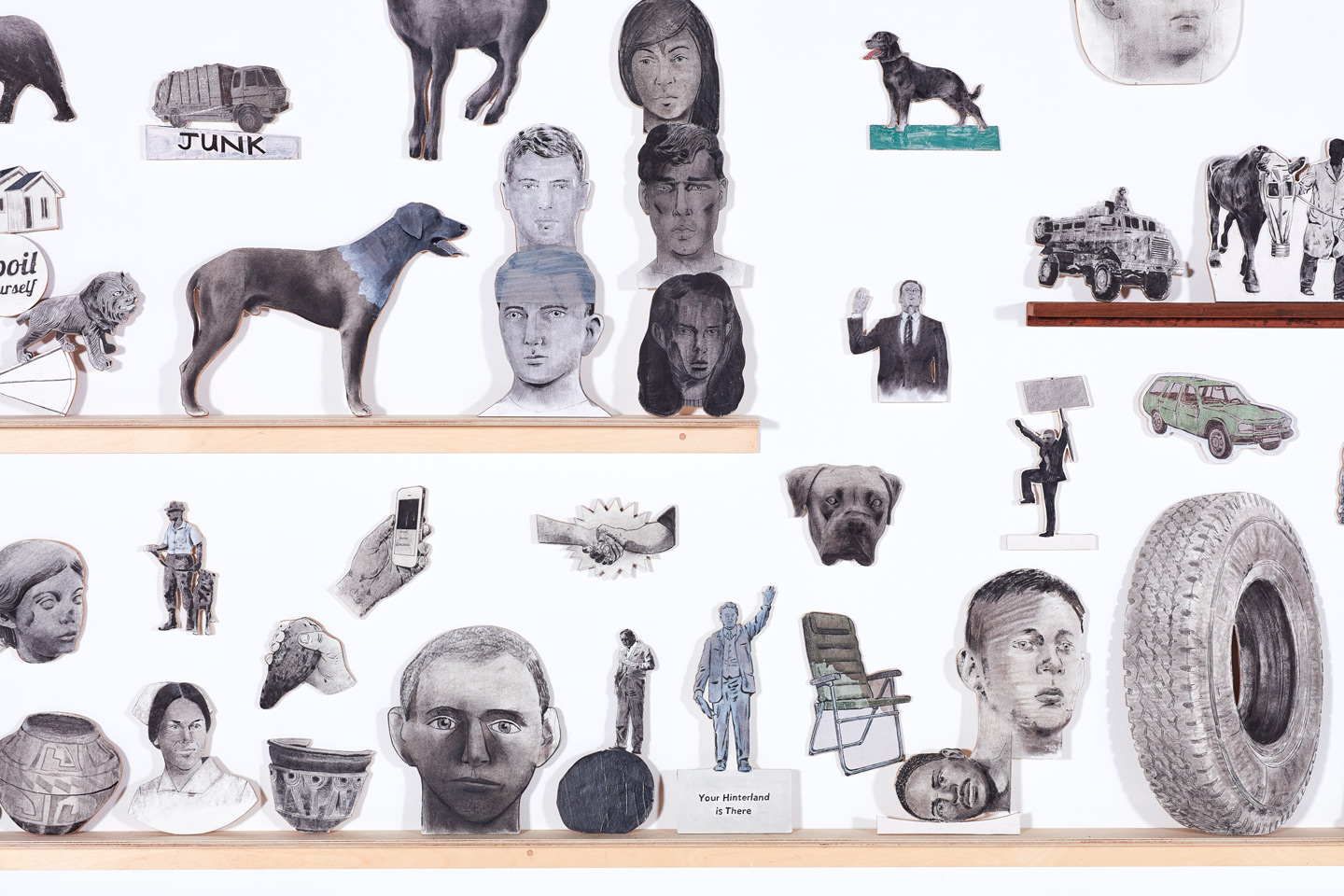 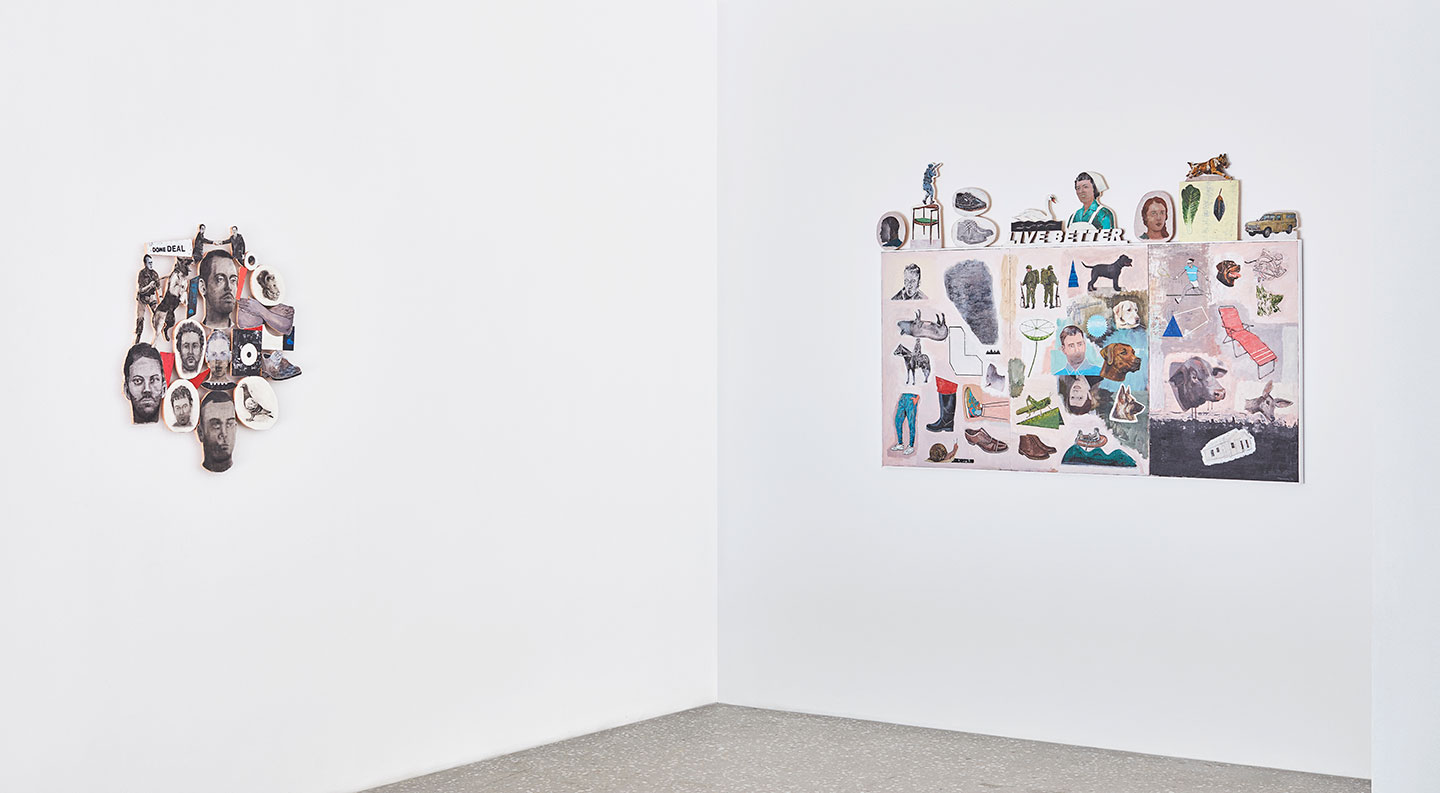 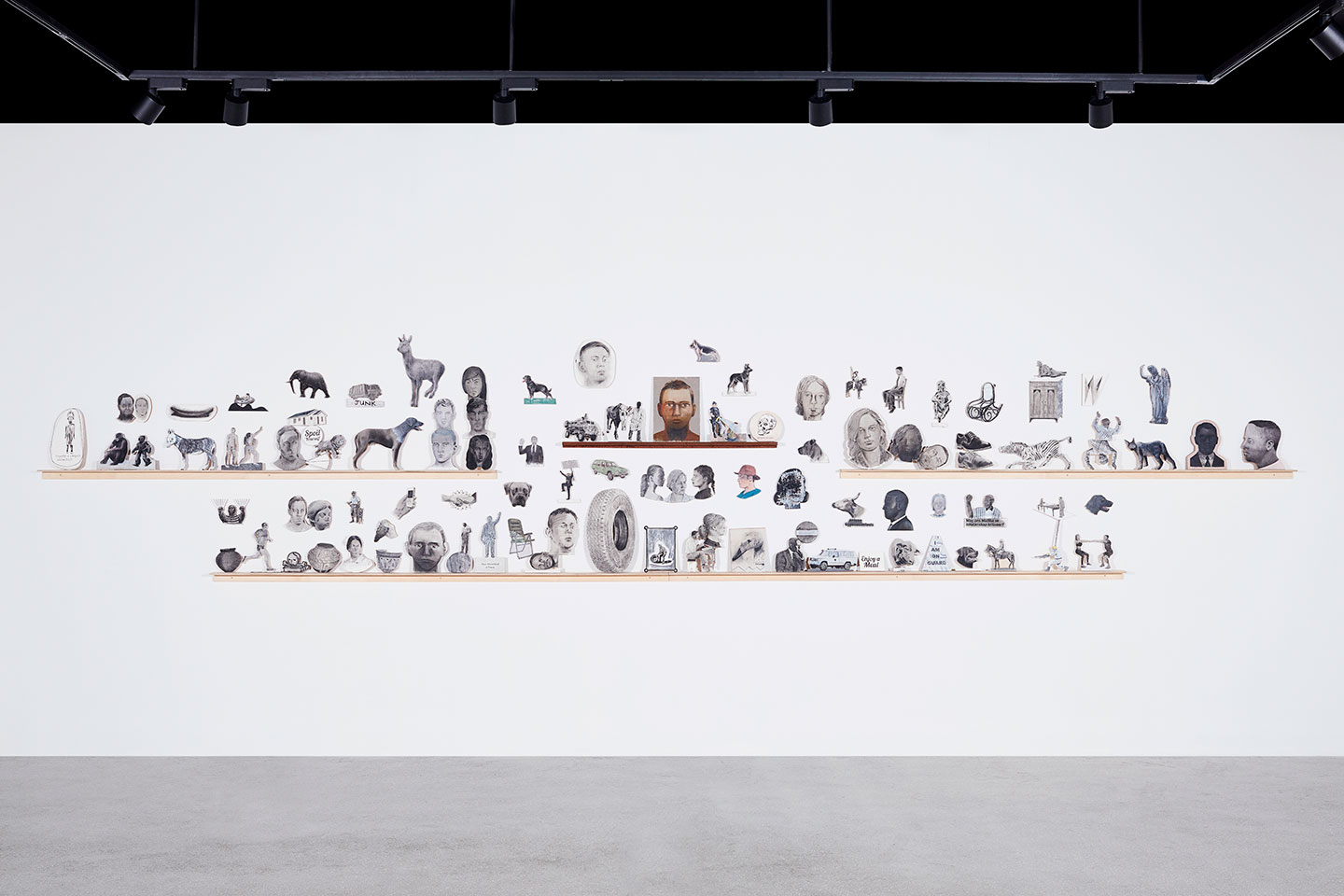 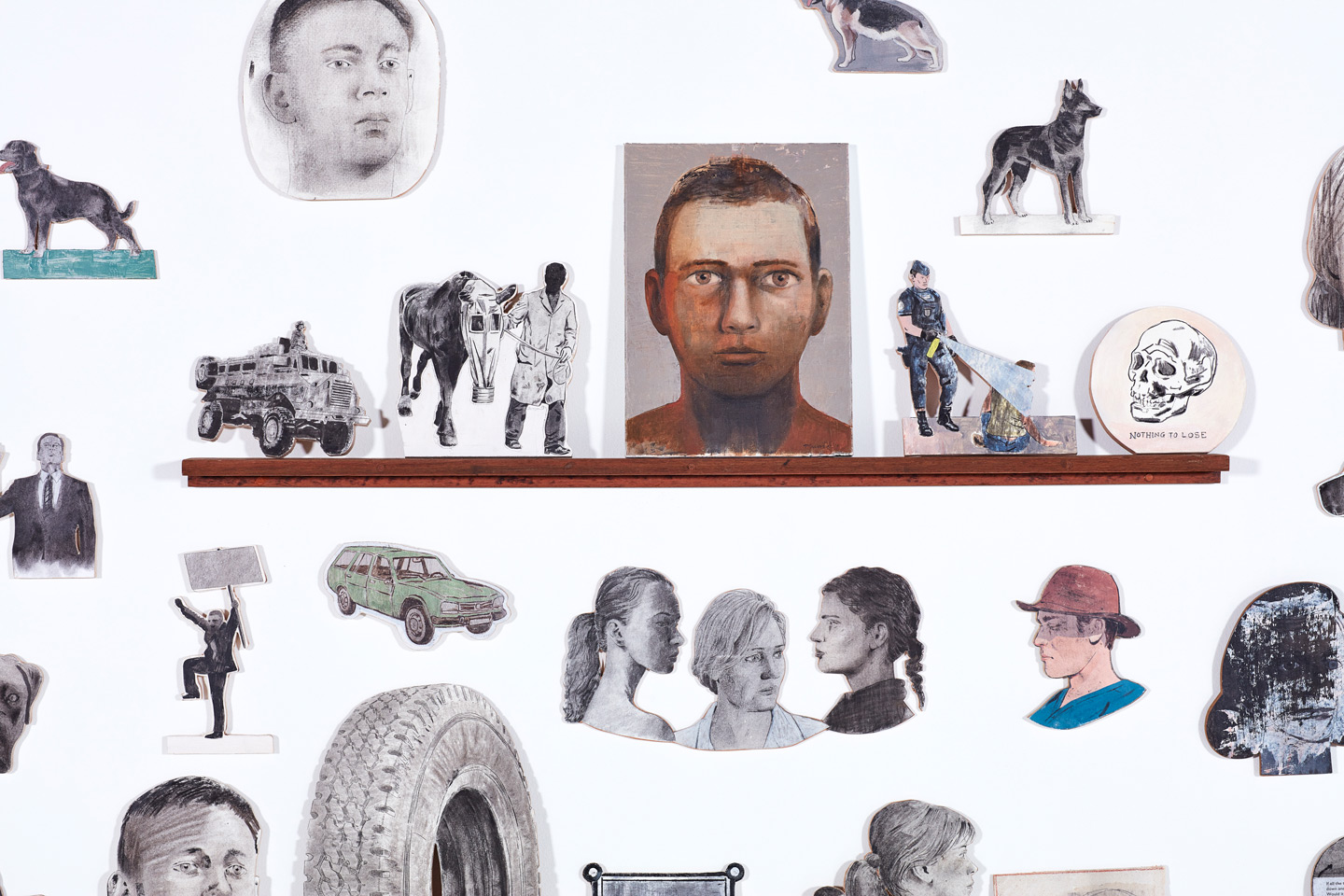 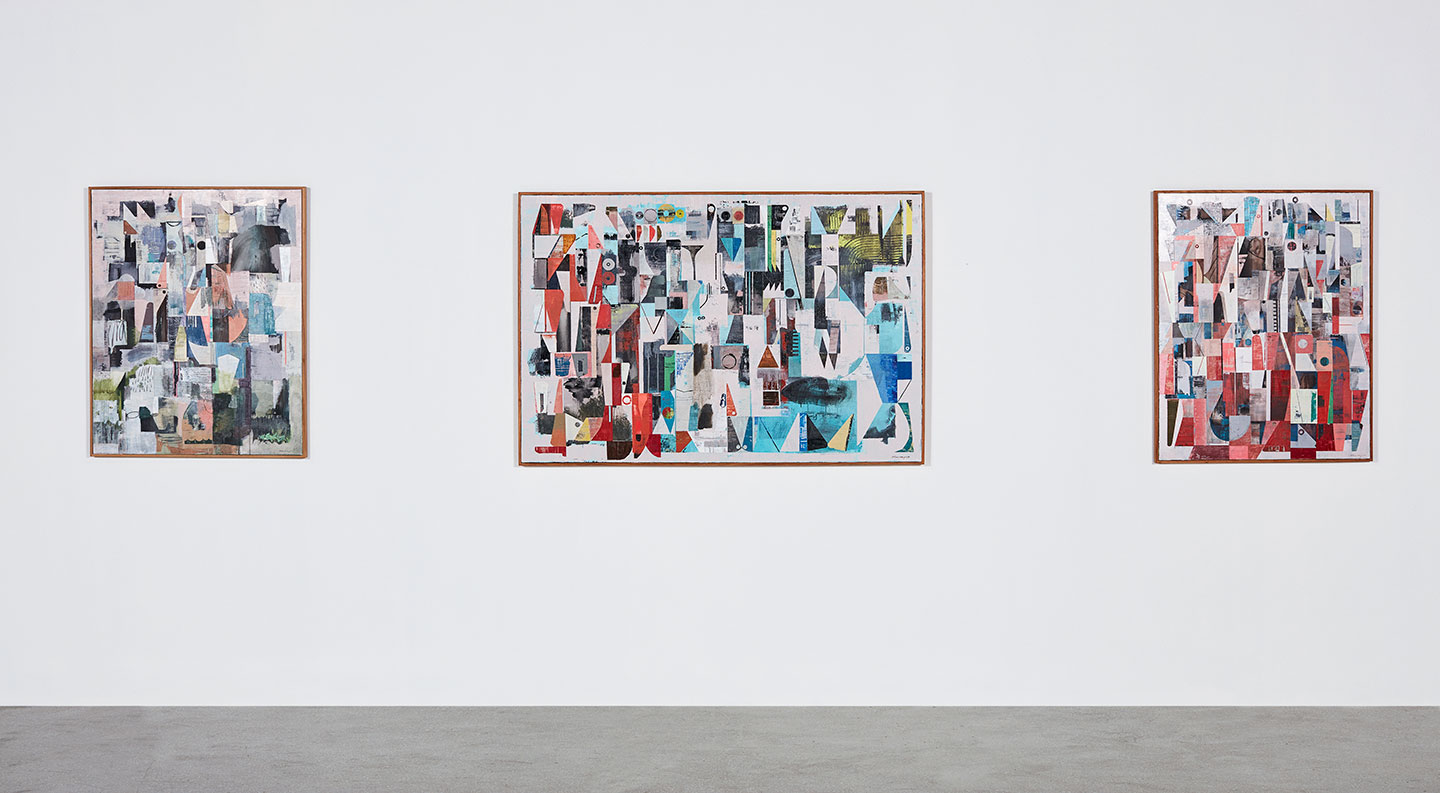 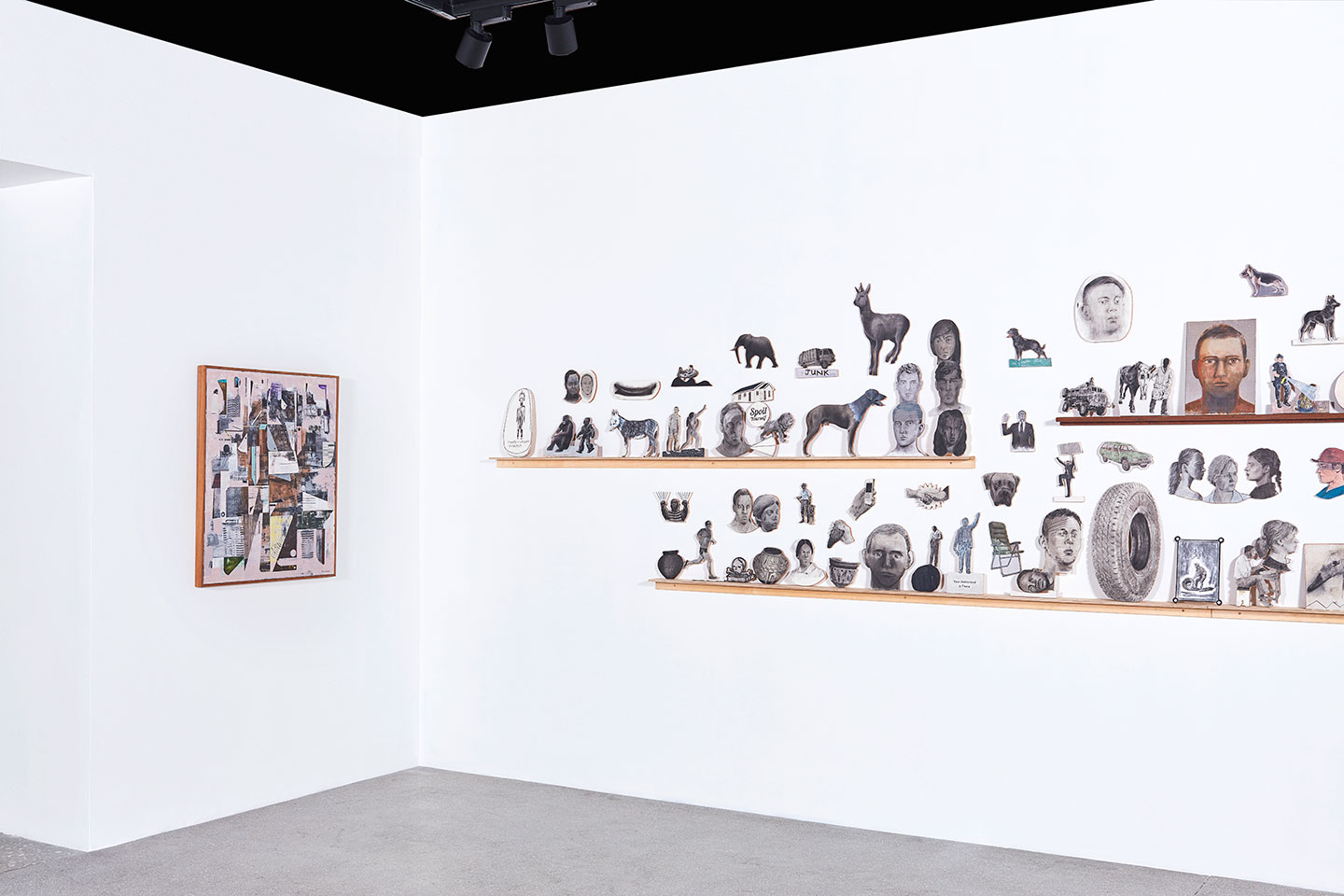 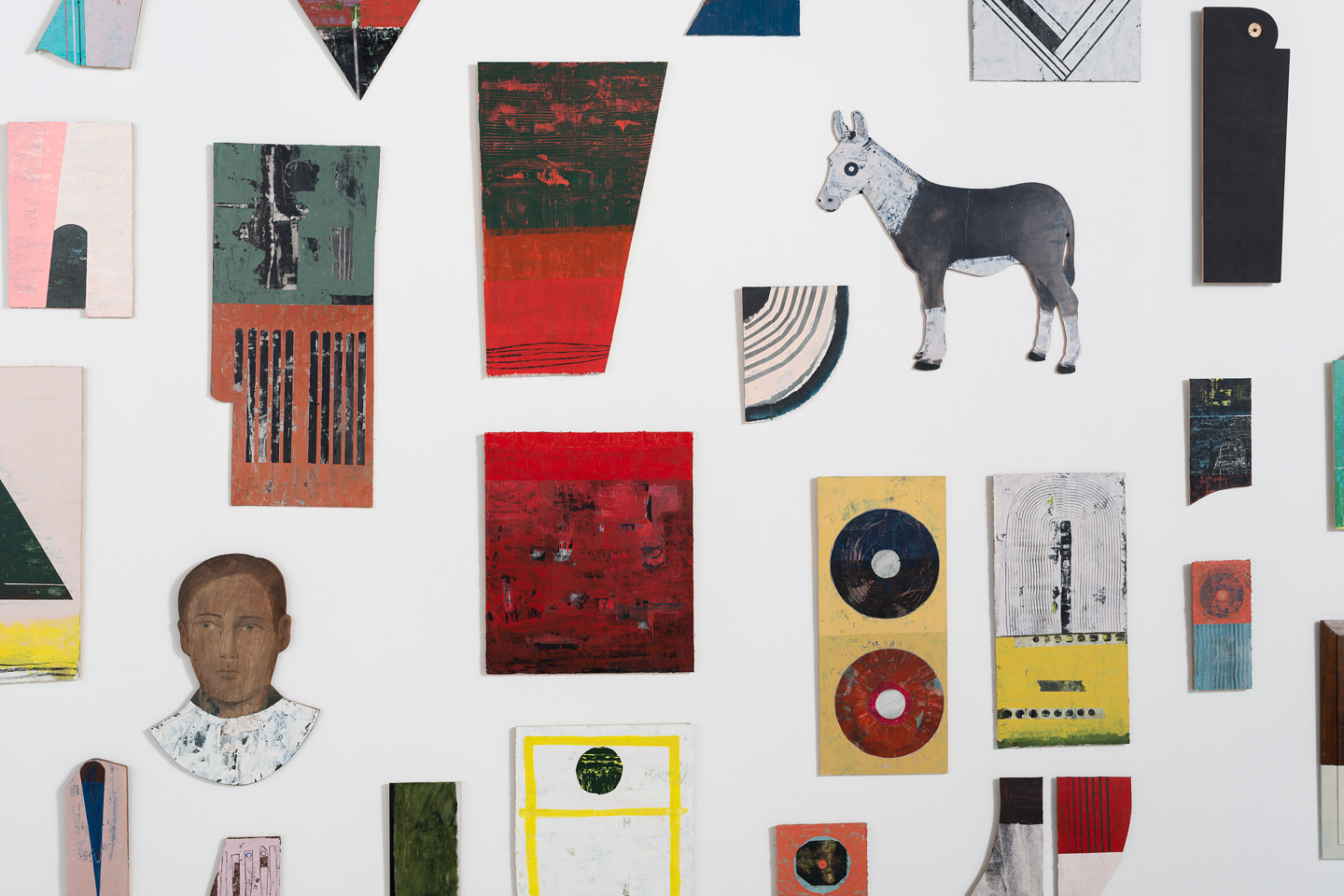 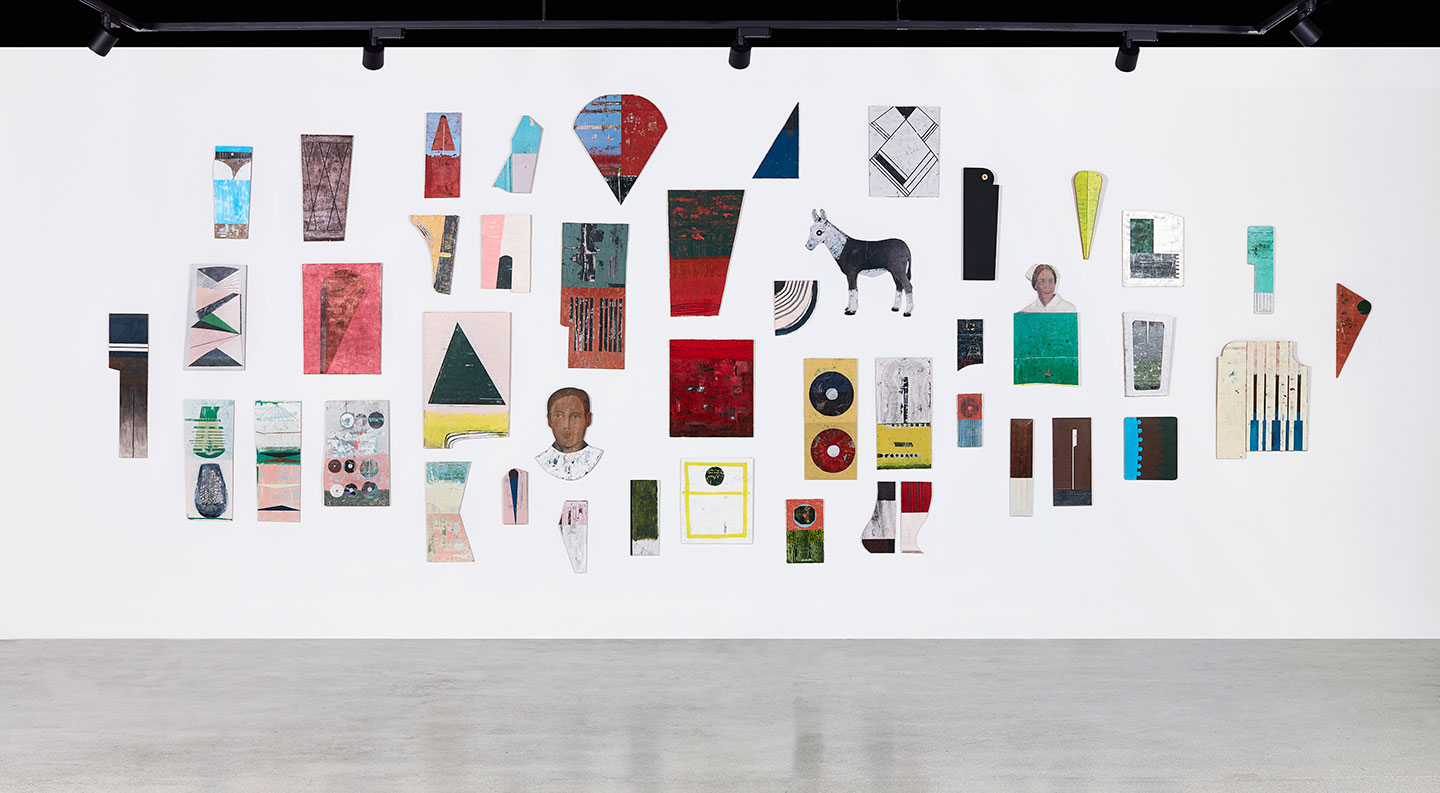 WHATIFTHEWORLD is pleased to present John Murray’s exhibition, Sum of its Parts. This body of work is a reconciliation of Murray’s two signature styles, abstract and figurative painting, through conveying his working process. Setting itself up as the unfolding of a sketchbook, or as the act of turning the studio inside-out, the exhibition demonstrates Murray’s patterned mark-making and juxtaposing of imagery.

The saying “more than the sum of its parts” implies that meaning  lies in the collective, rather than in isolated parts that make up a ‘whole’.  What adds conceptual interest to Murrays visually and texturally intriguing work is their combination and not their existence as singular. Similarly, Murray’s merger of representational and non-representational forms, implies an inherent commonality between the two. In placing them in conversation, he insists they be understood as relational.

Murray’s installation of figurative works comprises of a coming together of images extracted from news media, encyclopaedias, websites, and memory. Self-generated portraits coincide with mugshots sourced from the Internet, and the compilation of these with portraits of family members and public figures equalises the importance of all represented in a way that justifies the use of all images: whether they hold intent or not. Murray essentially strips images of their context in the hope of seeing them anew. The vastness of the pool from which these images are picked, further services the equalising of value. A reclining pool chair is given the same interest and respect as a cultural artefact, and two presidents shaking hands are seen in tandem with a couple in an aerobics position.

Murray pairs the mundane with the iconographic as a way of invoking and holding interest. His assembled bricolage displays become a cognitive exercise in the familiarity of signs, symbols, and images and the reactions borne from these. His use of imagery specific to South Africa’s history becomes a point of both comfort and provocation. Murray asks the viewer to extend their beliefs, experiences, and positions and complicate what it is we see: asking us to respond rather than react to the familiar images presented to us. German Shepards, perceived within the South African psyche as symbolic of police brutality, and tyres, emblematic of civil unrest, sit uncomfortably close to objects of leisure: a game of table tennis, a cellphone, a scuba diver.

I think my work is occupied with the concept of the “whole” or perhaps the “broken” image. Fragments form an integral part of my work. Whether they are abstract or figurative, they become building blocks in an attempt to create a whole.

This is a process of building up and breaking down, layering and scraping away to get to an endpoint. For me, that endpoint is never really reached. My thinking is that if I saturate the canvas with shapes or images I can get to a point of fulfilment. However, I have learned that it is the process that holds meaning for me rather than the final construct.

The figurative drawings are a combination of historic and contemporary imagery. Some images carry more weight or symbolism, where others are arbitrary, mundane, or flippant. These images are all given an equal status. For me, there is no implicit hierarchy. The process of collecting, drawing and collating these images is mostly a subconscious method, where connections or relations are often only revealed when I stand back.