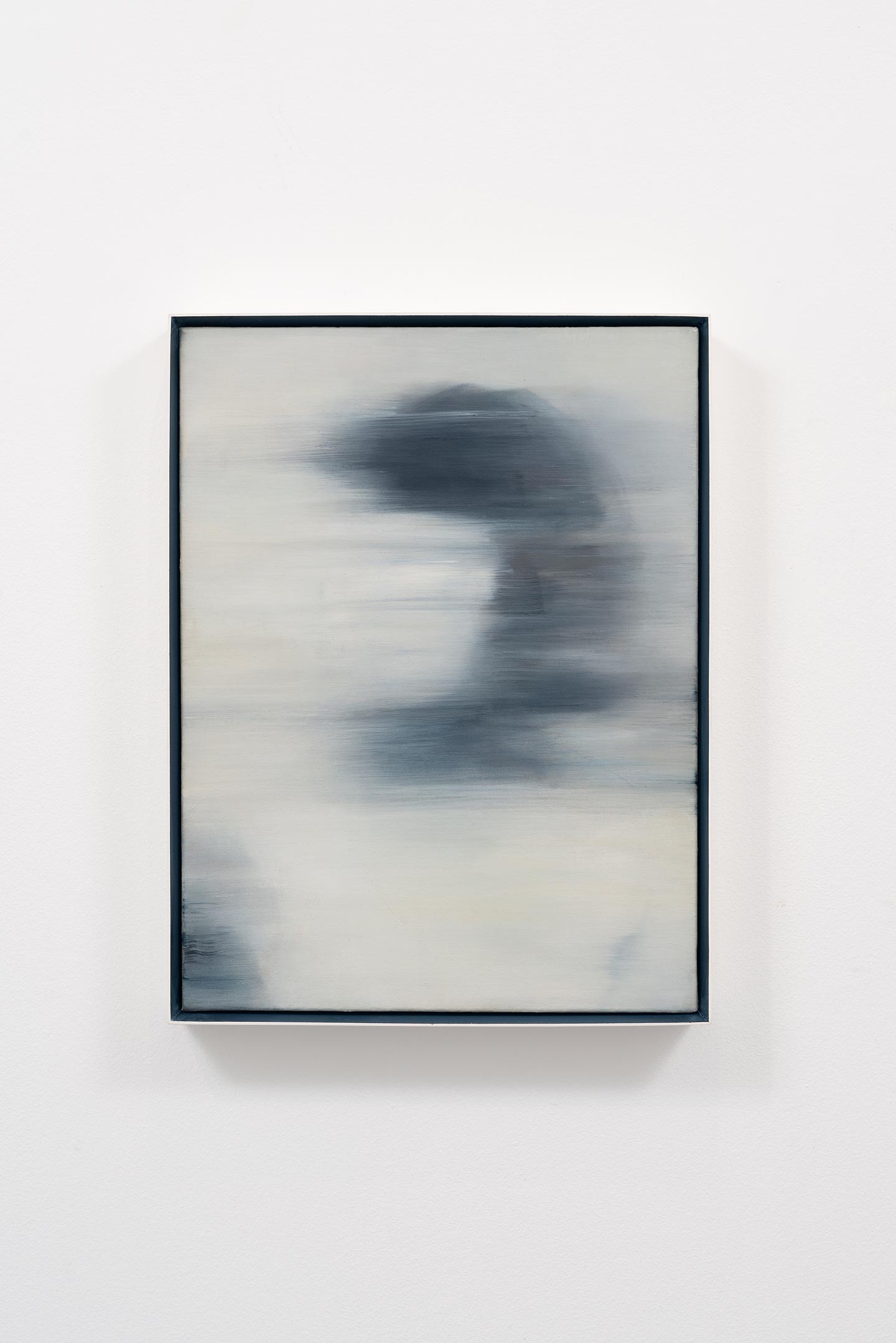 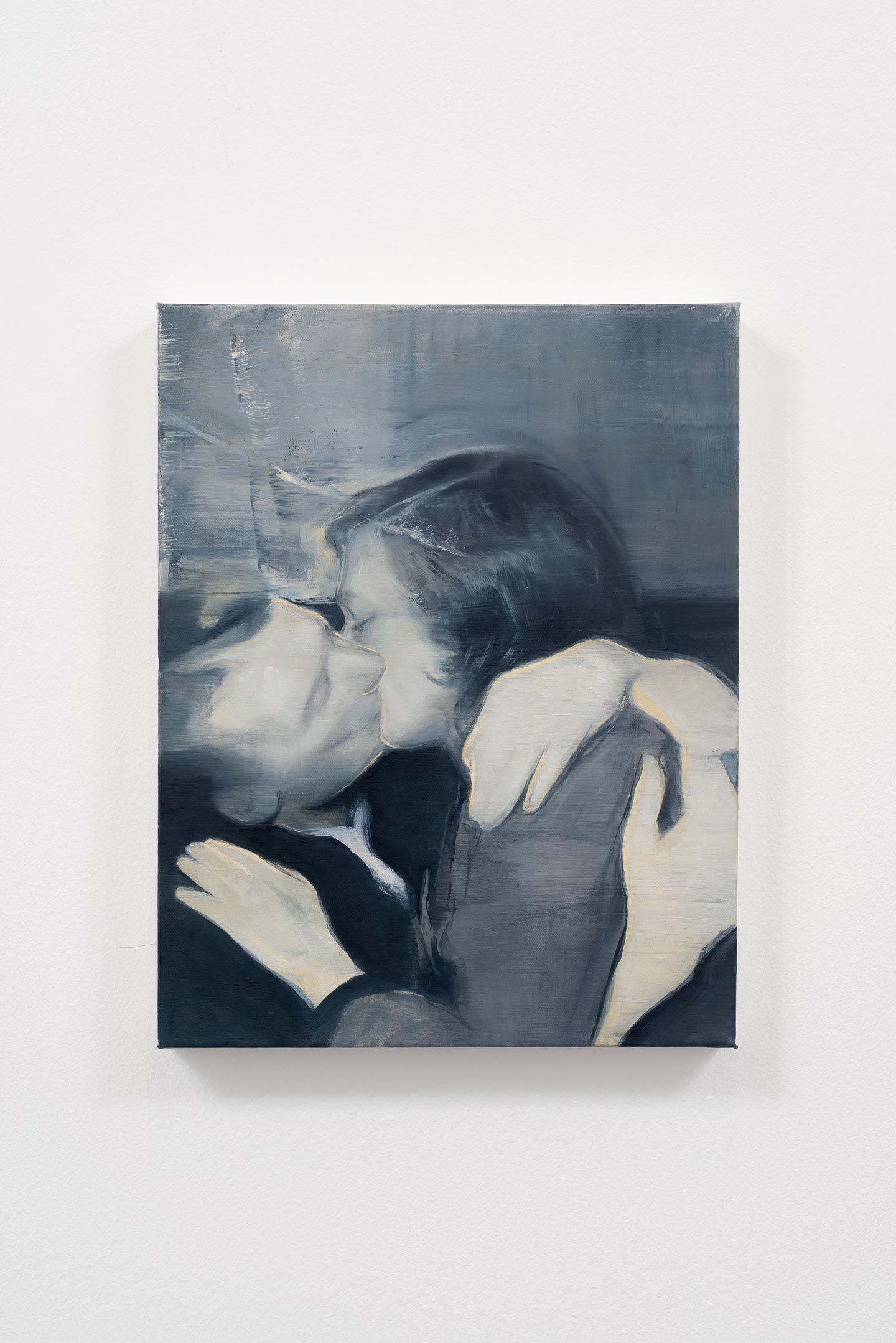 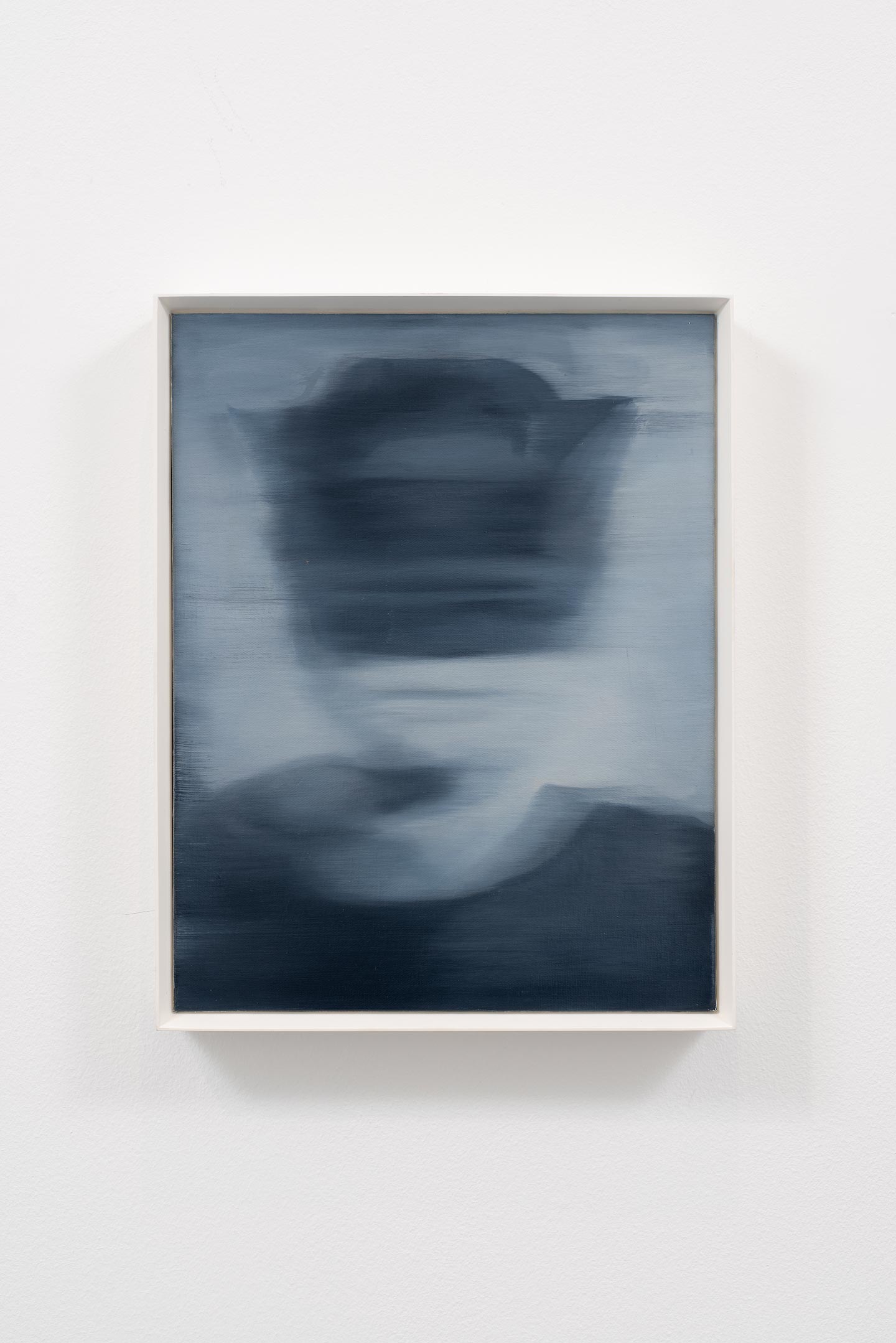 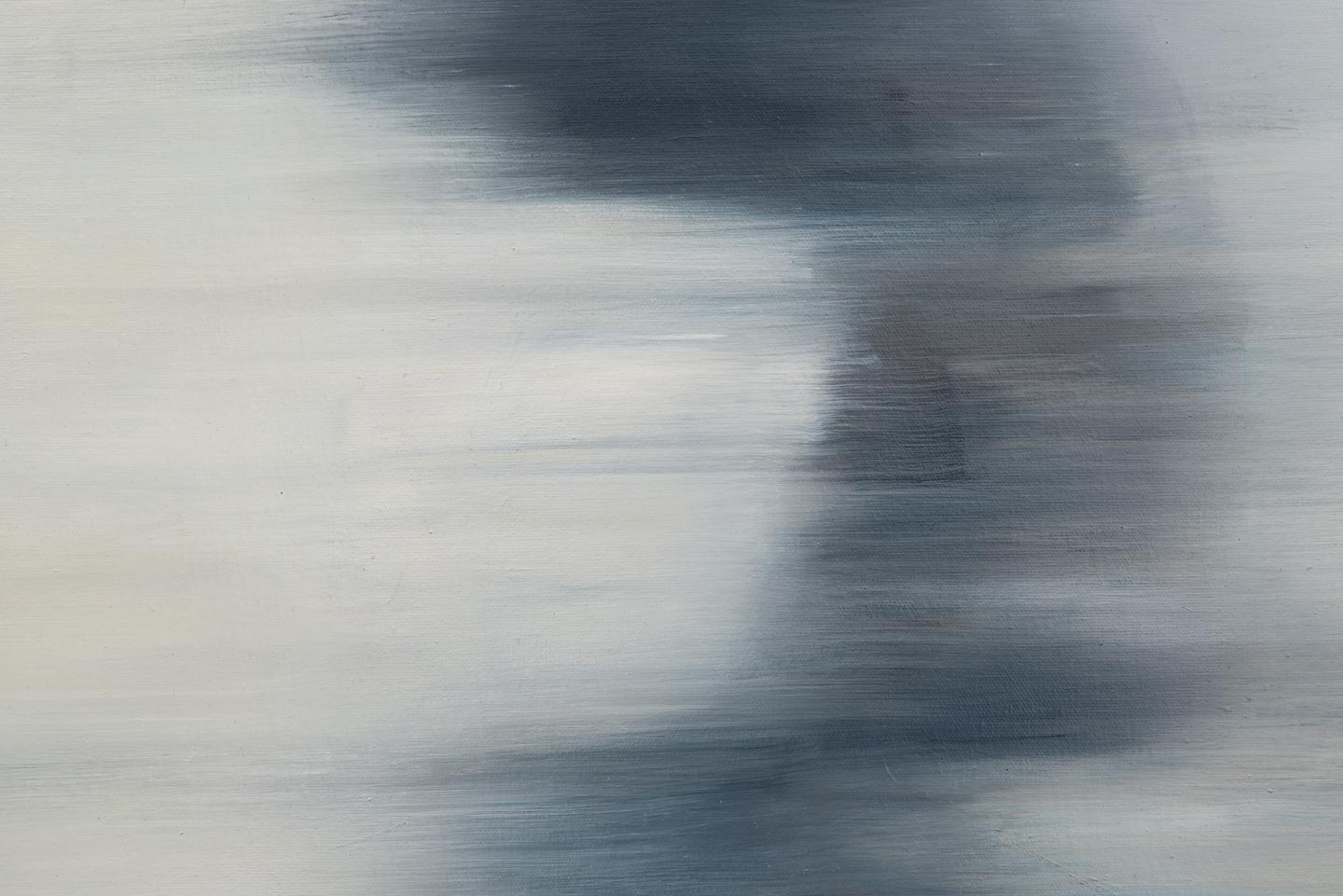 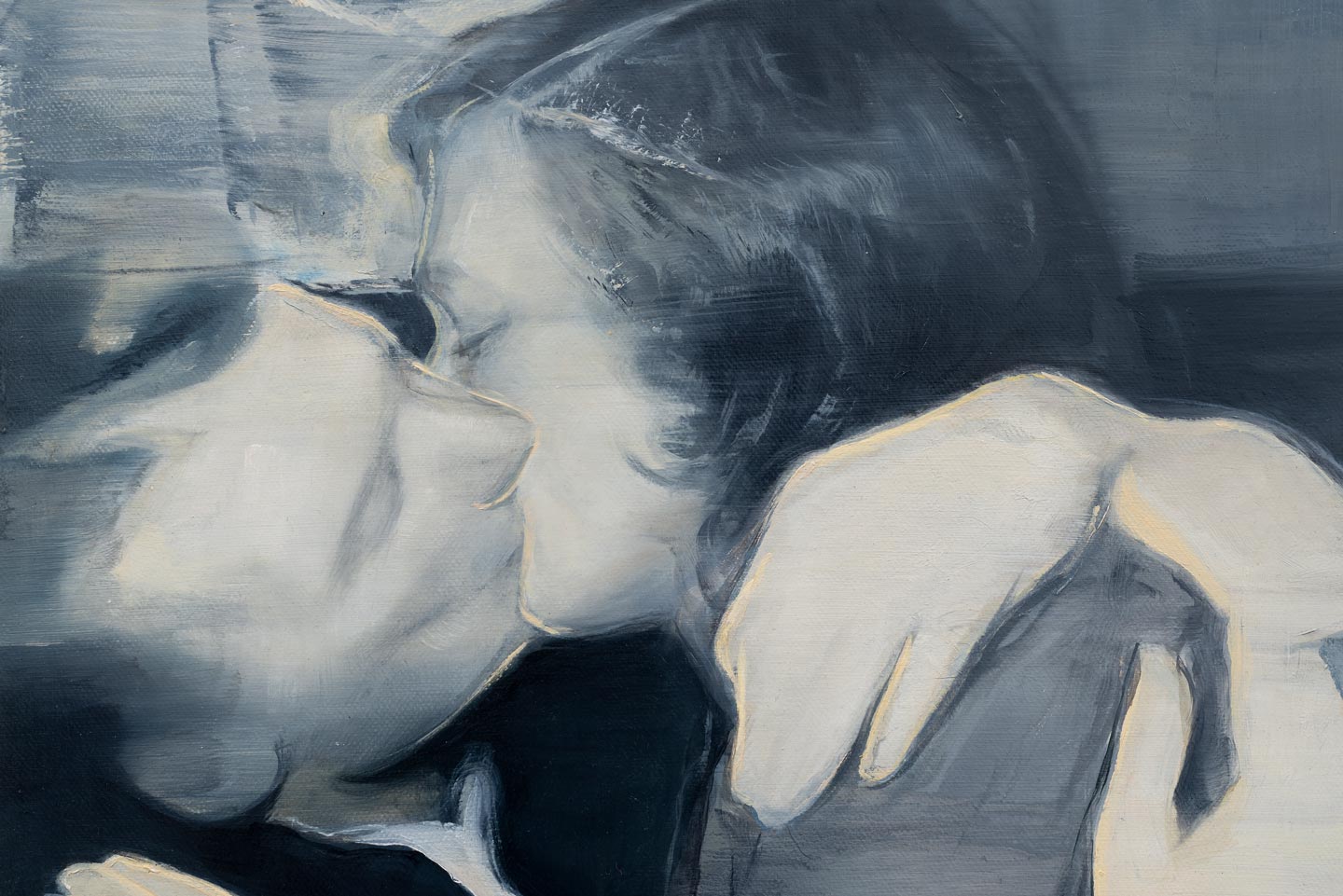 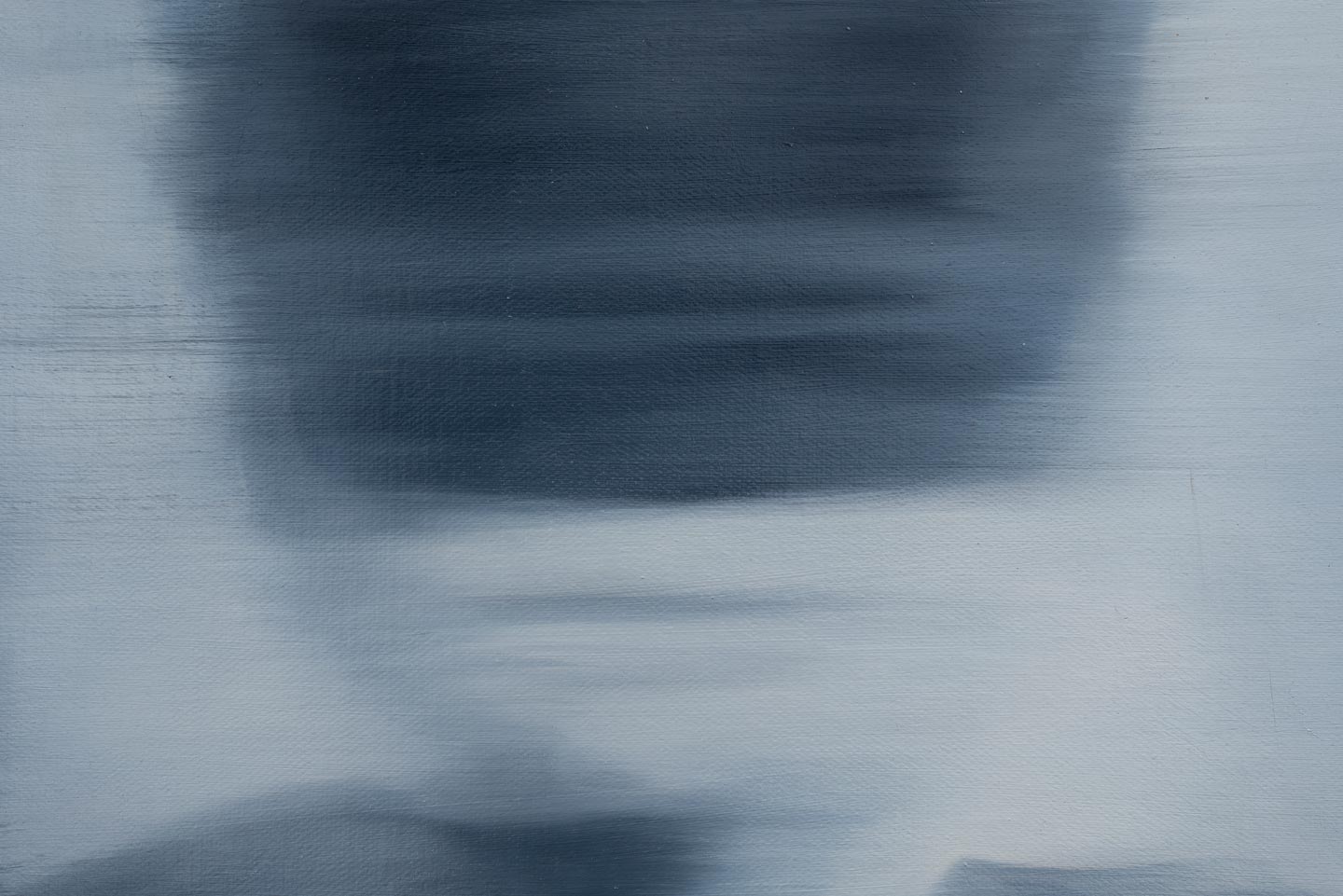 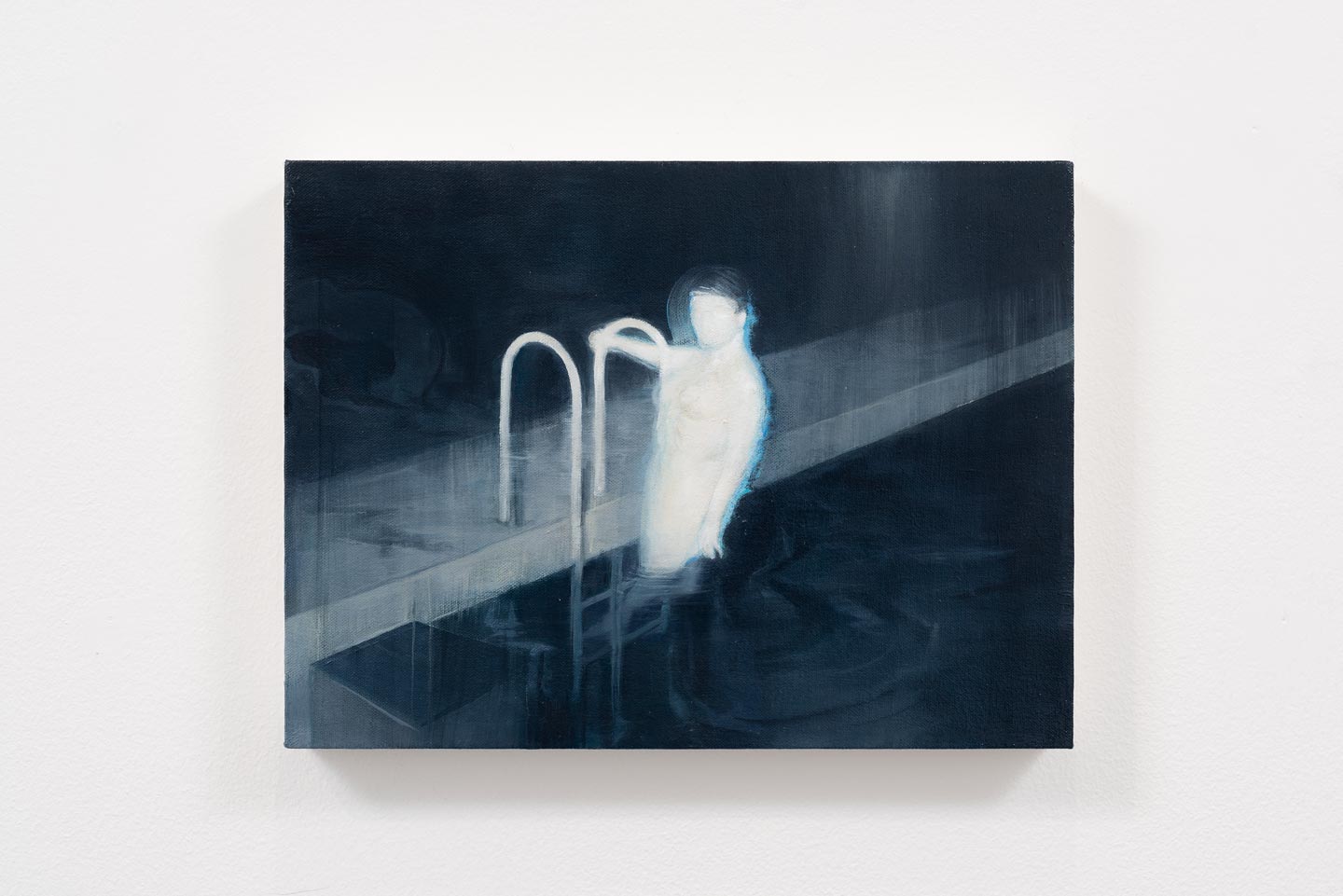 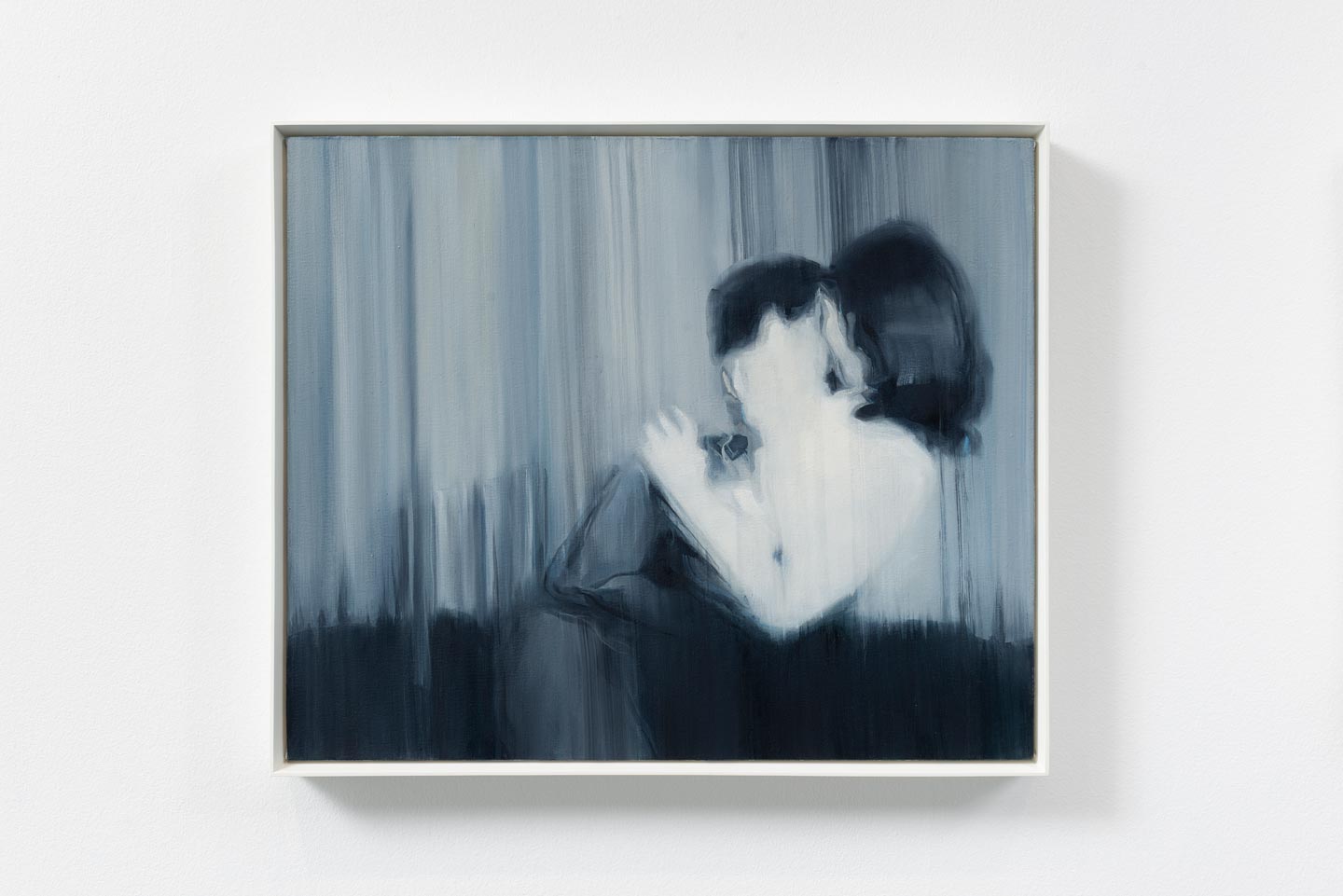 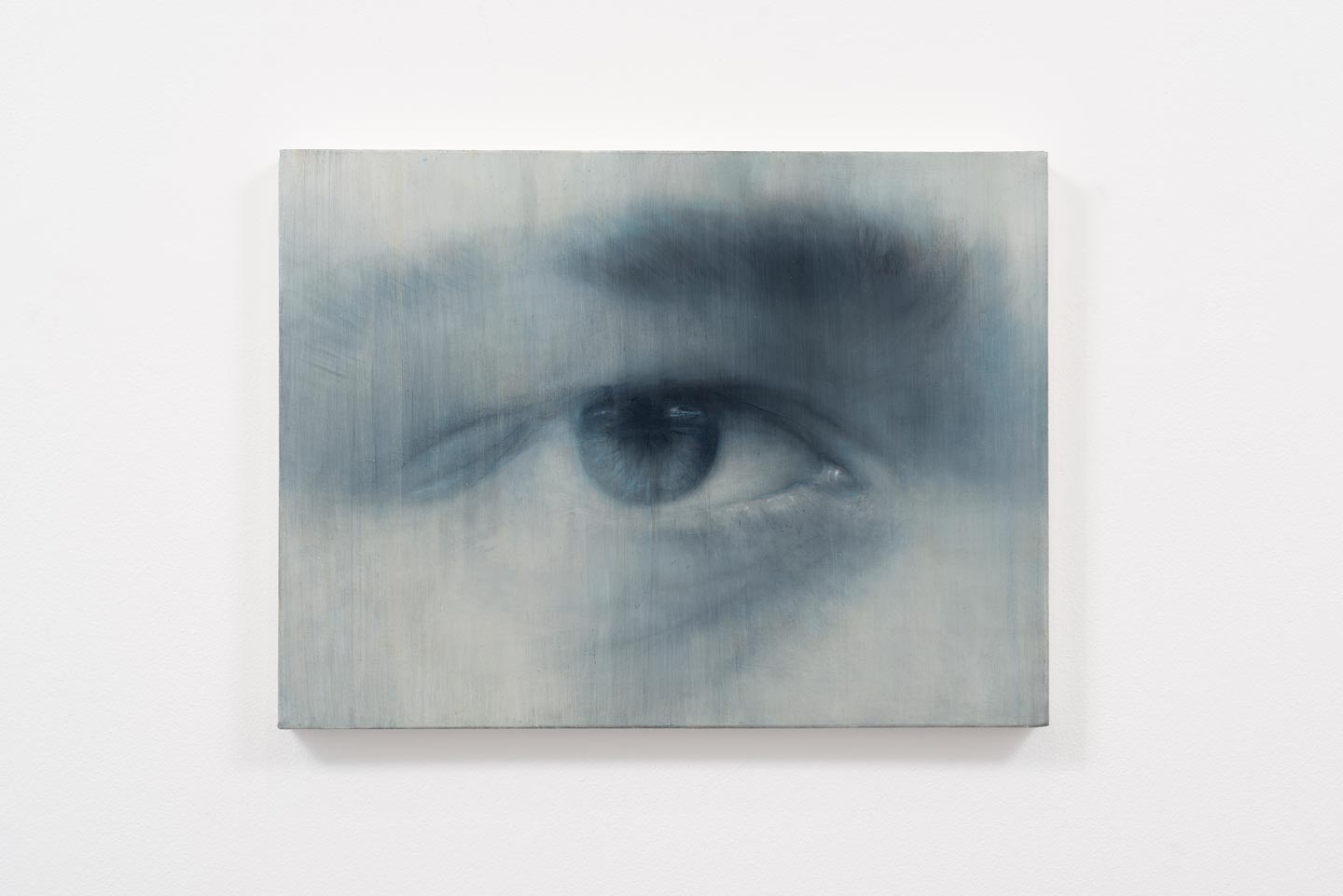 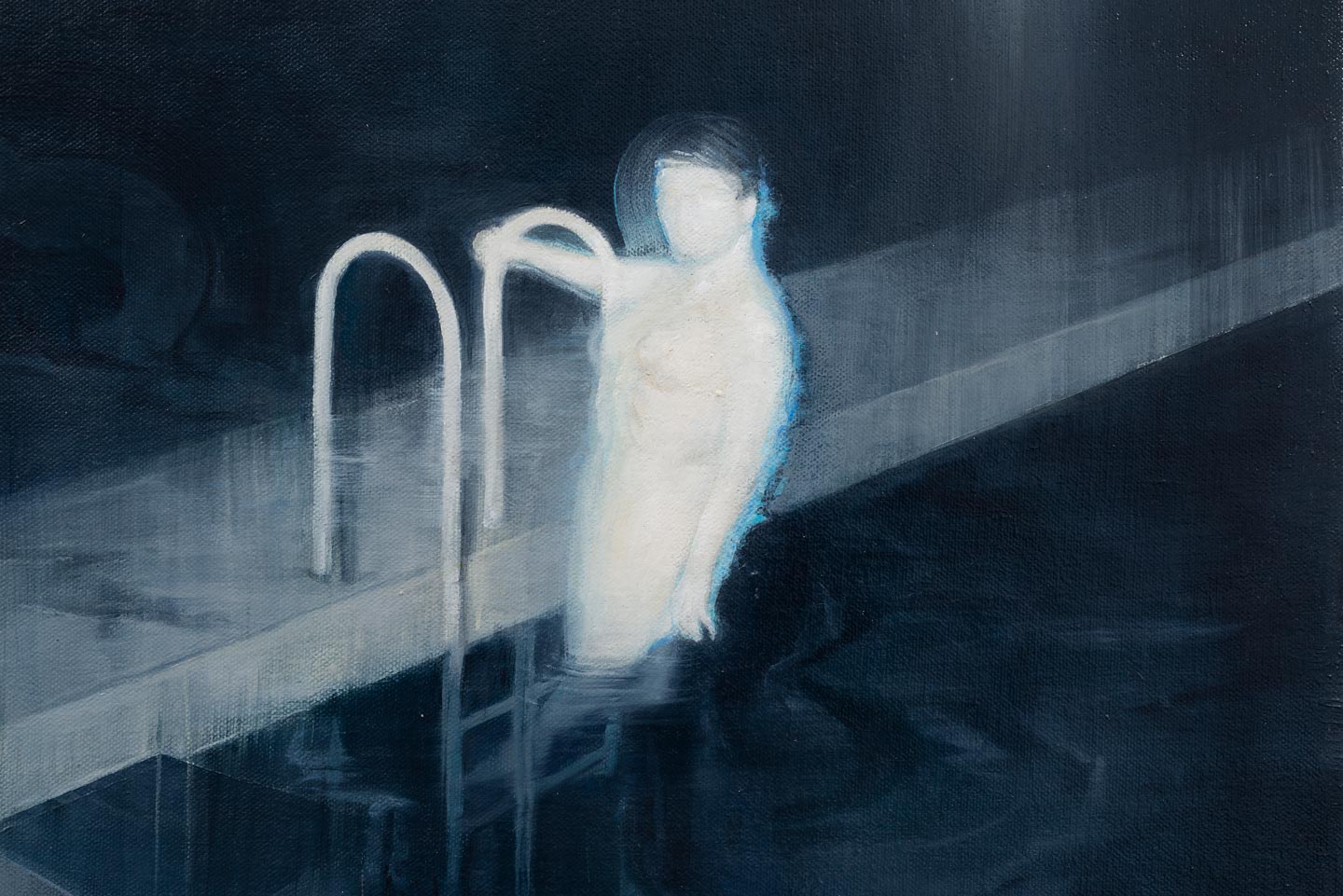 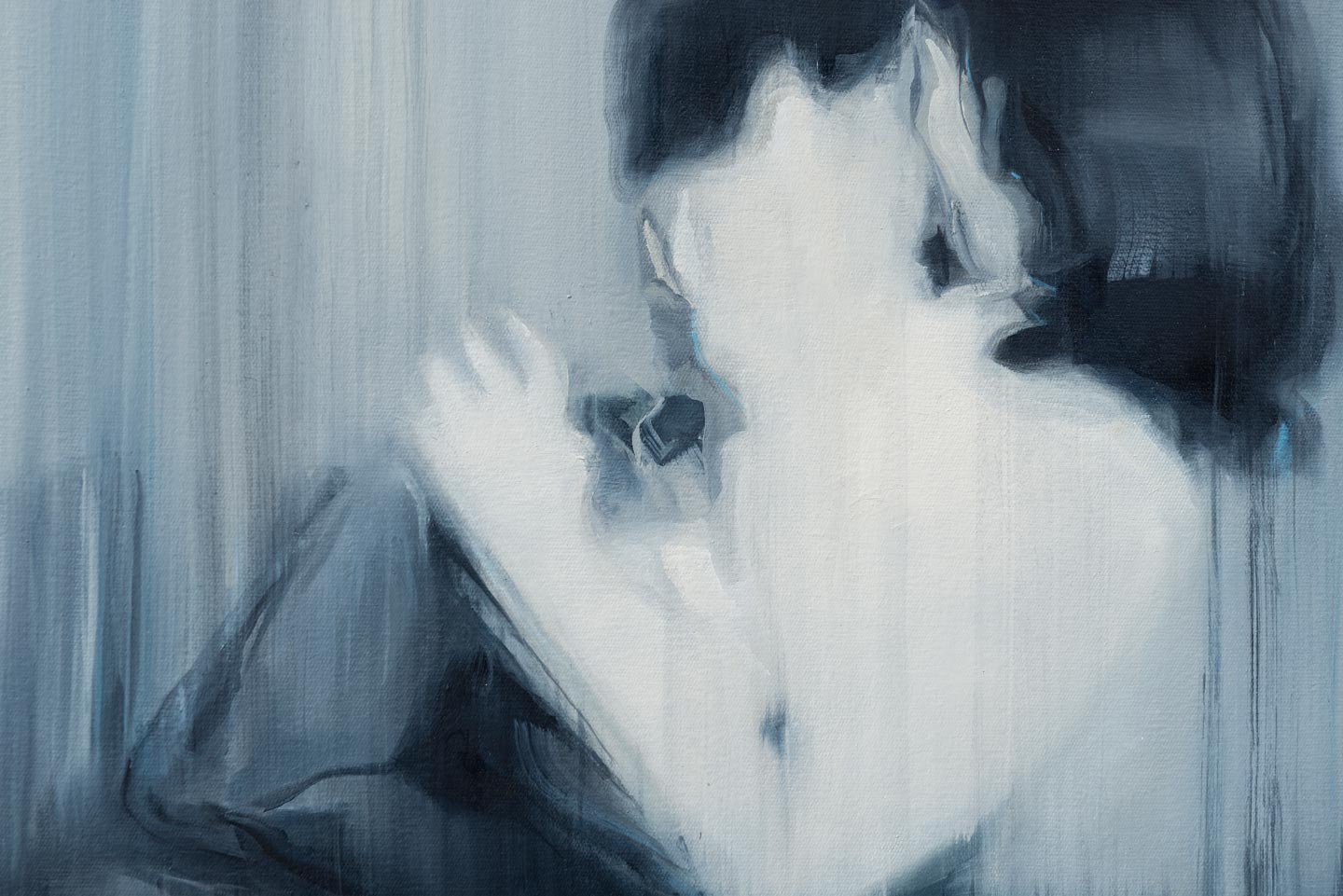 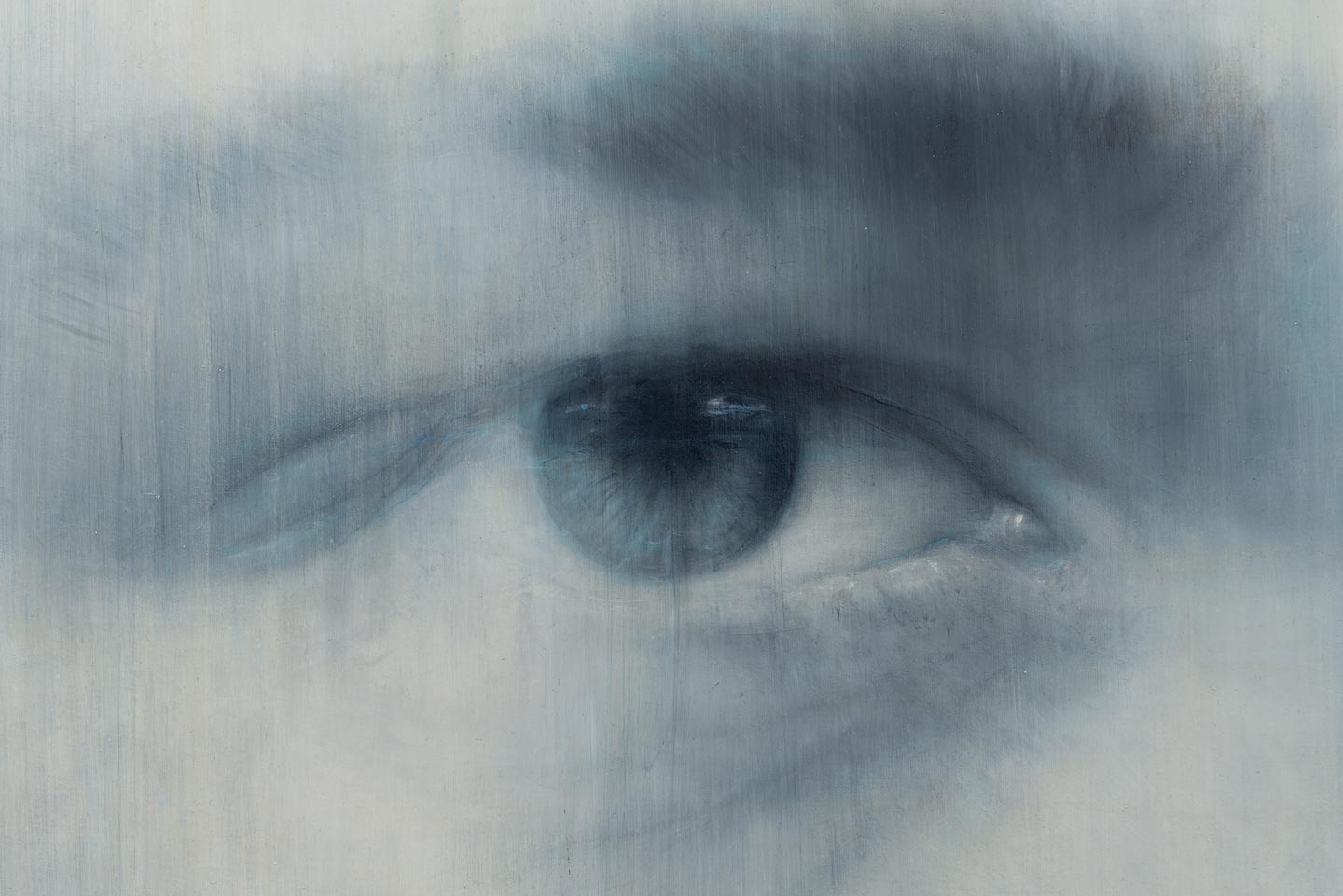 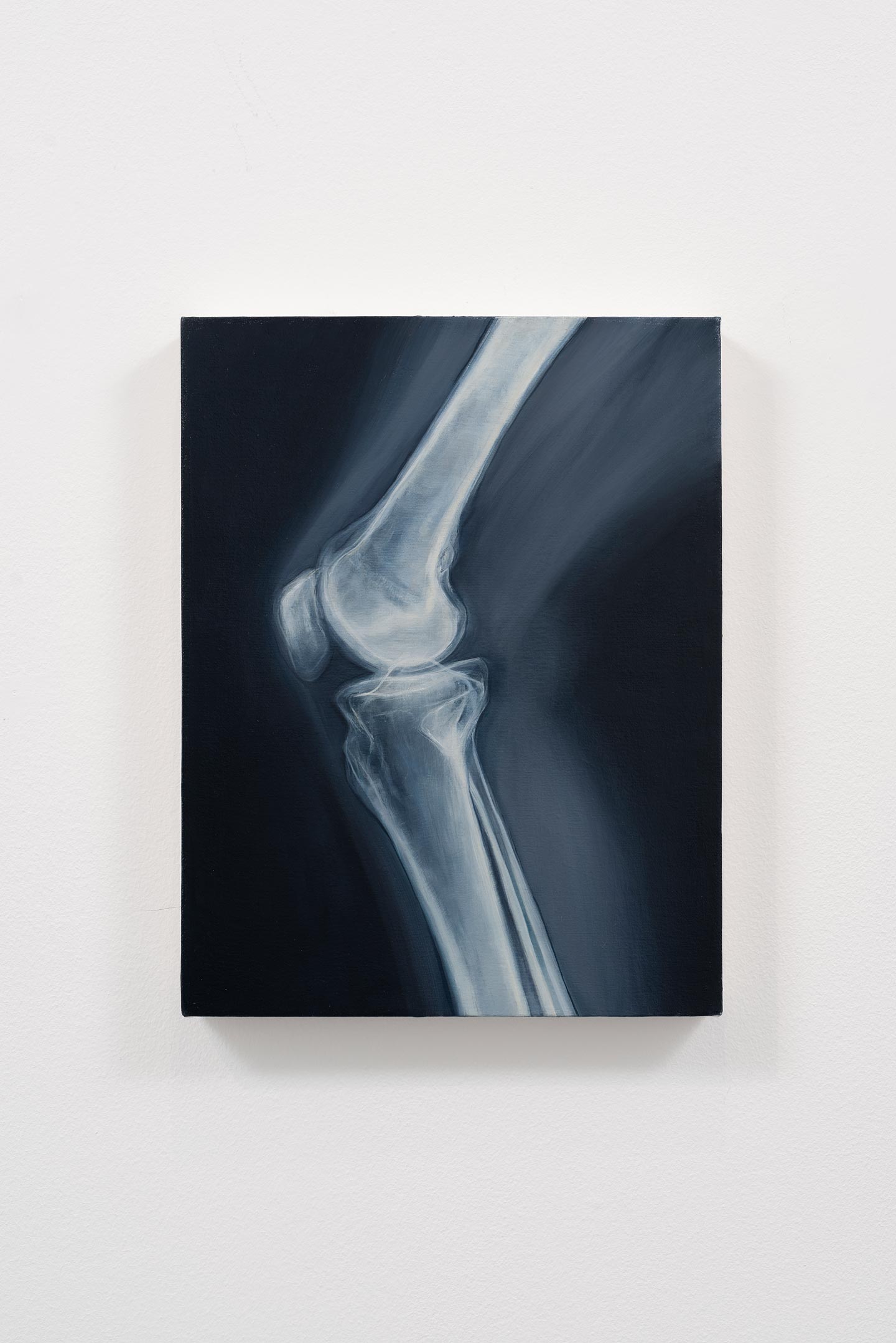 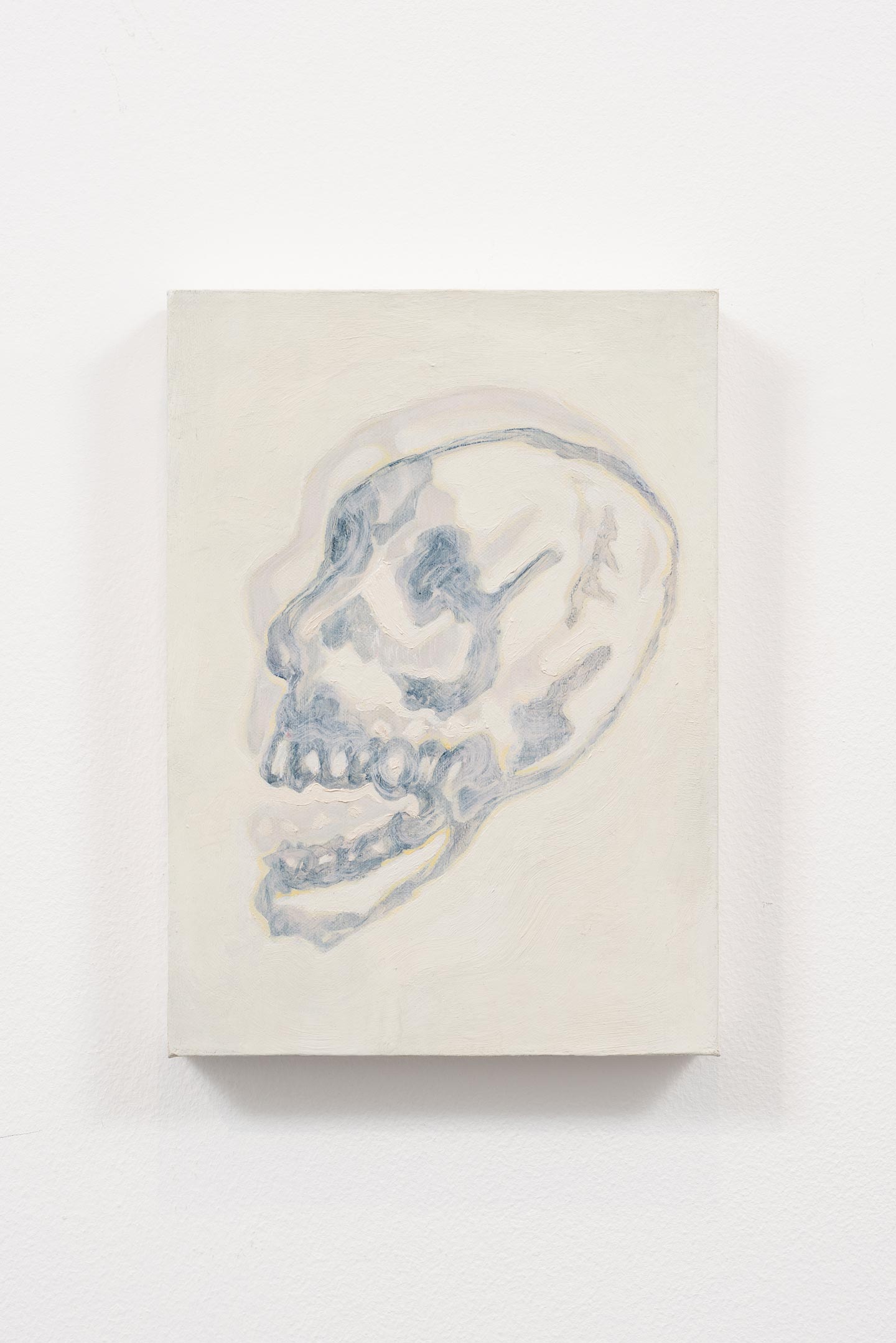 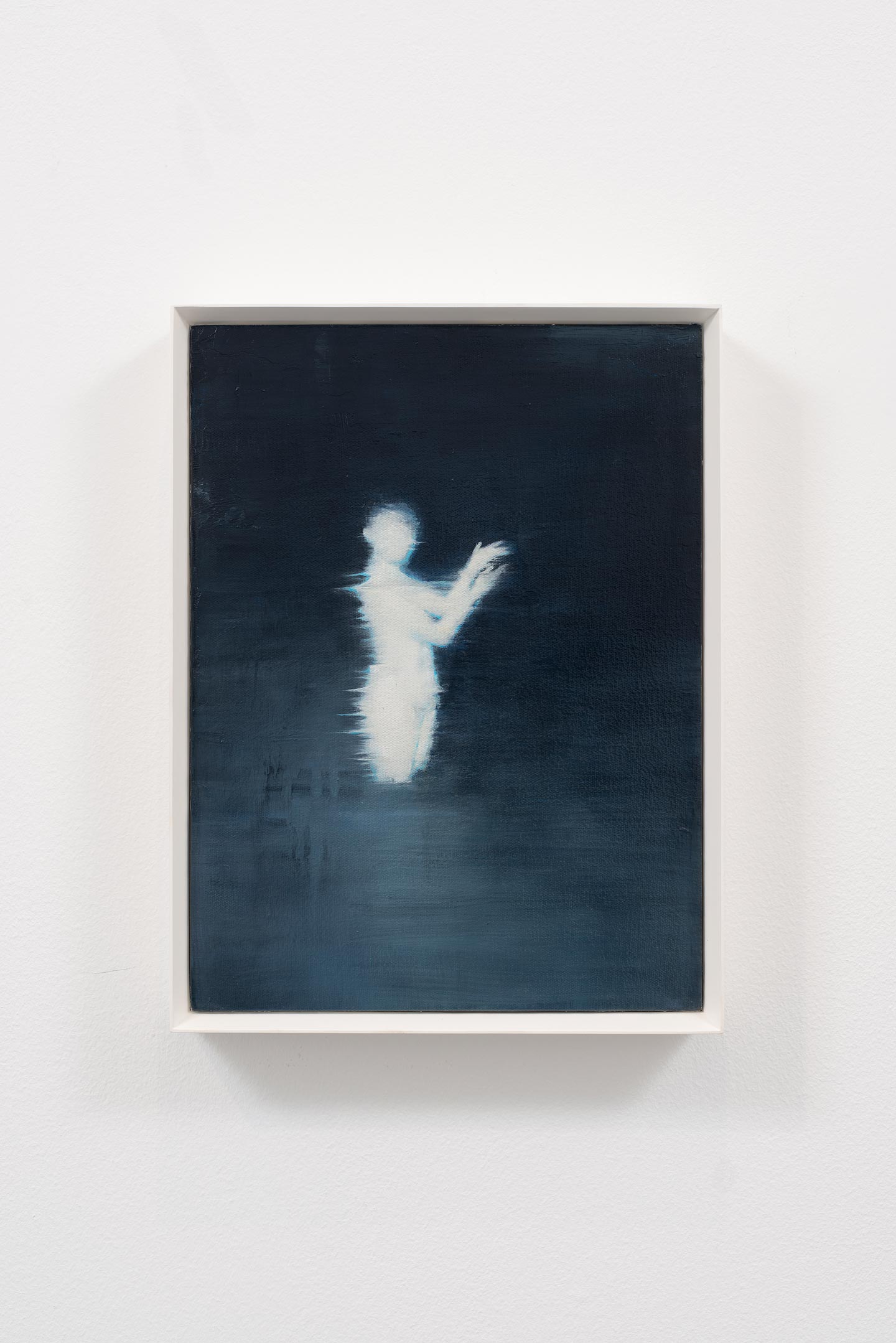 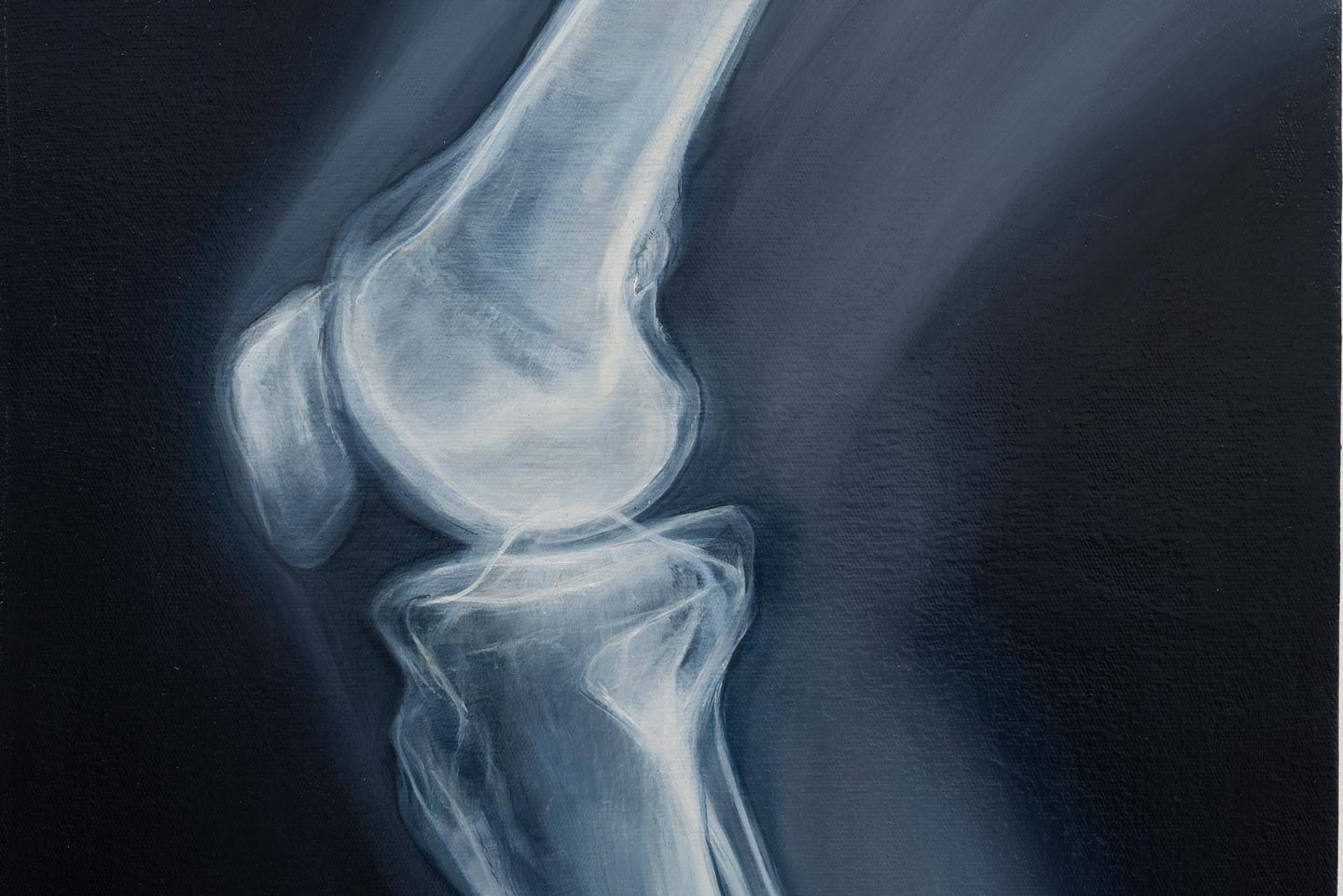 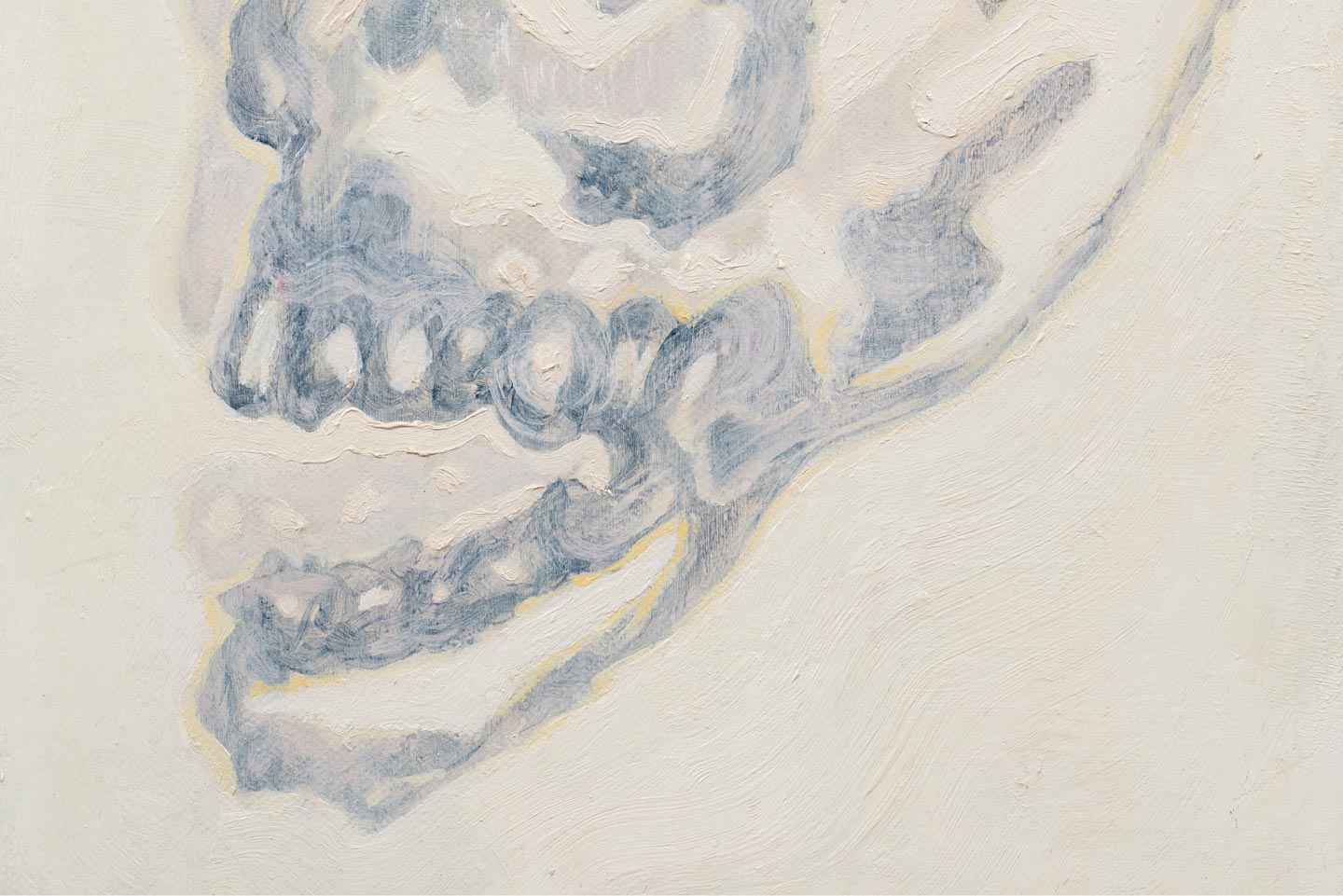 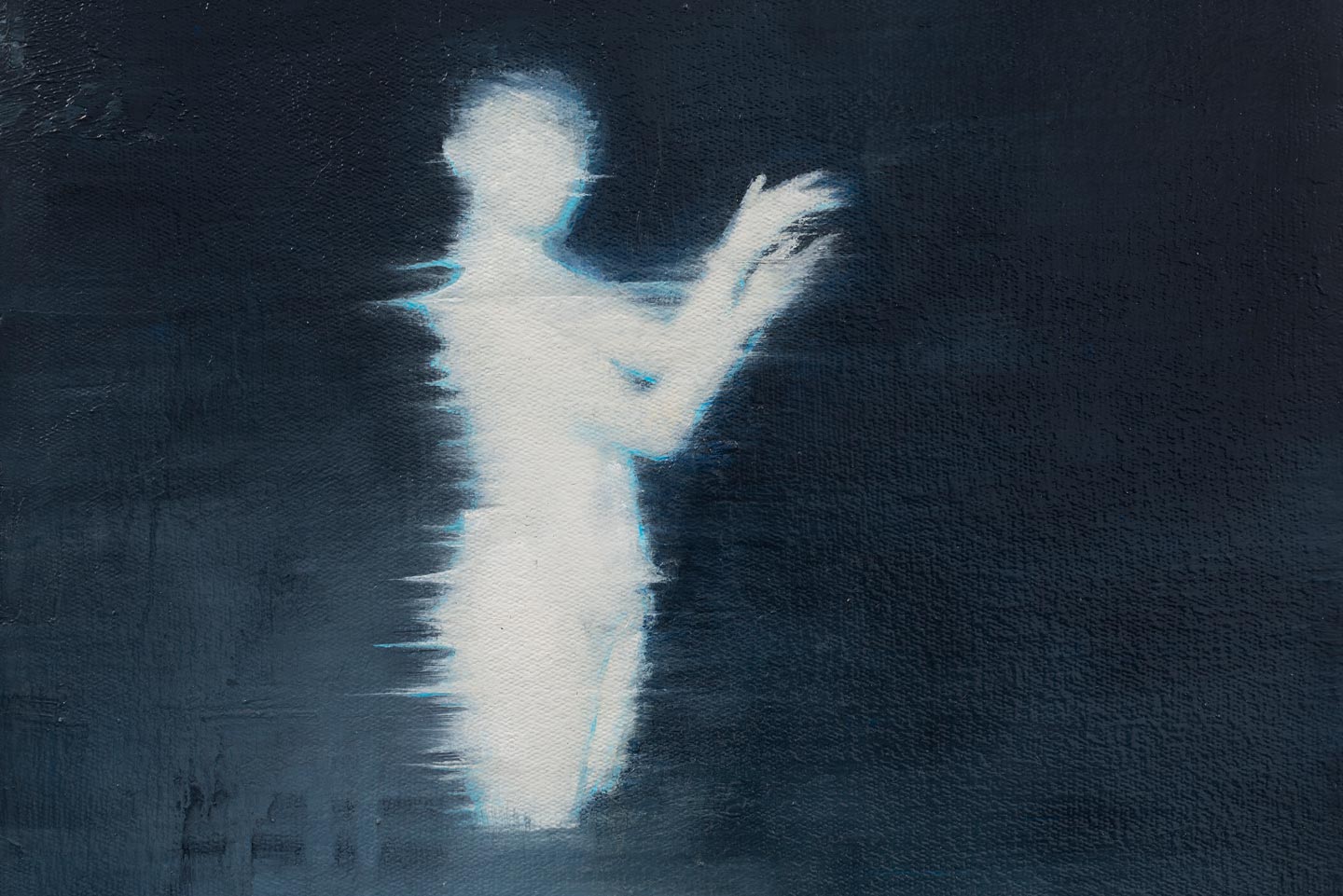 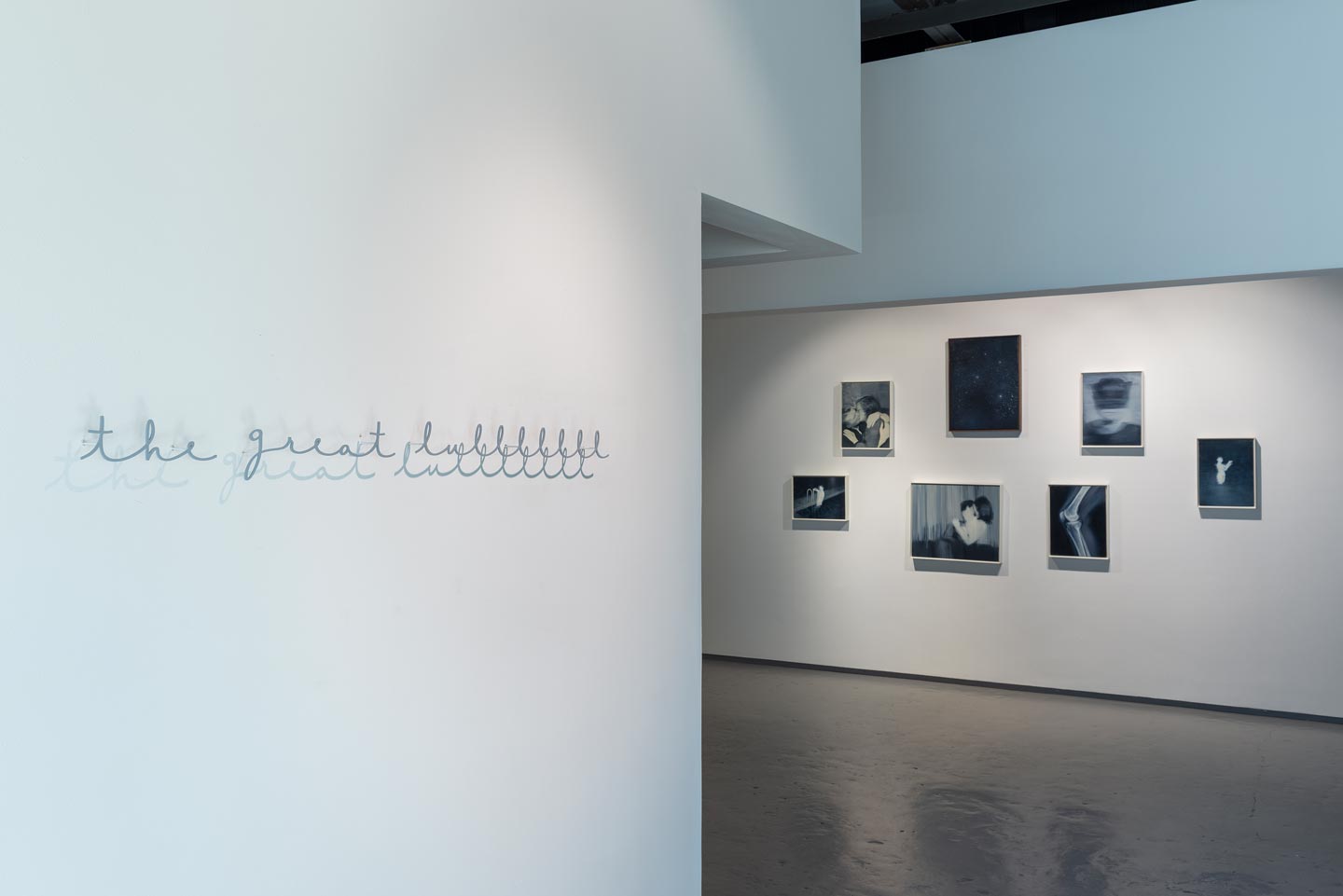 Find your Way on Moonless Nights 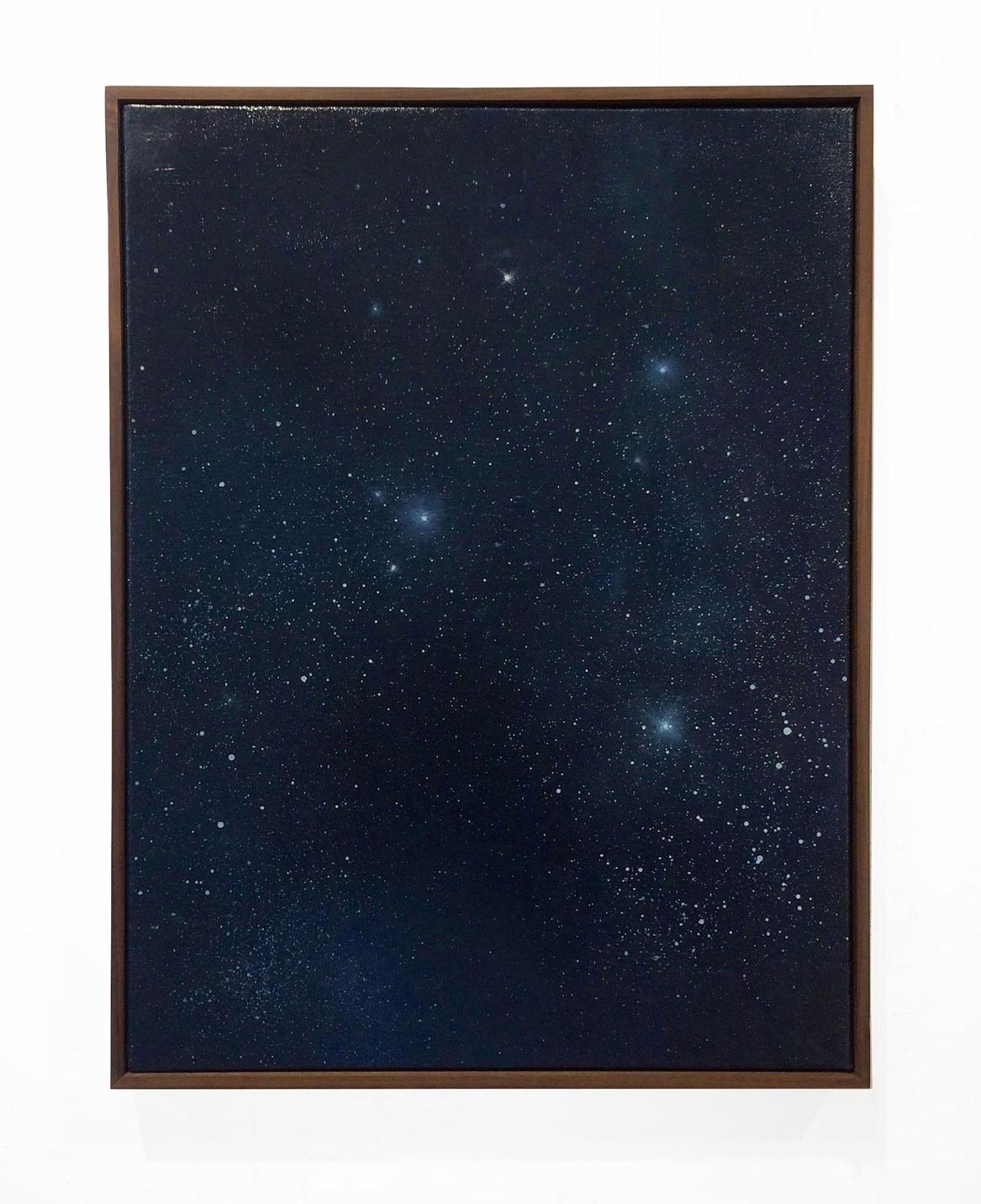 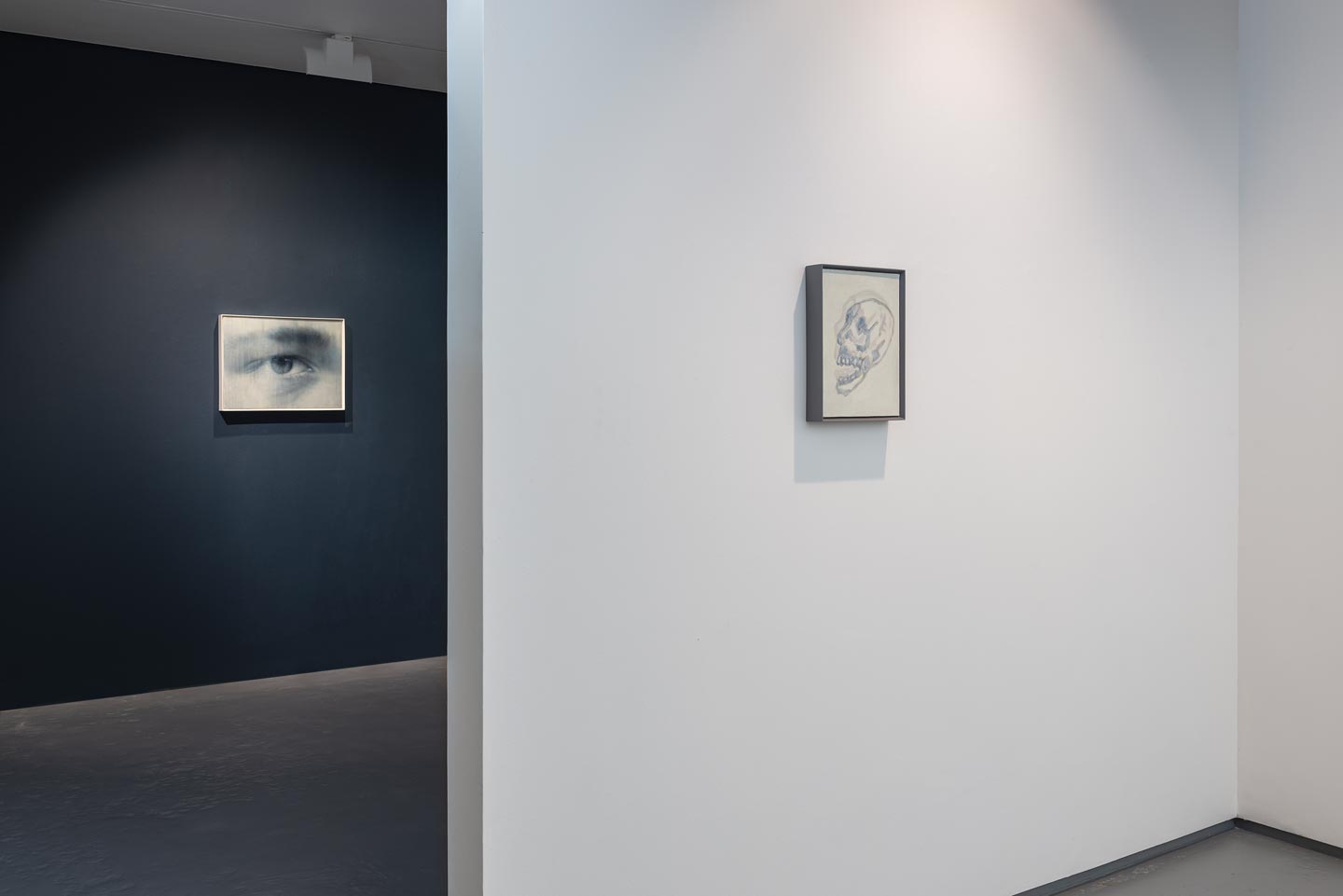 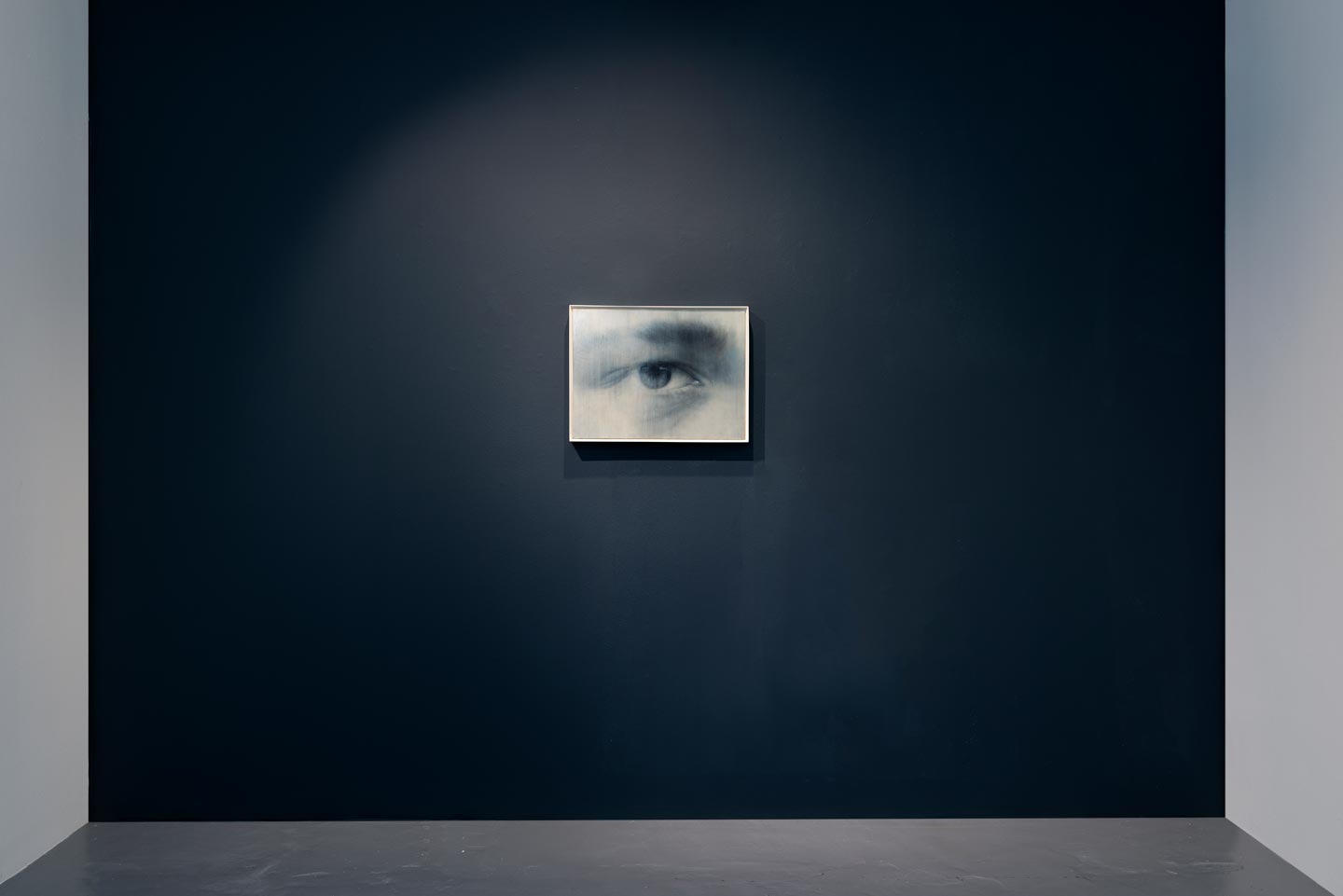 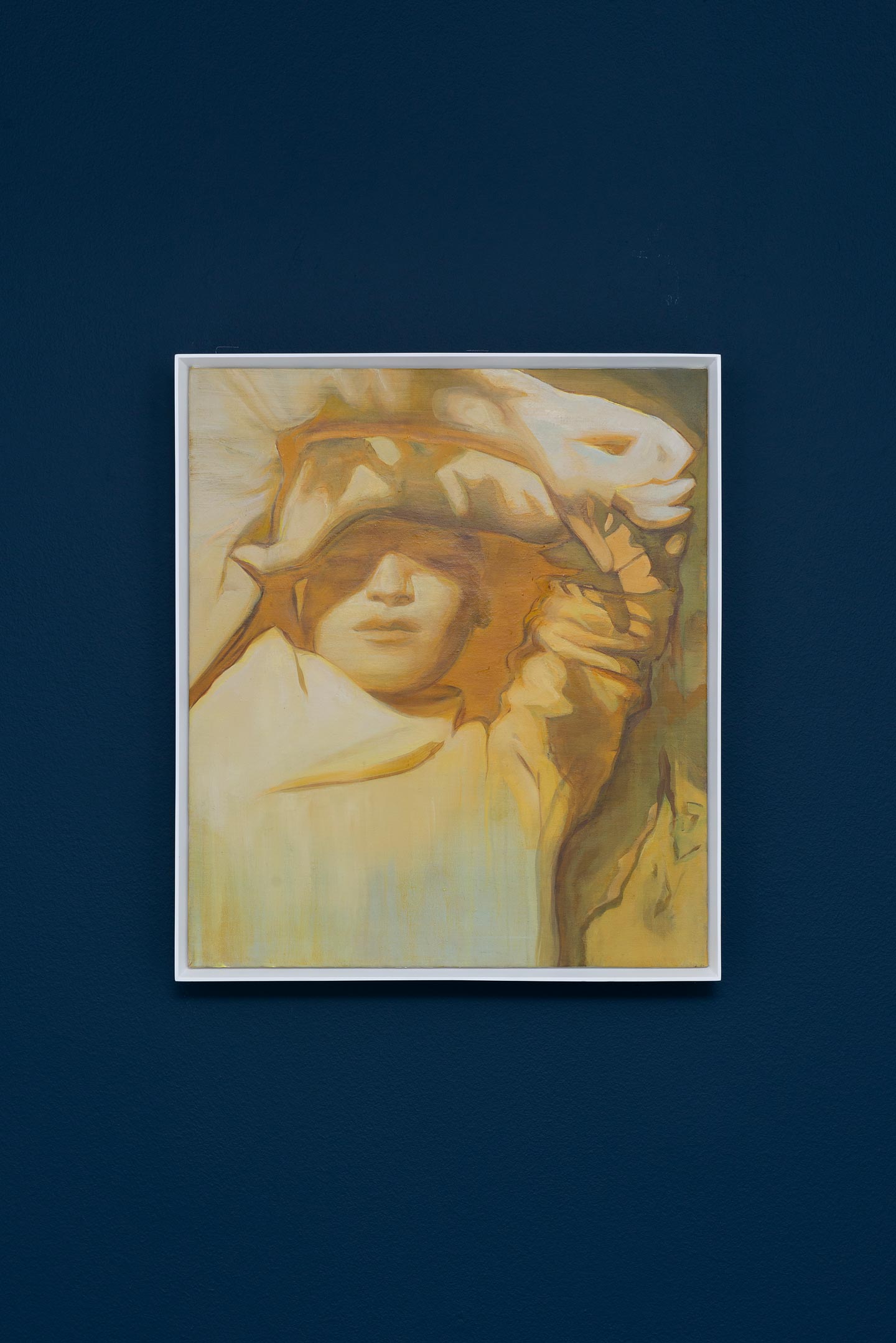 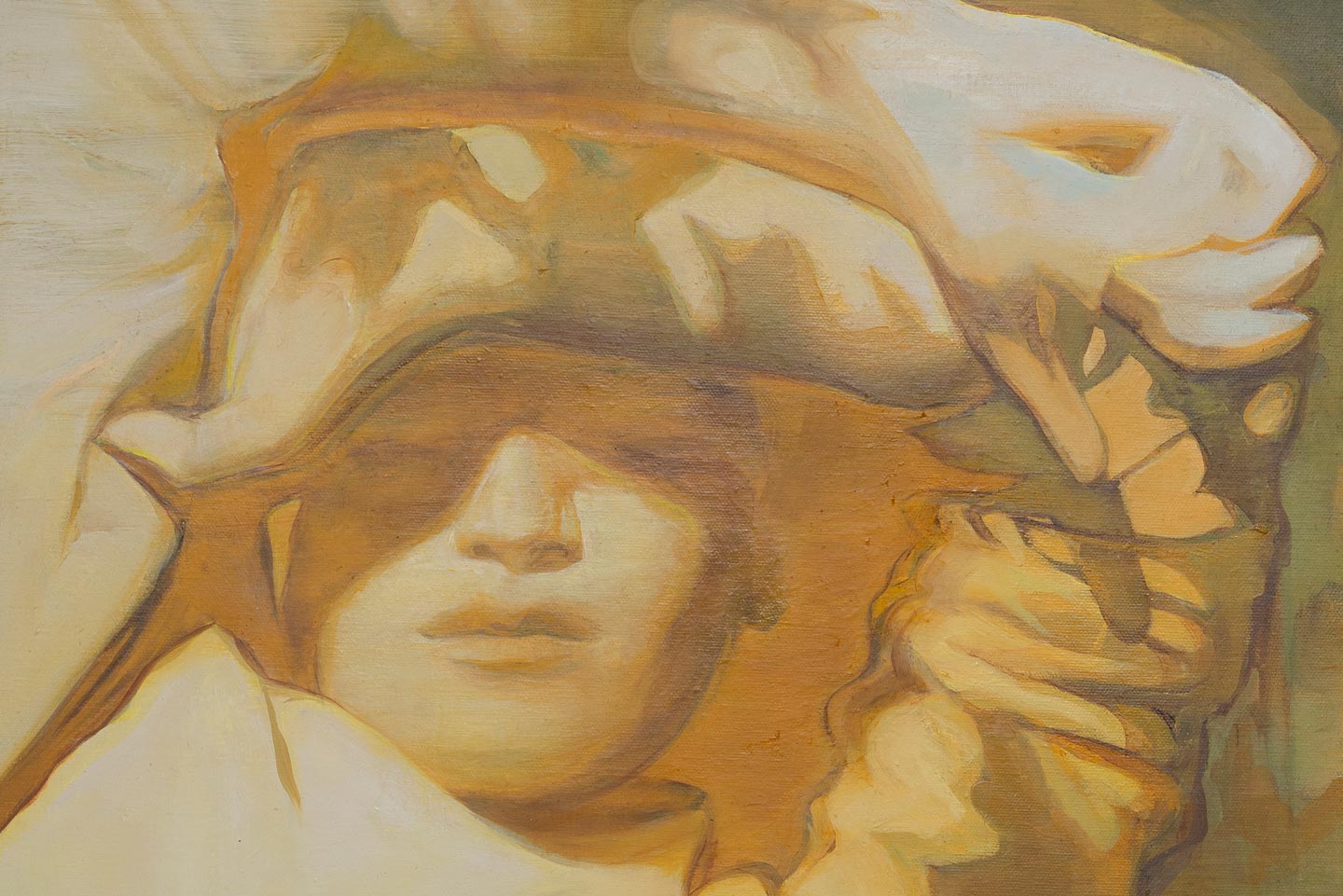 WHATIFTHEWORLD is pleased to present The Great Lulllllll, Sanell Aggenbach’s new solo exhibition with the gallery.

A suite of eleven paintings, Sanell Aggenbach’s The Great Lulllllll extends oblique reflections on the past year’s pause. Music lends itself as synonym to both the collected works and their shared title; the staccato ‘t’ of ‘great’ coming to rest on the closing cadence of ‘lull’. Above it, unseen, the eye-like sign that denotes a note held, a rest extended; fermata.

Somnium, the suite’s first work, proposes the opening theme: the likeness of a mother intimately described and later obscured, effaced in a Gaussian blur. Framed by its title – the Latin for dream – the portrait has about it the sense of a memory imperfectly recalled. The colour scale is familiar to the artist’s palette; desaturated Payne’s grey, shifting shadows. Taking Somnium as a cue, the works that follow offer the same strange dream in different registers – indistinct portraits, anonymous figures in swimming pools, kissing couples rendered near illegible by the fog of wakefulness. There is a second-handedness to Aggenbach’s scenes, their images more often borrowed from found photographs, seen as if through a mediating screen. The watchful eye of Fermata – that word again – preludes the viewer’s gaze, the intimate dimensions of each canvas demanding a close and careful attention. Drawing near the paintings that one might see through the haze resolve the indistinct images into a passing clarity, one finds instead a resolute distance; the figures set apart from the viewer. This distance is at once implied and performed, the images transposed from analogue photograph to digital facsimile and then to oil on canvas. Twice removed from their first form, ambiguity accompanies each painted phrase, the composition scored in an uncertain key.

Turning on its dreamlike theme with a sense of muted unease, The Great Lulllllll invites considerations on seeing and mis-seeing, isolation and pause.

Sanell Aggenbach’s work deals primarily with the intersection of history and private narratives by considering the process of recall and interpretation. Her work displays an accomplished virtuosity as she moves comfortably between the various disciplines of painting, printmaking and sculpture.

Since 2003, Aggenbach has focused mainly on subverted feminine tropes and feminist themes. Her sculptural work, primarily in bronze, parody Western masterpieces from Michelangelo, Henry Moore, and Warhol to Pierneef and take a refreshing look at these pivotal references from a woman’s perspective.

“My earlier works relied heavily on processing found imagery, rethinking associations and creating new fictions. These works were often an amalgamation of historic references with private narratives and forms part of a process of investigating pathologies and deconstructing the past. My primary intention is to construct subtle paradoxes by introducing a quiet humour, either formally or materially.”

Born in Cape Town in 1975, Aggenbach currently lives and works in Woodstock, Cape Town. Her explorative work has secured her many achievements including winning the Absa L’Atelier Award. Her work is represented in numerous public and private collections, including Sasol, Absa, Spier, SABC, Red Bull (Austria), the South African National Gallery, 21C Museum in Kentucky (USA) and Anglo Gold.