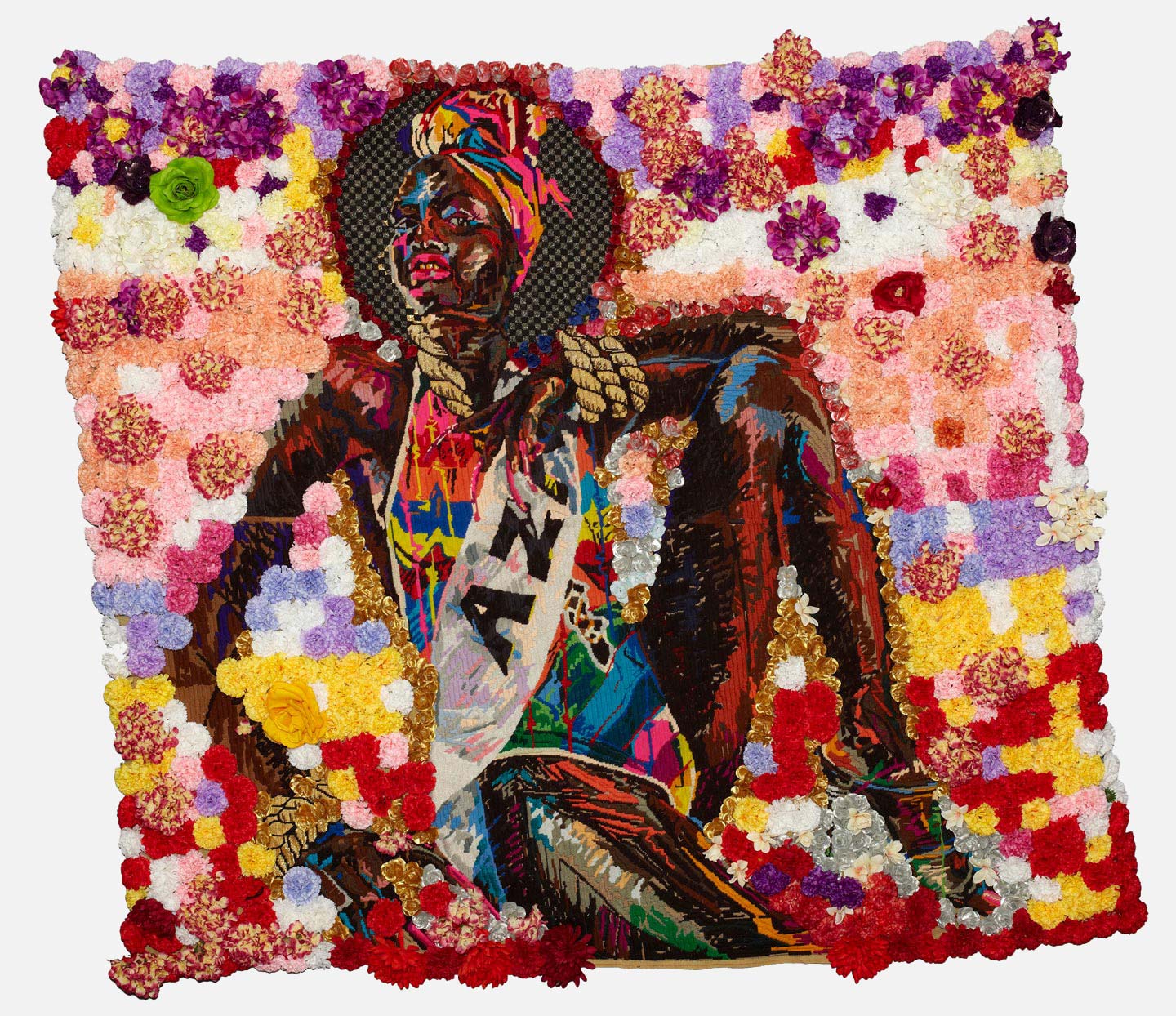 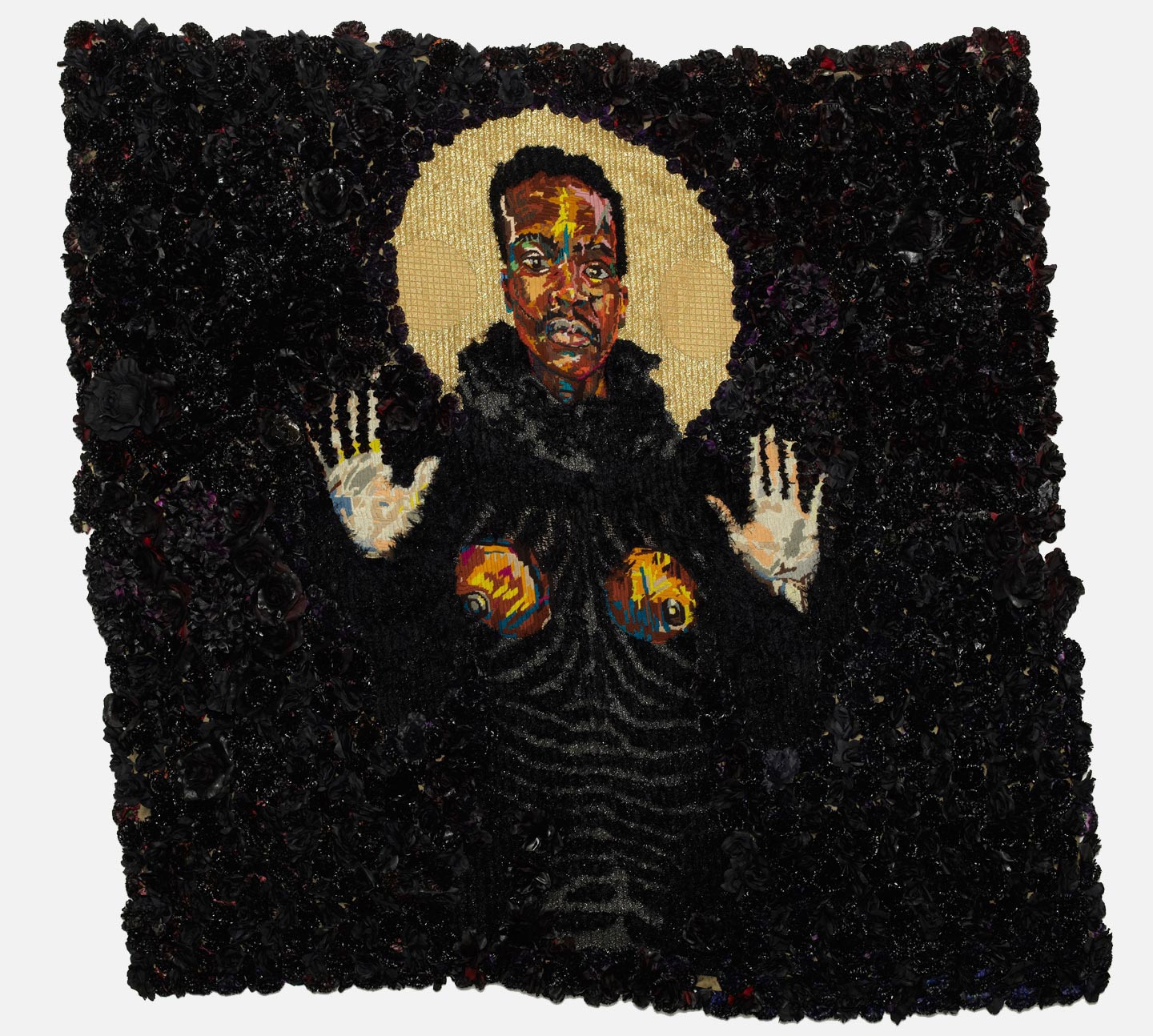 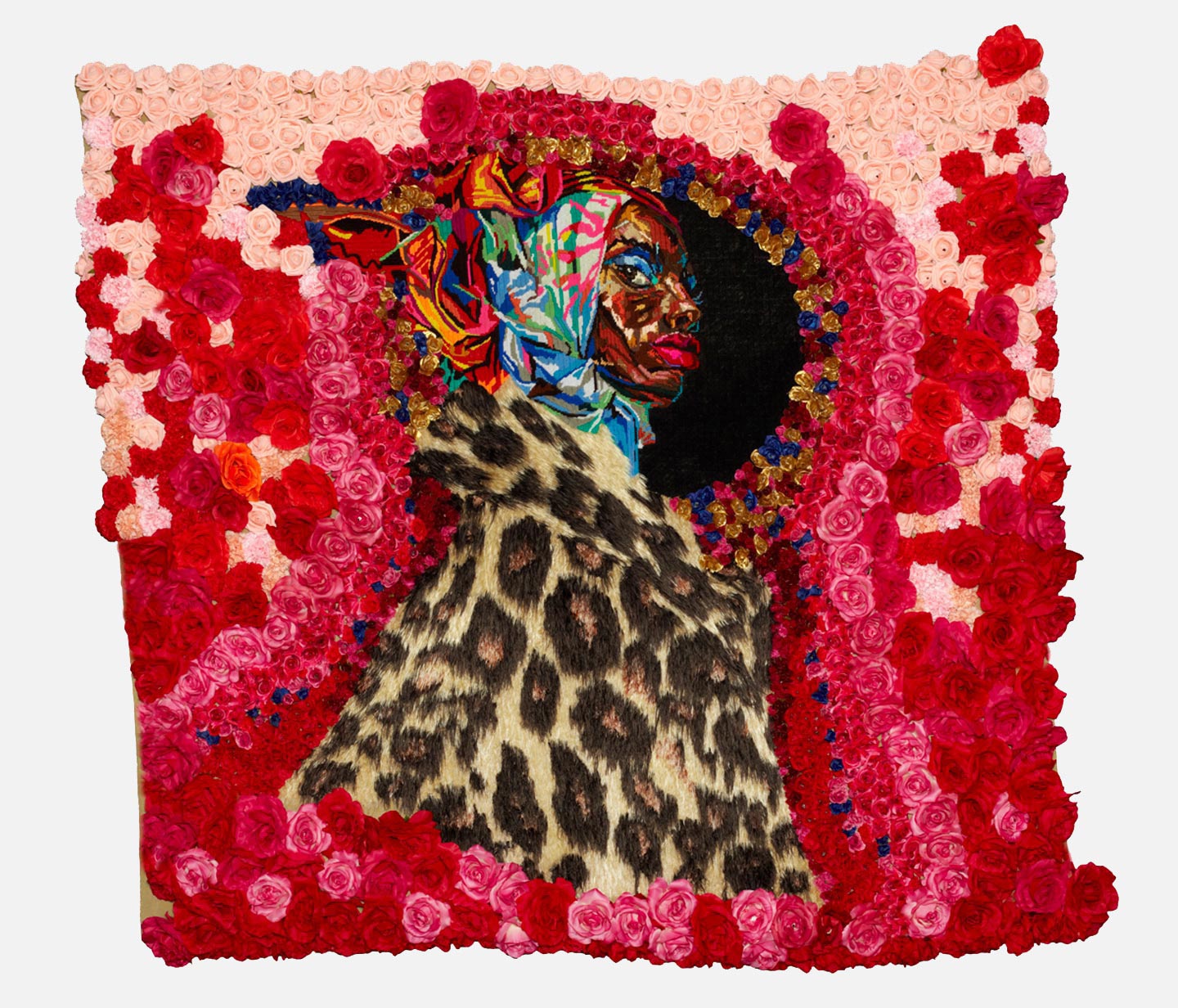 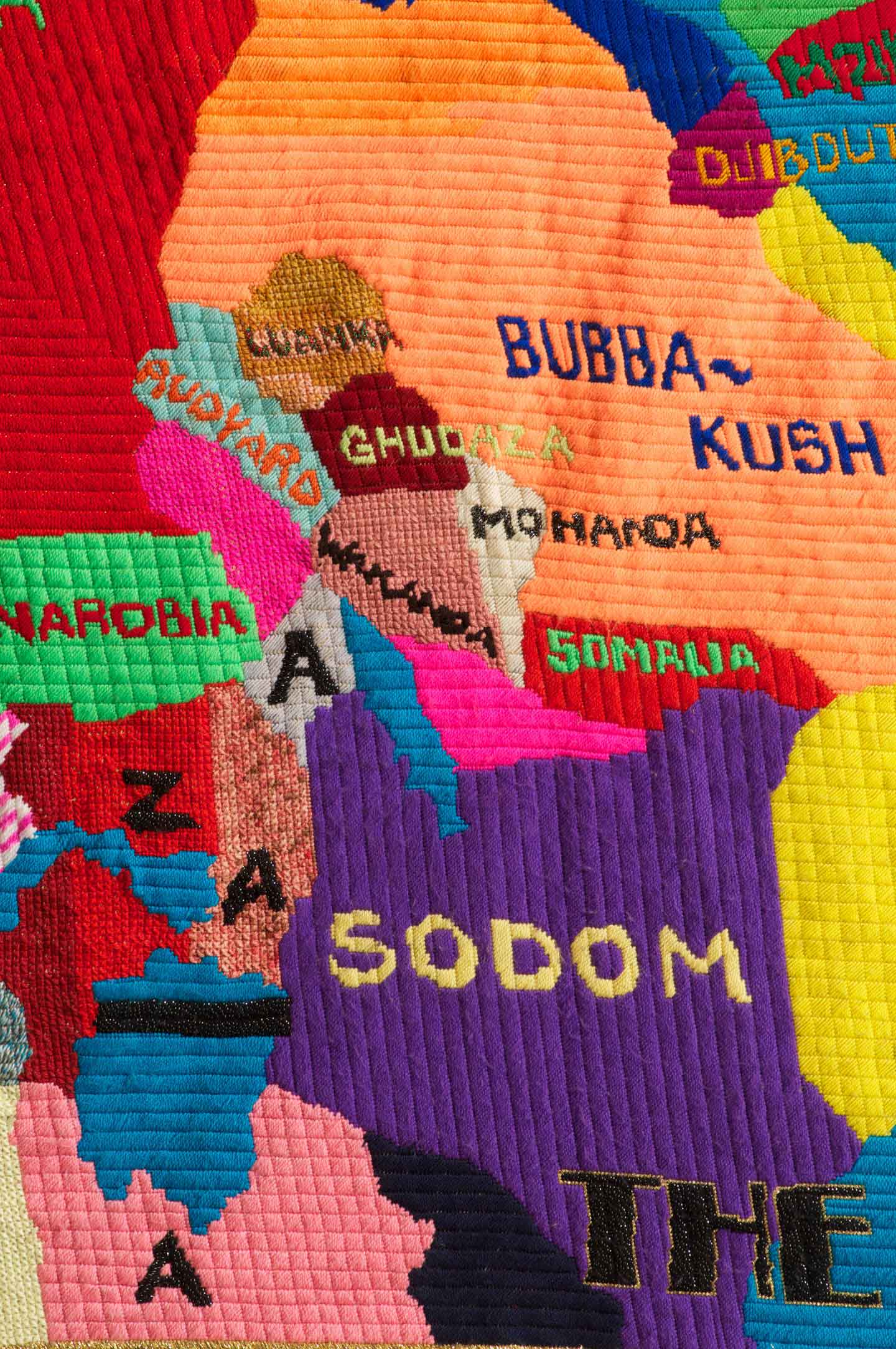 The Phoenix is a Chicken 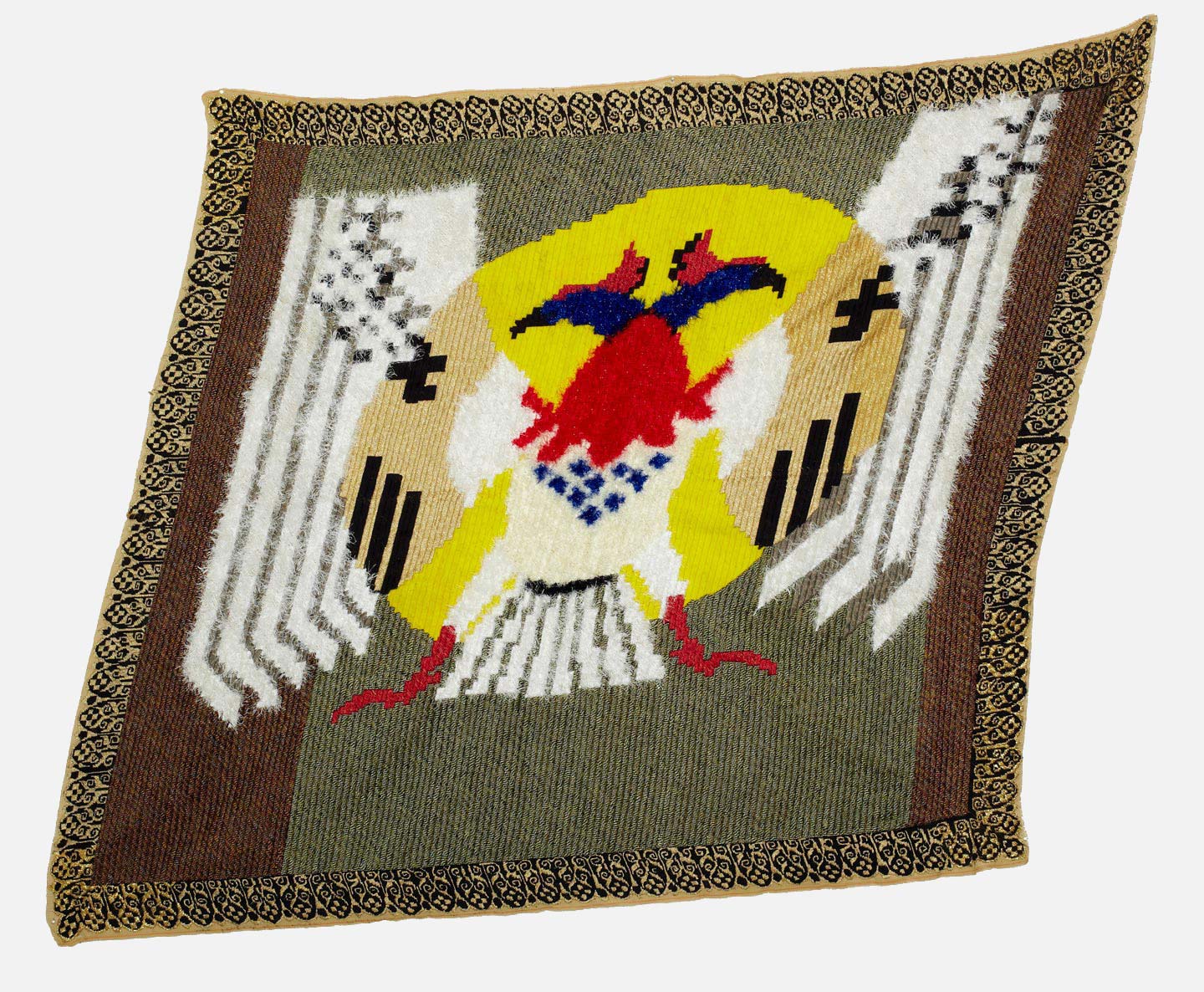 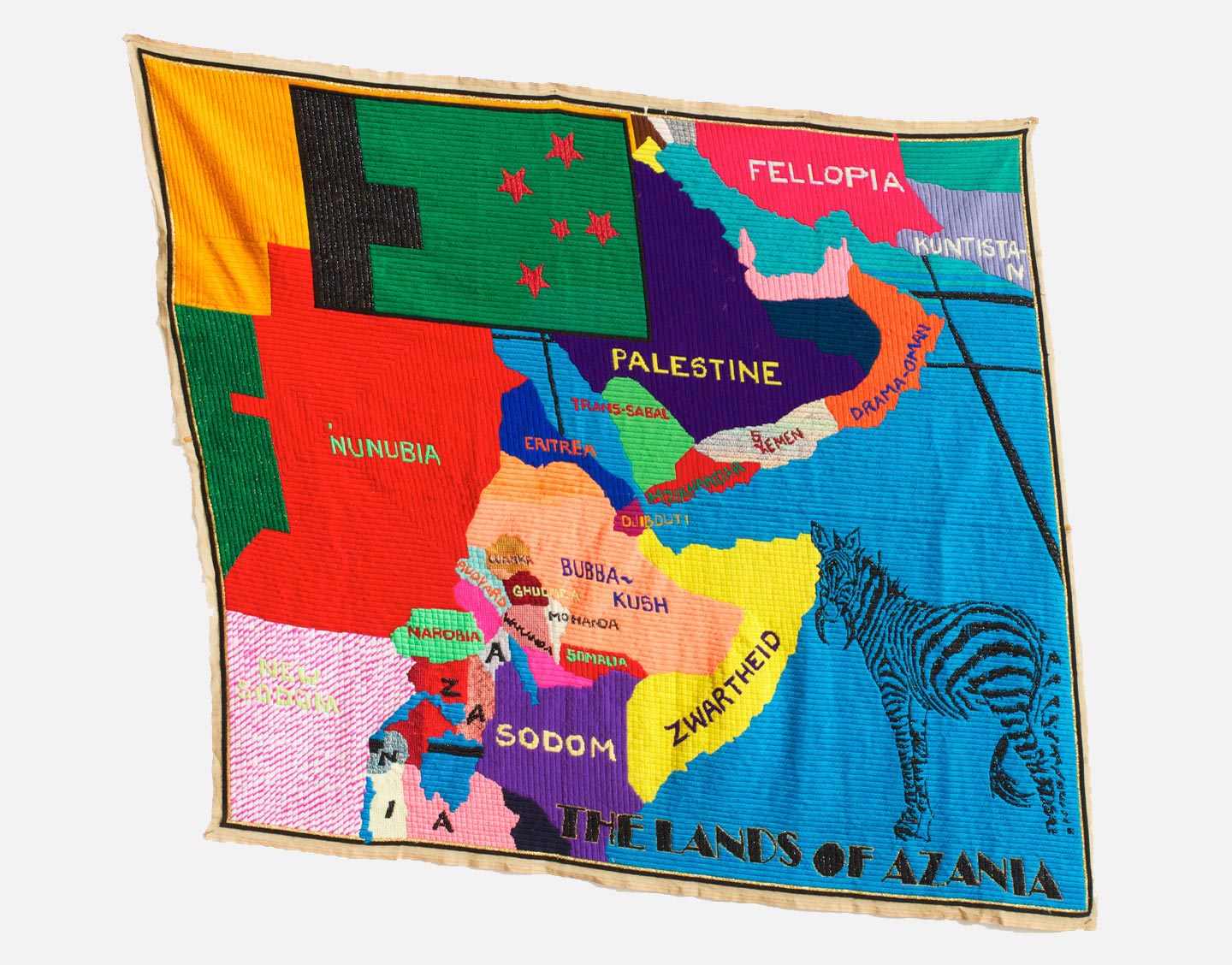 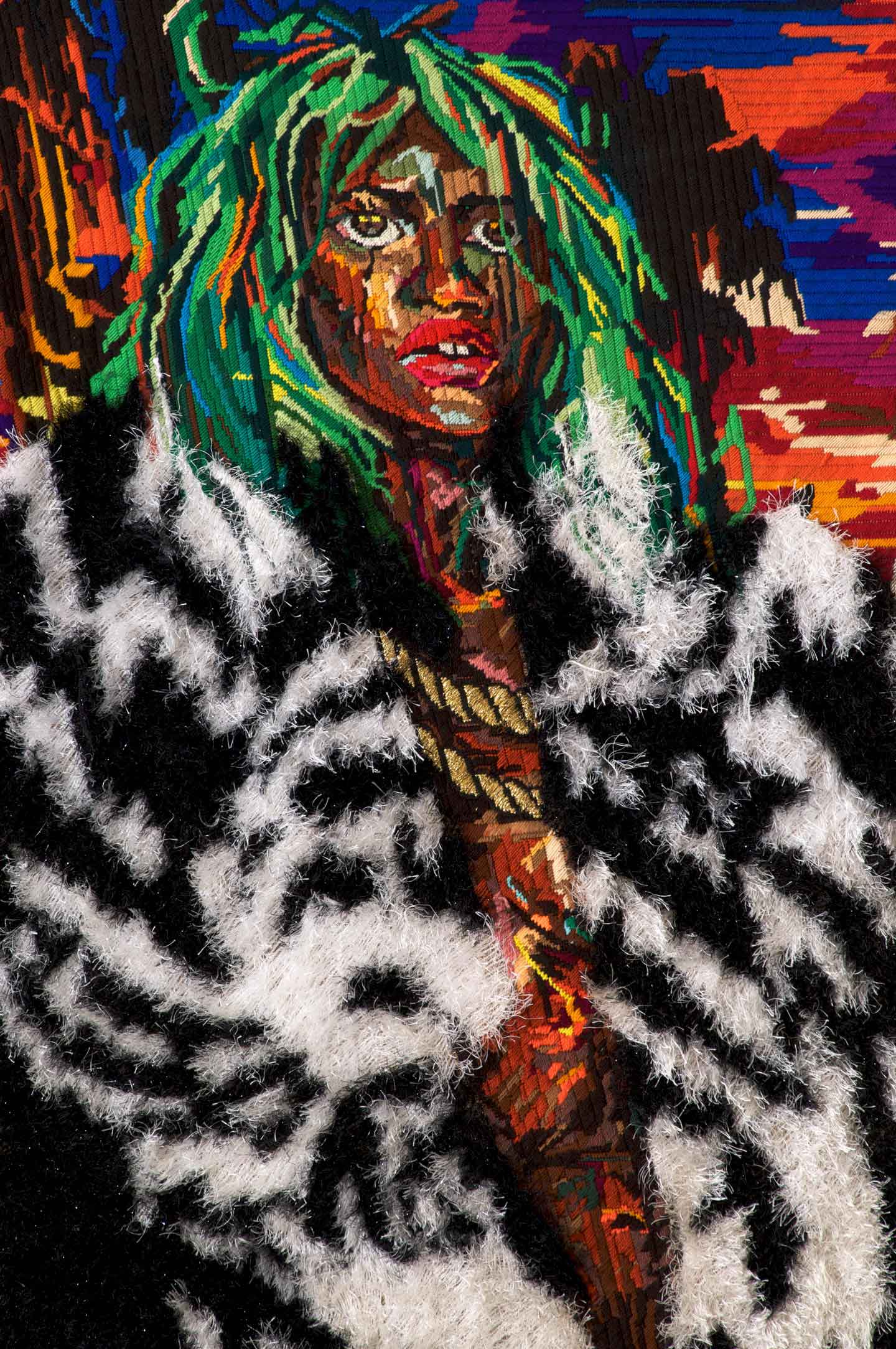 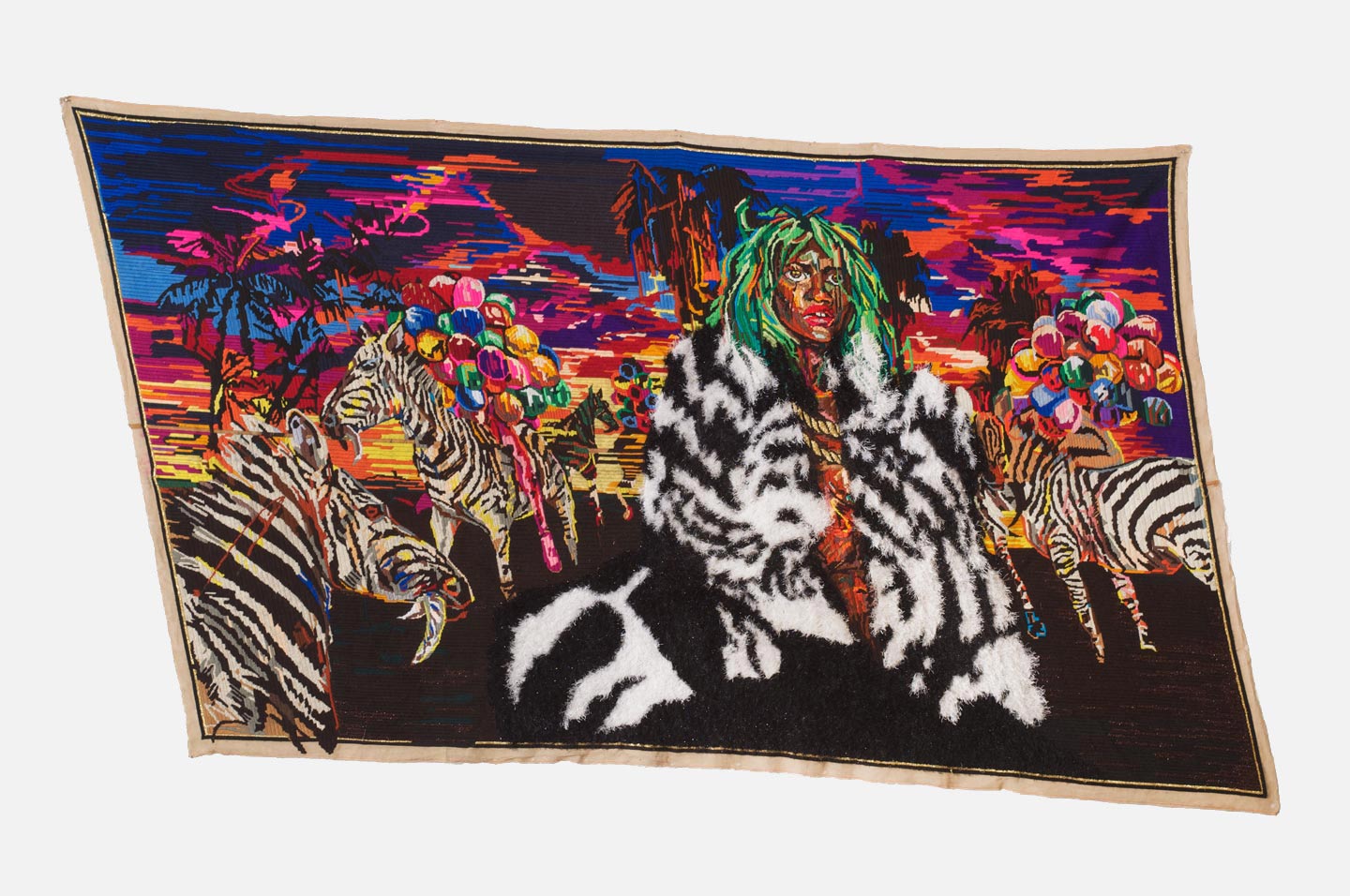 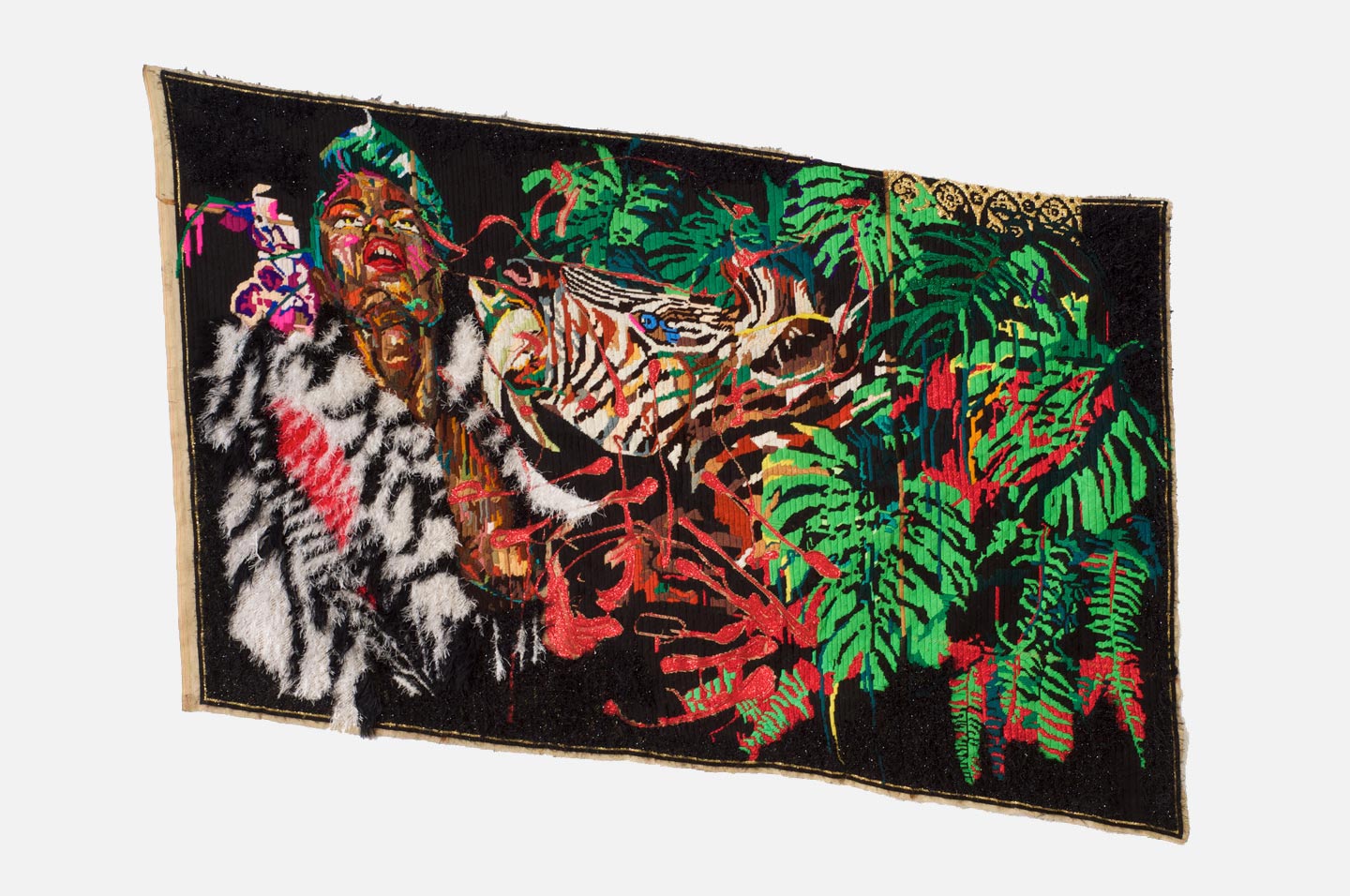 The Votive Portrait of Her 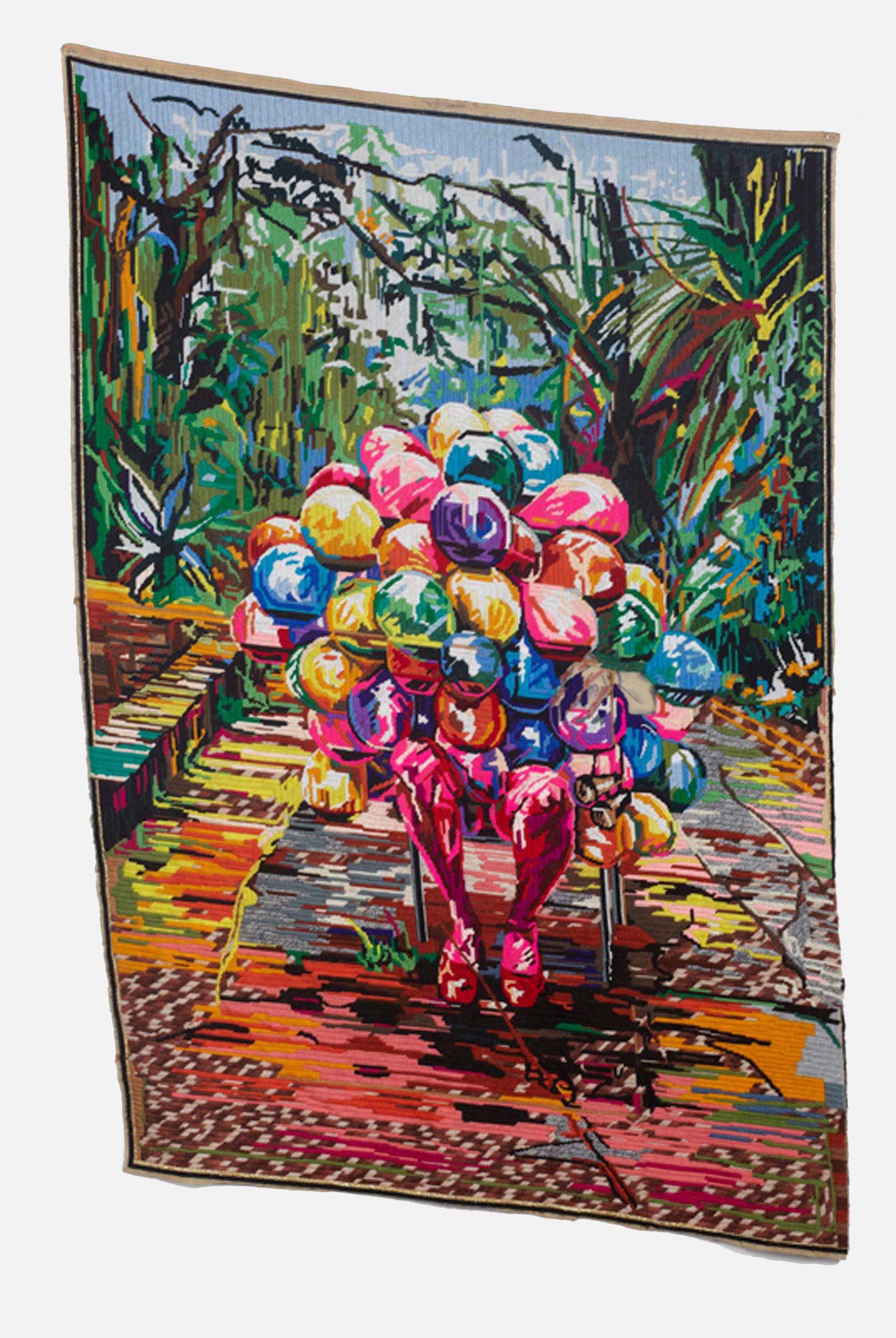 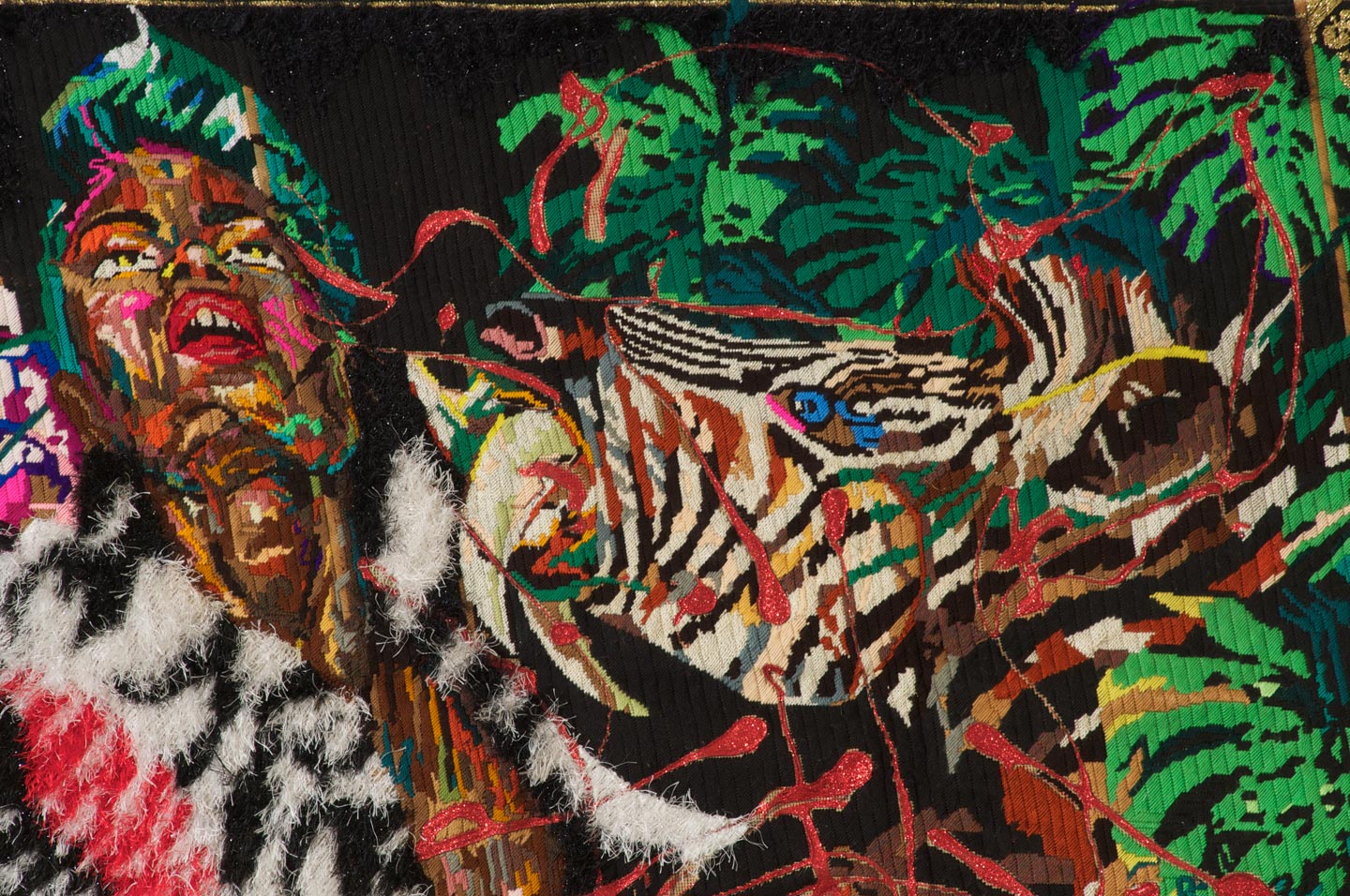 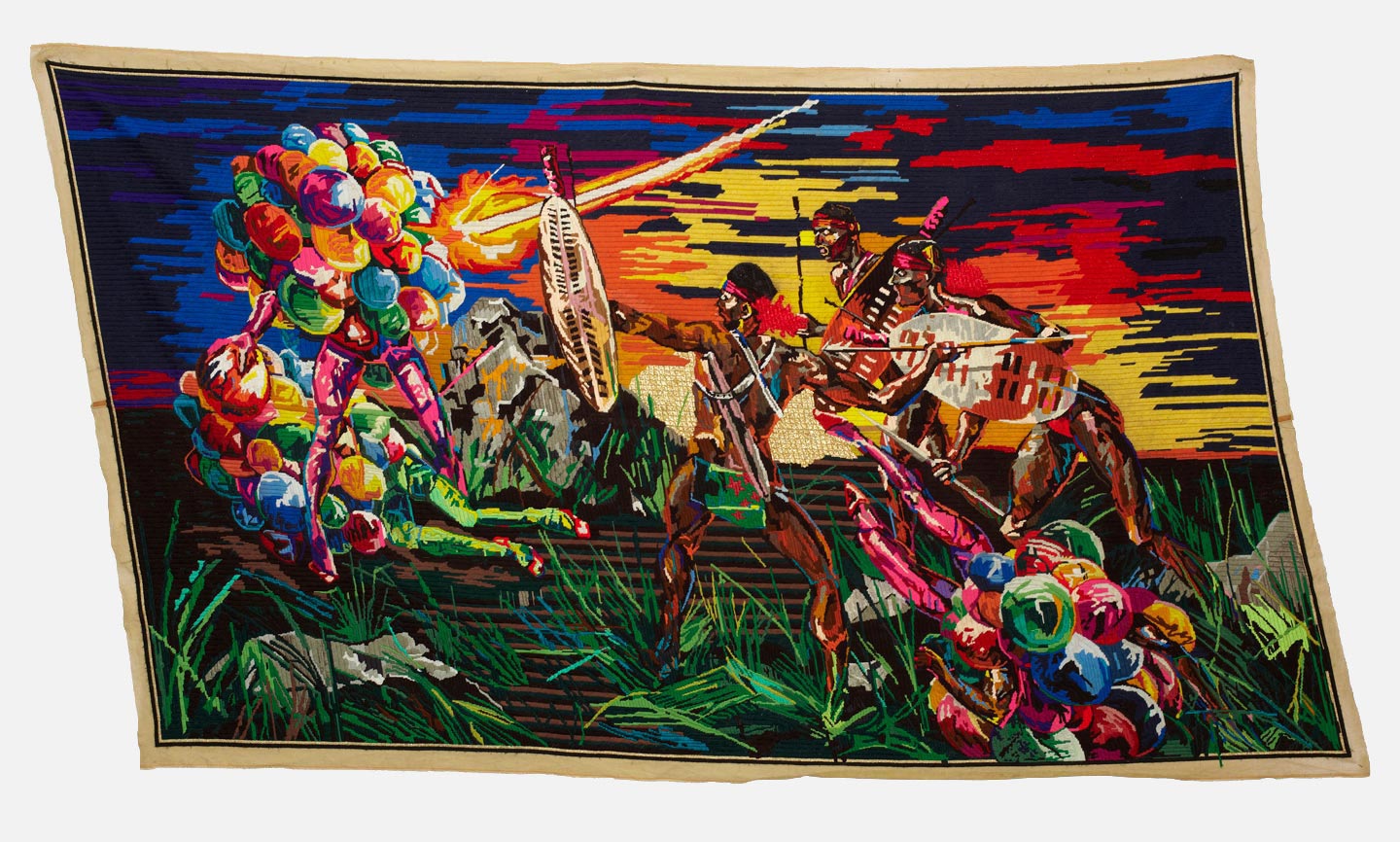 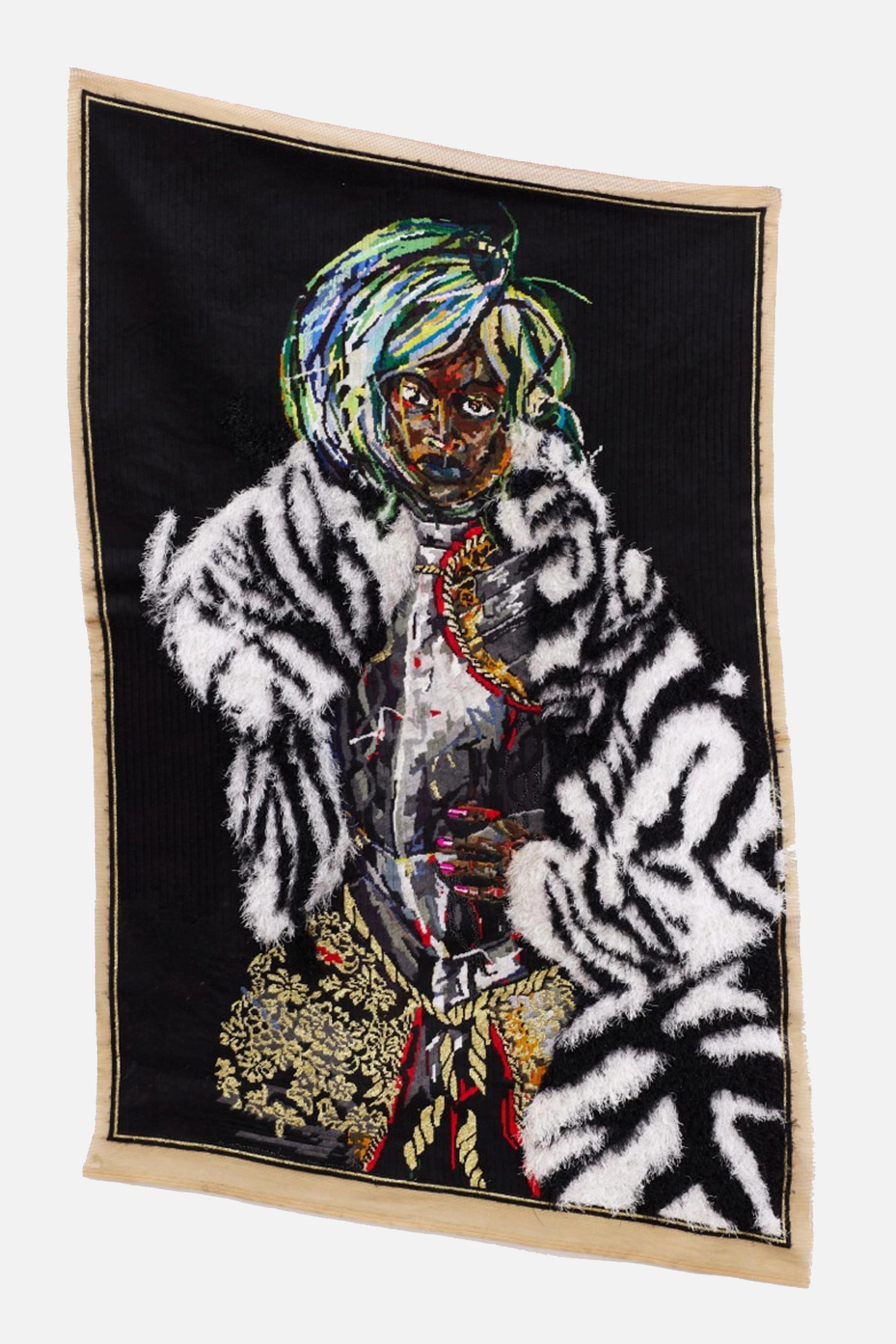 The Lord is on the Hoof (Detail) 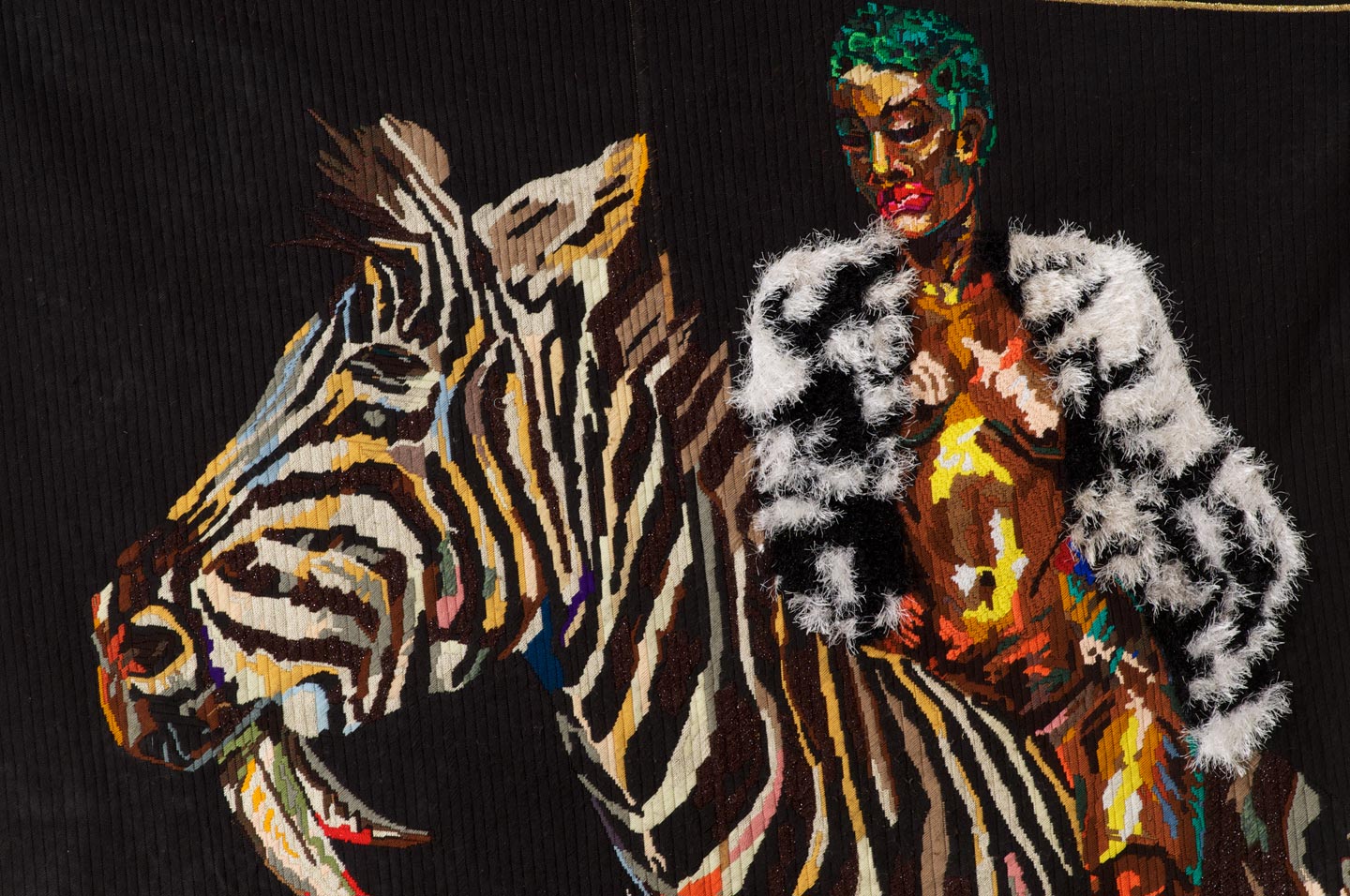 The Lord is on the Hoof 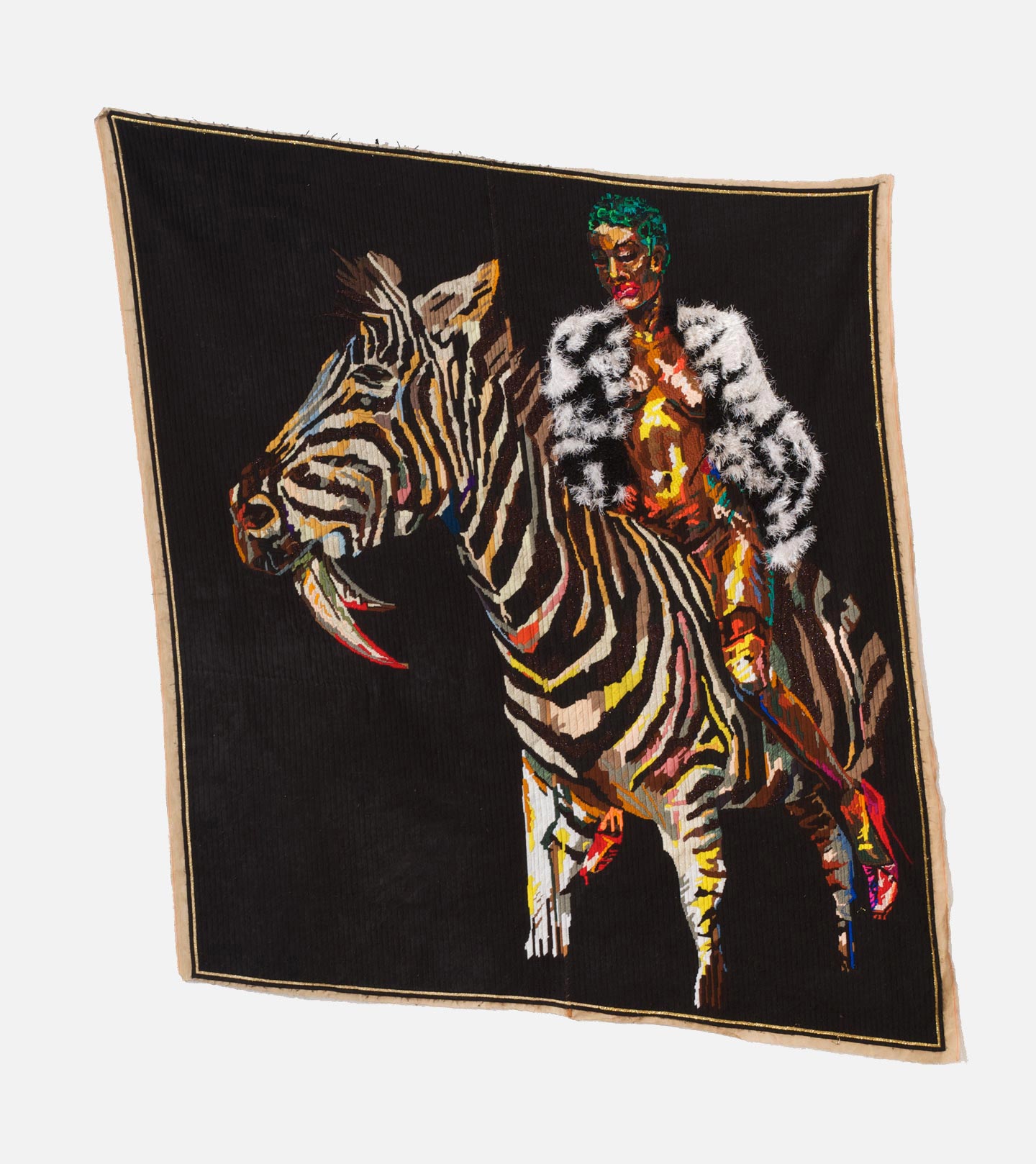 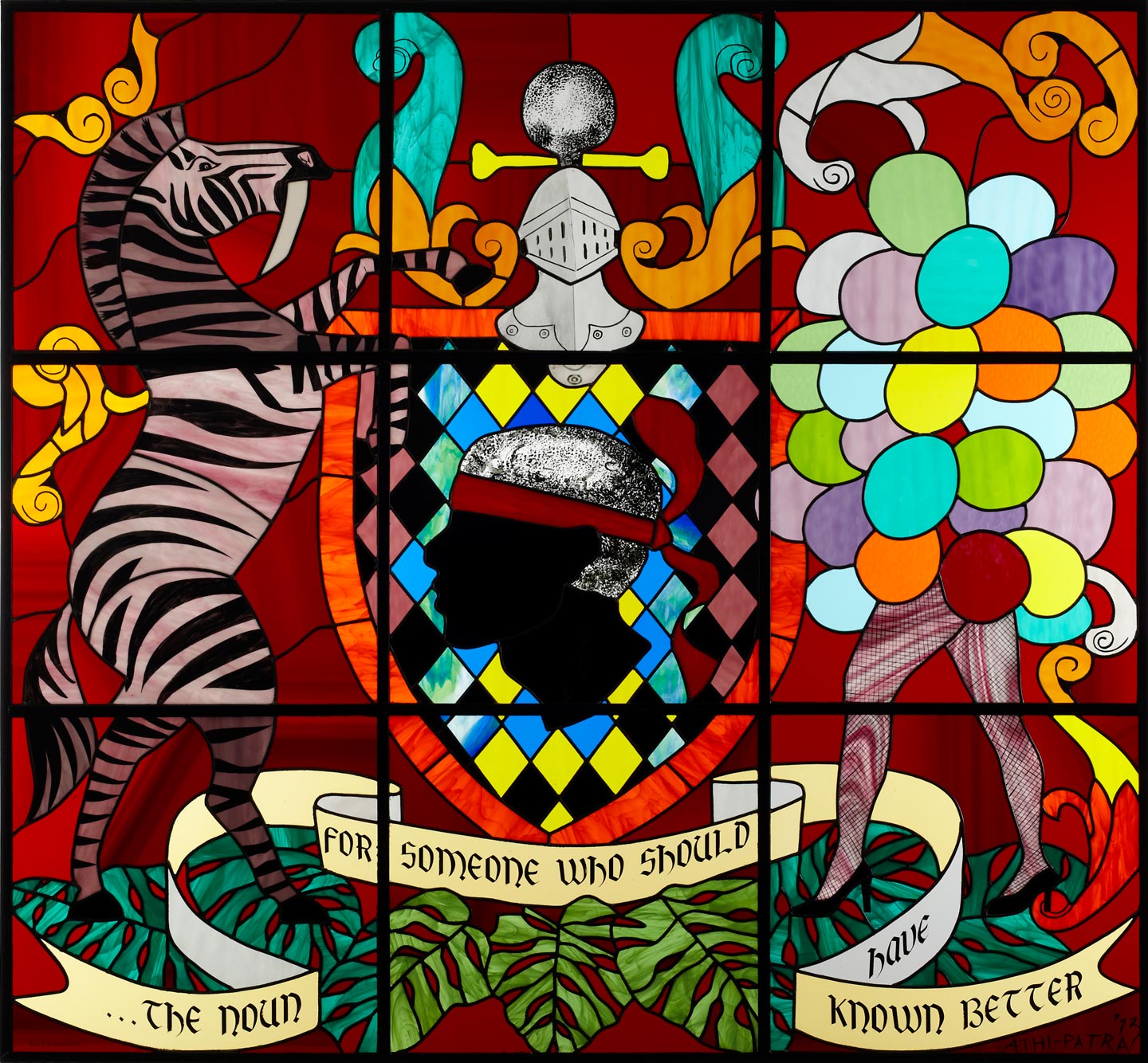 The Night of the Long Knives I 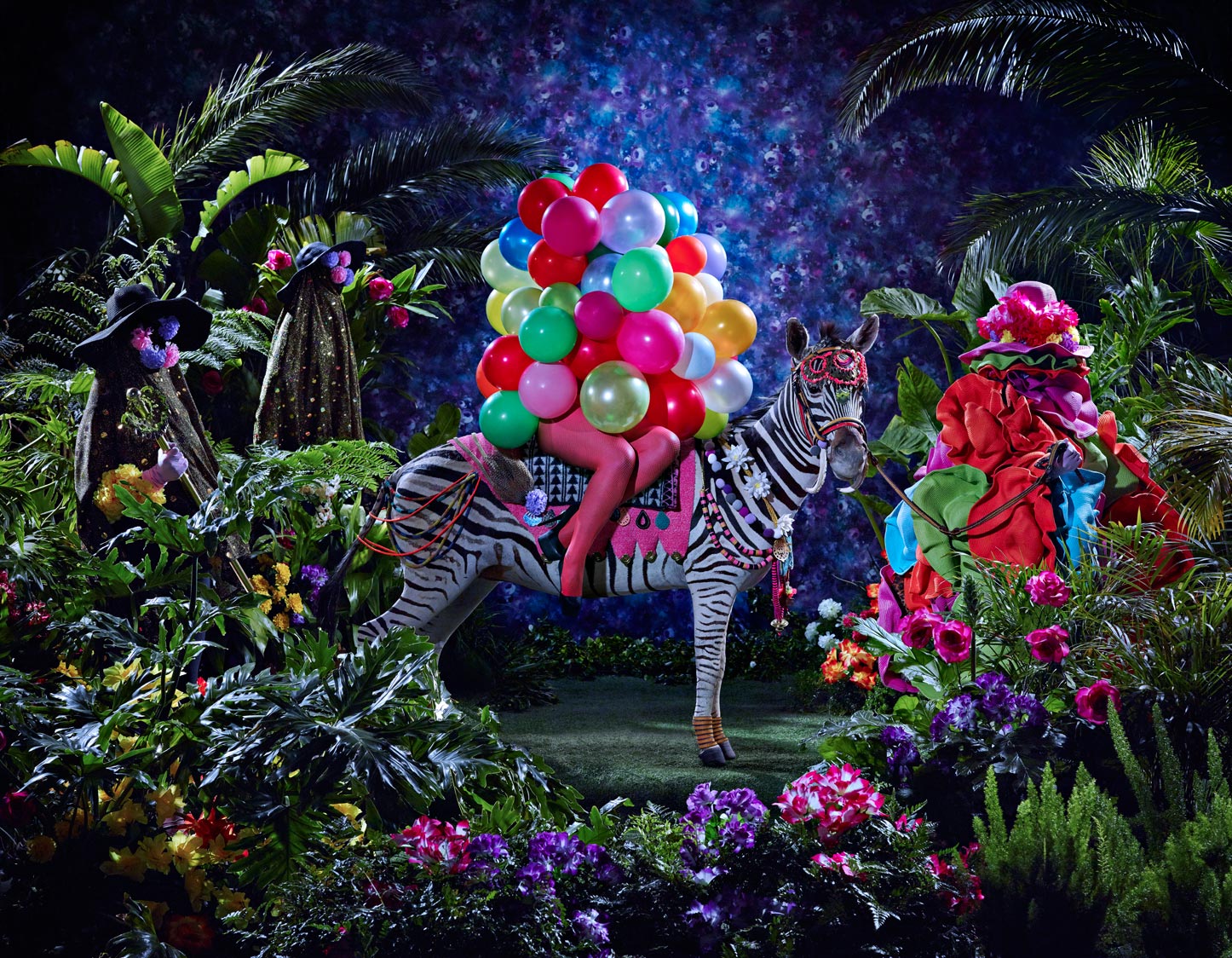 The Night of the Long Knives III 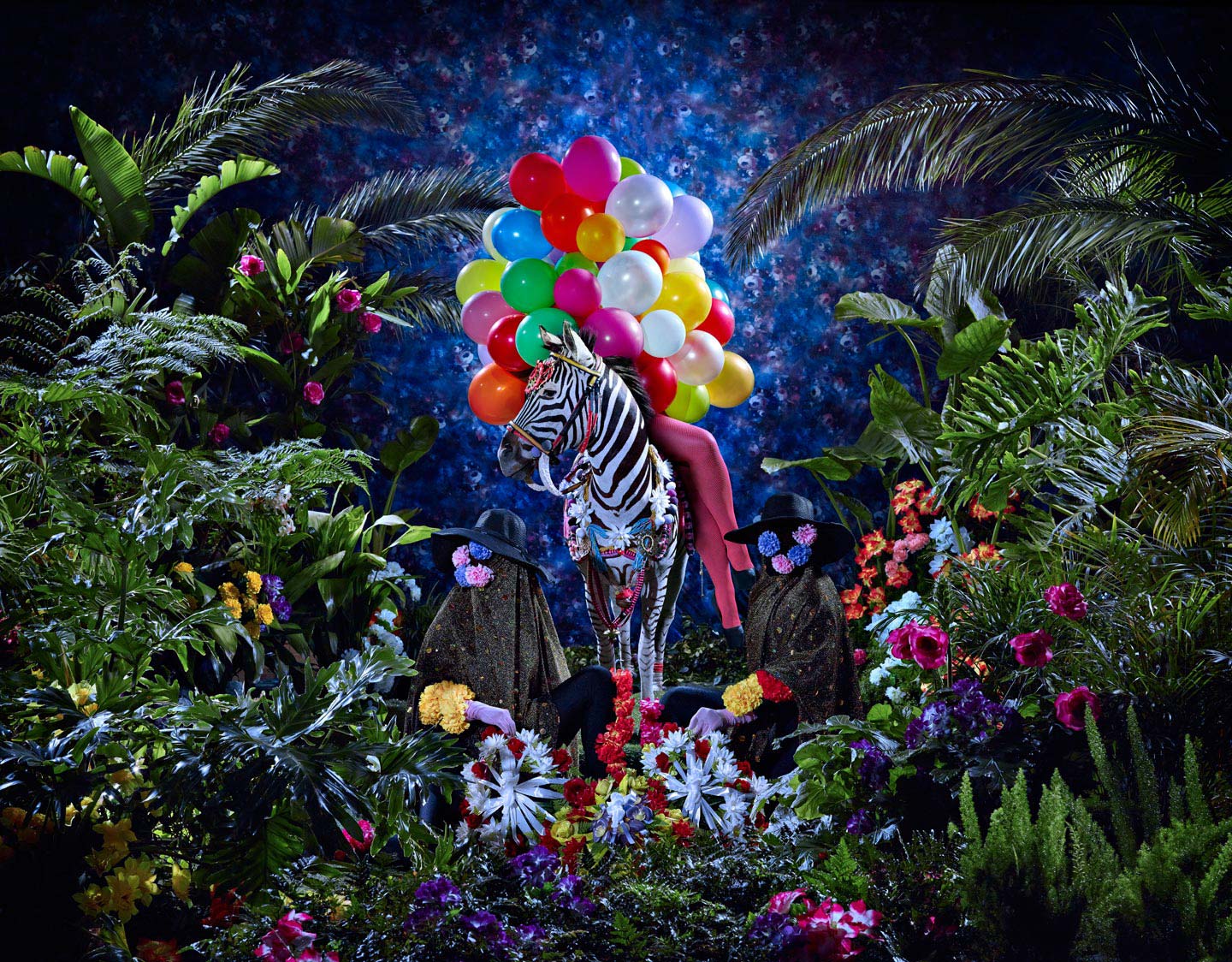 The Night of the Long Knives II 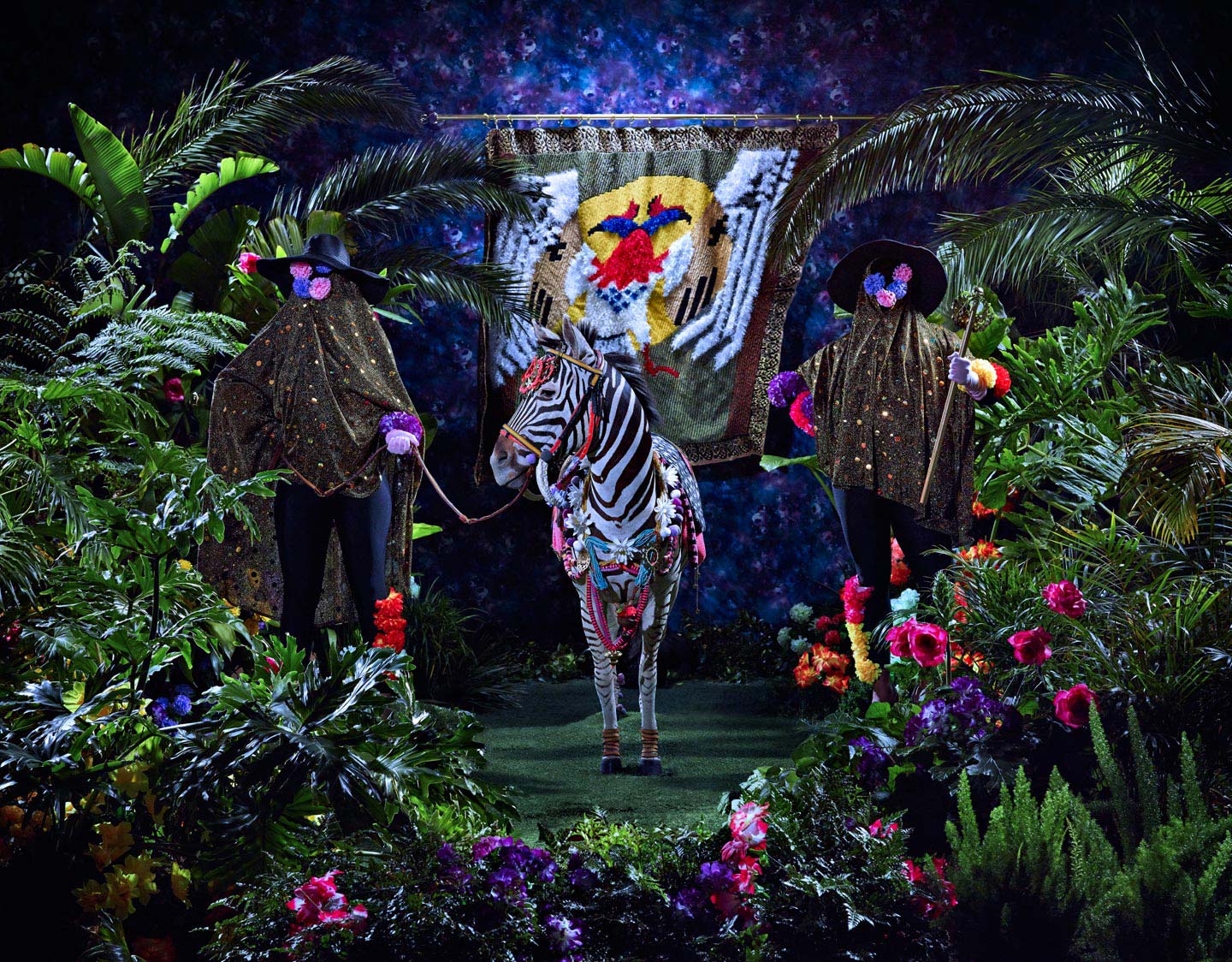 The Flower of Azania (video still) 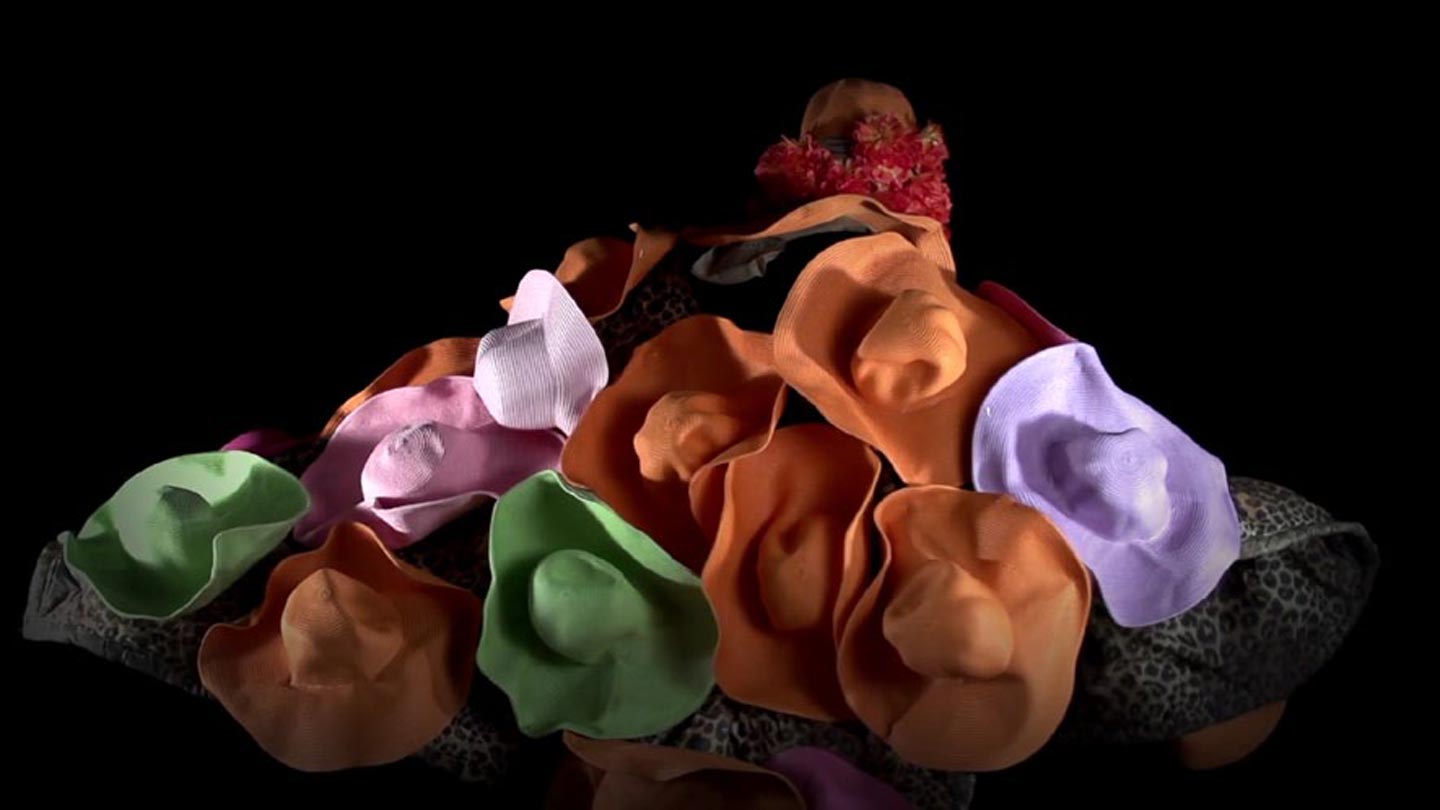 Thud of a Snowflake 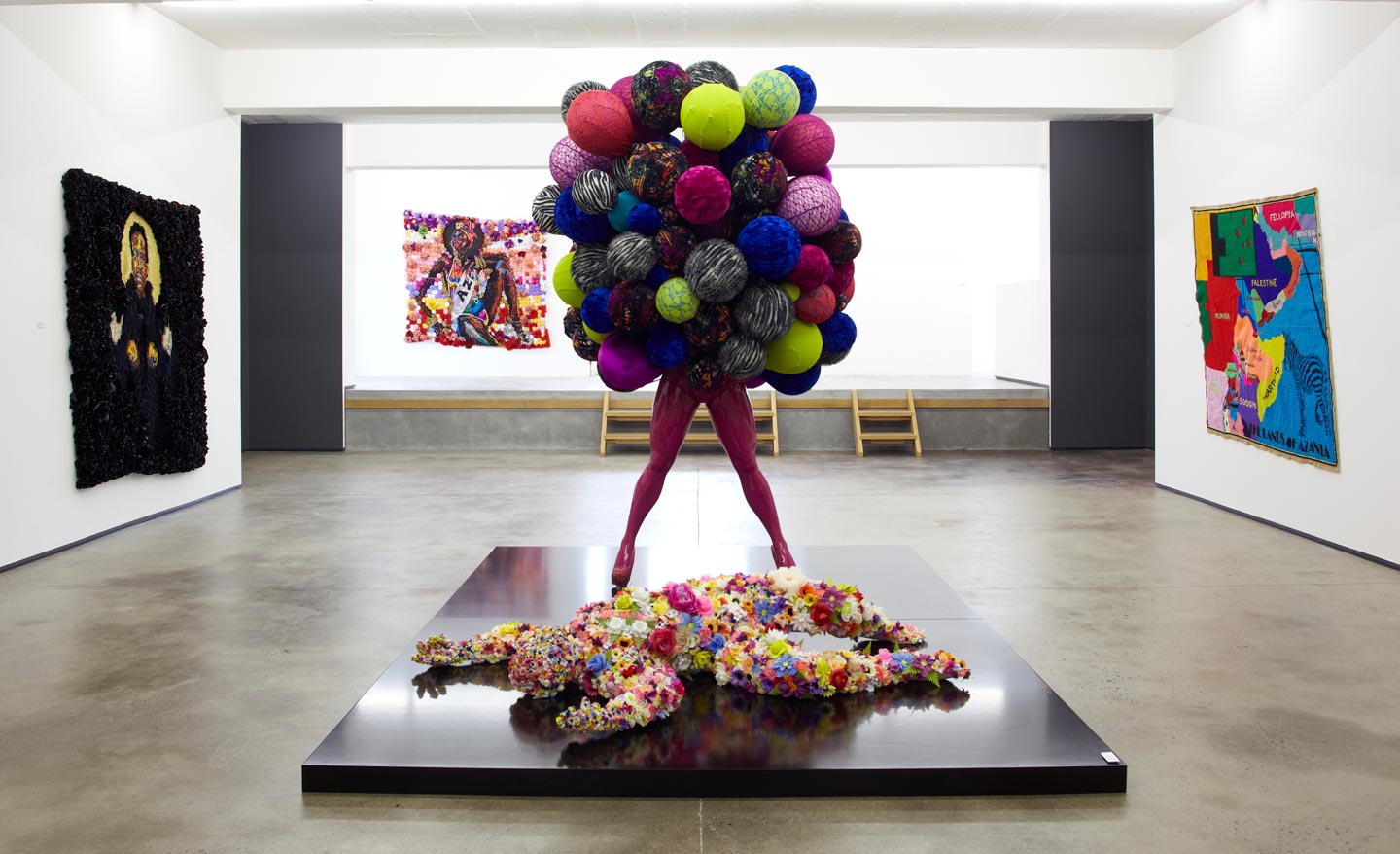 Thud of a Snowflake (Detail) 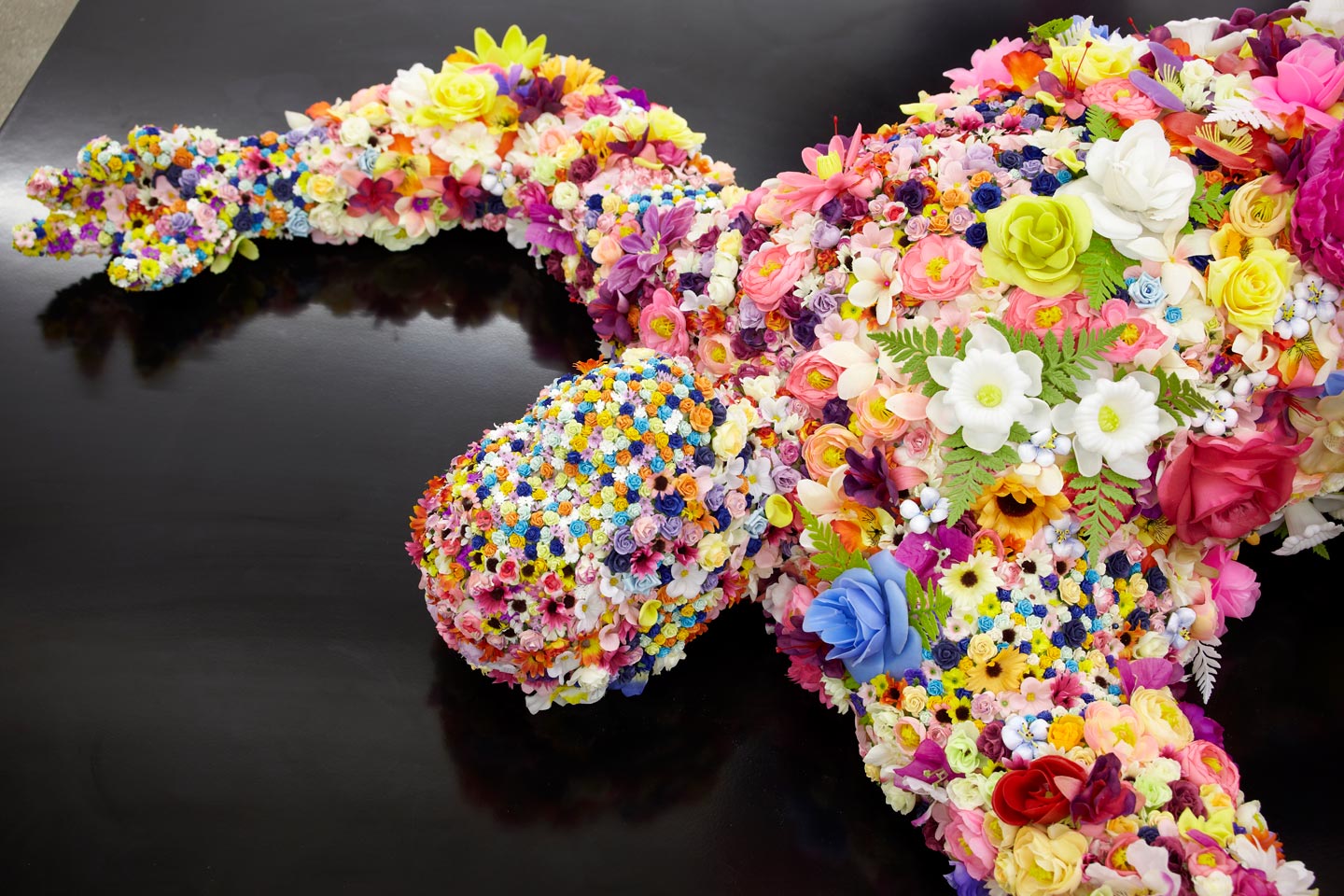 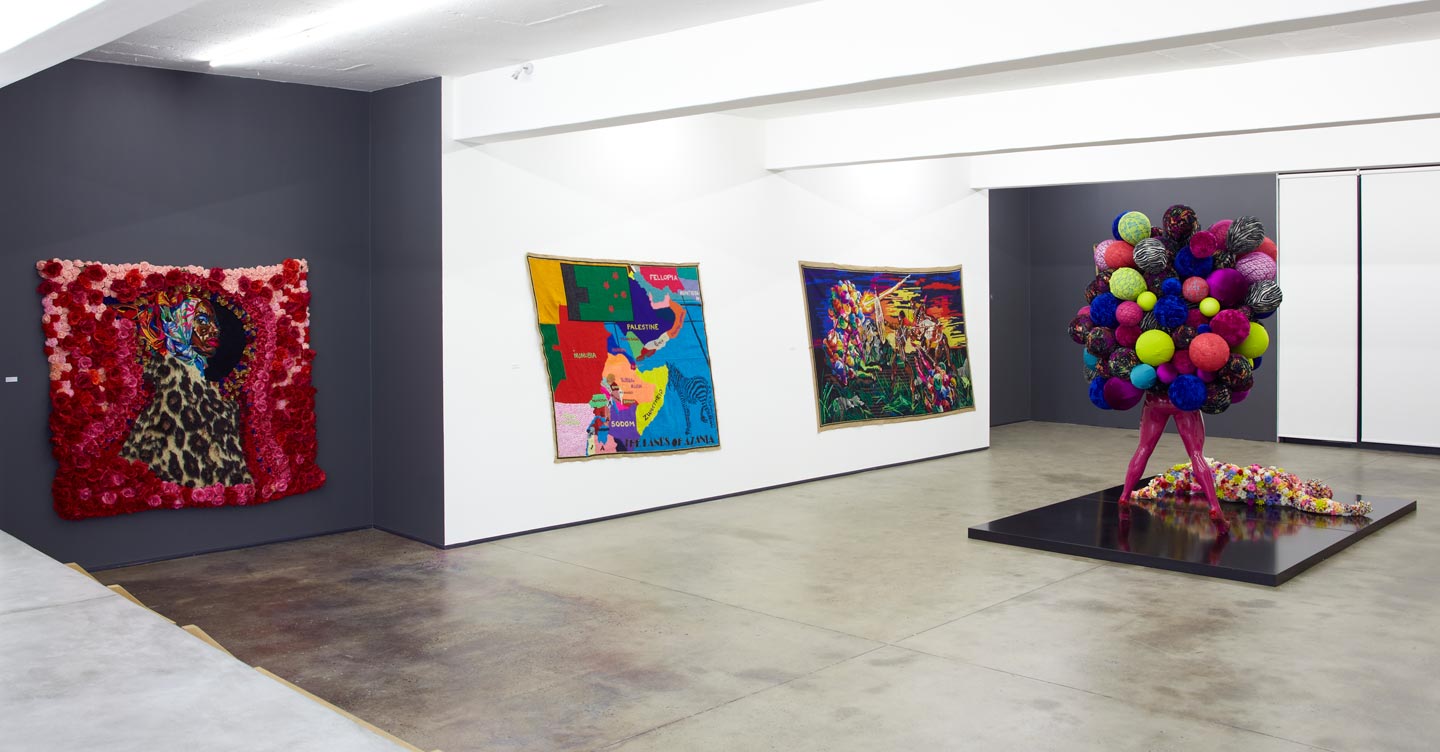 Thud of a Snowflake (Installation View) 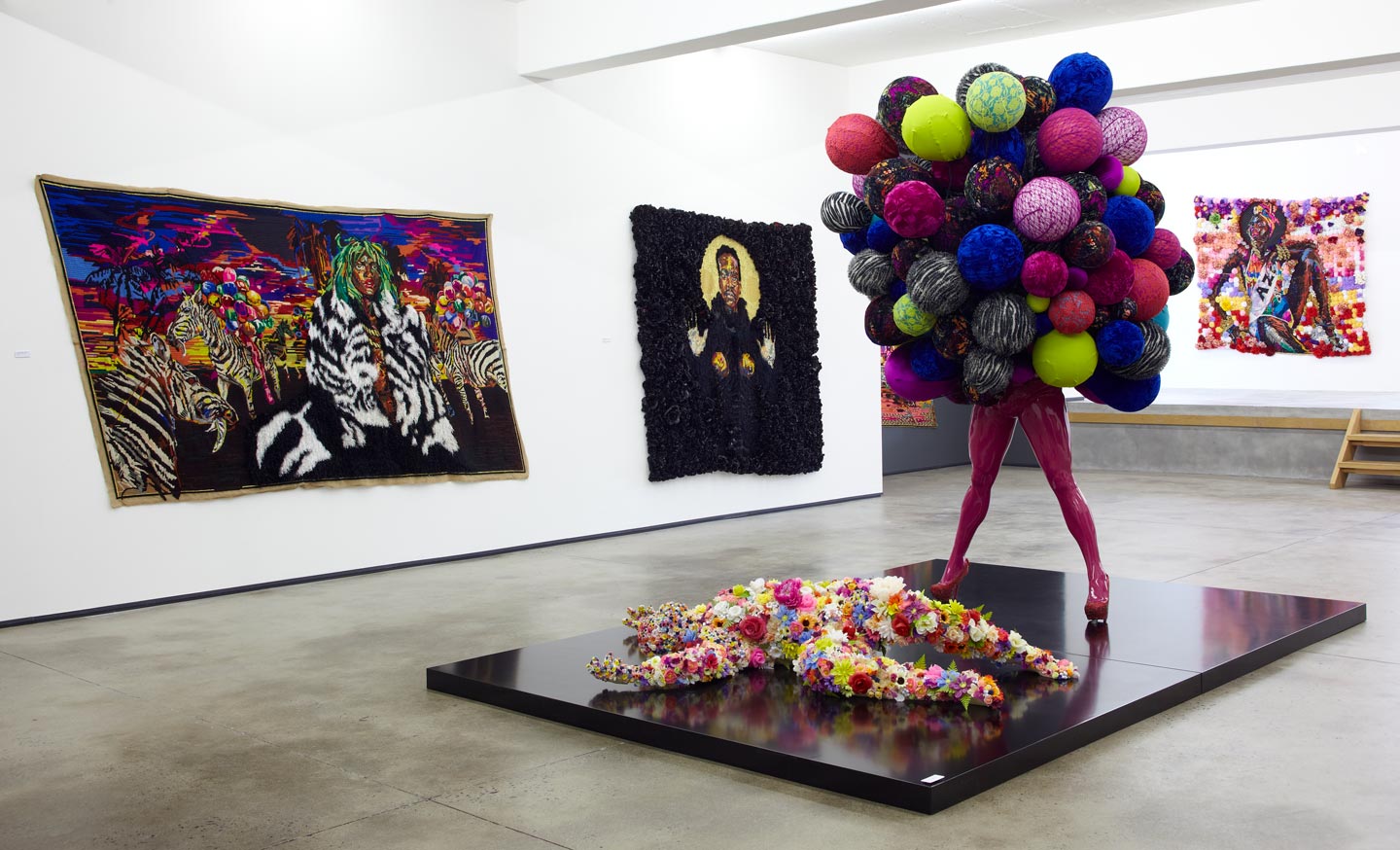 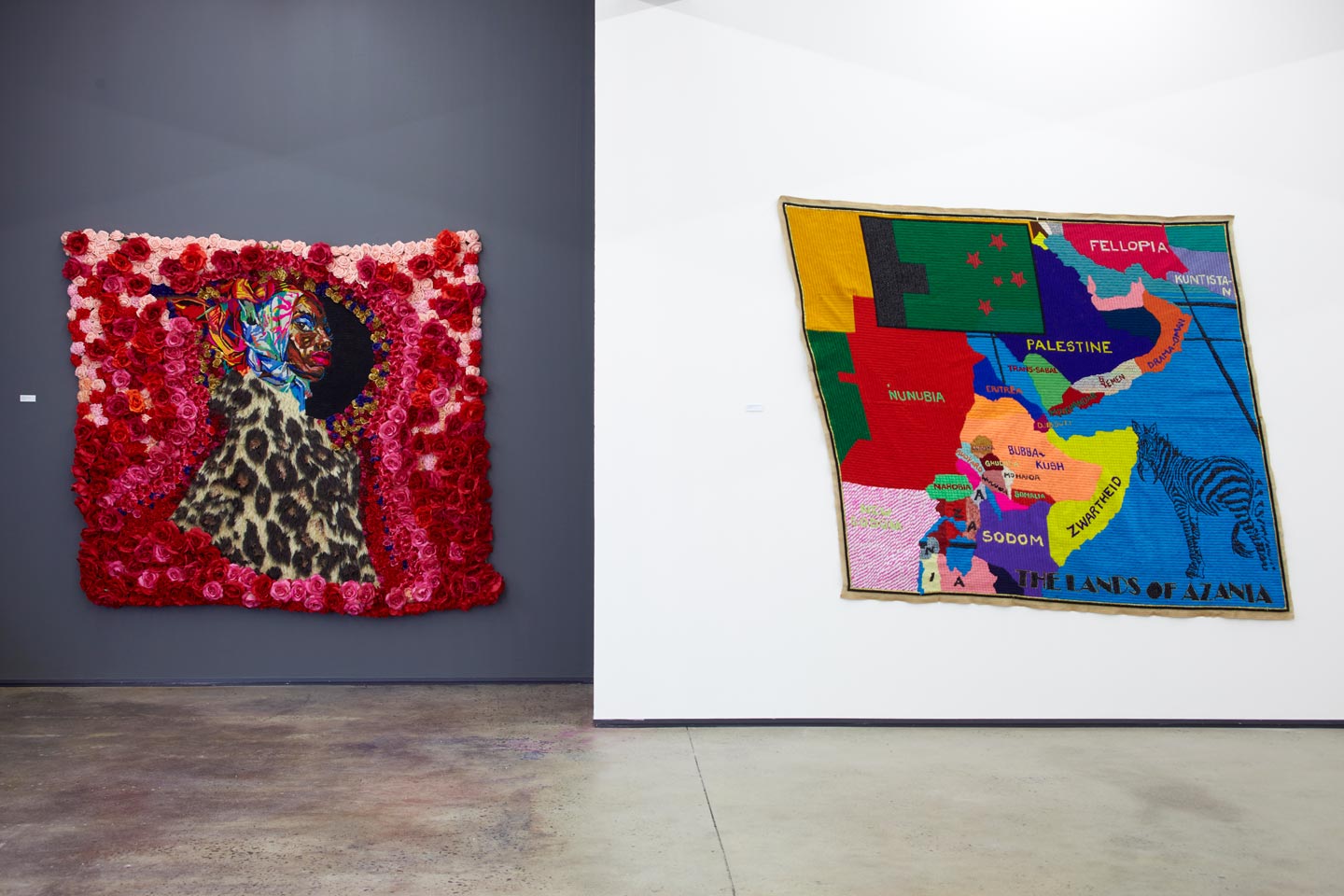 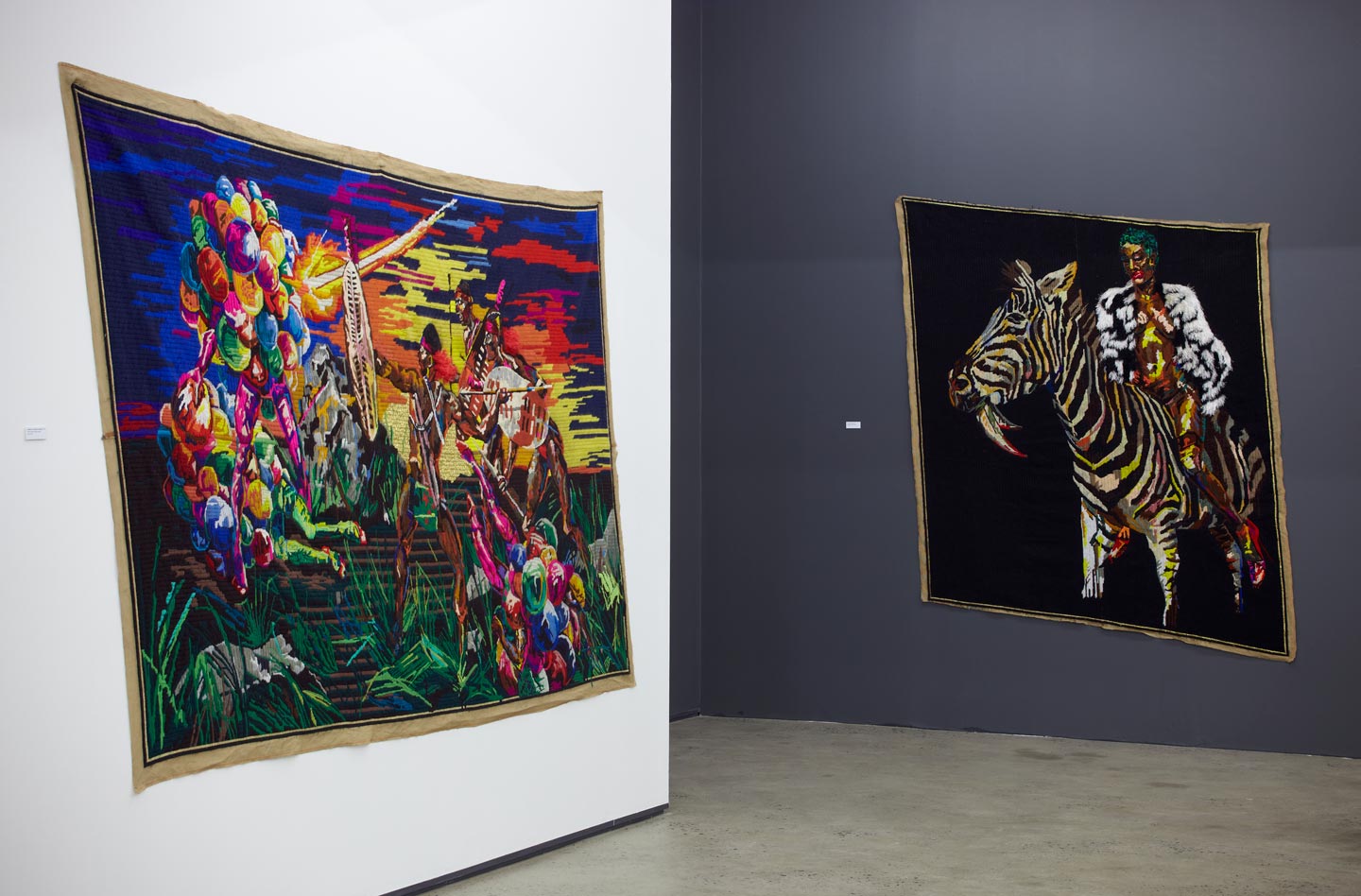 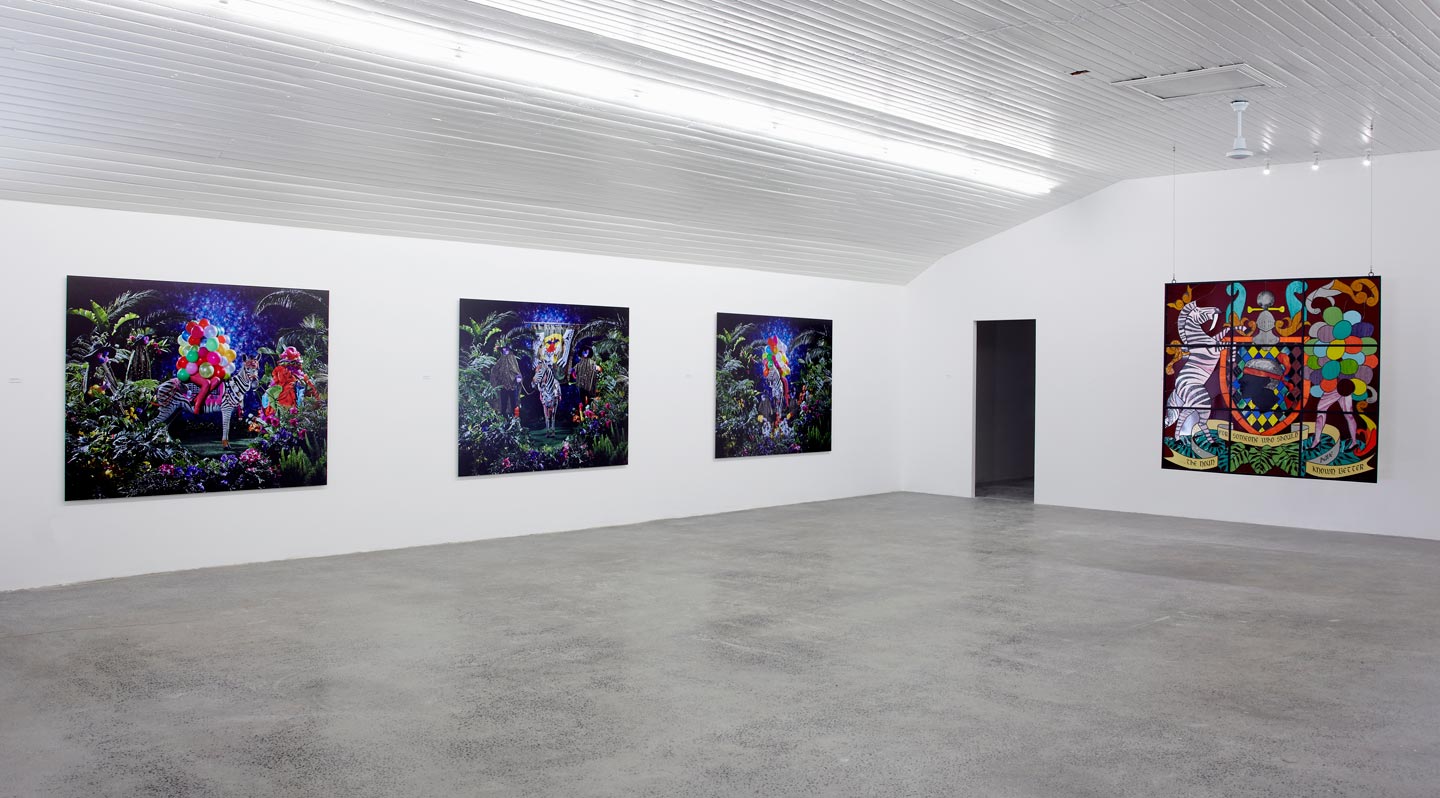 “You should think of myth as a process, as a verb ‘to myth’, then you understand the function of it much better. [That is myth’s] underlying function is to help us think about what human existence is like. But instead of closing meaning off, they push you and point you in different directions.” – Prof Mary Beard

WHATIFTHEWORLD is pleased to present The Future White Women of Azania Saga, a new exhibition by Athi-Patra Ruga.

Athi-Patra Ruga is one of a handful of artists, working in South Africa today, who has adopted the tropes of myth as a contemporary response to the post-apartheid era. Ruga has always worked with creating alternative identities that sublimate marginalized experience into something strangely identifiable.

Amoungst many notable creations to date has been the ambivalently gendered Beiruth, whose name, with its middle-eastern associations, evoked ideas related to Edward Said’s Orientalism and the Illuwane, again an ambivalent sexual entity rooted in Xhosa Mythology .

But Ruga is now bringing a new set of mythical characters a little closer to home. In The Future White Women of Azania he is turning his attention to an idea intimately linked to the apartheid era’s fiction of Azania – a Southern African decolonialised arcadia. It is a myth that perhaps seems almost less attainable now than when the Pan Africanist Congress (PAC) appropriated the name in 1965 as the signifier of an ideal future South Africa – then at least was a time to dream more optimistically largely because the idea seemed so infinitely remote.

But Ruga, in his imaginings of Azania, has stuck closer to the original myth, situating it in Eastern Africa as the Roman, Pliny the Elder, did in the first written record of the name. Here, Ruga in his map The Lands of Azania (2014-2094) has created lands suggestive of sin, of decadence and current politics. Countries named Palestine, Sodom, Kuntistan, Zwartheid and Nunubia are lands that reference pre-colonial, colonial and biblical regions with all their negative and politically disquieting associations. However, in what seems like something of a response to the ‘politically’ embroidered maps of the Italian artist Alighiero e Boetti, Ruga infers that the politicization of words are in a sense prior to the constructed ideology of the nation state.

What is more Azania is a region of tropical chromatic colours, which is populated with characters whose identities are in a state of transformation. At the centre of the panoply of these figures stands The Future White Woman whose racial metamorphosis, amongst a cocoon of multi-coloured balloons, suggests something disturbing, something that questions the processes of a problematic cultural assimilation. And it is here that the veracity of the myth of a future arcadia is being disputed if not entirely rejected.

To be sure, unlike Barthes’s suggestion in his essay ‘Myth Today’, Ruga is not creating myth in an act that depoliticizes, simplifying form in order to perpetuate the idea of an erroneous future ‘good society’. Instead, placing himself in amongst the characters in a lavish self portrait Ruga imagines himself into the space of the clown or jester (much like the Rococo painter Watteau did in his painting ‘Giles’), into the space of interpreter as well as a cultural product of the forces outside of his own control.

Ruga’s Azania is a world of confusing transformations whose references are Rococo and its more modern derivative Pop. But whatever future this myth is foreshadowing, with its wealth, its tropical backdrop, its complicated and confusing identities, it is not a place of peaceful harmony – or at least not one that is easily recognizable. As Ruga adumbrated at a recent studio visit, his generation’s artistic approach of creating myths or alternative realities is in some ways an attempt to situate the traumas of the last 200 years in a place of detachment. That is to say at a farsighted distance where their wounds can be contemplated outside of the usual personalized grief and subjective defensiveness.

Click here to read the exhibition article featured on Another Africa

Click here to read Mary Corrigall’s review of the exhibition

Click here to read the exhibition article featured on The Guardian

Click here to see the exhibition featured on Artthrob

Click here to see the exhibition featured on Mr Doveton

Click here to see the pictures from the exhibition opening featured on Skattie, What are you Wearing?