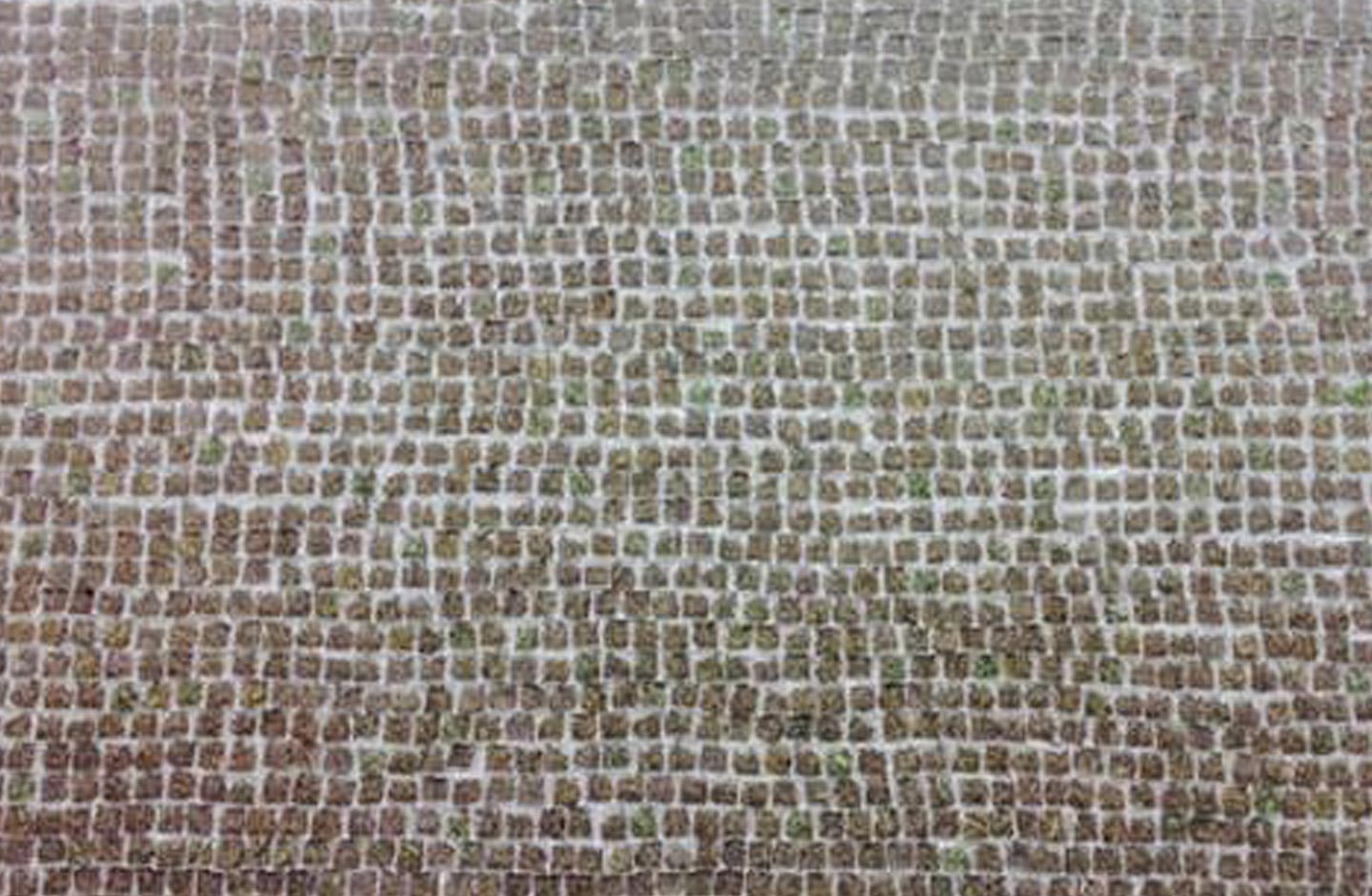 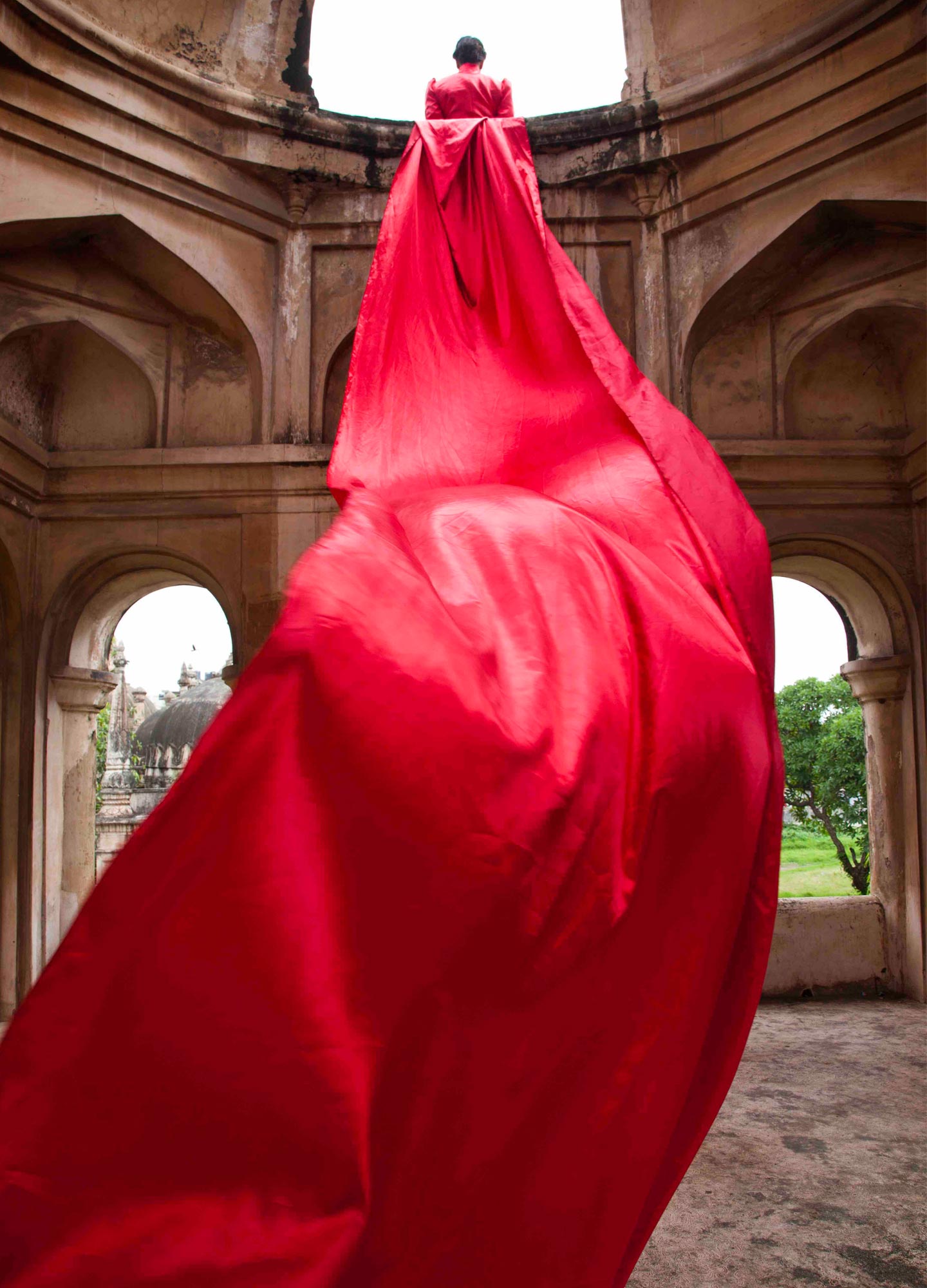 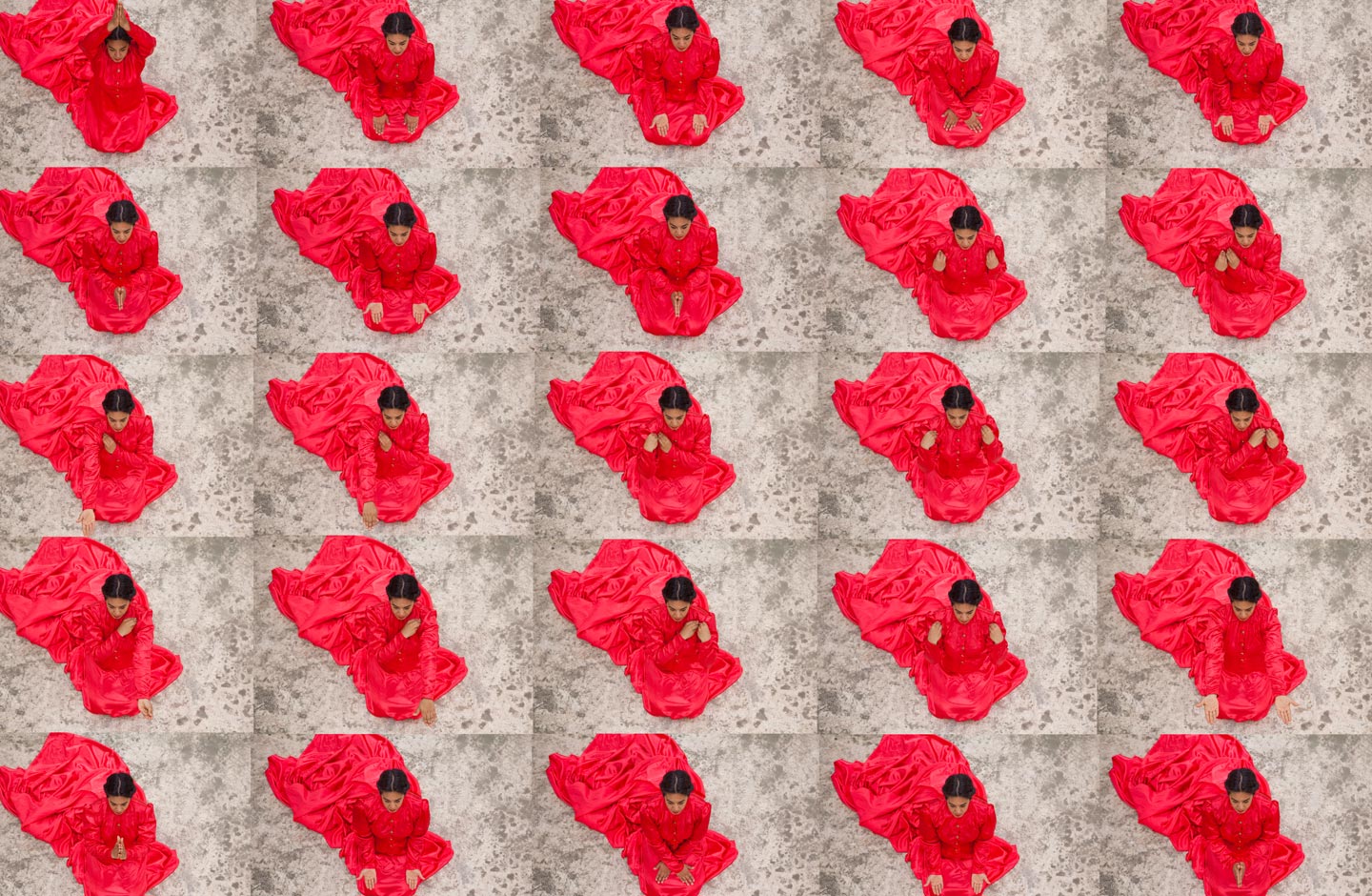 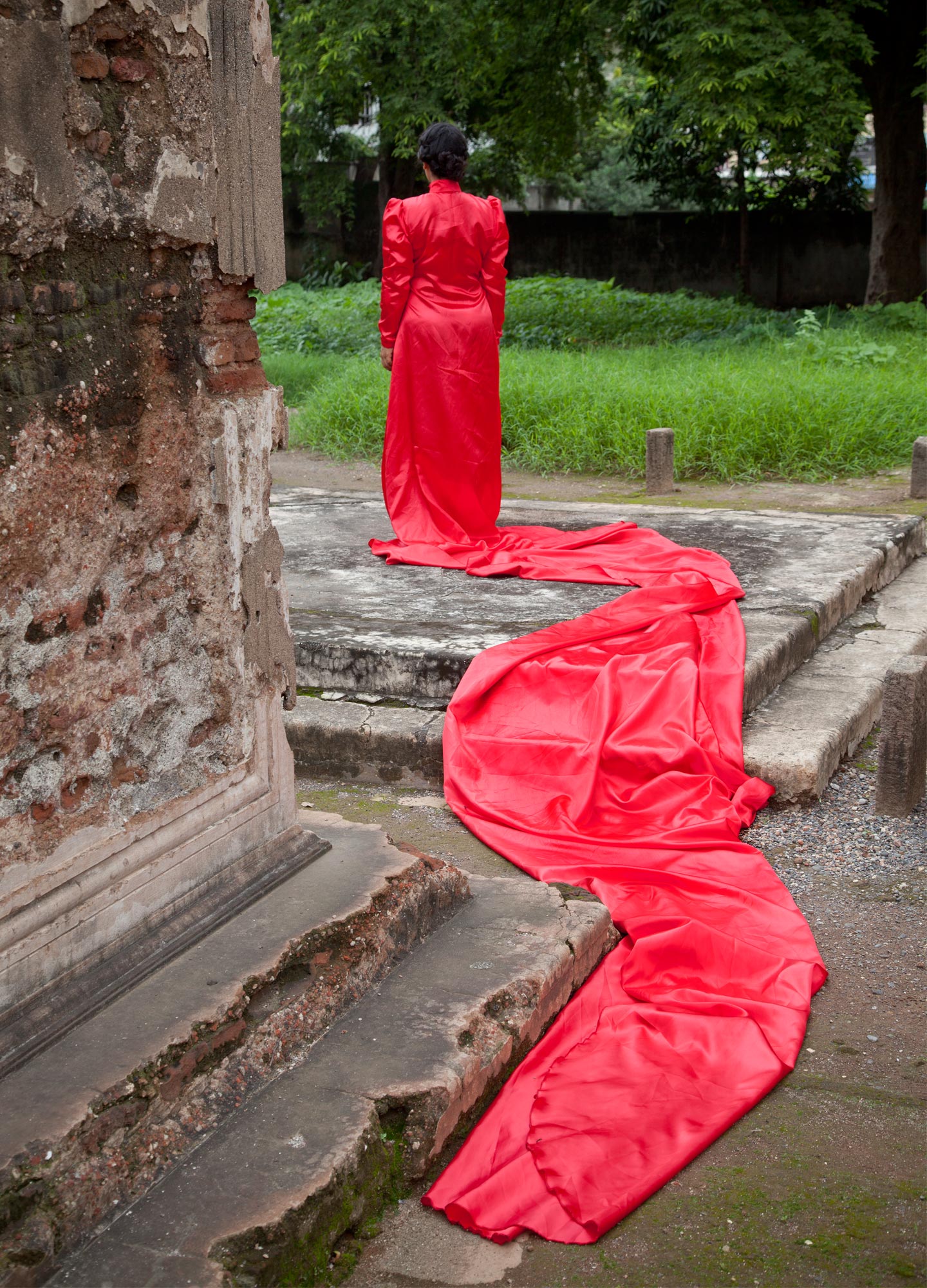 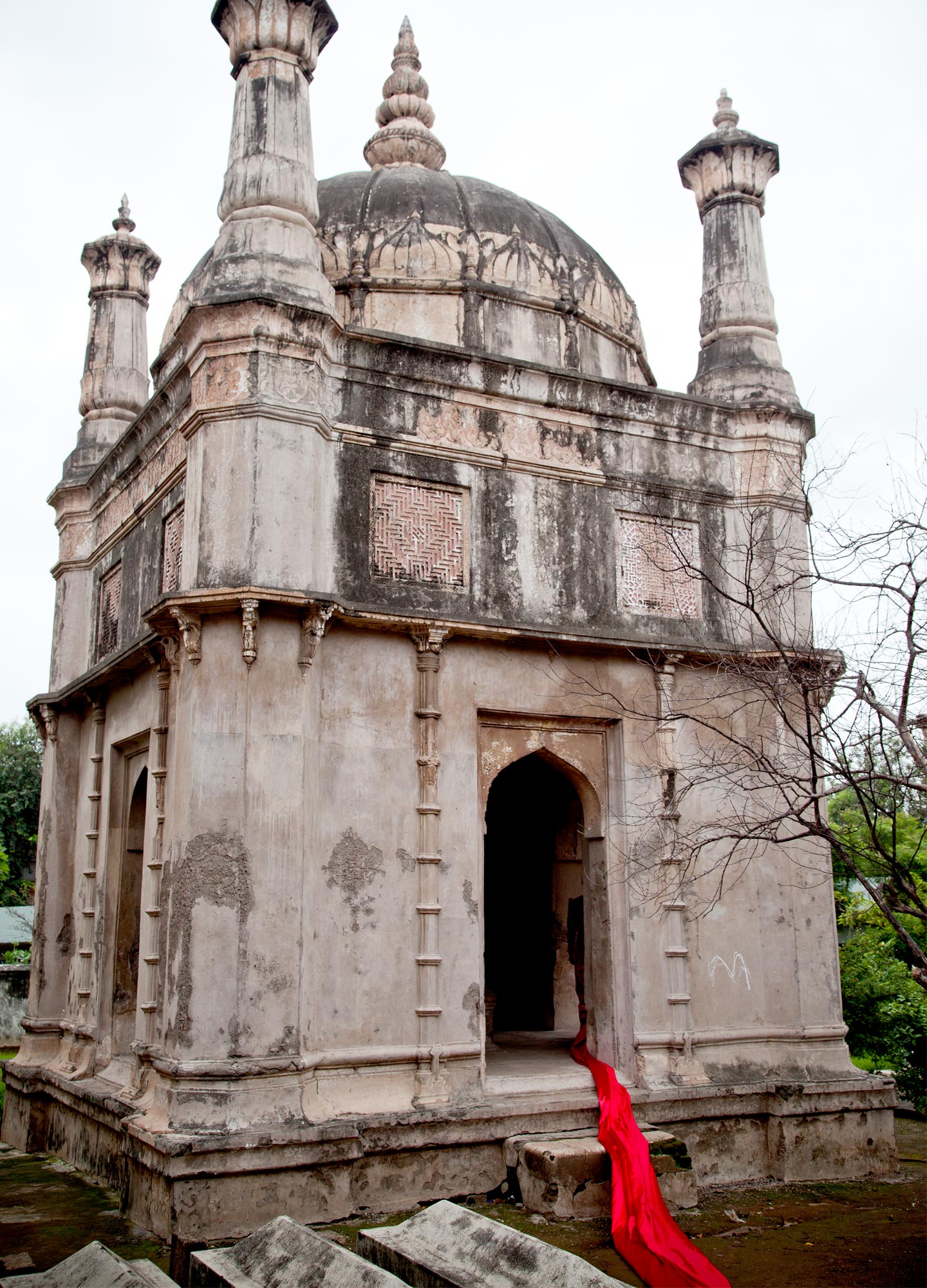 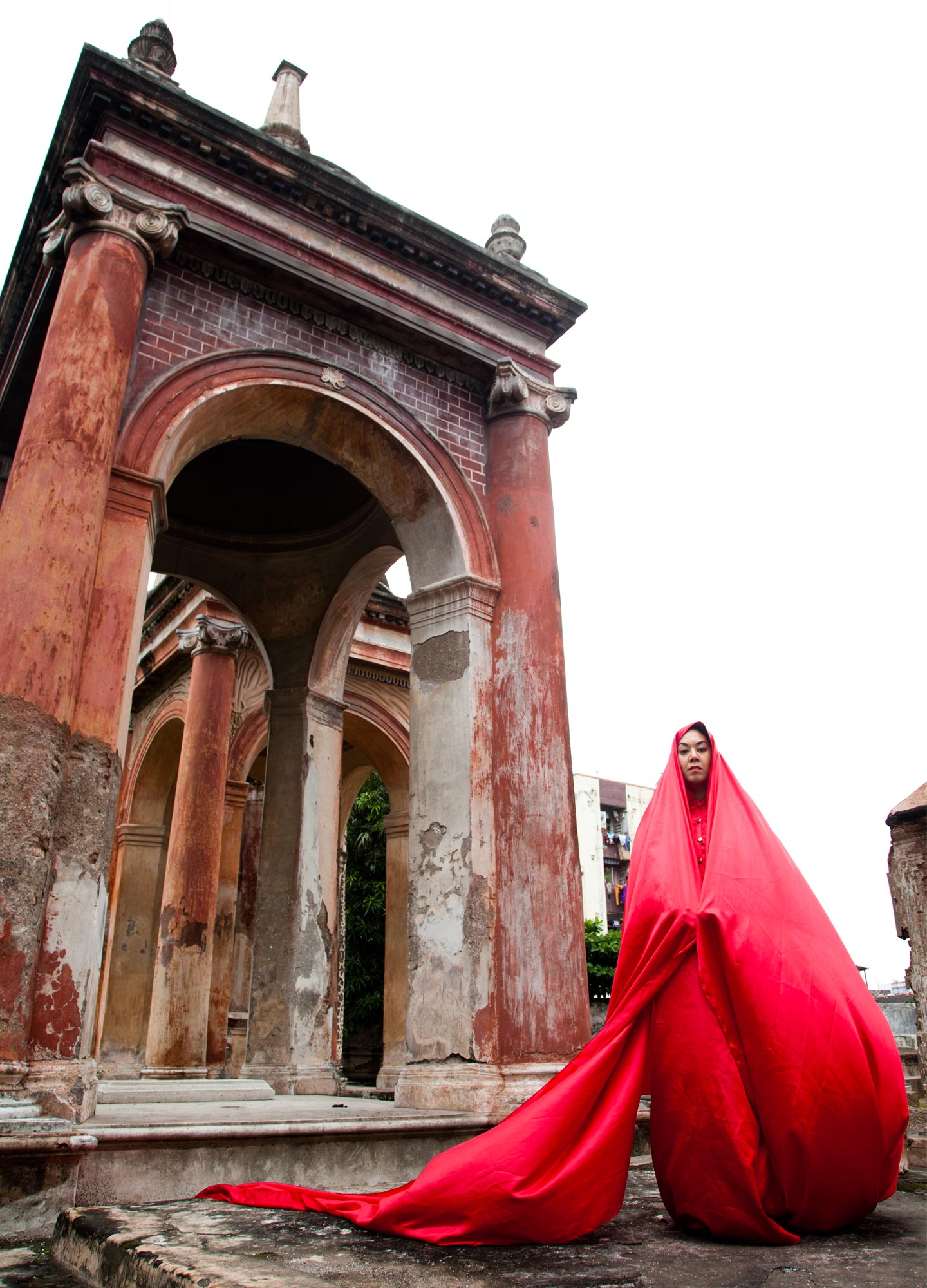 We all have a Bahasagalaramashari we are looking for (Thania Petersen)

An oblique slanting line is the slash or stroke between two words such as “her/his” or “Spring/Summer”. Alternative concepts separated by a slash either exist simultaneously, thus displaying ambiguity, or present two options that provide a choice. A slash can be used for the sake of political correctness, to neutralise bias within language, or to avoid taking a position in a naming dispute. What would it mean to be located on an oblique slanting line? What does it mean to situate oneself upon a slash?

Bahasagalaramashari, Petersen’s made-up name for a made-up place, performs as a slash. As we navigate almost-anti-human pIaces, Bahasagalamashari is the utopian place, she suggests, where we imagine we could or ought to reside. In our consumerist selfie cultures, we drown ourselves in things, events and situations that are possibly real/possibly imagined and probably in between. The slashes separating familiar/unfamiliar or need/desire are little more than a blur. Do we recognise that which is intimate? Can we distinguish want from need?

As an oblique slanting line, Bahasagalaramashari is more than just a place. It’s a condition. A plea. Rendering place as event, it is a ritual—a thing we think we do because it has been done before and a thing we want to do because no one has ever done it. Bahasagalaramashari, as place and concept, represents a depth we seek as we skim the surface, and a surface we enjoy as we dread the depth. Sitting askew, the slanting line that concurrently leans “here” and “there” parallels the awkwardness Petersen feels as a Muslim besieged by secular and consumerist ideals.

Seated on the floor of a mausoleum in Surat, Petersen performs the Saman, a “dance of a thousand hands” that is associated with her Indonesian heritage and practised in South Africa in an altered form. Eager to understand the “original” dance—to find within a ceremonious people uninjured by colonial abuse—Petersen sought a teacher of the Saman dance. The classroom she acquiesced to was a YouTube tutorial. The teacher she settled with was an American girl. Authentic / slash / inauthentic?

We are the Nameless people who are neither black nor white. A nation born on the soil of Africa but never accepted—the ‘bastards’, ‘other coloureds’, the ‘mixed breed’, the ‘Cape Malays’, the ‘other’, amongst many other derogatory classifications. In the new South Africa all these terms are considered politically incorrect leaving us nameless (Thania Petersen).

The artwork SLAMSE represents a beautiful medora associated with Muslim naming ceremonies in South Africa. Delicately stitched in golden and silver clinquant threads this scarf covers the pillow of a baby during a doopmal naming ceremony, or is worn as the headdress of a bride who takes her husband’s name. Traditionally worn by hajji—those who have returned from haj or pilgrimage—the medora is a stitched narrative of purity.

Turning the fine cloth of virtue, new life and commitment into a slate for derogatory name-calling, Petersen challenges the erasure experienced by a nameless people. “Slamse” was a derogatory name used by Afrikaans speakers who corrupted the word “Islam”, sometimes referring to “slamse gevaar” meaning “Muslim peril”. As Petersen explains, “by adopting this derogatory name and using it ourselves, we became comfortable with things that shouldn’t be comfortable. We accepted ‘norms’ that in reality are not normal”.

We are not veiled. The world is veiled to us (Thania Petersen).

The Sanskrit word “āvarana” refers to a veil of ignorance or a form of covering that induces mental blindness. Petersen’s video and photographs titled Avarana do not comment on the over-simplified debate about veiling that is often driven by non-Muslim societies with the expectation that one would land firmly on the “correct” side of an oblique slanting line—veiled/unveiled; oppressed/liberated. Nor does she simply propose an opposing view—veiled/unveiled; liberated/oppressed.

Rather, these works represent a silent outcry that is situated upon a slash, questioning what it means to protect women when “we are being robbed of our choices on both sides”. Below the surface of typical interpretations of the hijab, Petersen looks inwards to personal pain and personal faith, questioning the ways in which women’s stories are often told from the outside and not from within. Drawing from the story of Hājar—the wife of Ibrāhīm who many believe is buried beside the Ka’ba in Makkah/Mecca—she questions on the one hand simplistic assertions that Islam oppresses women, when in fact Hājar is revered as a woman and a mother in the Islamic faith, and on the other hand the fact that the Qur’an has been translated by men and Hājar is not actually mentioned by name.

Walking in protest through the colonial Castle of Good Hope, Petersen’s body movements quietly rebel. Recalling tawāf, the counter-clockwise circumambulation of hajji around the Ka’ba, she deliberately walks clockwise, refusing to be labelled from either side.

Remnants/an oblique slant towards the future

In her earlier series I am Royal, Petersen focused on the aspect of her past that enabled her to push forwards with confidence. Drawing from her relationship to Imam Abdullah Ibn Qadhu Abdus Salaam or Tuan Guru—the respected teacher and Father of Islam in South Africa—she stressed her royal lineage and her heritage of anti-colonial protest. Having garnered strength by relaying her narrative of royalty and protest rather than starting with the narrative of slavery, Petersen felt ready to face the pain embroiled in the remnants of her past. Travelling to Surat in India, which was a directorate of the Dutch East India Company in the 17th century, she visited the mausoleums of the men who forcibly moved her people from Indonesia to the Western Cape.

The Dutch and British mausoleums in Surat reveal power-hungry competition and exaggerated grandeur that far exceeds the simplicity of the grave markers these men would have received back home. Strikingly regal and statuesque, Petersen plants herself upon these graves, trailing a red train behind her that symbolically dredges up violence that this imposing architecture attempts to conceal. Viewed from outside the mausoleum in Remnants 3, she seems dwarfed by the enormous tomb, but as she enters (Remnants 4) she takes over this colonial space with a towering splendour that overpowers the skewedness of dominant stories and inclines the remnants of her past towards renewed inner strength.

Located on an oblique slanting line, Petersen benefits from the ambiguity and the choice that this deceptively straightforward slash represents. While the unrest of her spirit speaks to global concerns of displacement and inequity, her unique experience as an artist/woman/mother/Muslim/consumer/supplicant/protestor. . . slash/slash/slash, activates daily choices that are deeply embedded in her place, her being and her personalBahasagalaramashari.

Ruth Simbao is a National Research Foundation SARChI Chair who runs the Arts of Africa and the Global South research programme at Rhodes University. Quotes are from personal correspondence with Thania Petersen in January and February 2017.”