Untitled (Black and White I) 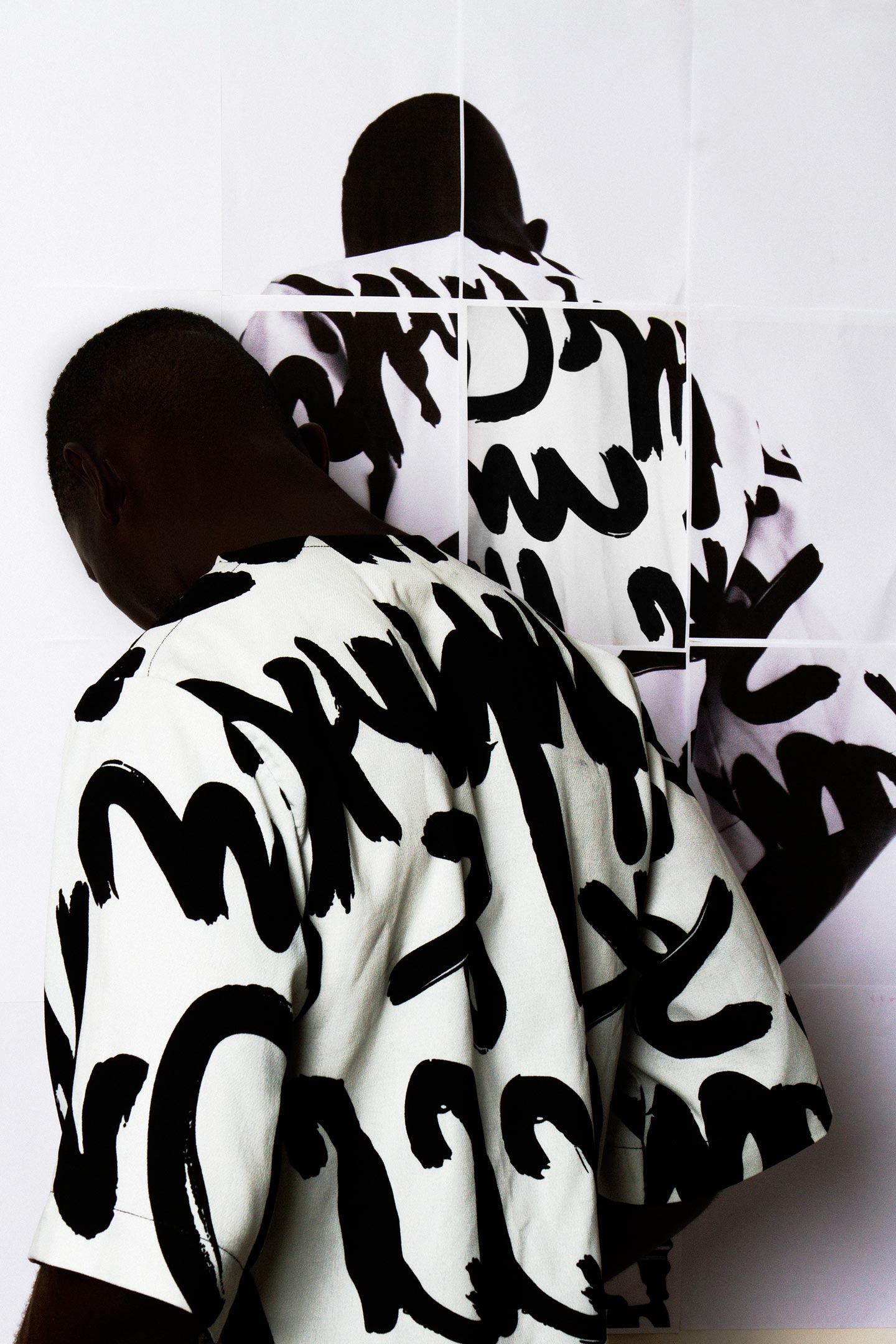 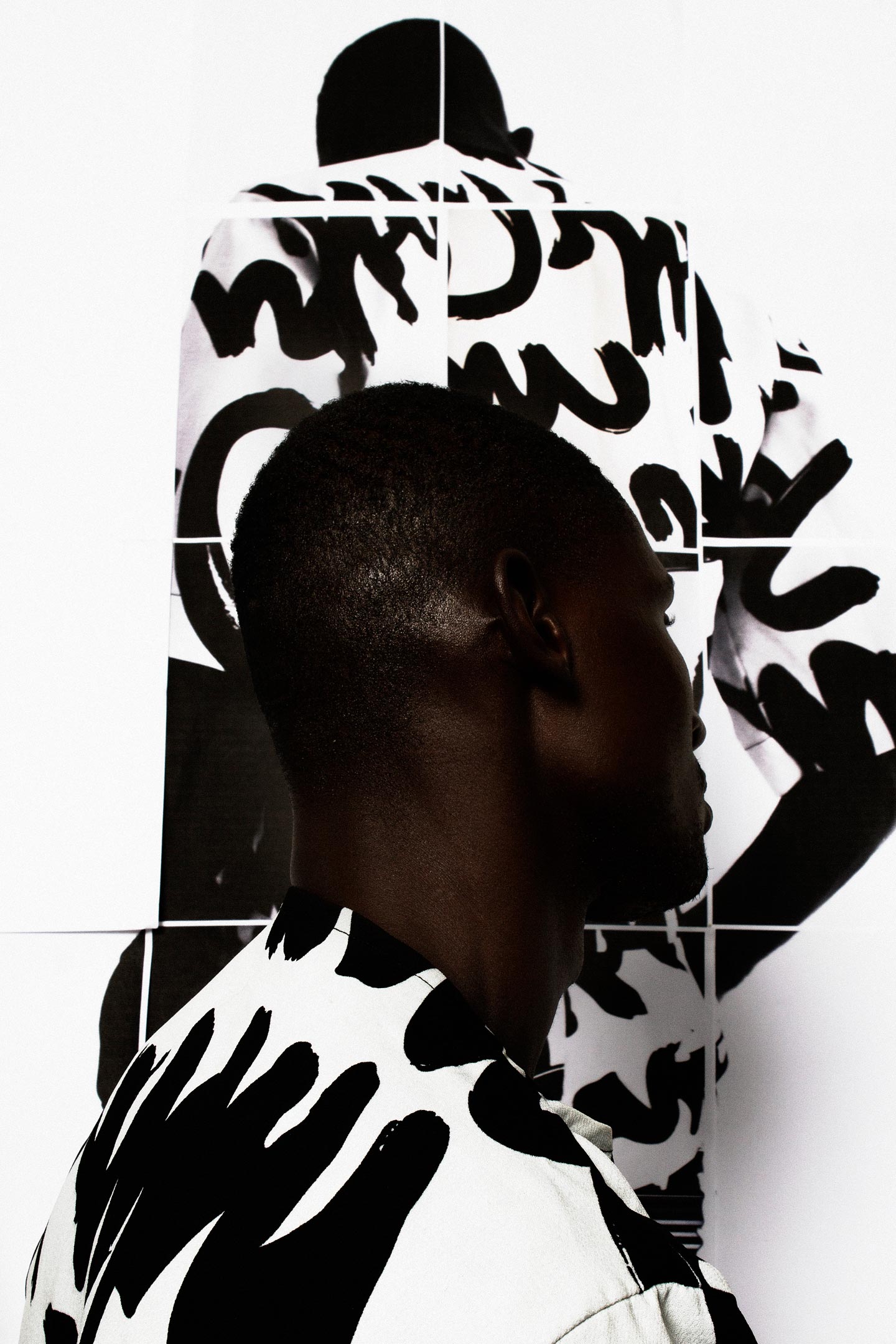 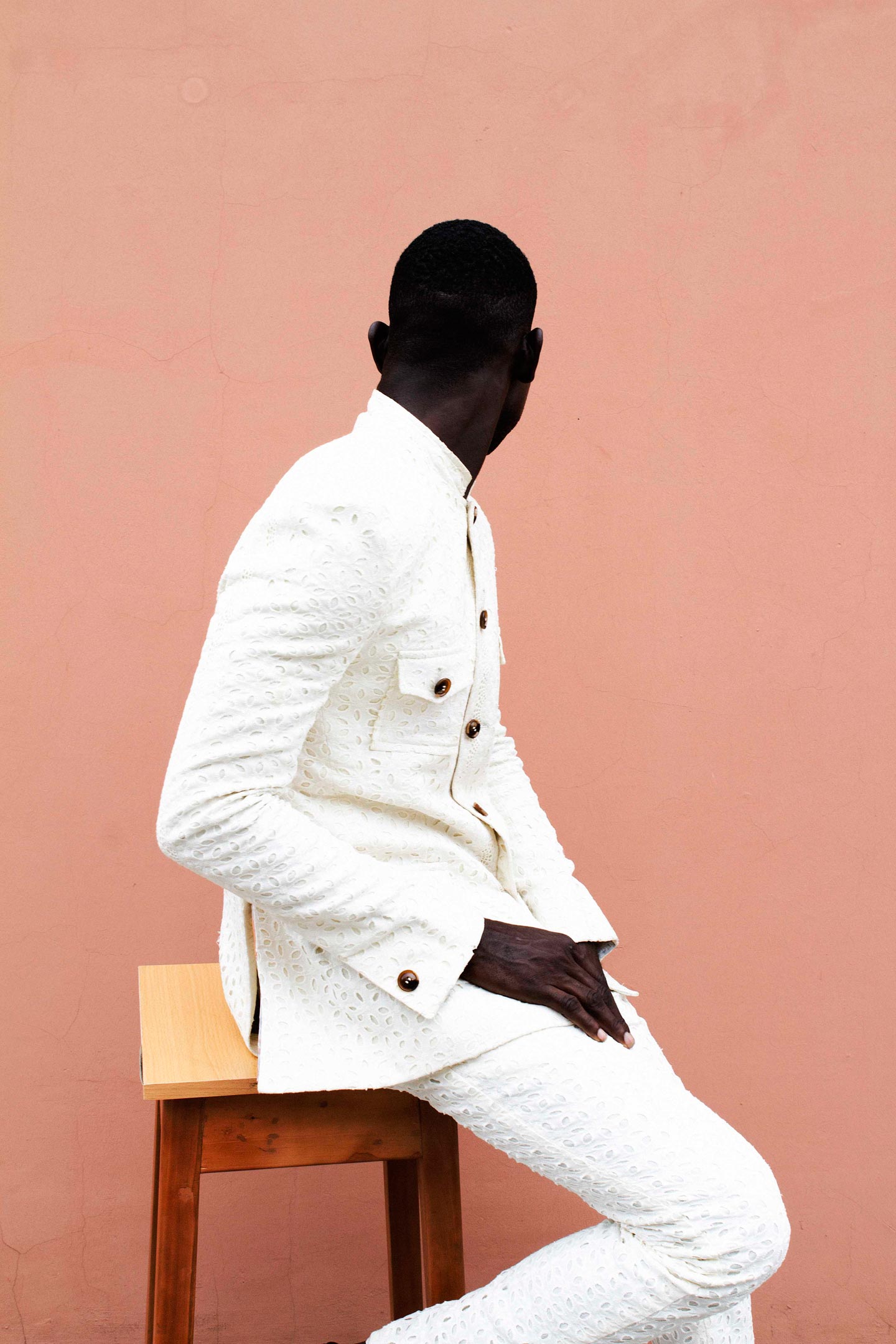 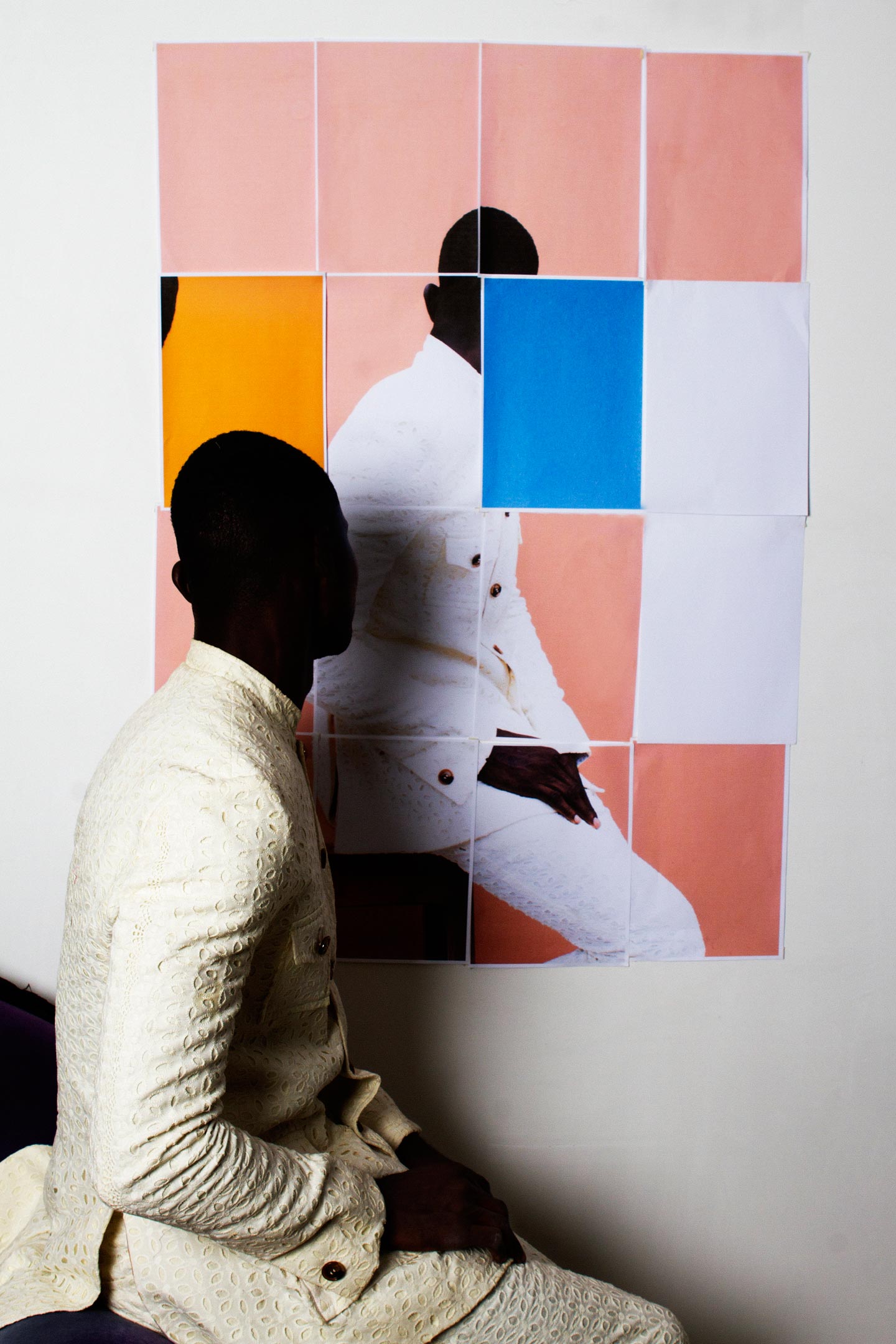 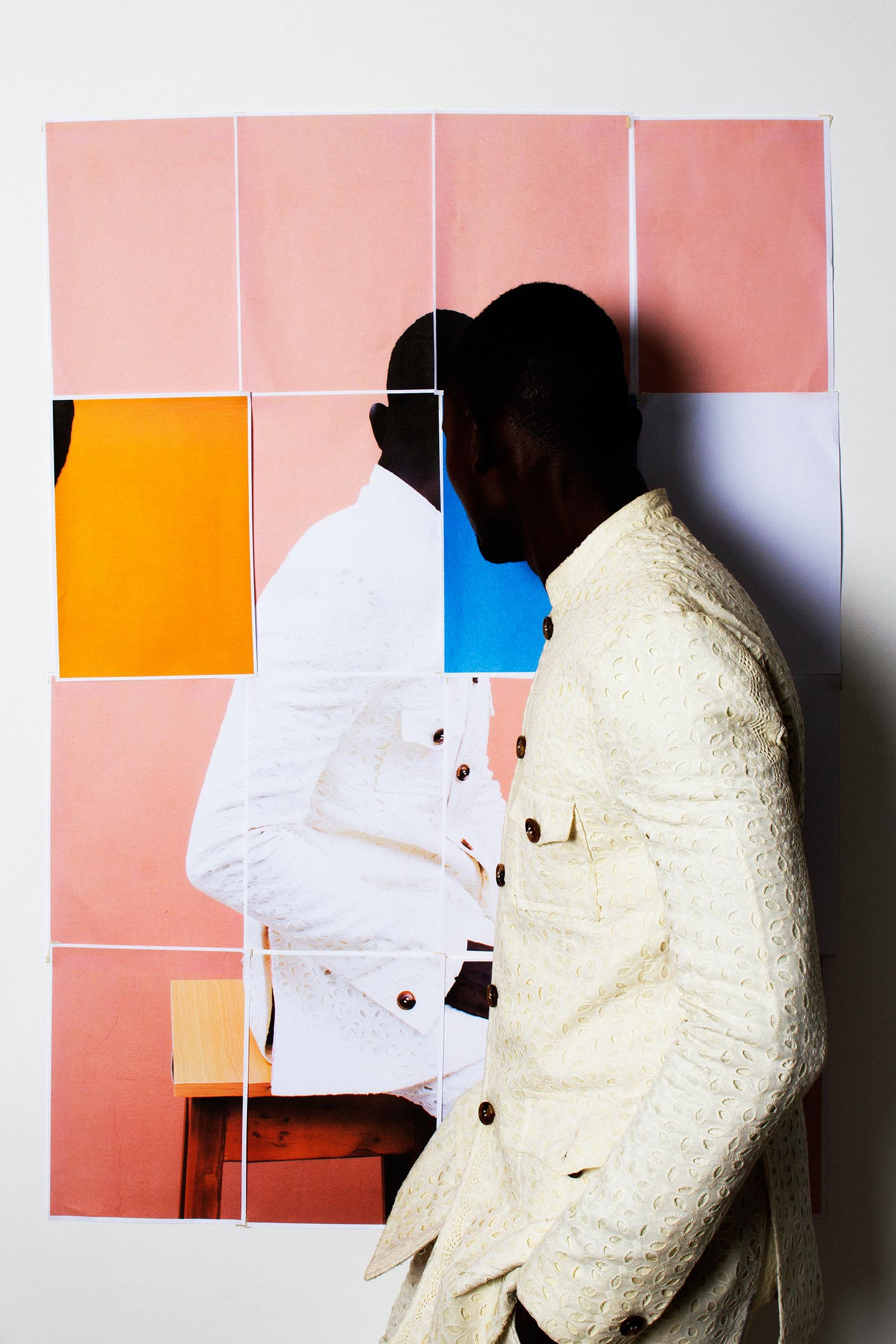 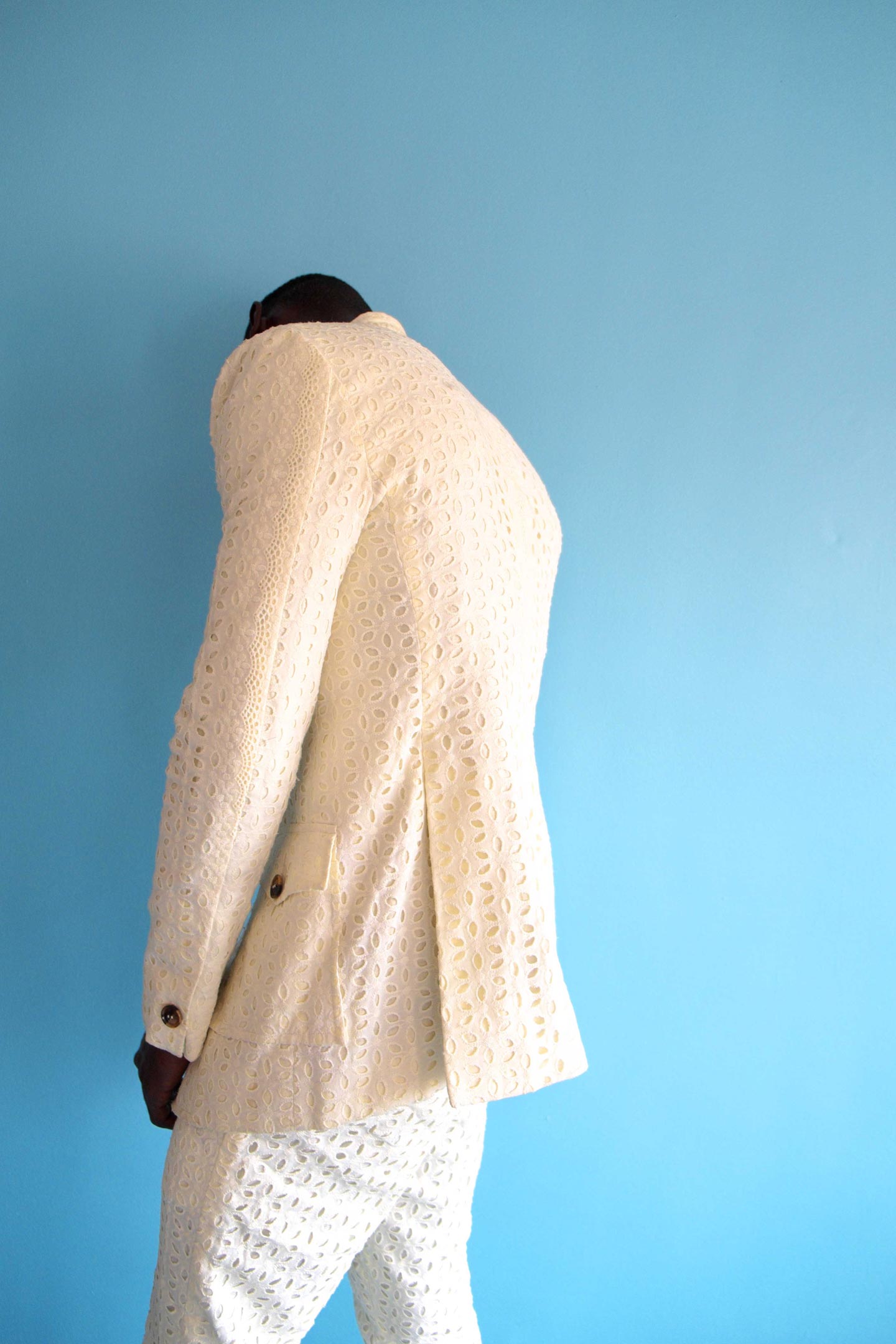 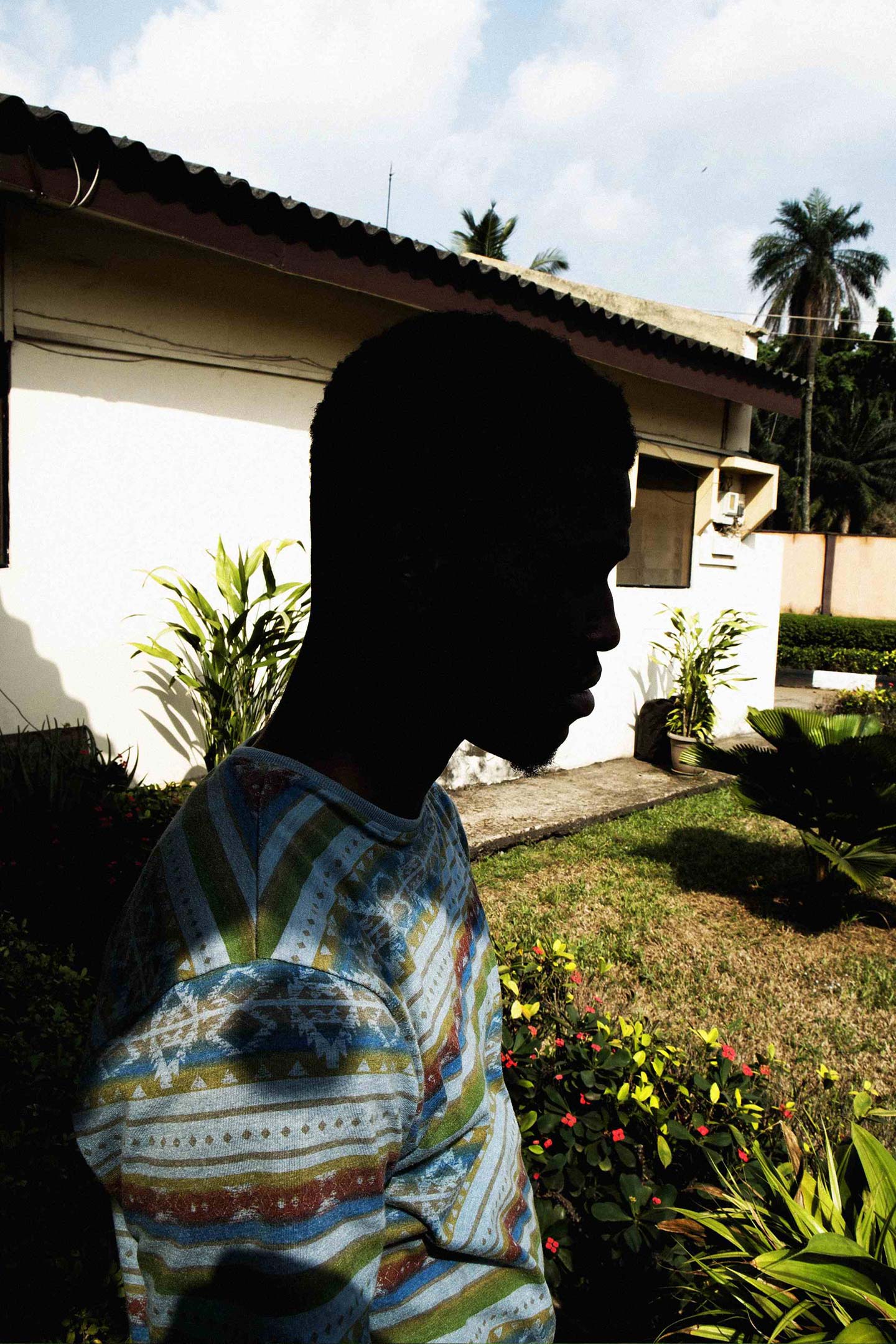 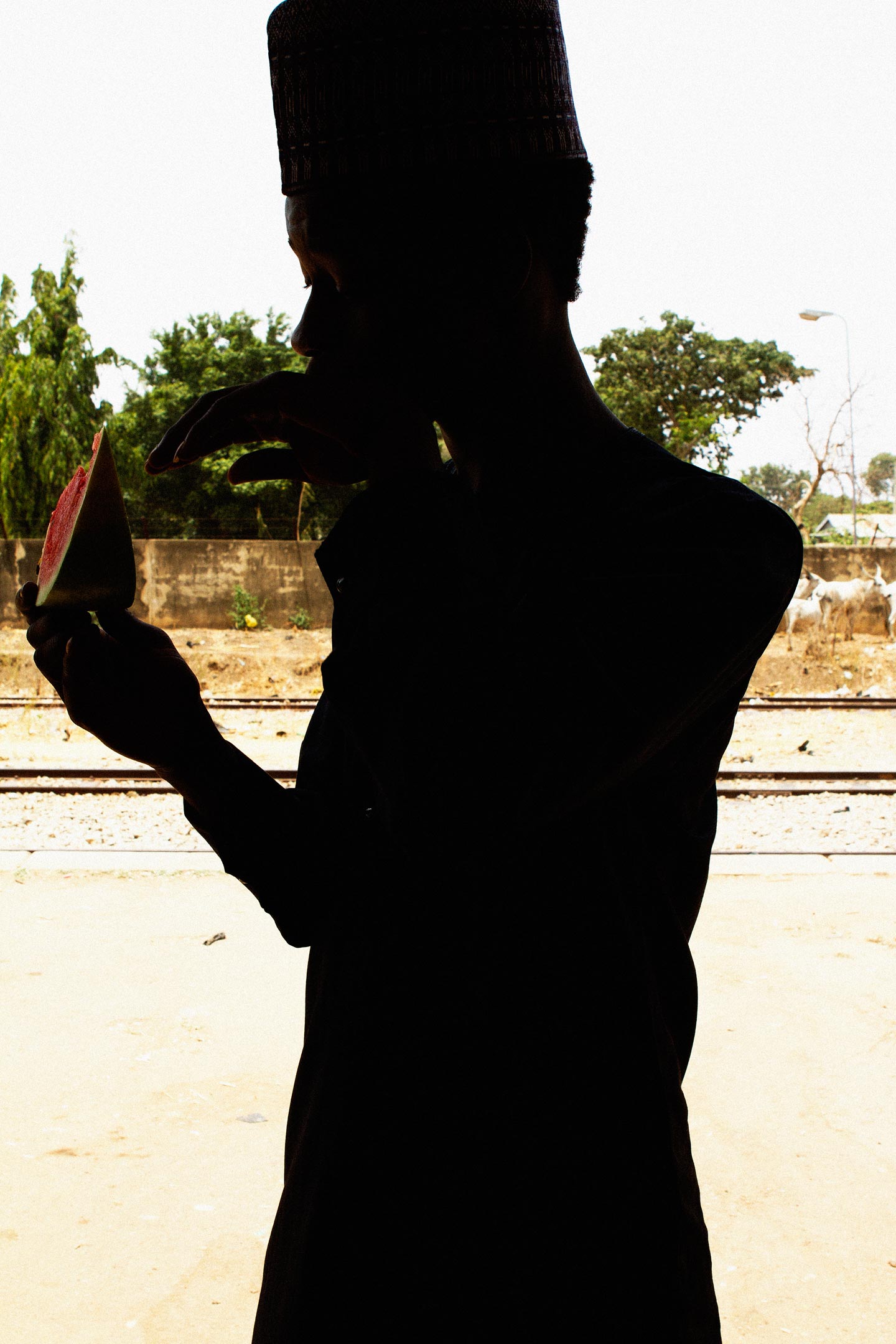 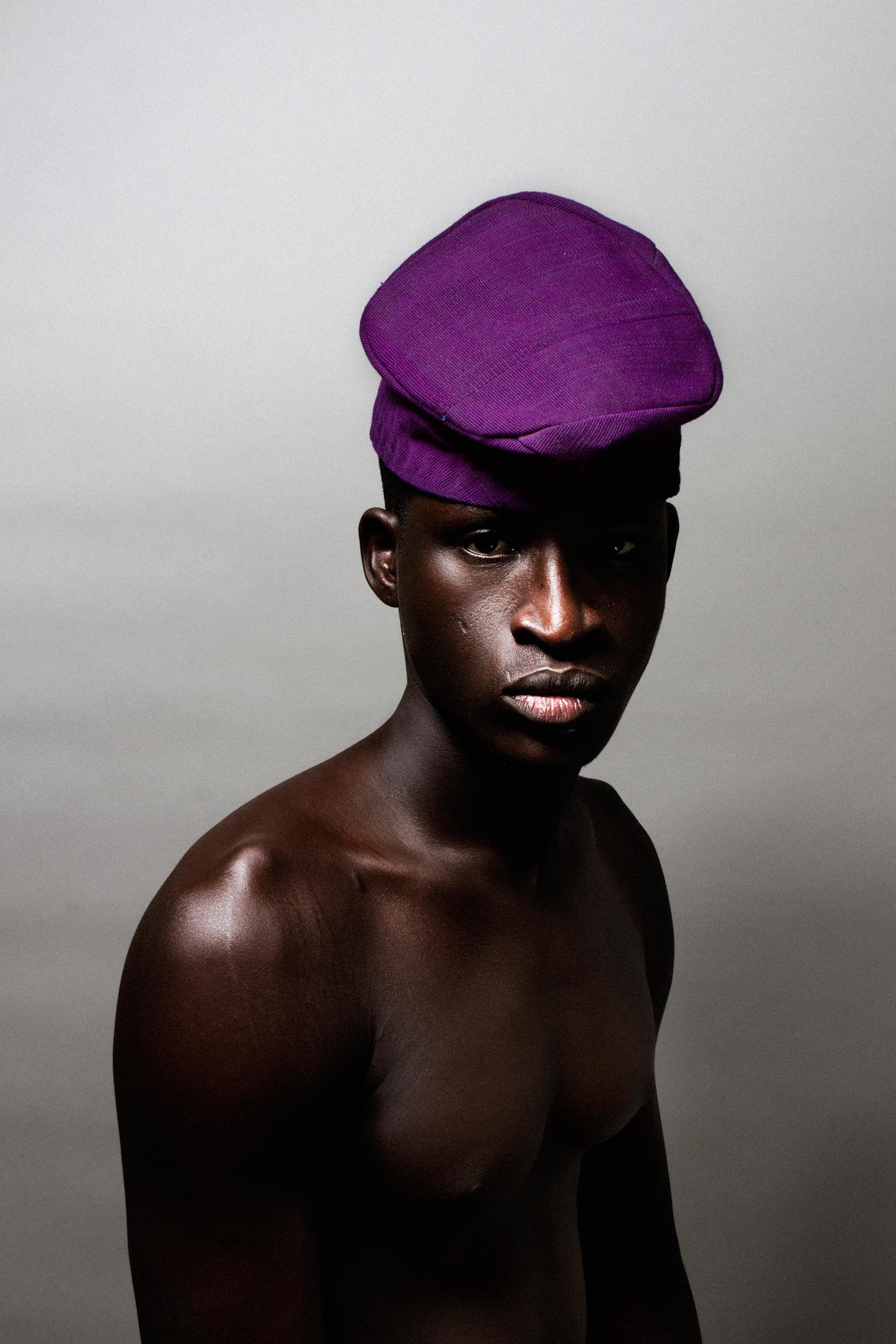 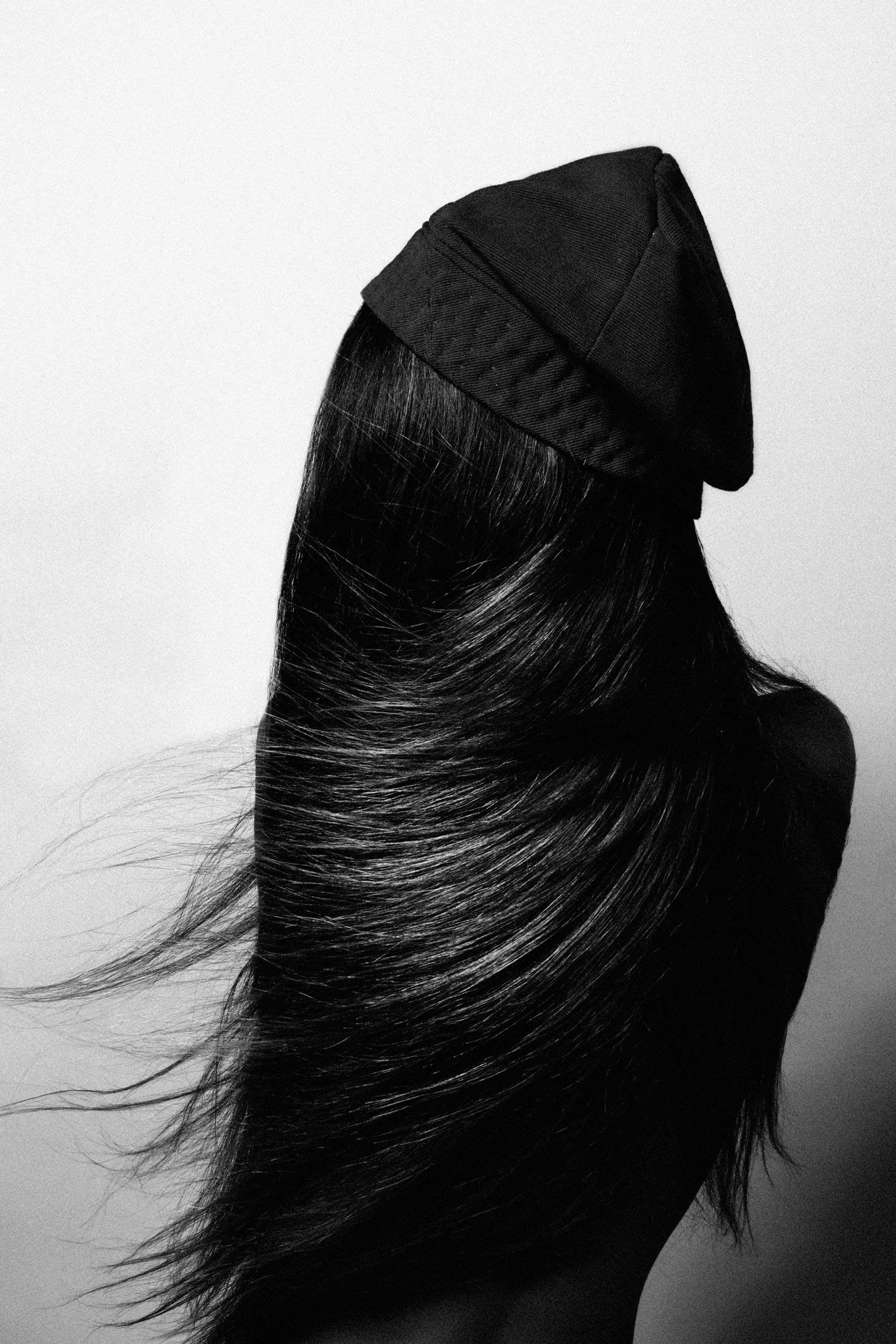 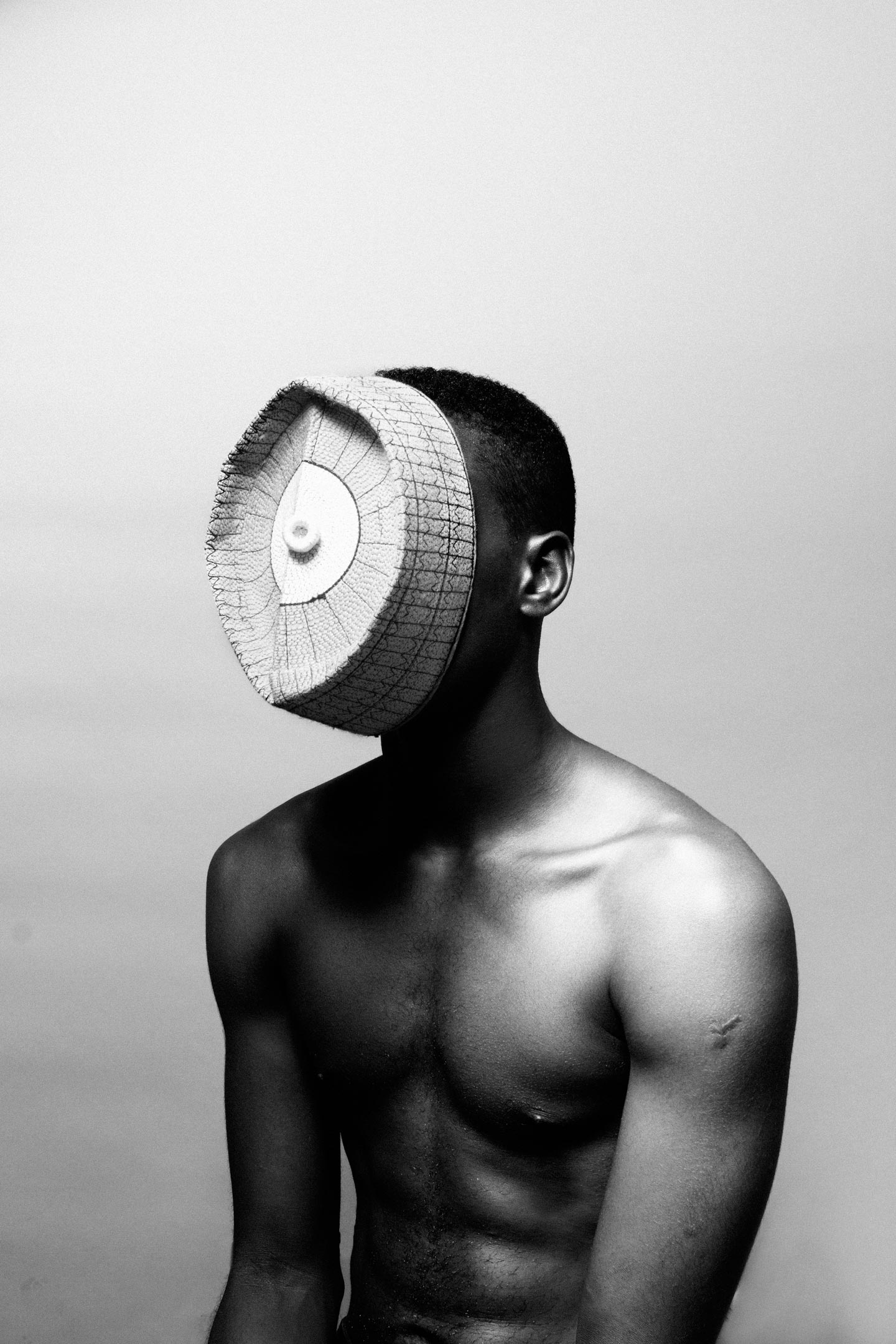 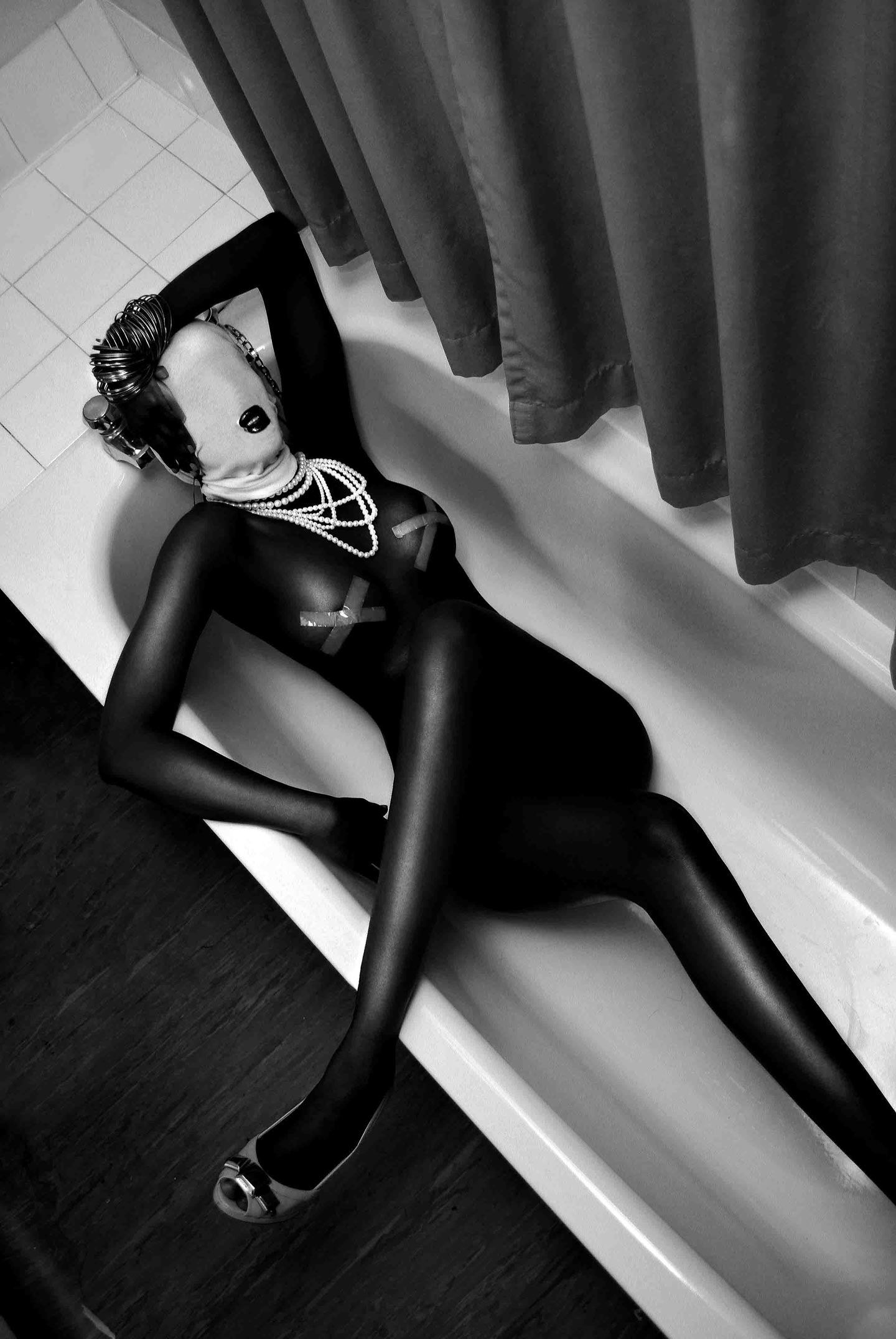 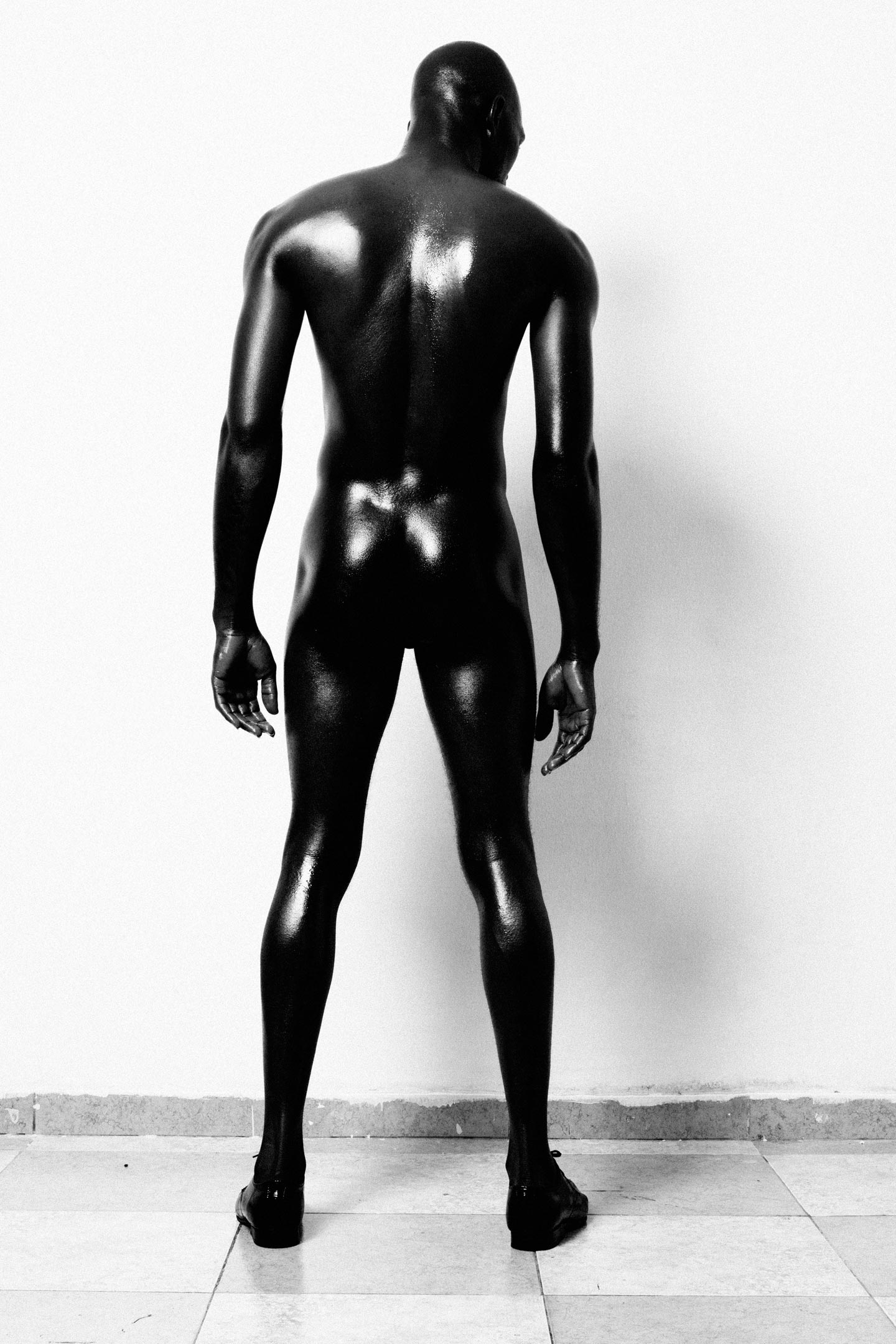 WHATIFTHEWORLD is pleased to introduce Lakin Ogunbanwo, a dynamic new contributor to our gallery programme.

Pop. Fashion. Vogue. Ogunbanwo’s camera looks with the gaze of one curious of the language of desire. His images celebrate the sculptural nature of the body. The texture of a scar, hair or clothing are agents to draw our awareness to the body as a form, sculpted by light and muscle and clothing. The lustre of skin is enhanced through oiling and juxtaposes the naked with the clothed.

Ogunbanwo’s figures are sculpted by light and framed as objects by the camera reminiscent of Robert Mapplethorp or Man Ray. Rather than colour, it is light that defines Ogunbanwo’s images.
Light whitens out the context such that the figure alone emerges as his interest. The way his camera objectifies form is comparable to Helmut Newton, where fetishization is the game of visual pleasure. Ongunbanwo embraces fashion photography’s traits of concealing and revealing the human form to accentuate style .Masking is a prominent theme running through Ogunbanwo’s works where the languages of fashion – pose, make-up, hair and clothing – are used to mask or frame the body .

For Ogunbanwo, fashion is a game of desire based on creative identity. Les Sapeur of Bacongo recognise the creative identity available in the way one dresses. They link that identity to desire and status. Ogunbanwo’s images seem to recognise that even in a portrait, the face emerges as a space of constructing and concealing and revealing – of playing a role of desire and identity. The look of a model into the camera can be just as much a tool of framing the image as a shadow cast by a hat, wig or cigarette smoke.

Perhaps Ogunbanwo’s images are also a game of disguise. The pop iconography of his models belies a generation that sees the contemporary world as its playground for pleasure. Working in the overcrowded and dynamic city of Lagos, Ogunbanwo’s work belies the youthfulness of a new era marked by façade, play acting, imitation and innovation. The historical trajectory of European fashion photography coupled with the historical use of the camera in Africa to perform identity, as noted in the work of Malian artists Malick Sidibé and Seydou Keita, here carries the playfulness of image construction, evident in Samuel Fosso’s works, into the slickness of a high fashion image expected in the pages of Vogue magazine.

Born in Lagos, Nigeria in 1987, Lakin Ogunbanwo studied Law at Babcock University in Nigeria and Buckingham University in England, before beginning work as a fashion photographer in 2012. His work has been featured in The Times New York, ID online, British GQ and Riposte Magazine. Recent exhibitions include Lagos photo festival, Art 14 in London and a solo exhibition at the Rooke & van Wyk Gallery in Johannesburg. This is Ogunbanwo’s first exhibition with WHATIFTHEWORLD.

Click here to read the exhibition article featured on CreativesJoint