The Lost Art of Impressing You 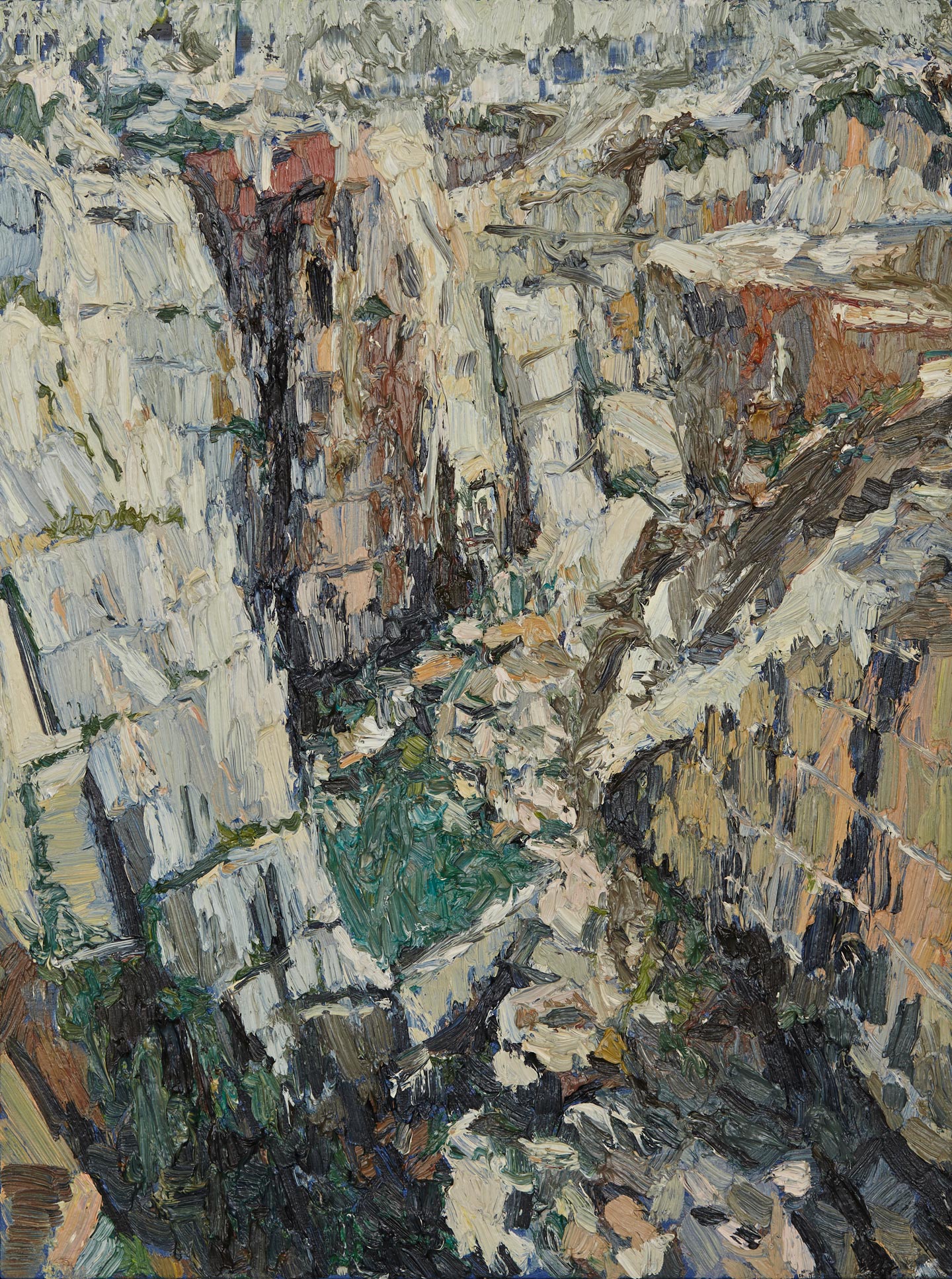 Nobody Will Suspect a Thing 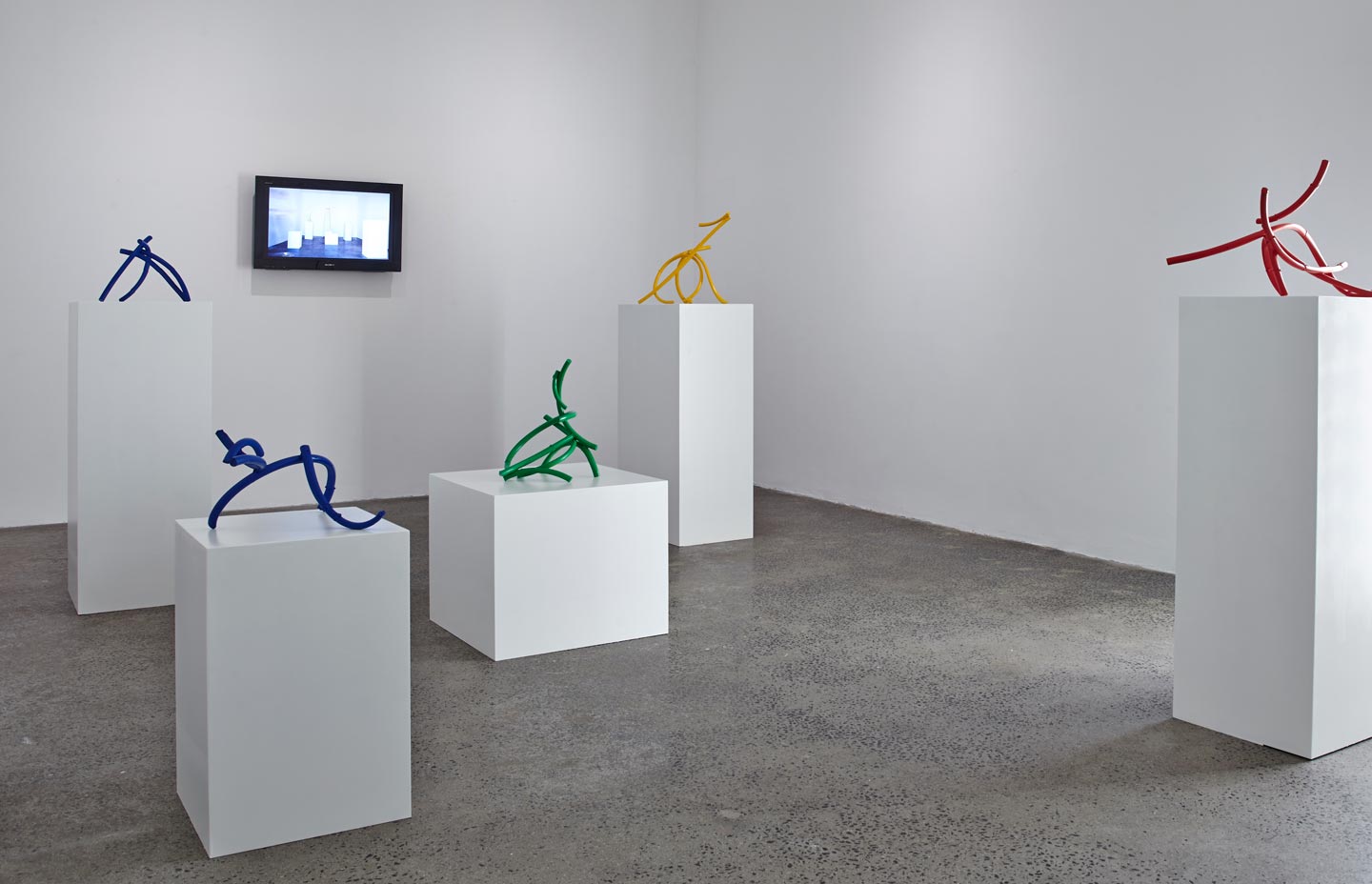 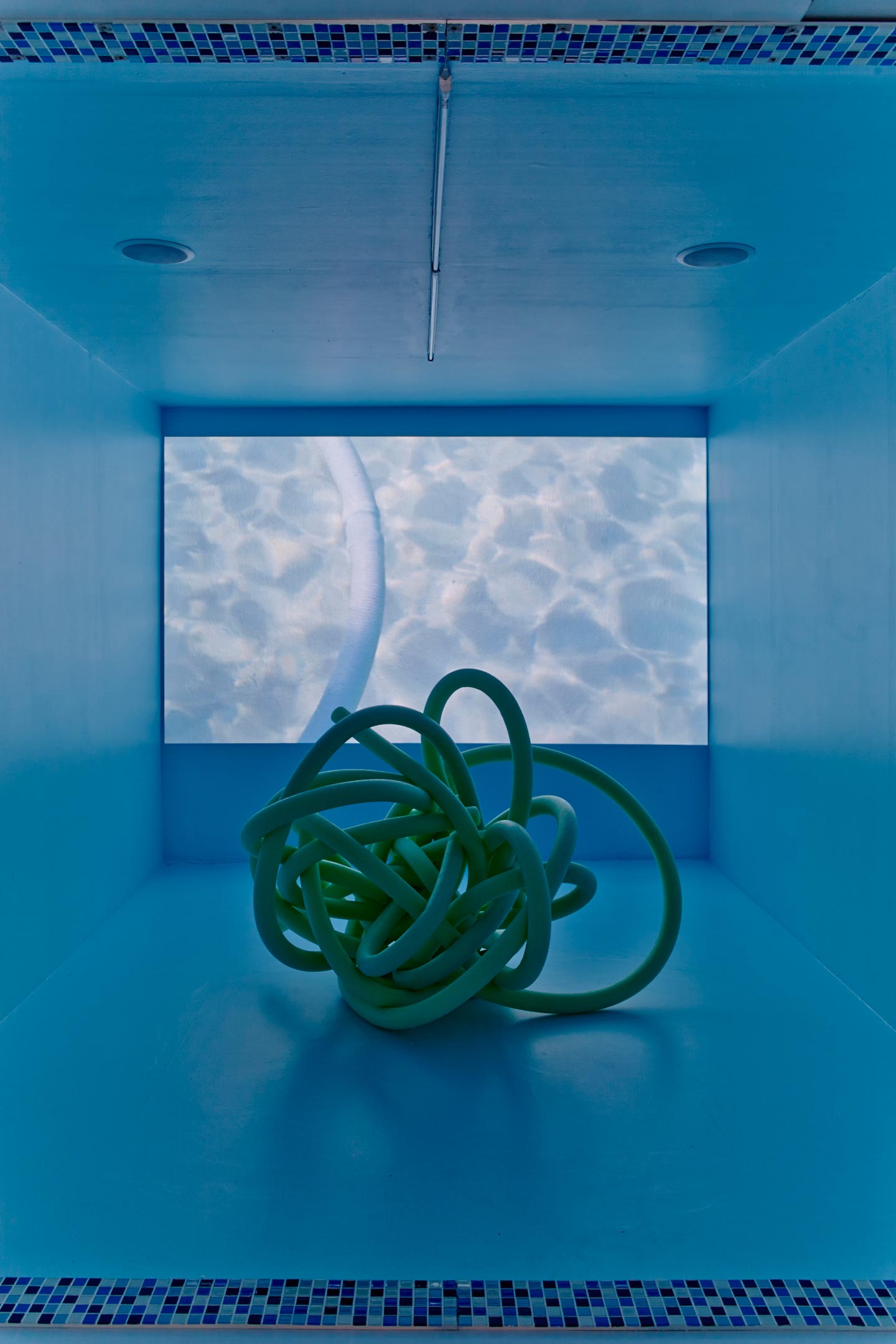 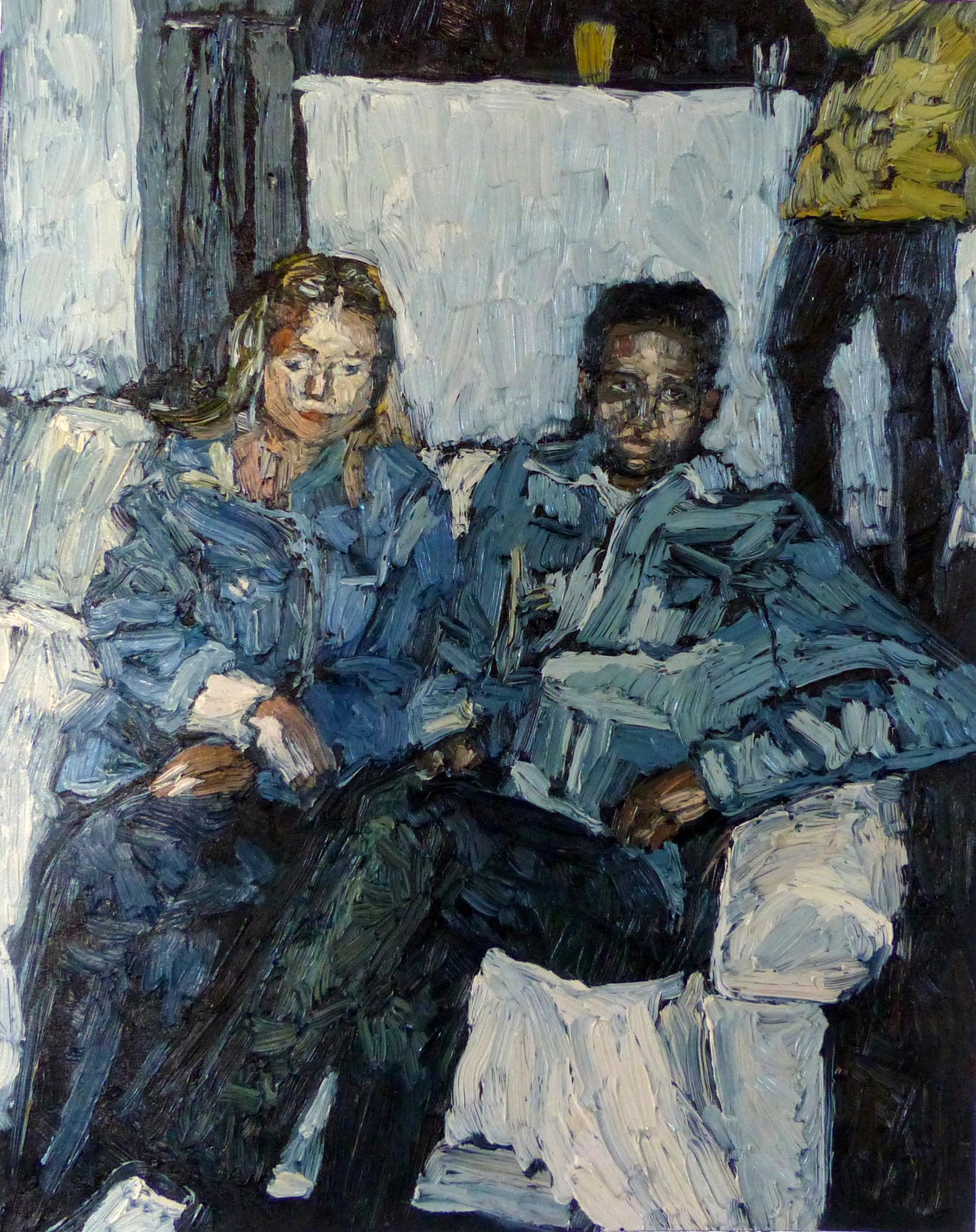 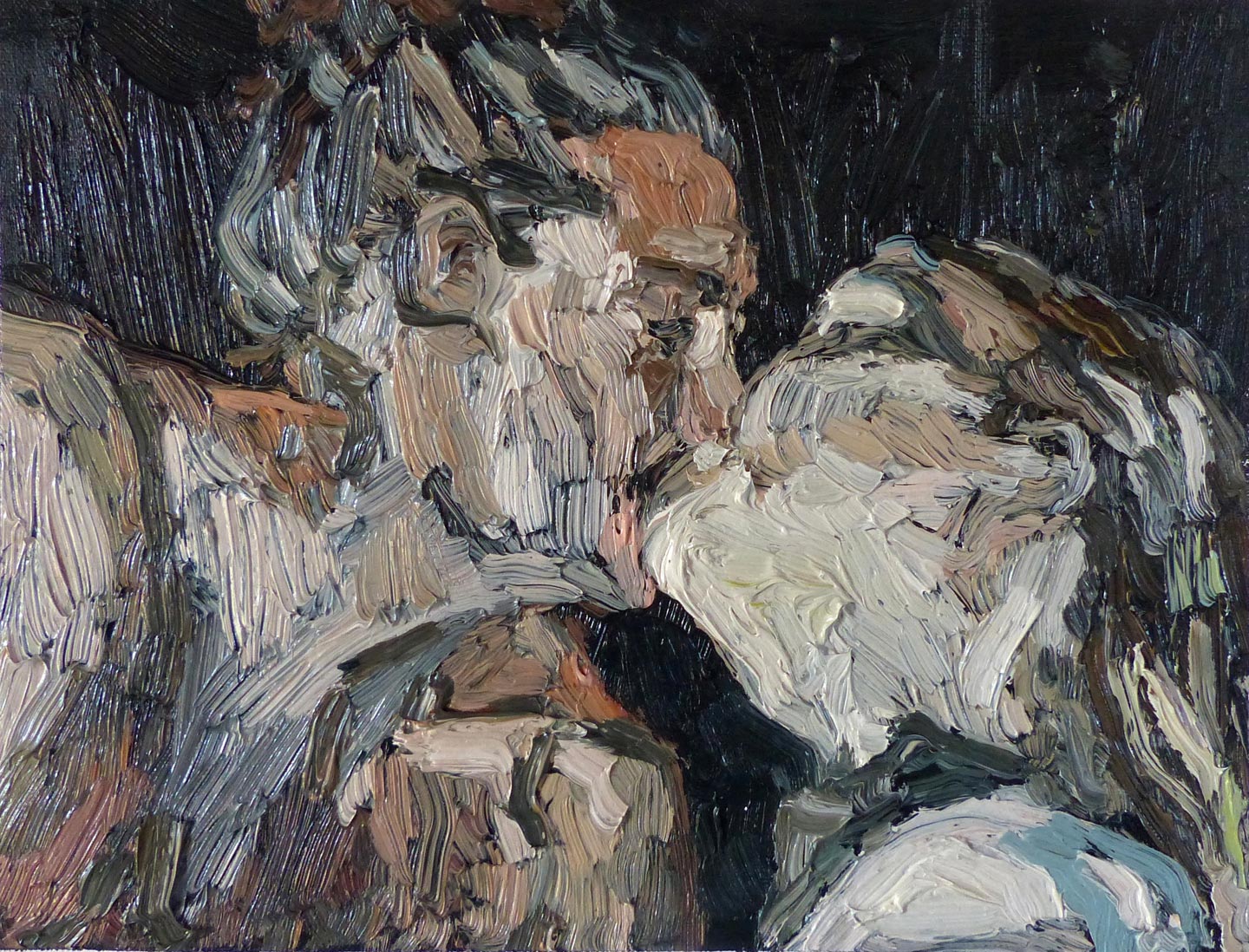 WHATIFTHEWORLD is pleased to present the first edition of New Voices, a series of solo presentations by emerging artists. Working across the disciplines painting, performance, film and sculptural installation the exhibiting artists showcased are Mia Chaplin, Mitchell Gilbert Messina and Molly Stevens.

Paintings is a selection of new works by Mia Chaplin. These works are the direct result of six weeks that Chaplin recently spent in Europe where she participated in an artist’s residency program at OBRAS Foundation in Portugal. This period of detachment provided her with the opportunity to engage with painting in its pure form, naked from any expectations or similar complications. The result is an exploration of the raw materiality of oil paint, and are simultaneously direct expressions of the natural landscapes of Portugal that inspired the artist. As a collection of paintings, they are as erratic as human emotion. Each brushstroke conjures, describes and creates the object and the feeling it evokes. The material is an agent for a visceral connection to the painting and to the emotional presence of the subject. The surface and materiality of the paint allows for less reliance on the image itself which, as a result, begins to slip away as the medium takes over — a notion which is of great importance in both Chaplin’s paintings and practice.

Mia Chaplin (b.1990) completed her BFA at the Michaelis School of Fine Art in Cape Town in 2011. Working in oil on canvas and paper, her highly expressive works are characterised by their rich impasto surfaces and visible brushstrokes. Chaplin lives and works in Cape Town, South Africa.

MITCHELL GILBERT MESSINA
“NOBODY WILL SUSPECT A THING”

In “Nobody Will Suspect a Thing” Mitchell Gilbert Messina attempts to carry a ladder out of an exhibition filled with ceramic sculptures. Moving carefully at first, with each break the artist becomes more desperate to remove the ladder from the room, the movements shift from calculated pivots to frantic, reckless yanks and jerks. The breaks are not iconoclastic breaks, they might be closer aligned to the clumsy breaks of physical gag humour, but even so, still have a desperation about them – a bird stuck in a building, a smudge being smudged further, a vase breaking and being put back together. The ceramic objects are part of an ongoing series of  “Vague Sculptural Objects” and are largely just props setting the scene of a contemporary art gallery. They read as abstract, glossy, empty objects — they don’t say too much, don’t draw too much attention to themselves, and instead just sit atop their pedestals managing to coast on a preconceived notion of the contemporary art object.  The passive props suddenly serve a utilitarian function, when they are suddenly smashed, stolen, thrown, catapulted, or tripped over, activating a work that is simultaneously humorous, critical and performative.

Mitchell Gilbert Messina (b. 1991) is a practising artist currently based in Cape Town. His work relies on minimal effort, to get an idea across as quickly and easily as possible. Usually by subverting the utility of existing objects, or sketching out or talking about the idea, or faking a performance solely for documentation. Since graduating in 2013 from the Michaelis School of Fine Art he has shown in a number of group exhibitions at Blank Projects, Brundyn +, Stevenson, Smac, WHATIFTHEWORLD, as well as completing a residency at The Sober and Lonely Institute of Contemporary Art, Johannesburg.

Taking flight in memories of clear blue hours spent diving in and out of summer, Stevens arrives at a place of childish fancy where paradise comes to be less about the small things and more about the quantities of everything. Residing in the world of more is more and the bigger the better, Belly Flop tells the narrative of a summer vacation, experienced by a child and remembered by an adult.

Appropriating the language of visual disorientation through repetition, the rippling and infinite blue of the swimming pool reads like the mind of a child whose attention cannot be held by a single object. In a desire to revisit memories of childhood, holding on to them and reliving them, the final product is an installation that ignores all logic of memory and its limitations and revives a world of naïve gluttony. This place exists between the memories of summer vacations, their tropes and contemporary attitudes of excess, as a reality more real than the lived.

Molly Stevens (b. 1990) completed her BFA at the Michaelis School of Fine Art in 2013 with a major in sculpture. Since graduating she has participated in a number of group shows including Greatest Hits, AVA Gallery, Cape Town, and the Winter Sculpture Fair at Nirox Foundation where her work ‘071 748 2818’ is now a permanent sculpture. Stevens is the co-founder of MARTA collective and she currently lives and works in Cape Town, South Africa.