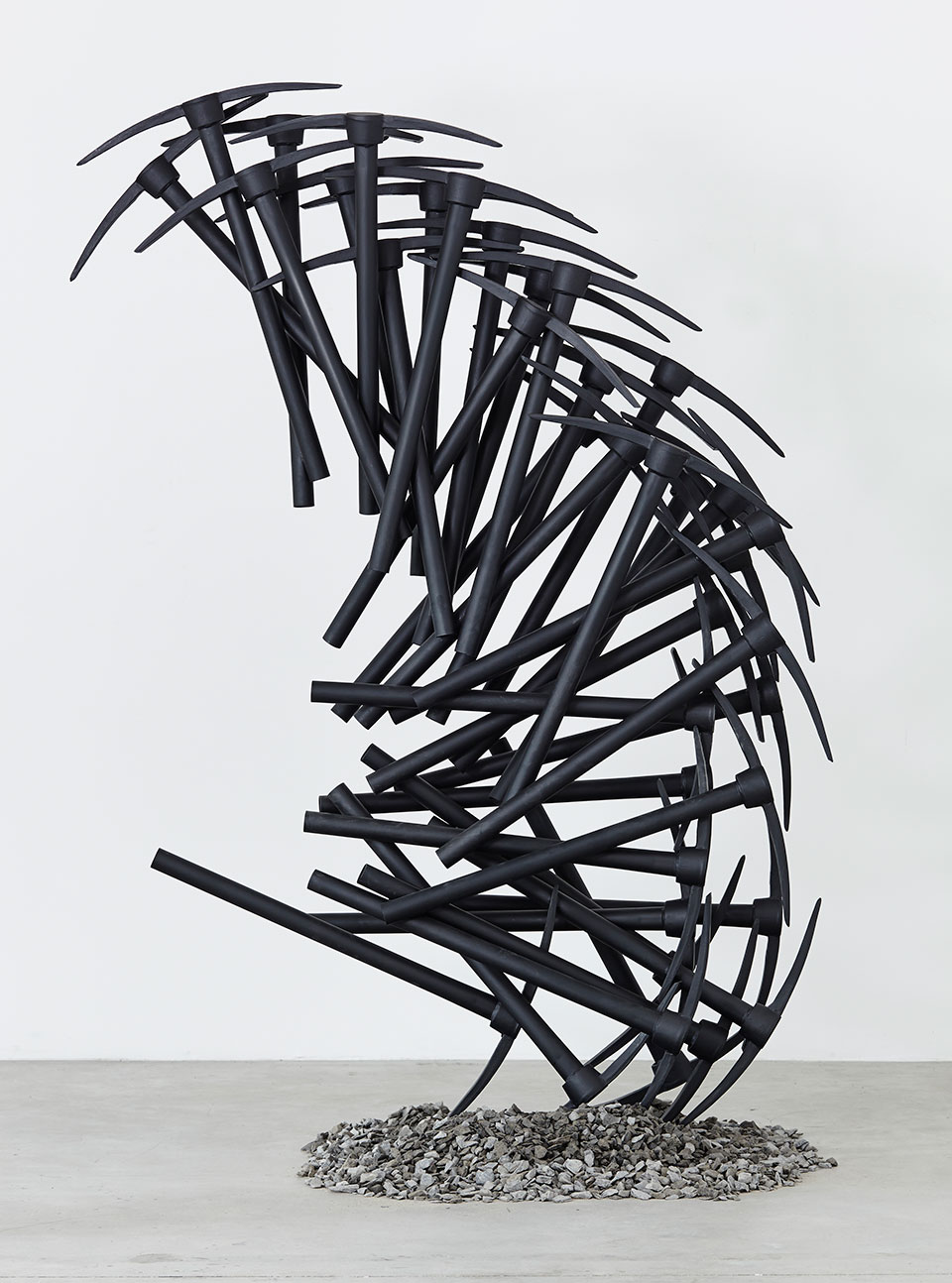 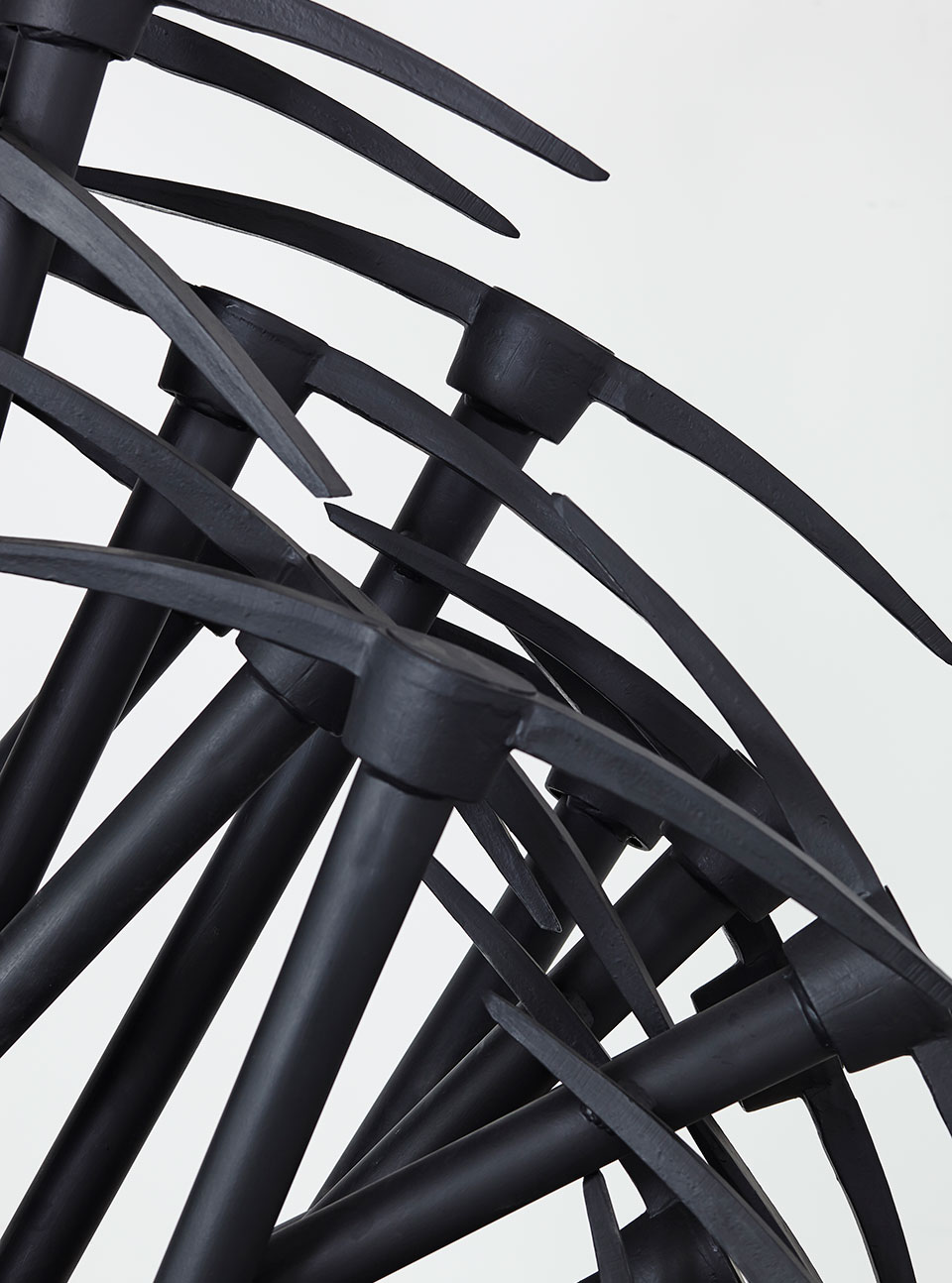 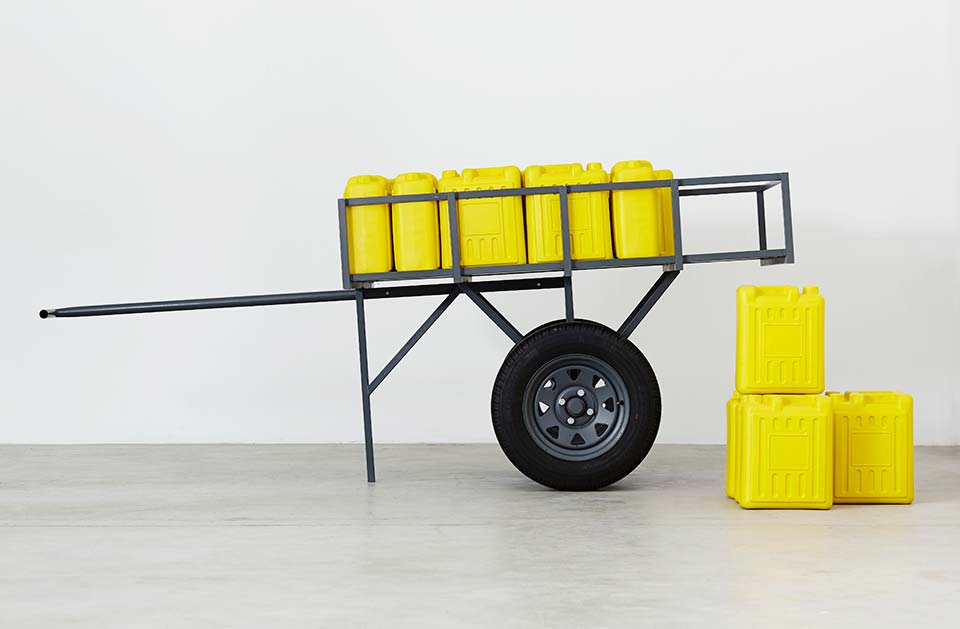 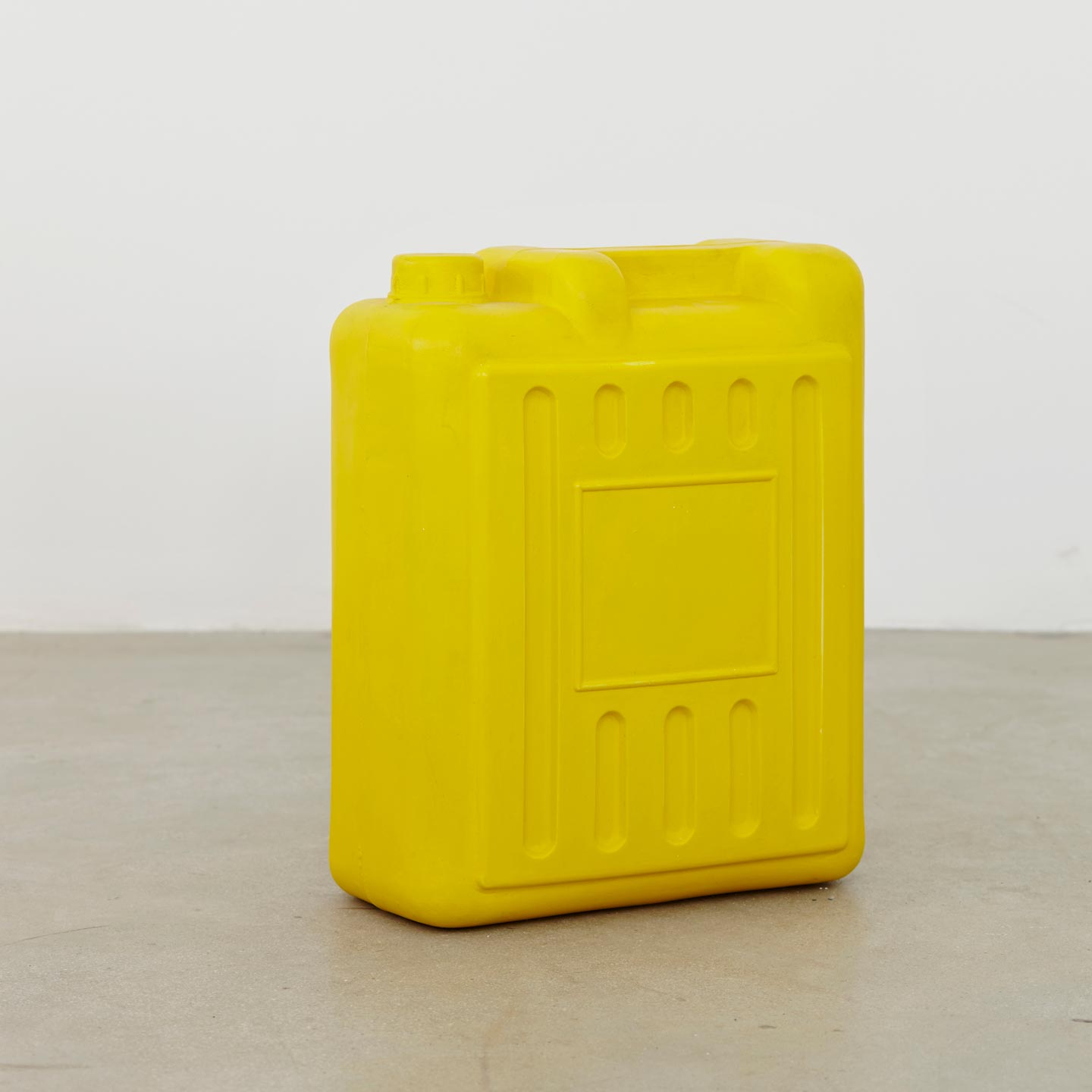 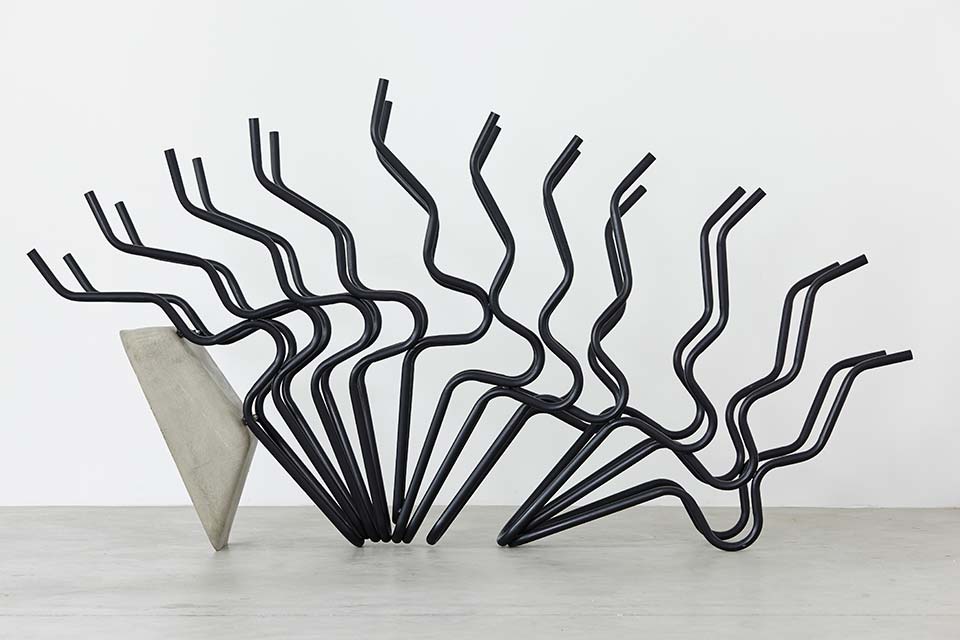 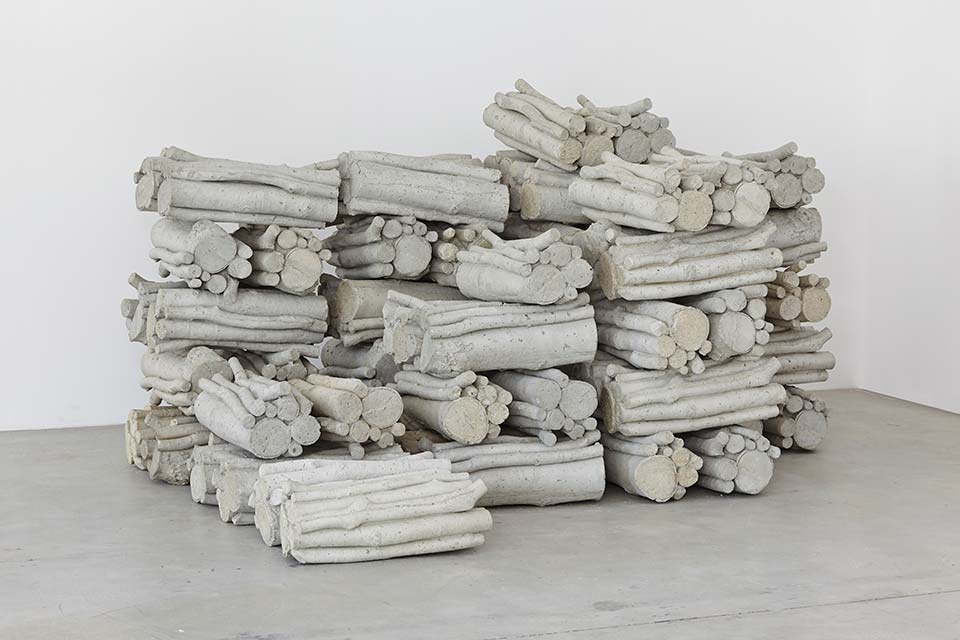 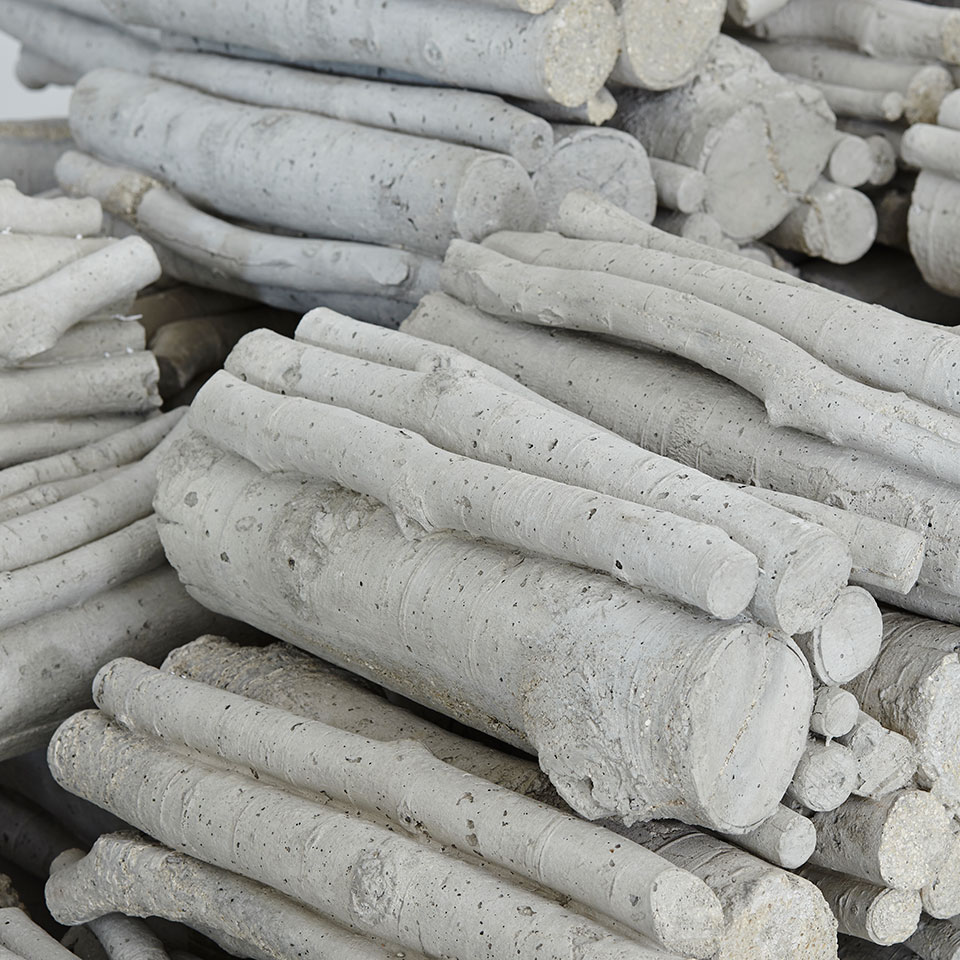 Head on a Plate 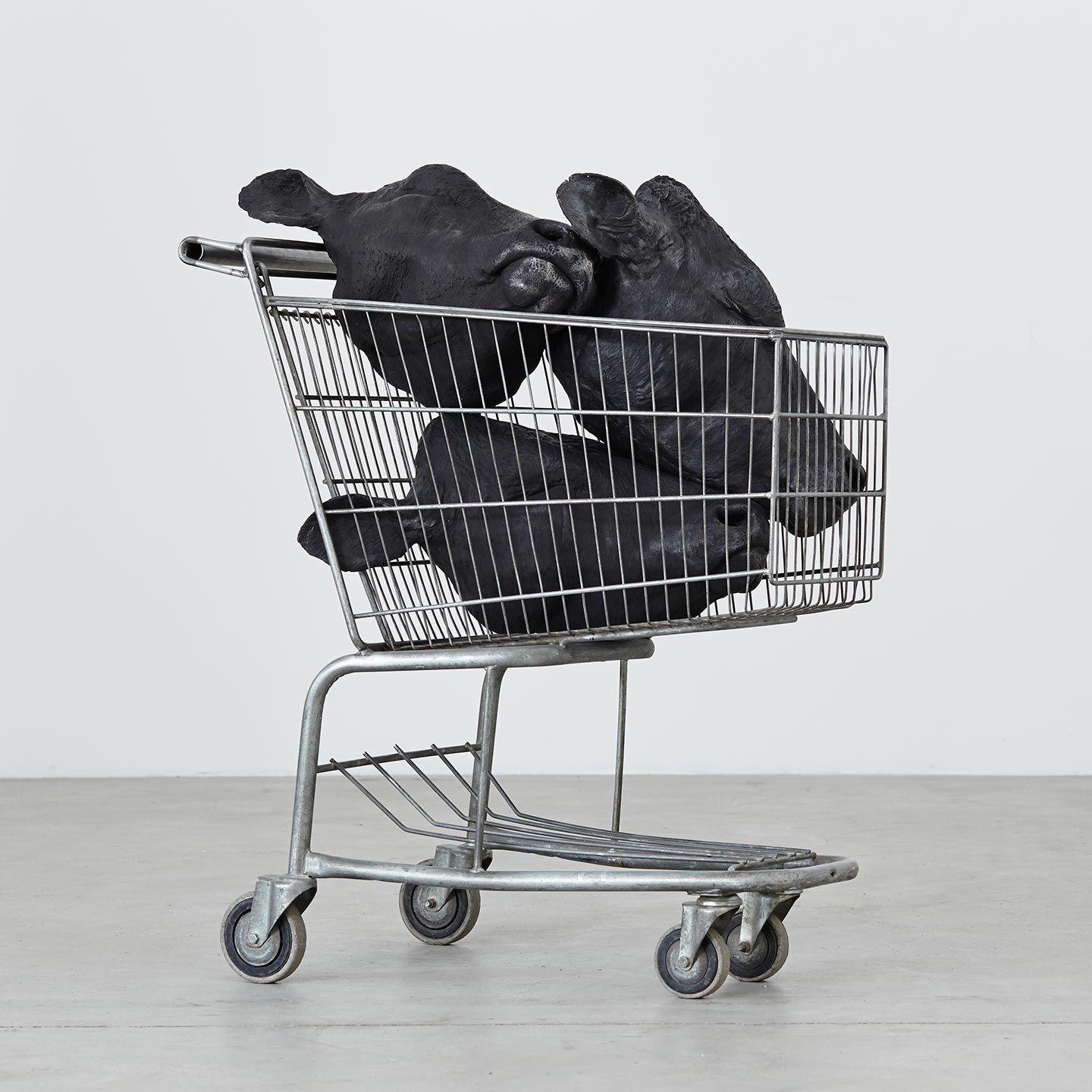 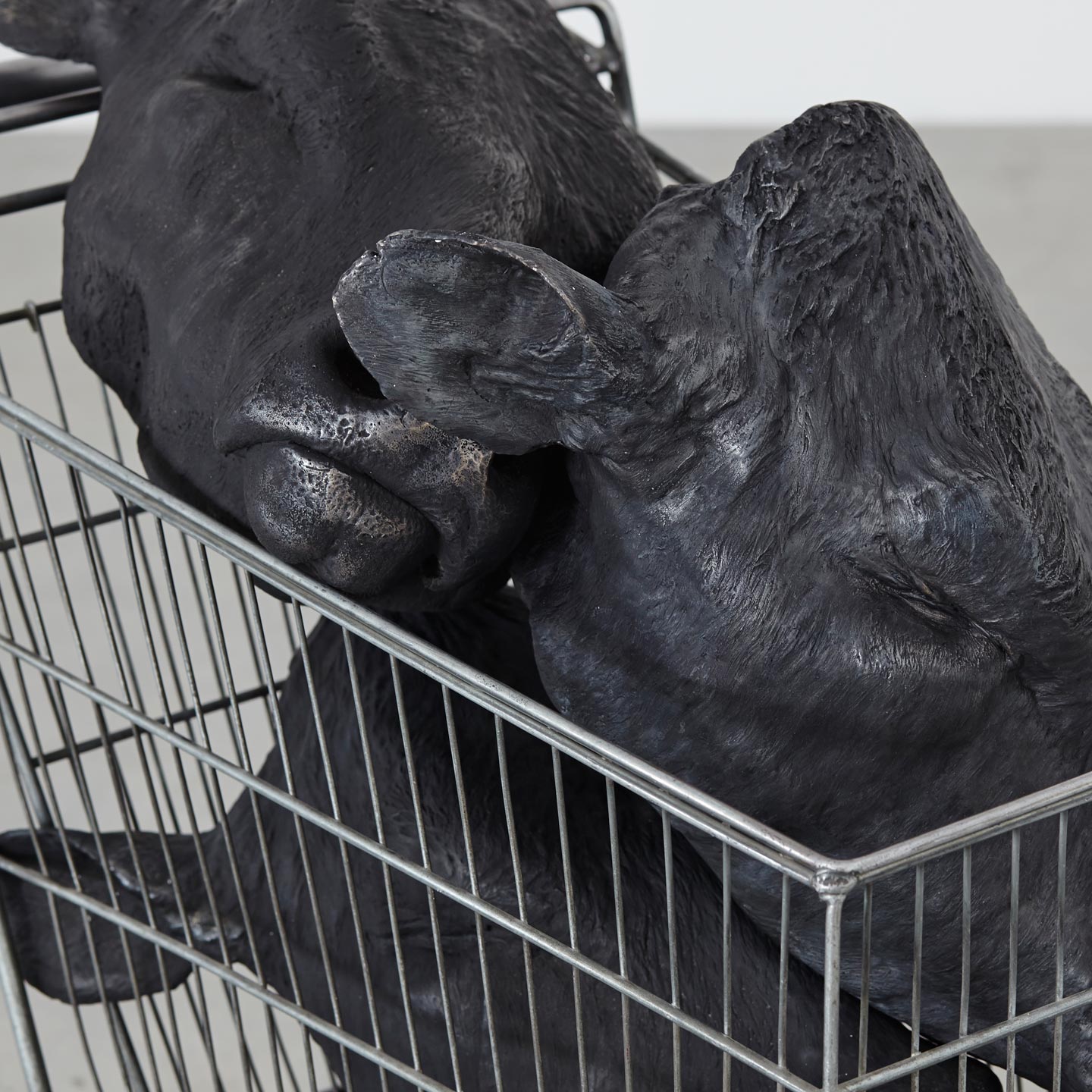 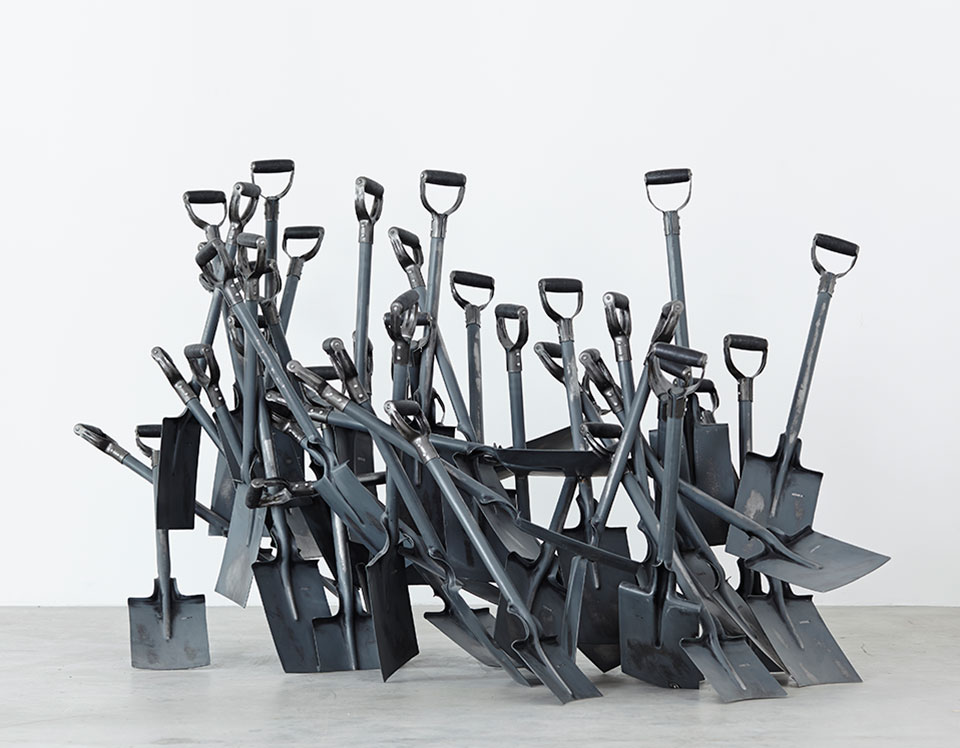 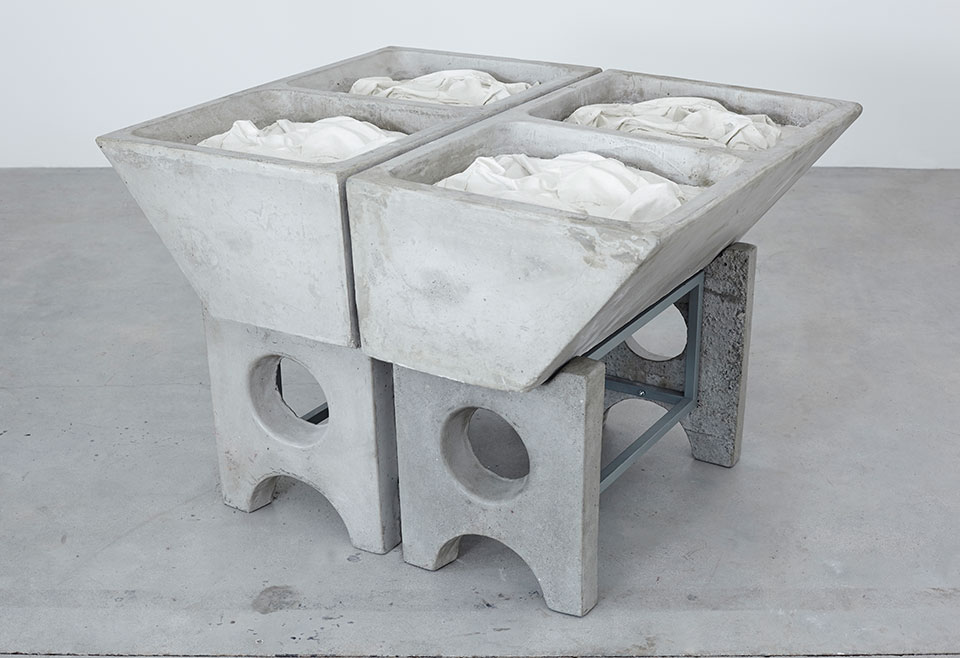 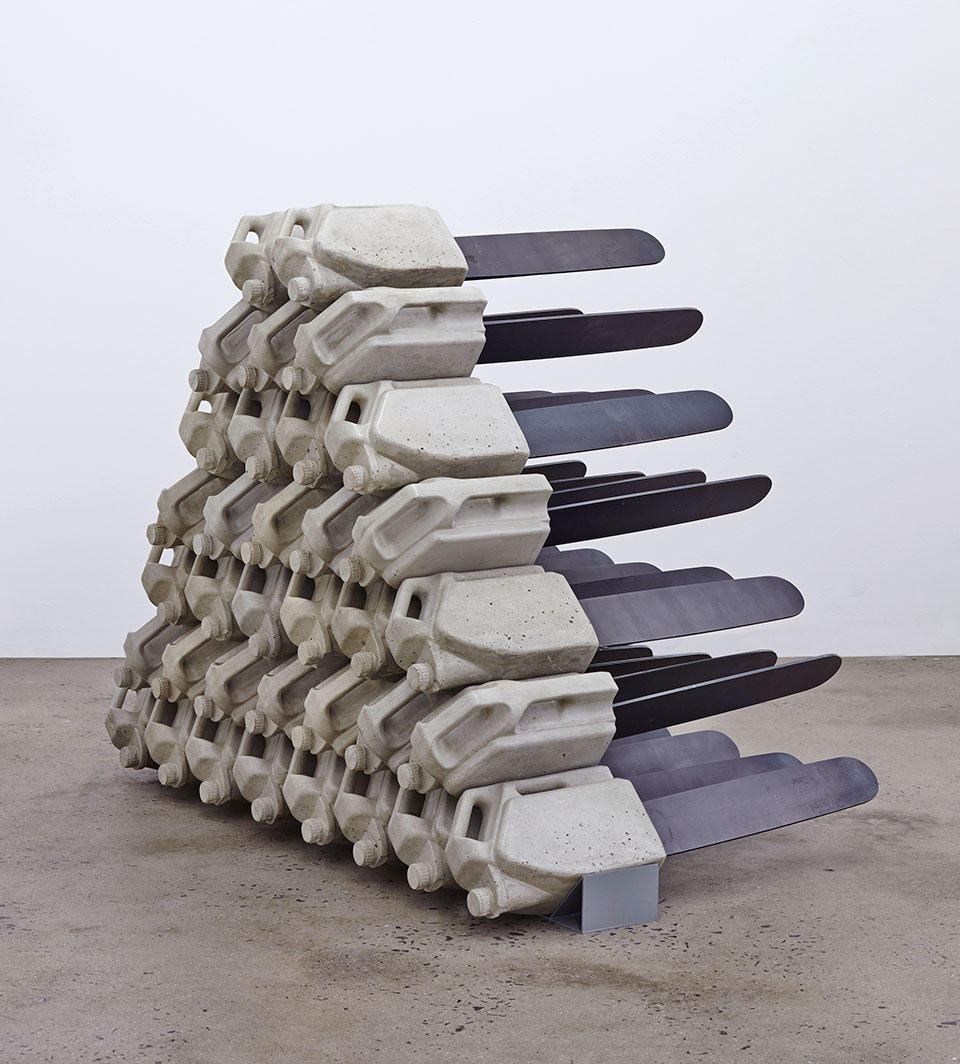 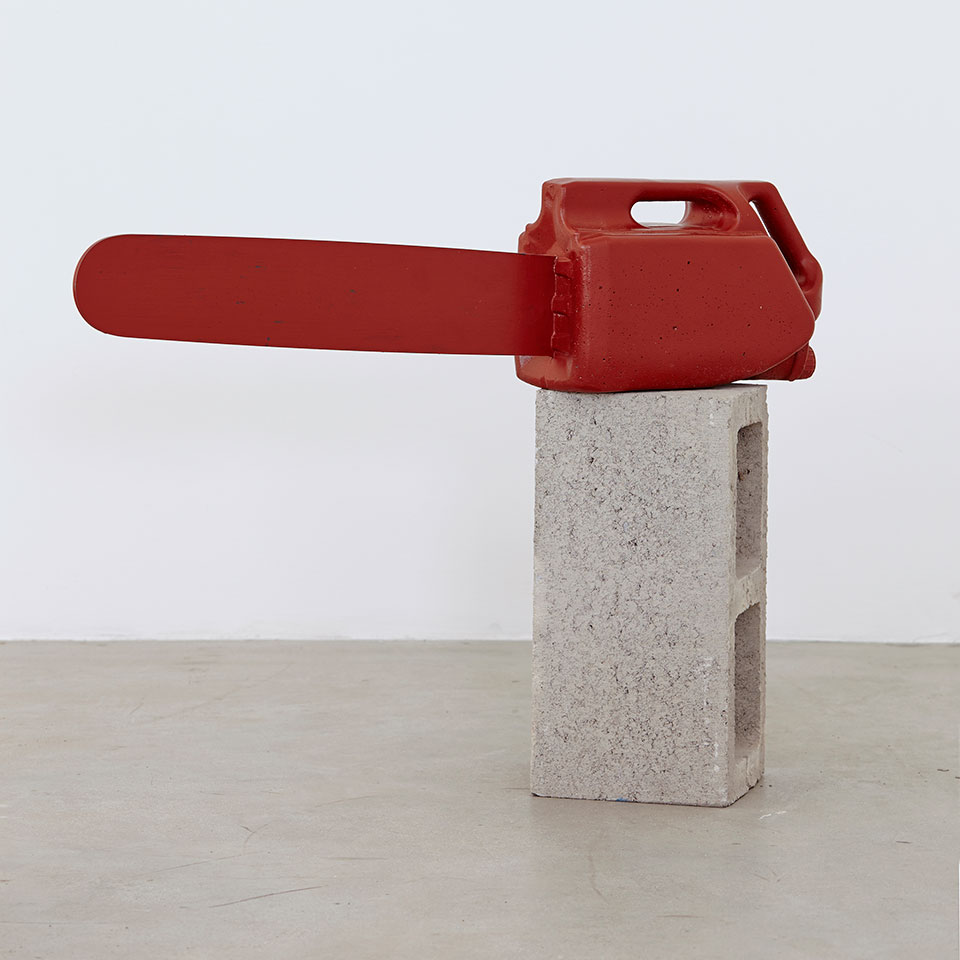 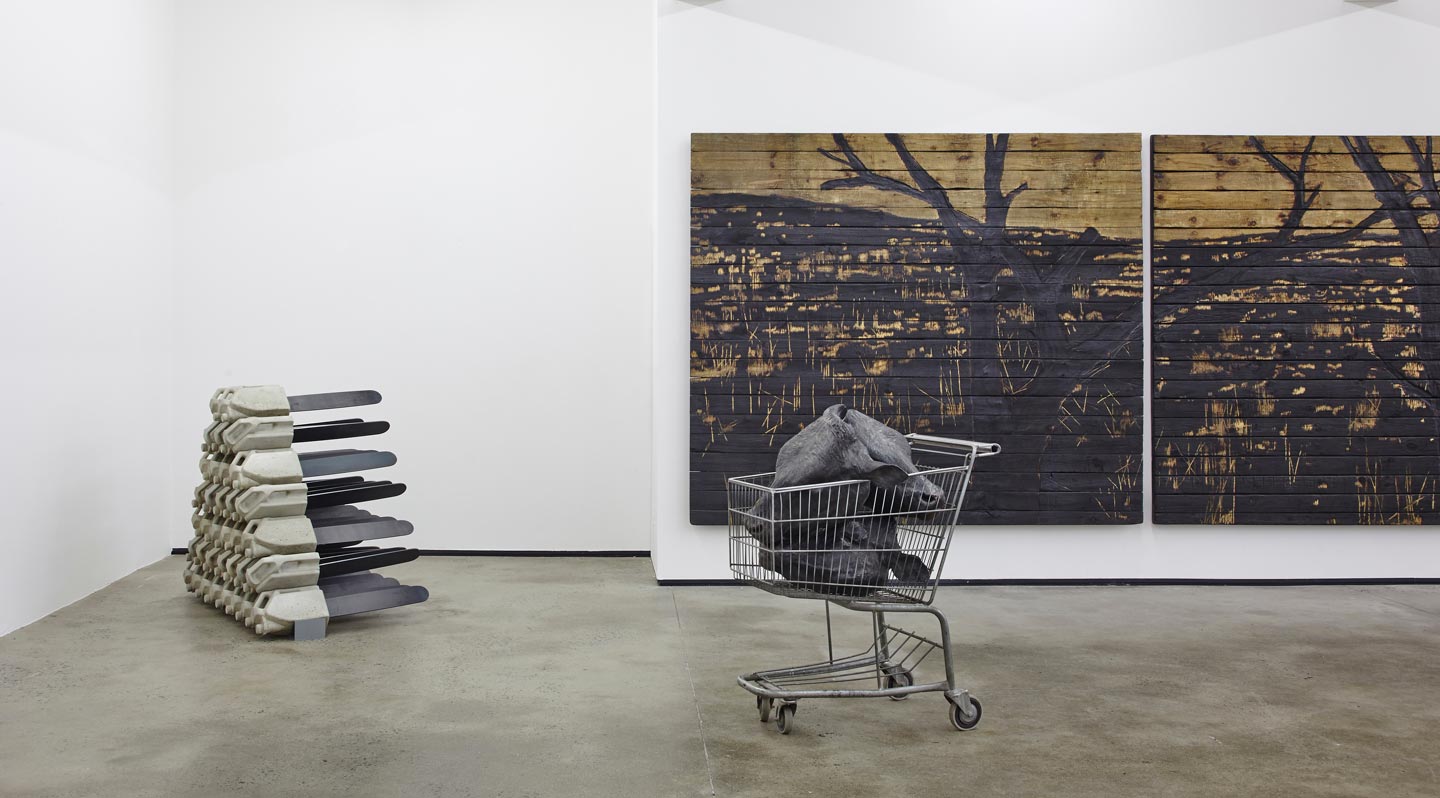 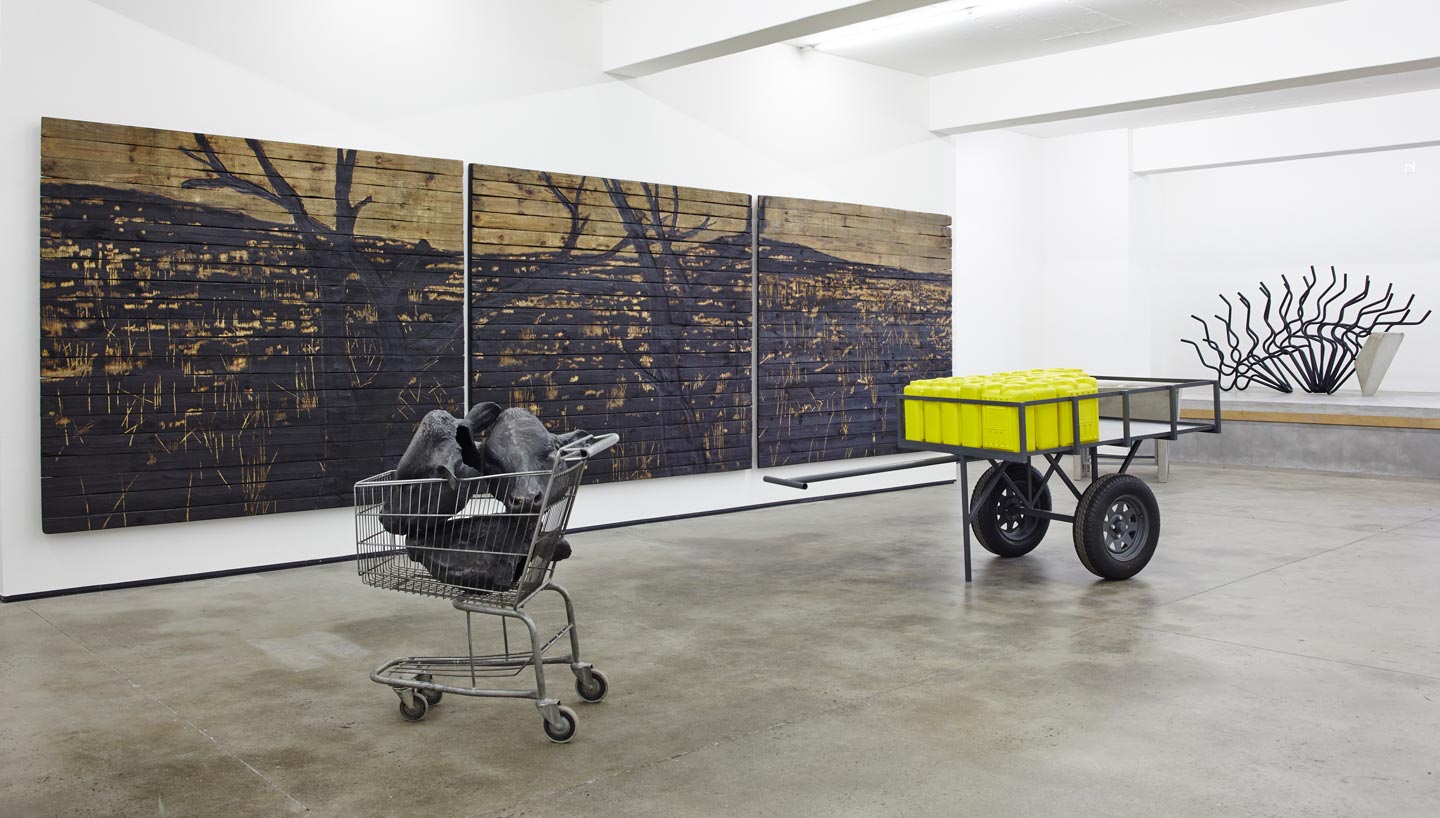 WHATIFTHEWORLD is pleased to present Manual a new exhibition of sculpture by Michele Mathison.

Vladimir Tatlin’s proposal for the Monument to the Third International must rank as one of the most sobering moments ever in visual culture history. Like Leonardo’s Horse, which for five centuries remained unrealized beyond maquette-stage, the so-called Tatlin’s Tower remains unrealised, and has, in its absence, become a kind of monument to the Soviet Revolution’s central folly: hubris. Tatlin’s sculptural behemoth remains unbuilt because of its sheer impracticality –  besides the ridiculous proposed height of 400m (apparently set to intentionally dwarf France’s Eiffel Tower), its various moving parts and levels rotating at various speeds would have been nightmarish to maintain. Most idealistic, however, was the notion that projectors on the tower would have been able to project images, slogans and messages onto the clouds on overcast days. One imagines good proles halting their daily toil just long enough to pluck pearls of wisdom from the Politburo out of the clouds.

Zimbabwean-born artist Michele Mathison makes sculptures that seem to drag Modernism’s idealism through the mud of contemporary reality. In the process, Mathison’s works themselves become mini-monuments to a new understanding of both the brutality and integrity of labour. A hybrid of Constructivism’s notions and Futurism’s repetitious movement, works like Dig Down becomes a profusion of forms and gestures, a distilled concentration of frantic movements from all directions culminating in a single point. Even more so, Breaking ground traces the arcs of motion of thirty seven picks. Seen in reverse, the picks seem to rear up from out of the earth, abrupt aberrations out of the Earth’s quiet surface.

The position of Mathison’s studio in downtown-Johannesburg, near the hostels and informal settlements populated by large numbers of his fellow countrymen, economic refugees from a floundering revolution, informs his approach. He speaks of an interest in physical work, of manual labour, as the exhibition title suggests. His work draws parallels between the necessity experienced by many of having to earn their wages by working with their hands, and his own process of production, which requires a similar form of manual work. In this sense, his body of work sets up an interesting solidarity between cultural work and industrial labour, but one that is perhaps less dewey-eyed than the Socialist tradition of terming artists ‘cultural workers’. Instead, works like Head on a plate remind the viewer that the high-level of energy exerted in their work renders slim pickings. Cows’ heads, parts of meat which those literally higher up the food chain reject, are purchased cheaply at the offal windows of commercial butcheries in Johannesburg, then cooked and sold on the streets to the cities labour force and taxi drivers. The dream of liberation and empowerment through labour is, in the work of Mathison, given the lie, and shown to be a fallacy that both Zimbabwe’s abortive Socialism and South Africa’s rampant Capitalism need rather urgently to surrender.
– Michael Smith

Born in Johannesburg in 1977, Michele Mathison has been living and working on both sides of the border between South Africa and Zimbabwe. His work is a study on the value of common objects and how they have developed into the prevalent imagery and symbols of the regions tumultuous times. By removing the utility from functional objects, Mathison is presenting the irony of their transformation into a symbolic guise. Examining the form and function of quotidian objects, Mathison builds geometric groups and visual fields. Considering how an individual piece relates to the whole, the work creates a narrative of the region’s collective concerns. Most recently Mathison has represented Zimbabwe at the 55th Venice Biennale, his works form part of the Zeitz MOCCA collection, as well as numerous private collection. This is Mathison’s first solo exhibition with WHATIFTHEWORLD.