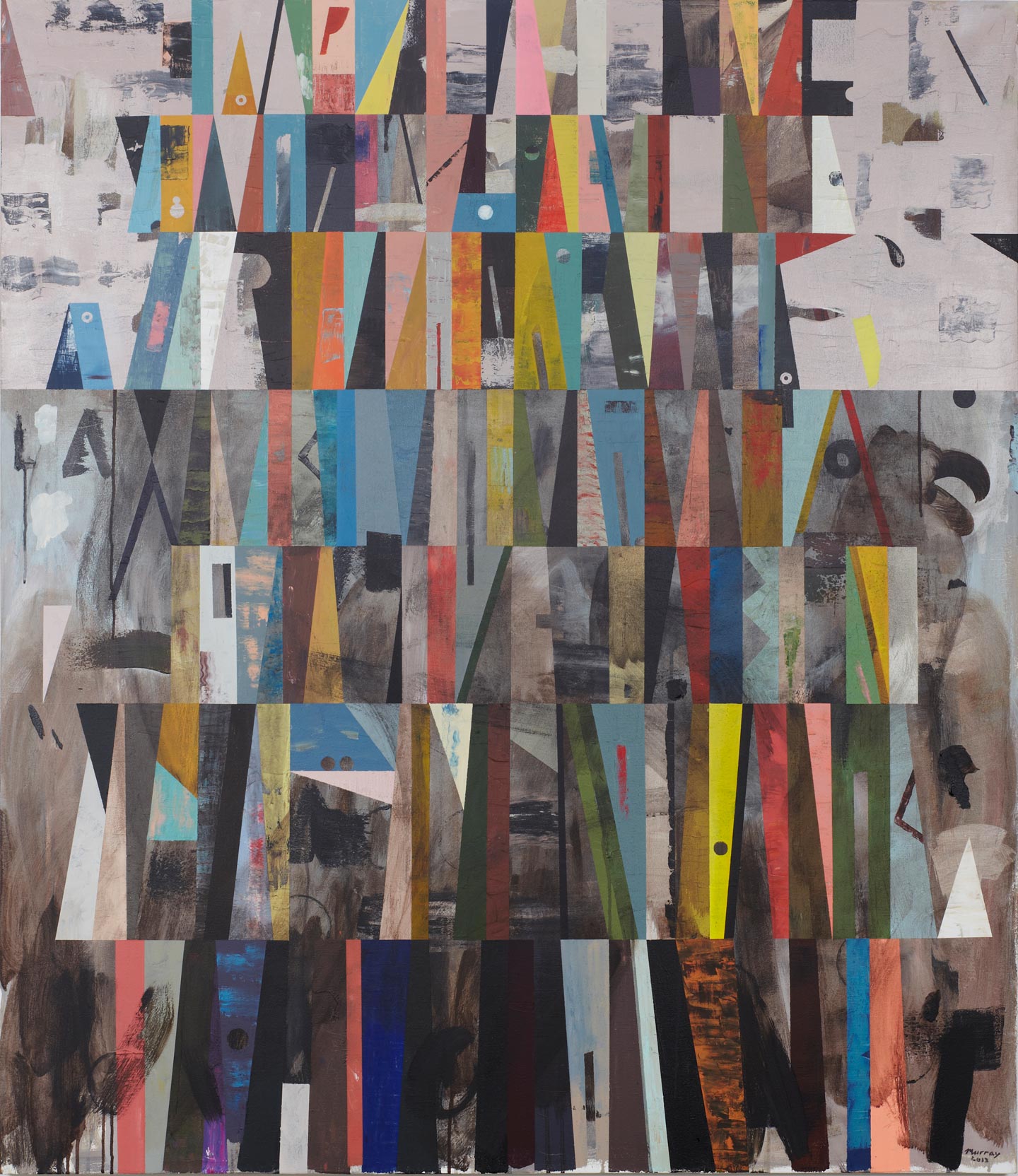 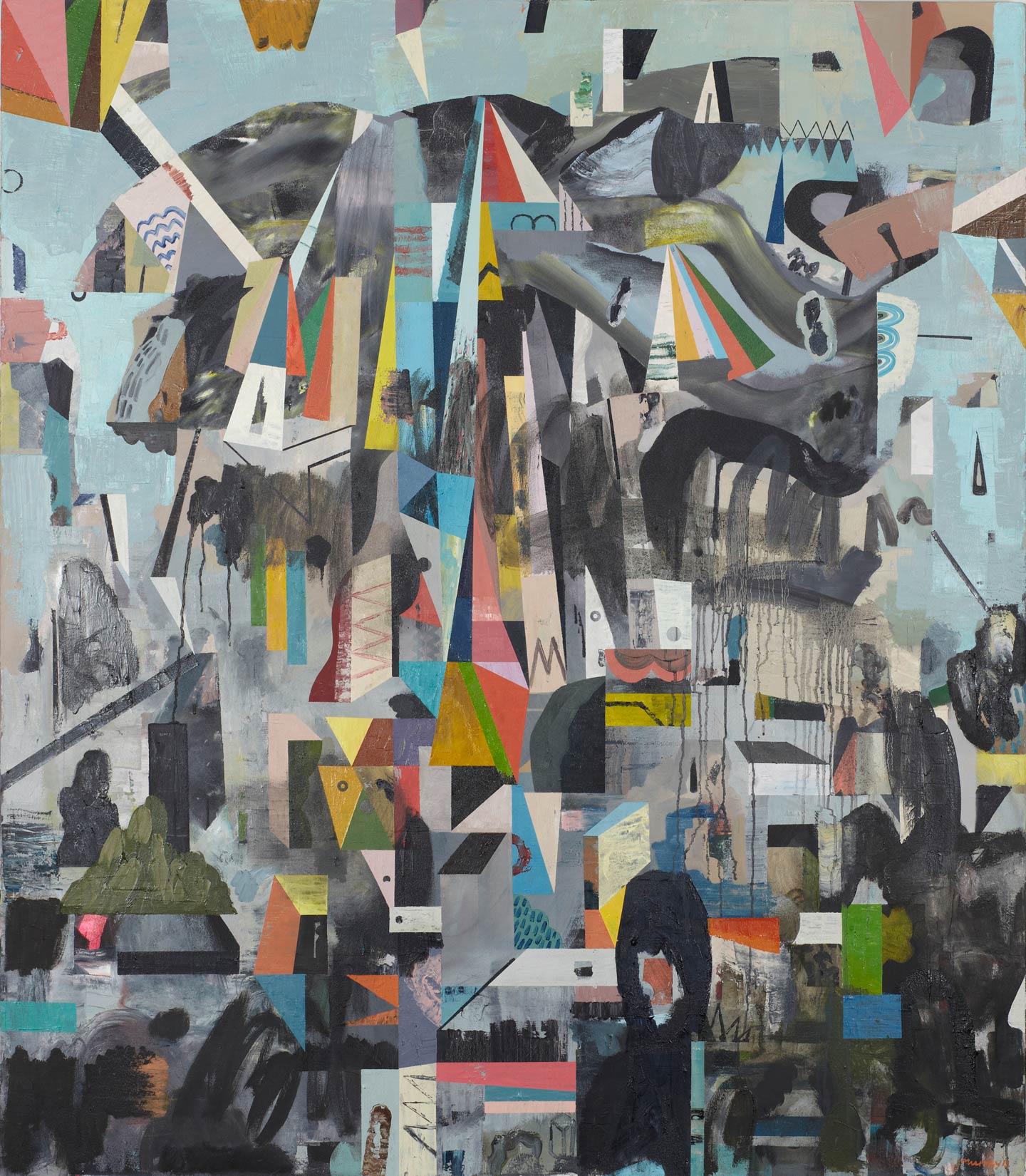 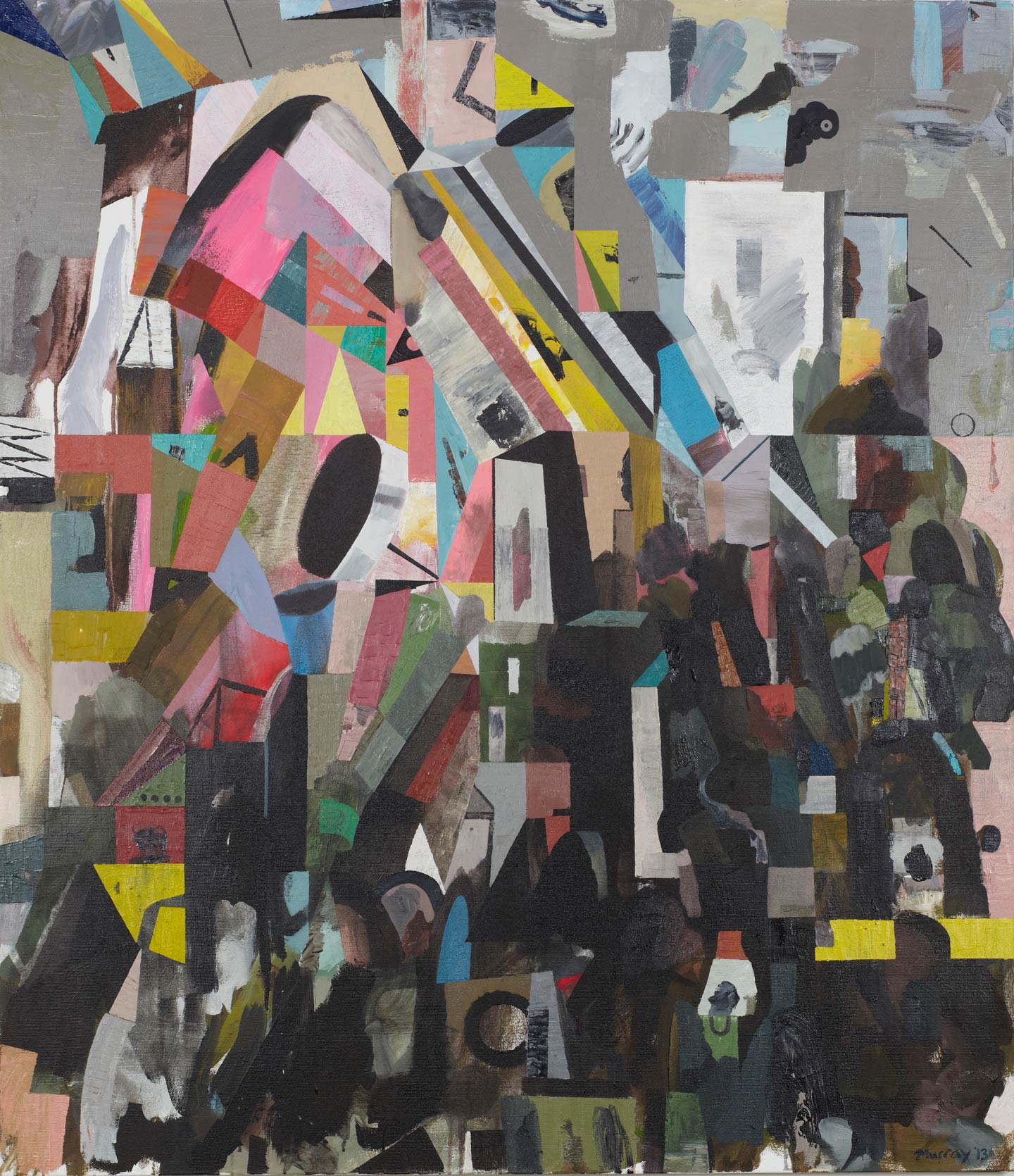 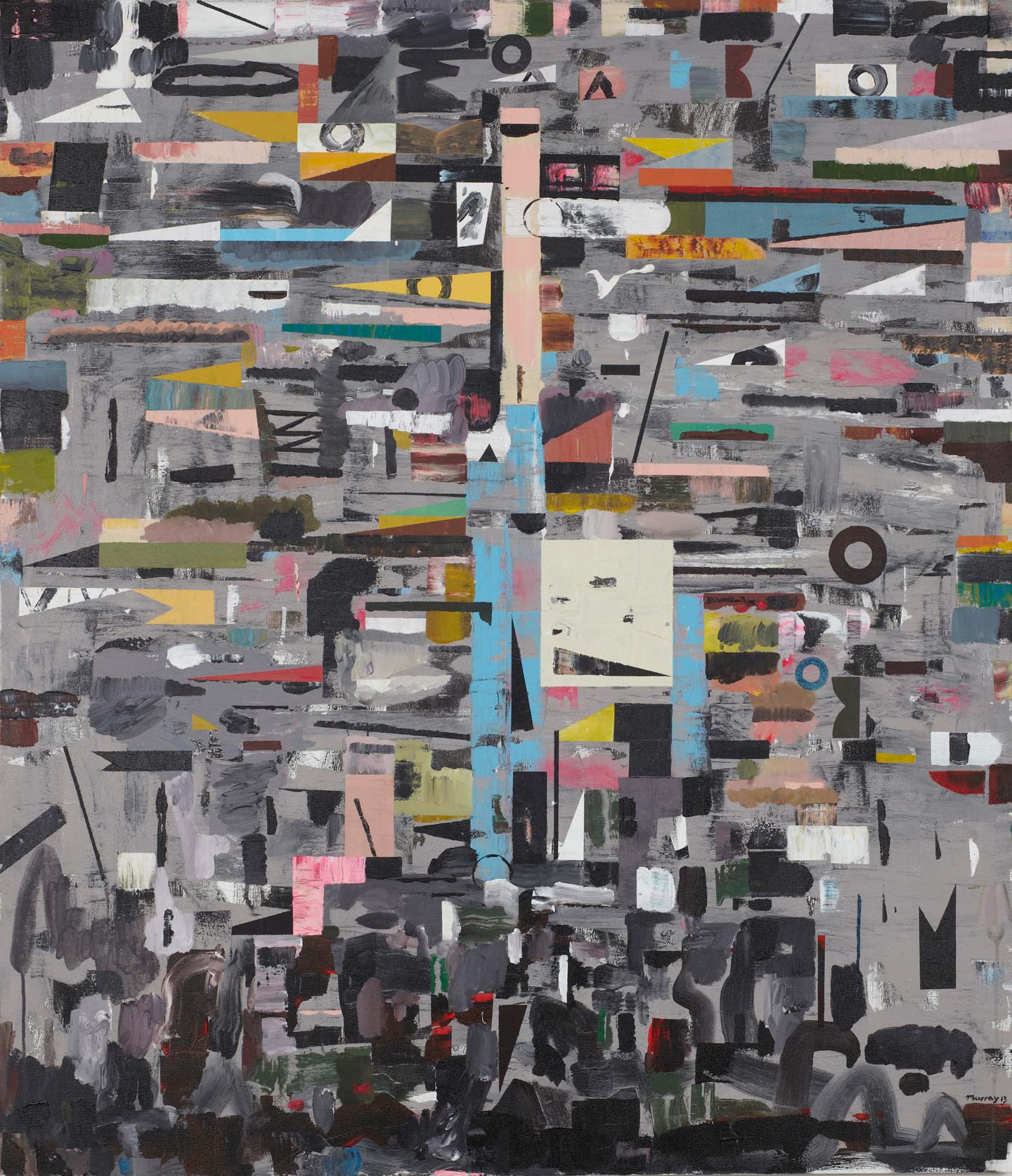 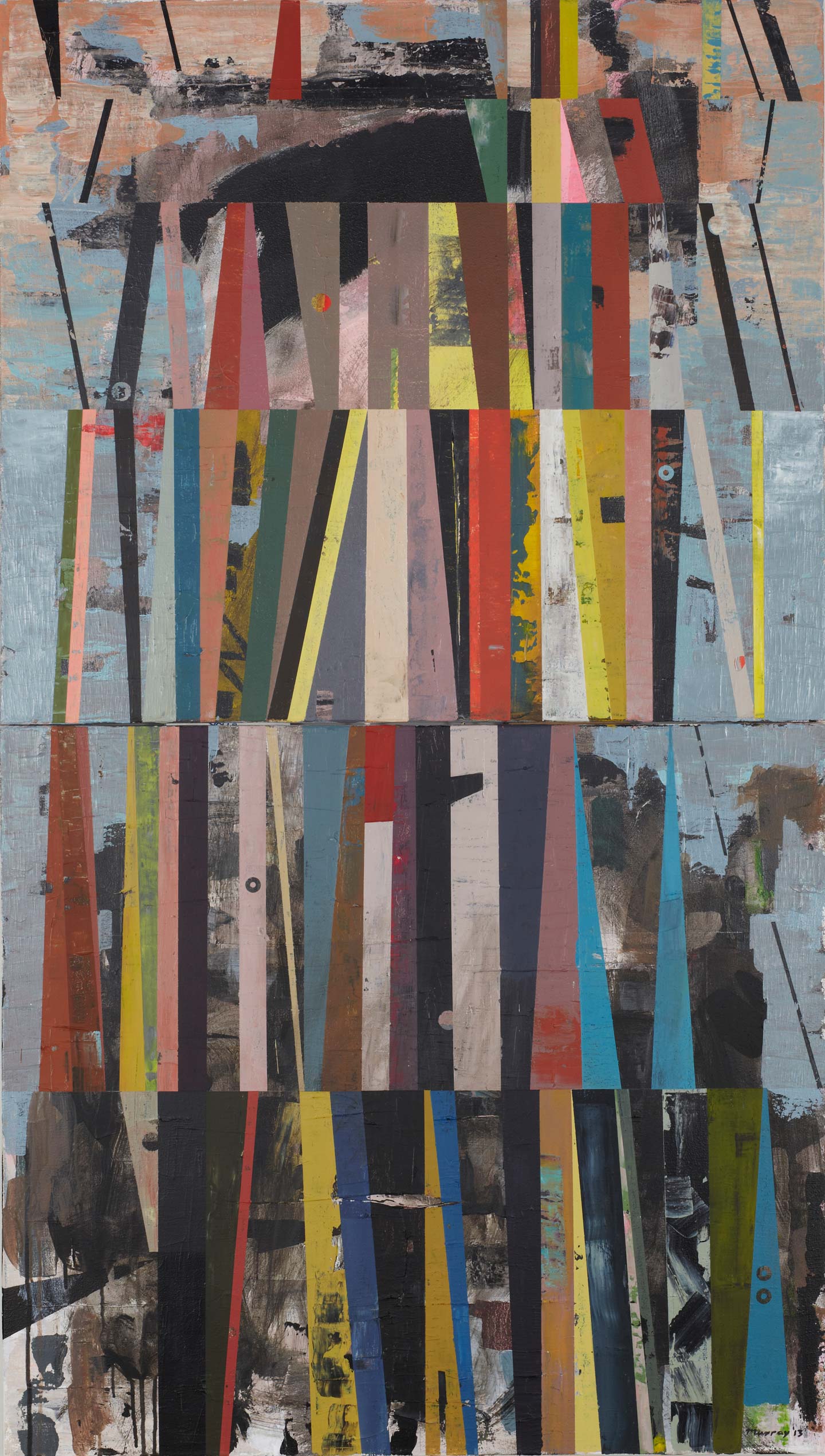 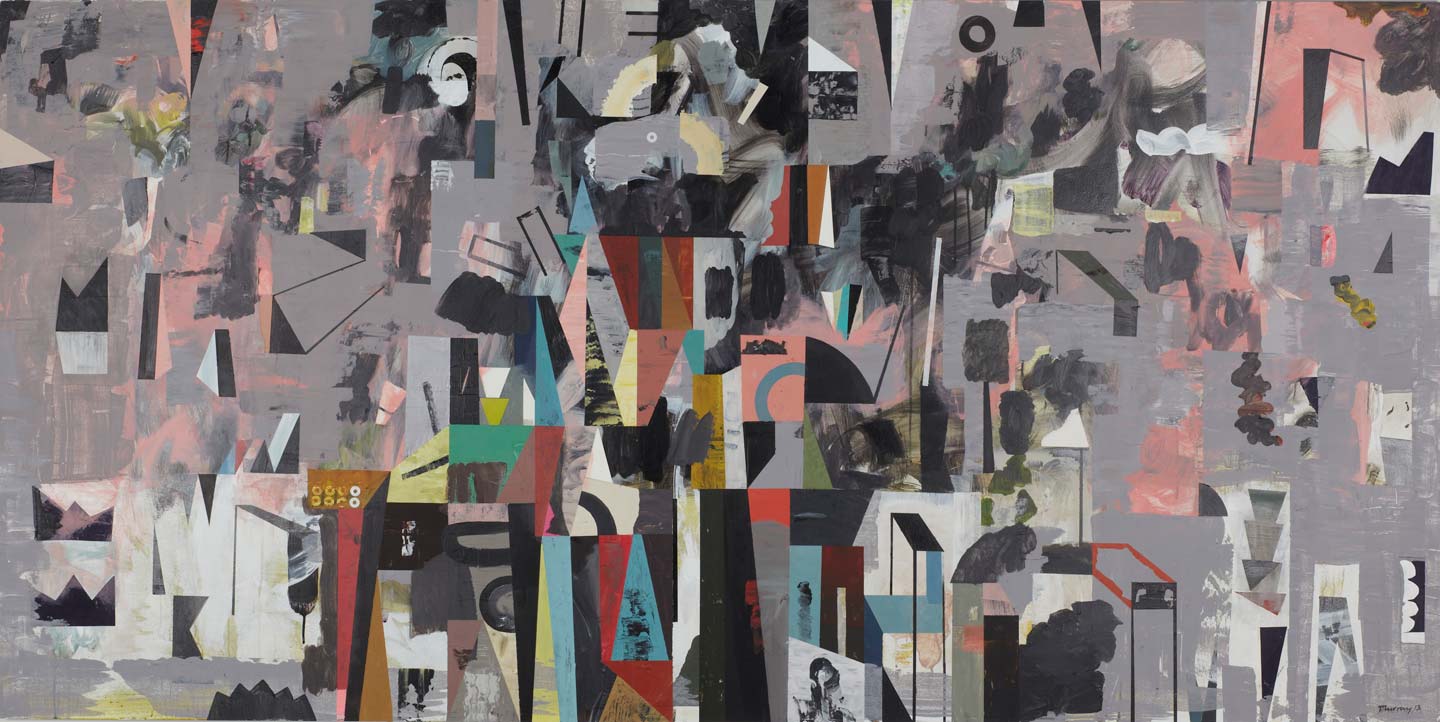 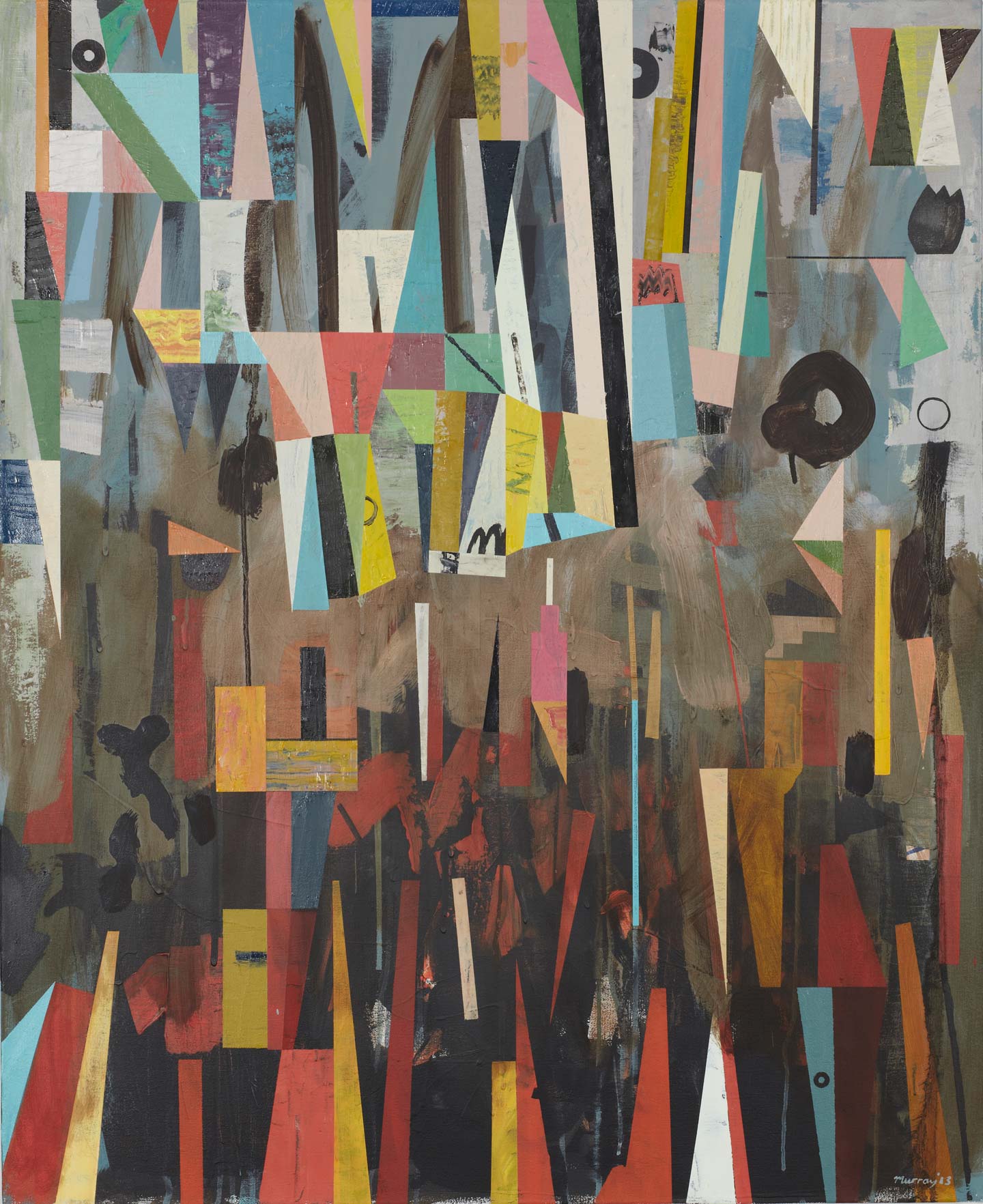 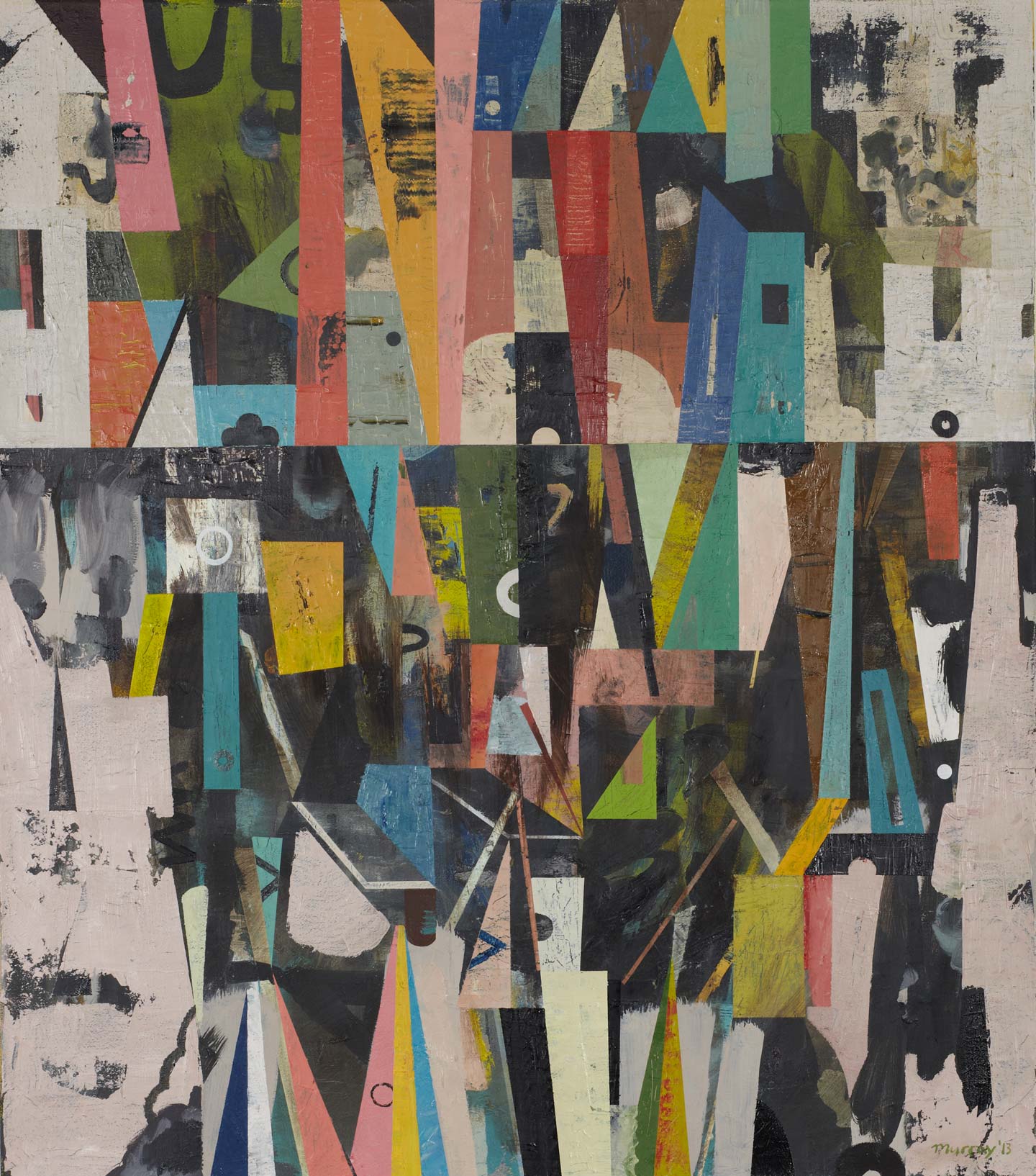 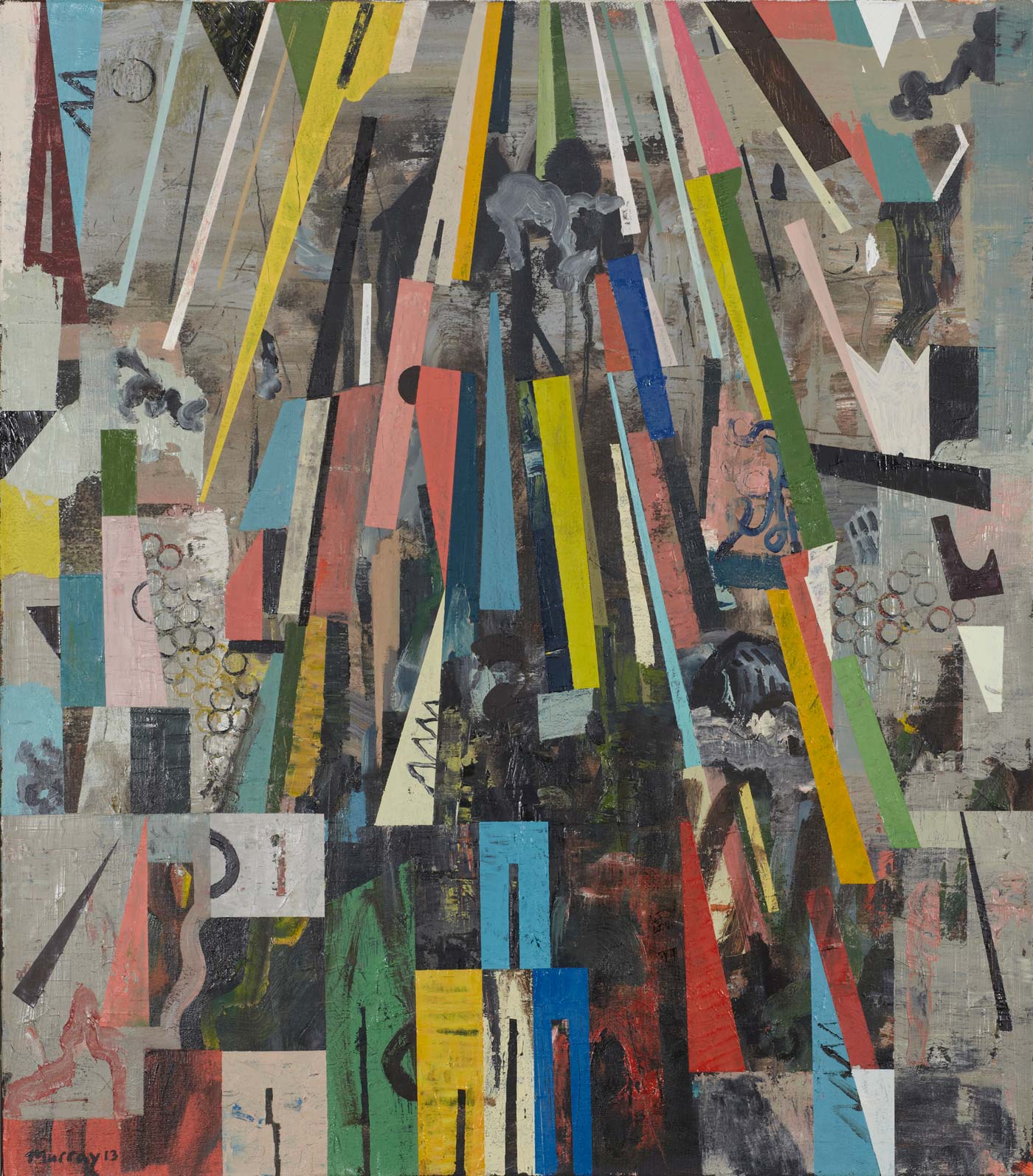 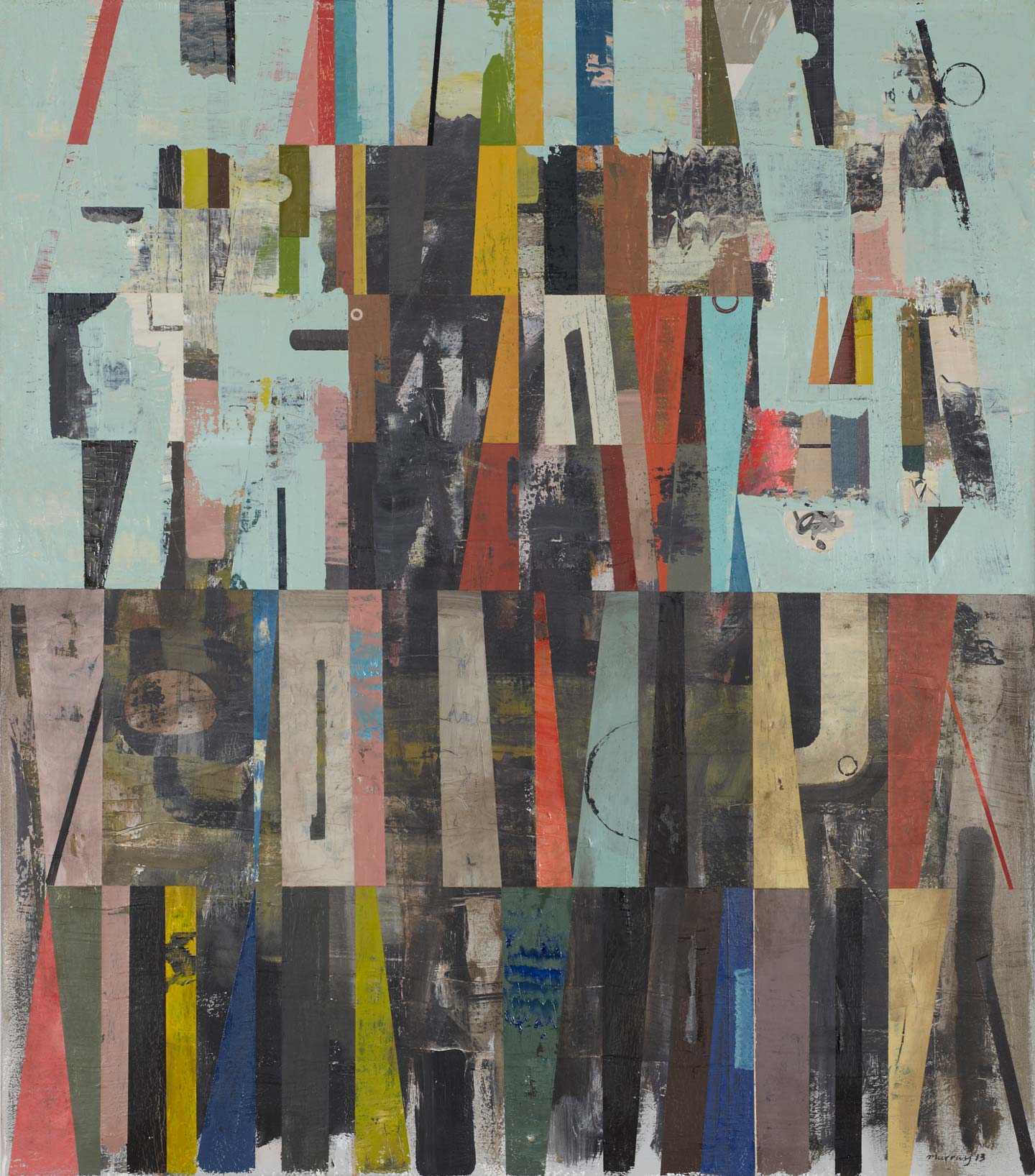 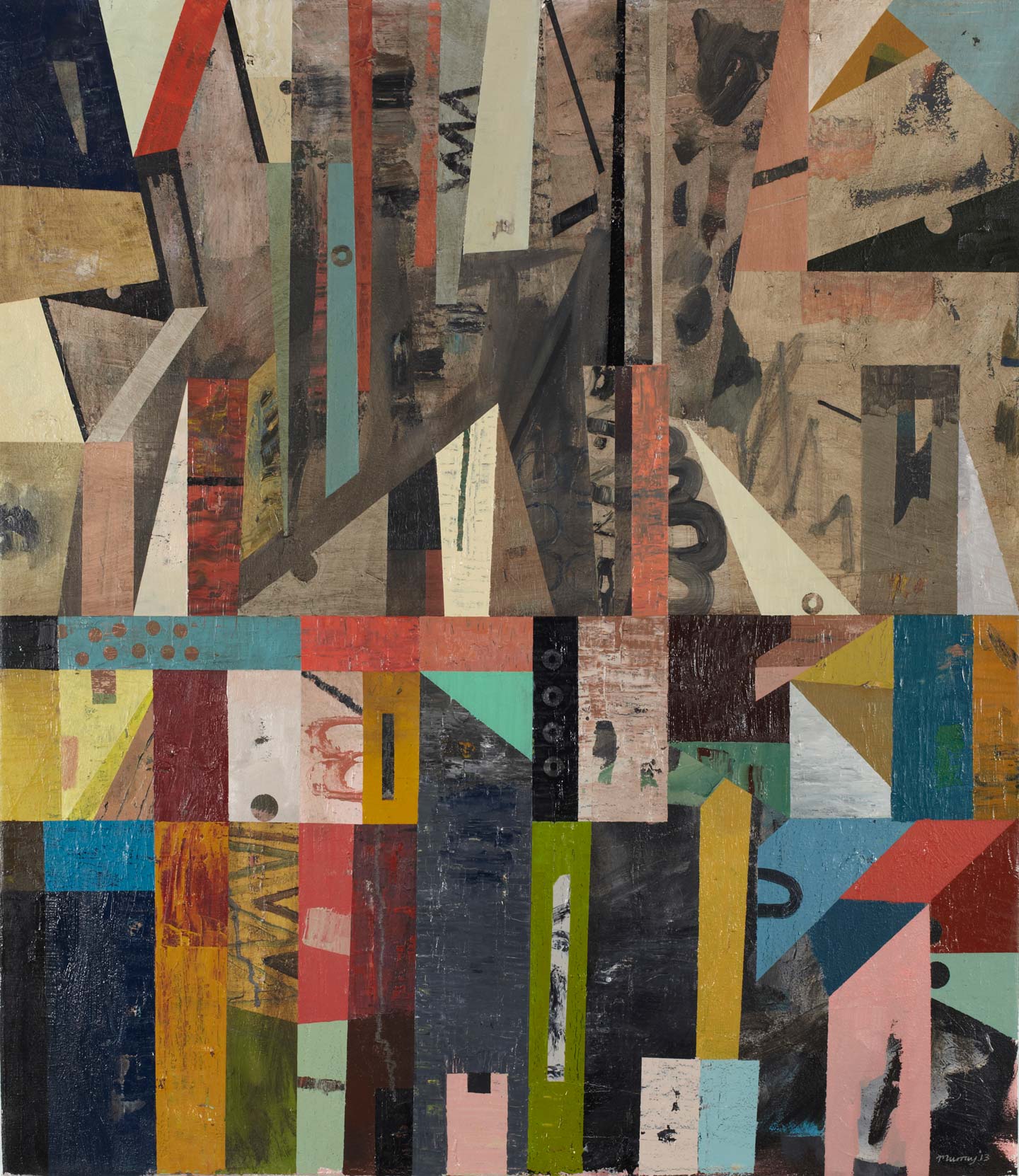 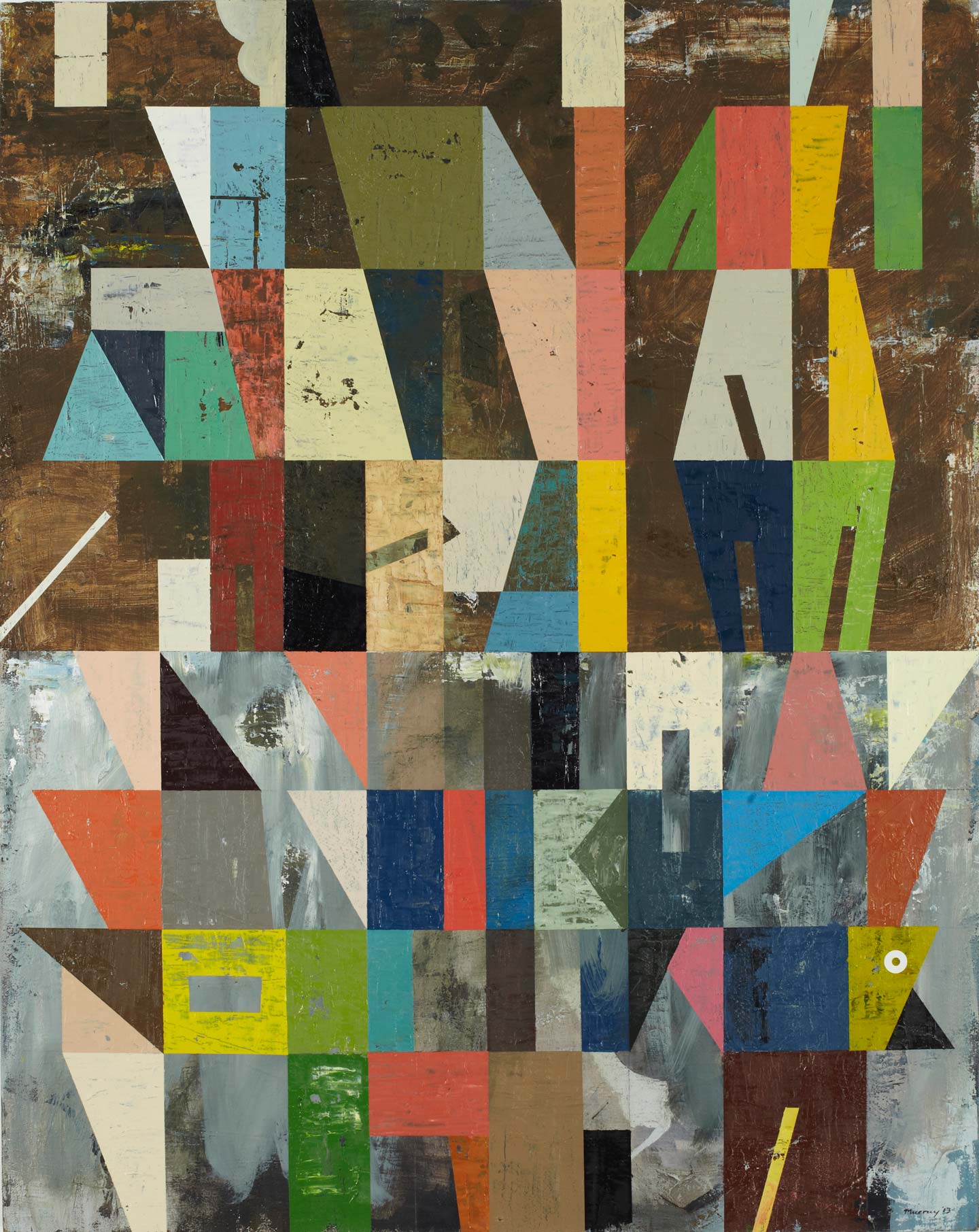 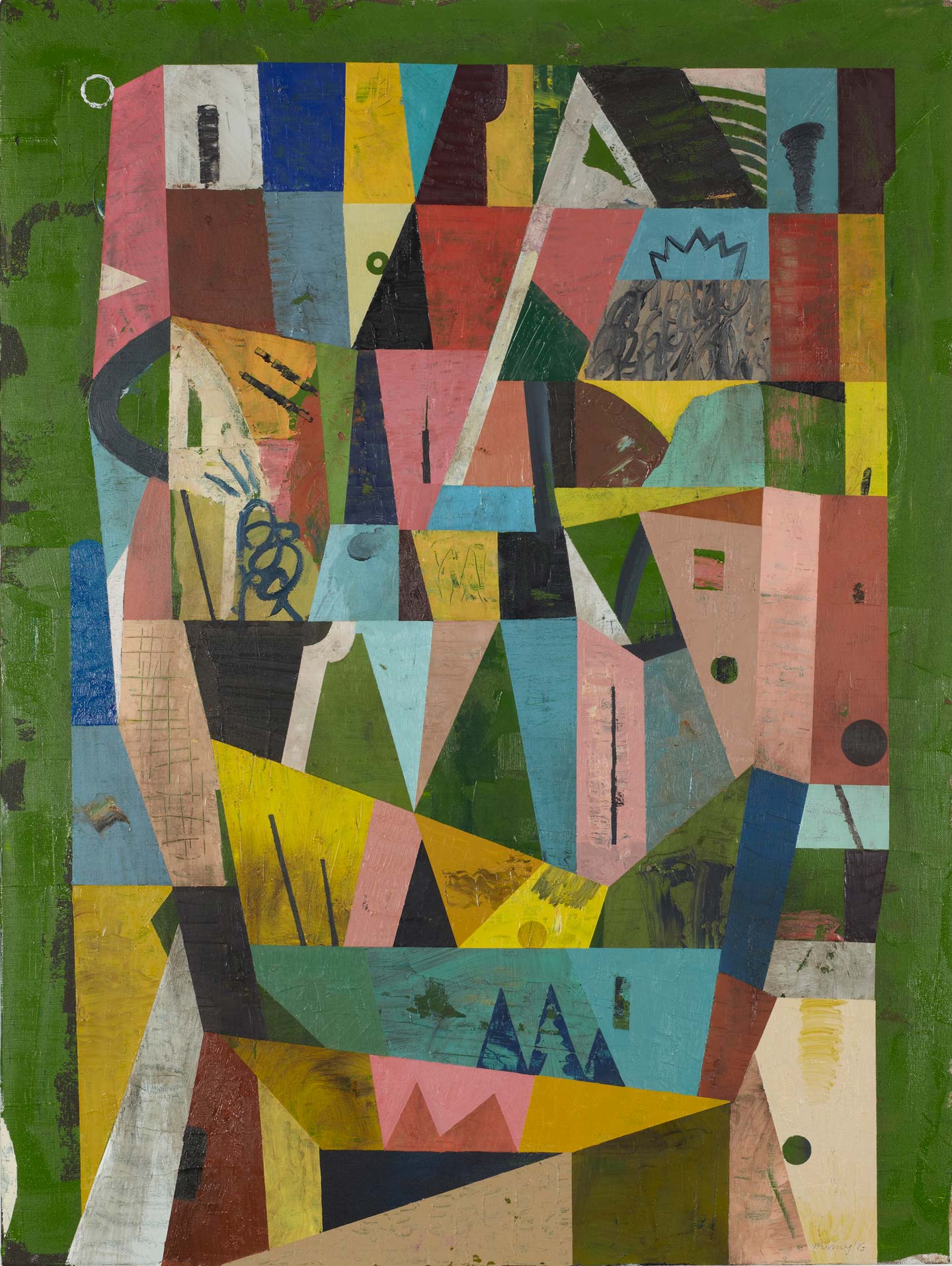 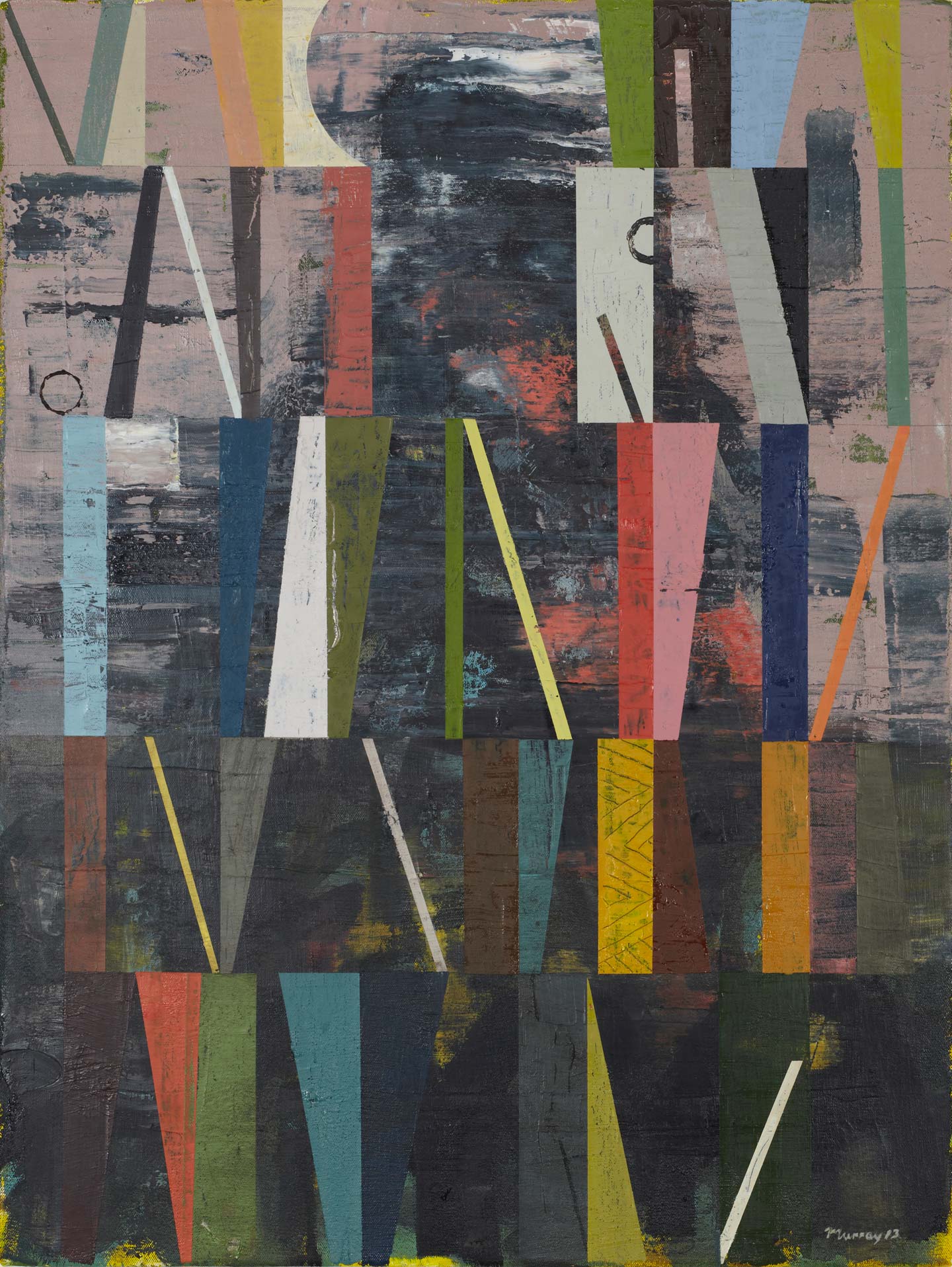 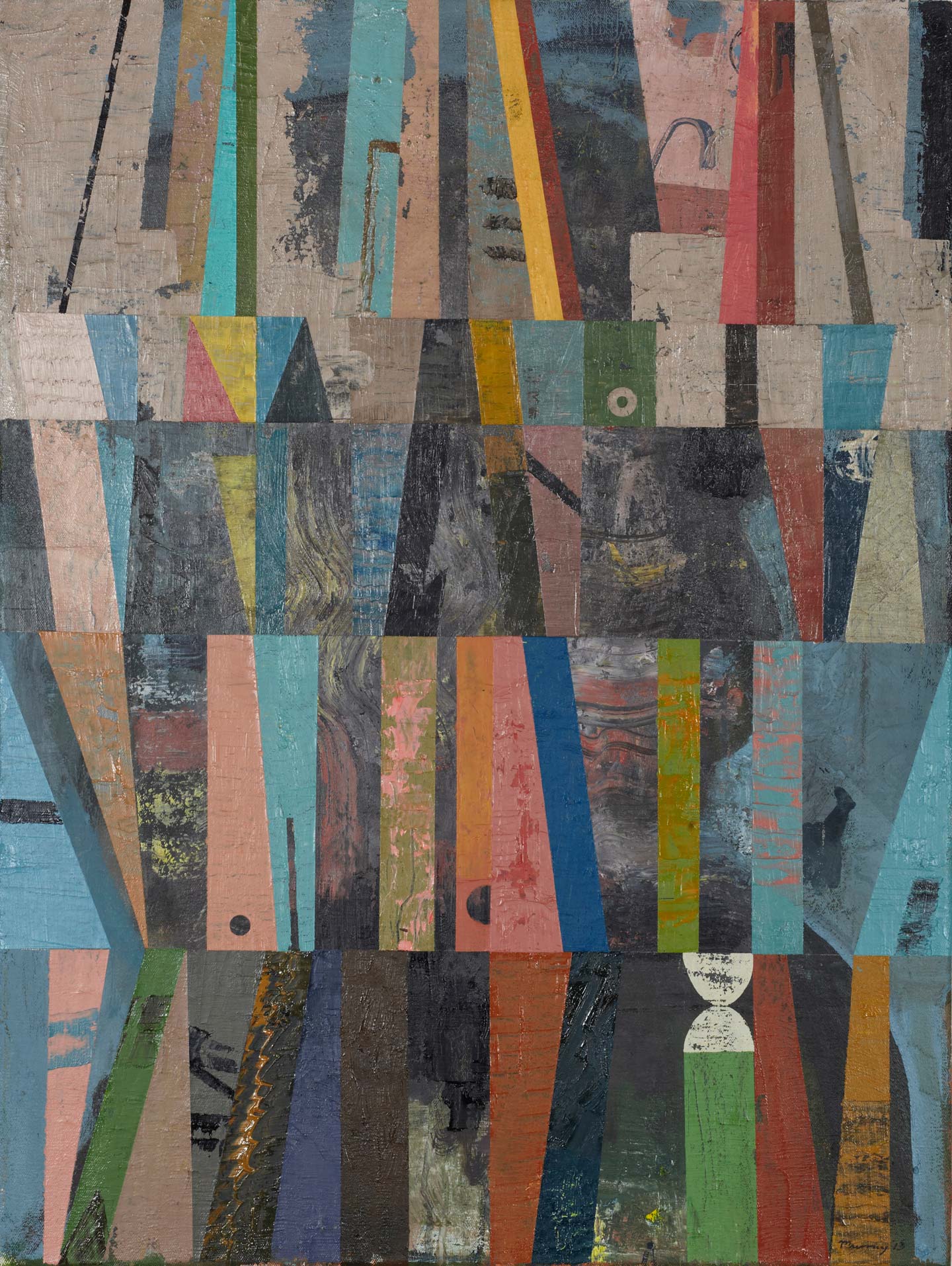 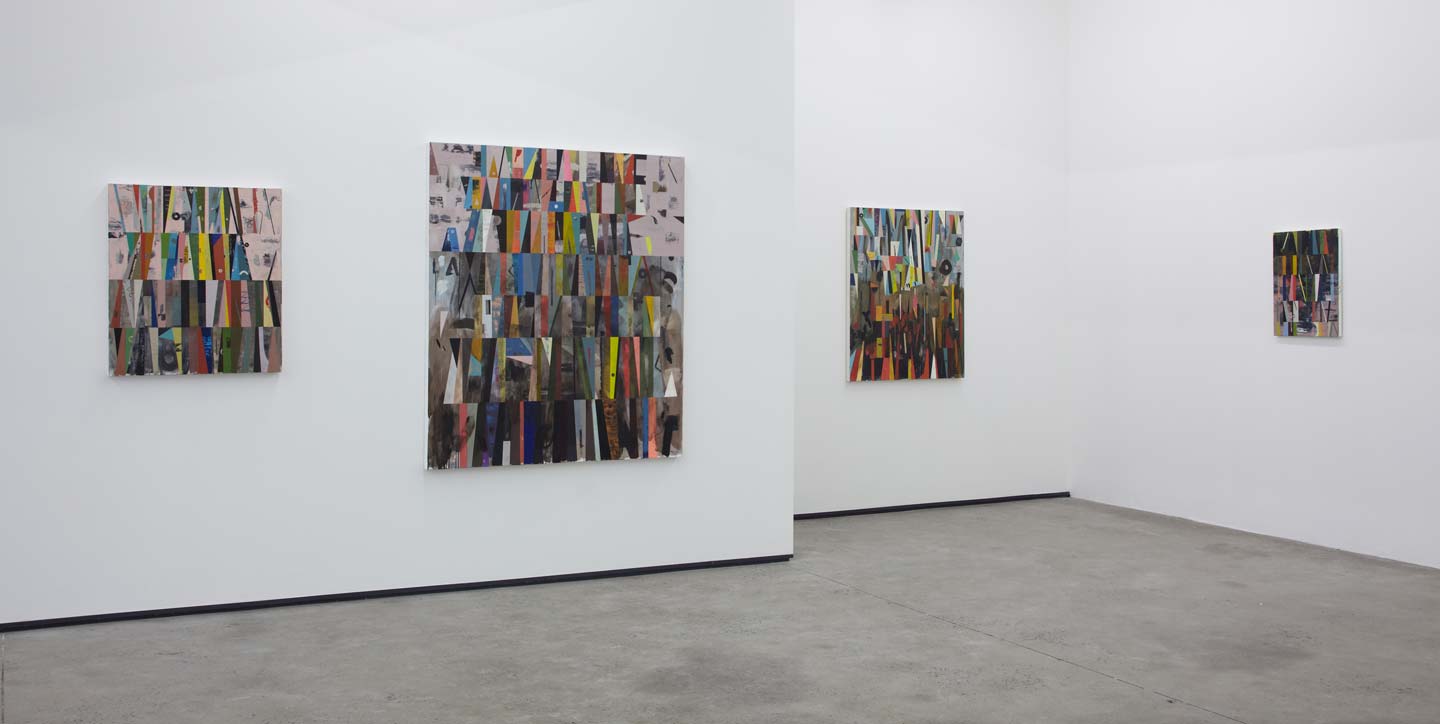 WHATIFTHEWORLD is pleased to present Ecstatic Entropy, an exhibition of new paintings by South African artist John Murray. Using the term entropy as a starting point to frame this body of work, Murray has created a series of paintings that exist in a state of tension between order and chaos.

The paintings, whilst attempting representational gestures toward landscapes, structures or symbols, ultimately fail in their task. Functioning in a liminal space, the paintings fall indecisively between organic form, geometric shapes and allusions toward landscape and architecture.

en·tro·py  (ntr-p)
n. pl. en·tro·pies
1. Symbol S For a closed thermodynamic system, a quantitative measure of the amount of thermal energy not available to do work.
2. A measure of the disorder or randomness in a closed system.
3. A measure of the loss of information in a transmitted message.
4. The tendency for all matter and energy in the universe to evolve toward a state of inert uniformity.
5. Inevitable and steady deterioration of a system or society.

John Murray is a South African painter living and working in Cape Town, South Africa. Finding significance in the contrasting states between certainty and uncertainty, the tangible and the imperceptible, playfulness and seriousness Murray moves between representational and non-representational forms.

More recently Murray’s work has leaned towards abstraction, not in its purest sense but rendered in a way that still hints at representational forms beneath the surface. These works, originally inspired by the different colors and hues that accumulated on the artists mixing pallets whist working; have evolved in to an ongoing series of paintings that allude structures that are simultaneously in the process of forming or perhaps disintegrating.