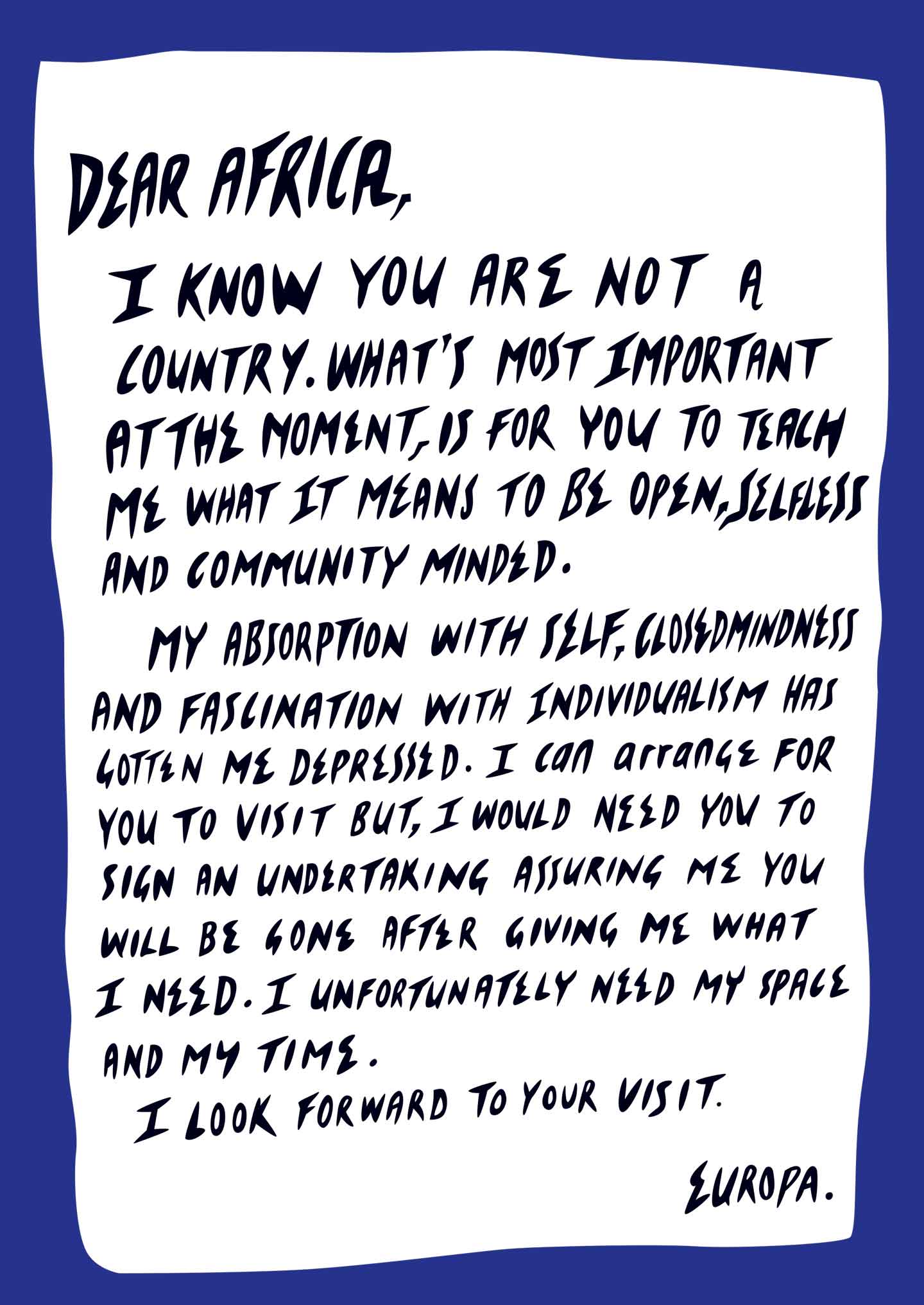 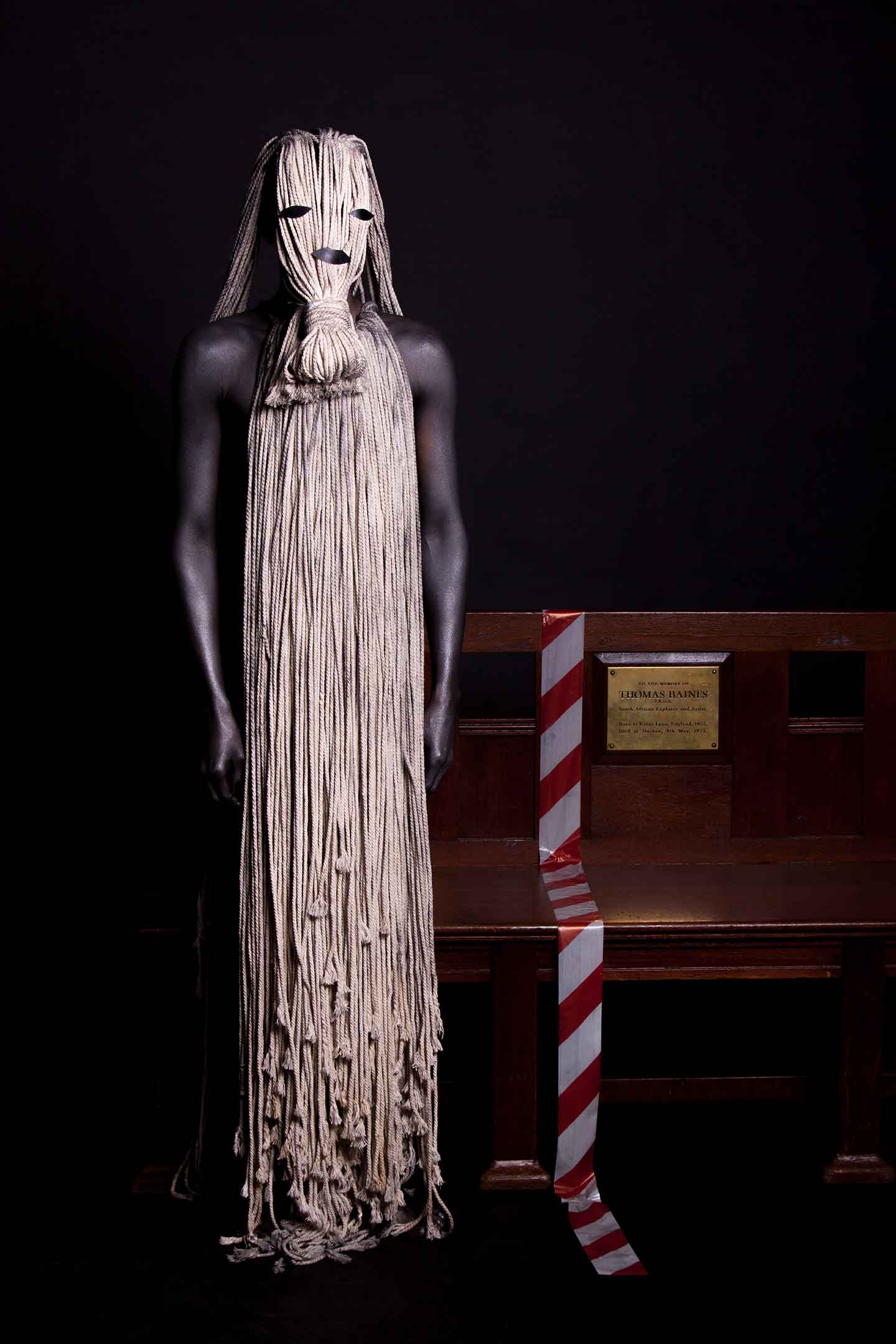 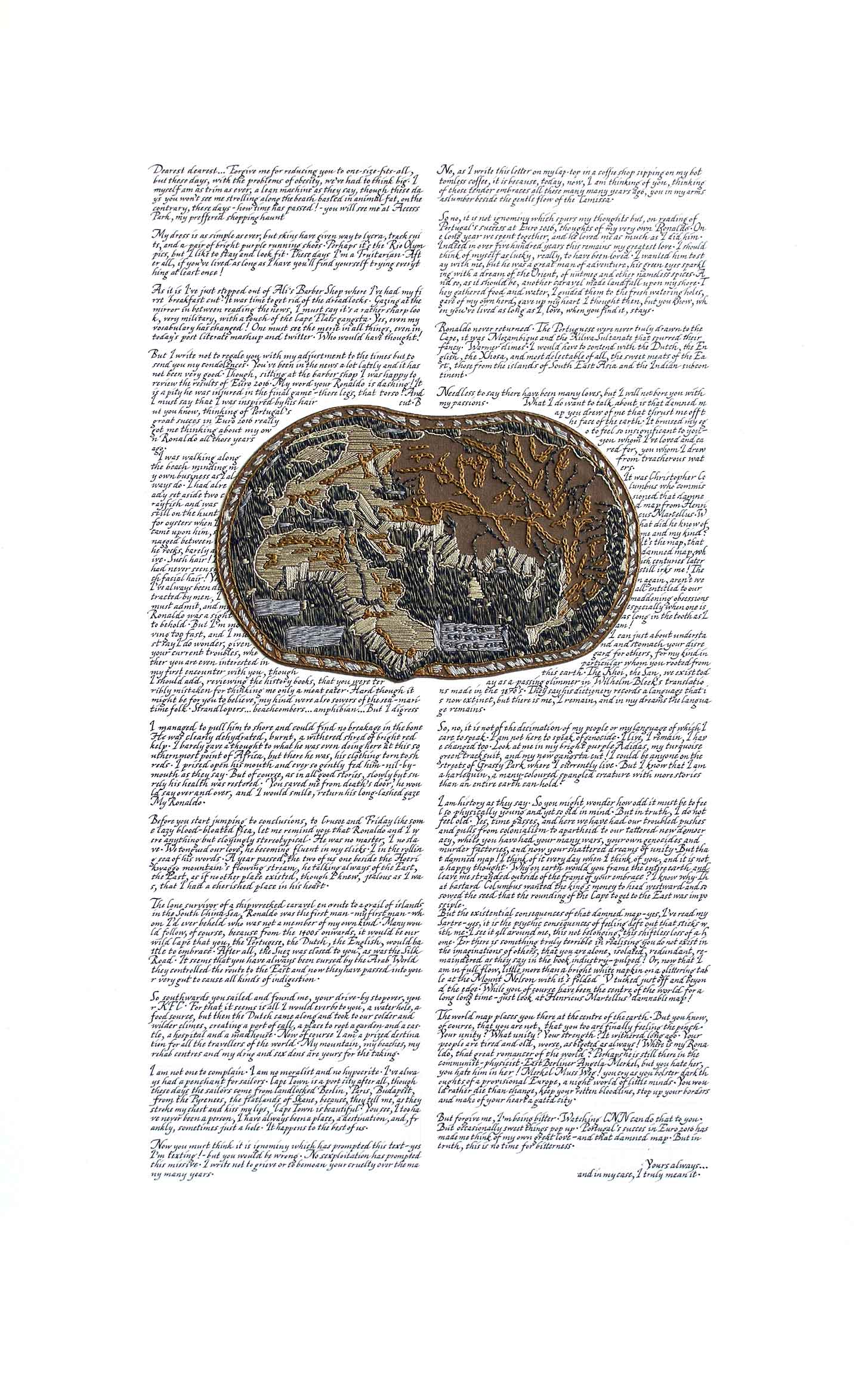 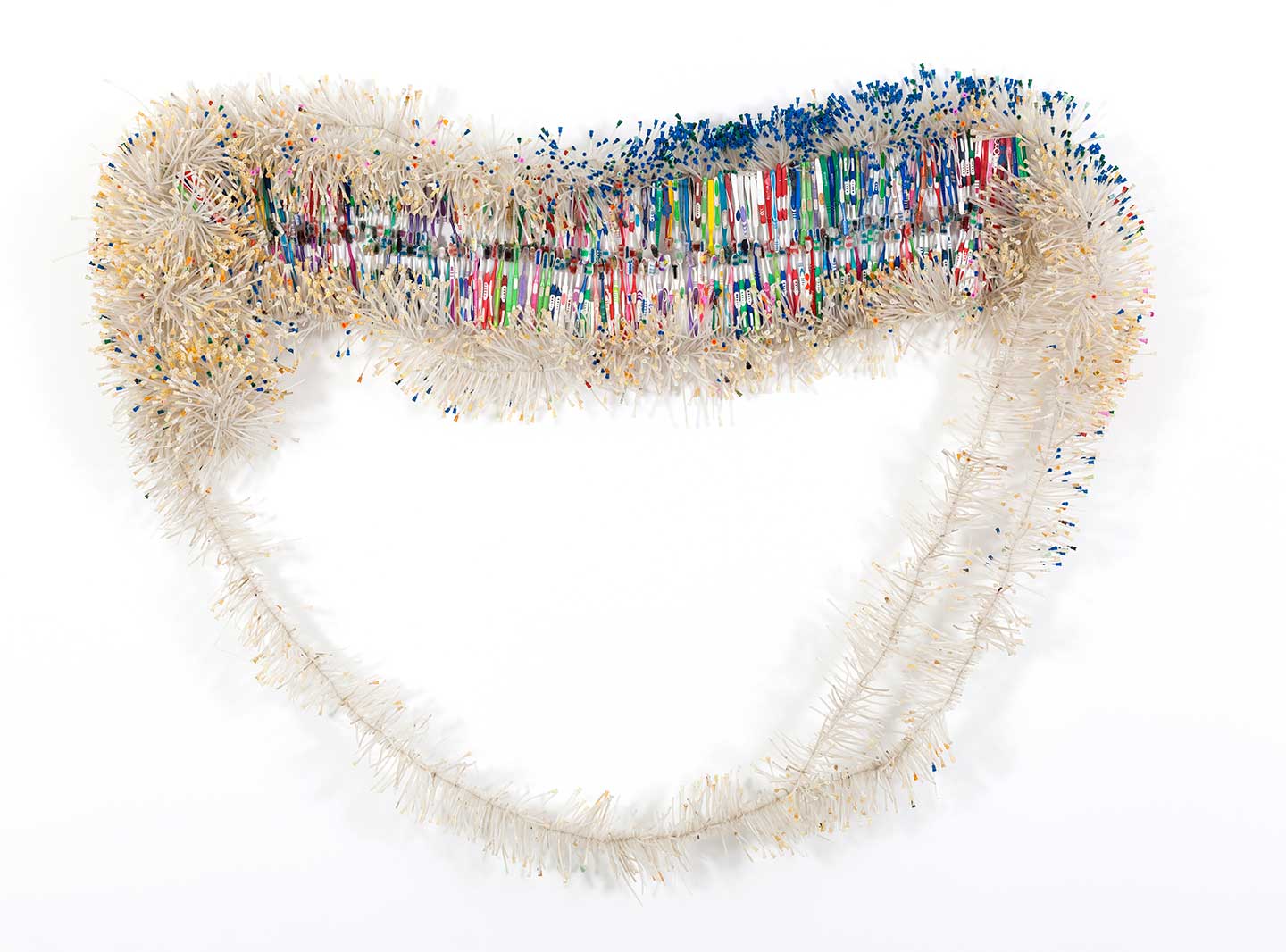 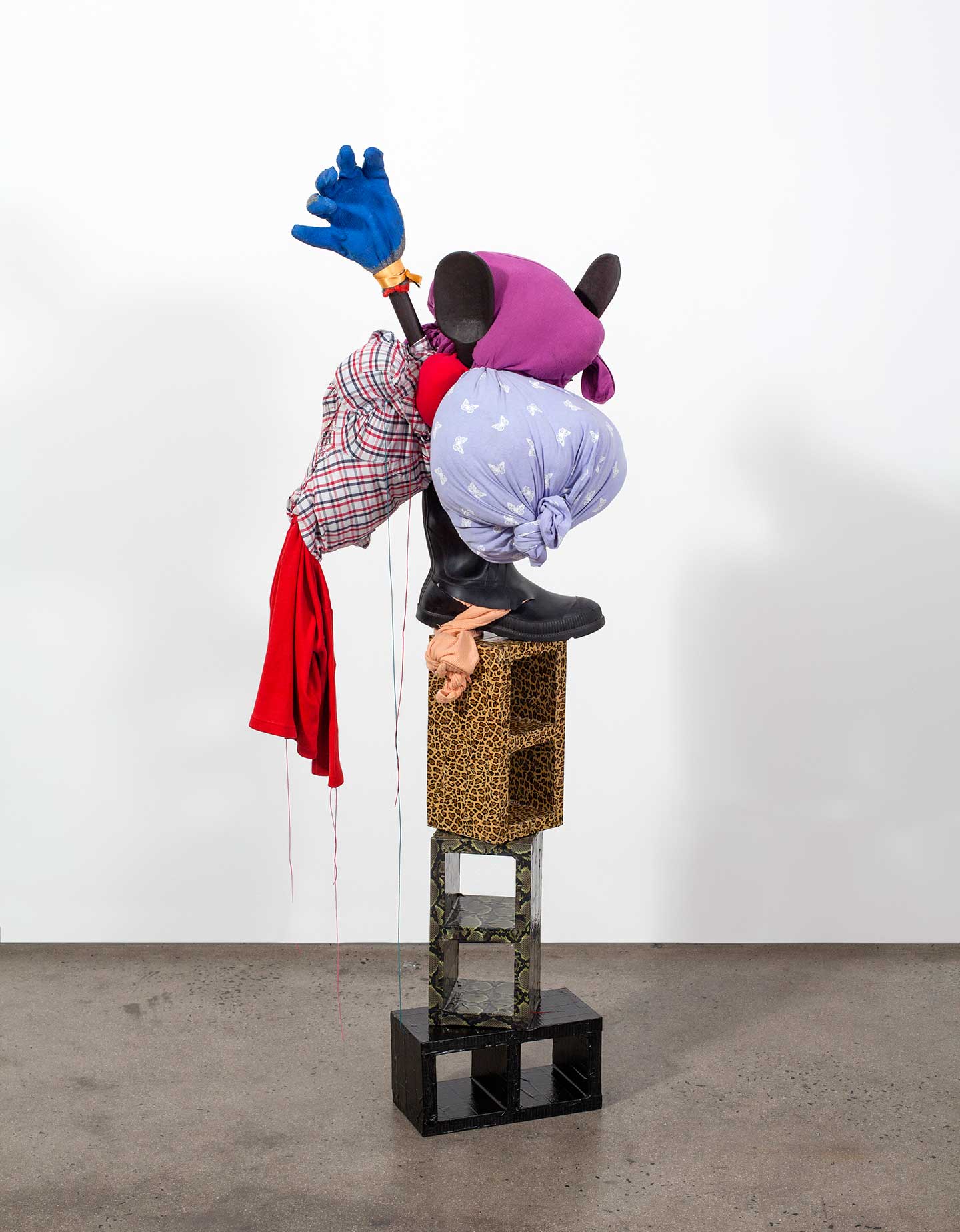 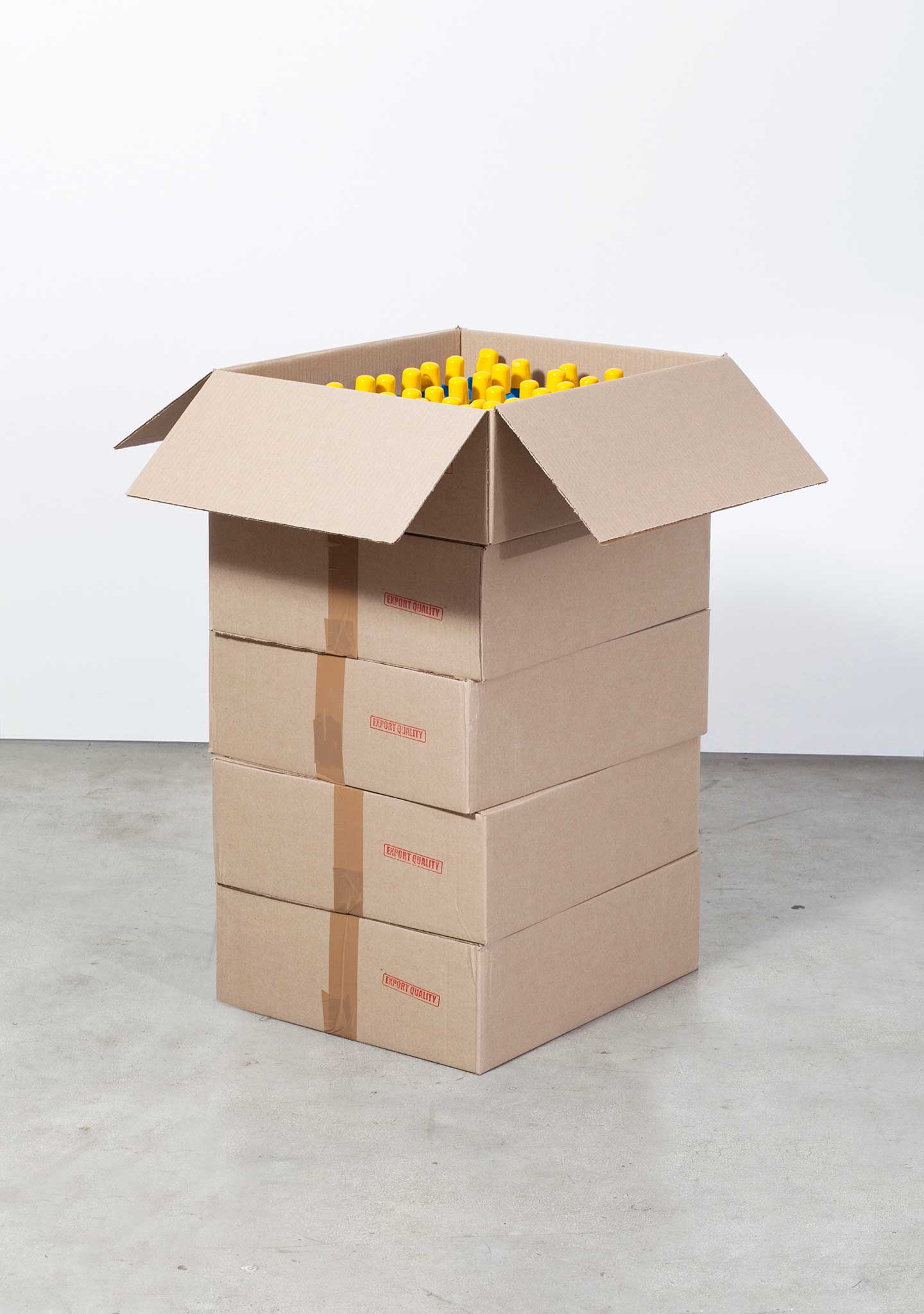 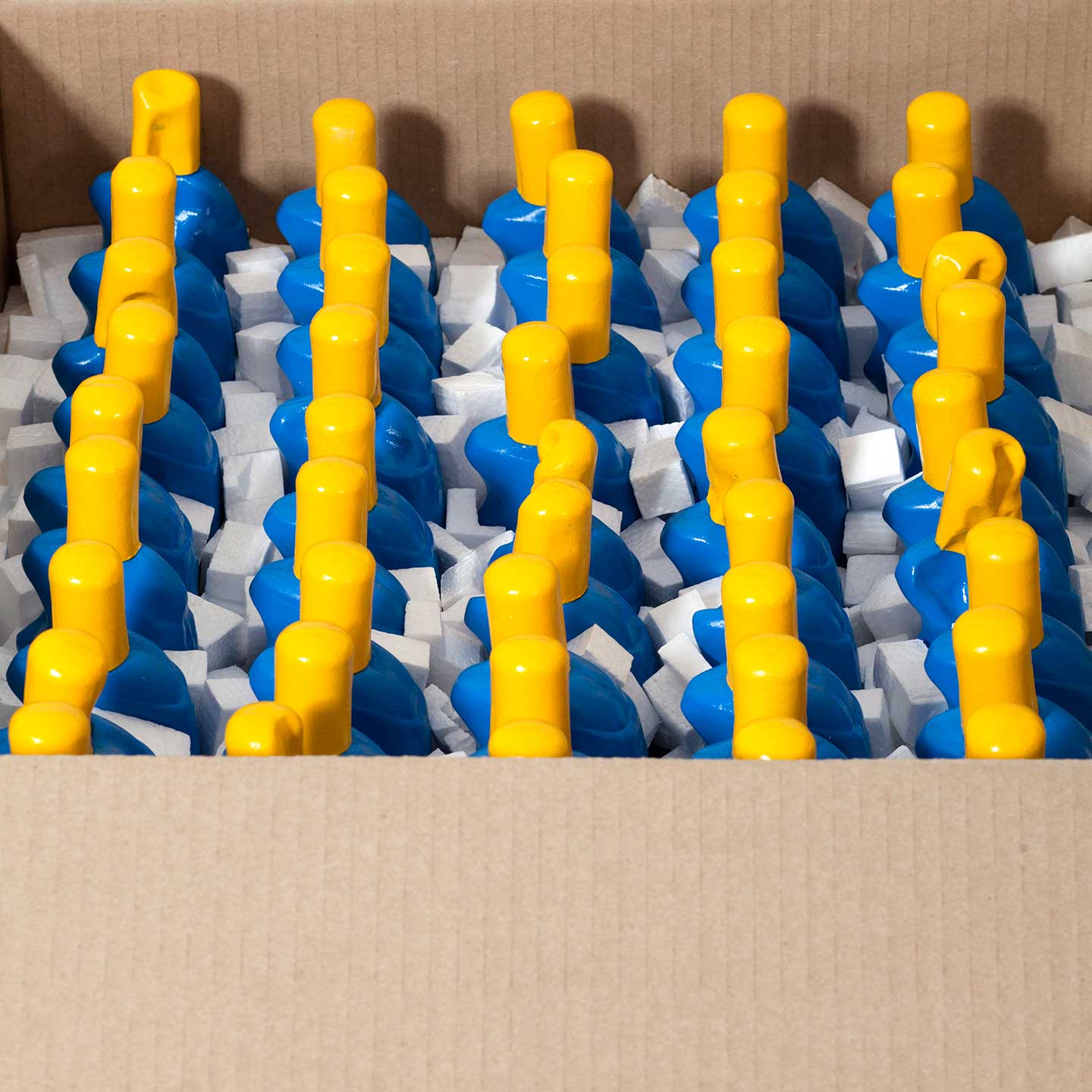 The Chameleon and the Fly 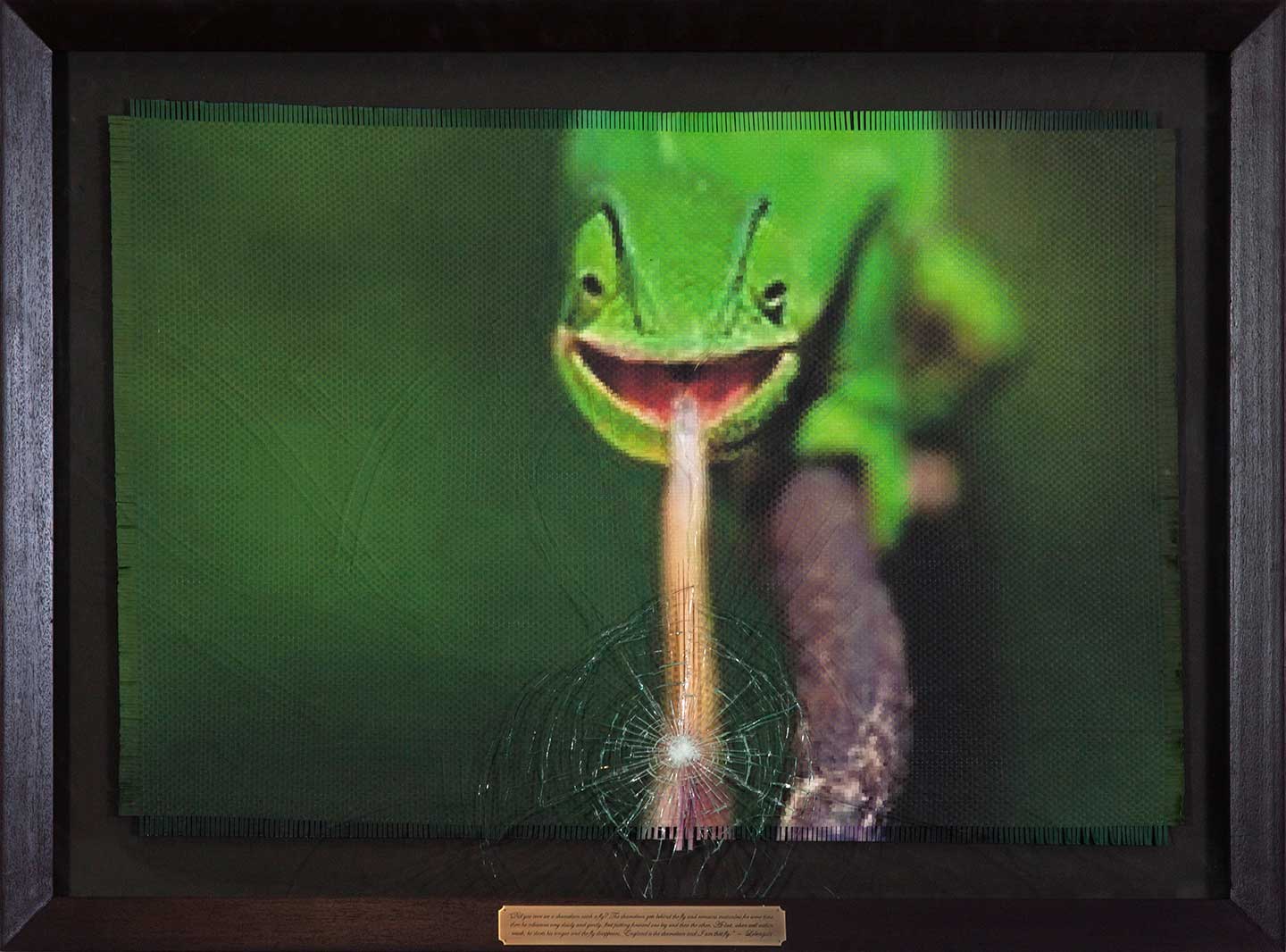 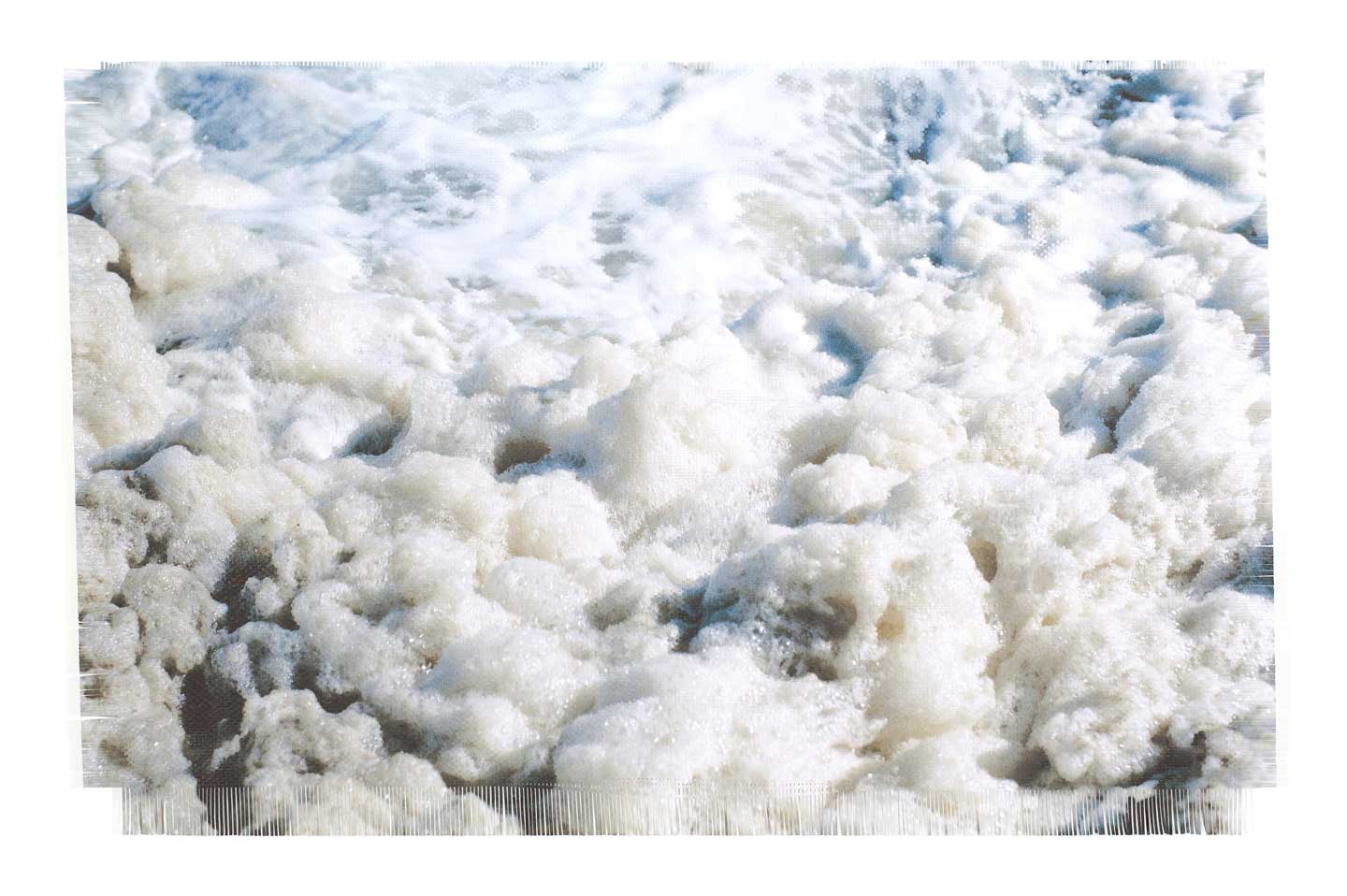 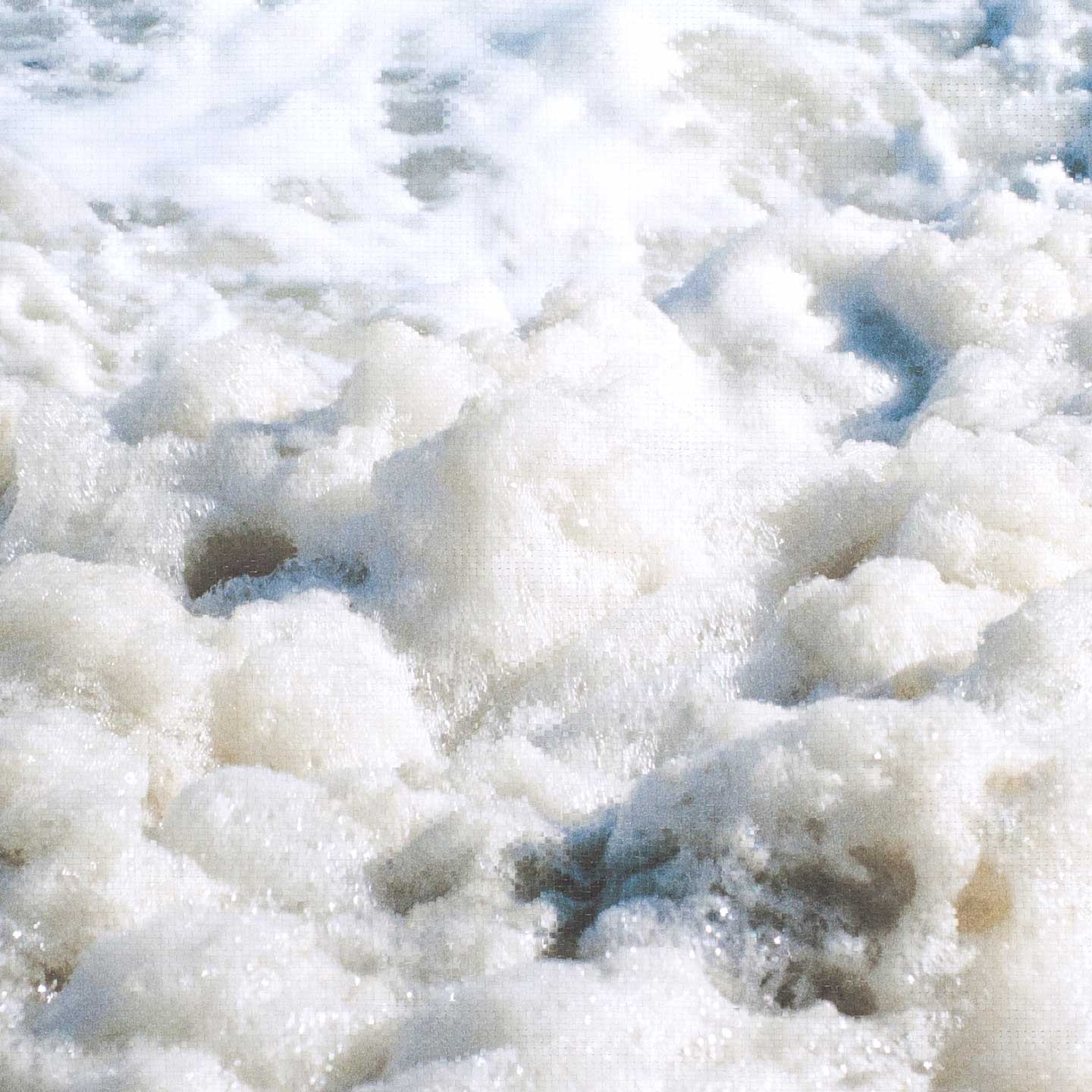 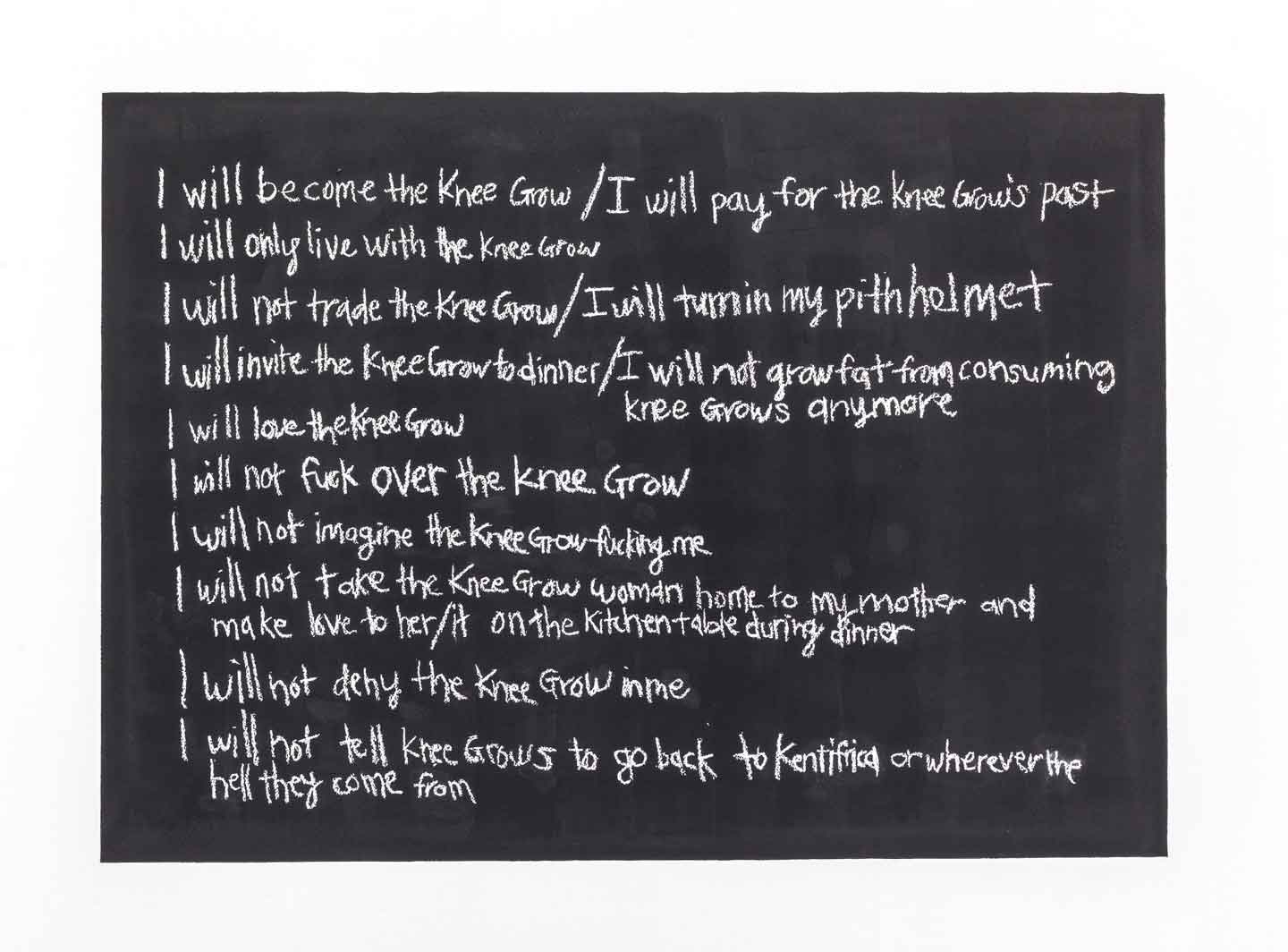 Outrage in Flesh Tones on a Hegemonic Ground 2 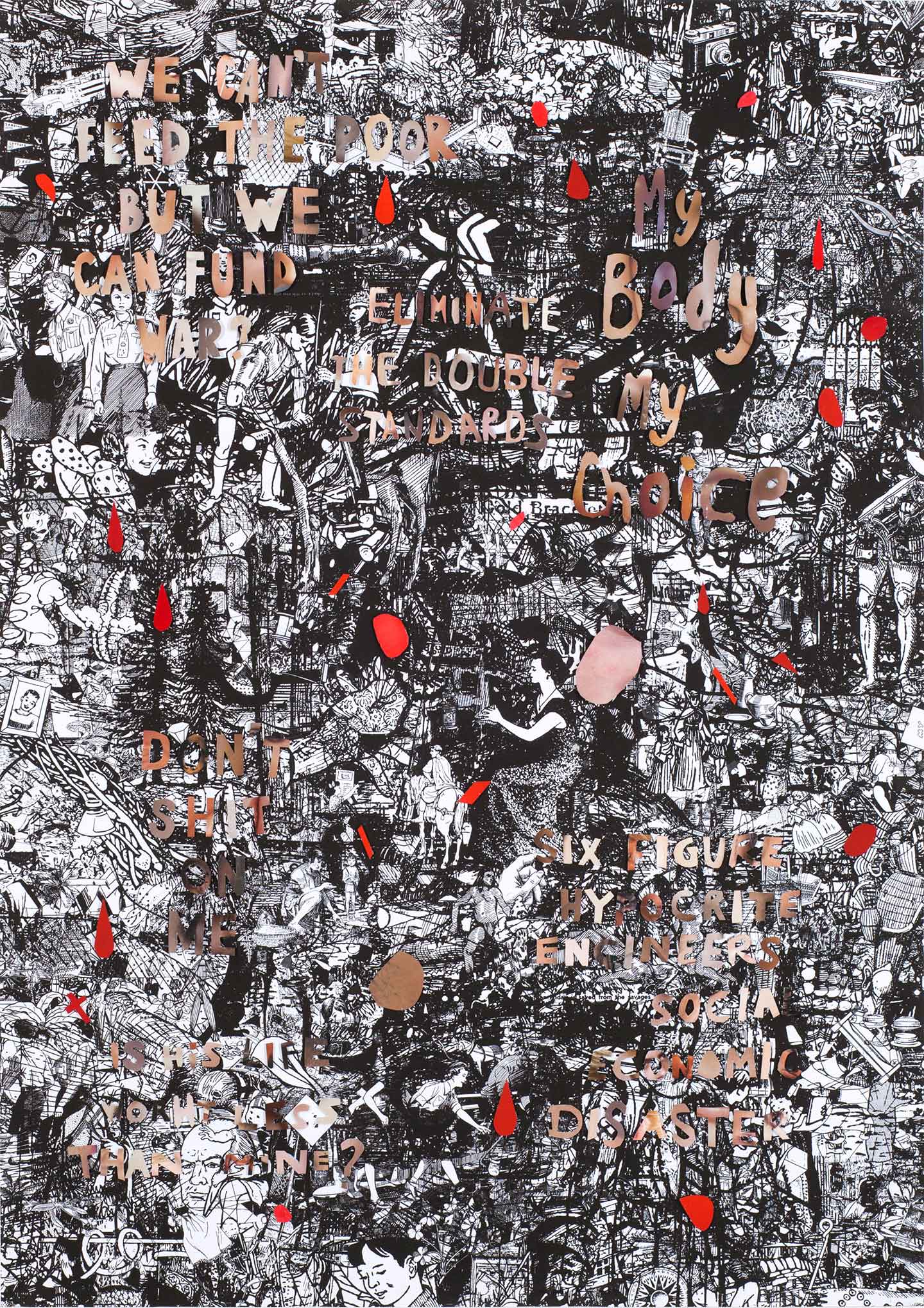 Outrage in Flesh Tones on a Hegemonic Ground 1 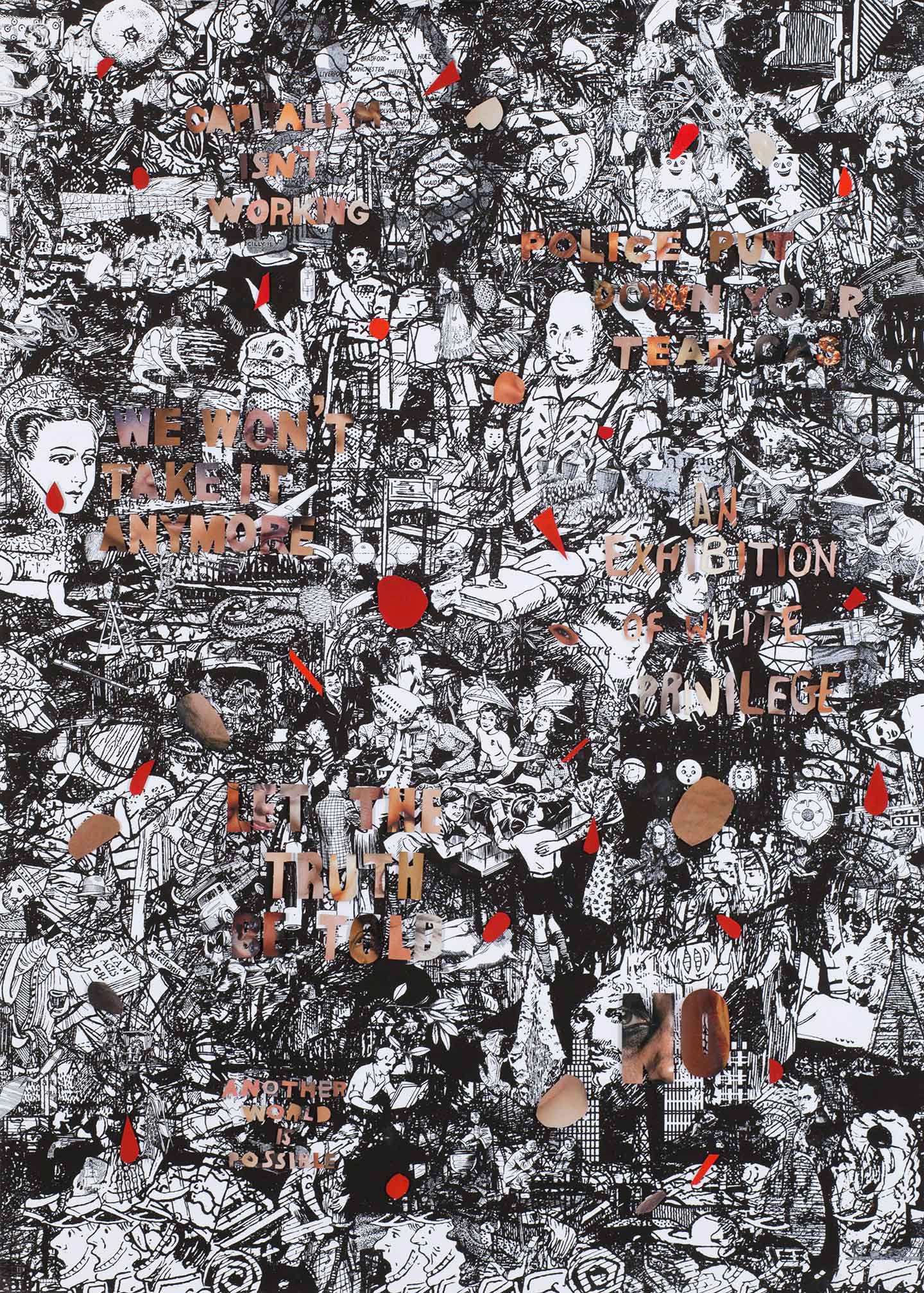 Outrage in Flesh Tones on a Hegemonic Ground 3 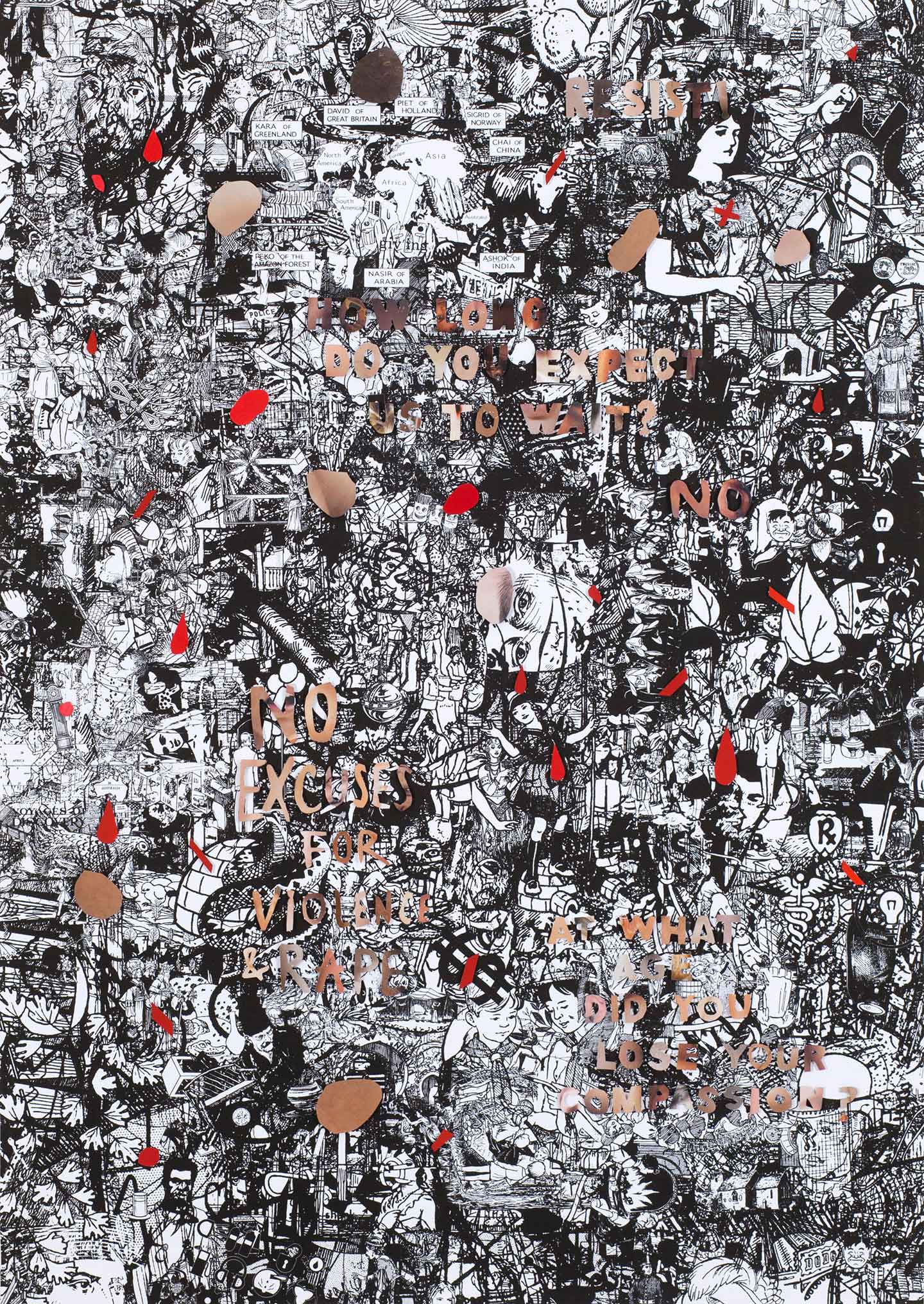 Outrage in Flesh Tones on a Hegemonic Ground 4 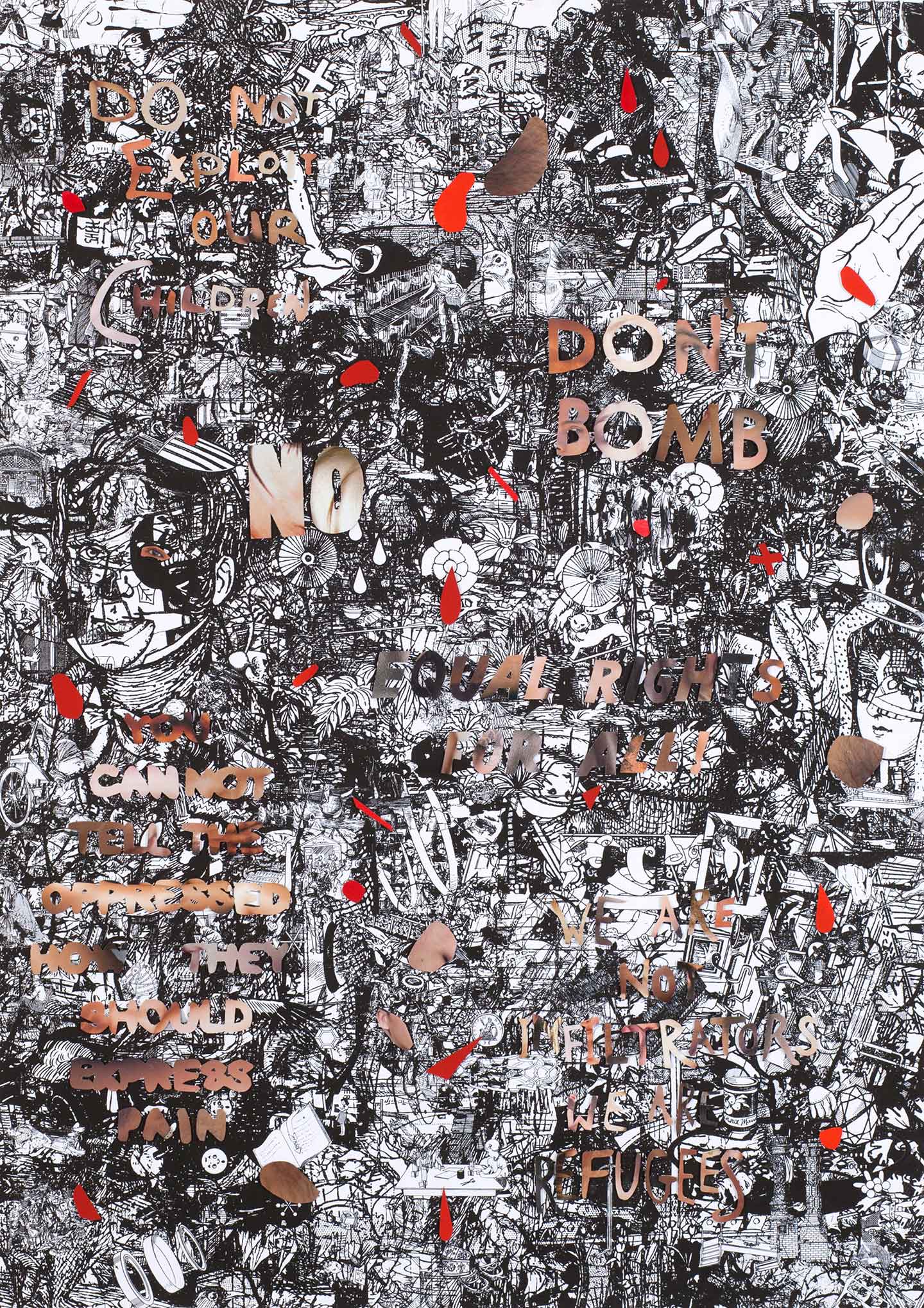 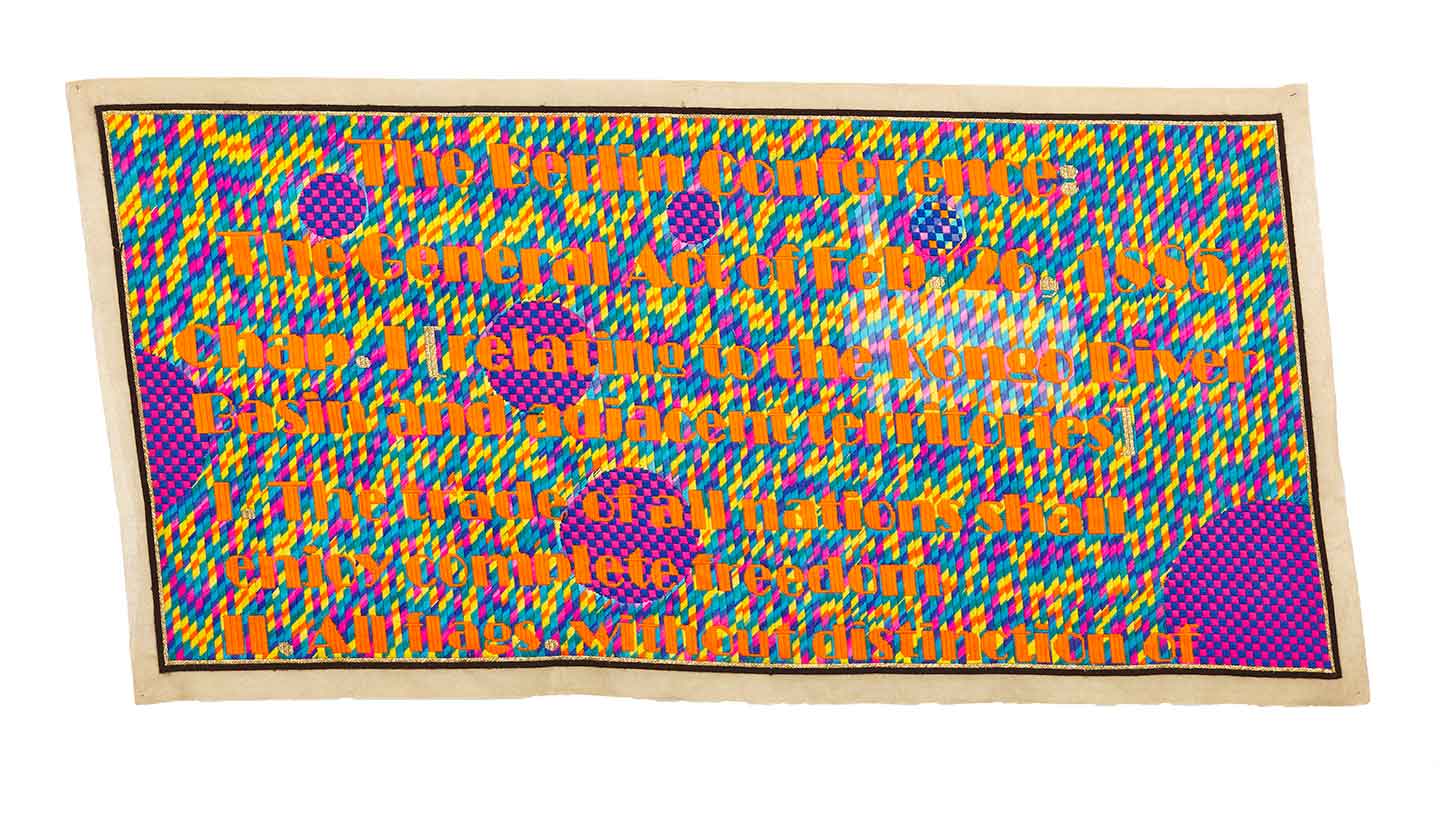 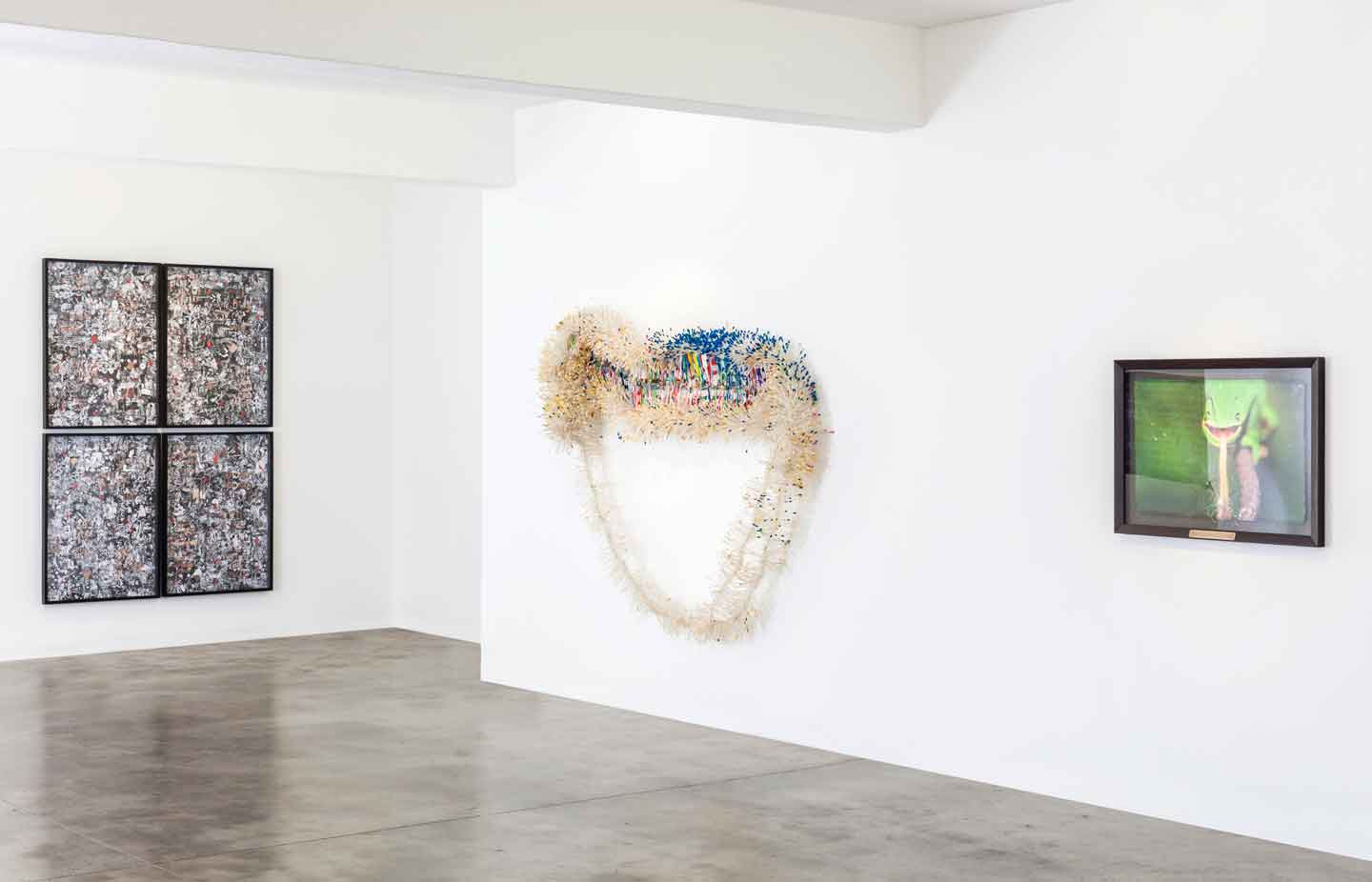 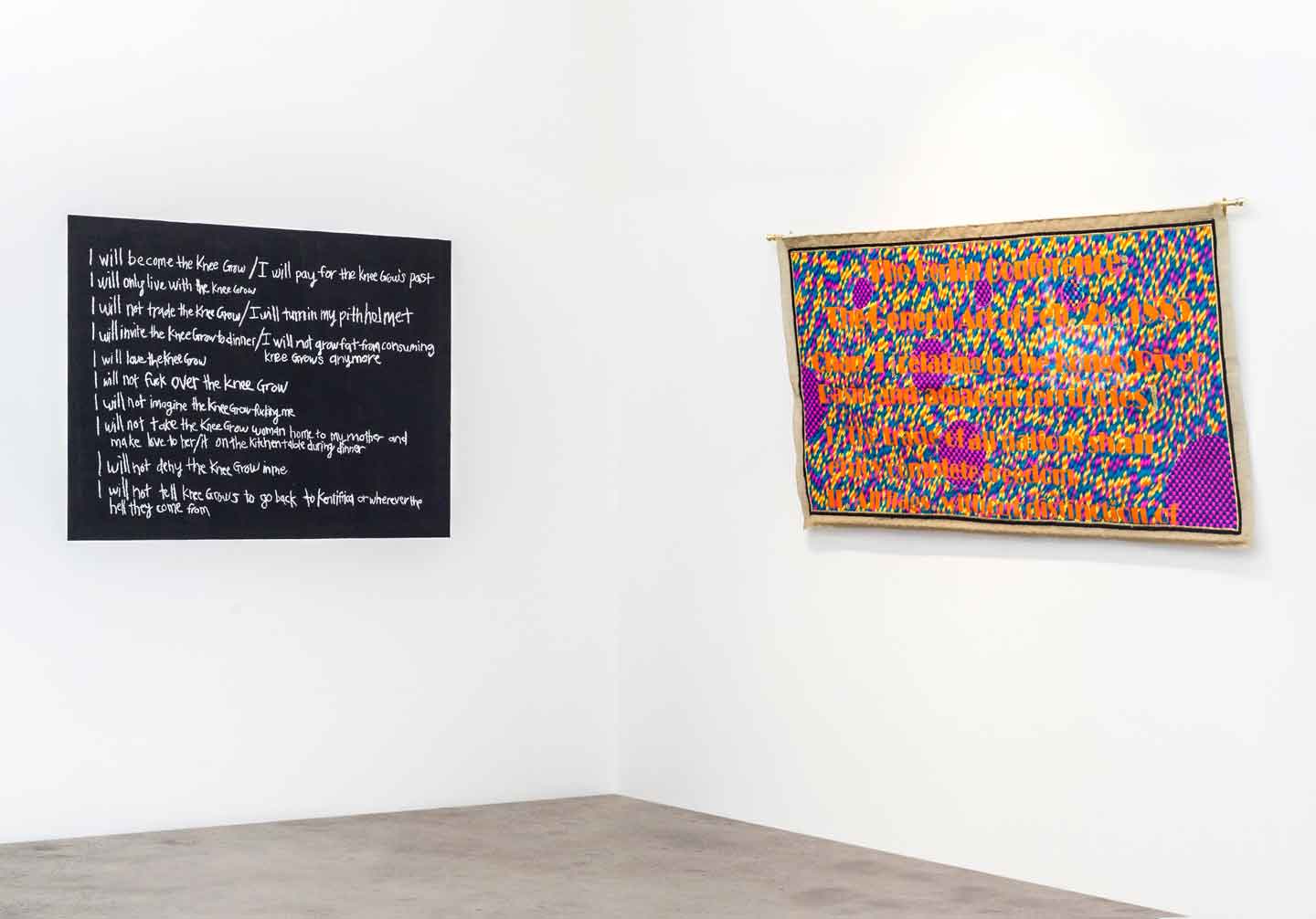 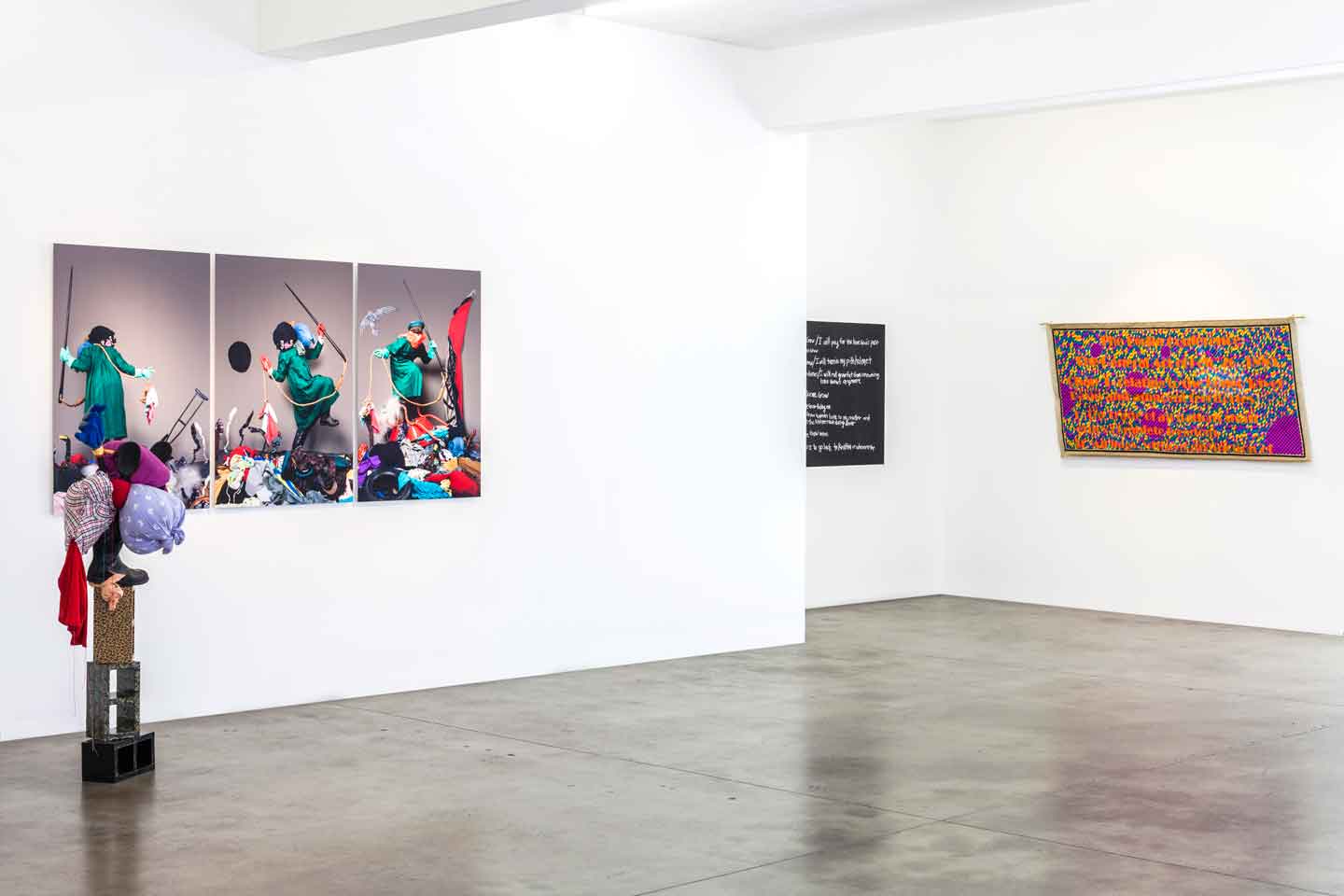 Our meddling intellect
Mis-shapes the beauteous forms of things
We murder to dissect.

Letters, hand-written, stamped and posted, are archaic throwbacks to a culture we nostalgically dub ‘slowness’ – slow food, slow beer, slow sex, slowed down hand-made things. The art gallery however has remained largely immune to this threat to slowness. Instead, in a witheringly ephemeral world the art gallery has thrived as the uber trading hub, temple, and outpost for the authenticity and provenance of things. An ‘alternative religion for atheists’, Sarah Thornton notes in Seven Days in the Art World, it is a reminder that faith in the fetish object, its ritualised practice, culture and economy, remains very much alive.

Art objects are our ‘letters’, encryptions, yearnings, our symptoms-traded-as-things. This fetish economy is strikingly in evidence in WhatIfTheWorld’s exhibition, ‘Letter to Europa’, curated by Ashleigh Mclean. Rhetorical, reflective, pointed, aggravated, the ‘letters’ exhibited address the vexed matter of Europe in an African imaginary.

In the work of the contributing artists it is not so much Europe as a physical region and destination that matters but its tentacular imperial power to fold Africa in its unloving loveless embrace. If Athi- Patra Ruga’s embroidered wainscot addresses Europe’s arbitrary carving up of Africa in 1885 into privatised fiefdoms, economic and labour depots, and timeshares – a ruthless enactment of the lines from William Wordsworth’s poem ‘The Tables Turned’ – then Simphiwe Nzube, with a gargantuan needle and thread in hand, performs the suturing of its messy fallout, the offal of this dissection. His Africa is a guilt-stricken latter-day dump-site for ‘dead white men’s clothes’, ‘salaula’, ‘amavuku-vuku’, skins re-inhabited by those whose very being have become husks.

Frantz Fanon brilliantly summed up the psychic cost of colonial exploitation and its devastating evisceration of the black body and being. Both Simphiwe Nzube and Smangaliso Khumalo perform exorcistic rites of recovery, the better to restore ‘the fragility of the human body and the value assigned to human life’. Masked Dogon-like in a knotted threaded head-dress echoing the elongated fronds of a mop, Smangaliso mimes the sweeping away of an encrusted psychic filth.

Moffat Takadiwa’s large sculptural work further reminds us of our craven dependency upon Europe’s ‘profoundly uneven economic and cultural power’. An agglomeration of used toothbrushes, aerosol nozzles and tubing, the work conjures the chilling grimace of Gotham’s Joker. Graphic, bacterial, its hideous beauty is a grotesque study of unceasing consumption. The effluent of affluence, Takadiwa’s work is inspired by Jean Baudrillard for whom accelerated commodification has replaced human community with a communing with objects, for now ‘we live by object time … we live at the pace of objects, live to the rhythm of their ceaseless succession’.

What gives Takadiwa’s work its compelling force is ‘the after-life of objects’. His artwork and the gallery which enshrines it returns us to a secular-religious cult – art as ‘a secondary phase in the cycle of consumption in which the very object of desire forms the base of its own critique’, only to flip it back into a rapacious economy.

Rowan Smith sustains this reflexive critique with his stacked column of cardboard boxes, the top gaping to reveal rows of sunscreen cast in ceramic and painted with enamel. A ‘shipment’, its point of arrival is unclear – it could be Europe or Africa – but what the work indisputably addresses is whiteness. At Mxas on Kloof Street – the only bar on that gilded strip not afflicted by an exclusionary classism – Smith tells me the work is ‘about coping not getting browner’.

Inspired by the writings of Nina Jablonski, the work defies the ‘baseless and unjustified’ essentialist roots of race and racism. Framed by the pragmatics of biology – ‘the evolution of human skin pigmentation in relation to geographic settlement’ – it is a work that is not reducible to ‘differing concentrations of melanin’. What preoccupies Smith is the aggravated historical emplacement of whiteness as a caste and culture in Africa. Can one speak of a ‘White African’?

Caught in the default position of being an exile in his own country – despite Nelson Mandela’s post-racial vision – Smith ponders: ‘When does a settler become a native?’ A loaded riposte to the aggressive rise of black essentialism, this is a gnawing question which Smith leaves unanswered. It is left to Julia Rosa Clark to up the ante with a four-panelled collaged work whose encyclopaedic Eurocentric surface is appliqued with ‘skin tones cut out of magazines’ that spell banal-yet-all-too real slogans such as ‘An exhibition of white privilege’, ‘Let the truth be told’, or simply ‘No’.

However, for all the blather on behalf of justice, the righting of ills, the impact of Europe as an idea and a far-reaching nexus of power is, I’d wager, irreversible. History hurts, folds worlds it corrupts. From the vantage point of Cape Town – as exiled from the body of Africa as it is from Europe, both of which it holds in its virtual embrace – any reflexive ‘letter’ must acknowledge this corrupting and corruptible fold.

Replacing ‘Europe’ with ‘the West’ we now see that a hemispheric ‘north-south’ dichotomy is inadequate. As Mark Rowlands notes in Fame, ‘The West incorporates not only Western Europe and the United States, but also Australasia, South Africa and some other African states, South Korea, Japan, some parts of China and Indonesia, and large parts of Latin America’. And what connects these diverse regions is the core Enlightenment principle of Individualism – the sacrosanct belief in autonomy and self-realisation. This belief is vital to the art world, its armorial herald of authenticity and provenance.

However both here and in Europe this principle is under attack. The attackers however are not only fundamentalists, essentialists, nihilists, who seek to replace secularism with absolutism of one kind or another, it is also being attacked from within by relativism – a degenerative viral variant of individualism. ‘When Islamic countries talk of the “decadence” of the West’, notes Rowlands, ‘they are pointing, correctly, to this form of degeneration. The monstrous historical irony, of course, is that they fail to understand that their own way of life is founded on an opposing – mirroring – form of degeneration’.

We therefore find ourselves caught between the extremes of relativism and absolutism. If we as thinkers, as artists, as human beings are to save ourselves – and this is the exhibition’s crux and gambit – we will have to recognise that we cannot do so by blaming-and-shaming, or by nostalgically harking back to some a priori purity, but by accepting our implication in an inconsolable historical-and-current problem.

Rowlands gives us an answer then rips it apart: ‘To understand ourselves, we have to anchor ourselves by our values, and by the objective standards of quality, that exist independently of us. But the values that existed outside us have withered away, and we follow quickly on their heels’.

These are dark and extreme times indeed. South Africa’s oppressed are in revolt. Europe is under siege. Enlightened secularism – the ethical fulcrum of the Western world and the very basis of the contemporary art world – is on the verge of extinction. Boom-Bust Is our oxymoronic mantra.

On visiting the Venice Biennale in 2009 – part one of Jeff in Venice, Death in Varanasi – Geoff Dyer sums up its bafflingly seductive-yet-empty cornucopia. ‘It’s like we’re living through a conceptual breakthrough’, he says. ‘It’s really exciting. People keep wondering how long it can go on for, when the bubble is going to burst. The thing is, the bubble has burst but it keeps expanding anyway, even after it’s burst. It’s like the discovery of a new law of physics’ – or maybe it’s just a crazy old religion.

‘Decadent’ is the epithet dismissively trotted when describing this religion called ‘contemporary art’. My point however is that it does no good to kick against the pricks. Better to interpret the art world symptomatically, which is precisely Mclean’s strategy. Her Europe is a besieged and vexed idea.

In an essay titled ‘The Idea of Europe’, published in 1988, Susan Sontag noted that ‘The future of mainstream Europe is Euroland, nation-sized theme parks, Europe as instant playback, which natives will consume as avidly as tourists (in Europe the distinction has long been obsolete – everyone is a tourist)’. But then again, everyone today is also a possible terrorist.

No longer a hermetic pleasure dome or effete touristic hub, Europe is fast becoming a shattered husk. As Sontag resumes, ‘The unremitting influxes of foreigners in the rich European countries have the possibility of turning the slogan ‘Europe’ nasty once more’. This is certainly now the case, the EU torn apart by a panic-stricken parochialism, and worse by neo-fascist-nationalisms.

In Submission, published in 2015, Michel Houellebecq affirmed this toxic prognosis. Released in the wake of the Charlie Hebdo massacre, the novel was righteously condemned. In sum the novel describes a French Republic in ruins, in which Le Pen and the ‘Muslim Brotherhood’ have become strange bedfellows, Judaism, Islam, and Christianity conjoined in an absolutist battle against Europe’s Enlightenment project. For Houellebecq secularism is over, submission the new order. And at the root of this disturbing near-futuristic novel we find, by way of a solution, none other than the resurgence of an age-old fantasy – ‘the rebuilding of the Roman Empire’ – that would incorporate Asia Minor and North Africa into Europe’s body-politic.

One wonders just how fervidly Houellebecq’s novel is being re-read right now, barely a year after its summary execution. Given the rise of fascism, the knee-jerk reflex of intolerance, the rebarbative onslaught of bigotry, it seems that Houellebecq is eerily on point. But then it is not only Europe that is becoming ‘nasty once more’. Think of extremism in the Philippines, think of the putrefaction that is Donald Trump, think of the brutal divisiveness on our own doorstep.

No wonder the art world is a ‘religion for atheists’. We need a bunker to hunker down and pray that the ‘letters’ we urgently write reach their destination. And this despite Jacques Derrida’s spoiler that letters never truly find their intended, and despite the notion that the bubble of authenticity, meaning, purpose – the secular ideal of individualism – burst long ago.