Bend To Her Will 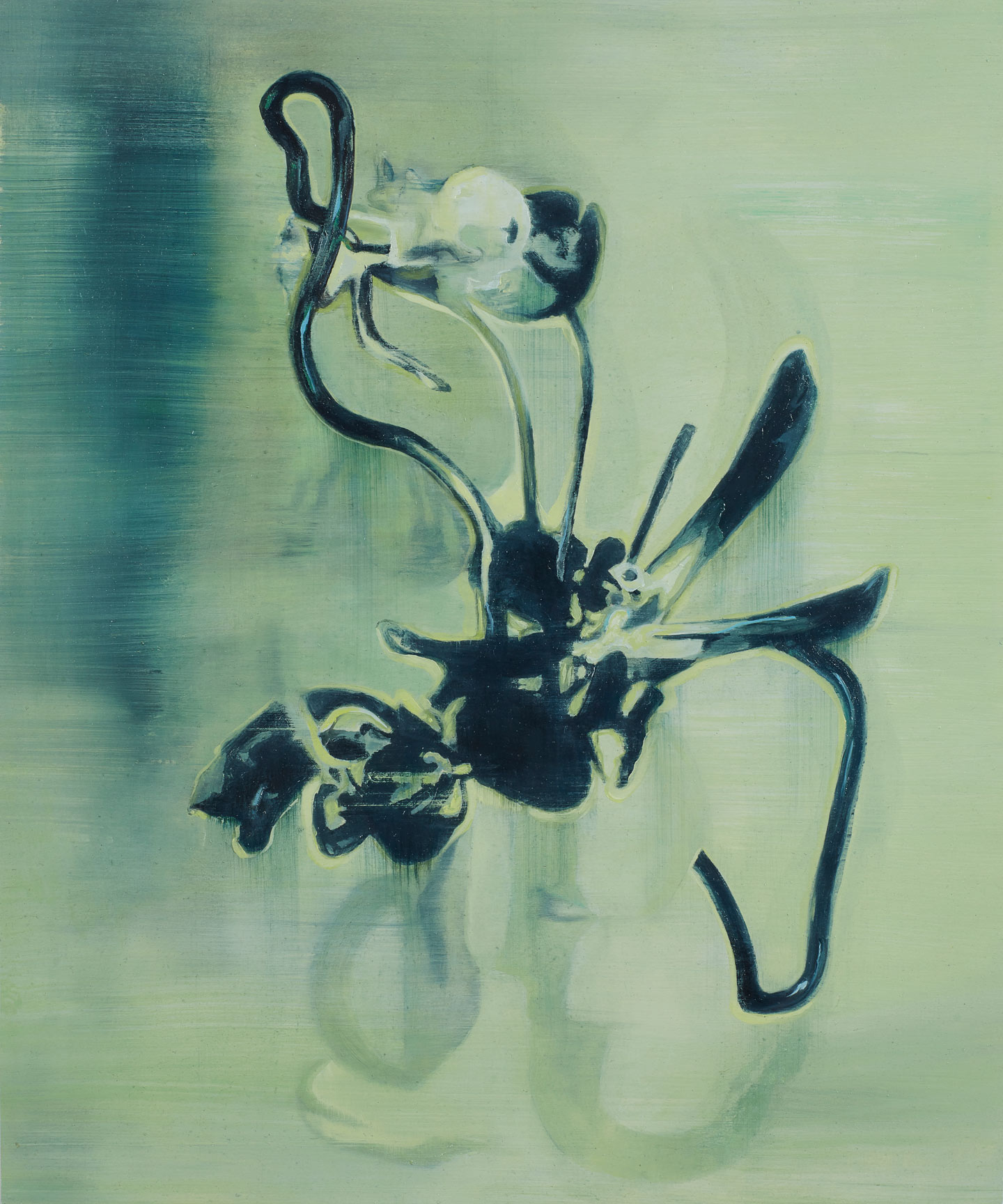 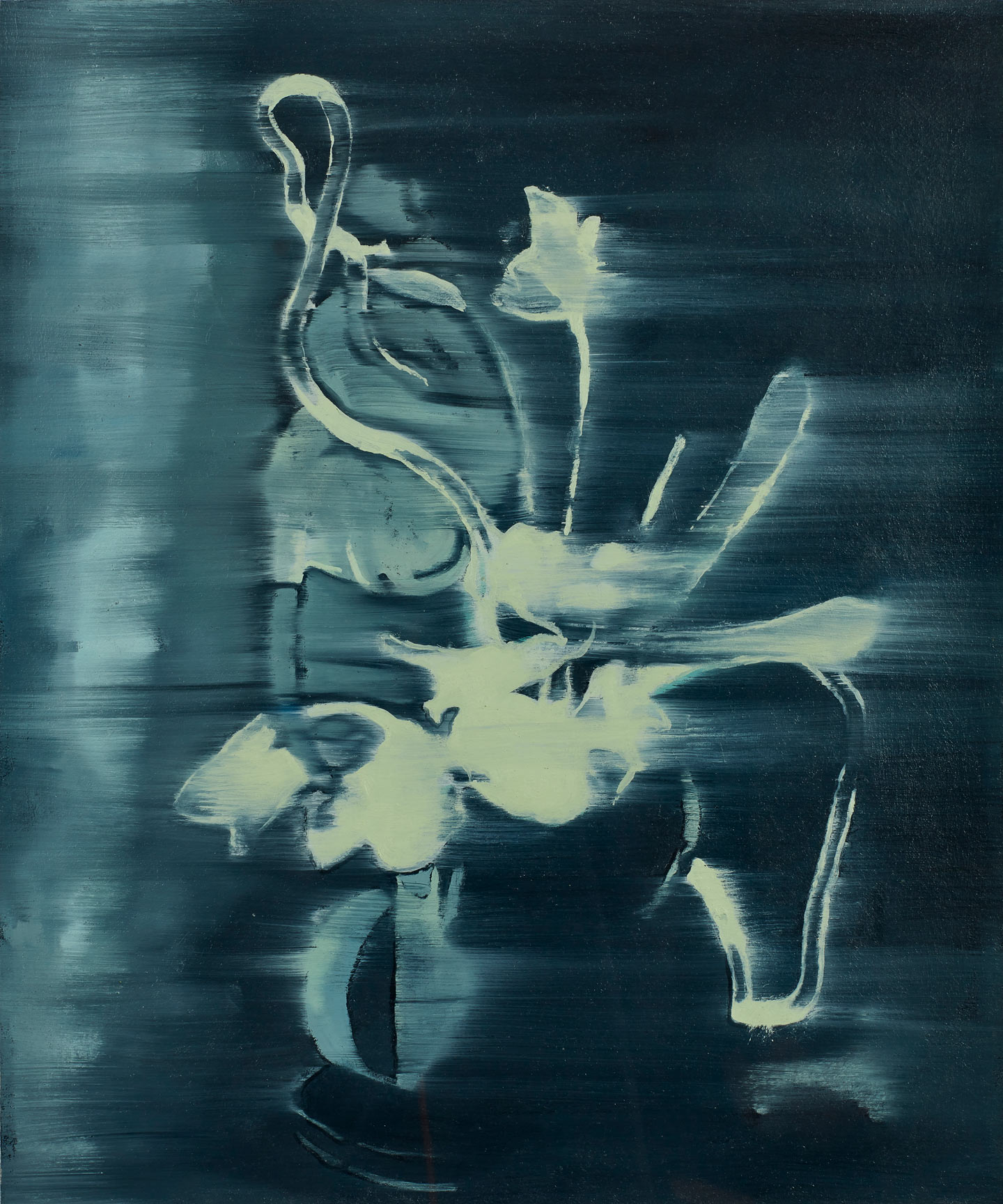 Stars at Your Feet 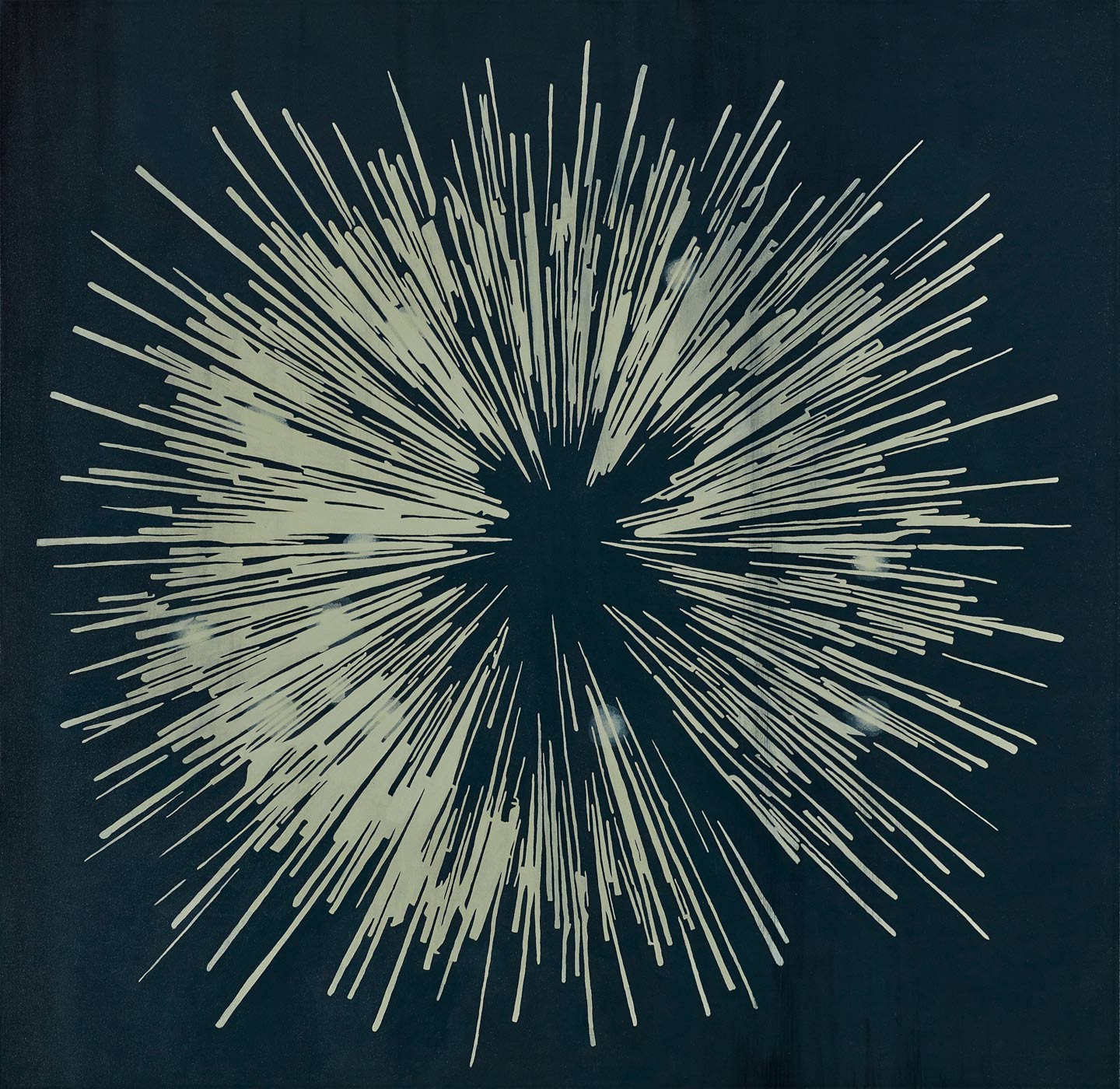 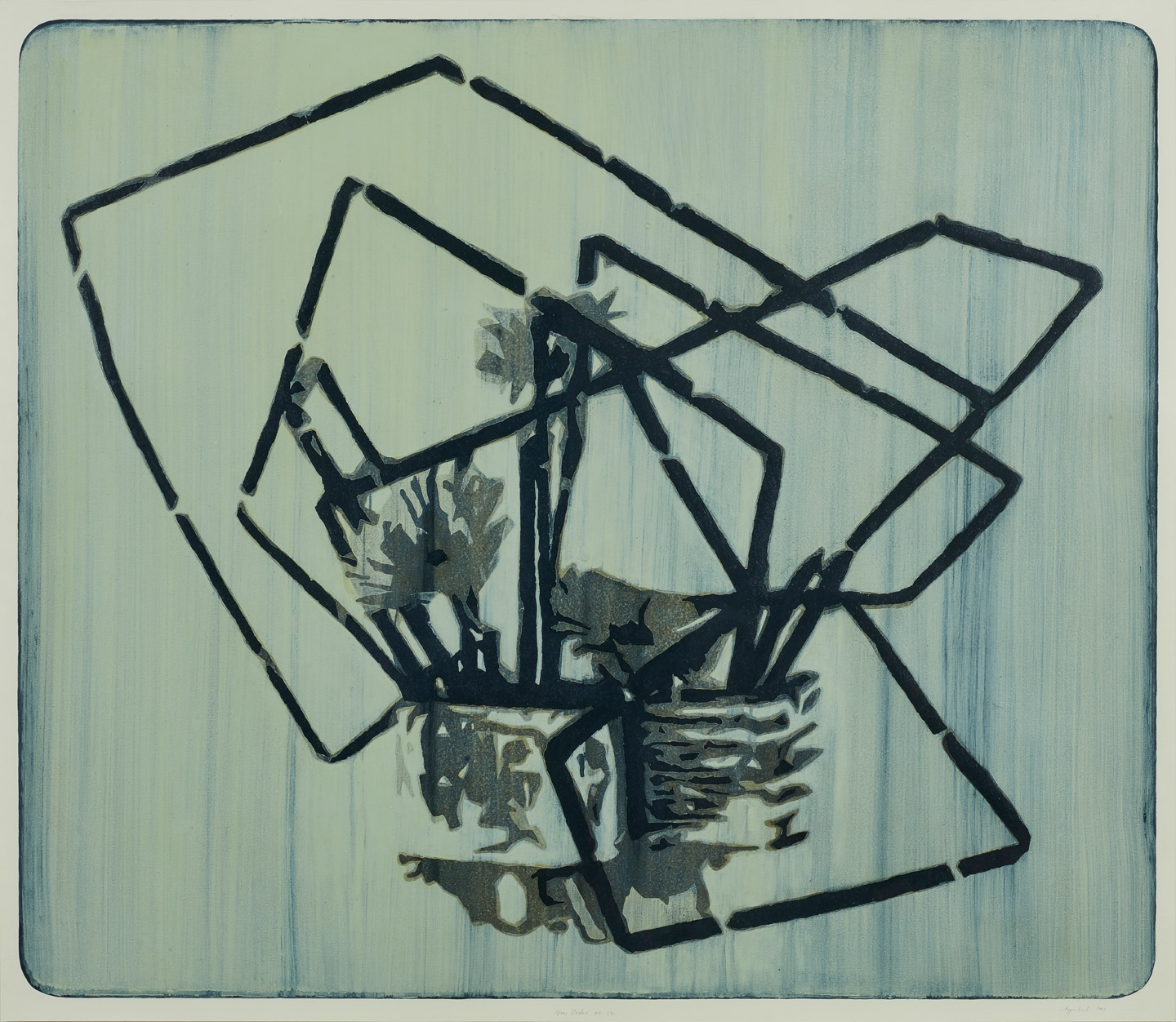 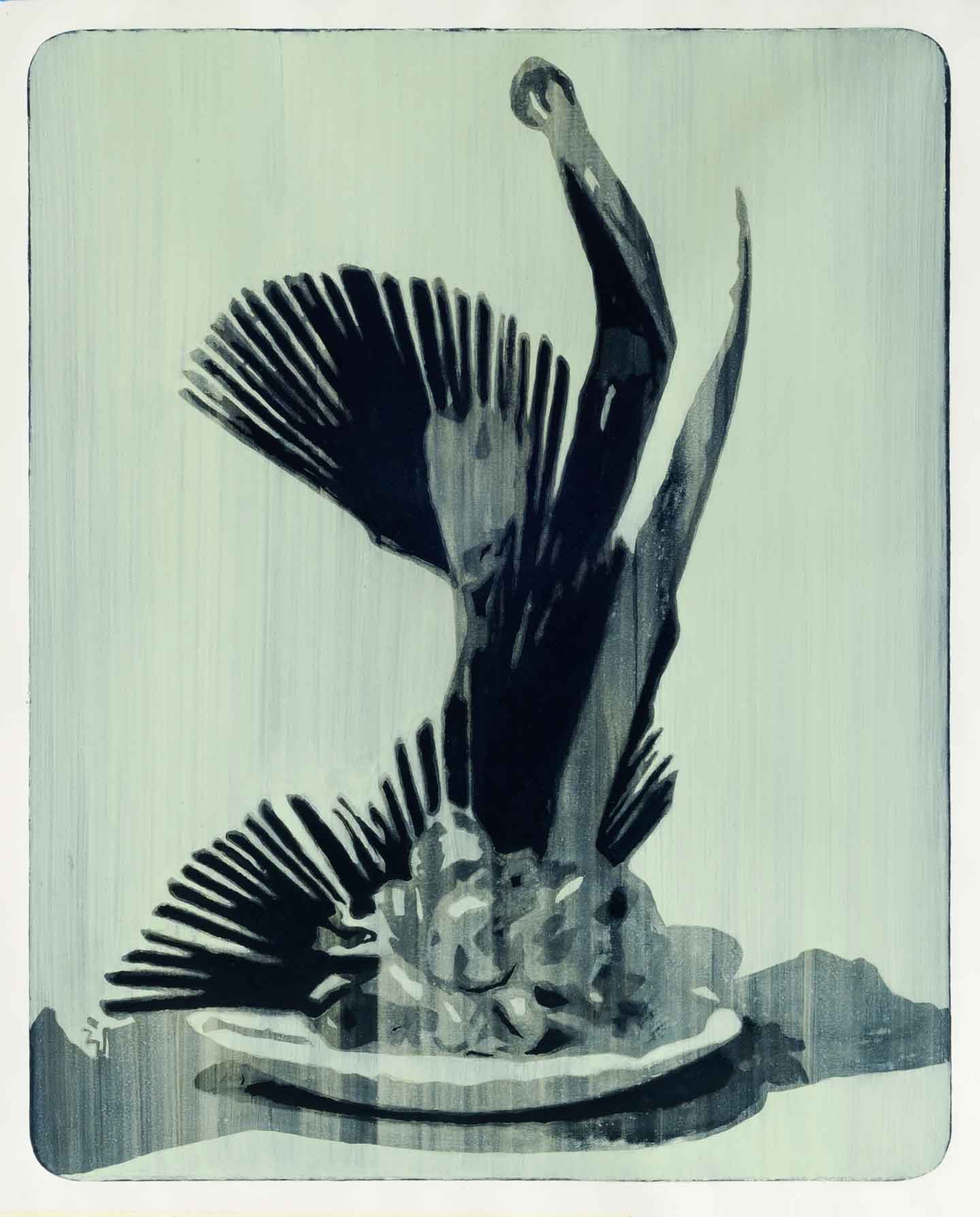 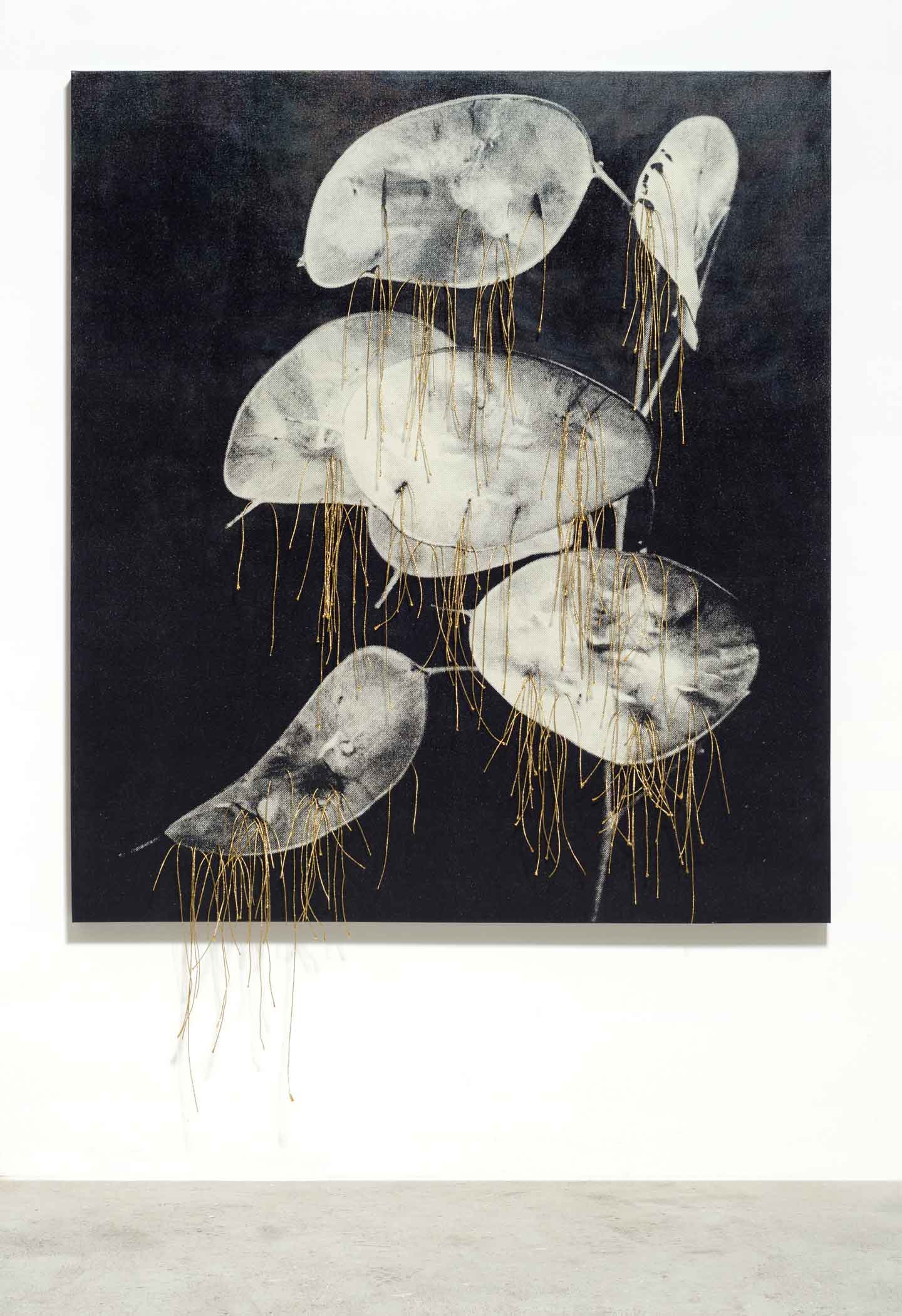 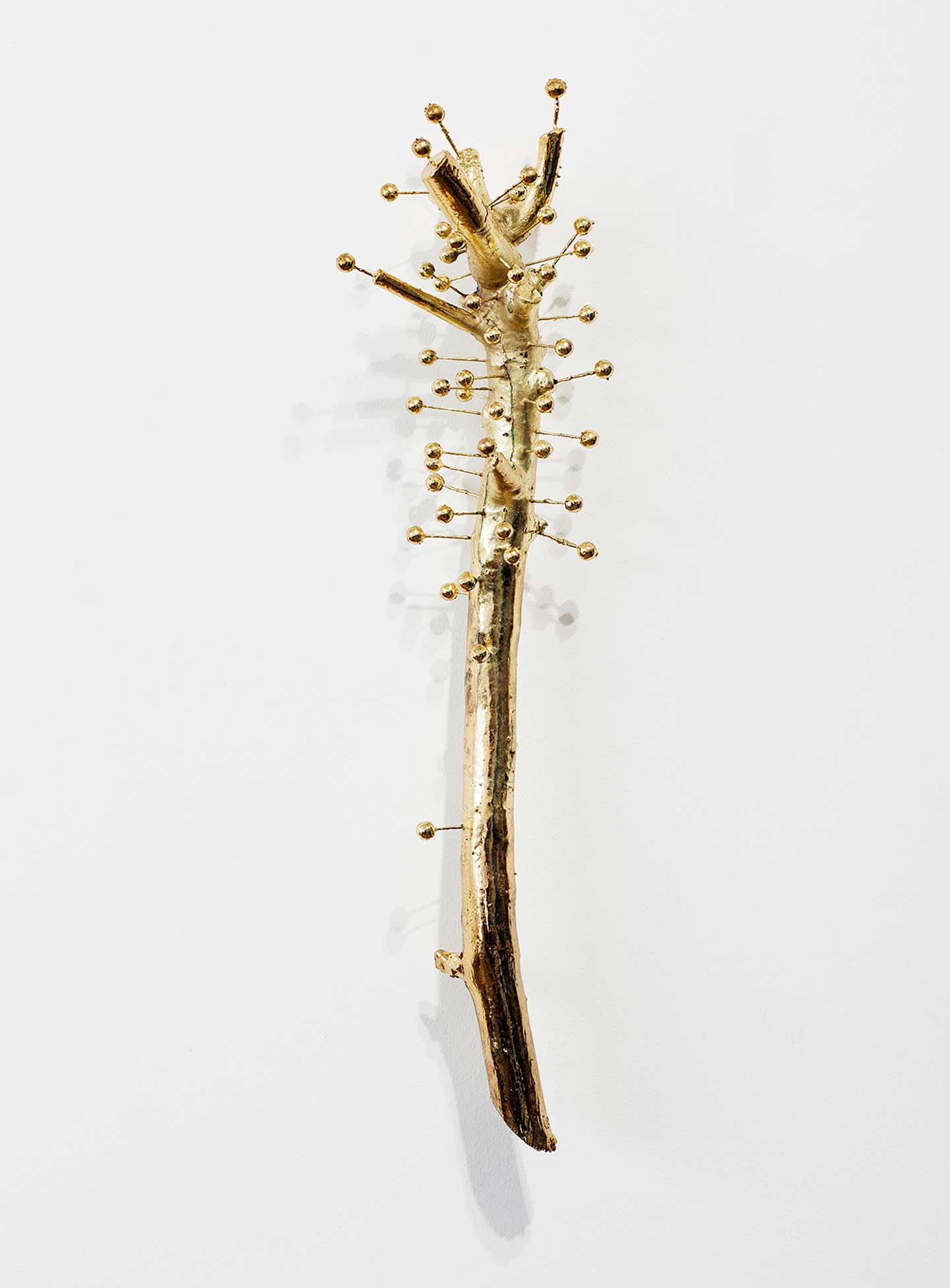 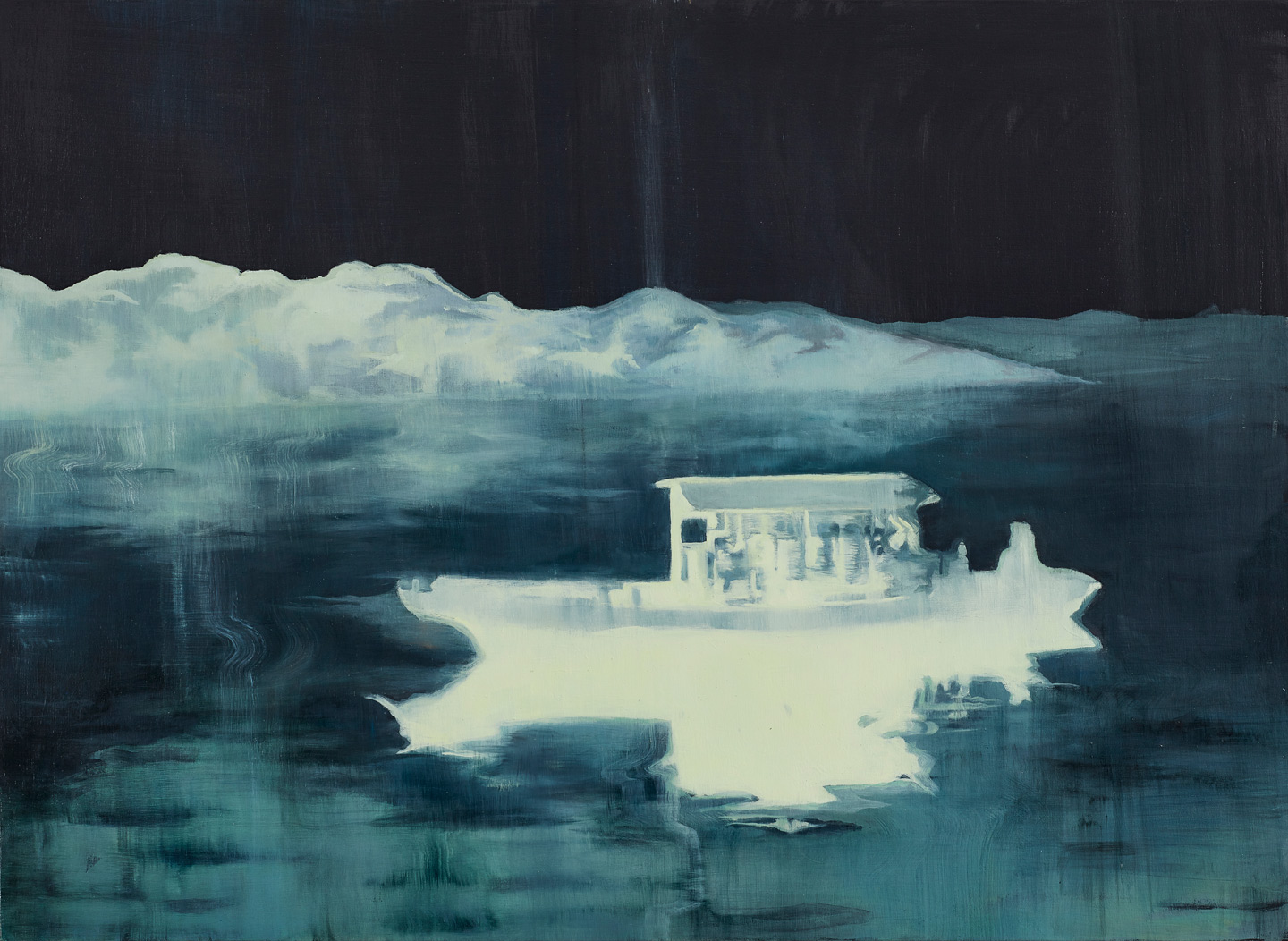 A Place Ten Journeys from Here 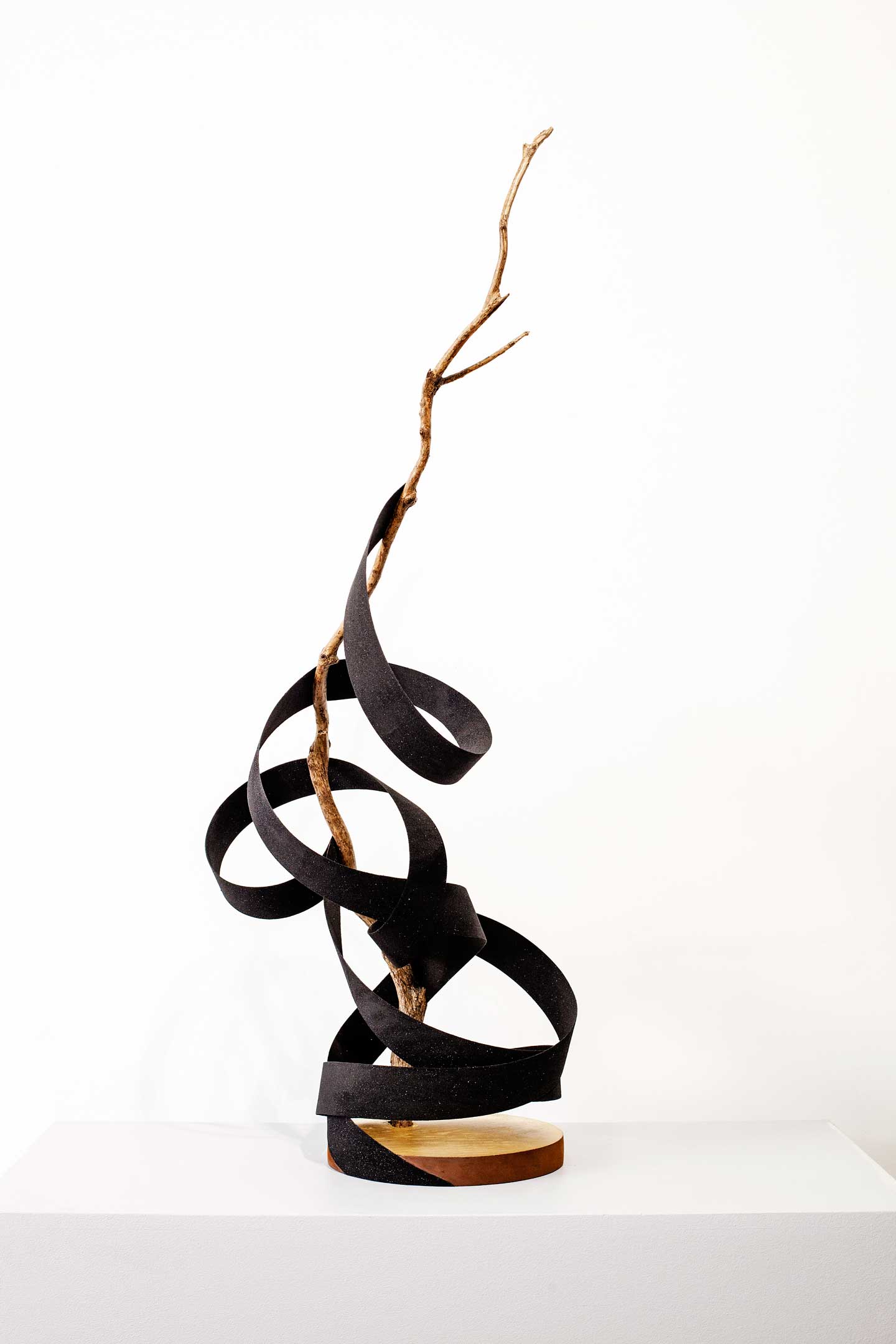 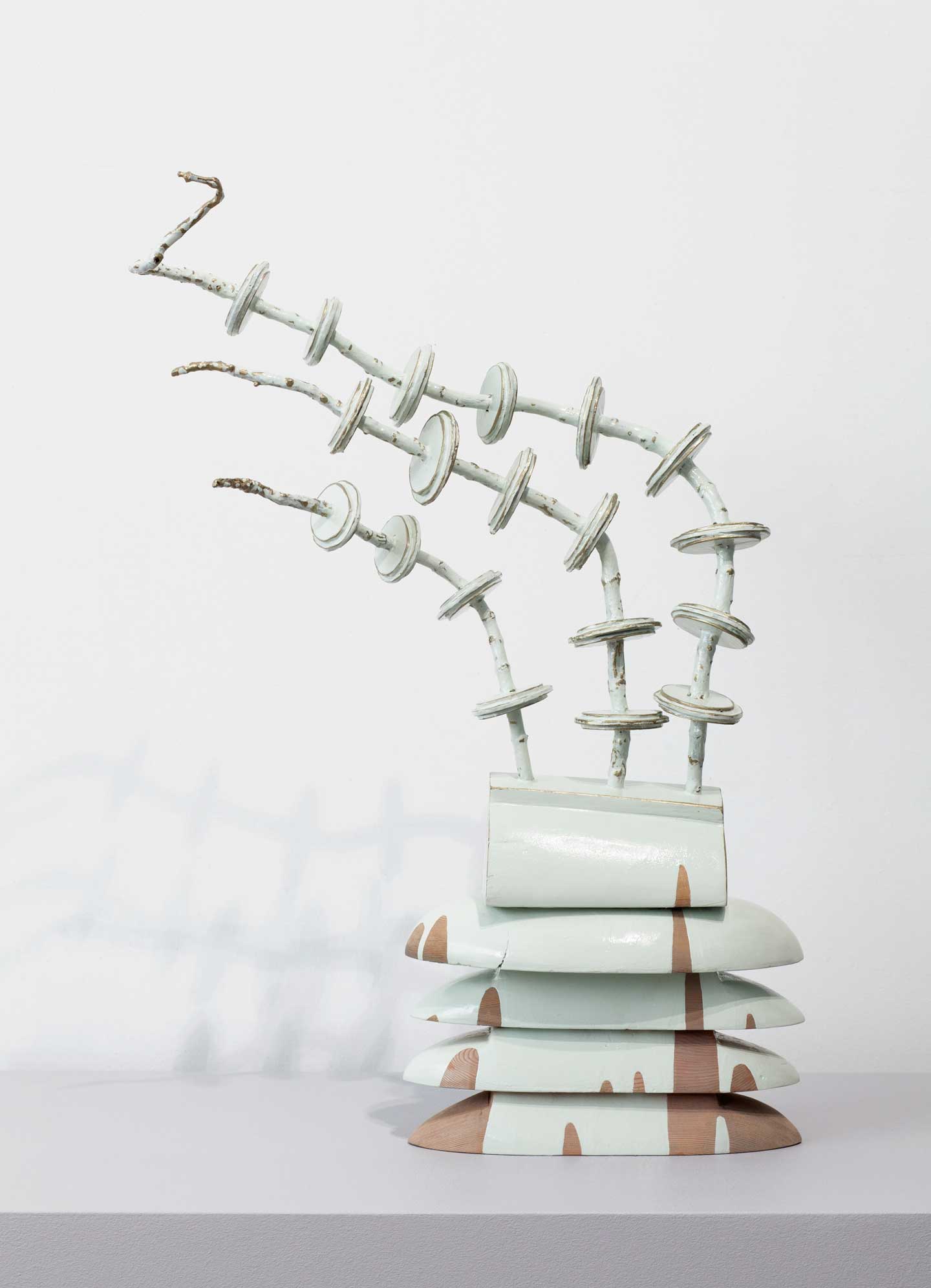 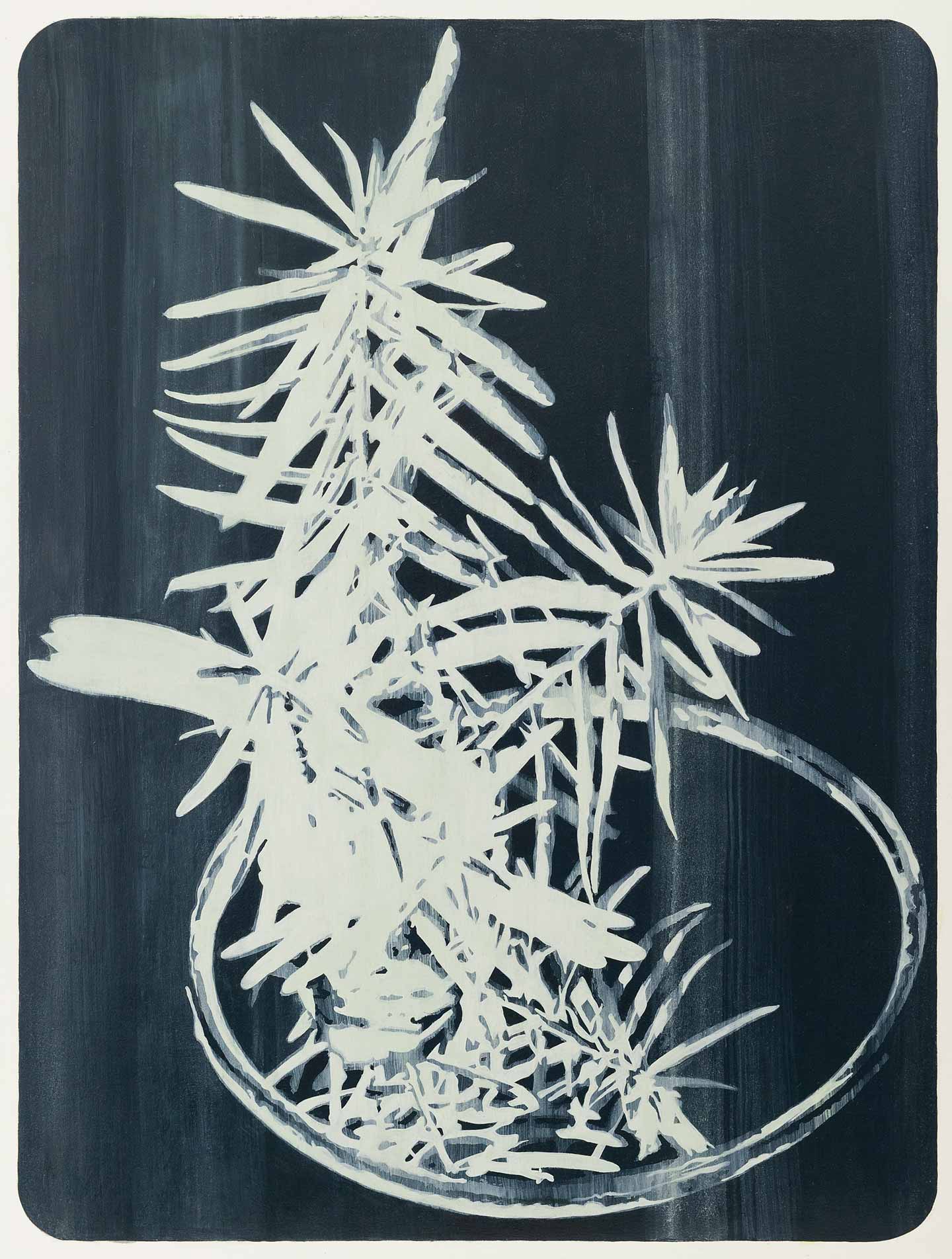 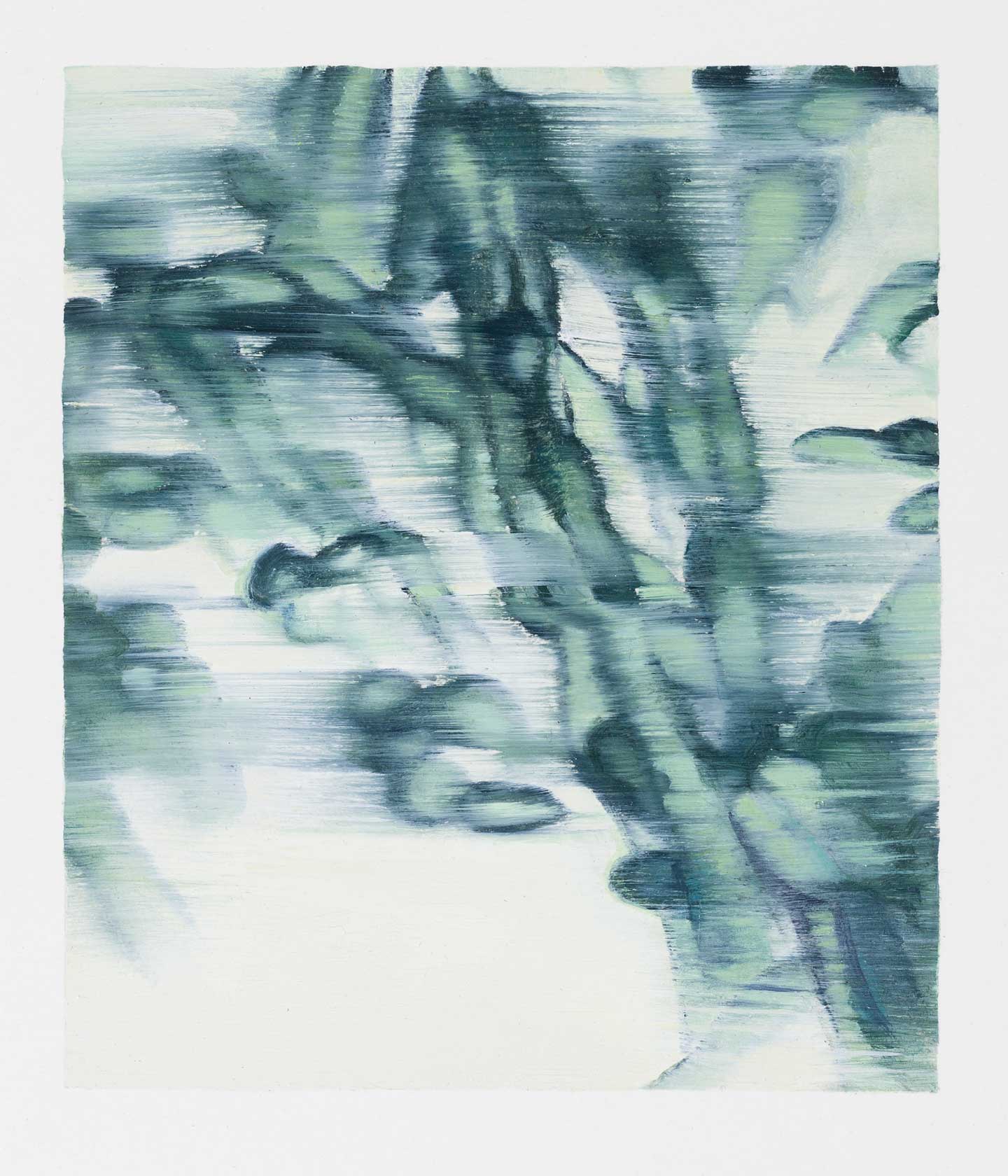 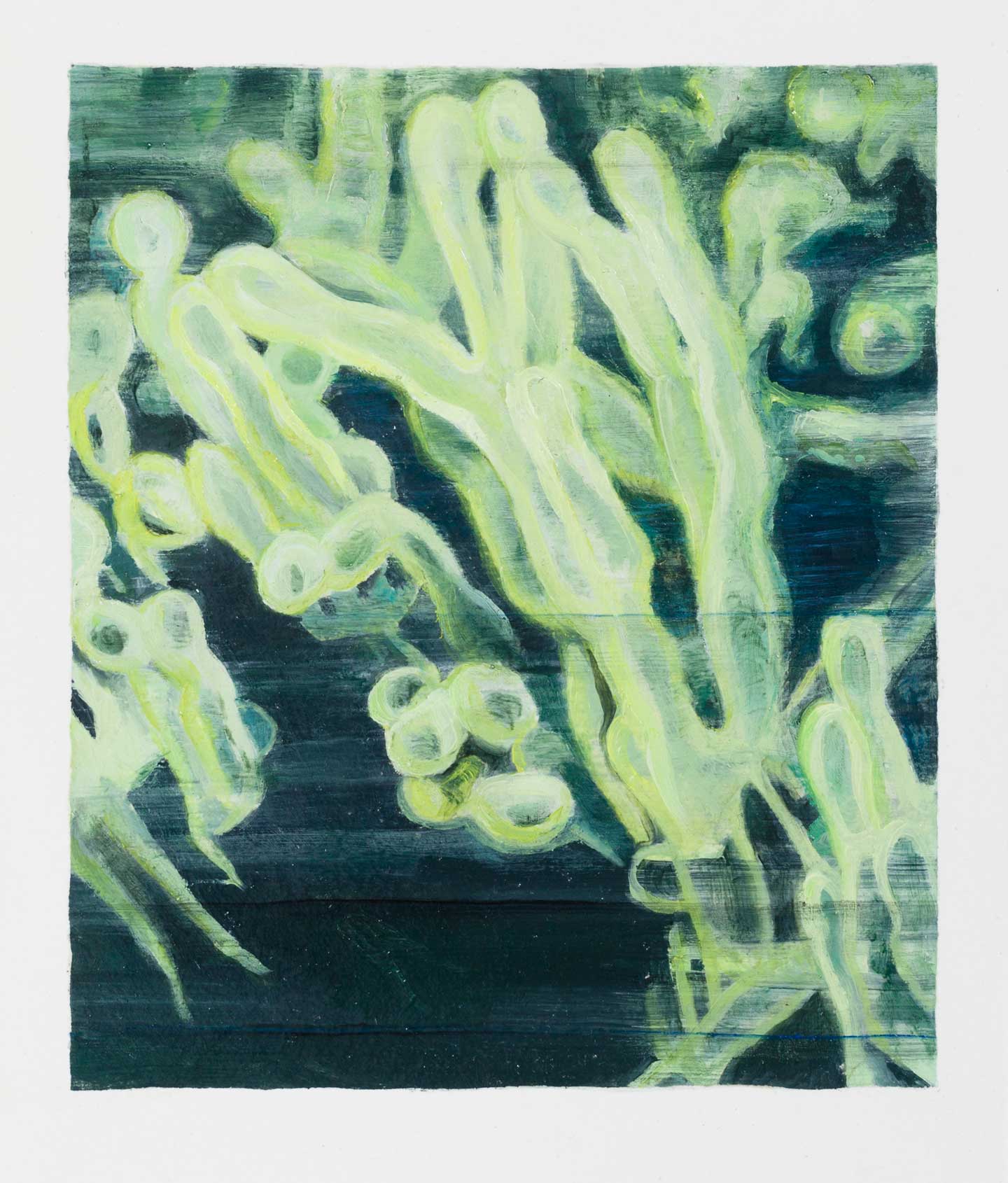 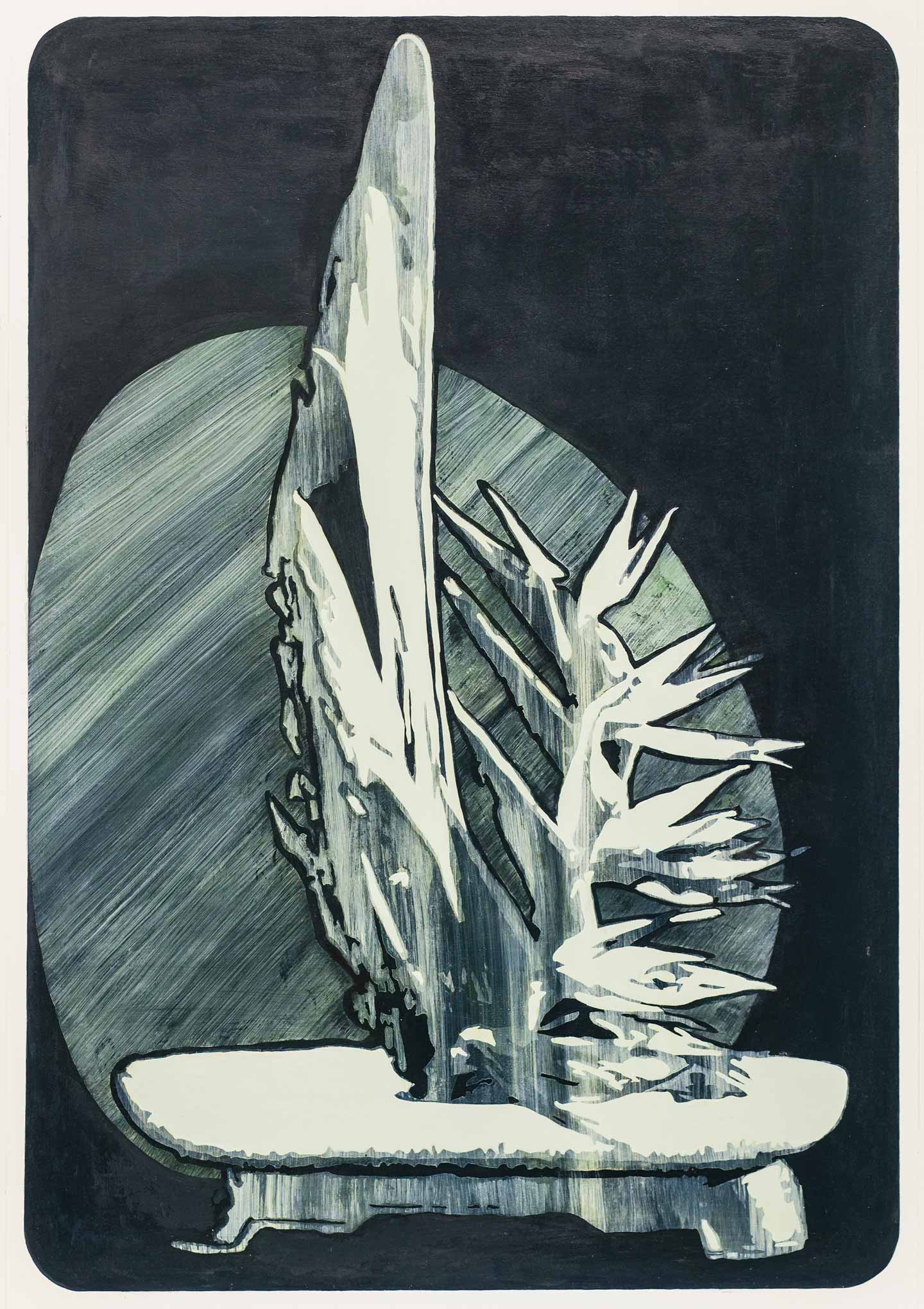 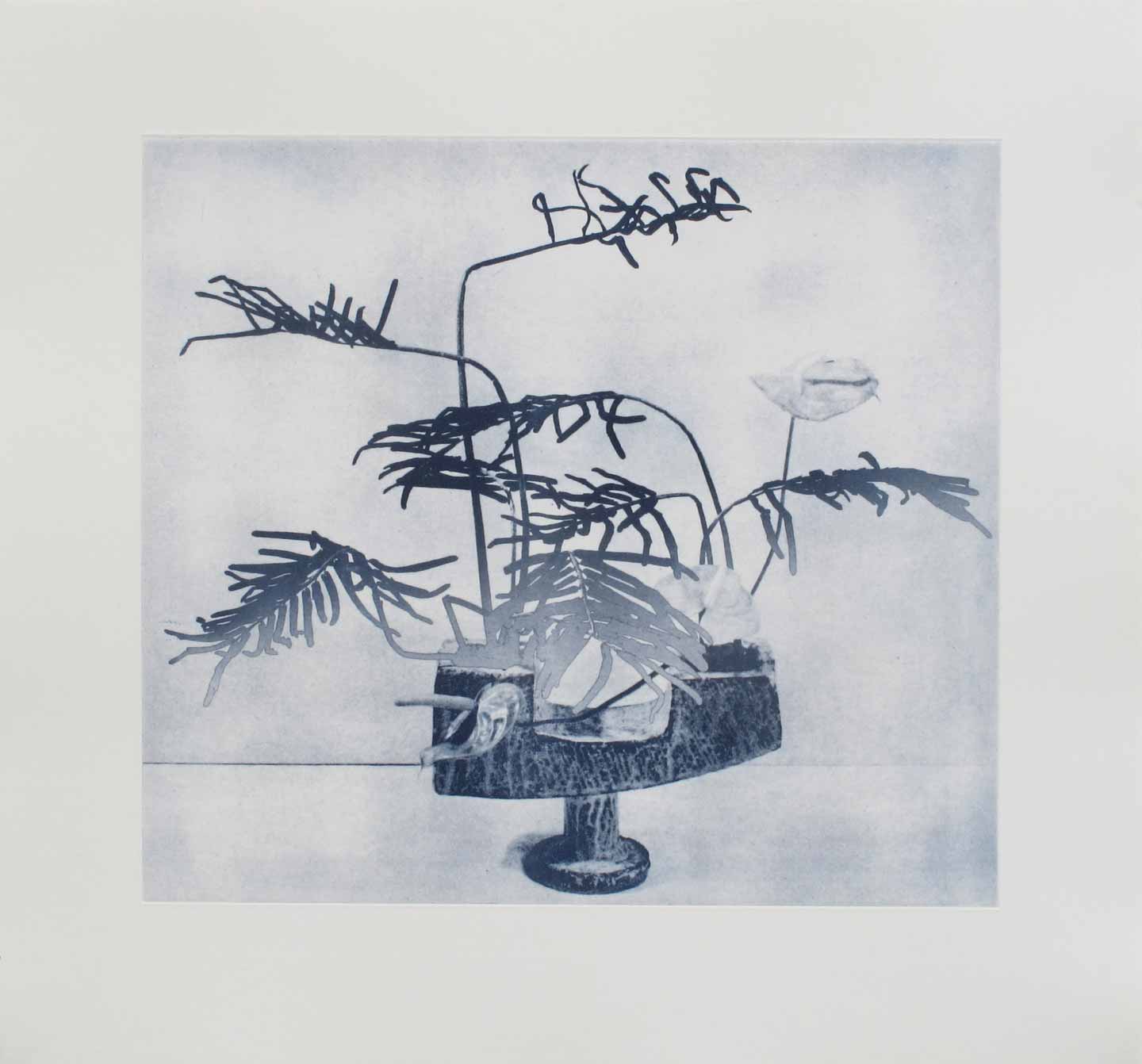 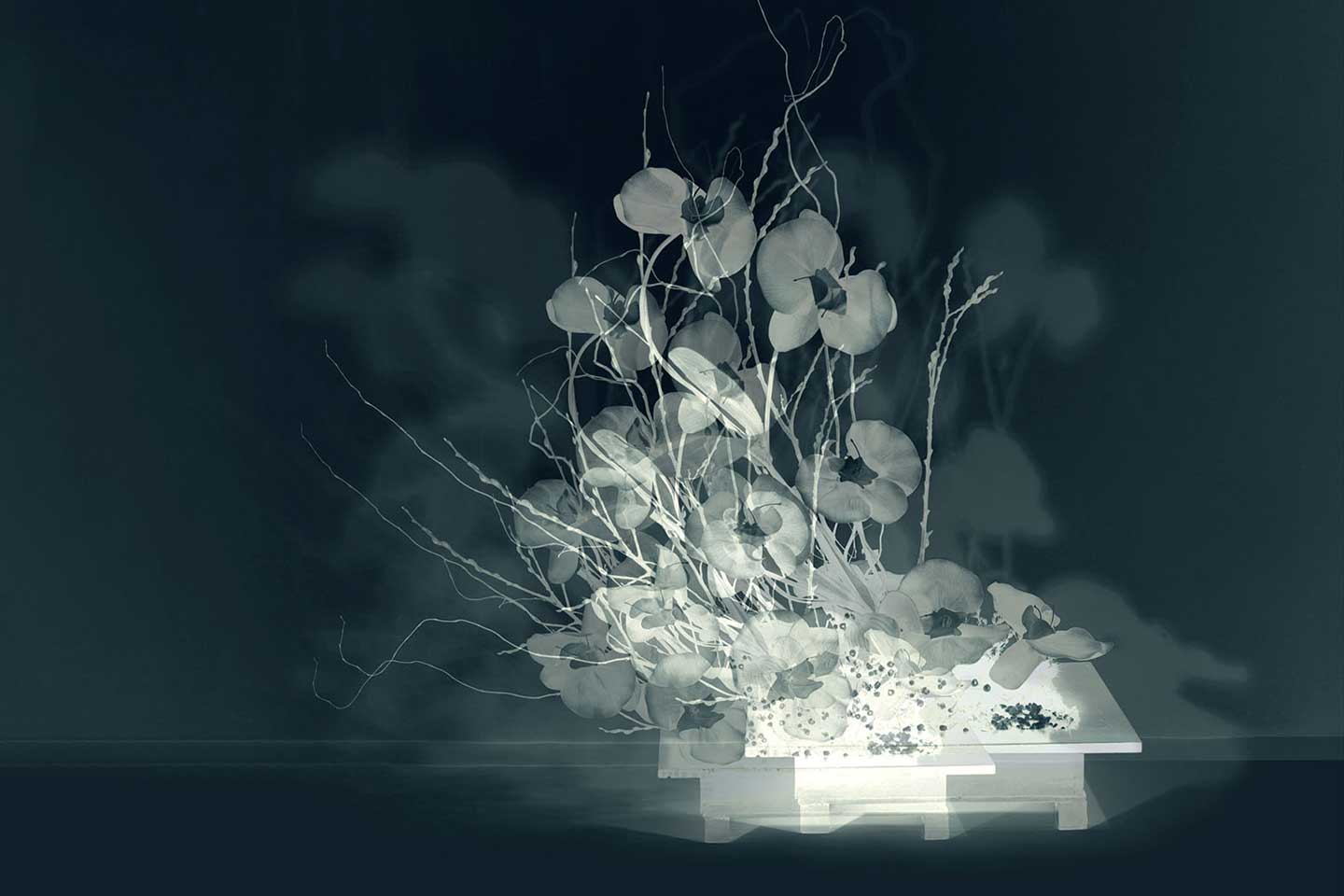 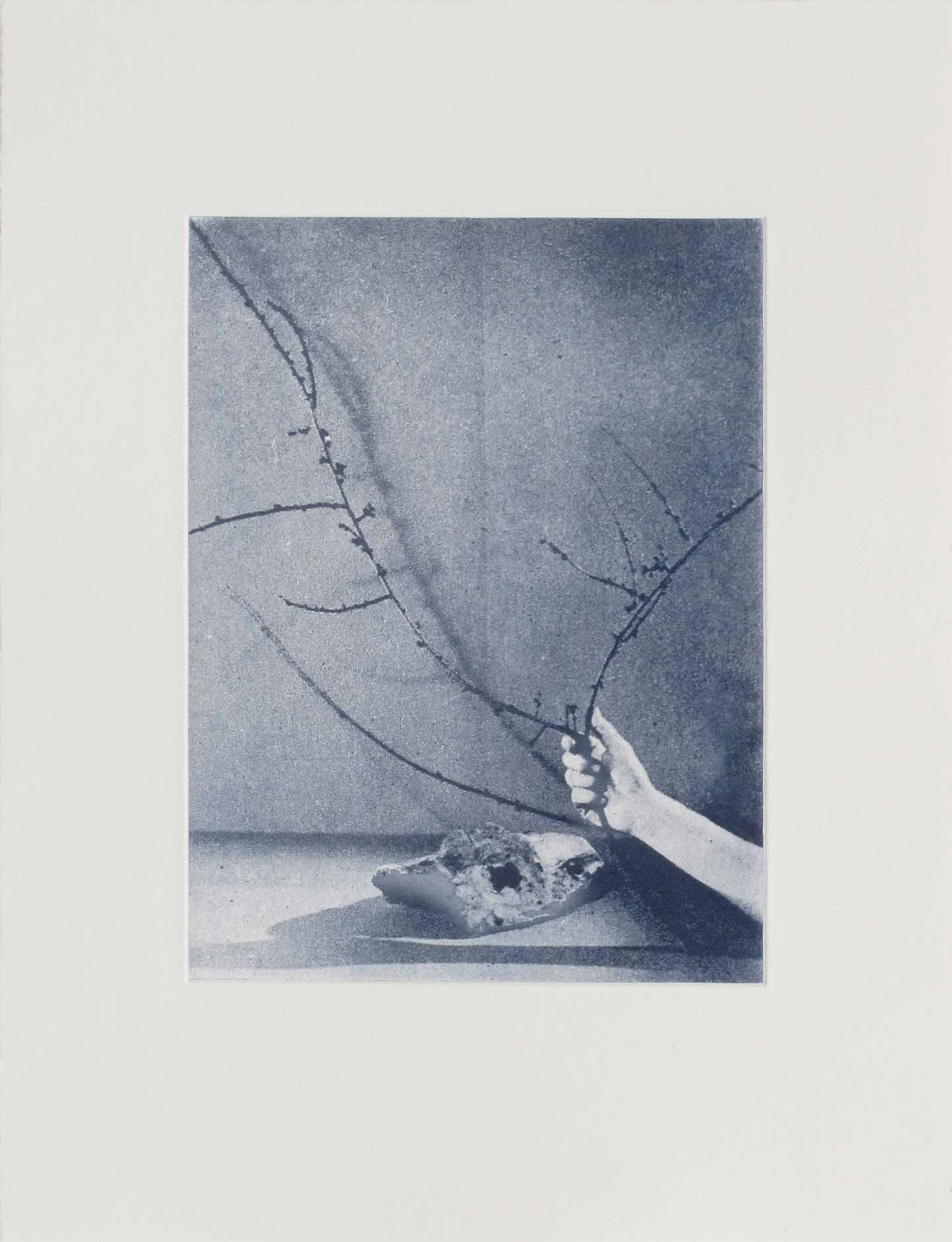 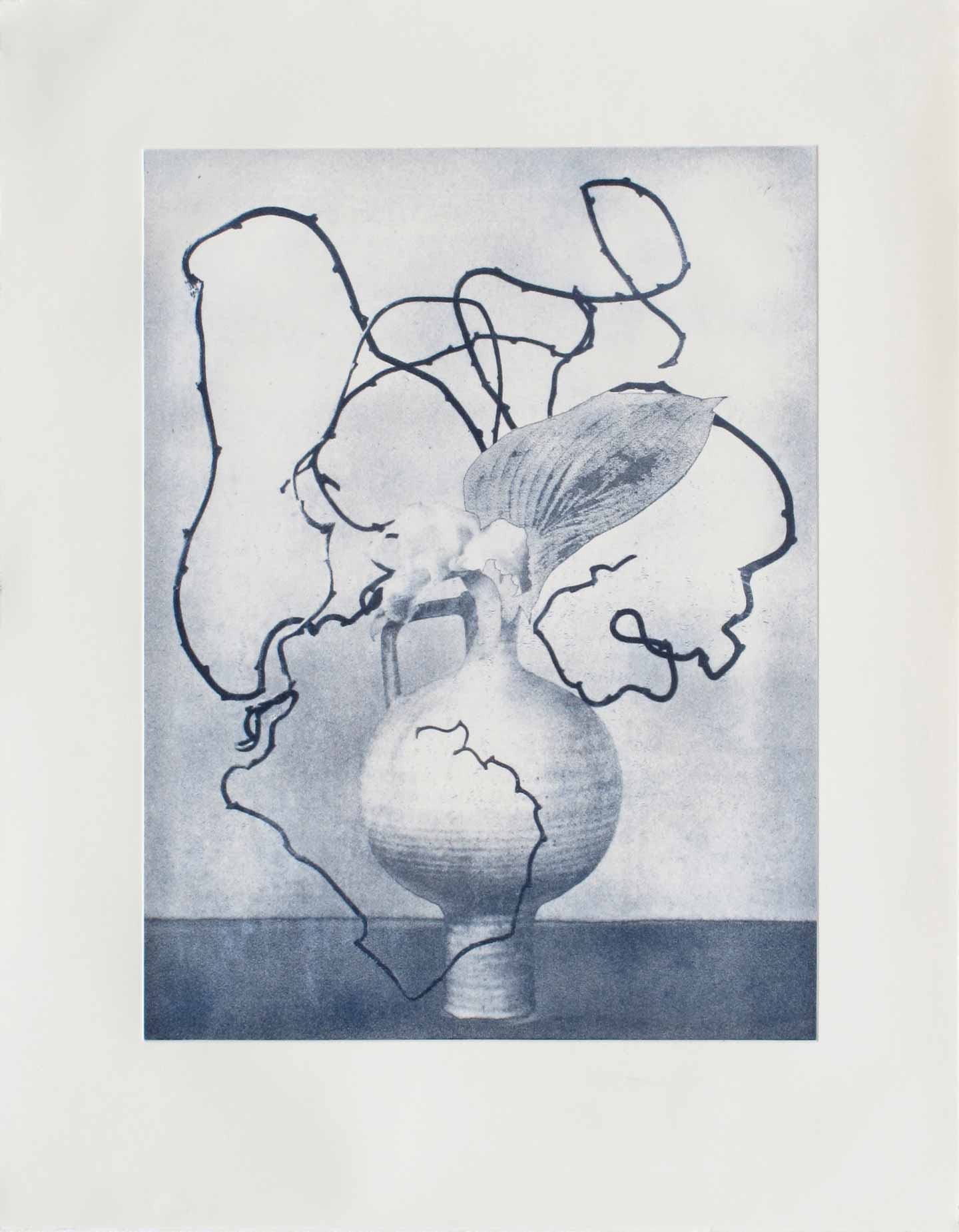 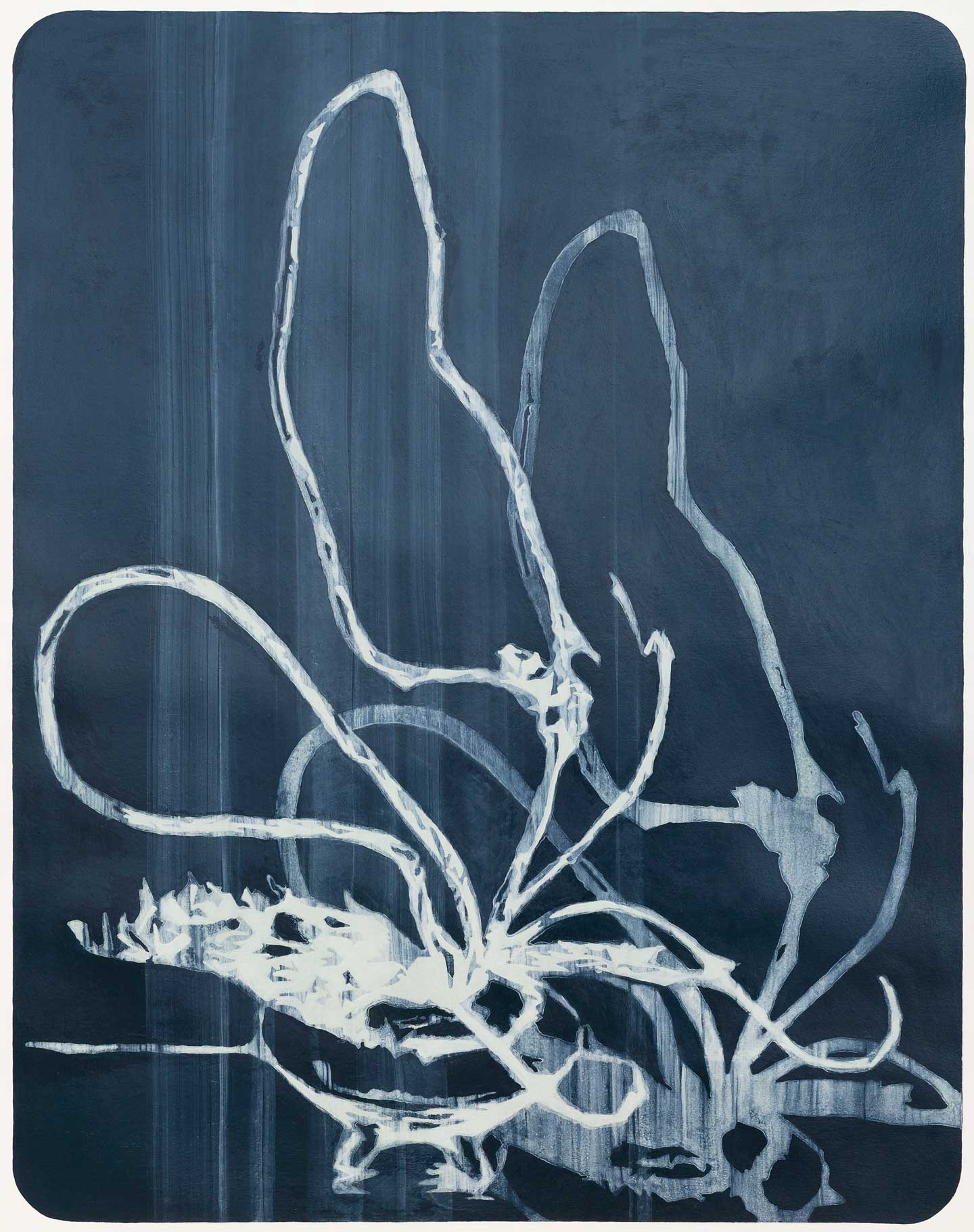 WHATIFTHEWORLD is pleased to present the Johannesburg opening of Bend To Her Will by Sanell Aggenbach featuring four additional new works.

From Underneath and In-Between

Here is the handful
of shadow I have brought back to you:
this decay, this hope, this mouth-
full of dirt, this poetry. (1)

In her poem Mushrooms, Margaret Atwood describes a landscape that seethes just under the surface. It’s been betrayed by its unpredictable interior spaces where the filaments of fungus, blown softly through the soil, now fight for air. Sylvia Plath, too, thought of mushrooms as forcing their way into the world and staking out a claim. They “widen the crannies” and “shoulder through holes”, ensuring that “the small grains make room”. (2) Both poets are attuned to the sensuous rhetorical force of language, to its wildness, and for both language doubles as a means to carve out space for the self. Sometimes a mushroom is not just a mushroom – it’s a body and a vessel and a tool.

Like Plath and Atwood, Sanell Aggenbach practices a kind of feminist mycology. She excavates dark things in dark places, submits them to study, turns them inside out and pulls them apart. In service of this project the artist deploys a wide range of intimate and elusive imagery: drifting spores, the specialised cells of the central nervous system or the petals of a flower. She allows us to see the innocuous anew, exposing the root systems that hold everything in place, or, as is sometimes the case, the hollows where roots once were or could be.

Underneath and
in-between there are
always empty spaces.

The diverse body of work collected in Aggenbach’s Bend to Her Will grows themes introduced in a previous exhibition, Atopia (2015). Foremost among these is a concern with the social and subjective experience of rootlessness. Atopia means to be without a territory, and the exhibition revolved around the artist’s fraught relationship with her Afrikaans cultural heritage. To explore the bio-cultural alchemy of belonging, Aggenbach spliced botanical specimens and engineered hybrid flora in wood, resin and metal. Each new whole was made more alien by its recognisable parts, positioning these objects – and by extension, Aggenbach herself – precariously between worlds. Bend to Her Will elaborates on this experience of ‘betweenness’ and all the instability it entails. Taking the body in relation to nature, to space and to history as a point of departure, the show engages in an erotics of disorientation. It asks what might happen if we’re estranged from the world without anchorage or bearings. If instead of digging our heels into the earth, we remembered that earth is mostly nothing at all.

Curiously, if there is a dominant motif in Bend to Her Will, it’s the flower. From waterlilies to the otherworldly inflorescence of fungus, flowers feature prominently in the prints, paintings and mixed media pieces. By harnessing this very recognisable, even clichéd, icon, the artist mobilises the sentiments that attach to it. Art has made the flower symbolic shorthand for sex and death. Budding and in bloom it’s an emblem of female sexuality. Cut, it’s a staple ingredient in Vanitas painting – a flower in a vase is already dying, and to enjoy its beauty is to revel in decay.

Aggenbach acknowledges these connotations without subscribing to their semantics. Her flowers are tightly composed but never coy, and they aren’t carnal, either. Instead, a microscopic spore formation is treated with the same tender descriptiveness as a bouquet, and conveys the same drama. The result is an aesthetic levelling that refuses to privilege any one symbolic currency or give itself up to easy interpretation. An economic use of line draws out spectral shapes from hazy pictorial space, with each illuminated leaf or petal isolated by a darkness that threatens to engulf it. A palette of mossy greens and deep blues evokes the halftones of nature studies and X-rays, equally, as if Aggenbach were peeling off the surface of still life to reveal the anatomy beneath.

The word anatomy rings true because it is hard to shake the feeling that these plants are placeholders for bodies. Expressive lines describe skeletal branches, rayon thread tumbles like hair and thorns seem primed to pierce the membrane of the canvas. Sometimes, as in Cumulus (2016), this is a conceptual as much as a formal correlation. Formally the work is inspired by dendrites; derived from the Greek root dendron or tree, they are the slender branched fibres of the central nervous system responsible for passing electrical impulses through the body. It’s also the term for the crystalline structures left by super-cooling liquids, a plant-like matrix that neatly aligns the matter of the universe and the workings of consciousness.

Aggenbach invests the organic with an unsettling subjectivity. Affect animates her still lives, so much so that each object seems to shiver with it. This charge is strategic and indebted (at least in part) to the artist’s lasting interest in the Japanese art of Ikebana. Ikebana, or ritualised flower arranging, employs plants to communicate emotion and trigger a meditation on impermanence. Geometric and often minimalist, its arrangements are a form of sculpture, as artist Akane Teshigahara puts it, “that exists only within a limited time span, transform[ing] from moment to moment, then perish[ing].” Time and space are therefore the discipline’s primary mediums. Rather than display flowers, Ikebana arranges the intervals, silences and gaps between objects in continuity.

With that in mind, it’s no wonder that Bend to Her Will sees Aggenbach return to an aesthetic device that depends upon an explicit relationship to time and space: inversion in the style of a photographic negative. If photographs are stencils off the real, suspending a moment like an insect in amber, then negatives are that stencil made strange. They’re the unseen architecture of an image, opaque where a photograph appears transparent. Historically Aggenbach has painted negatives to speak to the fragility of photography’s presumed veracity and to interrogate the limitations of sight and memory. Bend to Her Will marks an evolution of this technique, in that the inverted image develops an oblique attachment to history and expands its sphere of influence to include surrounding space.

In Nymphaea’s Looking Glass (2016), a diptych depicting waterlily pads adrift on the surface of a dark pond, this effect is pronounced. The pond has neither shore nor horizon, thrusting the viewer into a limitless monochromatic field. The overlapping leaves of the lilies resemble a Rorschach test, dissolving at the edges as though each might mutate at any moment, and the water slants away in a rippling plane. It’s bewildering, made more so by Aggenbach’s choice to flip the image along its lateral edge in the second panel. There, the waterlilies become their own meticulously painted echo, now black where once there was white. The pairing of opposites facilitates an eerie exchange between presence and absence where neither is offered as guarantee…at any minute, a volume may become a void.

Given time, it becomes clear that the heart of the work isn’t really either landscape. The pictures hinge on the seam between them, which functions in the same way as a skipped beat in a musical composition. Its emptiness serves to make the crisp tones on either side sharper. In true Ikebana style, it also makes the works mean through a spatialised relation to the world.

Nymphaea’s Looking Glass holds three major relationships in tension. The first is formal, between the two polarised images. The second is with the viewer, over whom these vast works tower. Their apprehension depends on our ability to consume the whole visual field in its uneasy entirety. Finally, the work is in dialogue with art history. It’s haunted by a big ghost in the form of Monet’s suite of waterlilies, which have burrowed into the public imagination as a quintessential image of artistic mastery. We see Monet’s painting through Aggenbach’s work like a shadow under the water, indistinct but undeniable.

I’m inclined to argue that if Monet’s work is the ghost, then Aggenbach’s appropriation of his paintings is a distinctly gendered exorcism. She disturbs the original reference by renegotiating its tactics. Where Monet was bound to a measured aesthetic unity, Aggenbach cultivates exactly the incoherence he hoped to avoid, offering up a jangling, hopelessly disorientating end result. Her inversion carries an uncannily recursive force that spills out beyond the borders of the painting, resisting both the limitations of the canvas and the burden of Monet’s iconography. The past is glimpsed but distorted, and without positional certainties.

While the mood may be different, the artist’s forays into art history can be read as advancing her engagement with the principles of Ikebana. Both canons are male-dominated – women arrange flowers as a hobby, not a musing on the universe – and both hang on a belief in the absolute value of artists and icons as fixed points of reference. Quietly but insistently, the works of Bend to Her Will explore the possibility that such absolutes can melt: that light can become dark, positive become negative, non-form eclipse form and boundaries blur.

Eventually, as Ikebana teaches, everything decomposes, a word that means ‘to separate into components’ and reveal the spaces in-between.

These are their flowers, these fingers
reaching through darkness to the sky,
these eyeblinks

that burst and powder the air with spores.