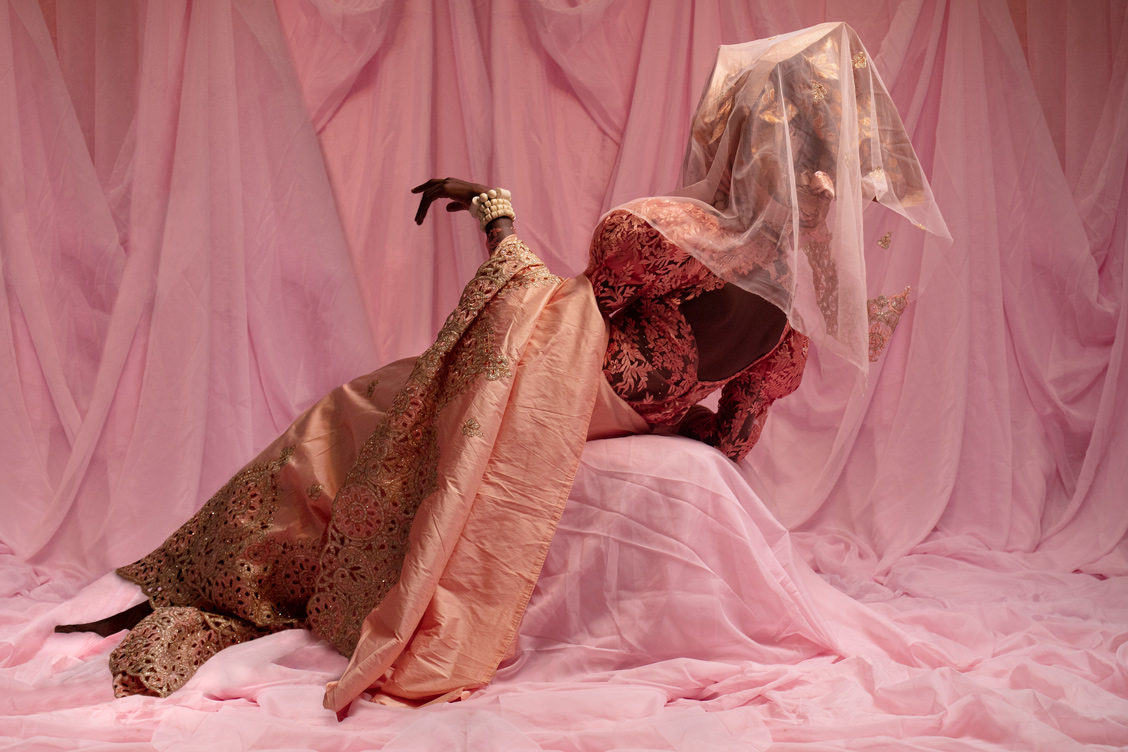 Central to Ogunbanwo’s artistic investigation, is his desire to document the culture of Lagos; expand the contemporary African visual archive; and portray self-represented African narratives. He documents the complexity of his culture using veiled portraiture and fashion as a cultural signifier, and in doing so, counteracts the West’s monolithic gaze on Africa.

Born in Lagos, Nigeria in 1987, Ogunbanwo’s work has featured in the The New Yorker, New York Times, Vogue Italia, ID online, British GQ and Riposte Magazine, amongst others. His solo exhibitions include e wá wo mi  (2019), We Must Not Be Looking (2017) and Are We Good Enough (2015) at WHATIFTHEWORLD, Cape Town, he has also shown a selection of his works at the Niki Cryan Gallery in Lagos (2019). Recently, he was awarded a three-month residency in Amsterdam by the Thami Mnyele Foundation, which will take place in 2021. He has attended the MMCA Residency programmed by the National Museum of Modern and Contemporary Art, Korea. He was also commissioned to show in the window displays of Galeries Lafayette, Paris in the Africa Now exhibition (2017). His work forms part of the public collection of the National Gallery of Victoria, Australia and the Wedge Collection in Toronto, Canada.