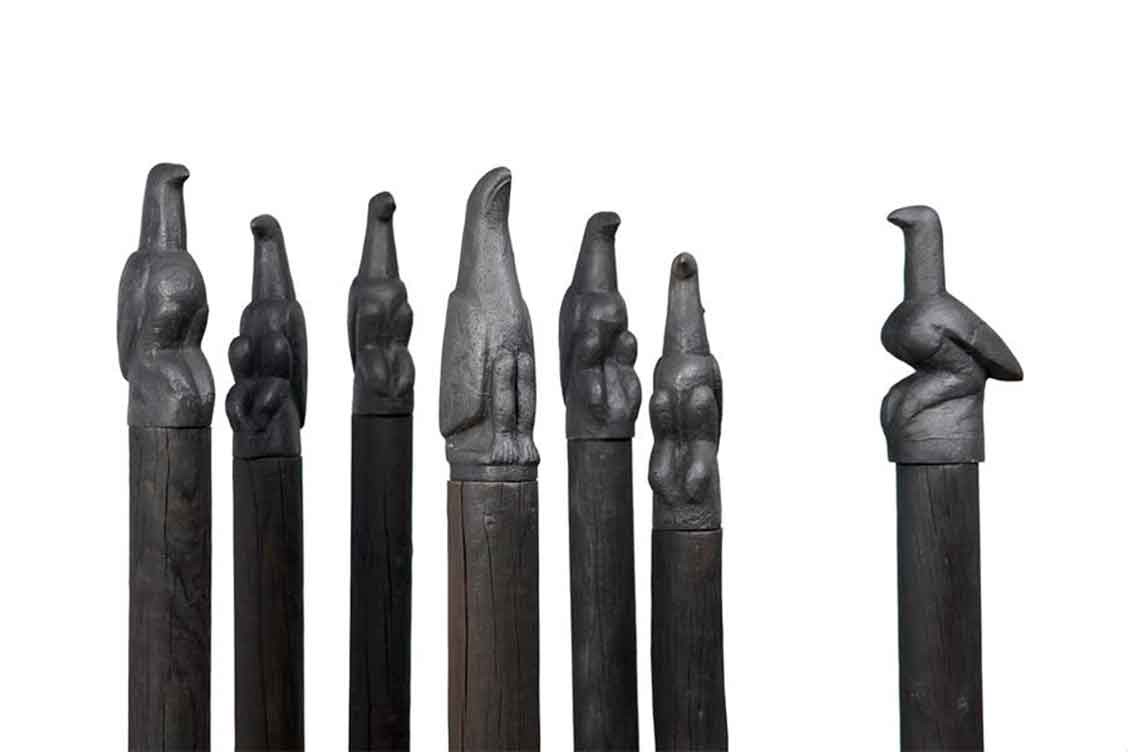 Michele Mathison’s debut solo exhibition at Tyburn Gallery (London) titled Uproot will be on show from 5 February until 19 March.

Through the manipulation of various materials, Mathison transforms everyday objects into charged artistic declarations. Informed by his own migratory experience, living primarily in South Africa and Zimbabwe, his sculptures and installations form a visual language commenting on both the personal and political. Together, the works in the exhibition form a conversation on themes of labour and migration, a visual narrative of Sub-Saharan Africa’s collective concerns.