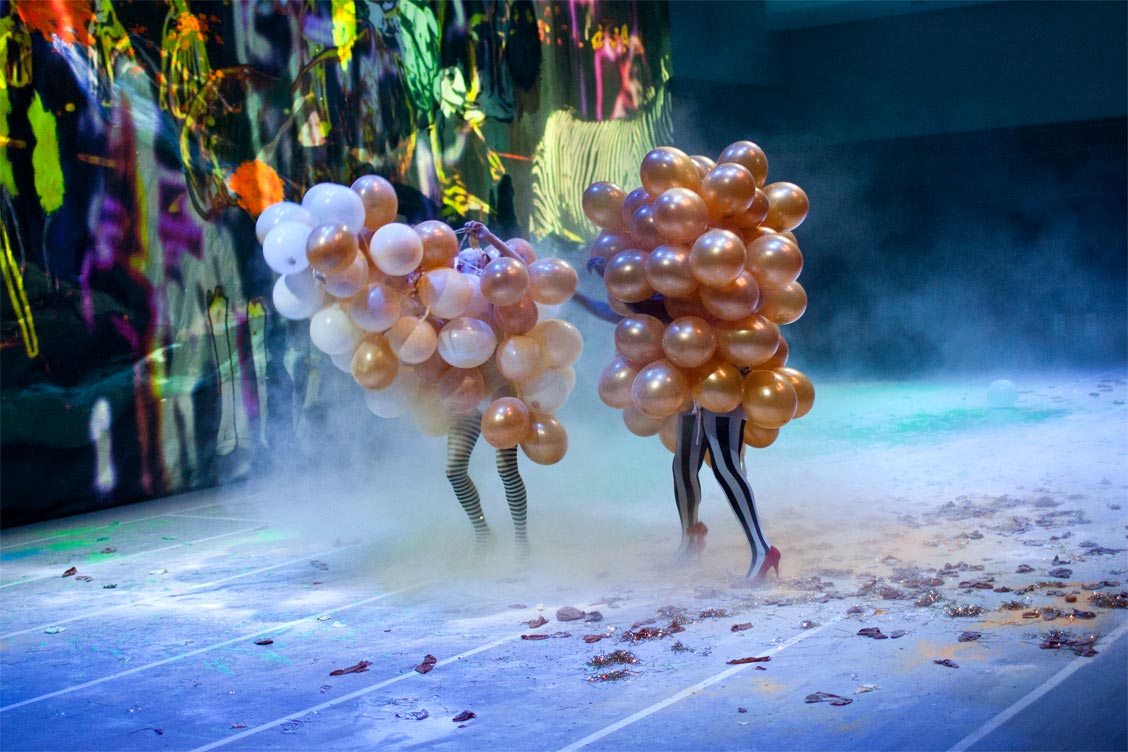 WHATIFTHEWORLD is pleased to announce Athi-Patra Ruga as the 2015 Winner of the Standard Bank Young Artist Award for Performance. The Standard Bank Young Artist Award is arguably the most prestigious accolade to be awarded in South Africa, and is given to young South African artists who have demonstrated exceptional ability in their chosen fields. Designed to encourage the recipients in the pursuit of their careers, a key aspect of the awards is that they guarantee the artists a place on the main programme of the next National Arts Festival. In addition to a cash prize, each of the winners receive substantial financial backing for their Festival participation, whether this involves the mounting of an exhibition or the staging of a production.

Ruga’s performance pieces are a combination of processions and interventions, using the procession as a way in which to extend and deepen communication with the audience. Ruga’s most recent and ambitious work titled The Future White Woman of Azania is an ongoing series of performances engaging new definitions of nationhood in relation to the autonomous body. Other themes in Ruga’s works are the interrogation of utopic ideals and rhetoric, racial ideologies and the body as a communicative tool.

Recent performances include The Founding Myth staged for the opening of the South African Pavilion at the 55th Venice Biennale; The Elder of Azania commissioned by the Museum of Modern Art San Francisco and YBCA as part of the exhibition Public Intimacy; and Next Future hosted at the Gulbenkian Foundation in Lisbon Portugal.

We would like to congratulate Athi-Patra Ruga and his studio for this well deserved award and extend our thanks to the patrons and supporters of his work who have been instrumental in allowing us to realise this ground breaking performance work.