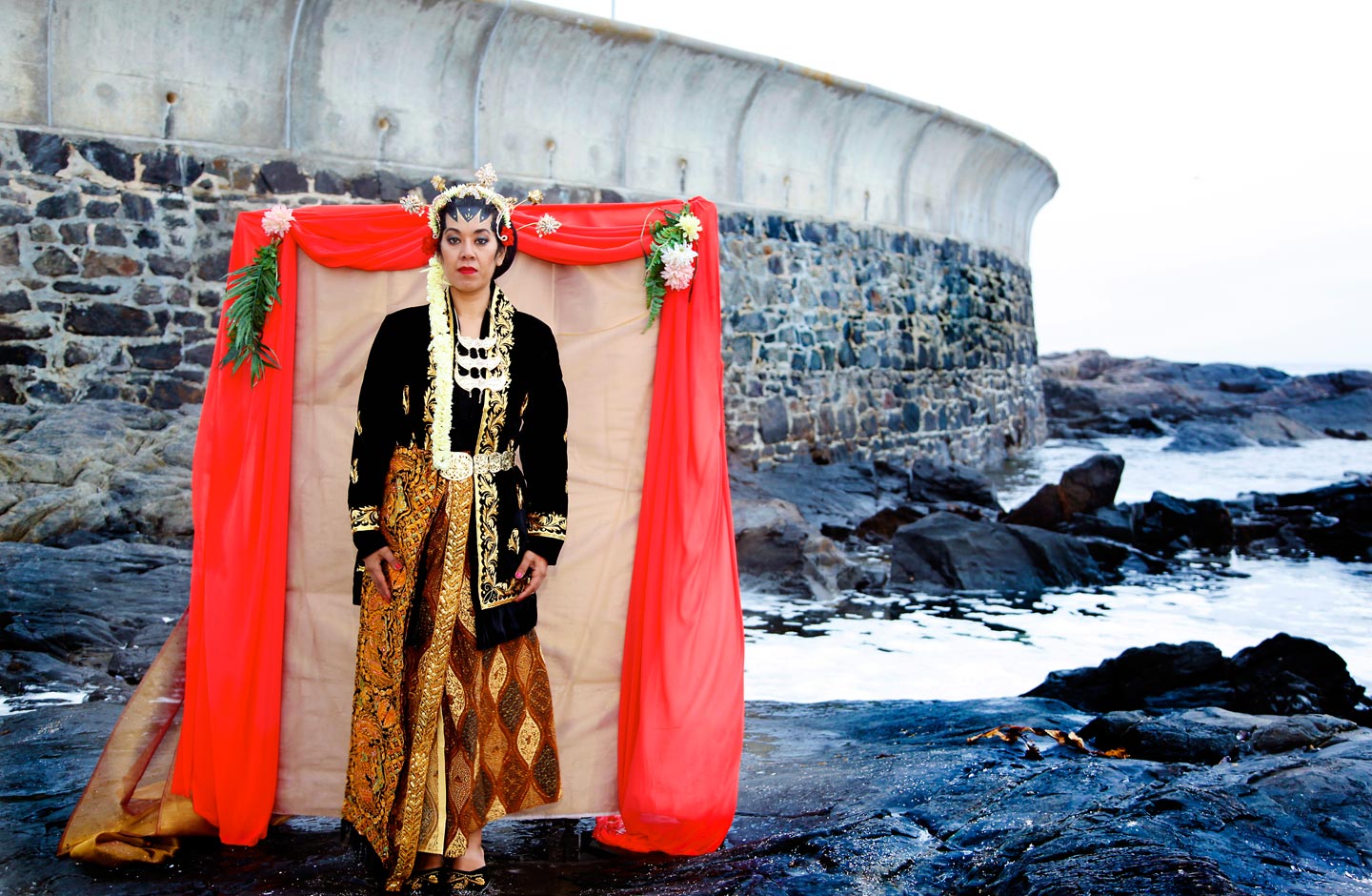 I AM ROYAL Self Portrait 2 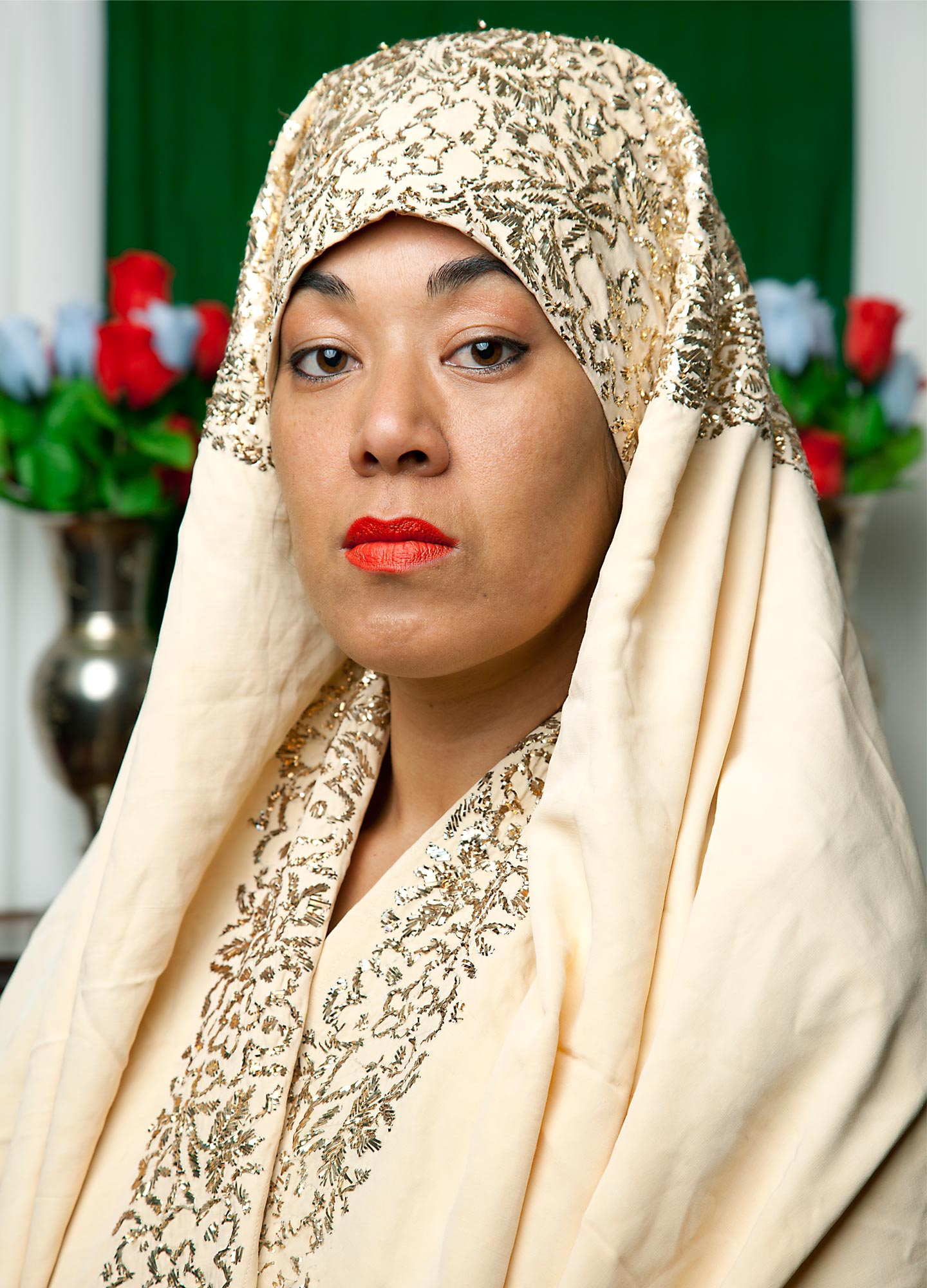 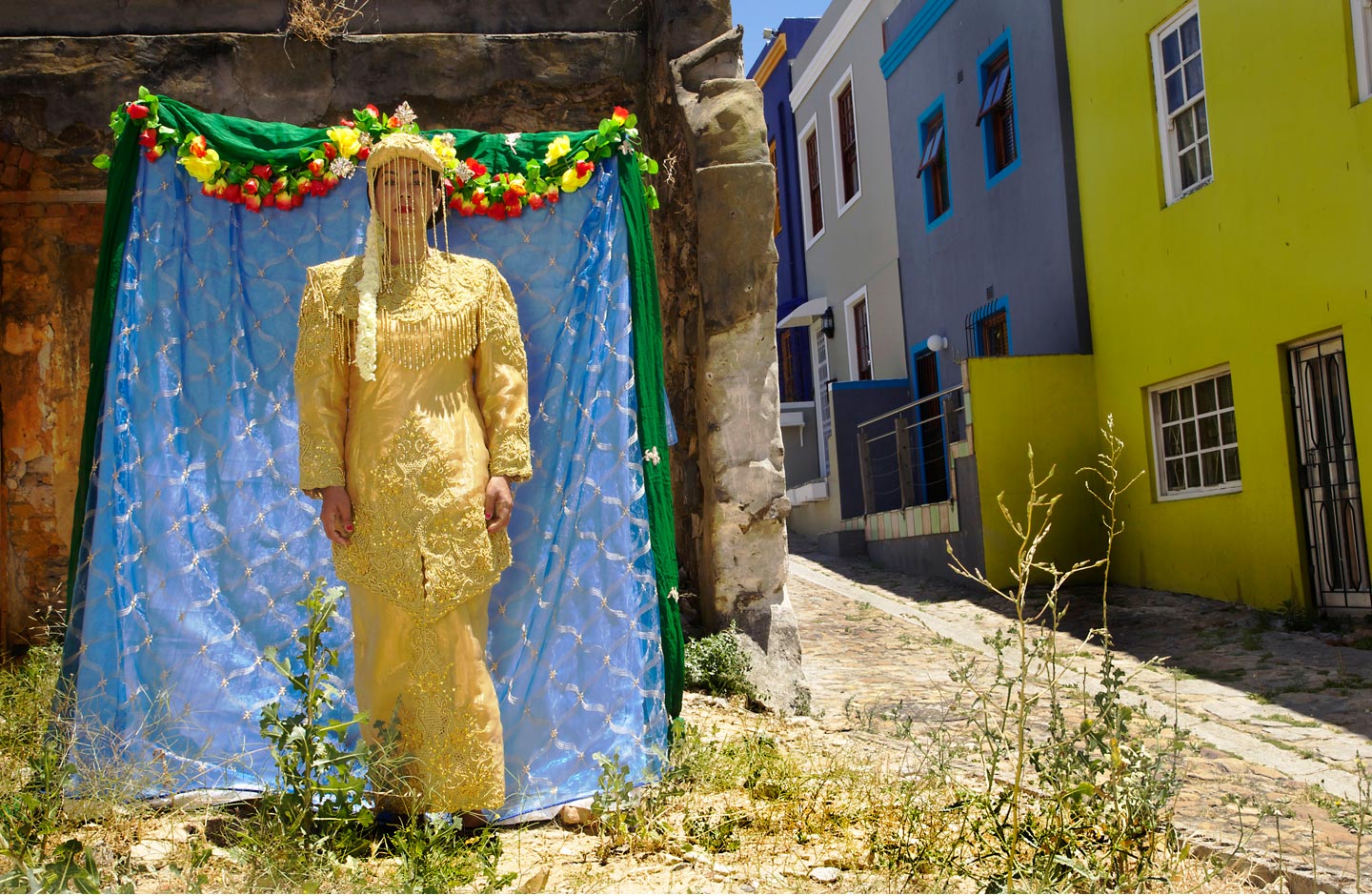 I AM ROYAL Self Portrait 3 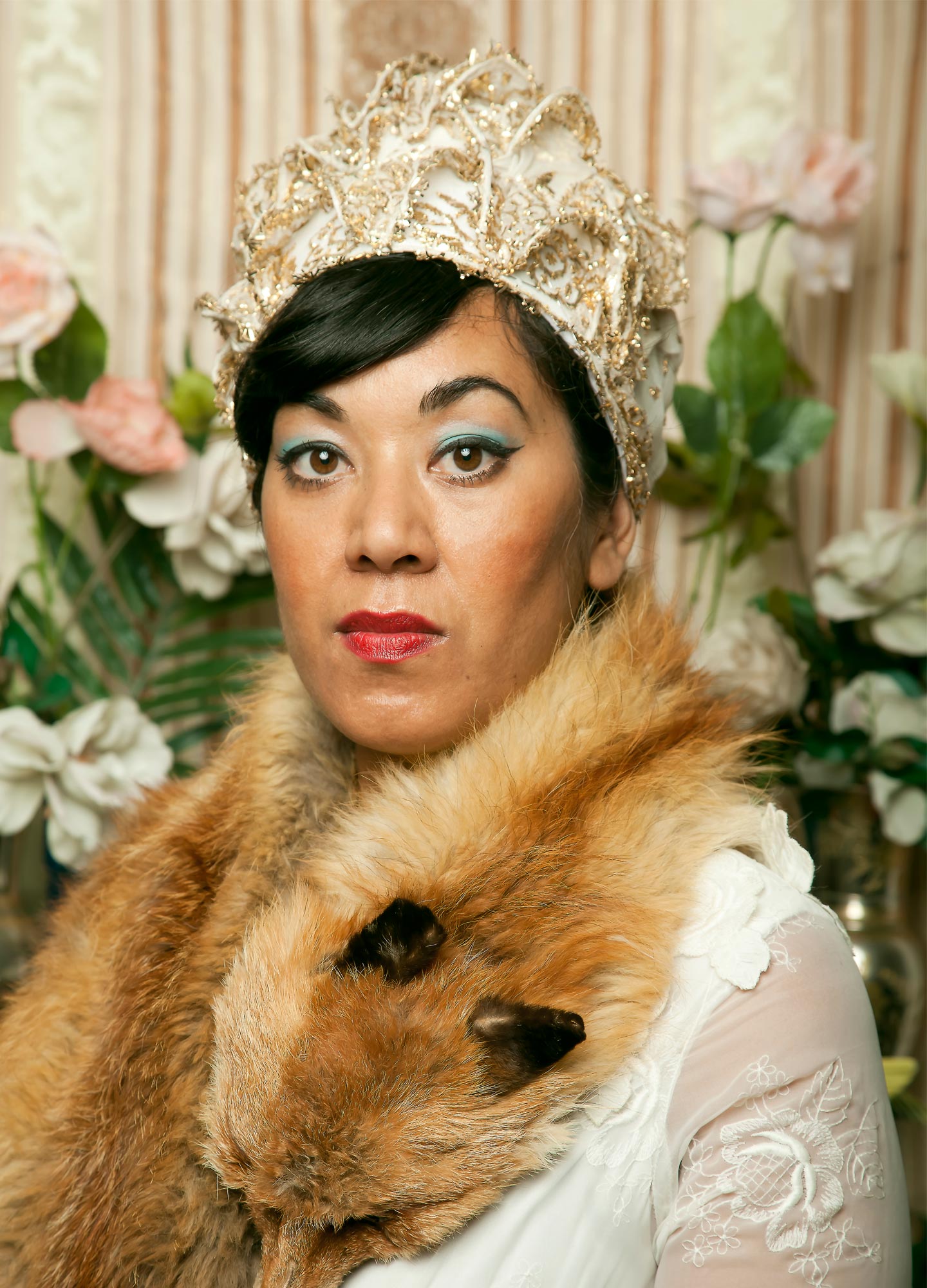 I AM ROYAL Self Portrait 4 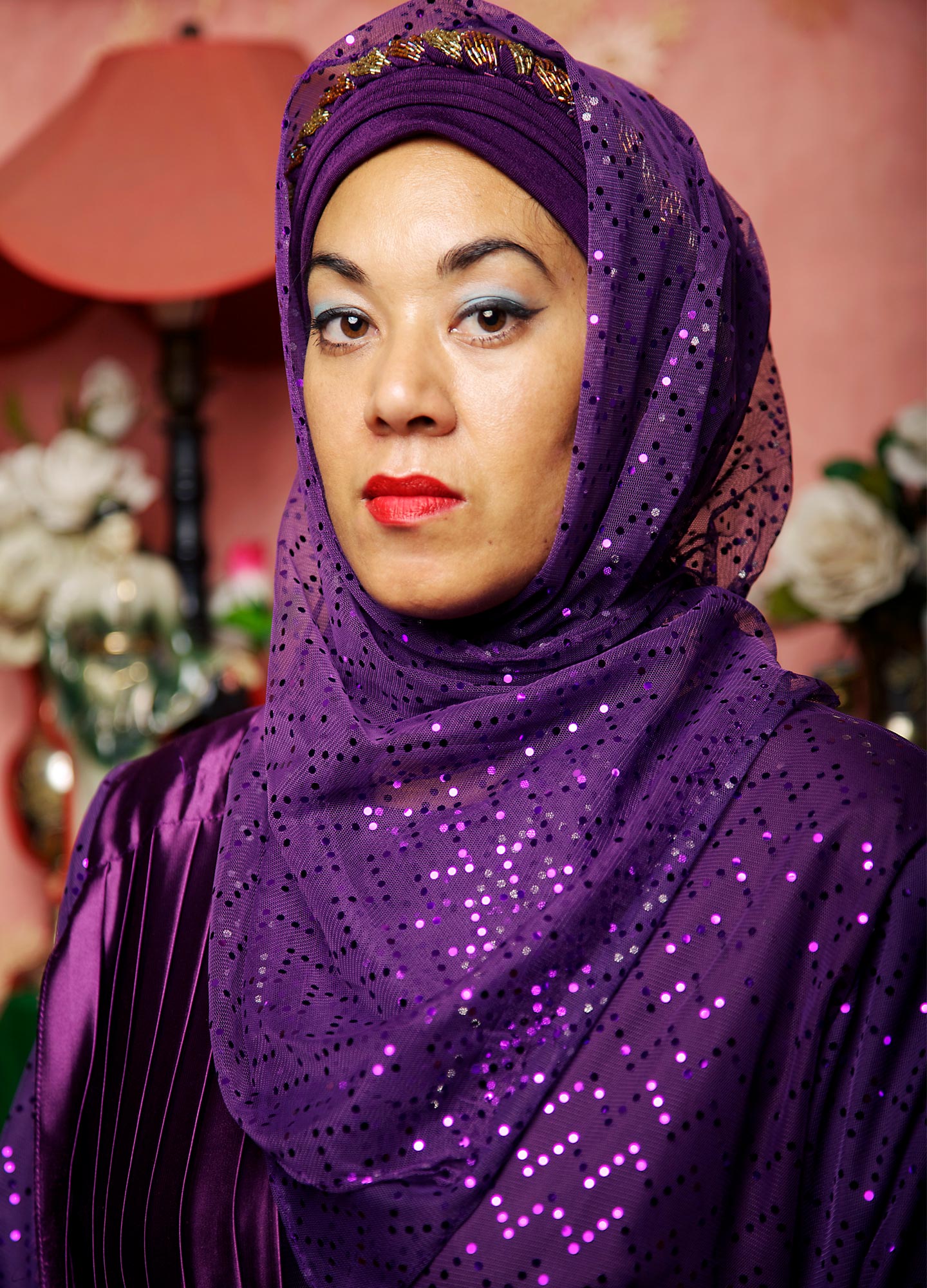 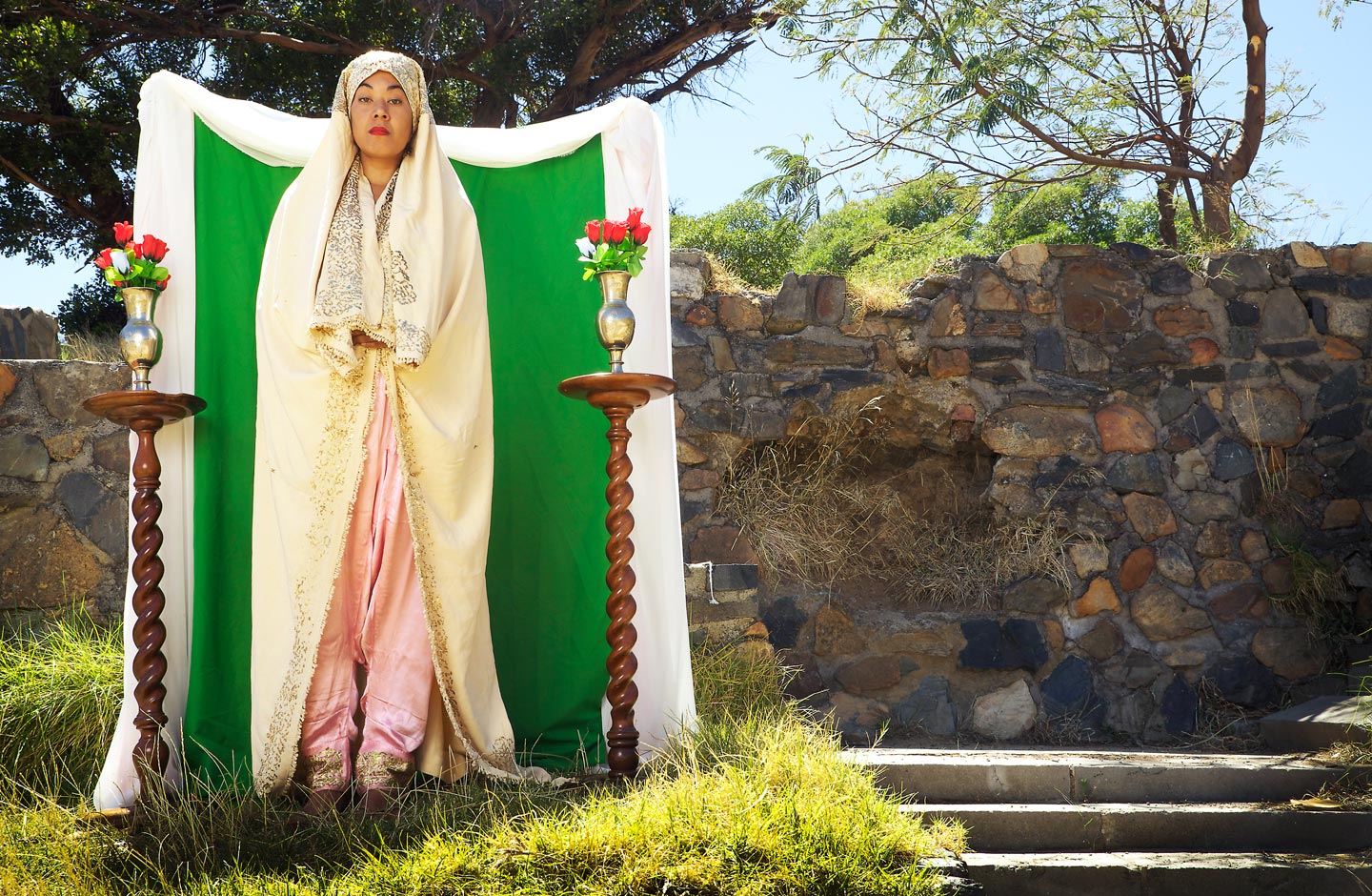 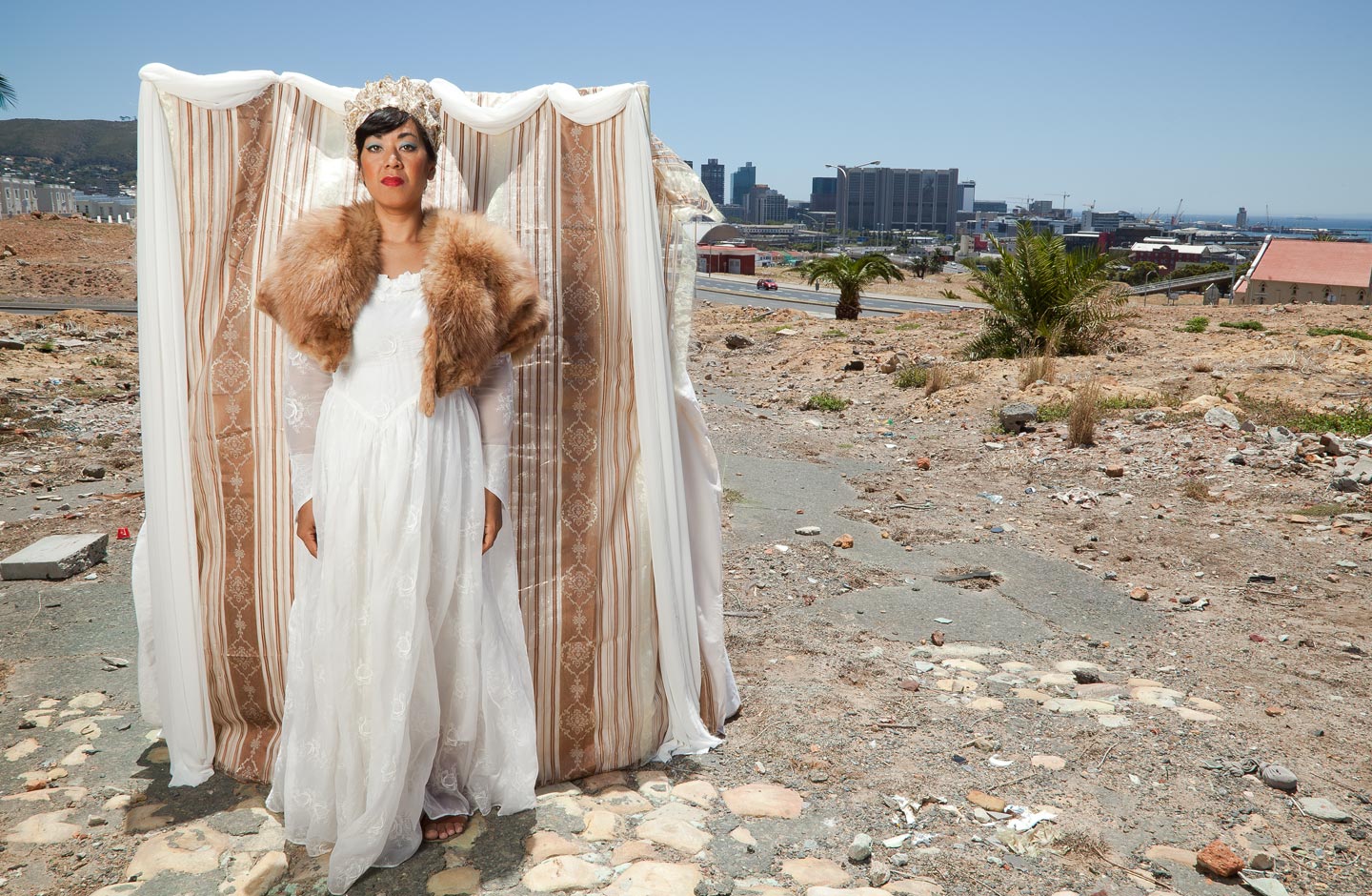 I AM ROYAL Self Portrait 1 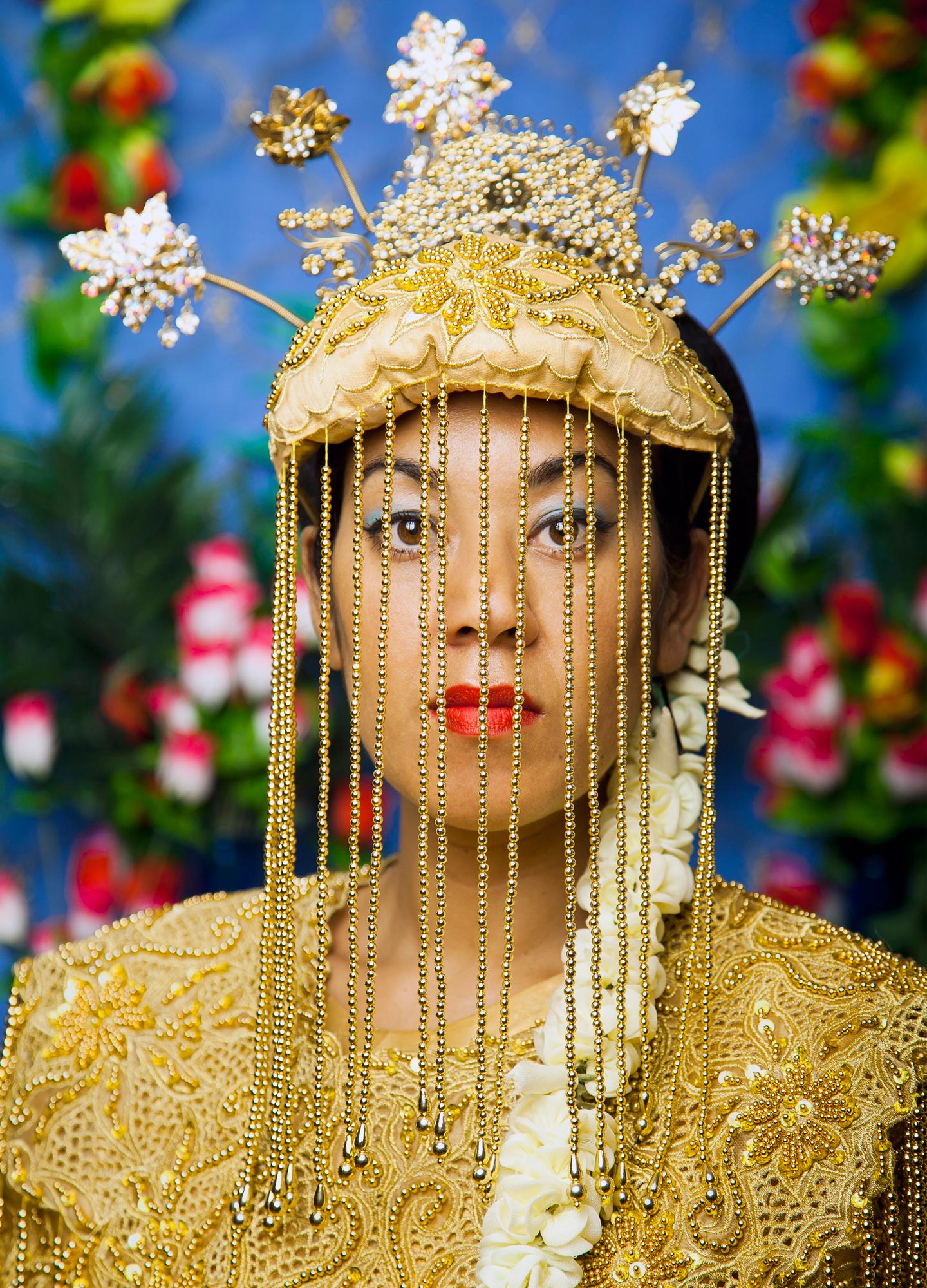 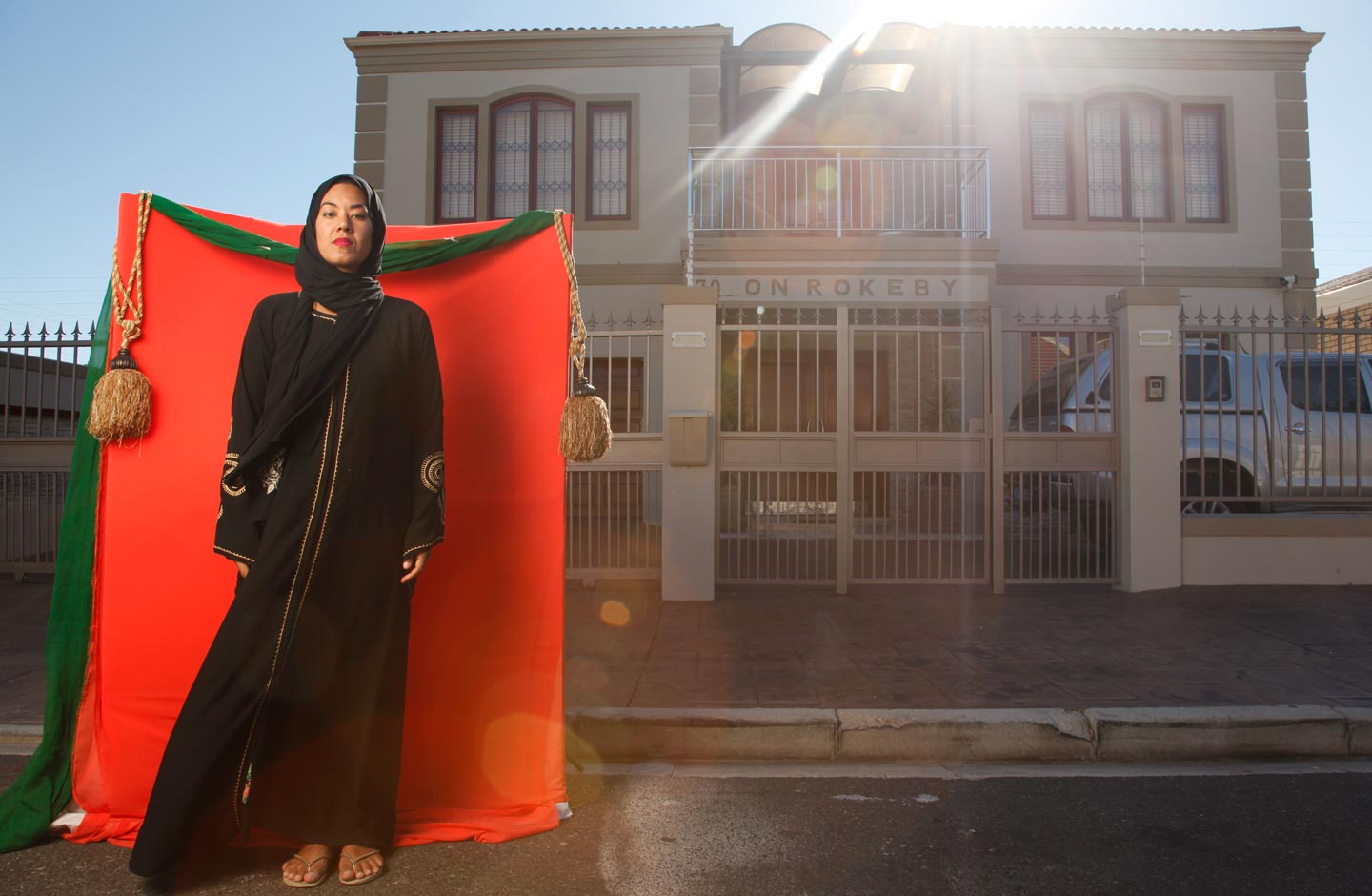 Solo exhibition at AVA Gallery in 2015

” Petersen journeys back in time exploring her ancestral connection, the construction of historical narrative through the colonial gaze, and the impact of the oppressive narratives exerted by that gaze.  She asserts herself in the geography of history and time and reinterprets the language of colonialism, the gaps between, to embrace the fullness of being human. She calls on the spirit of her direct ancestor Imam Abdullah IbnQadhu Abdus Salaam (Tuan Guru), a prince from Tidore, Indonesia, who was brought to South Africa in the 1700’s and imprisoned on Robben Island for many years. After his release he resided in Dorp Street Bo-Kaap, where he opened the ﬁrst mosque and school. He was never enslaved.

Petersen uses ceremonial Malay adornment as part of her compass and returns to sites significant to issues of slavery, forced removals and opposes the emphasis exerted by the colonial inventory on the bodies of people of colour, using her experience of being Cape Malay. She reclaims these spaces and elevates the visual and historical language, expanding and deepening the narrative to assert a victor as opposed to a victim.“