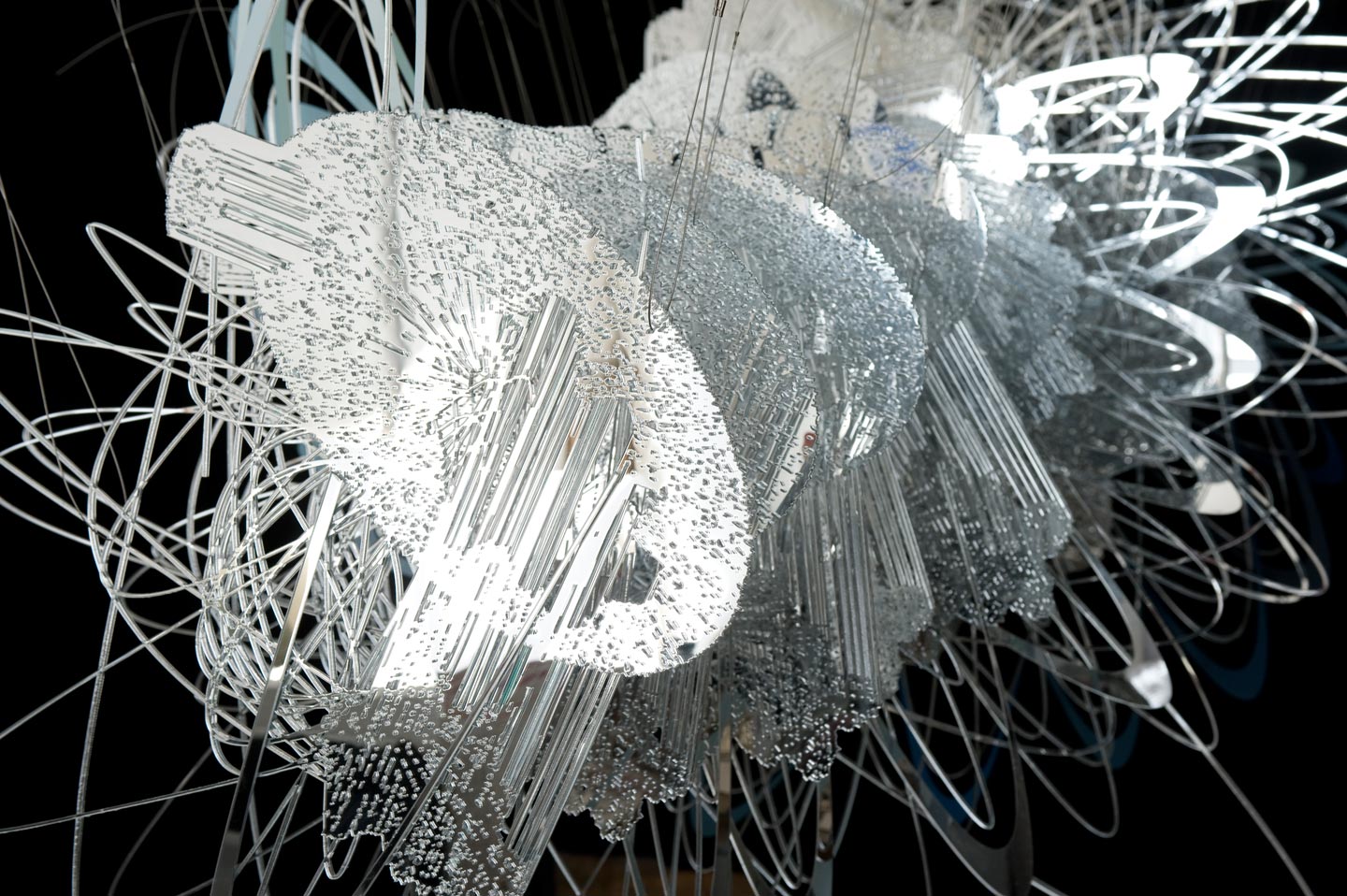 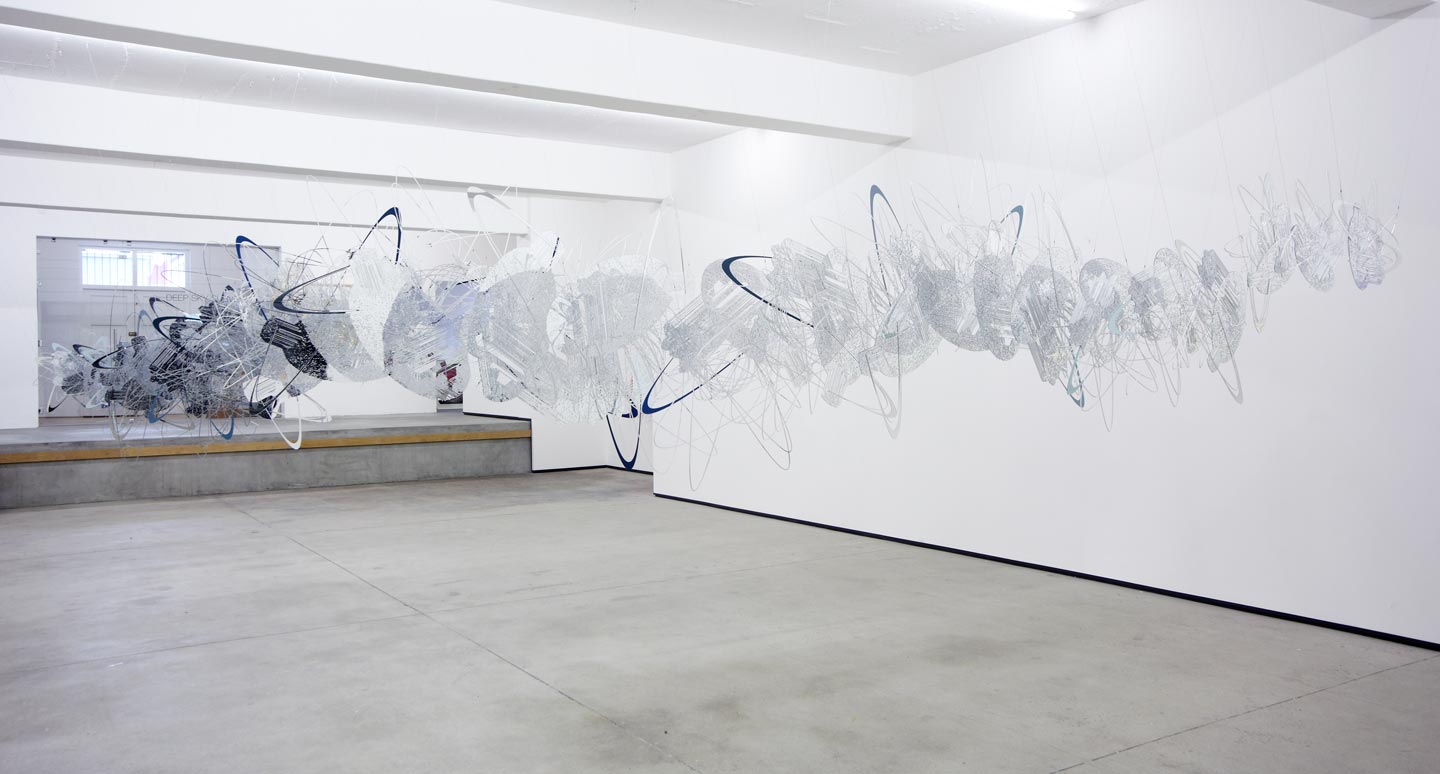 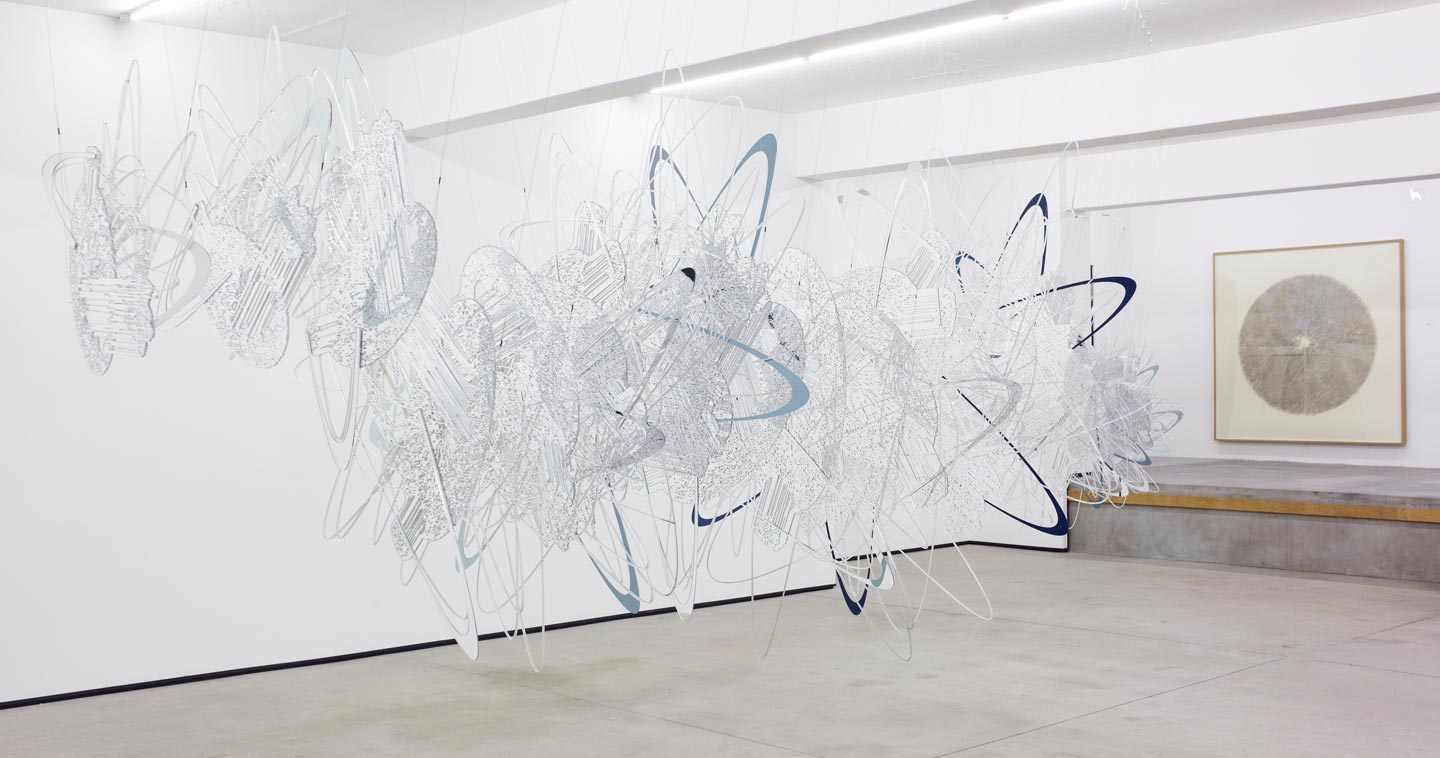 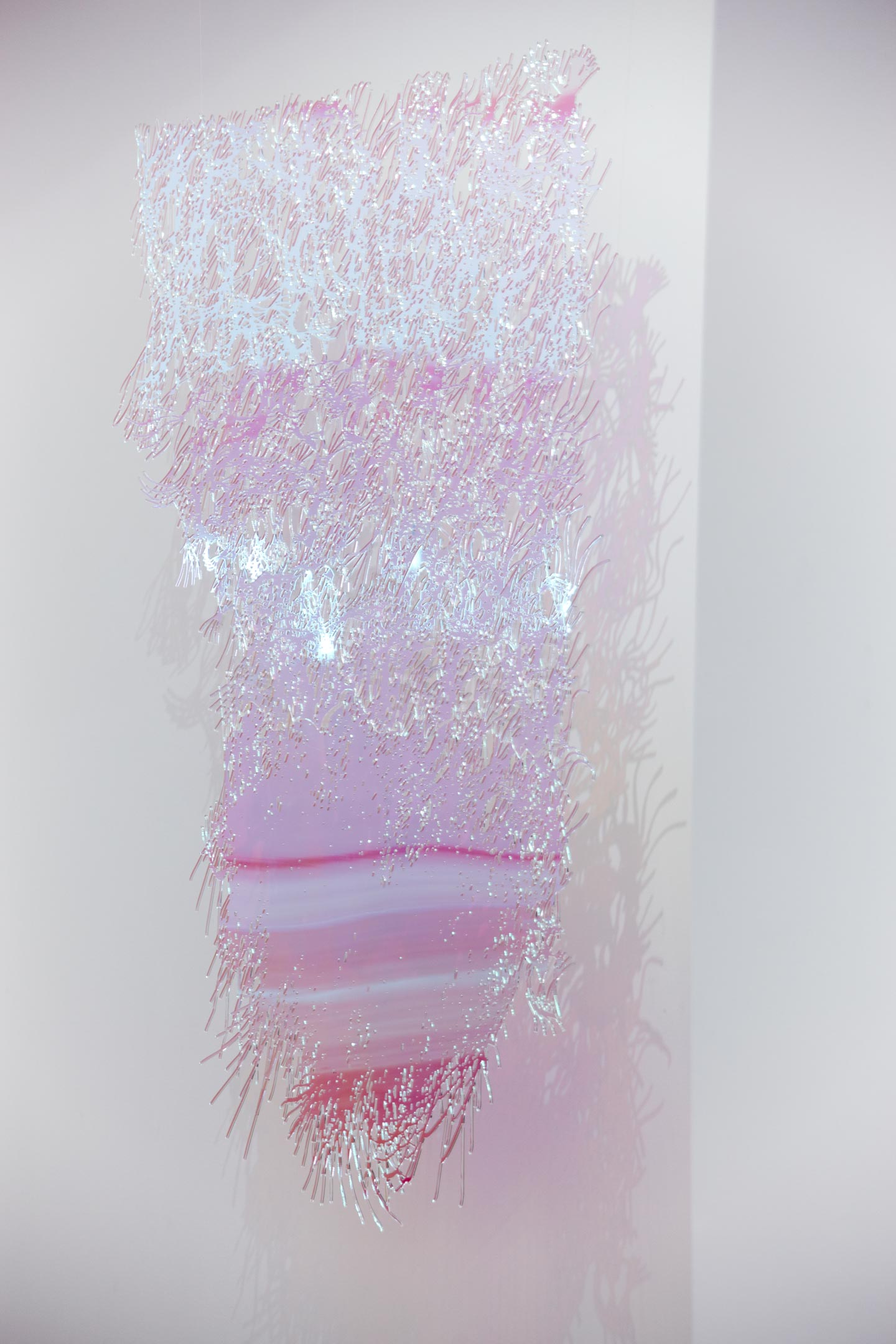 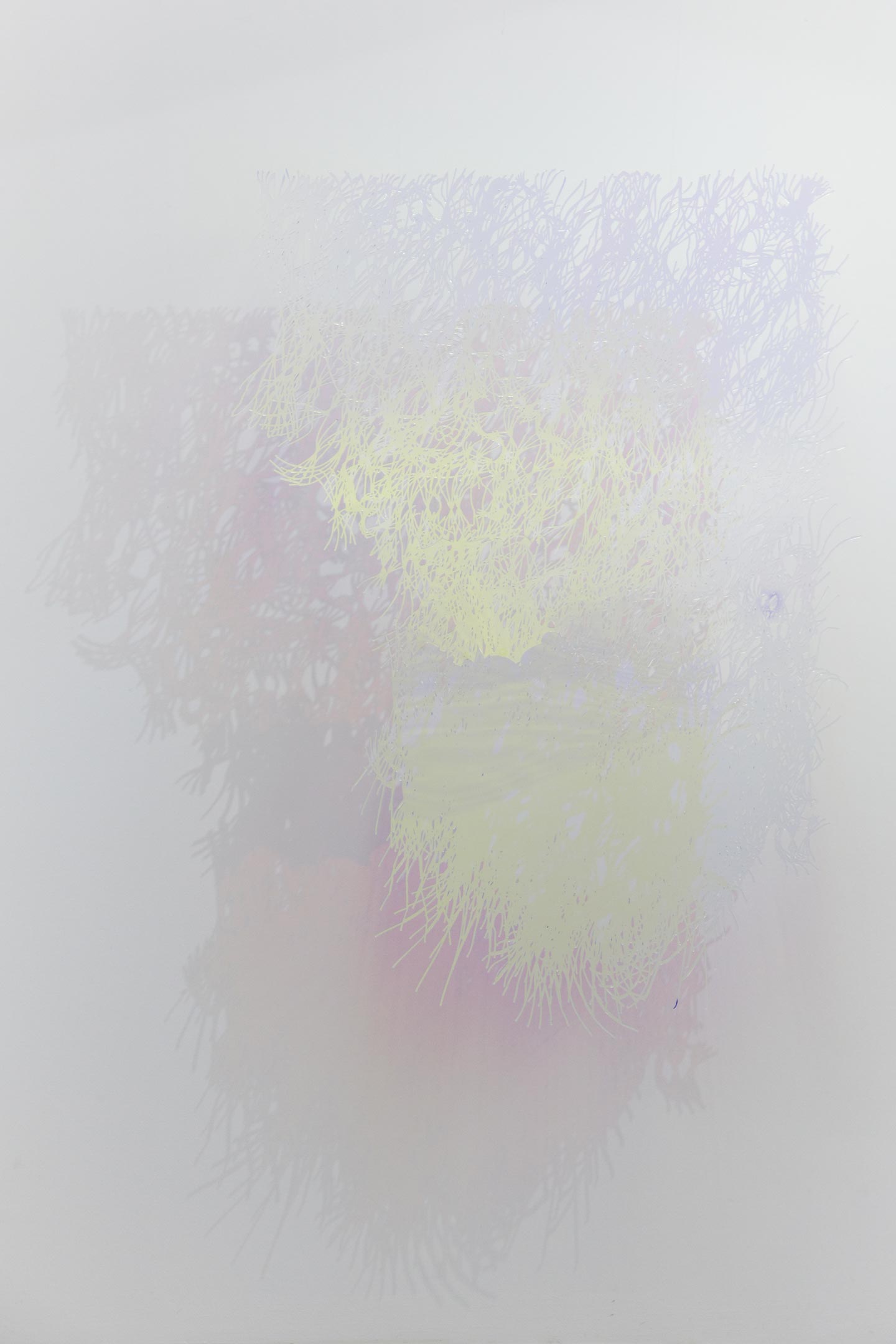 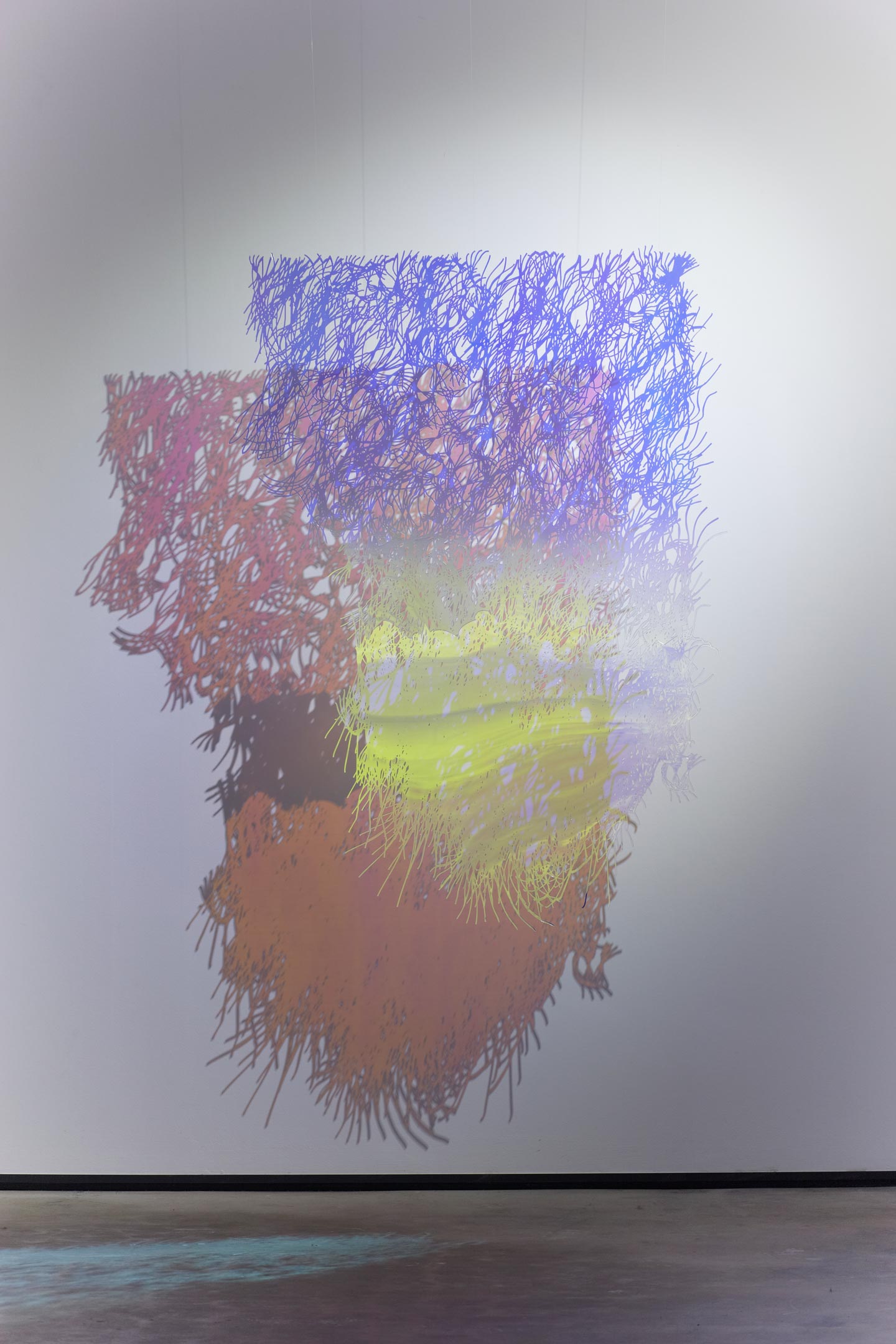 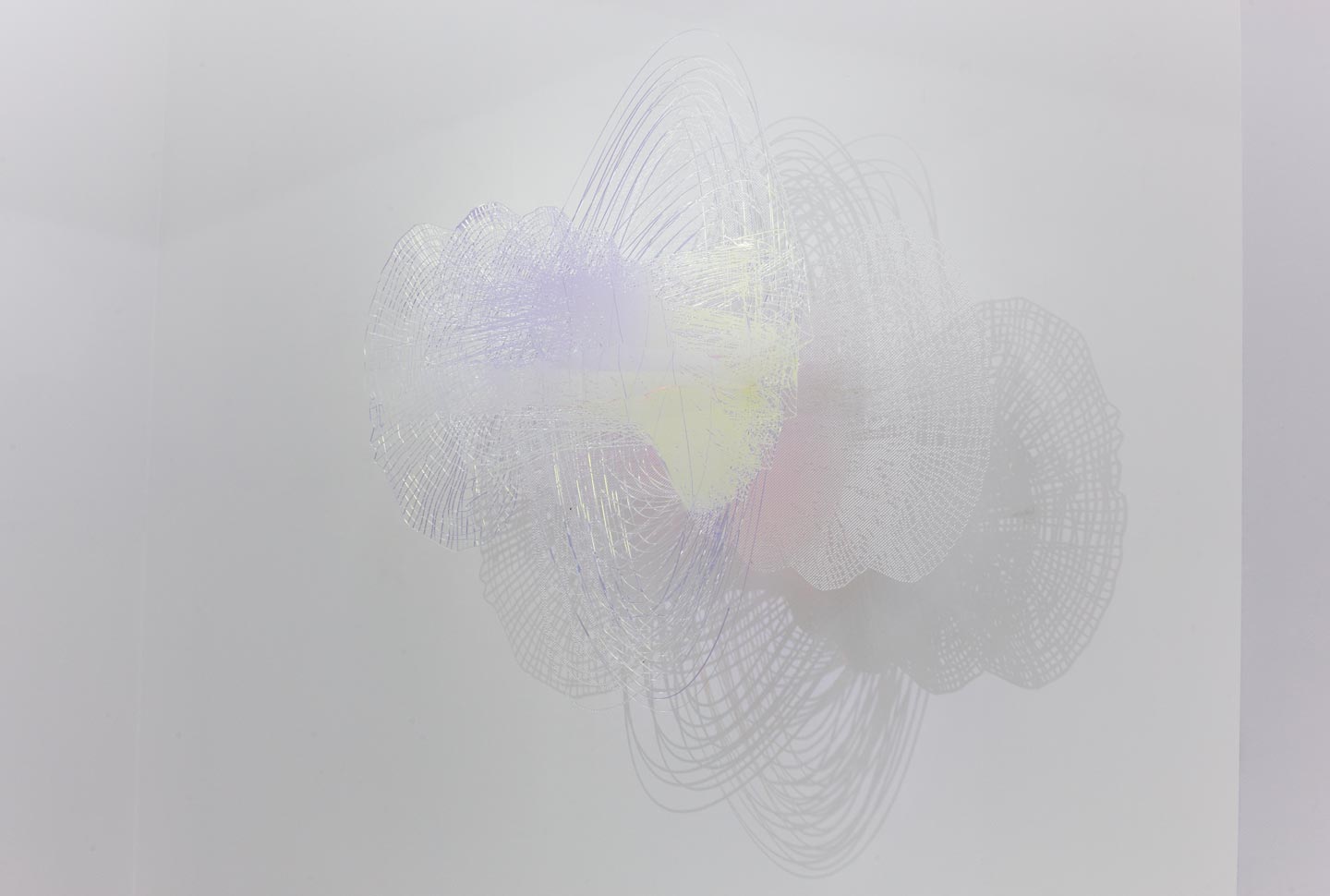 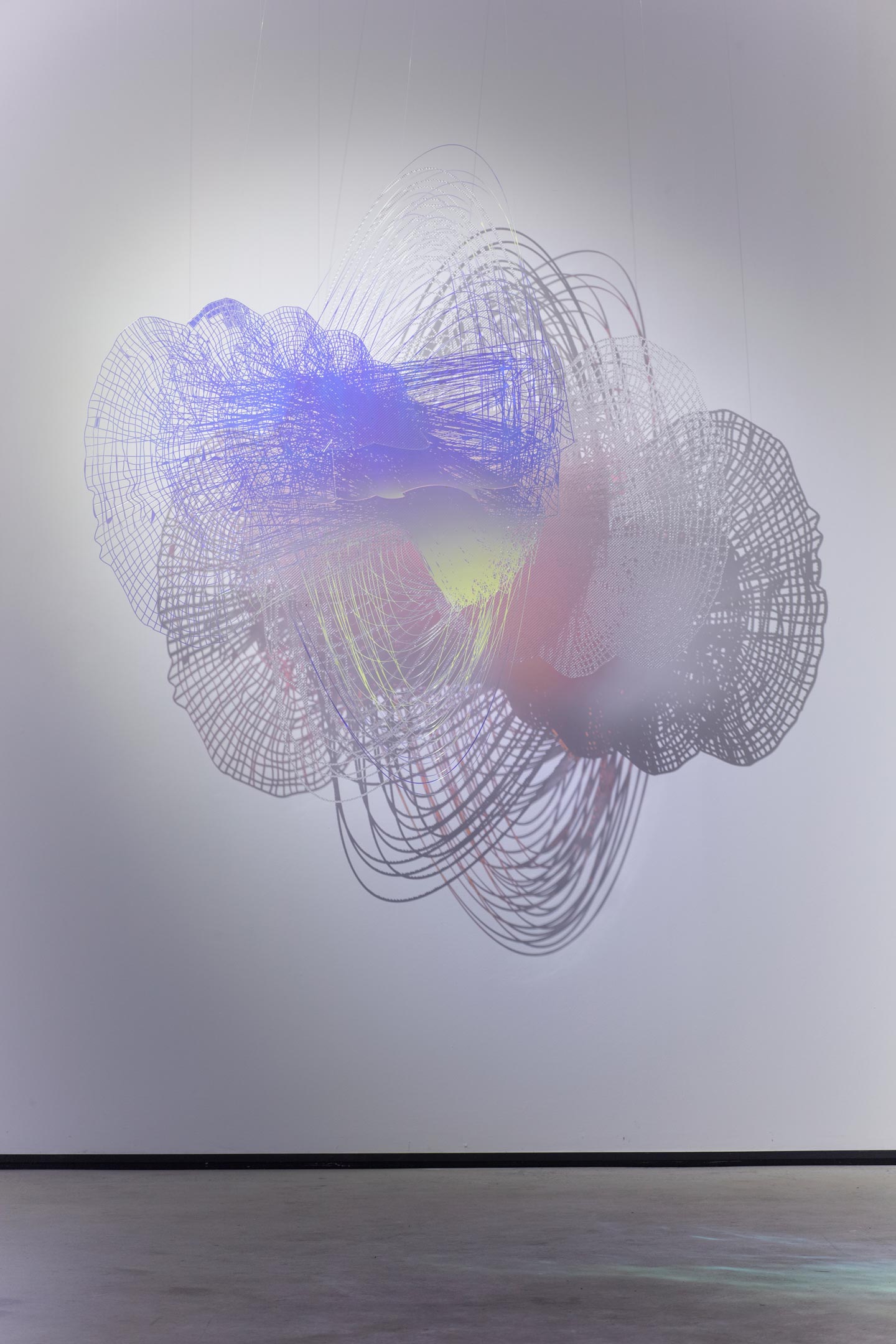 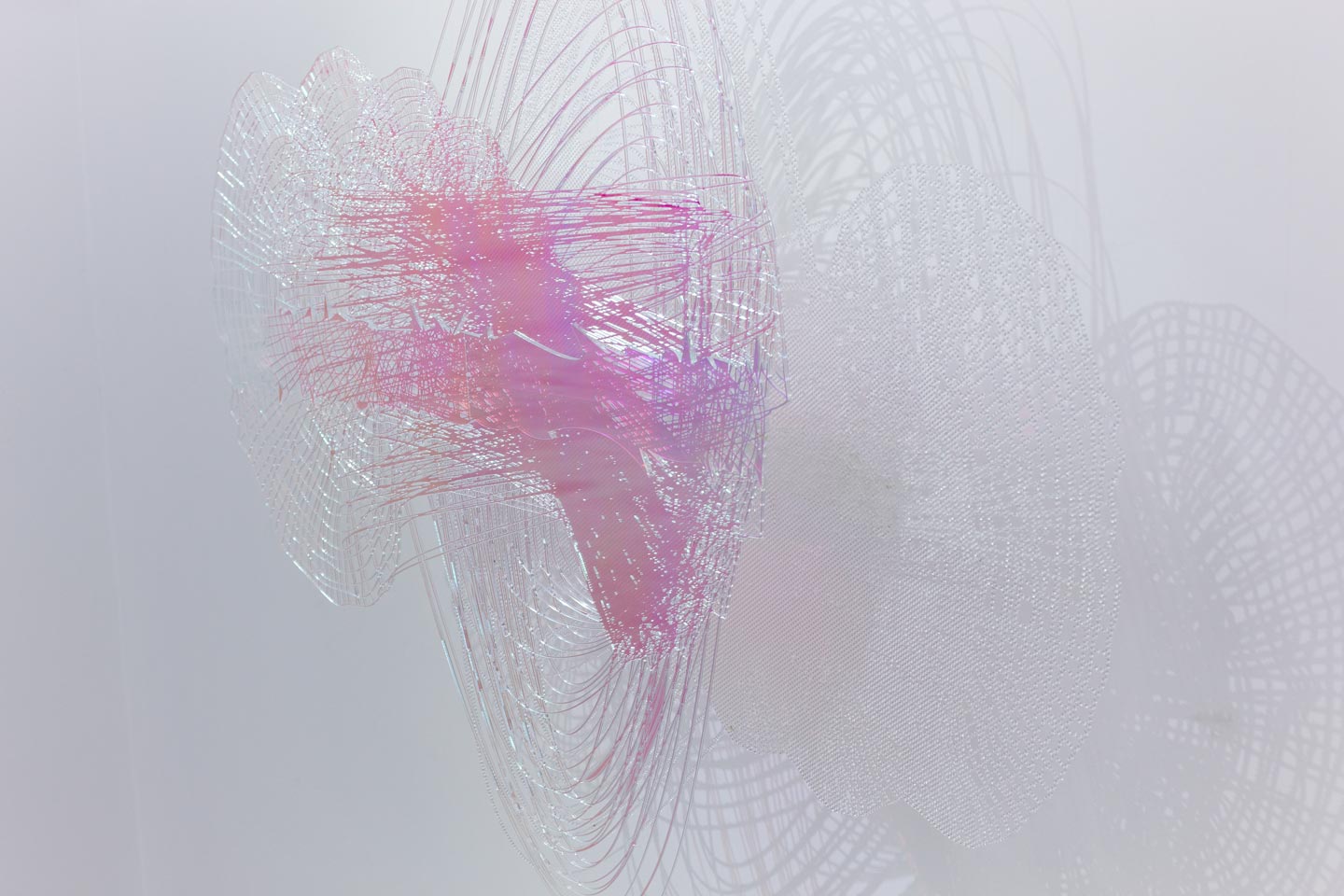 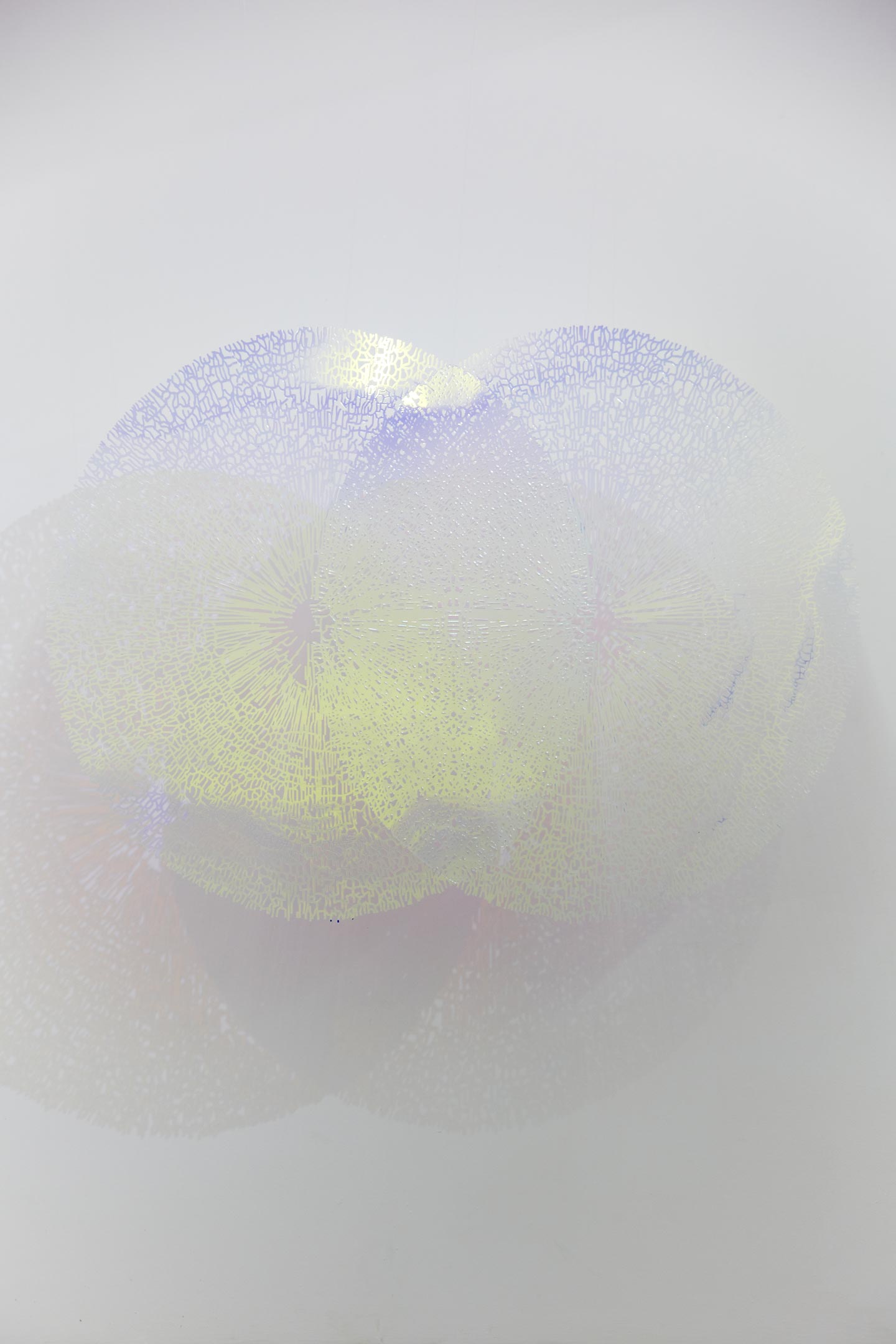 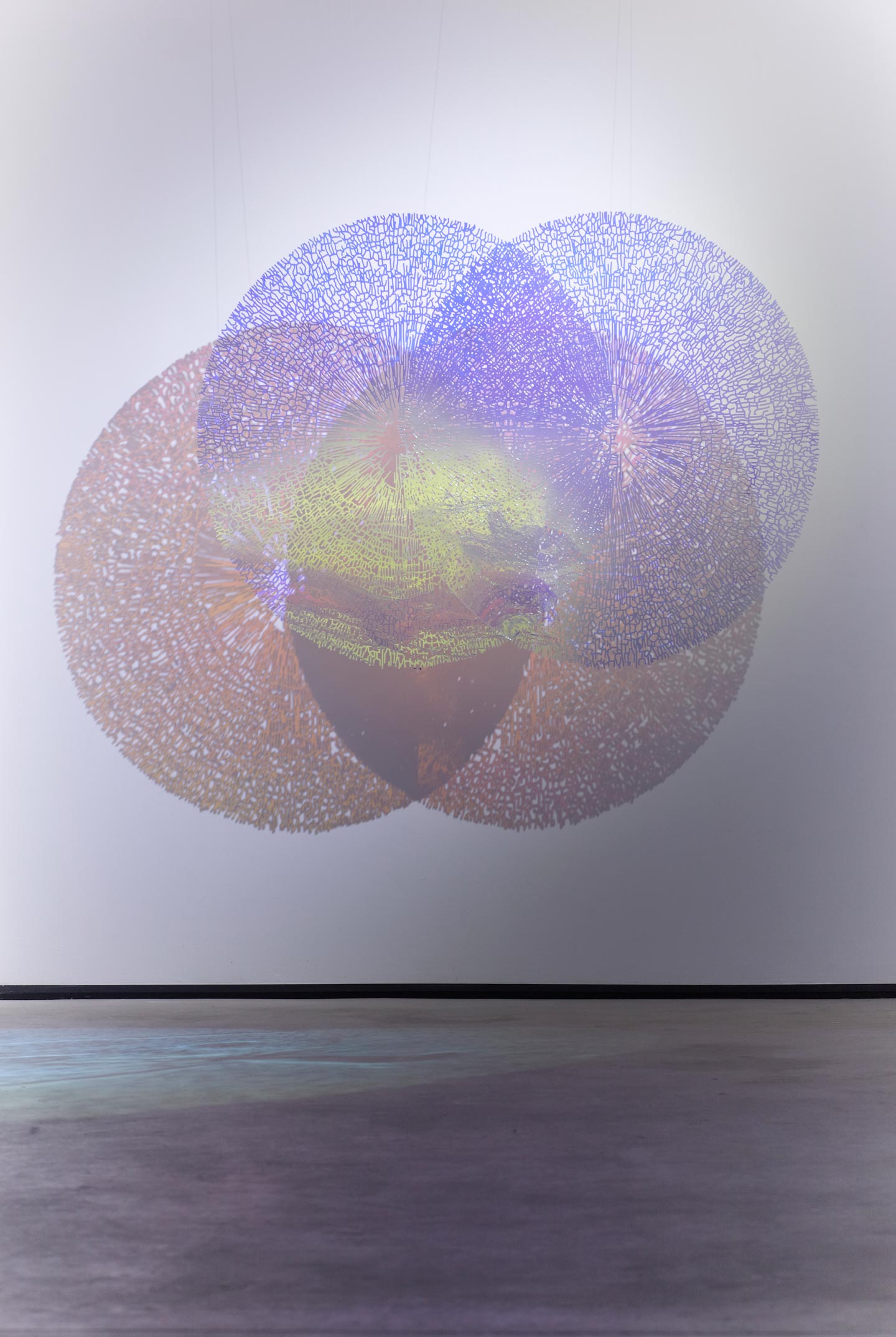 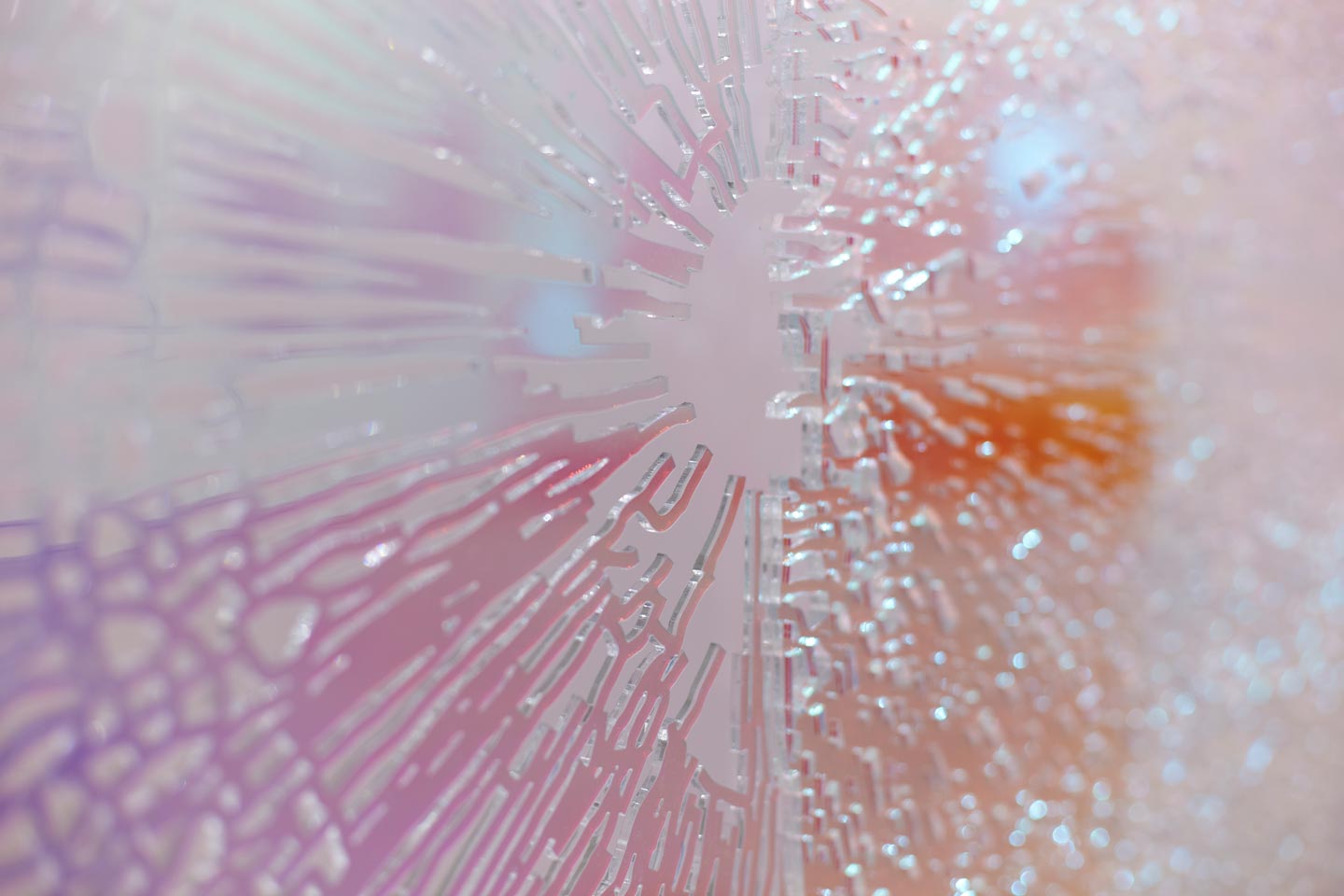 Knots In My Cornea 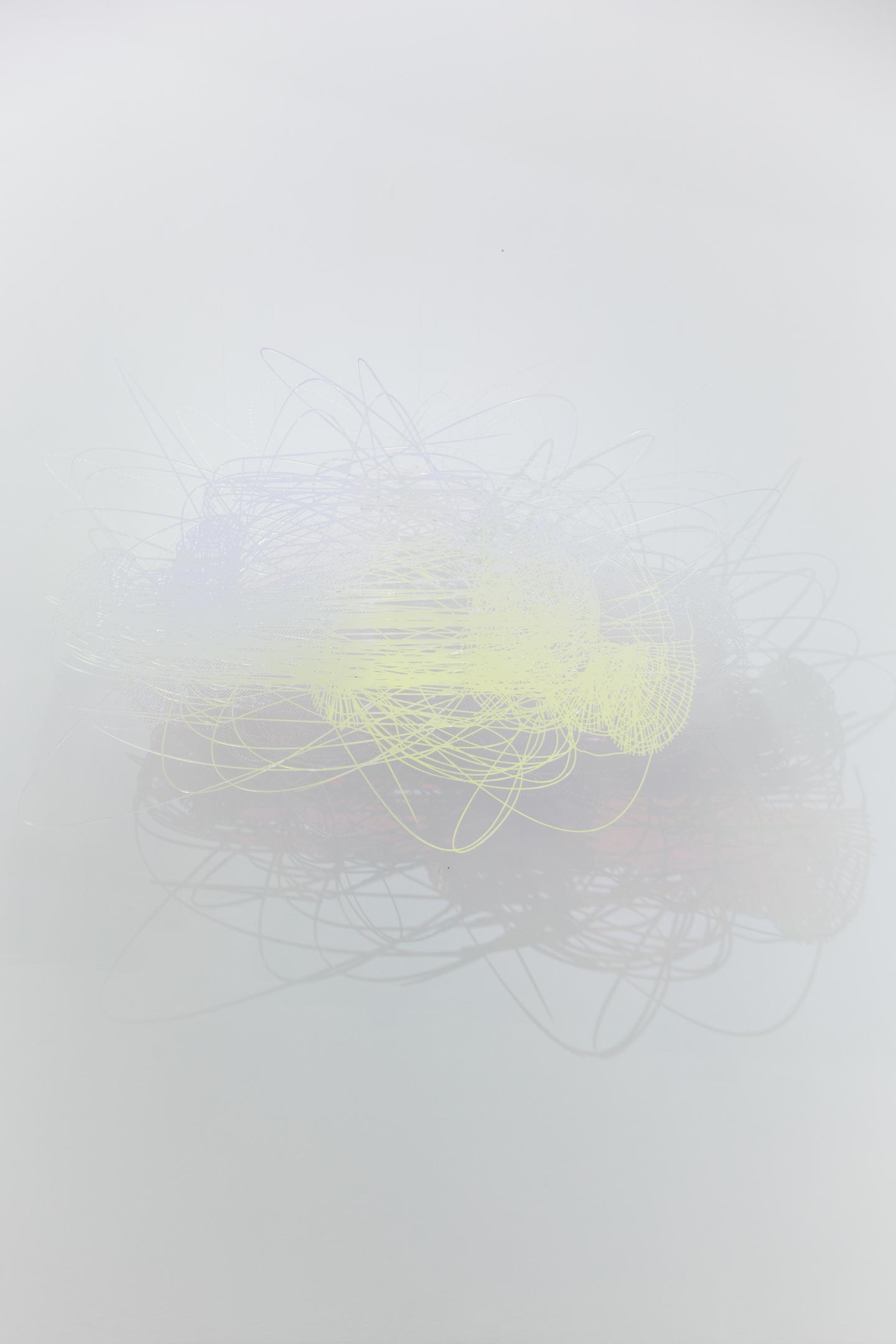 Knots in my Cornea 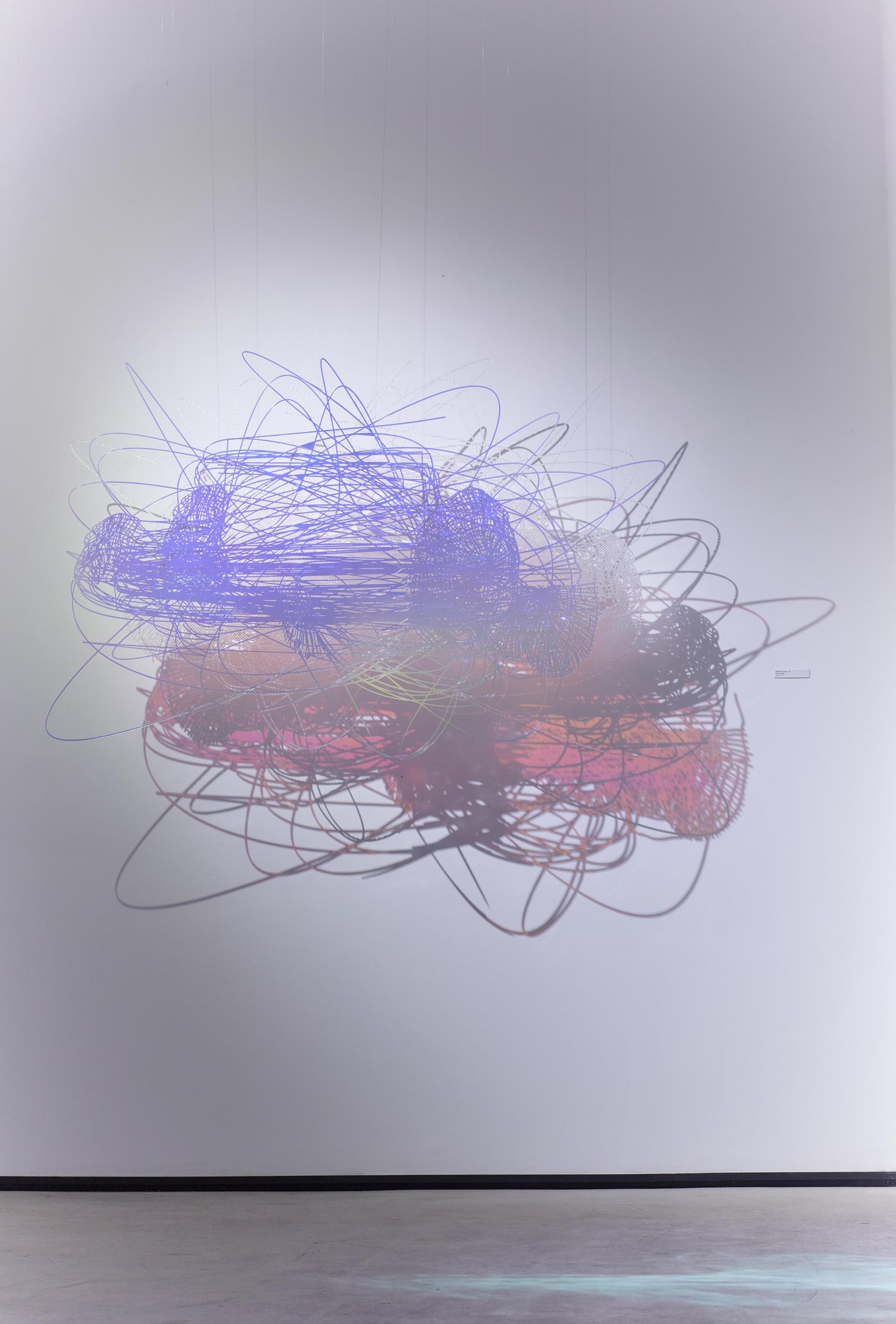 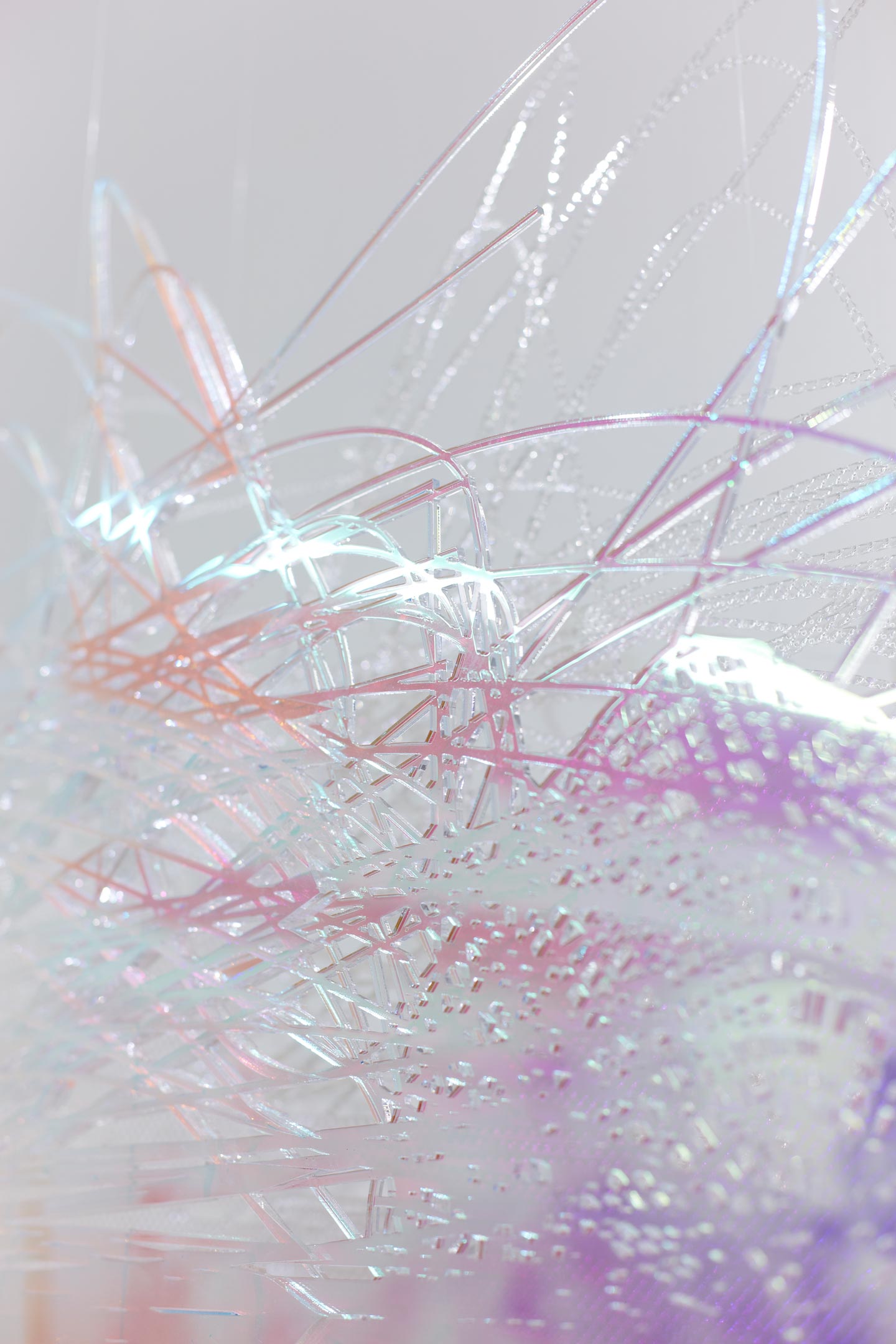 Knots In my Cornea 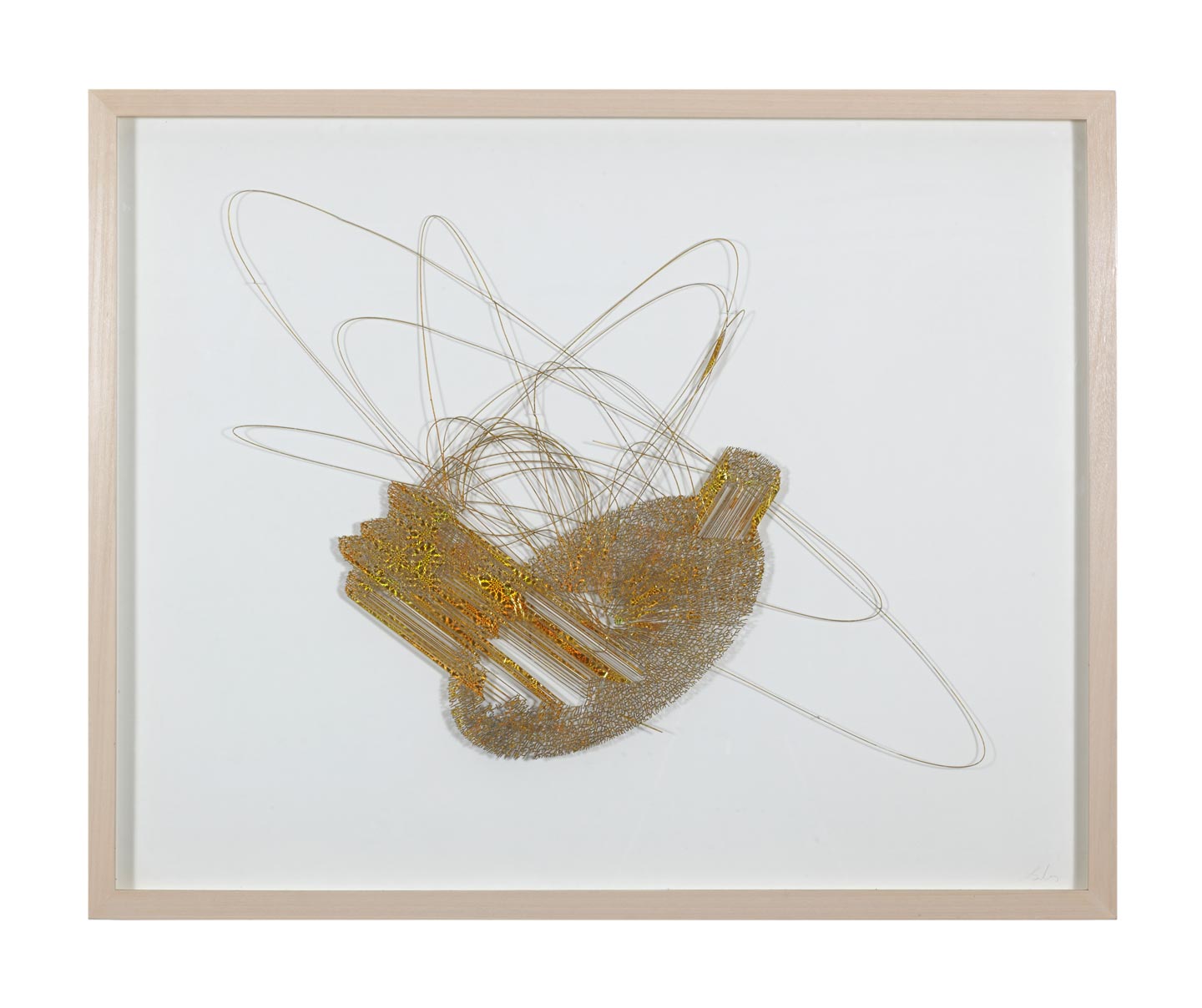 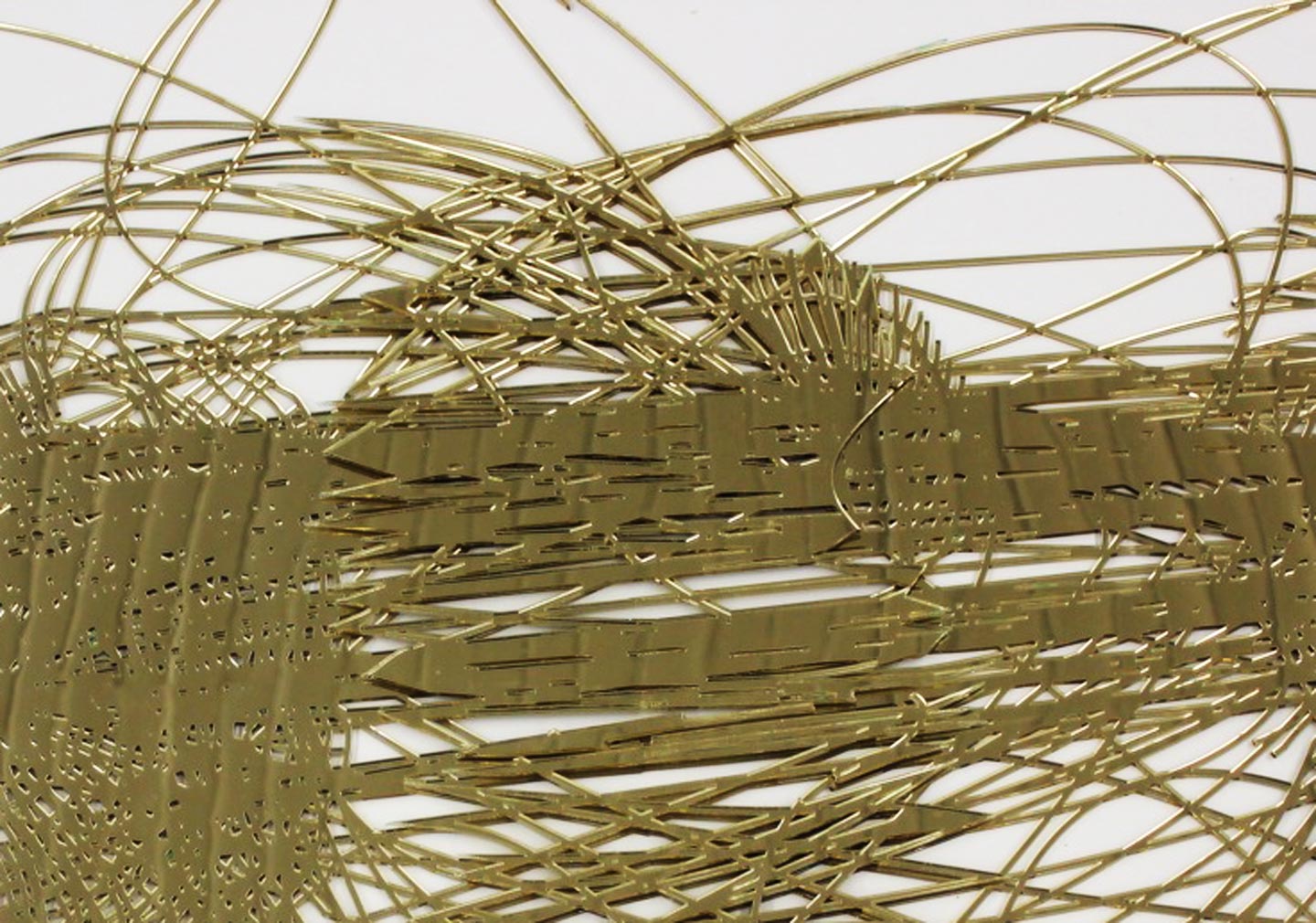 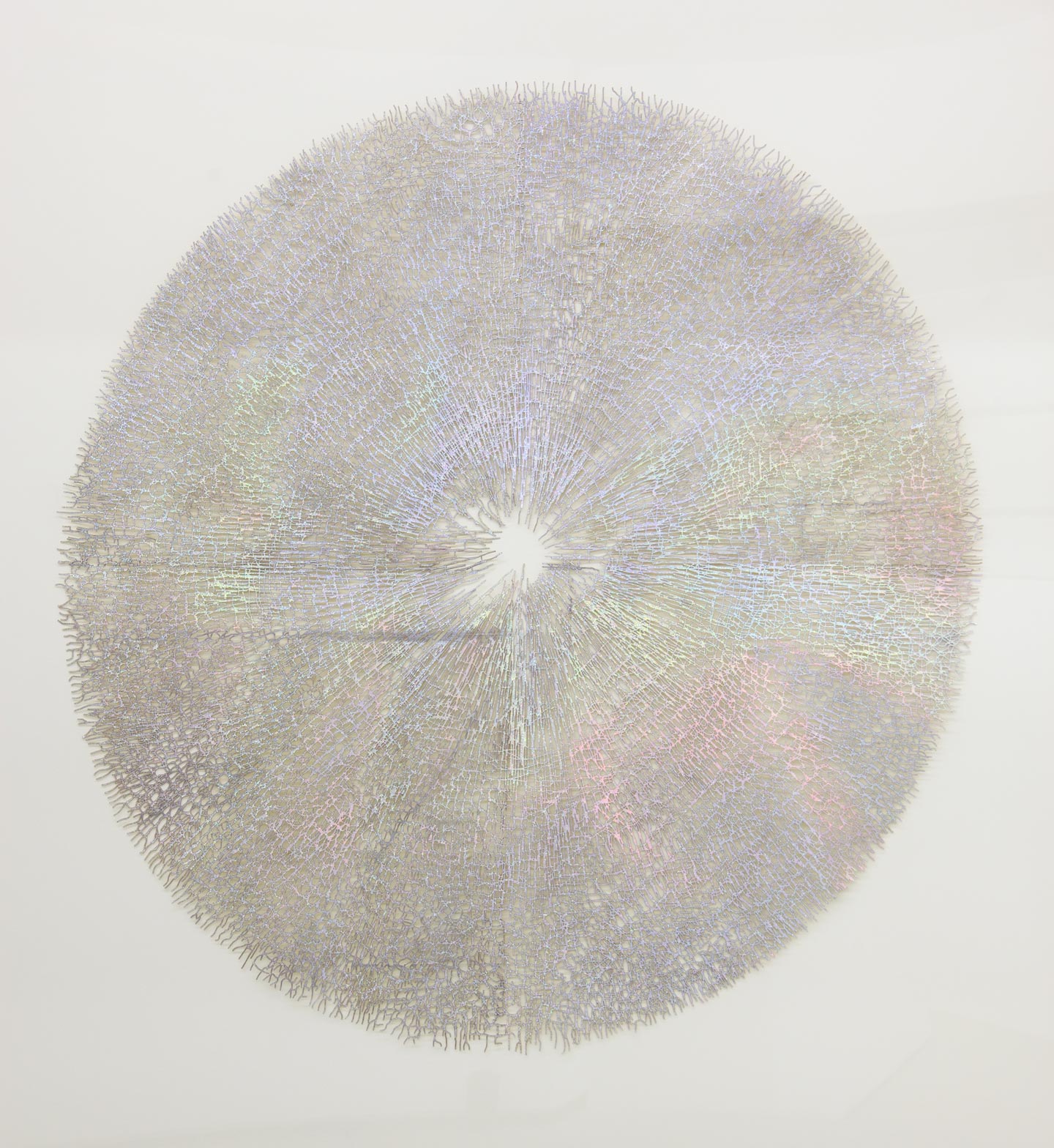 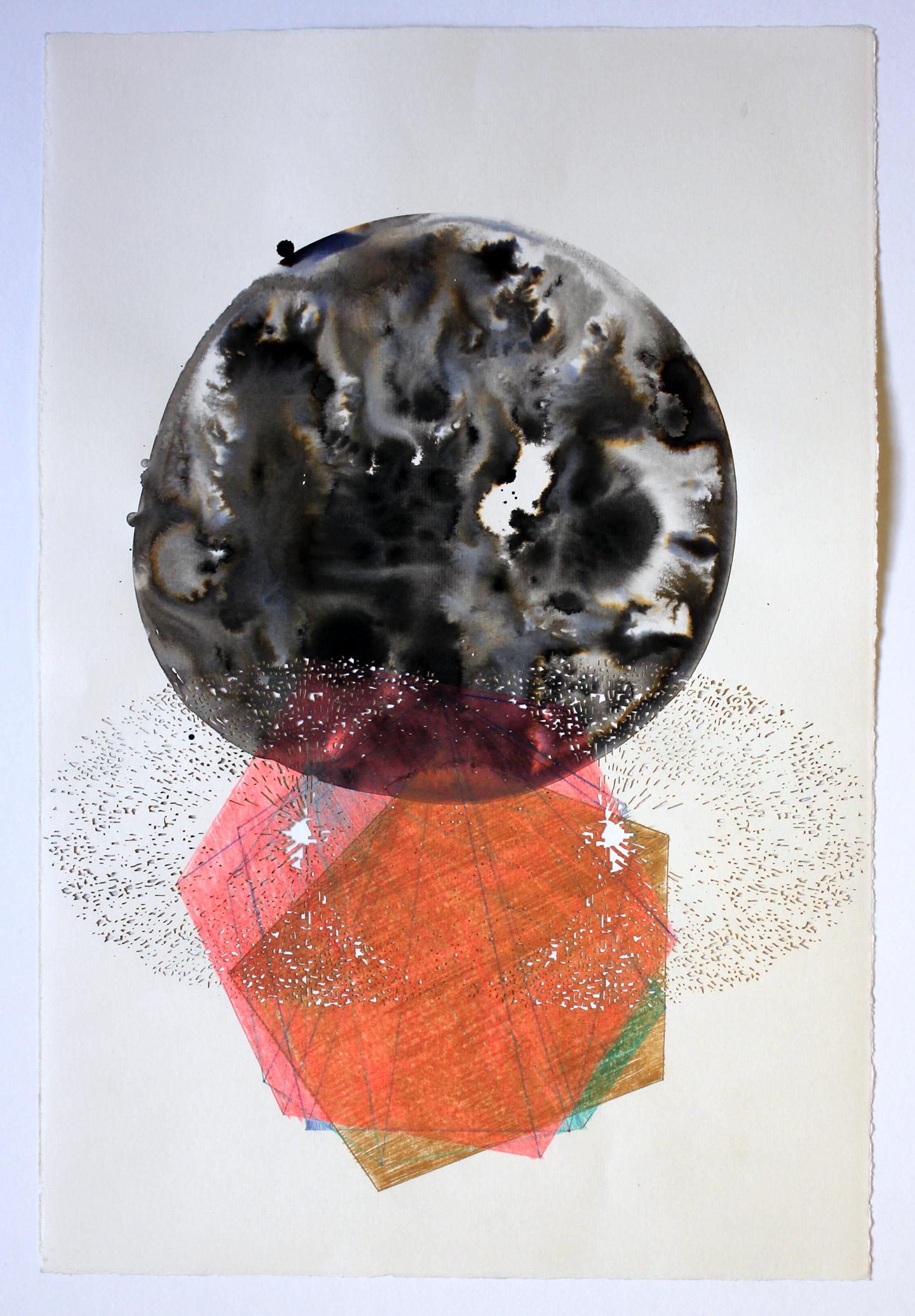 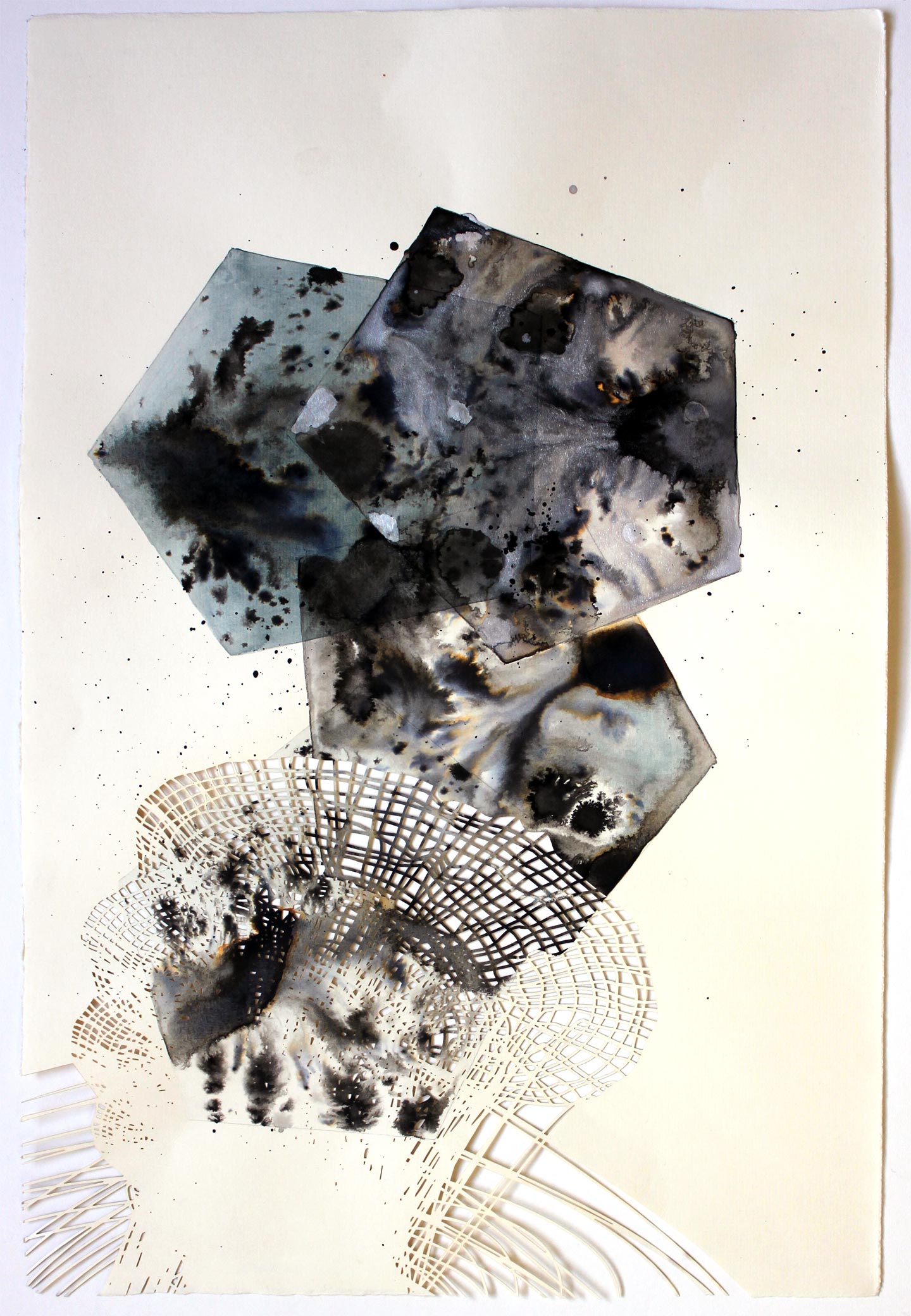 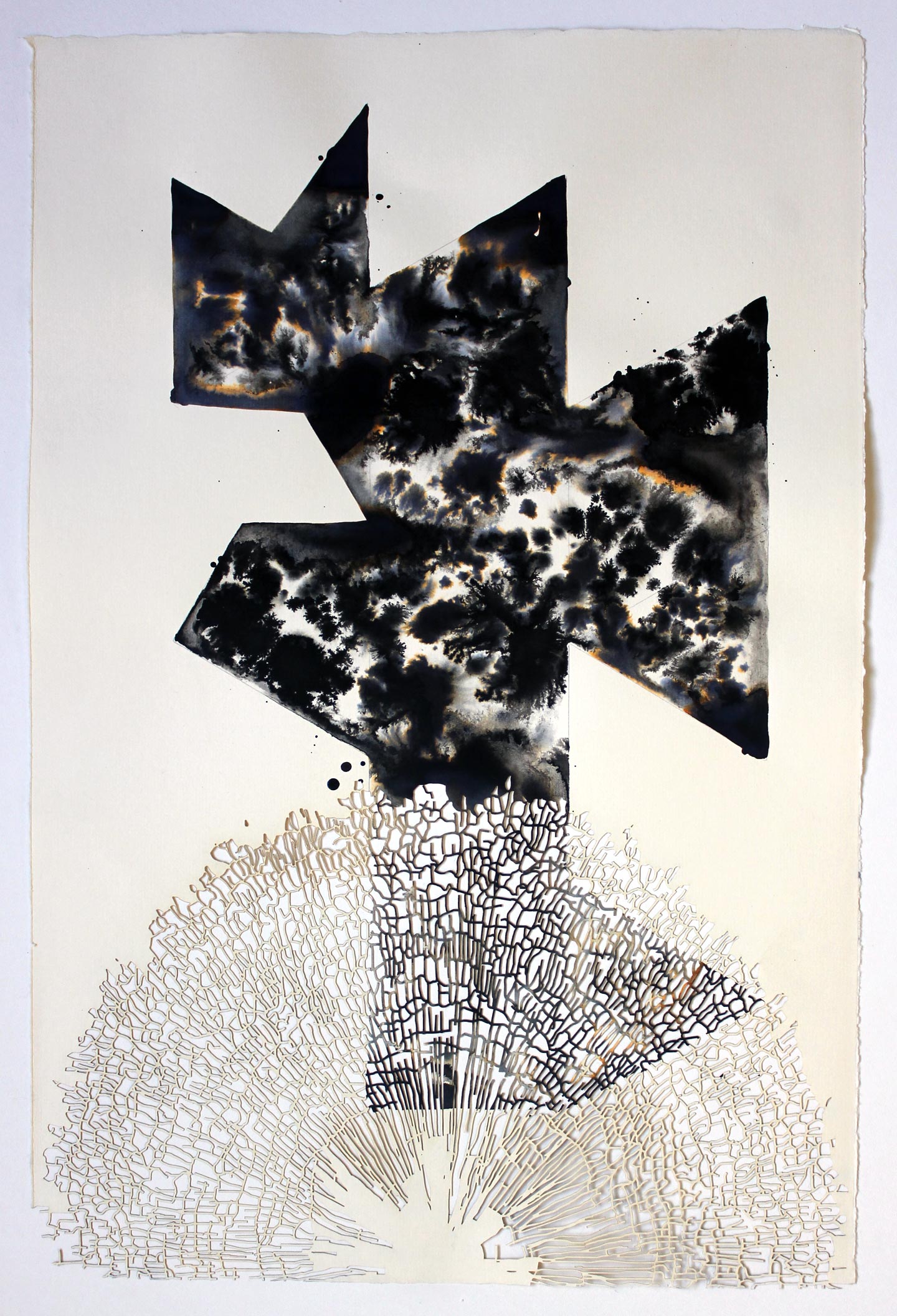 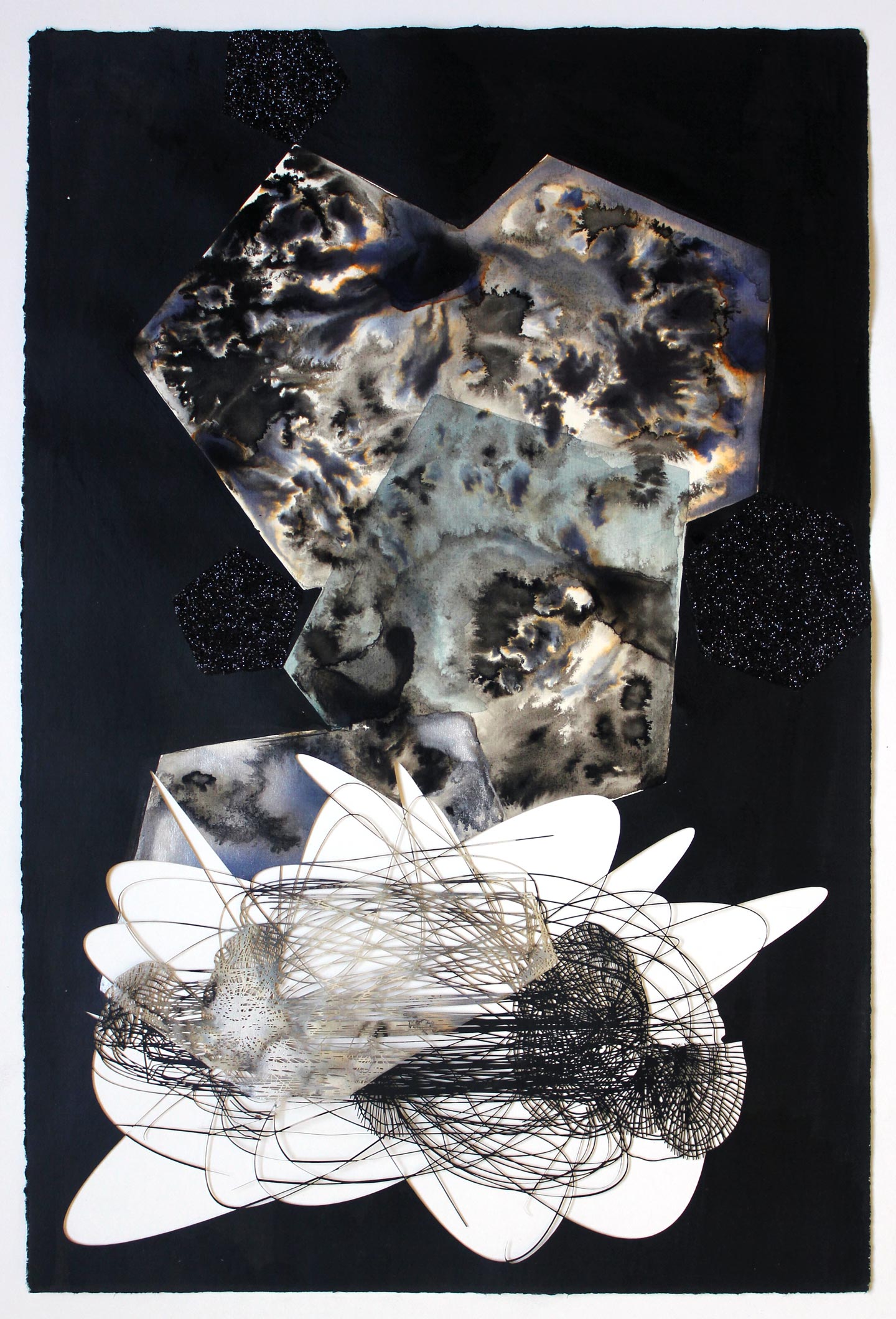 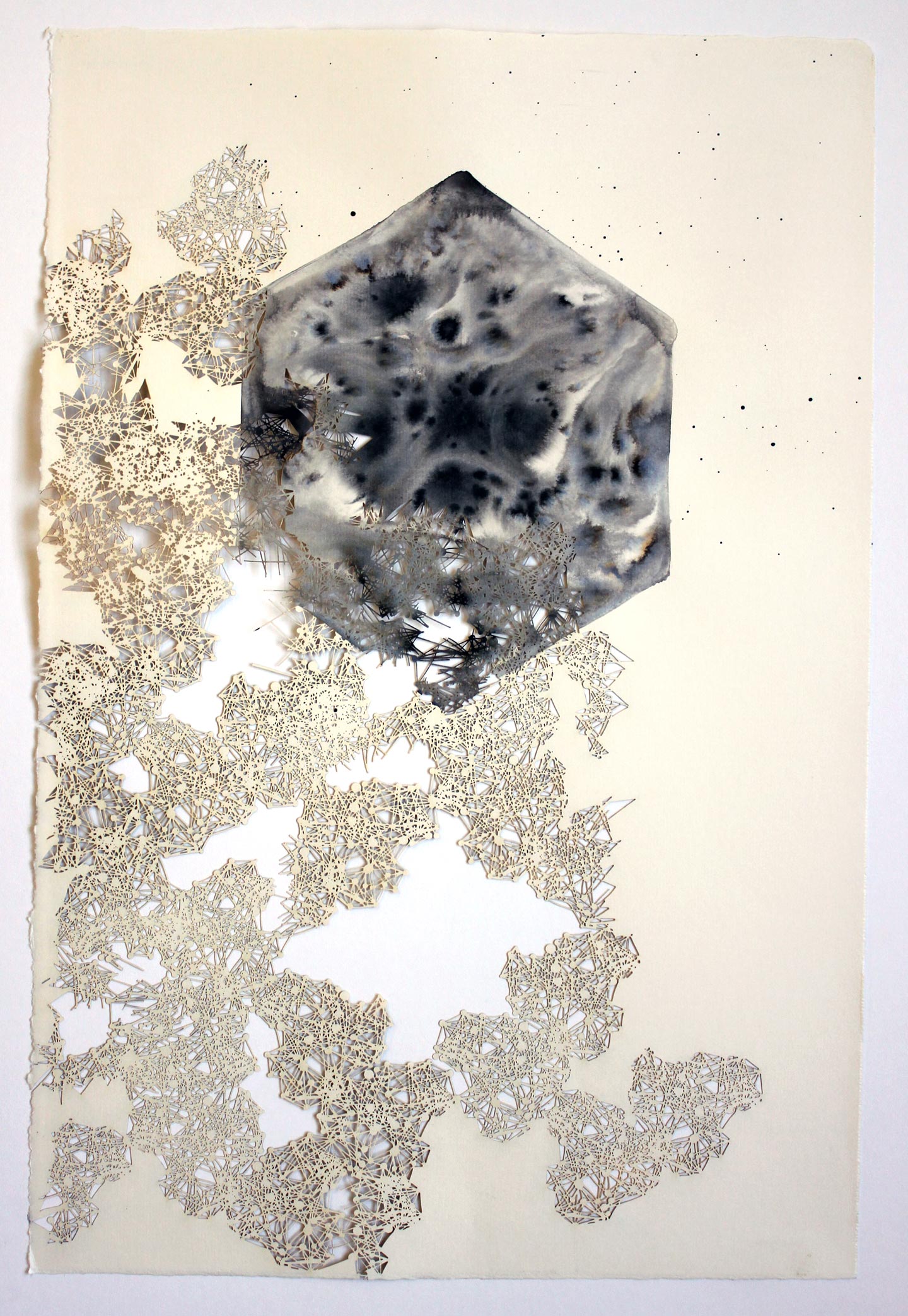 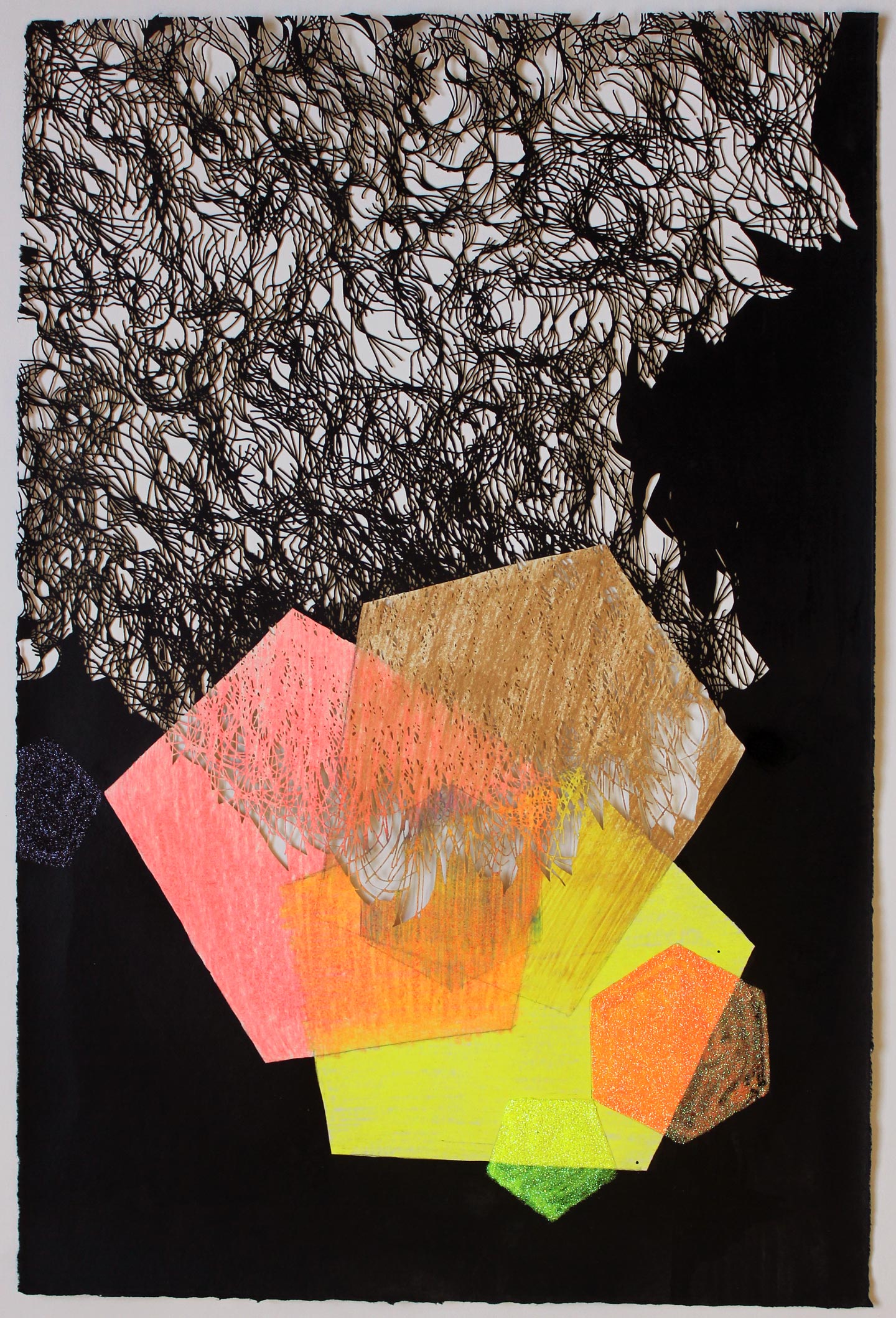 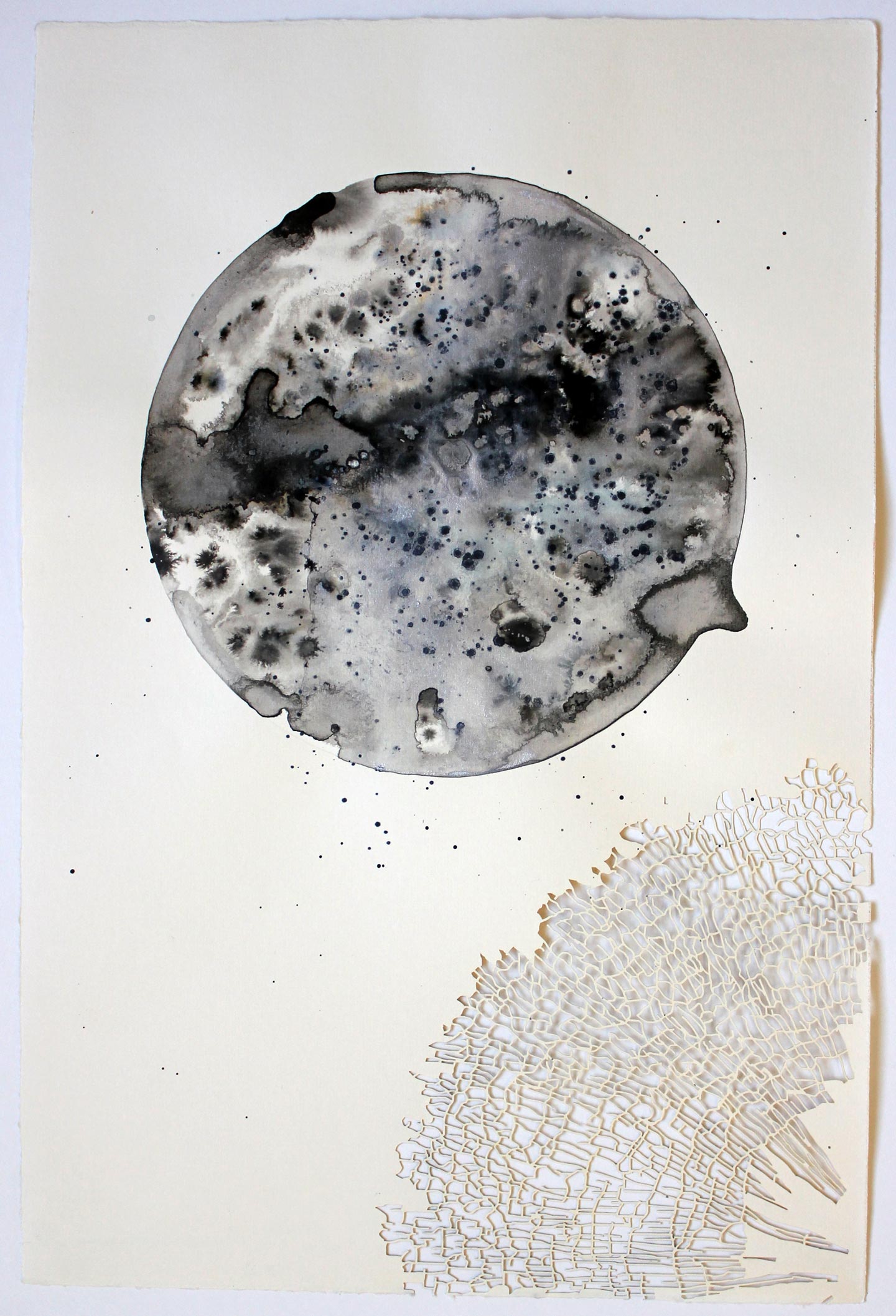 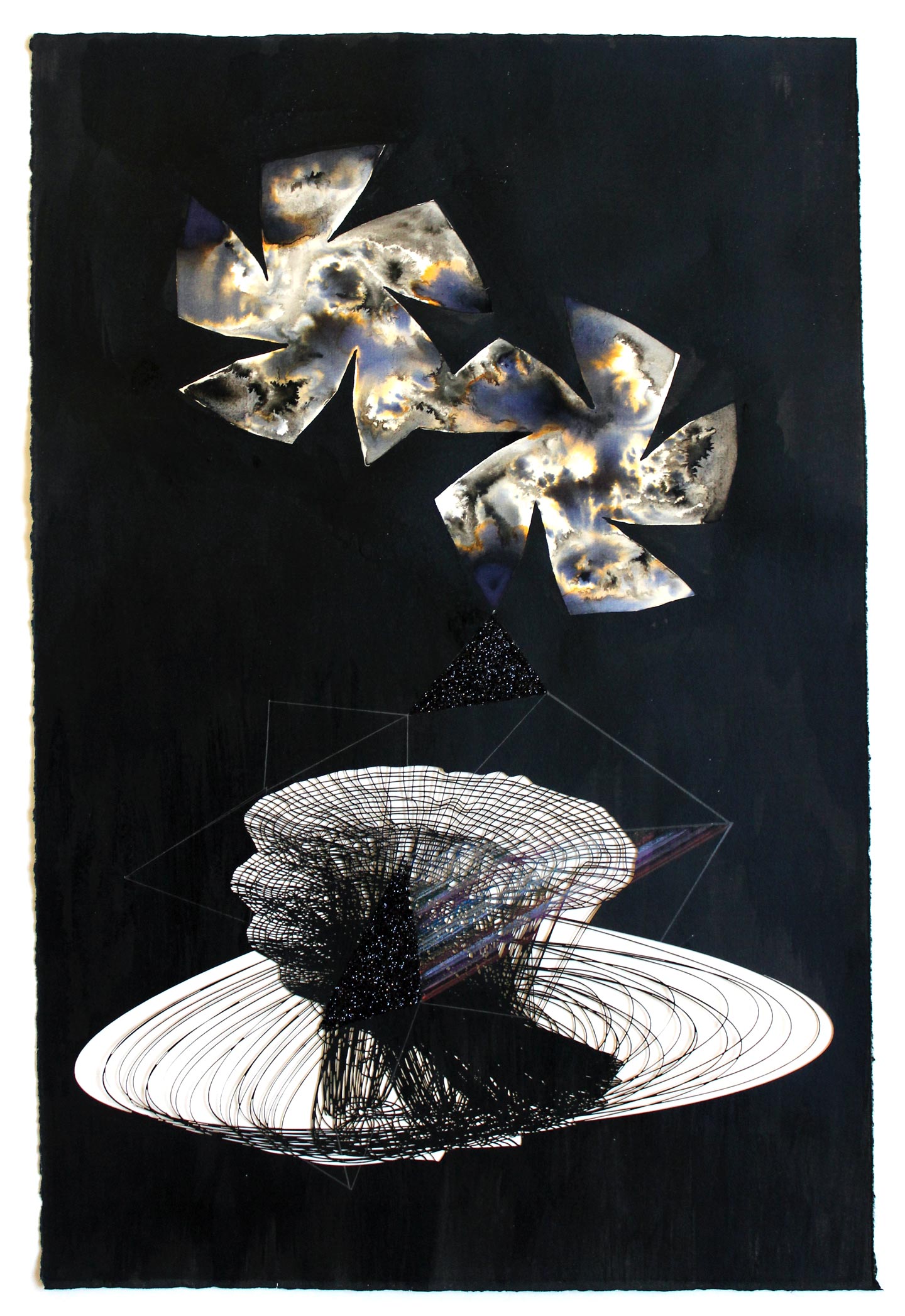 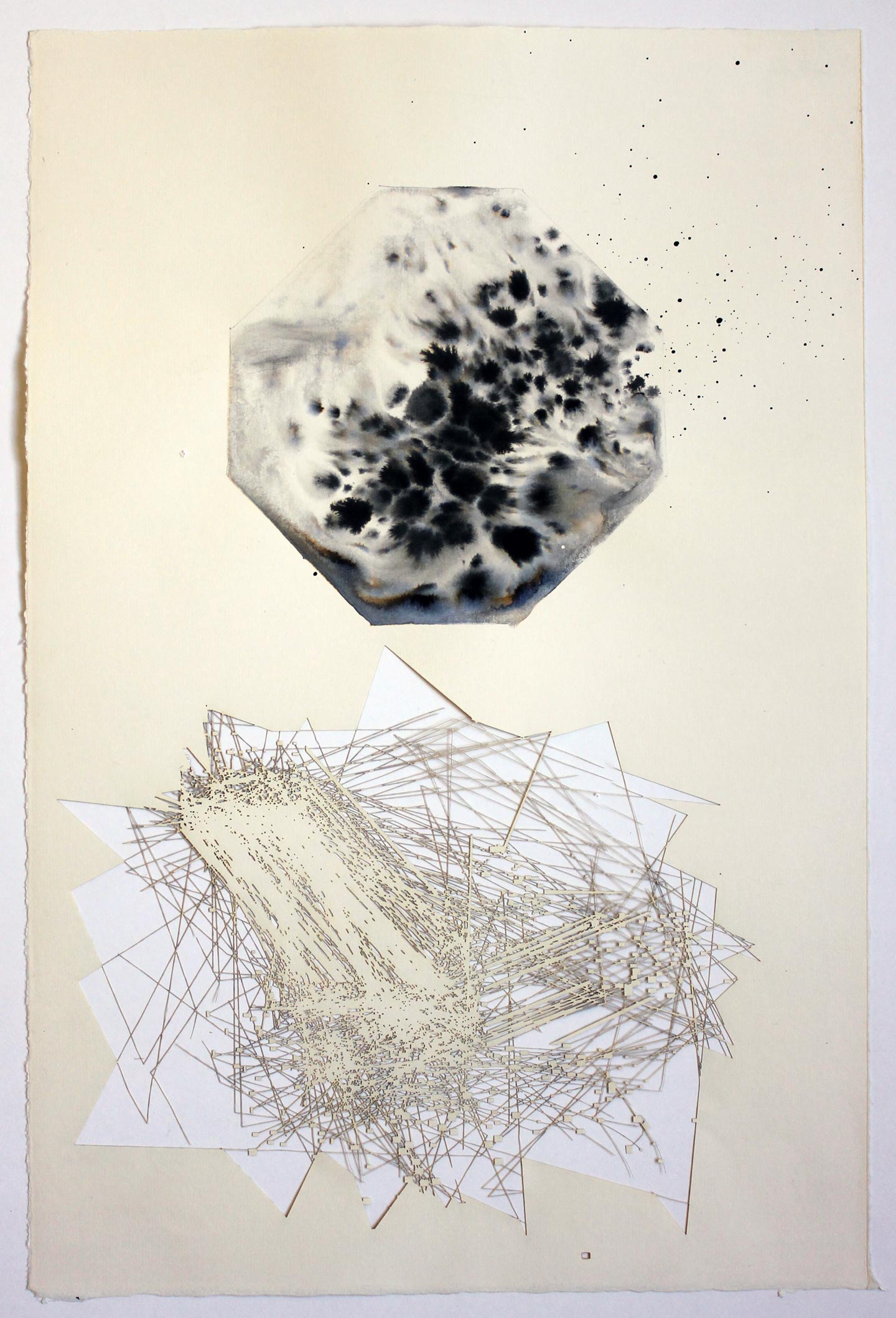 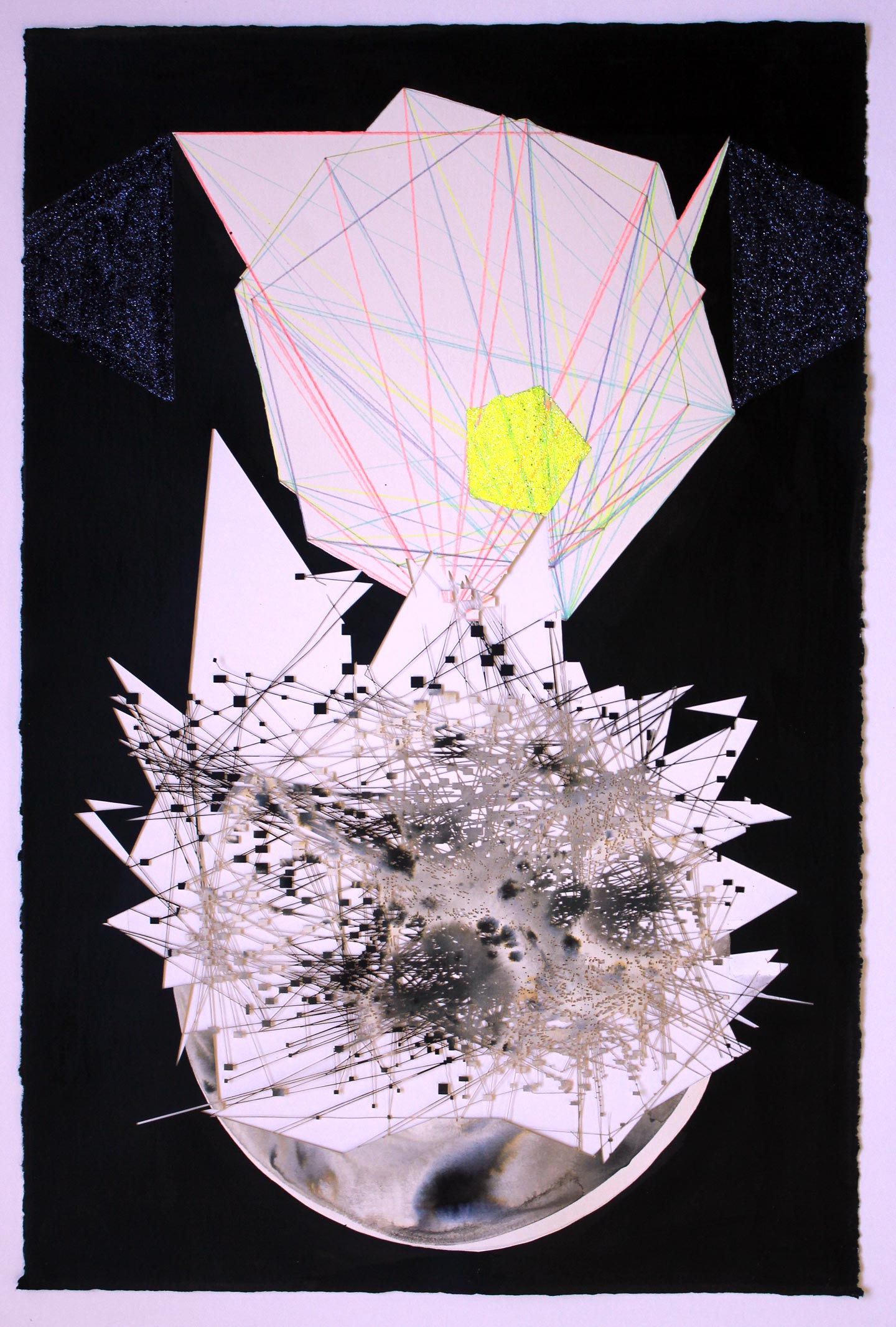 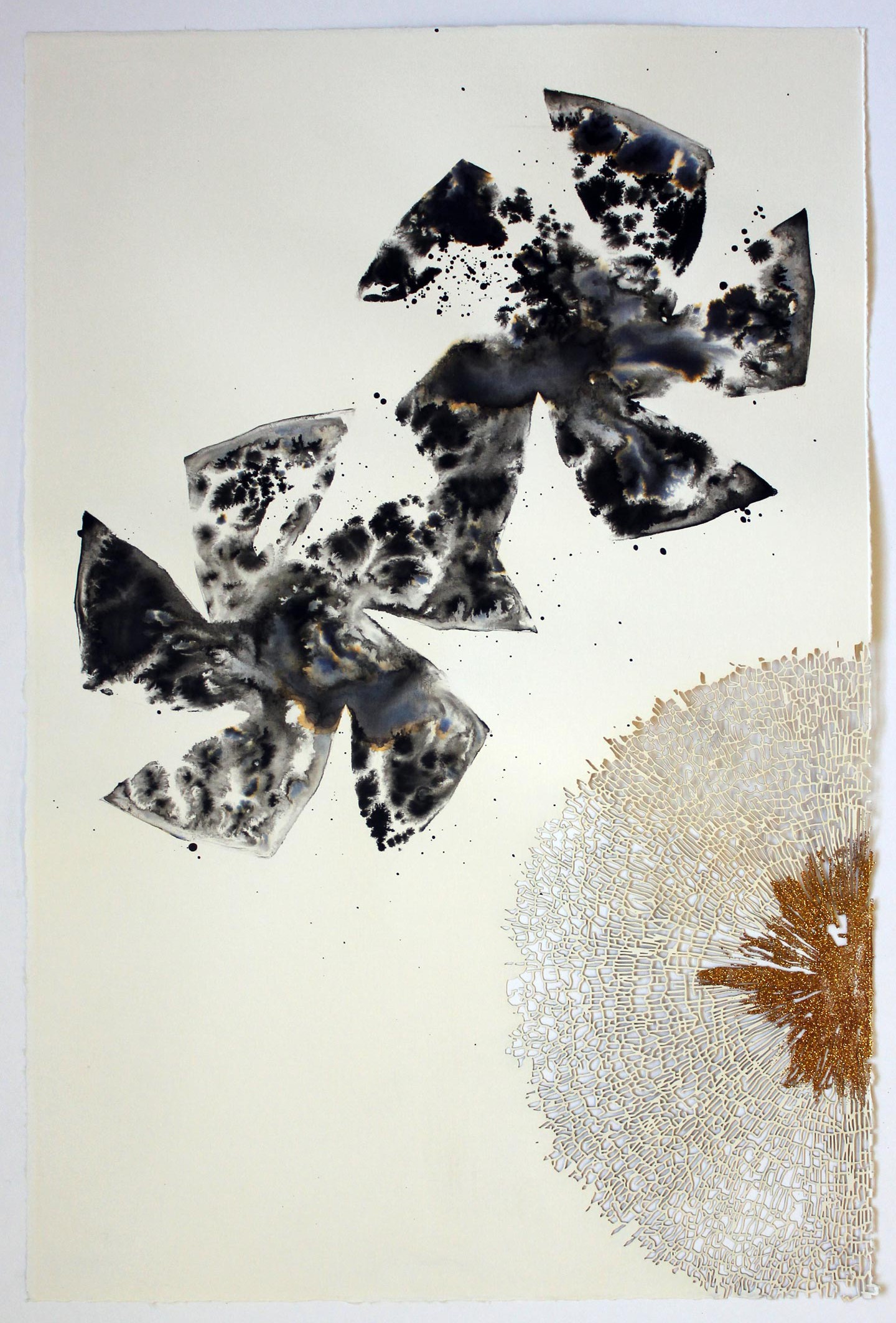 WHATIFTHEWORLD / is pleased to present Deep Sky Survey, a solo exhibition by Lyndi Sales. This body of work investigates the existential questions presented to us by science and its metaphors, man being a ‘symptom’ of the universe at large.

Although these concepts are contextual and to a degree embedded in their disciplines, what has struck the artist as interesting about the way science and philosophy continue to speak to one another, is that where science is most self-reflexive, it asks questions specifically about perception that pertain as much to aesthetic, metaphysical and psychological debates.

Over time Sales has come to find many of the concepts of astrophysics in particular – dark matter, black holes, multiple universes – brimming with rich ontological and phenomenological questions about the precarious nature of perception. As a highly abstract and metaphorical system of thought and idea, scientific concepts furthermore present the artist with the possibilities of imaginative work – of synthesis, guessing, extrapolation.

These pieces however have no pretensions towards being ‘scientific’ – they do not function to systematize, attempt to explain or seek to provide a formula for calculating certainties. Instead, the artist is interested in considering scientific explanations for phenomena in terms of their consequences for the persistent questions of what it means to be human.

She sees her work as speculative – returning to the questions that arise from the extension of our limited understanding and offering them over into poetry.

In her work Sales is as curious both in the beauty of perceptual aurora, and in the depravity of perceptual distortion; in terms of subjectivity – which is at once both personal and interpersonal – it is something perceptual in nature and to be sure, we can never find ourselves fully in view.

Keeping in mind that for a time, Cape Town was a place from which the ‘dark side of the sky’ was being mapped by Sir John Herschel for the Western imaginary, the acute social and psychological distances that thrived at the time in the colonial moment of encounter, certainly continue to have a life of their own. Sales asks, what tools then do we, ourselves use to extend our imagination into the world beyond our immediate, lived experience? And what are we missing in the midst of even the most dedicated attempt to order the unknown?

The inauguration of the artist’s interest in scientific metaphors took place during a body of work she created in 2007 that investigated the Helderberg disaster.

The artist conveys that she felt that there were some unusual resonances to be drawn between the ideas of fate, chance and destiny that she had been exploring, and the concepts that she came across in the fields of aeronautics and oceanography. One example is the portentous concept of the ‘spiral dive’, which describes the conditions under which a pilot may fall into a downward spiral and lose the ability to steer out of it completely when, in adverse weather, the horizon has become invisible. With the Helderberg work, the artist says that she found herself asking whether through destruction or precariousness the order of world becomes, if only for a brief (and perhaps ill-fated) instant, discernable.

Sales has created this series of works for consideration by the viewer by interfering with imagery of a knot in her own cornea, an astigmatism that resulted in a double image in one of the artist’s eyes.

In Sale’s view, both ontologically as much as socially, it would seem that there is a need for a crisis in perception to take its effect and lead us, discontented, to reconsider the issue of ‘discernability’ with some care. This she believes, so that we may move on from our tentative certainties, into new ways of seeing.

Kristine Kronjé talks to Lyndi Sales about Deep Sky Survey in this interview at Litnet.

(b.1973) Lyndi Sales is an artist based in Cape Town, South Africa.
She has held solo shows internationally at _Galerie Maria Lund_ in Paris and _Toomey Tourell_ in San Francisco. And locally in South Africa at the Goodman Gallery, Bell-Roberts Contemporary, Joao Ferreria and Gallery Momo galleries. She has participated in group shows in South Africa, USA, Austria, London, Holland and Denmark. Her works can be found in major collections in South Africa as well as collections in the USA and Europe. She has taught as a visiting lecturer at Michaelis School of Fine Art, University of Cape Town and University of Stellenbosch. Sales received both her BFA (1995) and MFA (2000) from University of Cape Town, both with distinction. Sales was a merit award winner in the ABSA Atelier. She was a recipient of the Vermont Studio Center grant and participated in residencies at the Vermont studio center as well as the Frans Masereel Center in Belgium.