Cross the River in a Crowd 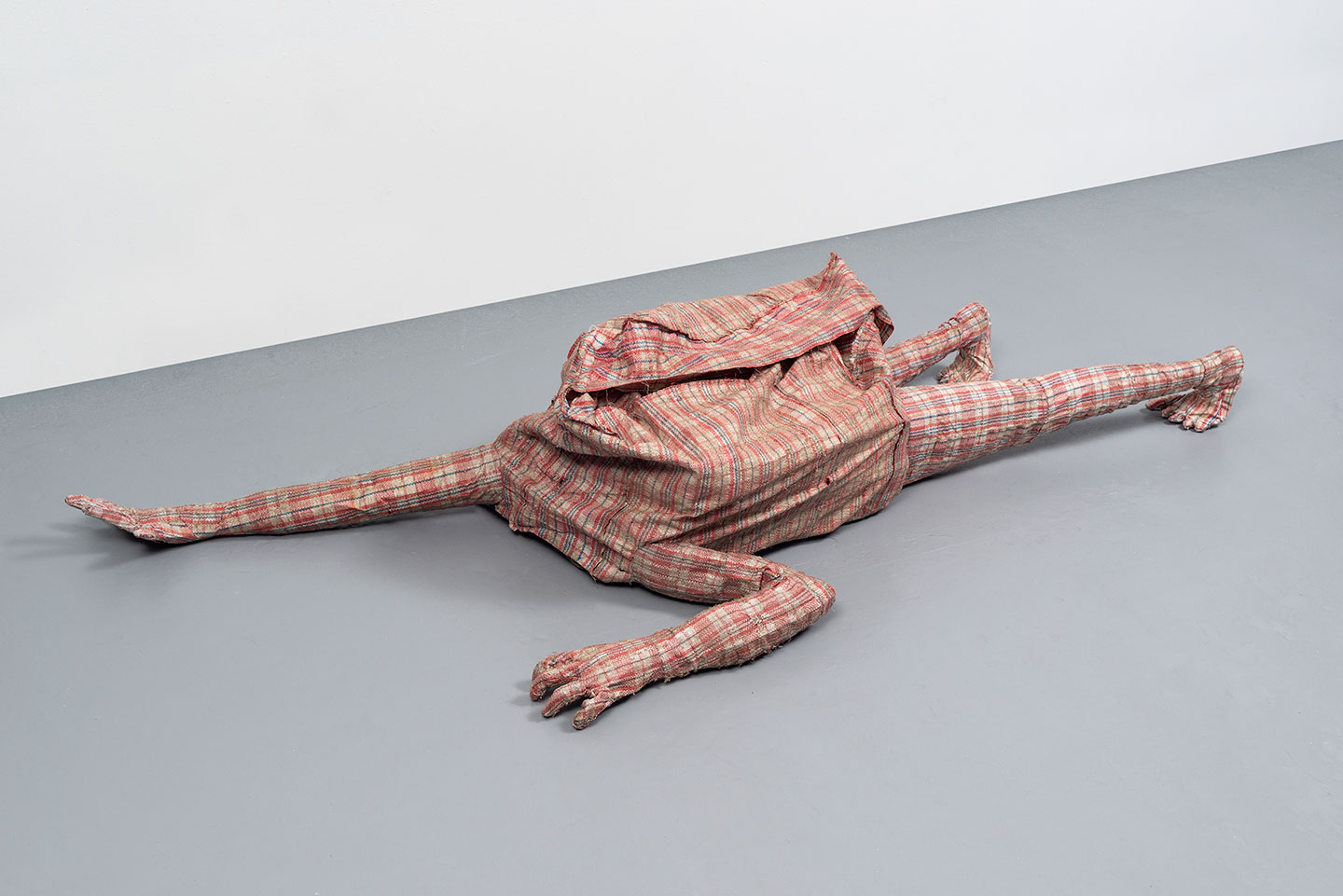 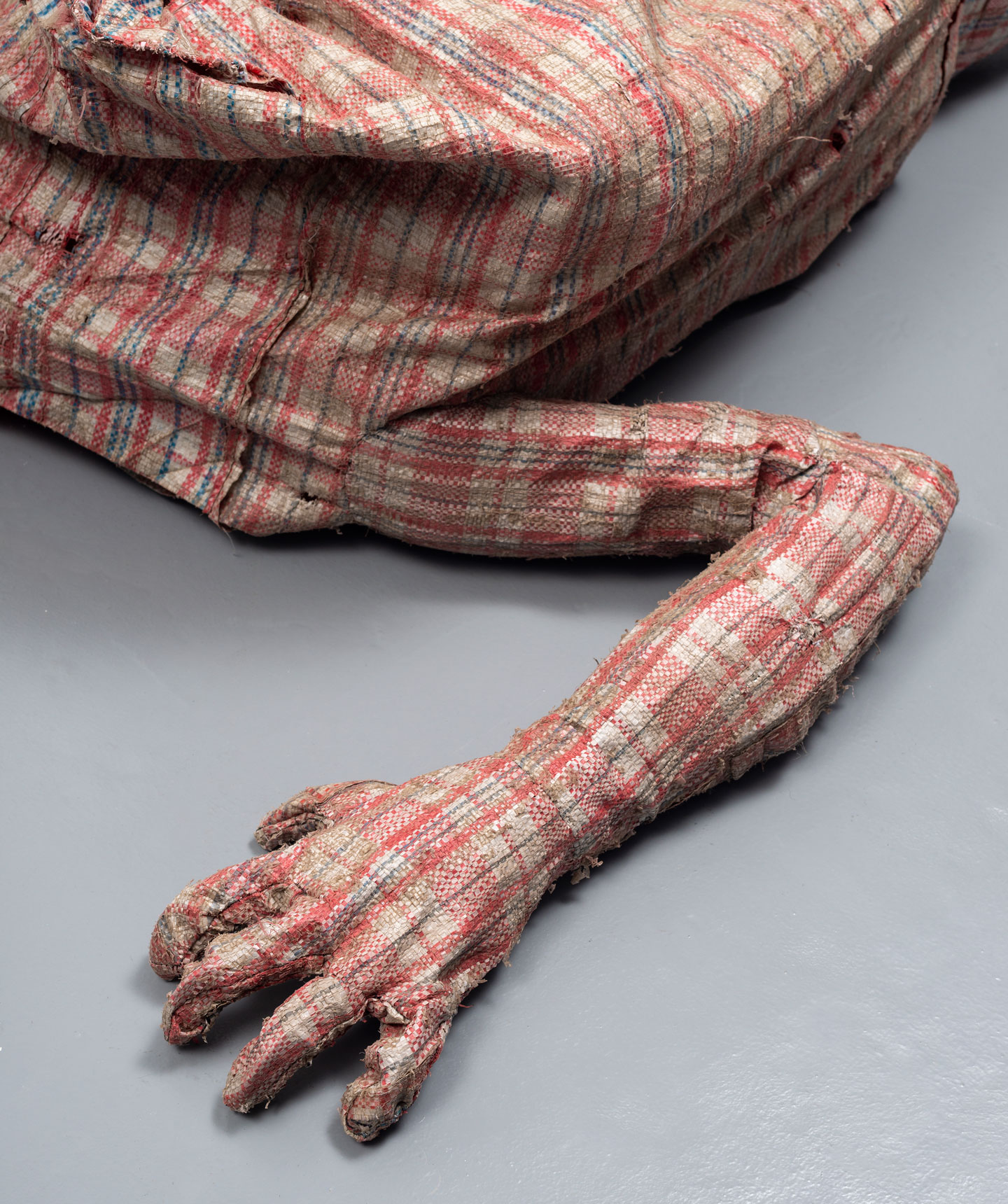 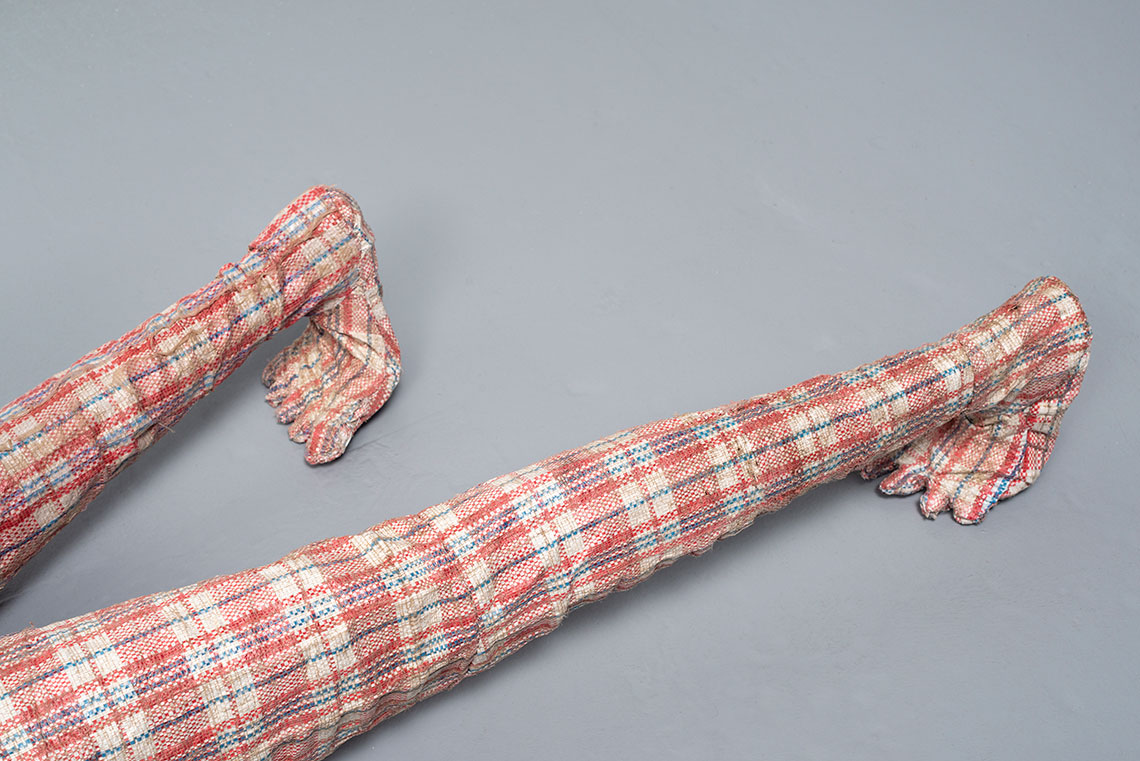 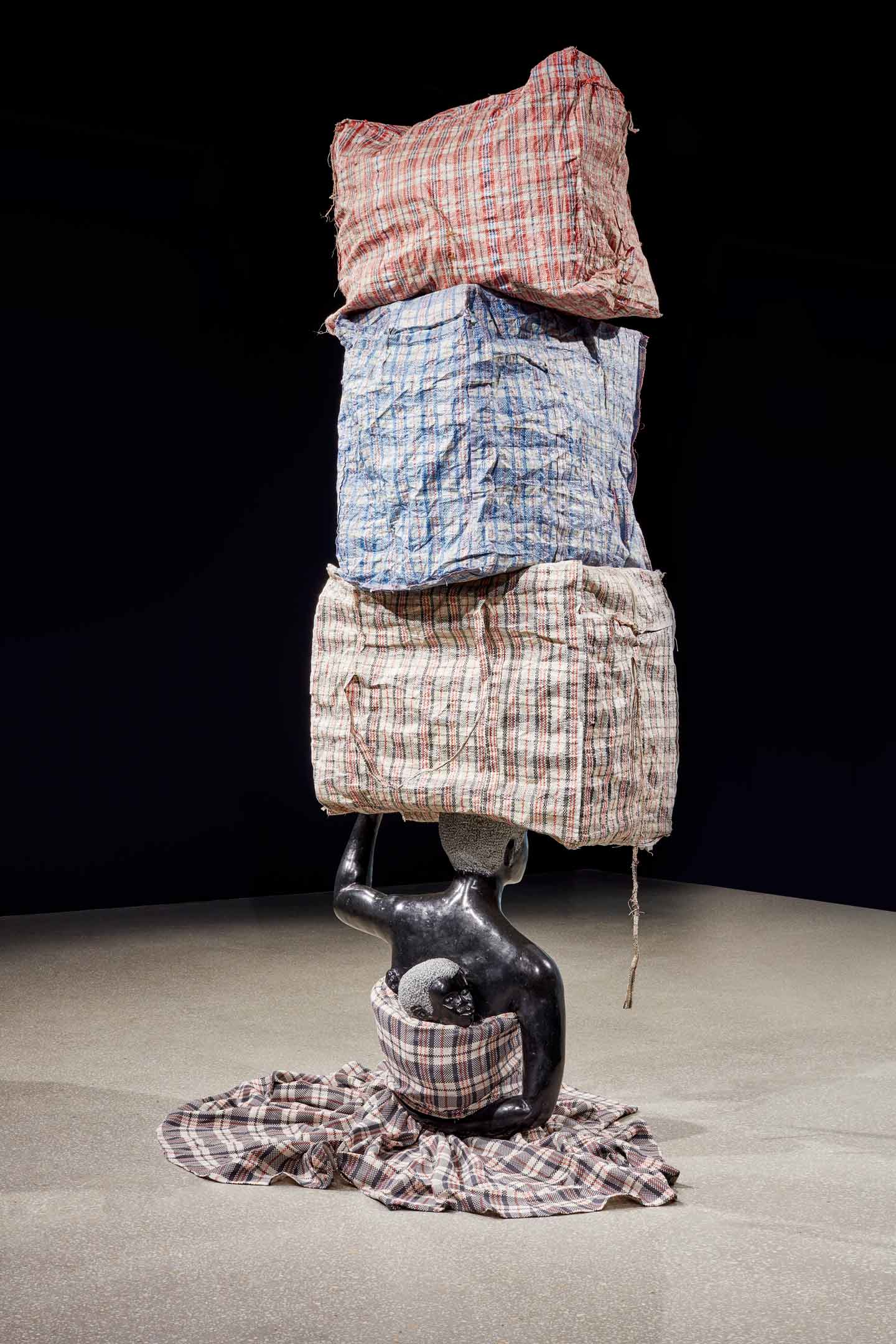 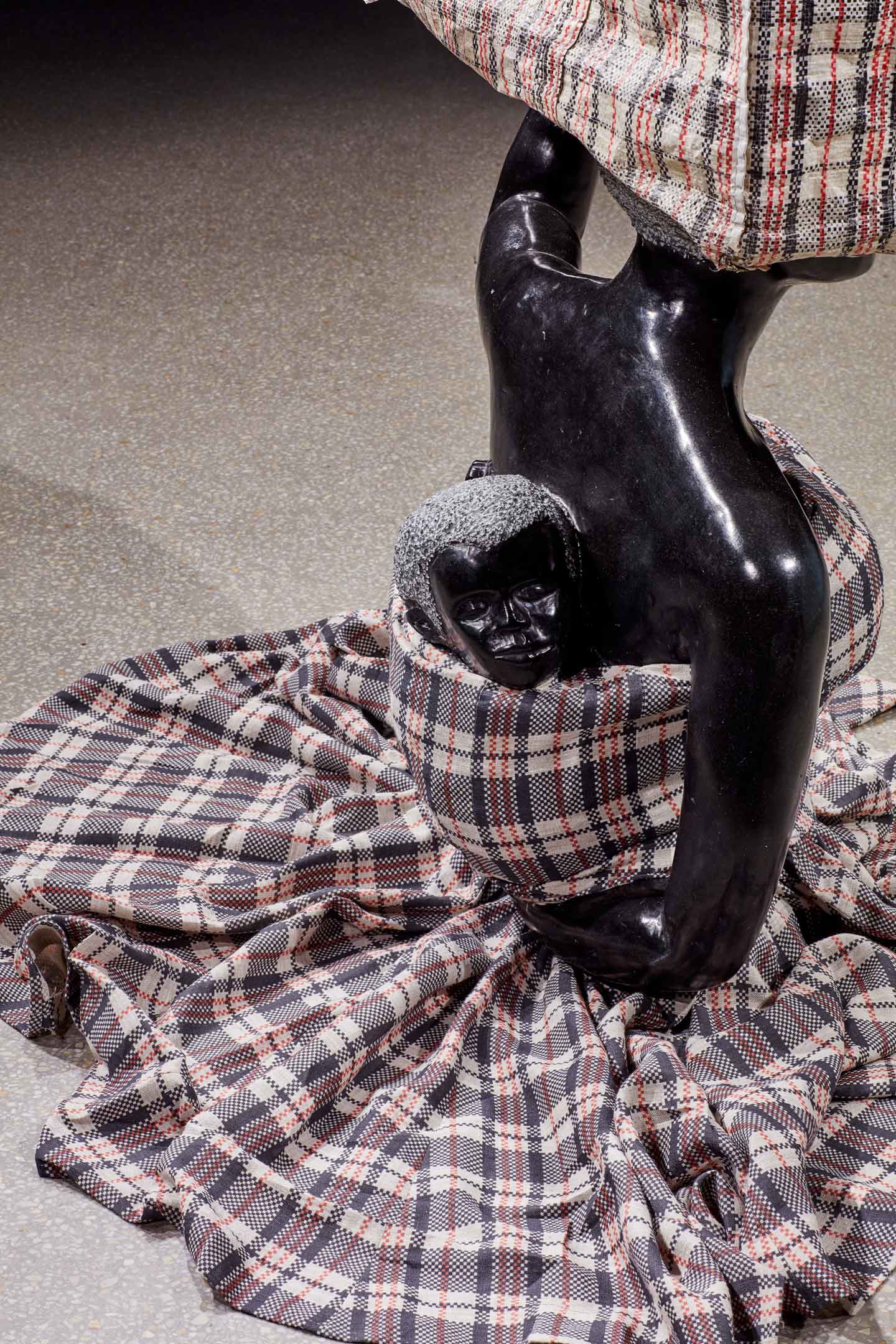 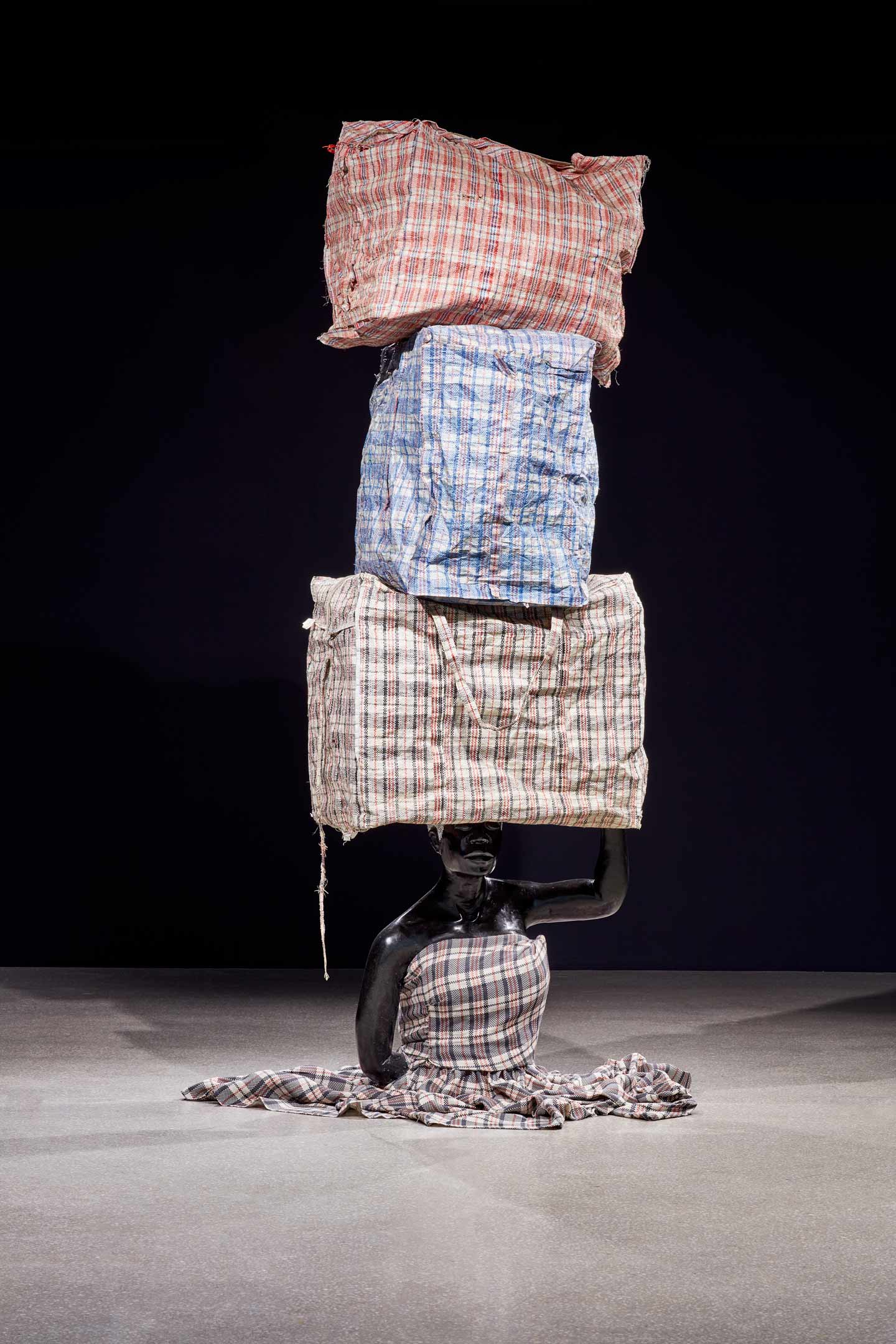 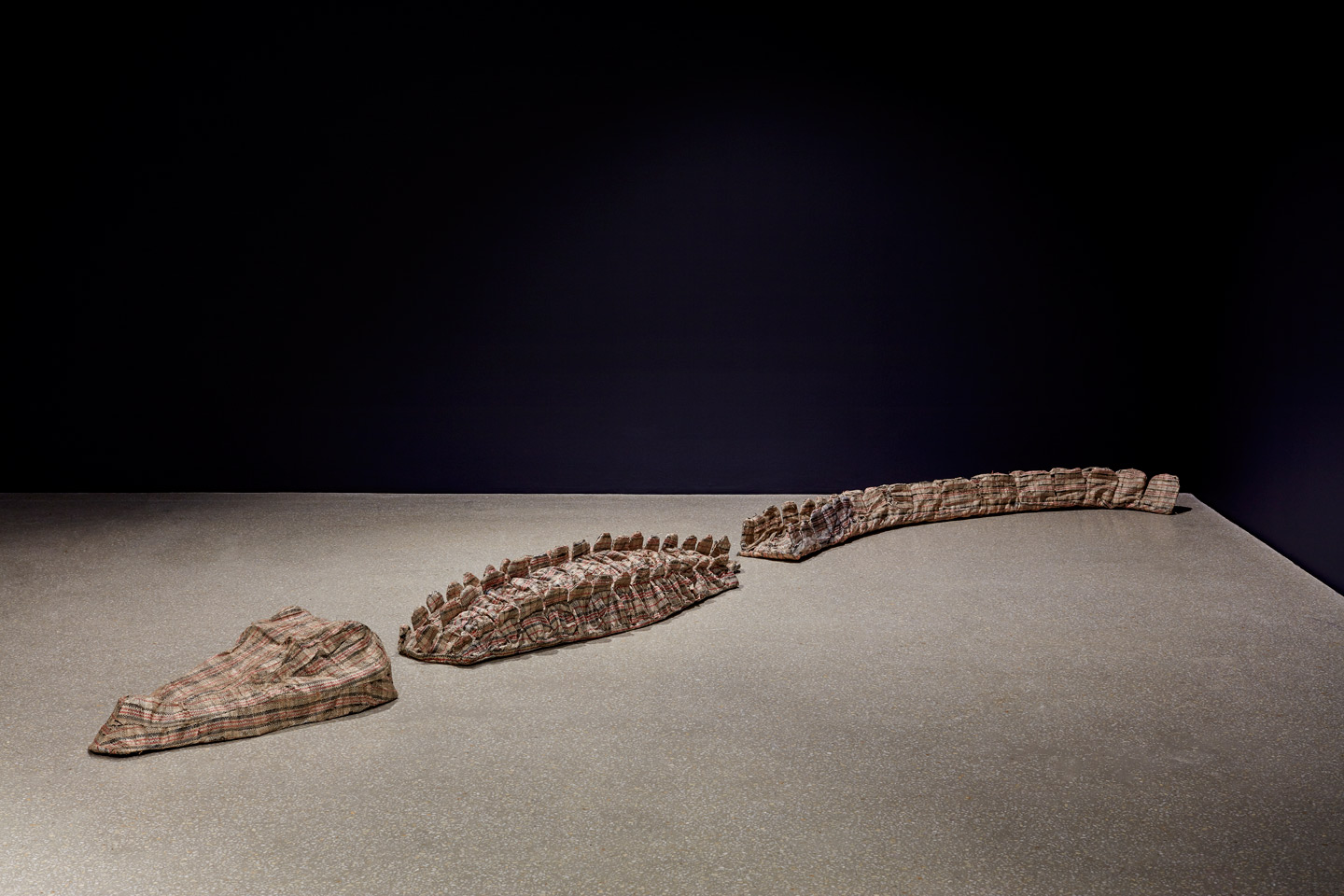 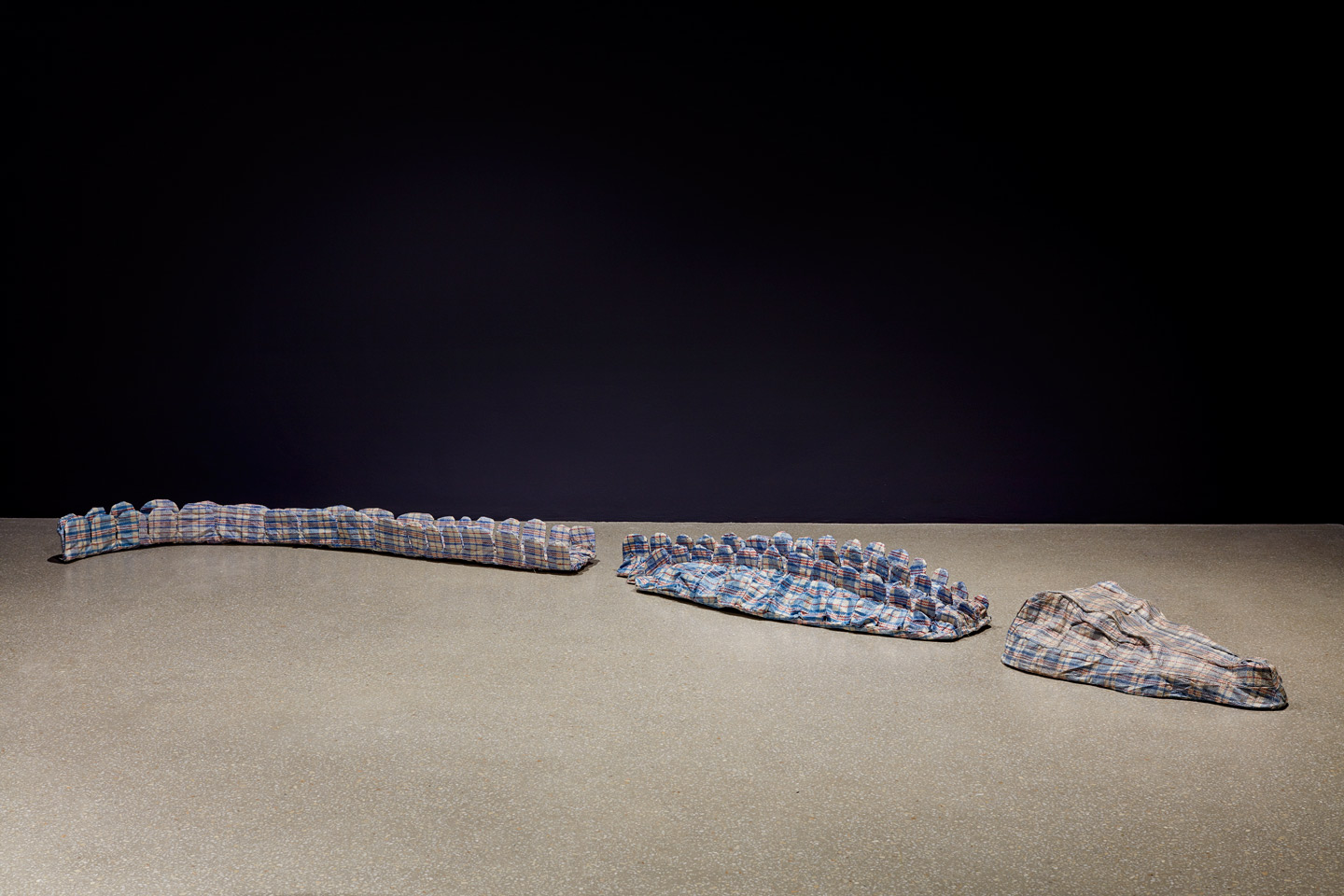 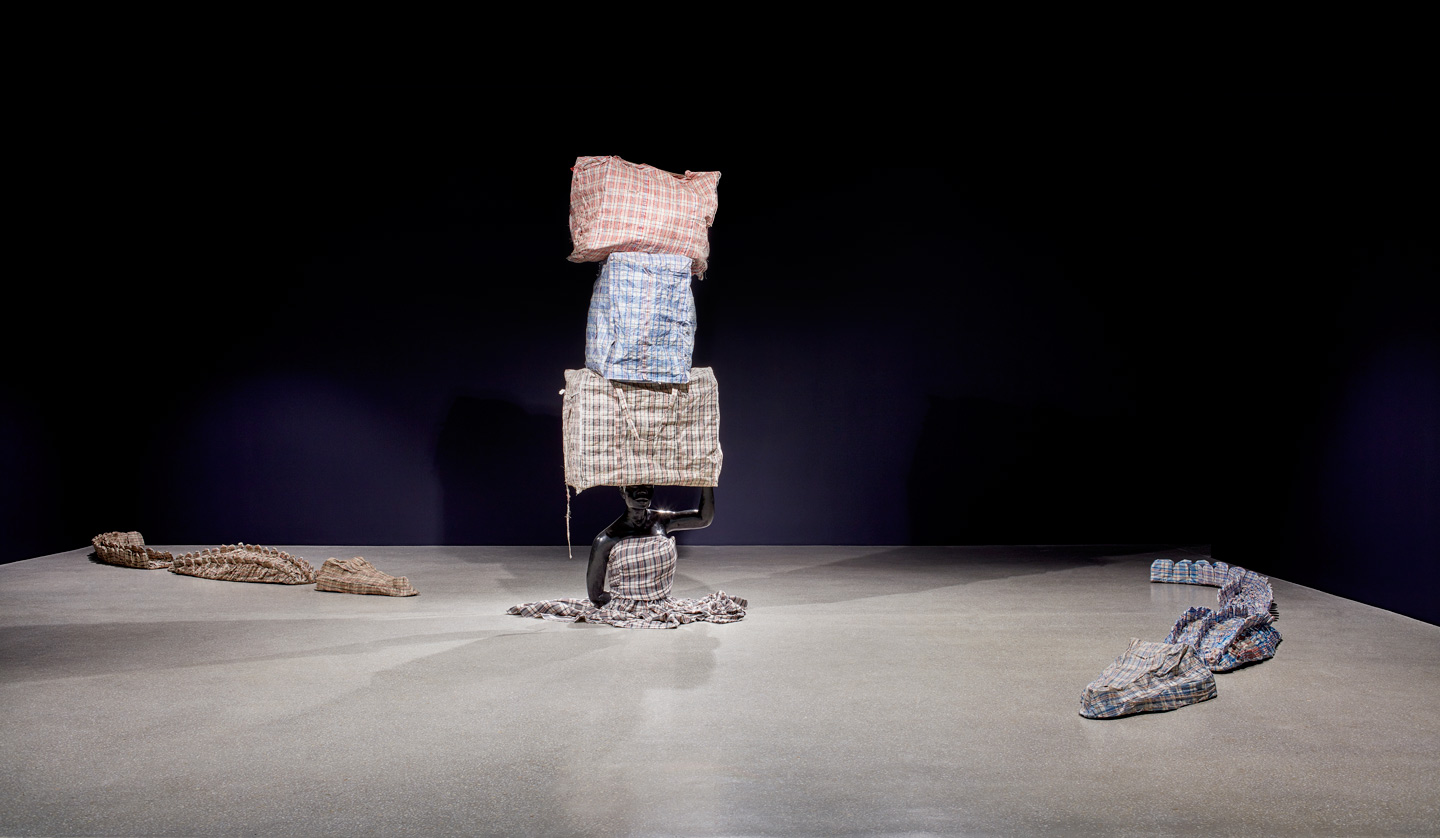 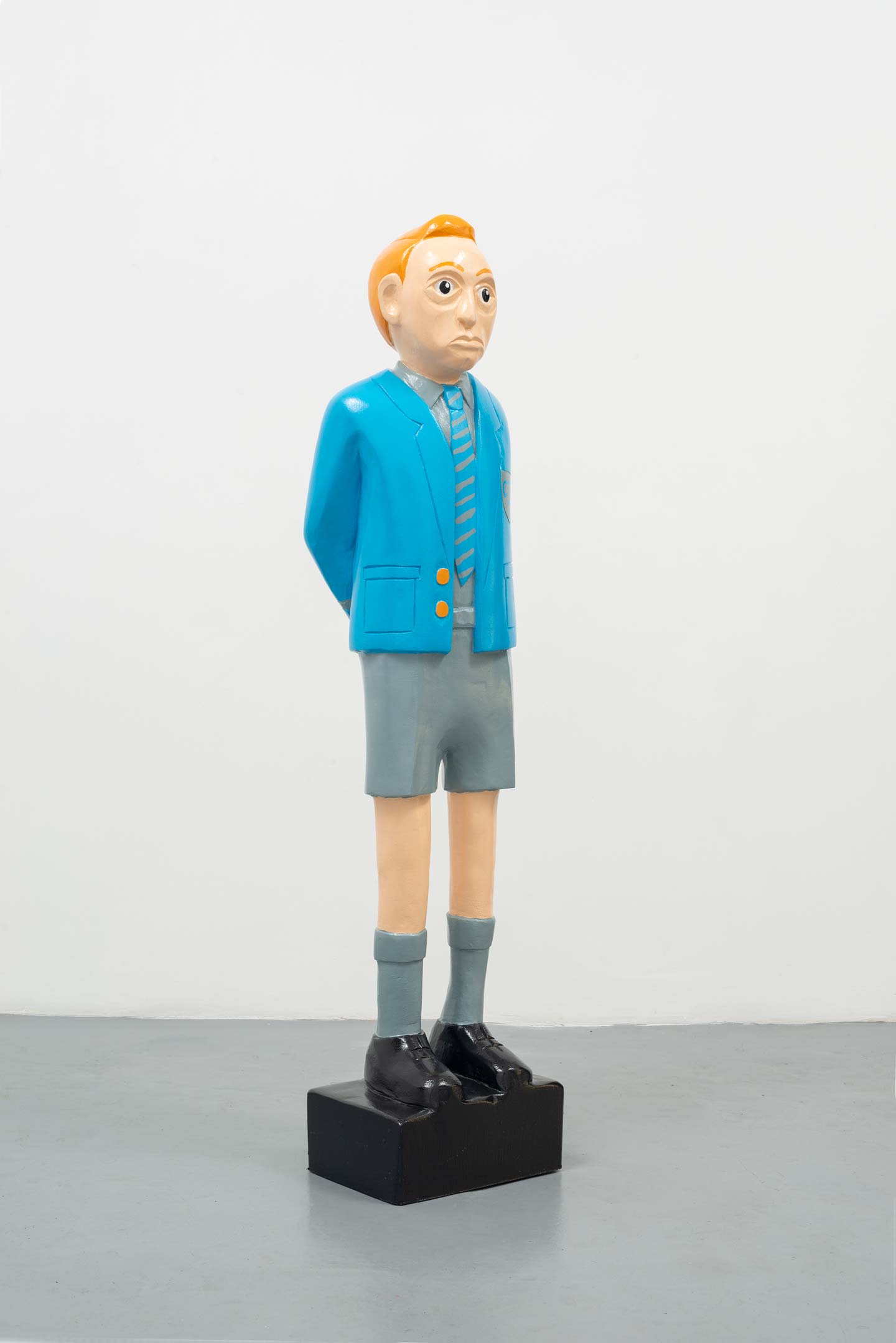 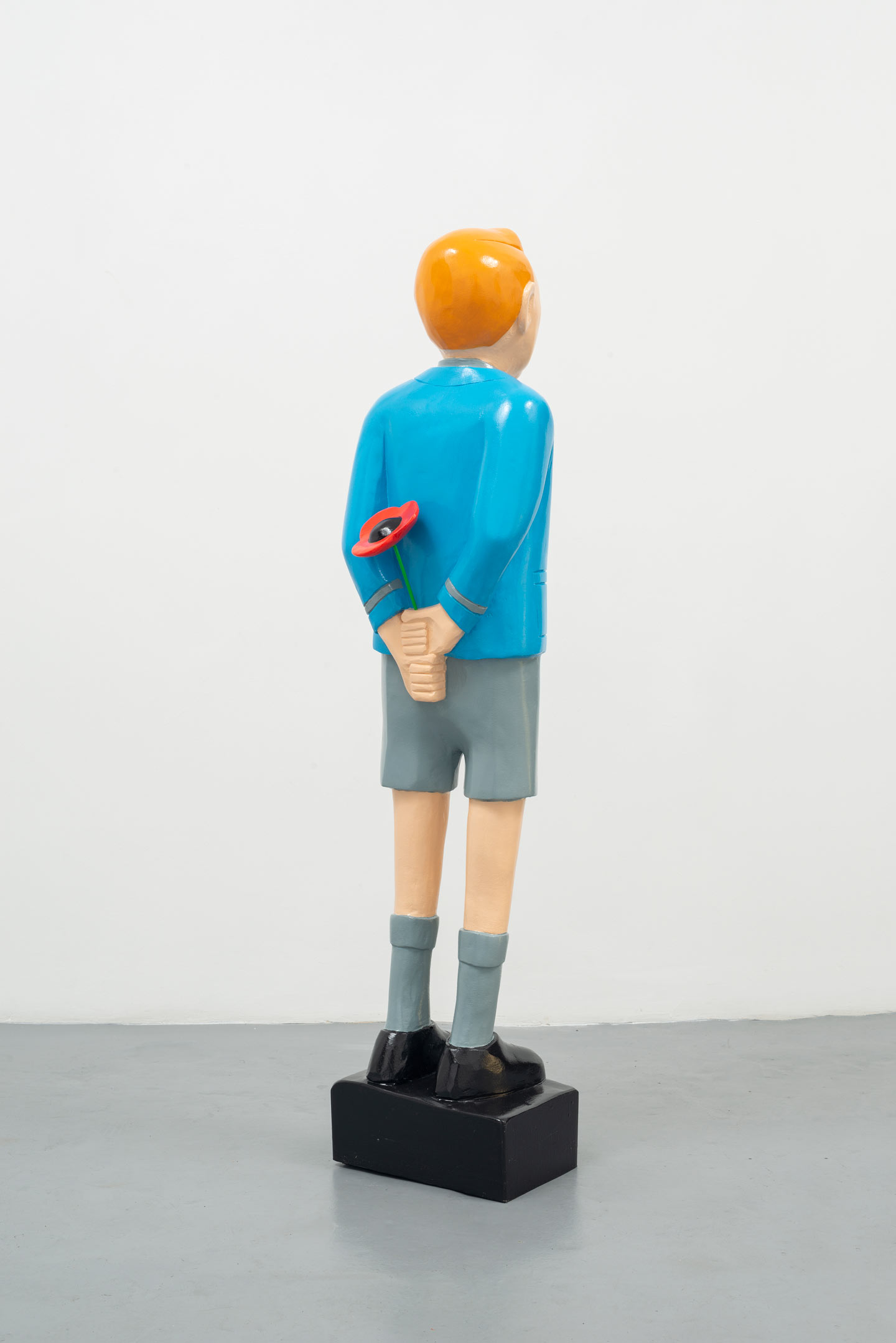 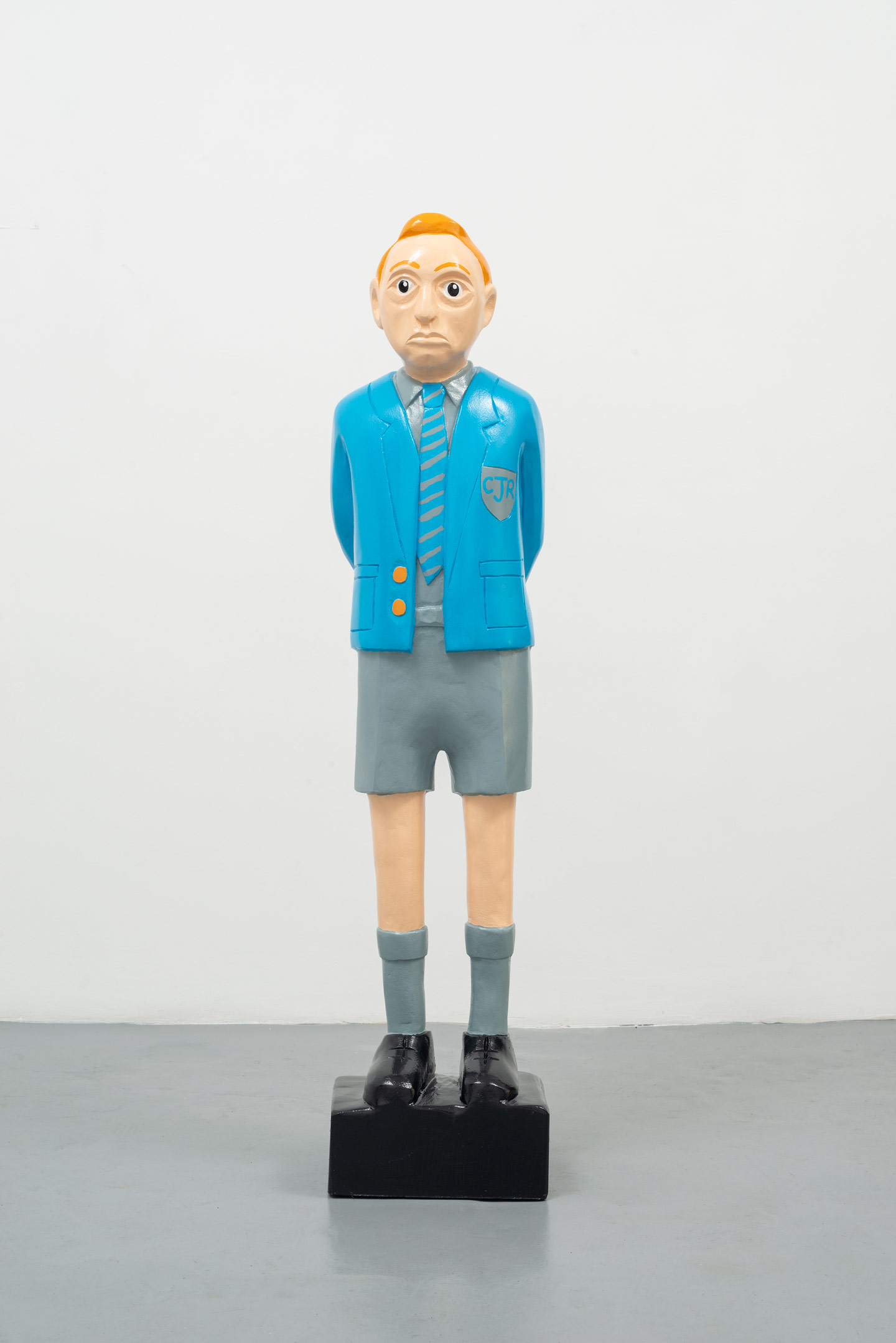 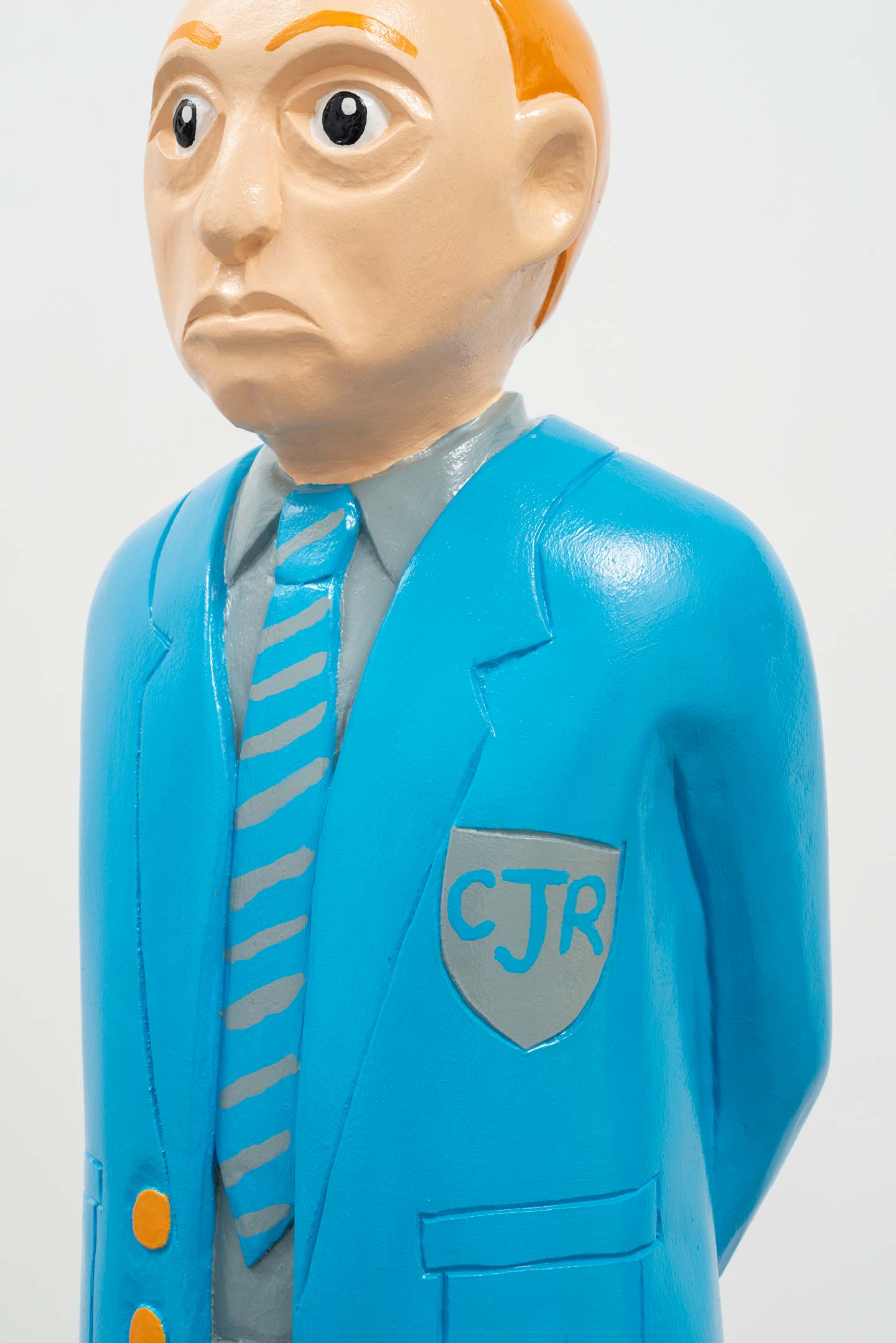 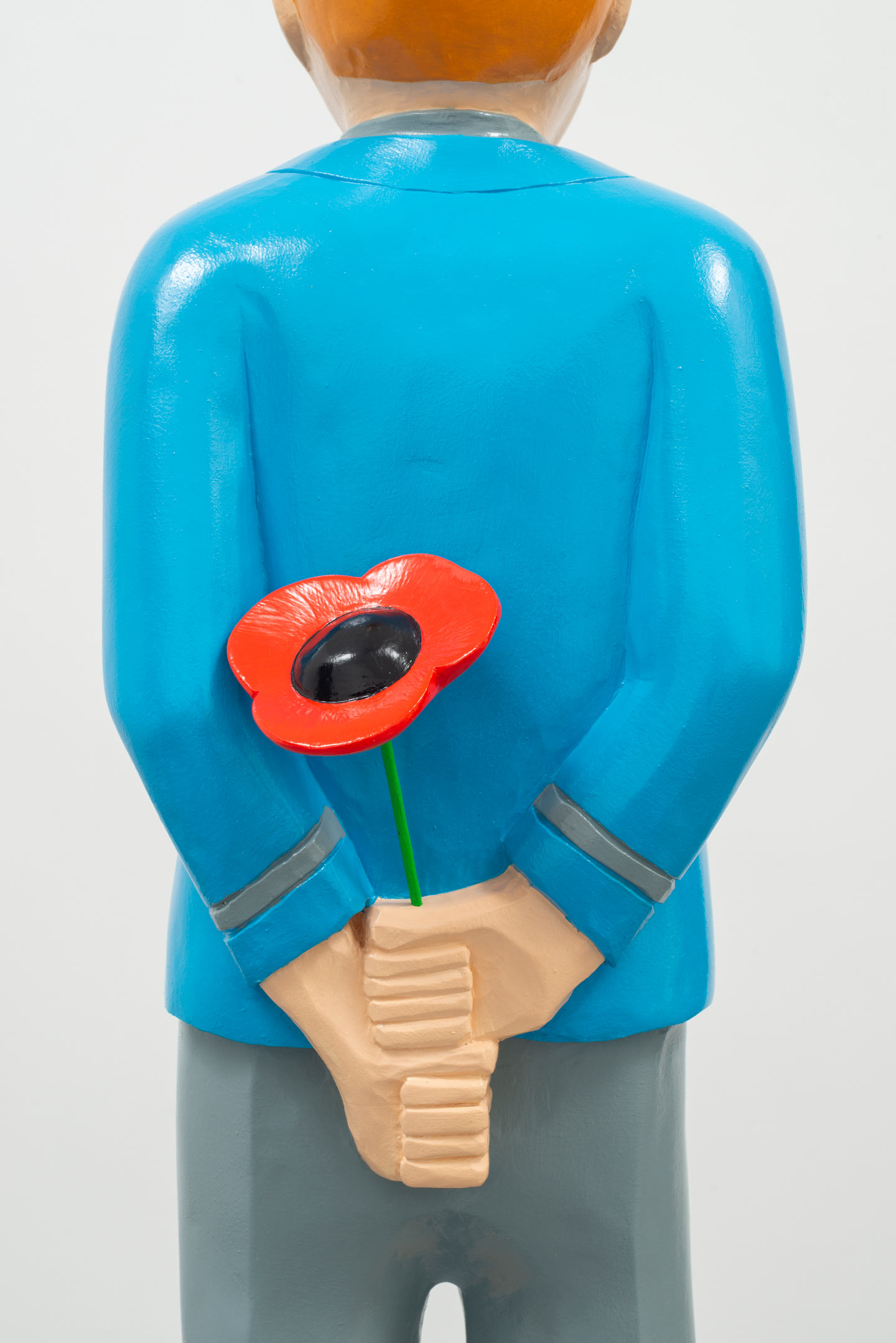 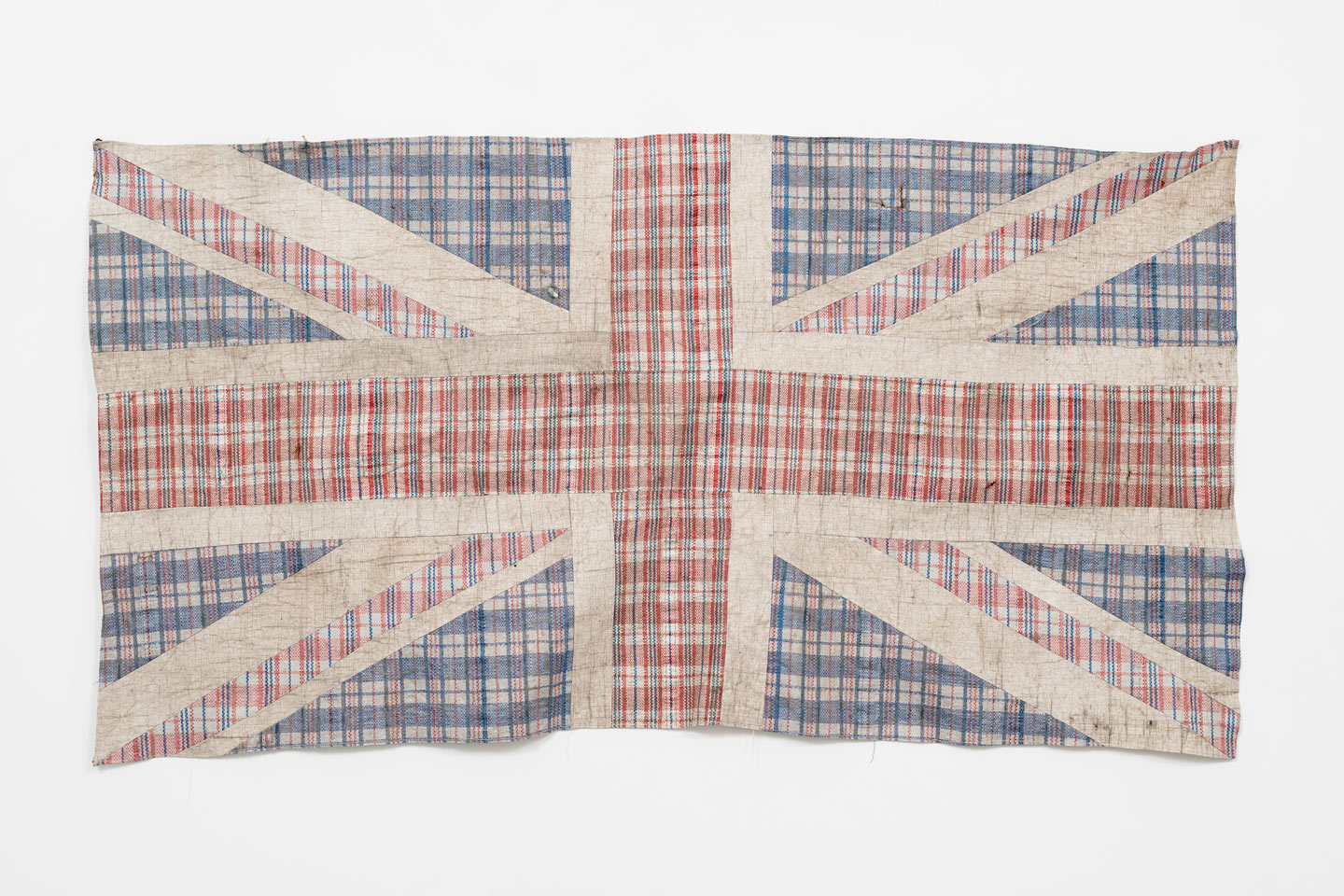 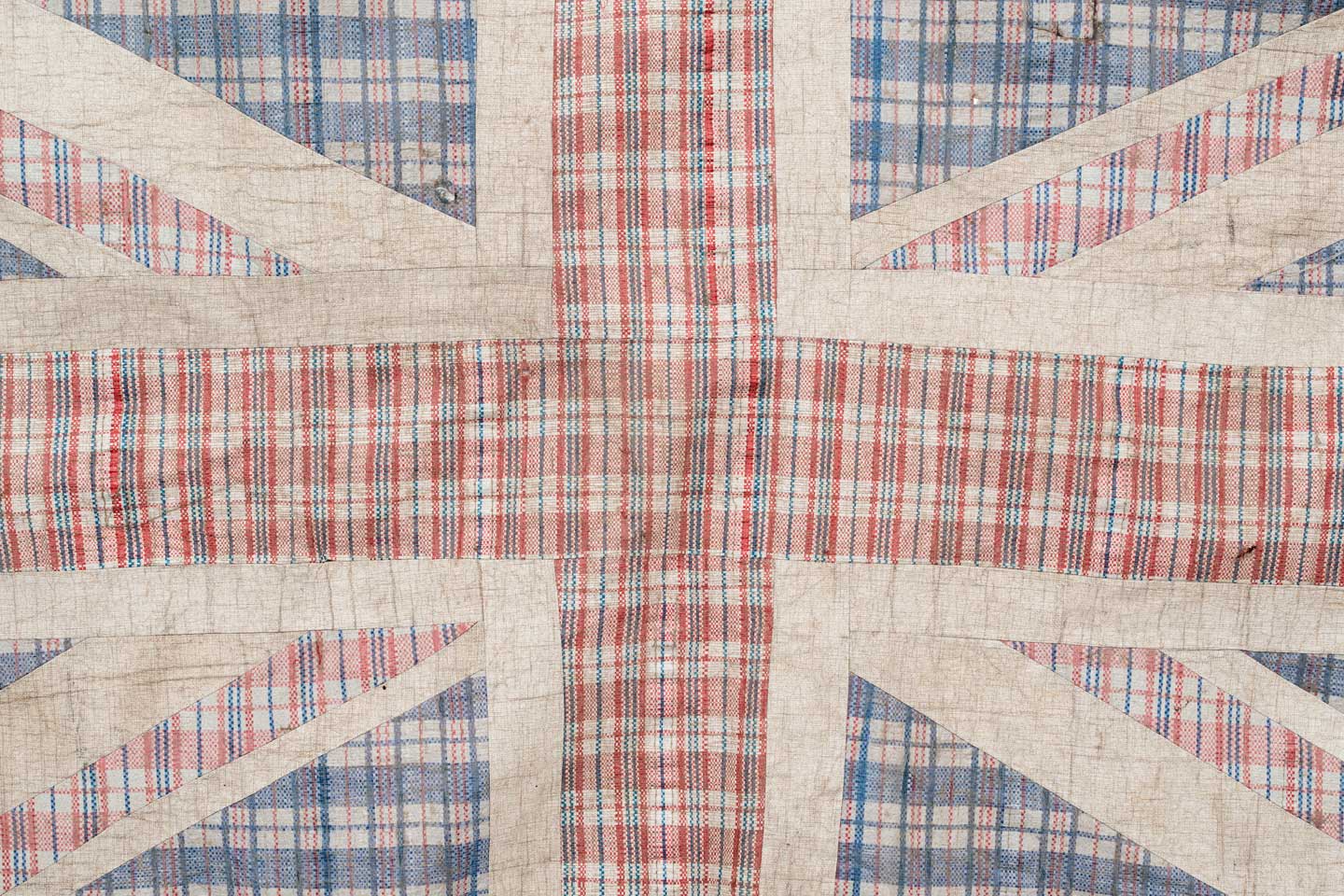 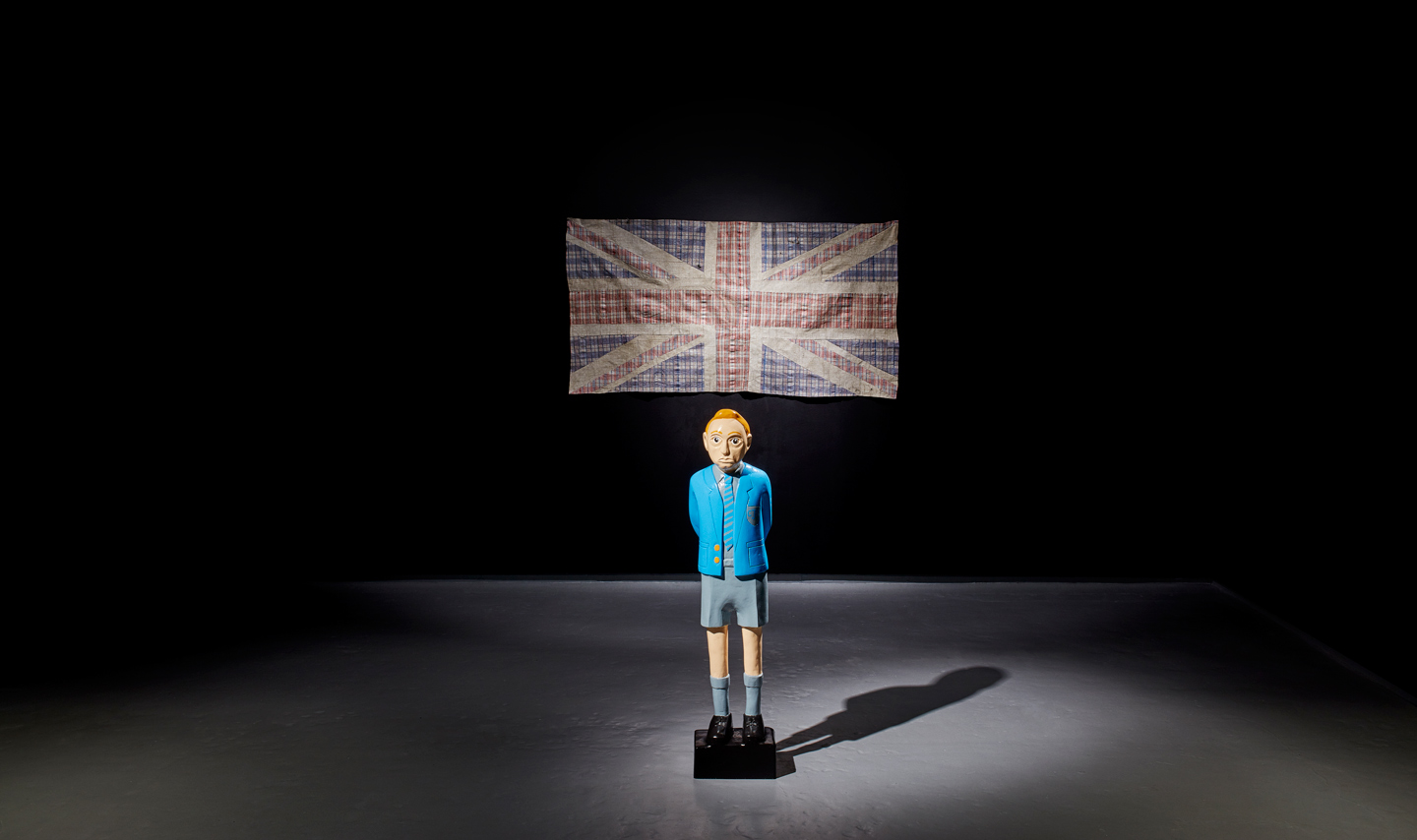 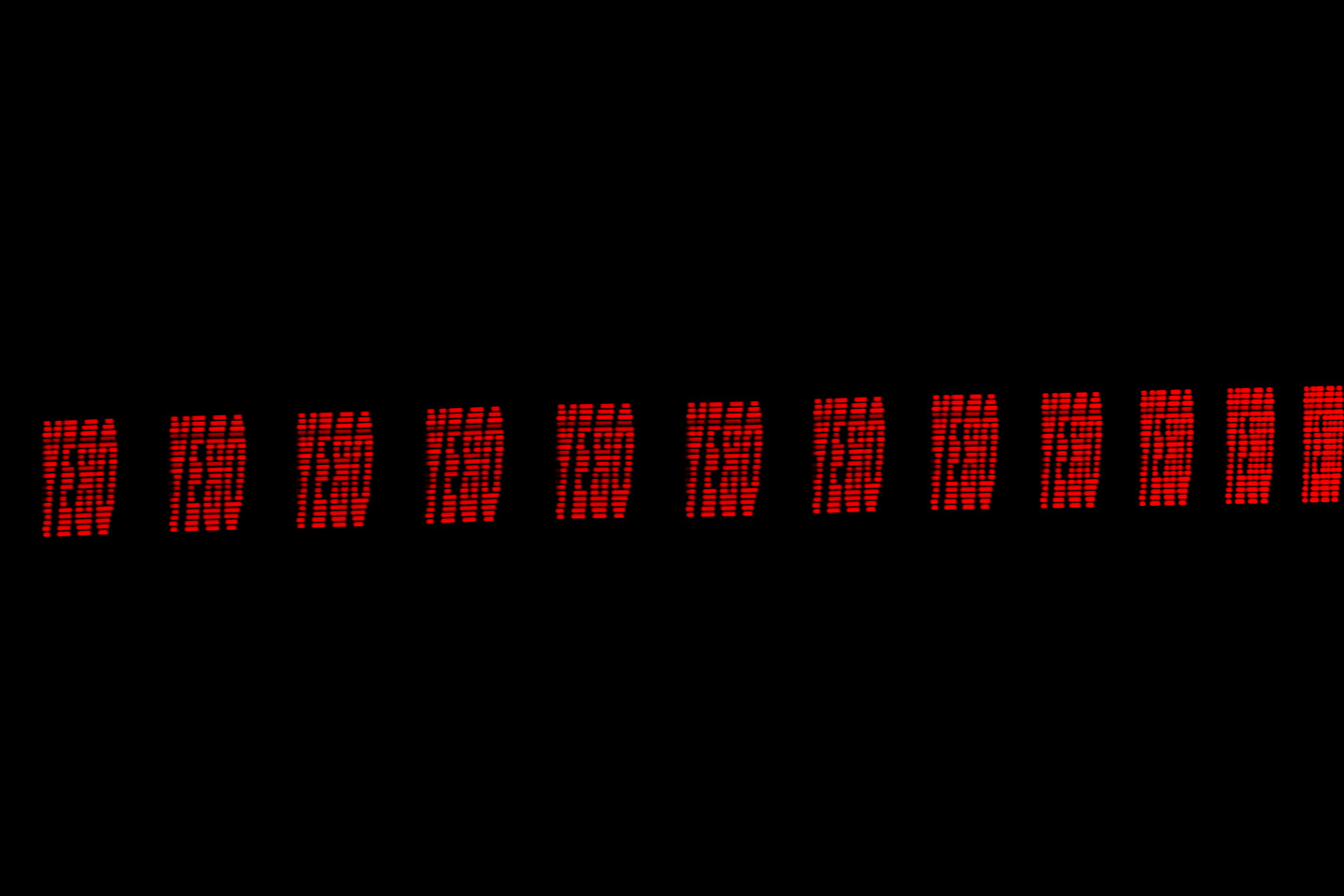 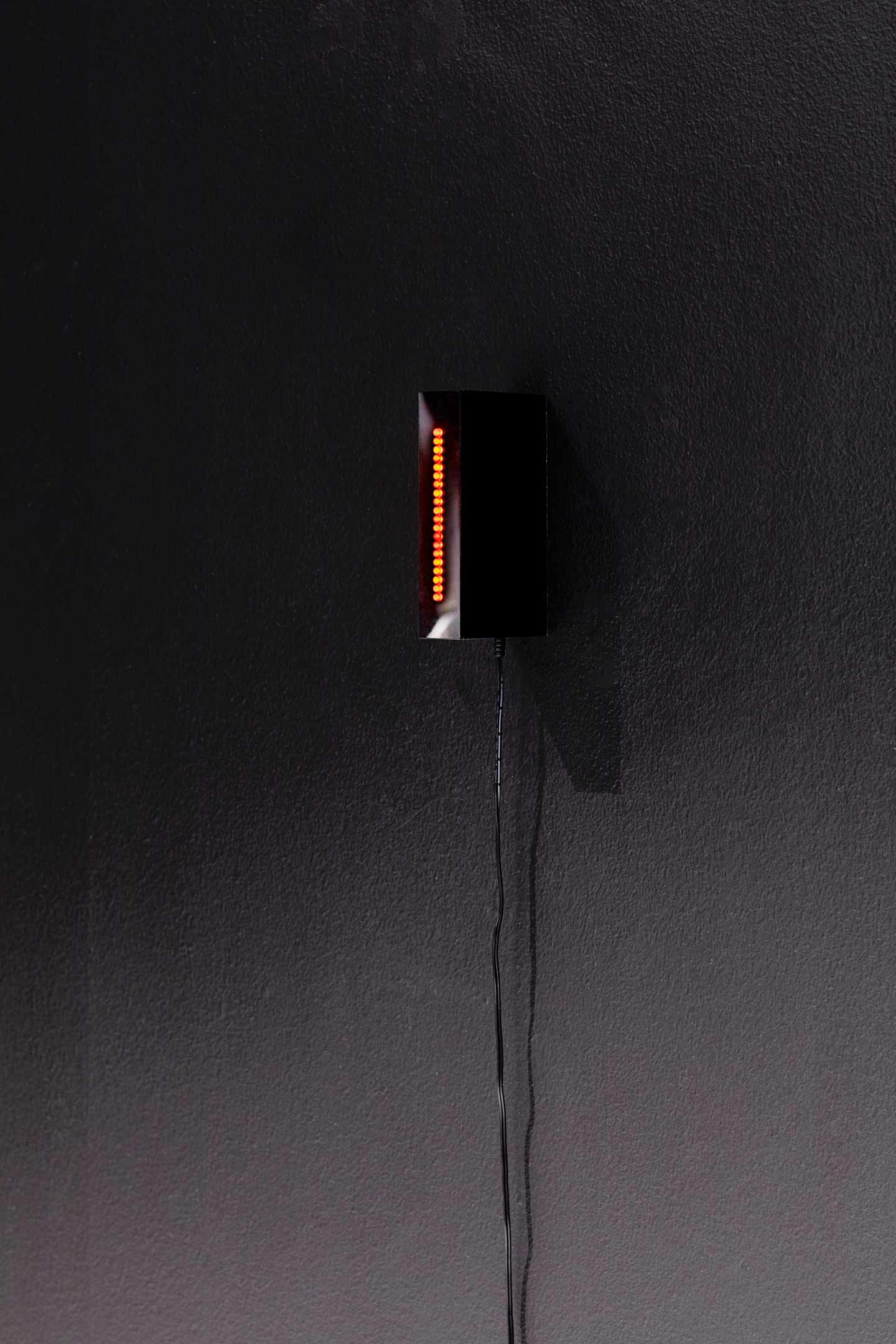 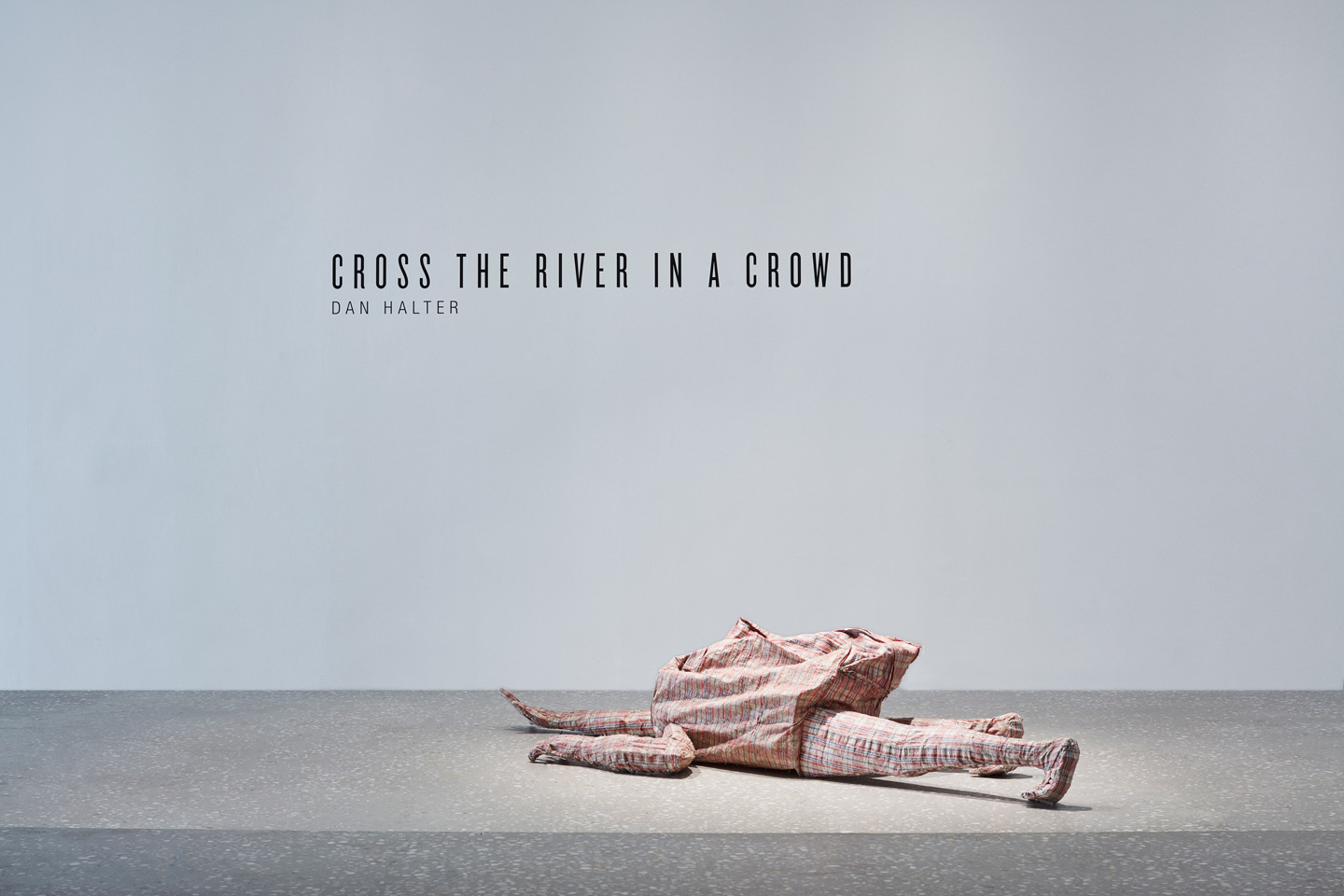 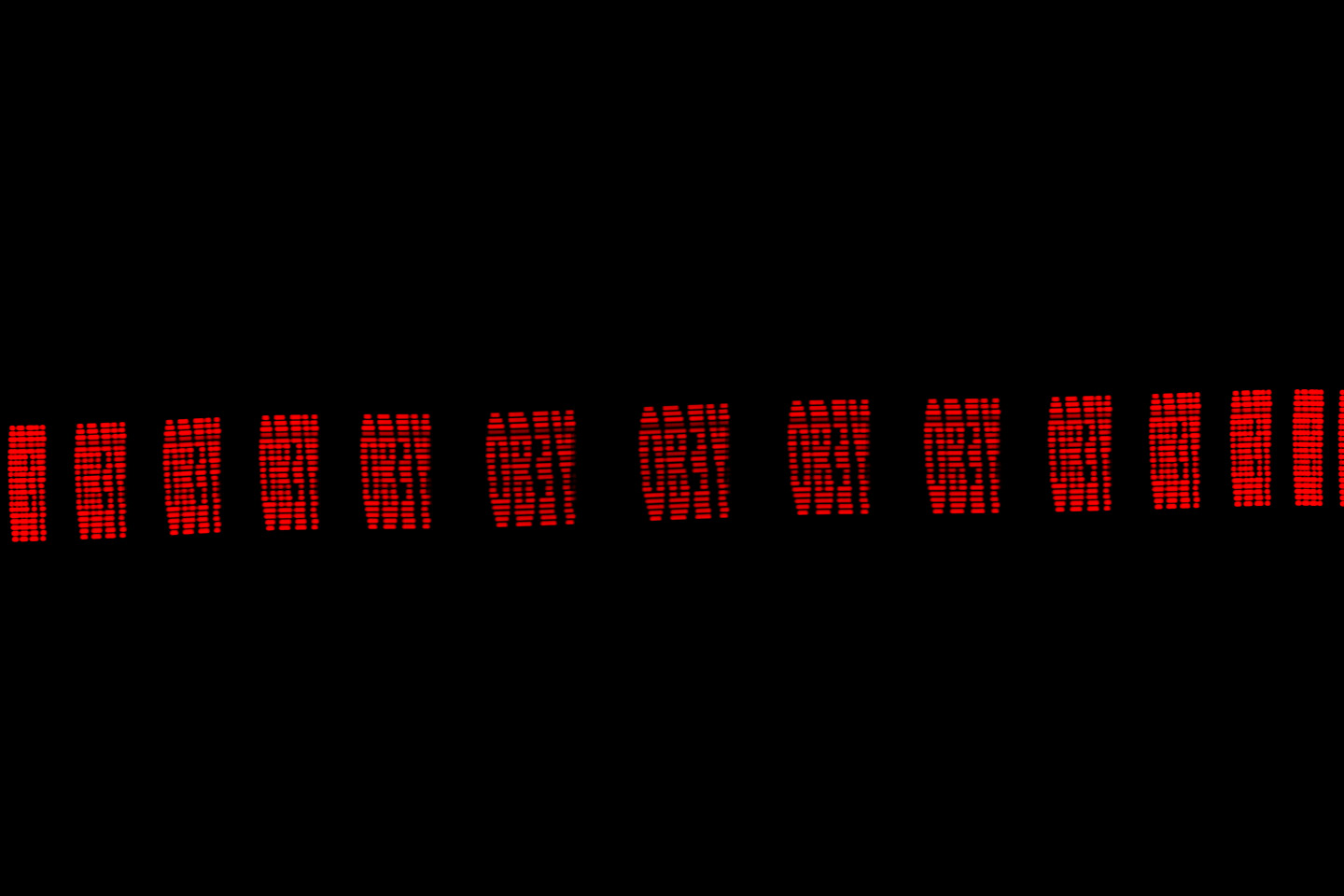 WHATIFTHEWORLD is pleased to present Cross the River in a Crowd by Dan Halter. In this sculptural series, Halter returns to his reflections on the border between South Africa and Zimbabwe. Using ubiquitous checkered plastic weave “Ghana Must Go” bags as the central motif, he explores themes of migration, dislocation, and the trading of resources.

Known most commonly as “China bags” and more recently as “Zimbabwe bags” in South Africa, these bags, widely associated with informal traders, are frequently named after the prevailing community of immigrants specific to a demographic. In Nigeria and many West African countries, the tag “Ghana Must Go” derived from the 1983 Expulsion Order in Nigeria that forced Ghanaian immigrants to flee within 14 days of notification. “These worn-out membranes carry the record of travel in their grimy patina,” says Halter. Acquired in exchange for new ones with refugees and asylum seekers, these bags are stretched over wire frames made by Zimbabwean wire artist Kuda Kuimba and stitched together by Zimbabwean seamstress Sibongile Tete. The artist continues, “The creatures we render tell tales. ‘Ghana Must Go’ bags form chameleon skins on submerged crocodiles and a crawling character,” here referring to two sculptures included in the series, one of which is a human figure wriggling out from this plaid.

While this blue, red, white and black pattern has leaked into popular visual rhetoric as a symbol of transient urban style, it also signifies the collective trauma of genocide, warfare, and civil insurrection. This is echoed in the exhibition title, taken from the African proverb, “Cross the river in a crowd and the crocodile won’t eat you”. The implication here is that only through grouping together and finding solidarity in the ‘whole’ (rather than one identifiable target), can a people overcome injustices and hardships. Halter’s rendition, however, presupposes an act of destruction. In light of South Africa’s current economic stagnation and catastrophic unemployment, as well as, Zimbabwe’s post-election violence, rampant inflation, and continuing currency crisis in the post-Mugabe era, he seems to suggest that we have in fact already been swallowed; and now urges us to forge a way out. The title presents itself almost as a command to collectivise and a call to action.

The use of proverbial speech as a tool to conceptualise political trauma is explored throughout Halter’s practice. During the climax of Zimbabwe’s ongoing crisis, a number of metaphors and expressions in Shona slang emerged as ways of communicating hopelessness amidst the country’s decline. The term zvakadhakwa *things are drunk, for instance, conveys the feeling of being stupefied with financial burdens and is used in conversation to express the failure to survive a financial year or month. Other expressions such as Kuzvuva Dumbu *dragging one’s stomach, a term for a rich person, is a commentary on the physique of one who lives and eats well; exemplified by a pot belly. Similarly, VaChibhegi *Mr or Mrs Bag, is a title that acts as a signifier of class status(1). The artist uses language to bridge the personal and political. While unthreading the historical baggage of the bags, he highlights the struggles of subaltern communities at the margins of global economies: of not making ends meet, of xenophobic violence, and of cultural isolation, amongst others.

Halter interweaves “Ghana Must Go” bags and seemingly unweighted mass-produced “China-bag plaid” in a woven Union Jack flag. Traced and produced from Halter’s family heirloom, acquired in then-Rhodesia, the artist addresses the intergenerational traumas of colonial violence. By placing the United Kingdom, Africa and China in such close proximity, he also opens up conversation on neo-imperialism. With China being Africa’s largest trading partner, our reliance on China for goods, aid, and infrastructure decentralises Africa’s power to develop, assuring the exploitation of our raw materials. This, coupled with Chinese Soft diplomacy and the fact that they have already established their military base in Africa, in Djibouti, introduces China as a new colonial threat. The repetitive colours and geometric intersections Halter draws between flags, maps, materials and geographies, further pushes these patterns of trade and migration. The piece could also be seen to hint at Brexit and the relationships between global epicentres and socio-economic outsiders.

Halter comments on our present geopolitical precariousness in a wooden sculpture, titled The Oppressor as a Child, Heroin as a Flower (extracted from a graffiti text piece by Stefan Ferona [SEK]: “as if the oppressor was never a child, as if heroin was never a flower”. The piece visually references the figurative ‘colon statues’ that originated from the Ivory Coast. This genre of wood carving depicted European colonial officials and Westernised middle-class Africans during the colonial period. Halter’s figure, however, directly references Cecil John Rhodes. This piece compliments a subtle intervention – a small, red light-strip that tricks the eye into seeing the word OBEY and its inversion YEBO at different perspectives and positions: a technique used by Lucky Strike, an Anglo- American cigarette company, as a marketing campaign in South Africa. Both works are poignant reminders that Africa has no friends – our allies rest with the extraction, consumption, mass-production and trading off of mineral resources. This sentiment is mimicked in another Chinese saying that the artist informs me of: “Cross the river by feeling the stones”. The suggestion is that one must stay grounded and ‘feel’ or intuit one’s way forward amidst uncertainty.

What Halter affords us with, is a poetic and plaintive response to this period. A central figure to the exhibition, a stone sculpture of a woman submerged in a river and balancing three filled “Ghana Must Go” bags on her head while carrying her child seems to be a totem of this: “A baby on its mother’s back doesn’t know the journey is long.”

Dan Halter’s artistic practice is informed by his position as a Zimbabwean living in South Africa. Using materials ubiquitous to South Africa and Zimbabwe Halter employs the language of craft and curio as a visual strategy to articulate his concerns within a fine art context. Through this, as well as through photography and video, Halter addresses notions of a dislocated national identity and the politics of post-colonial Zimbabwe within a broader African context.

Dan Halter was born in Zimbabwe in 1977. In addition to several solo exhibitions Halter has participated in numerous group shows including US at the South African National Gallery, curated by Simon Njami, Zeitgenössiche Fotokunst aus Südafrika at the Neuer Berliner Kunstverein (NBK), 2009 Havana Biennale and Earth Mattersat the Smithsonian National Museum of African Art in Washington DC. He has completed four international residencies, in Zürich, Rio de Janeiro, Scotland and Turin. Recent exhibitions include the 7th Triennial of Contemporary Textile Arts of Tournai, Belgium and Dan Halter / Mappa Del Mondo at the Nassauischer Kunstverein in Wiesbaden Germany.