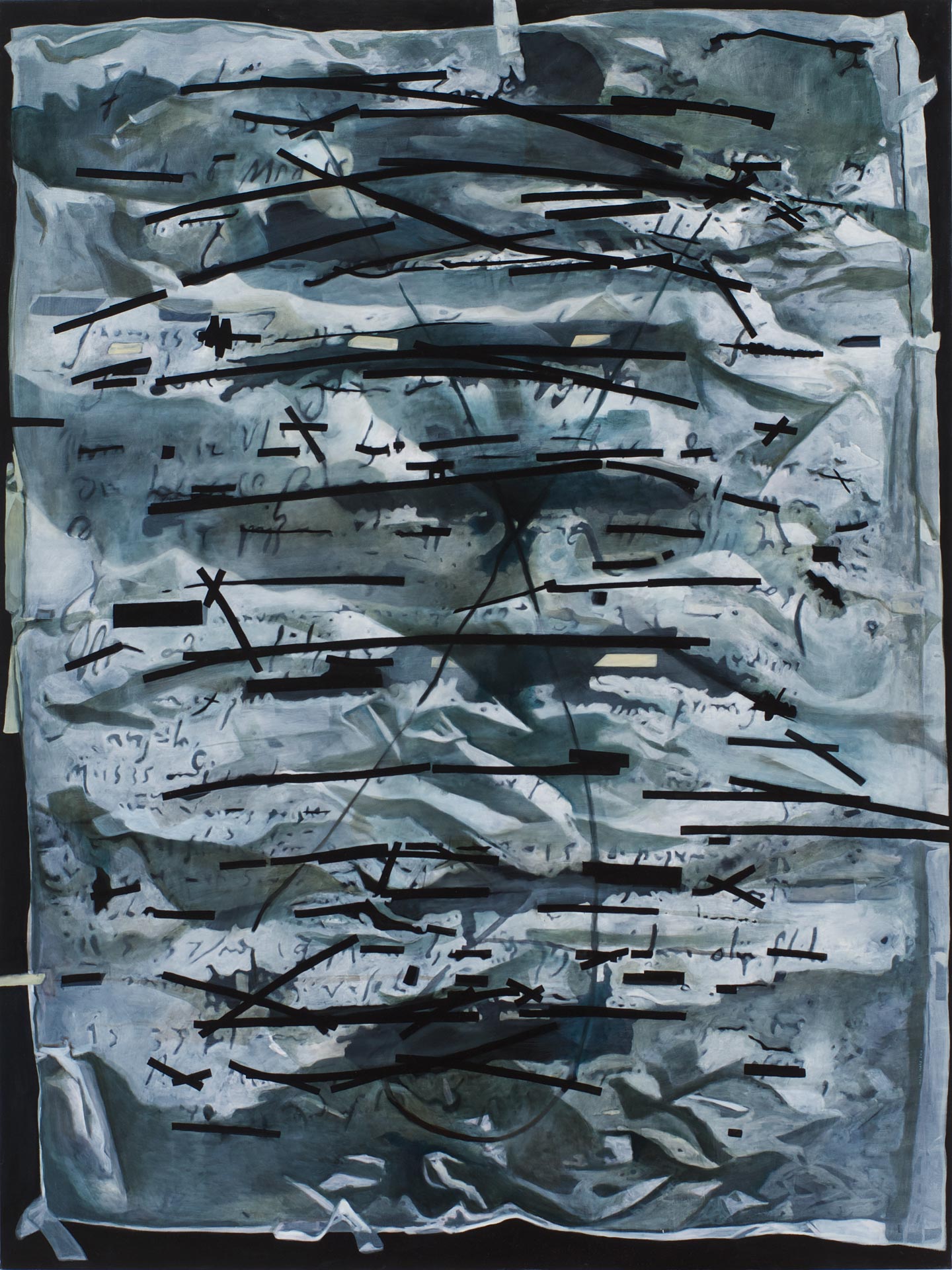 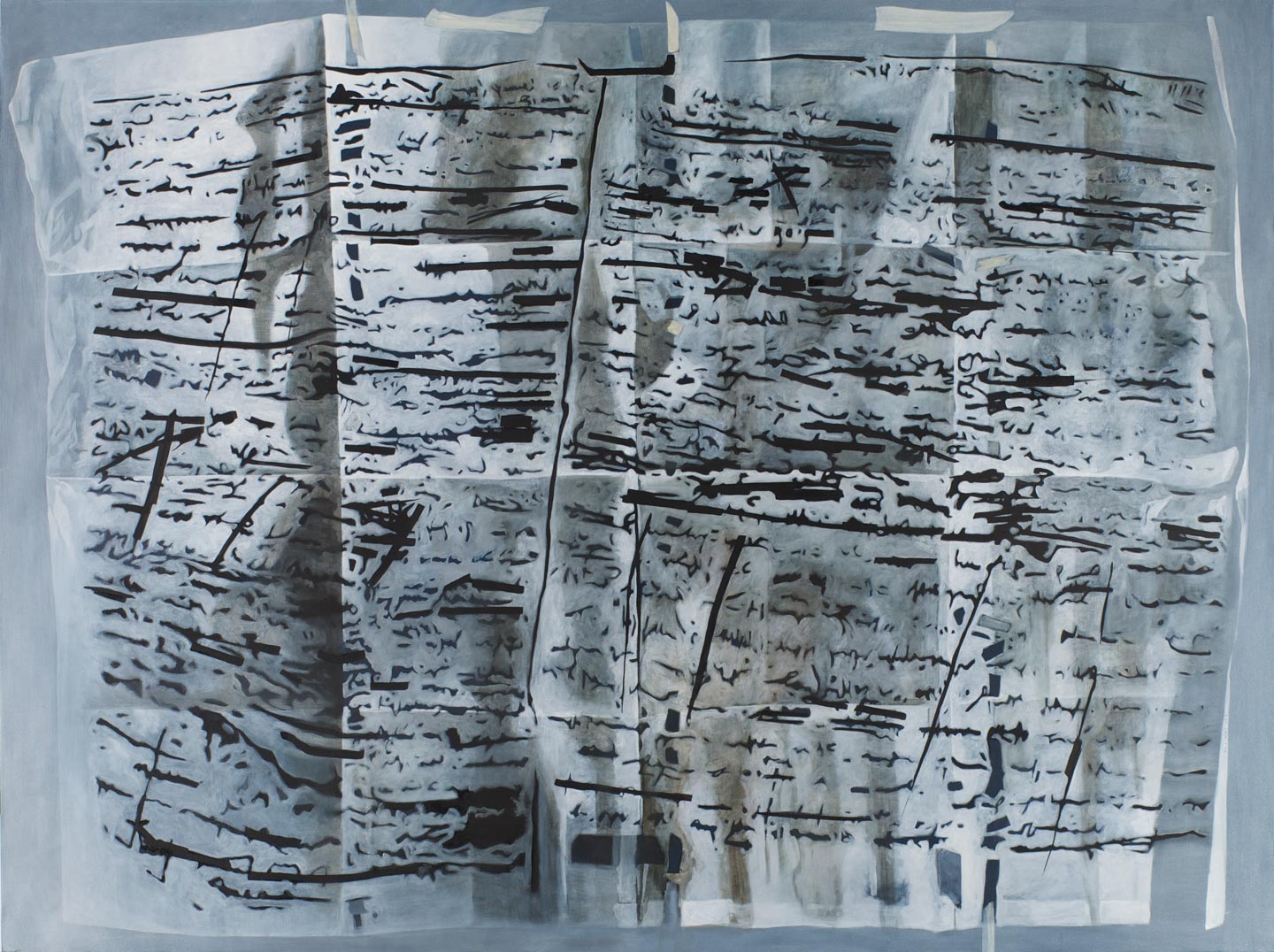 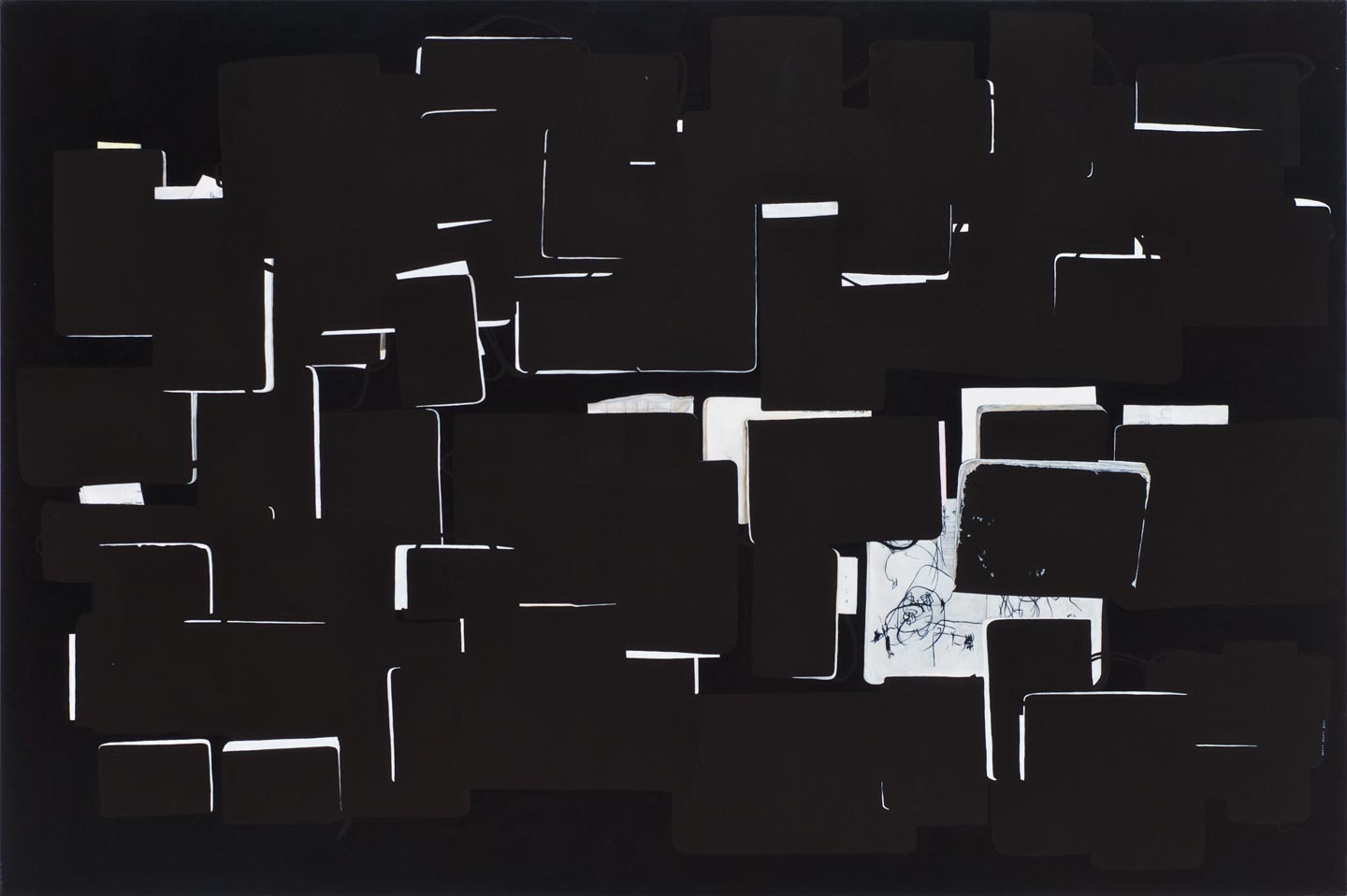 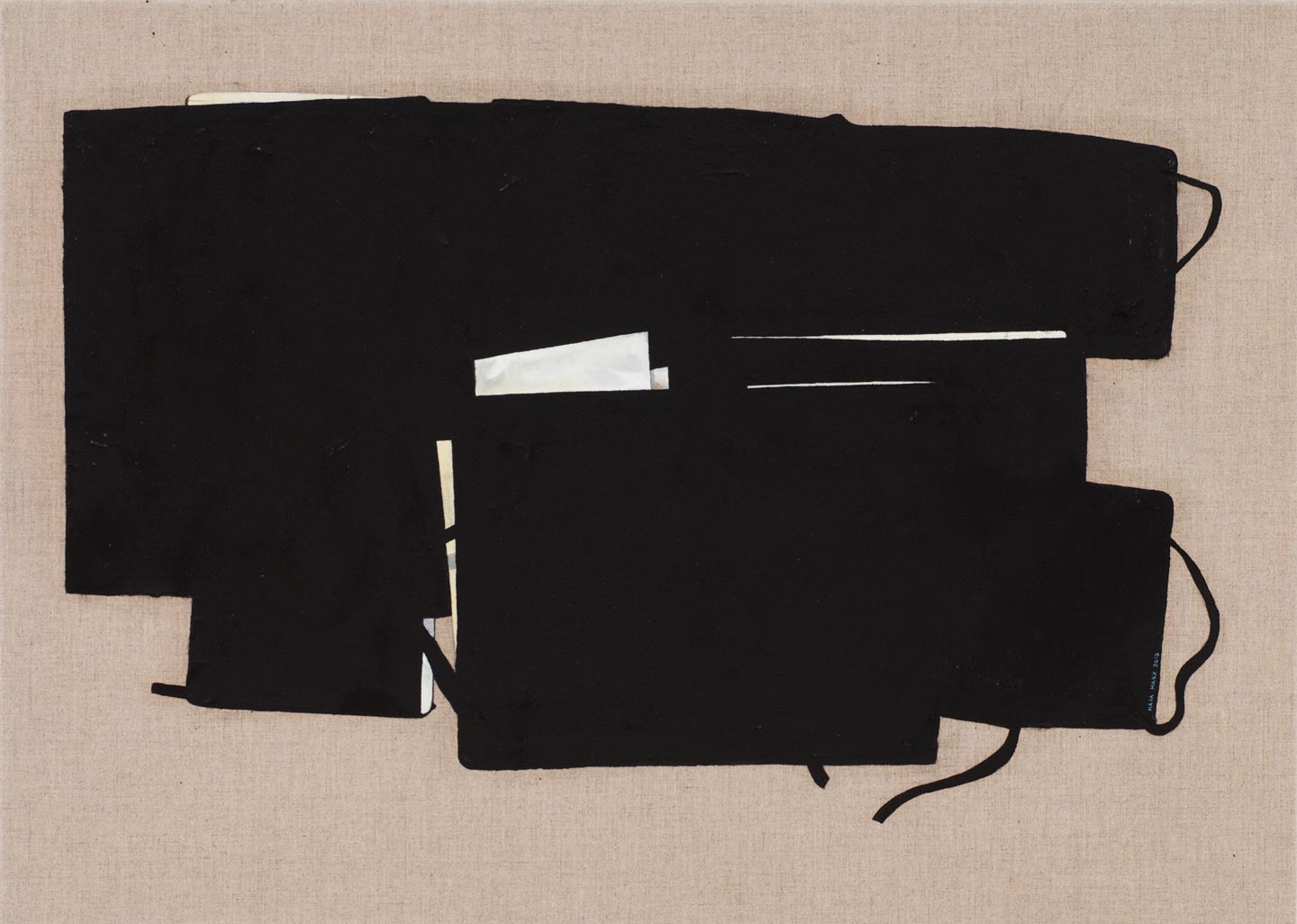 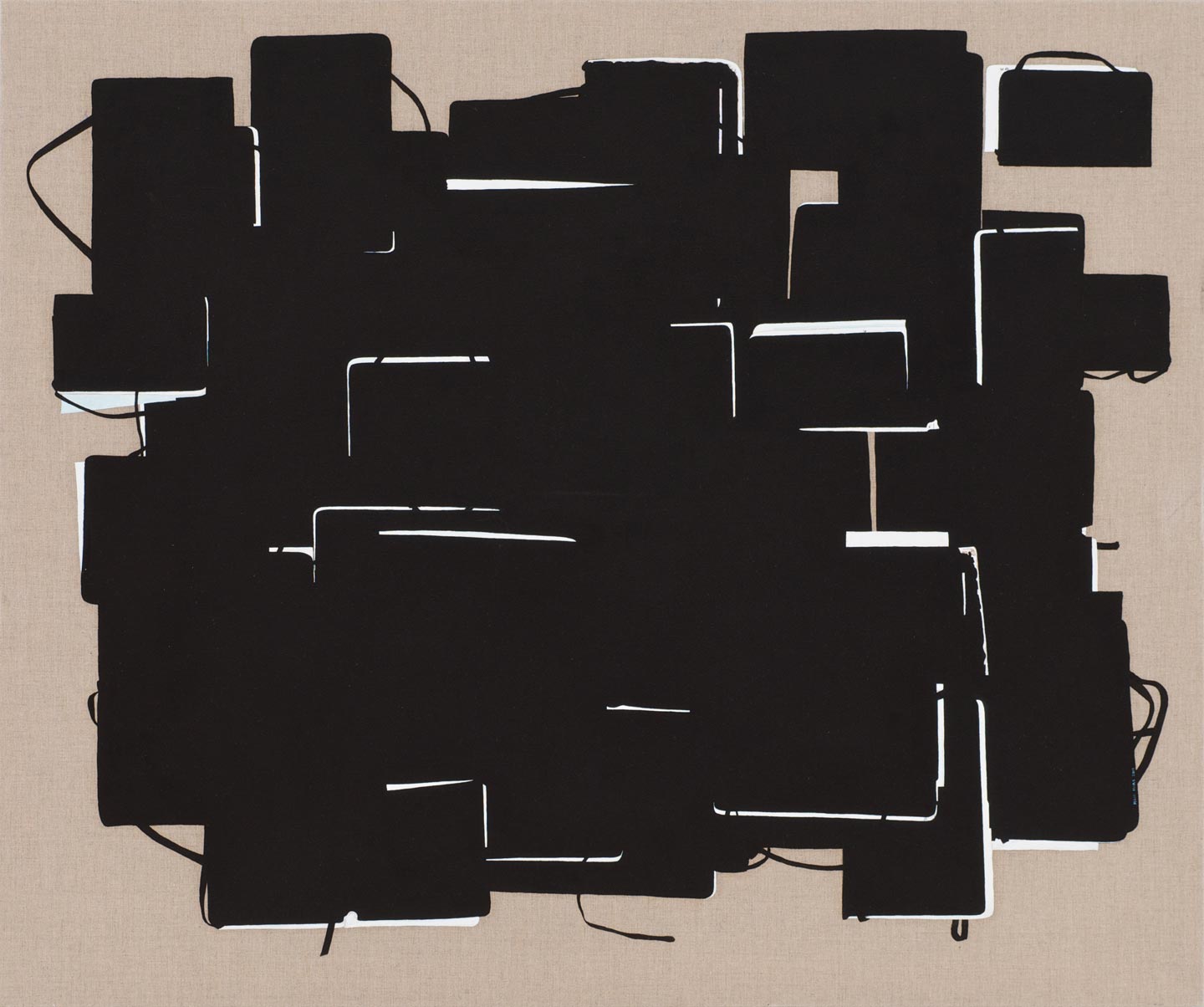 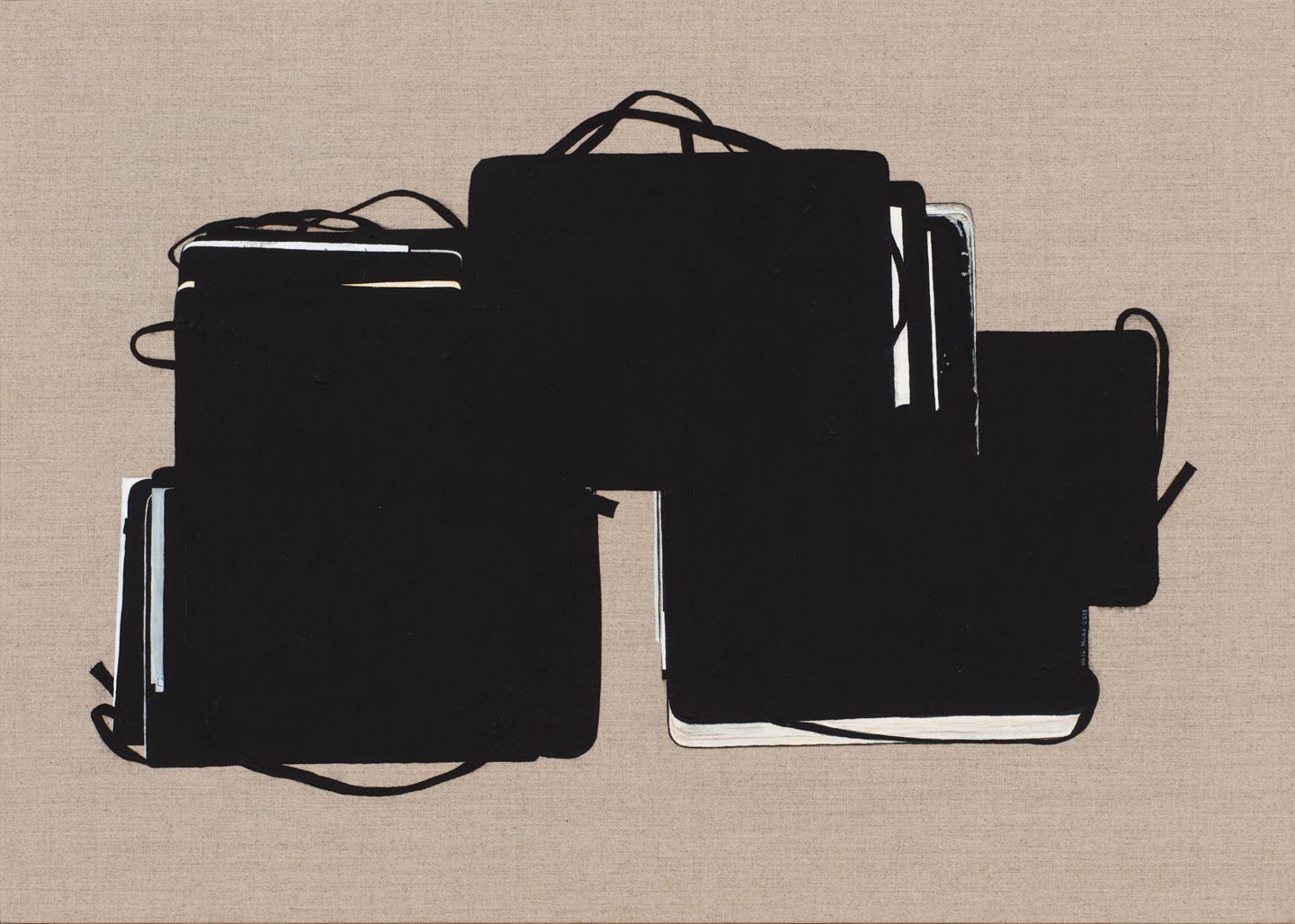 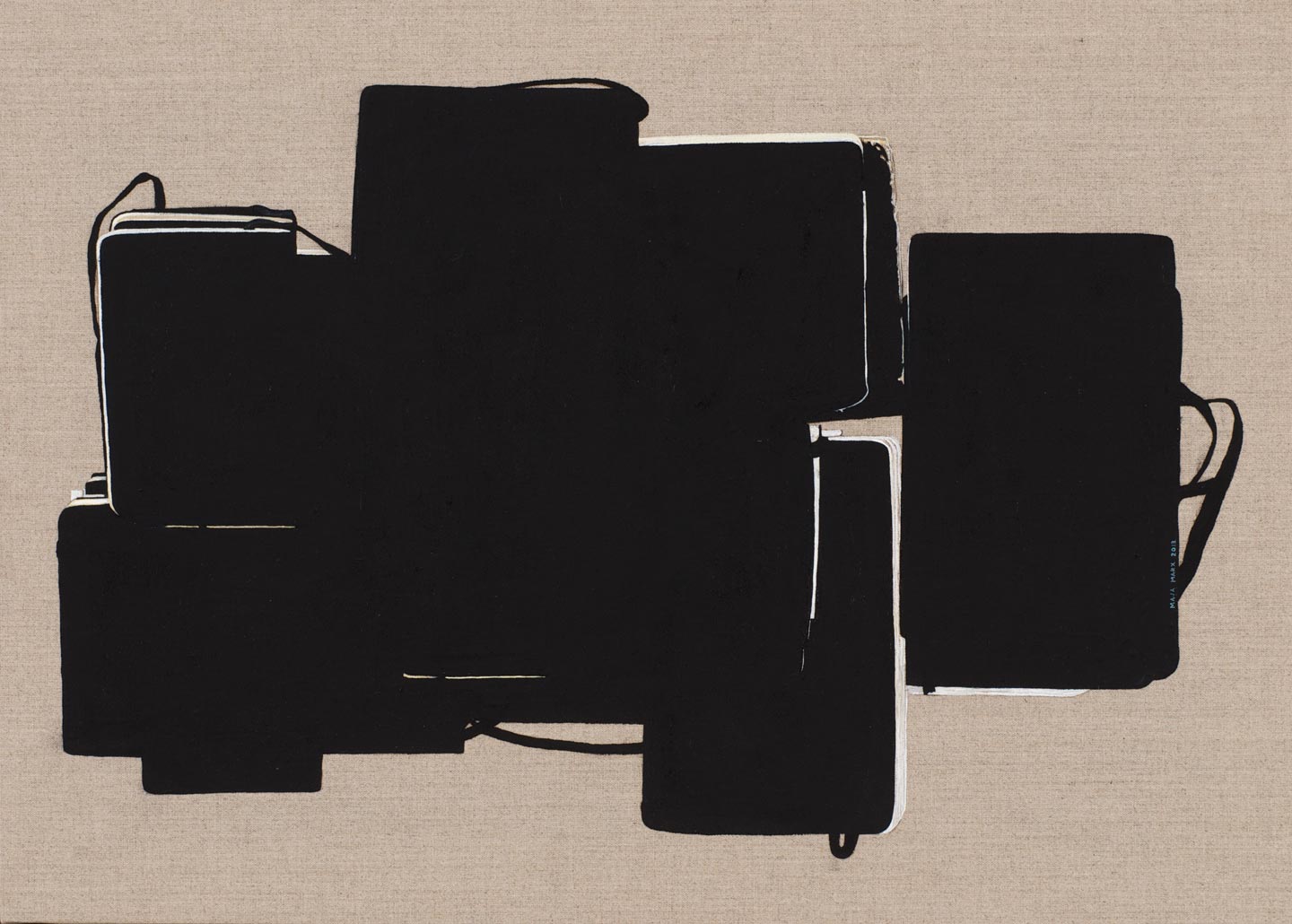 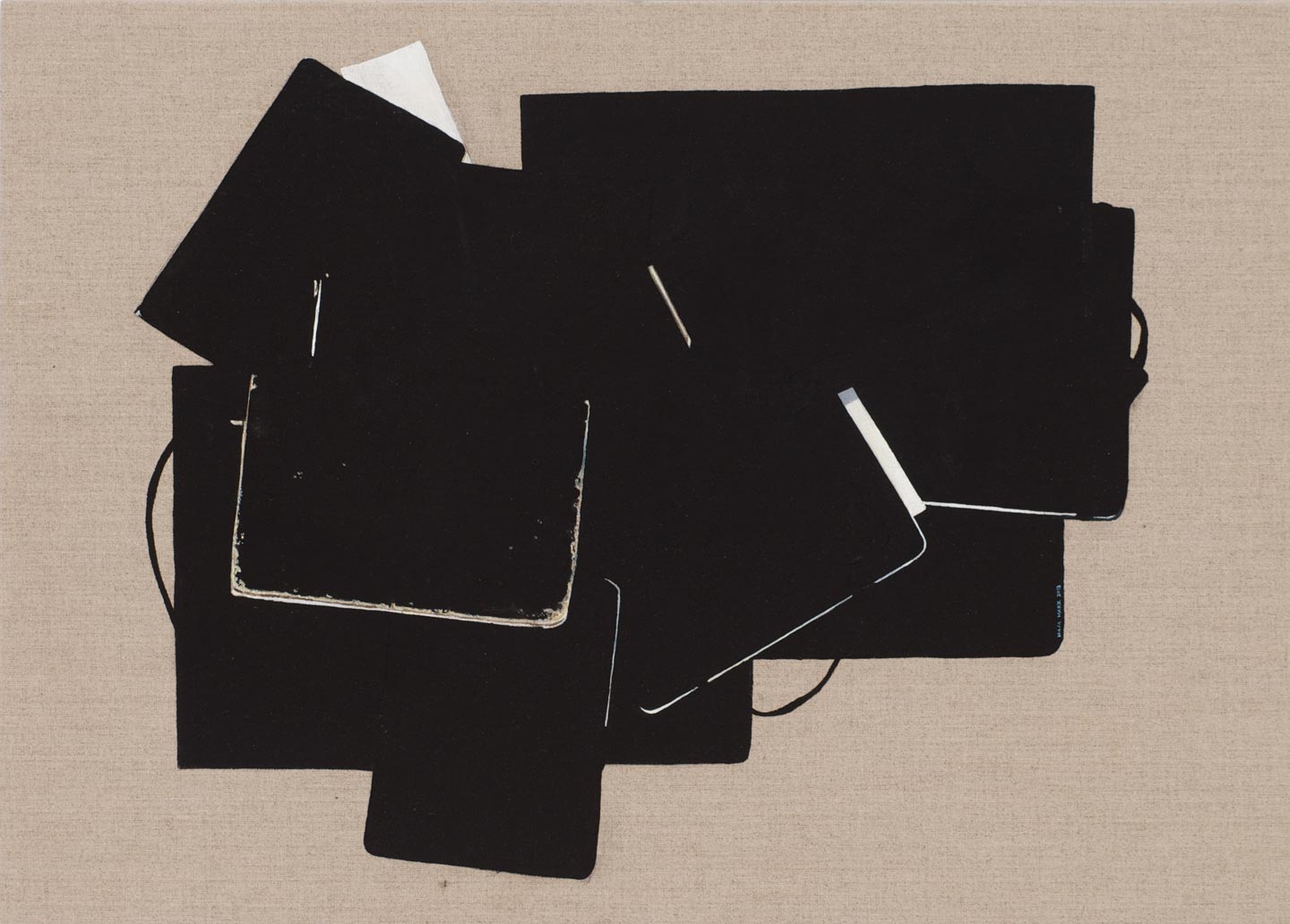 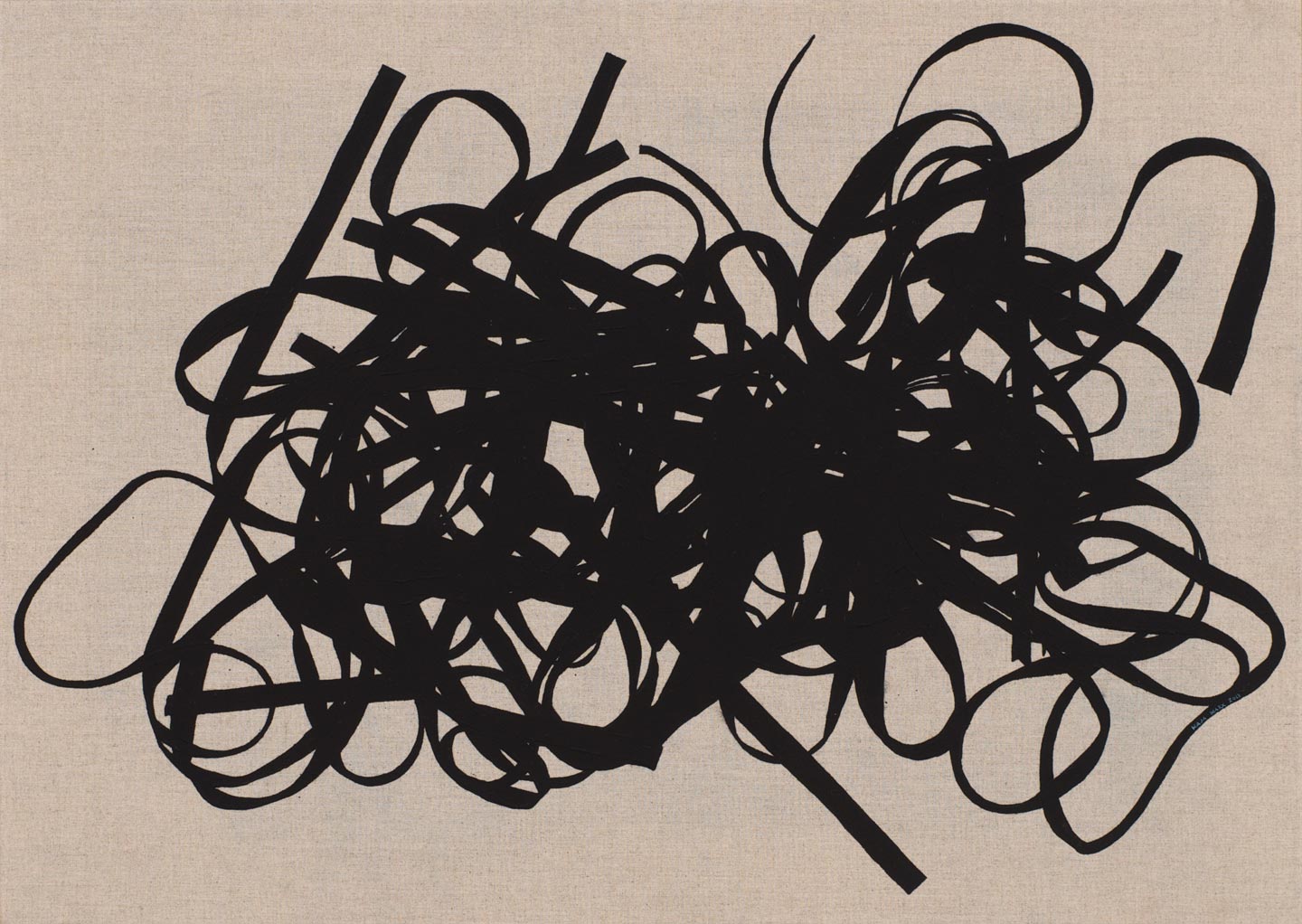 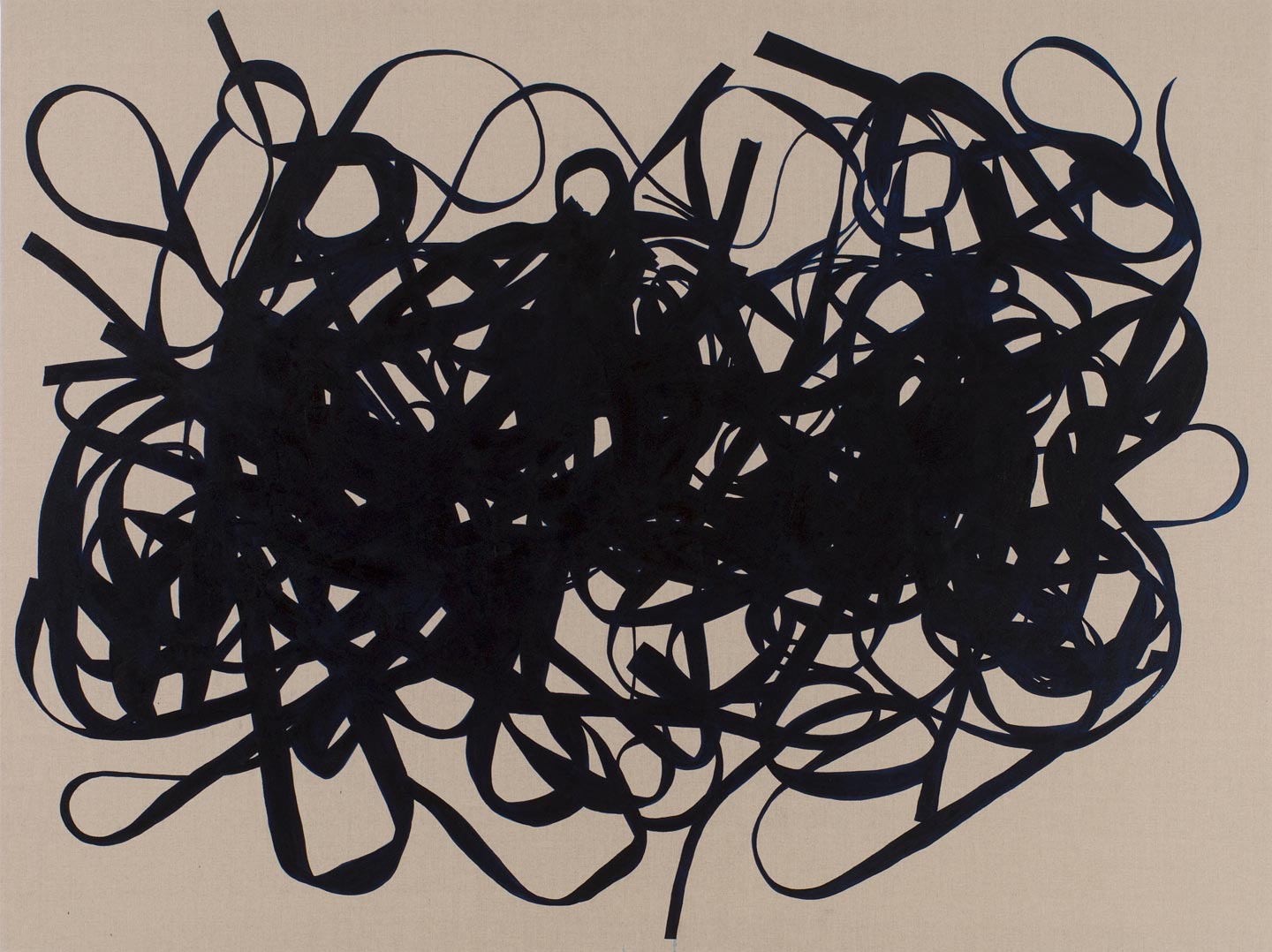 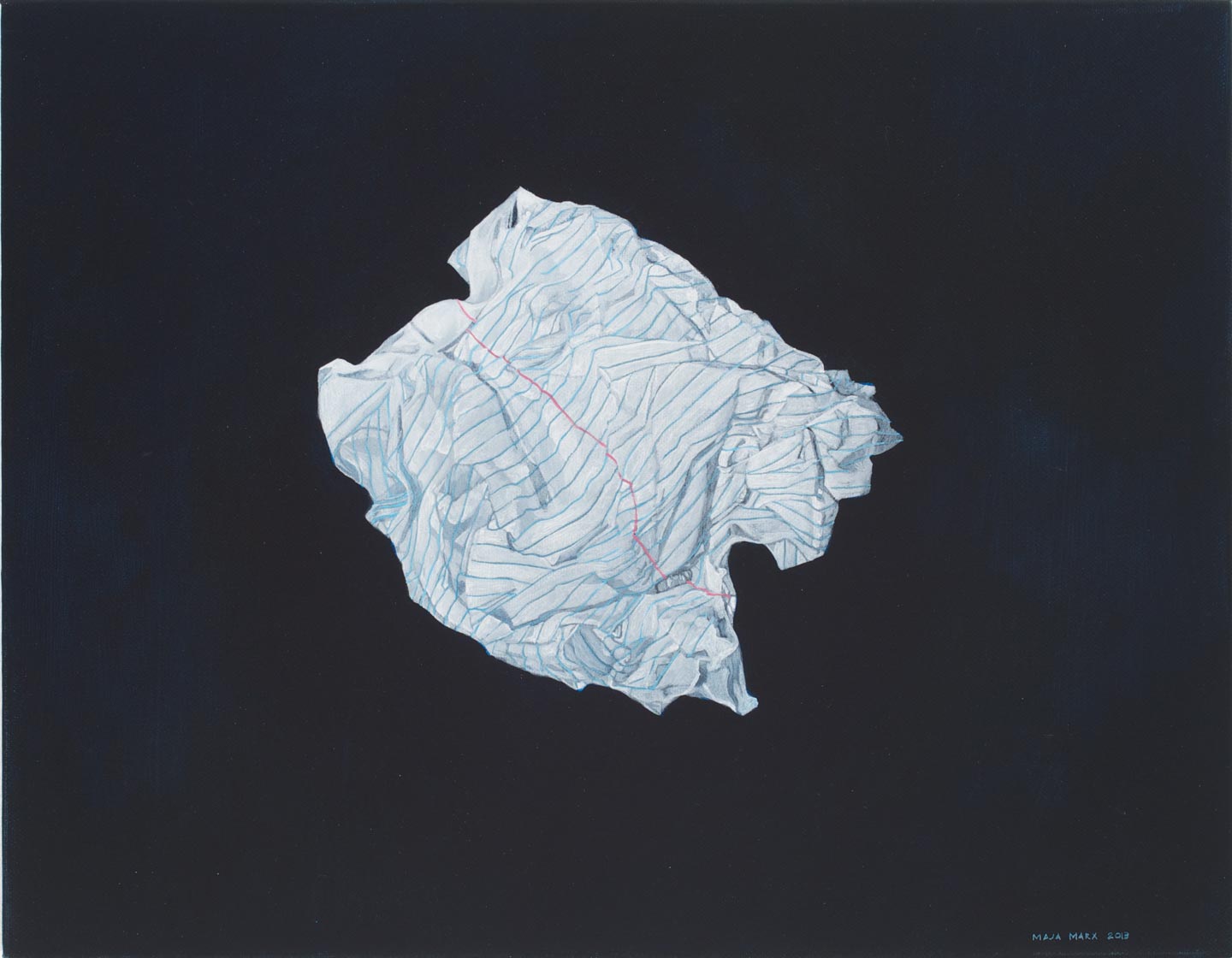 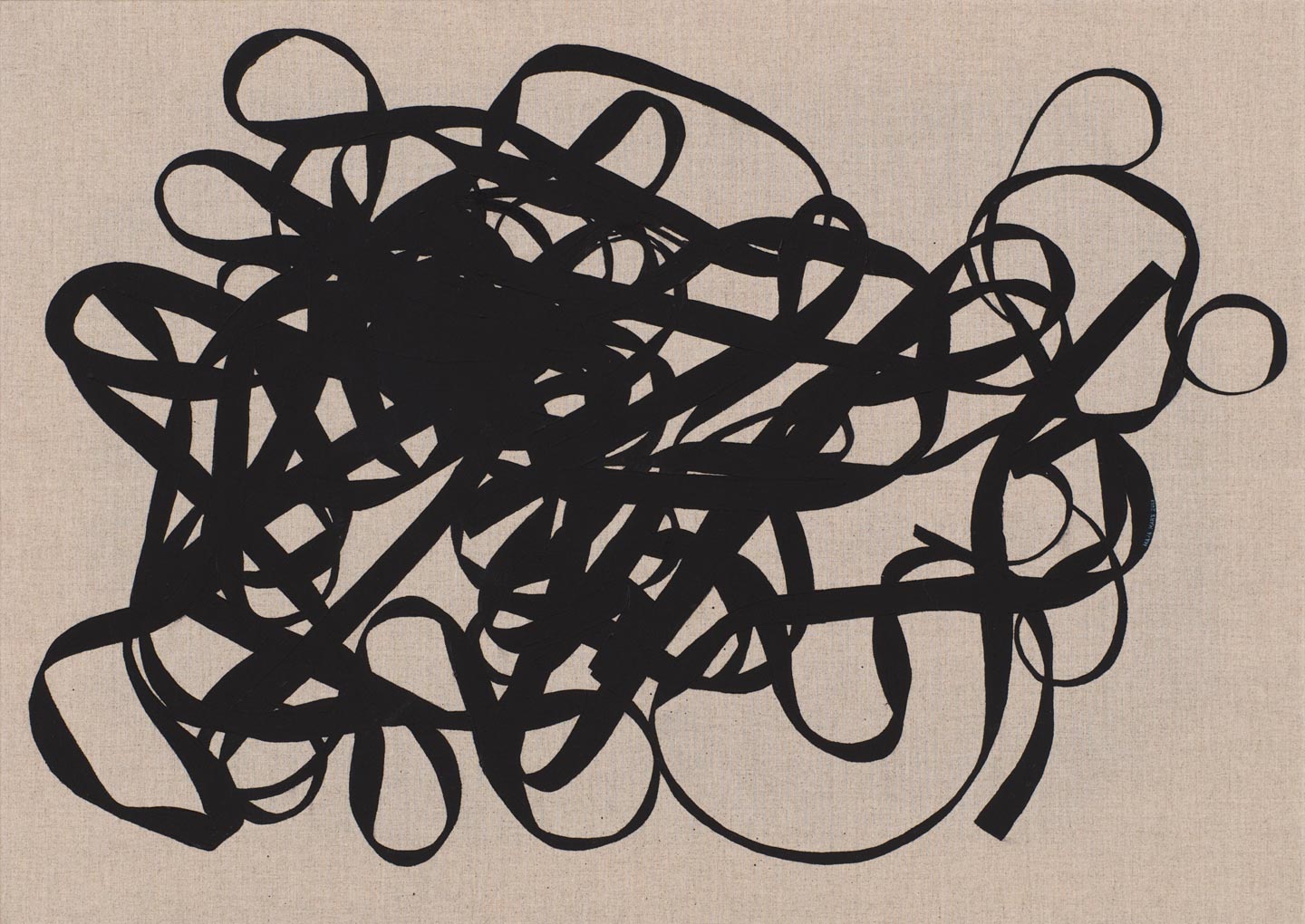 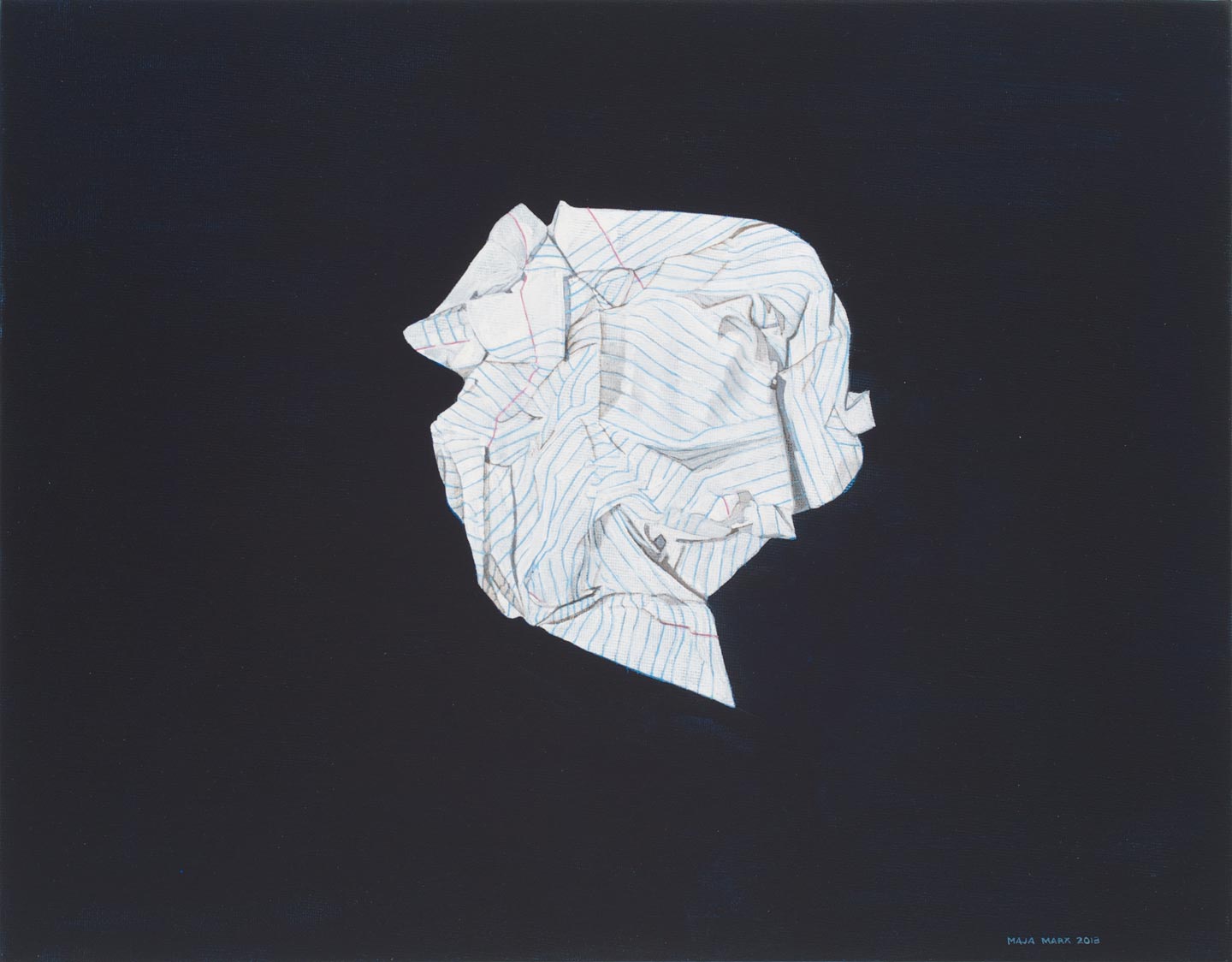 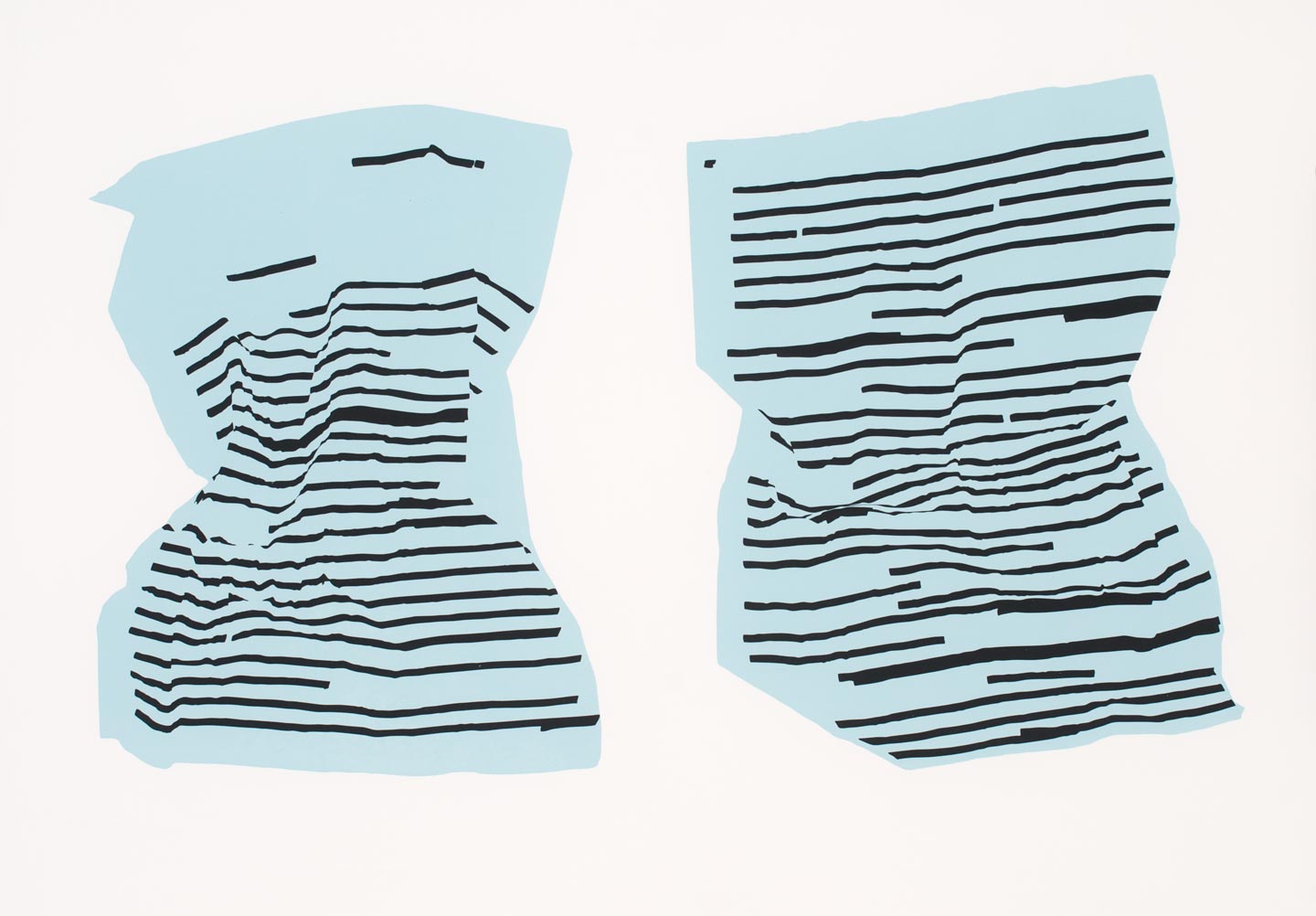 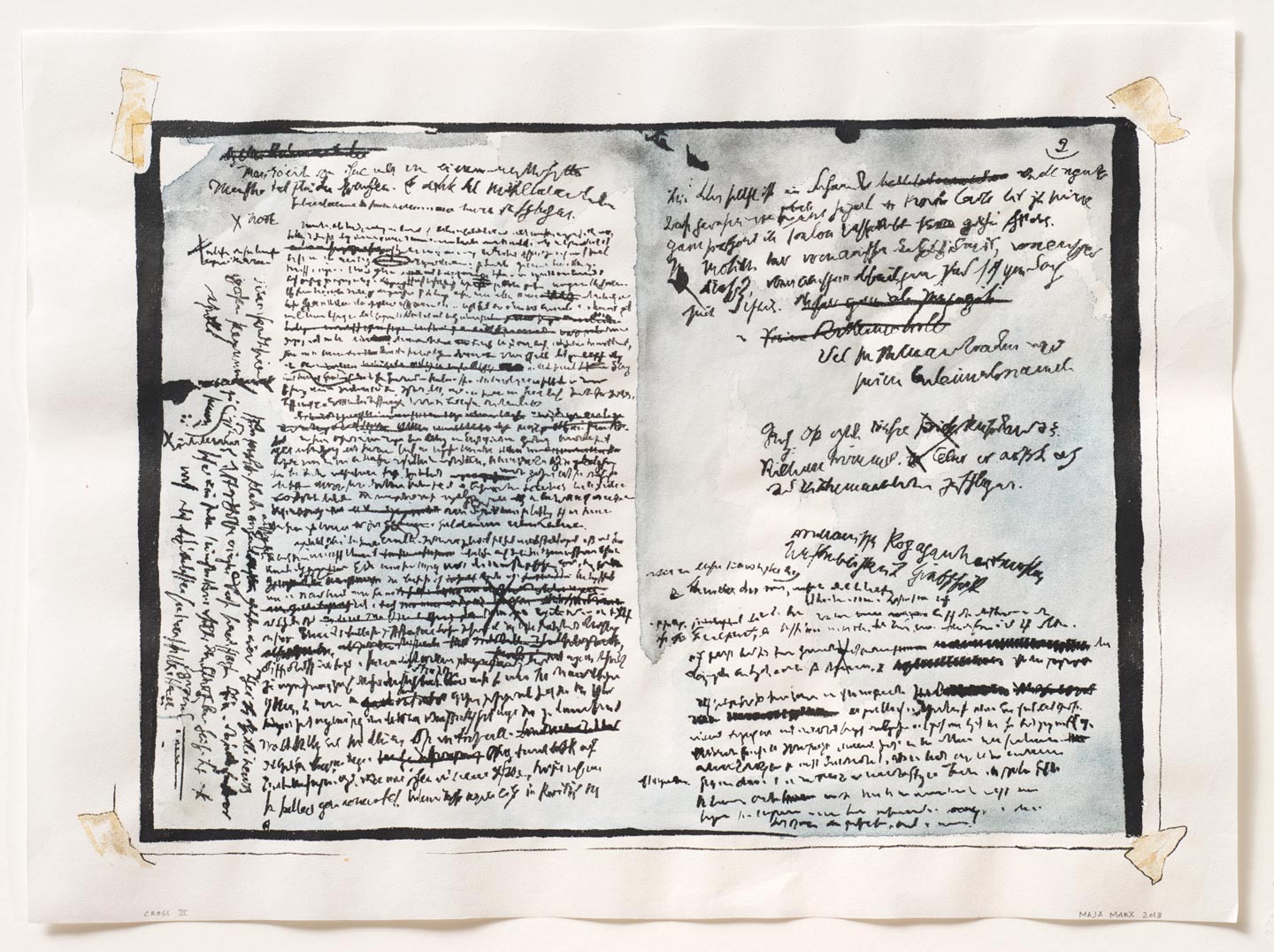 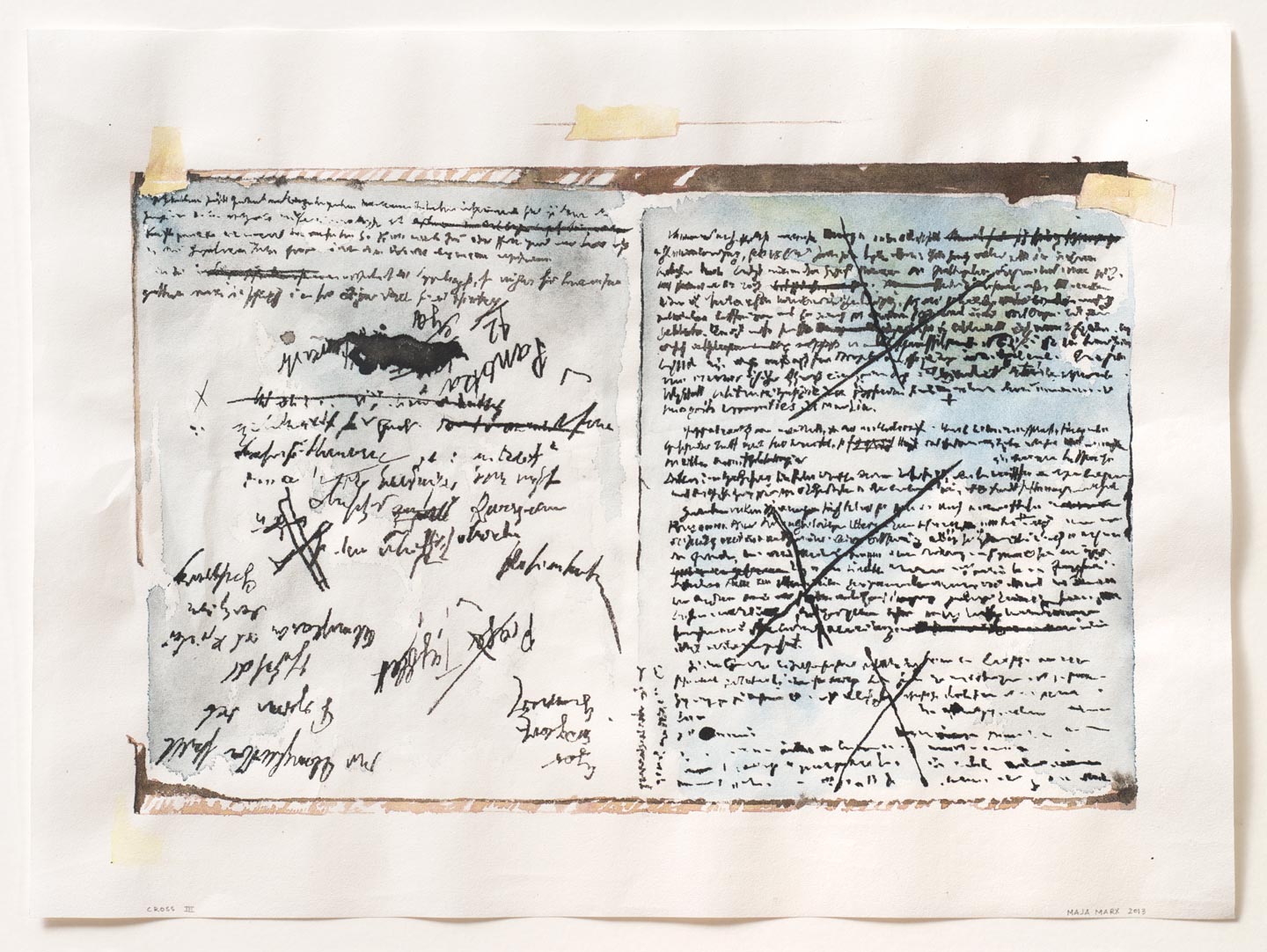 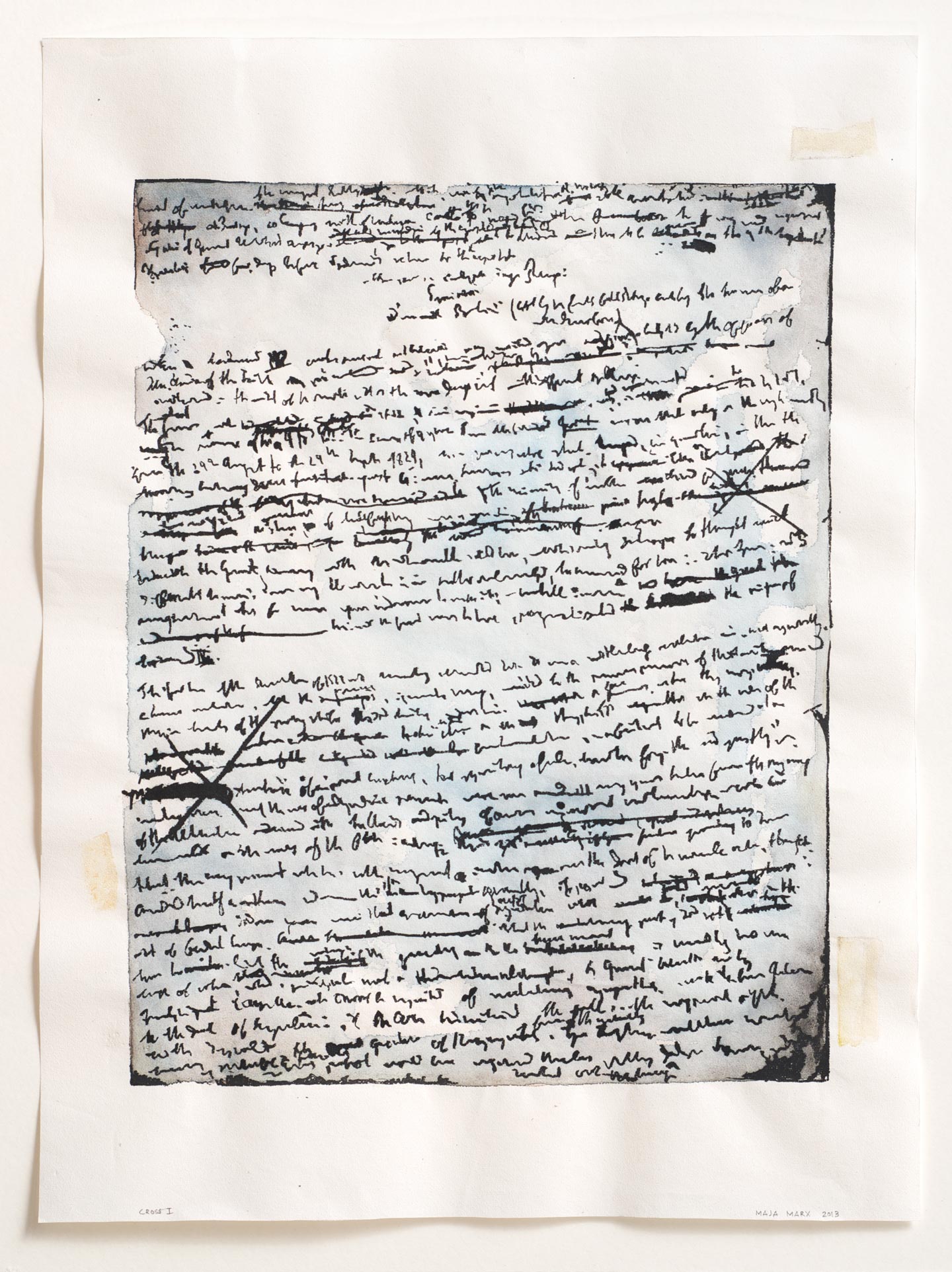 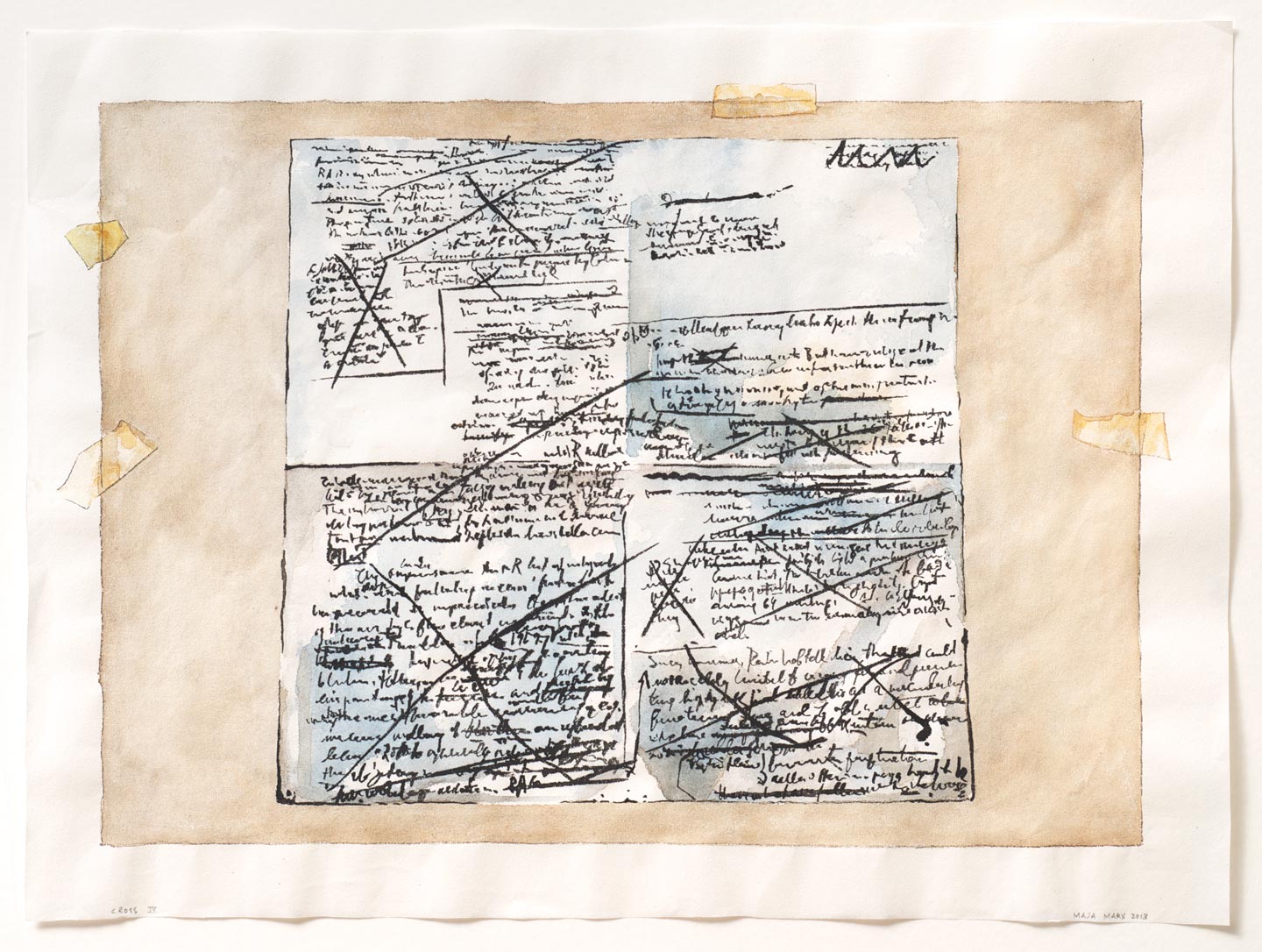 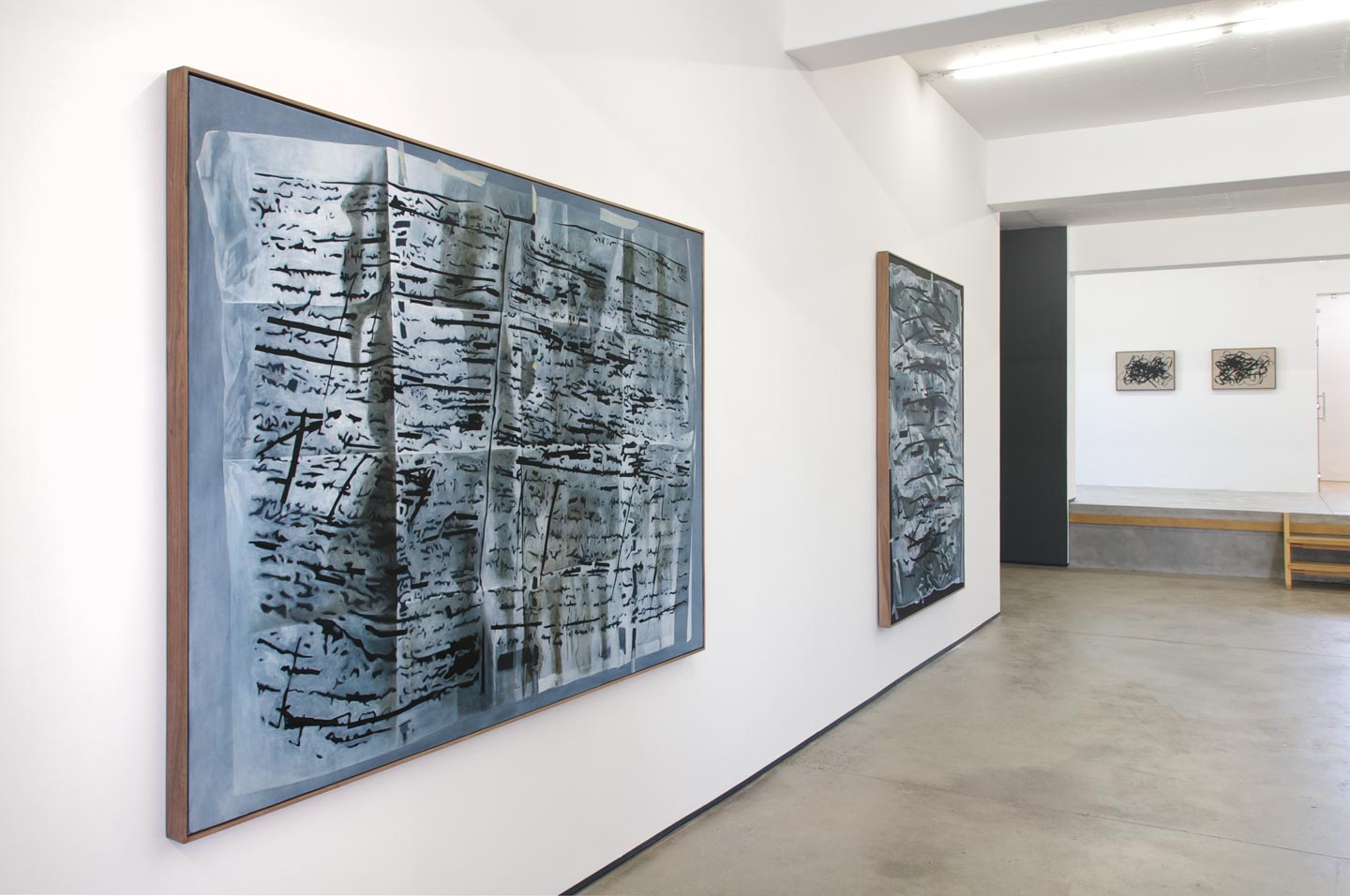 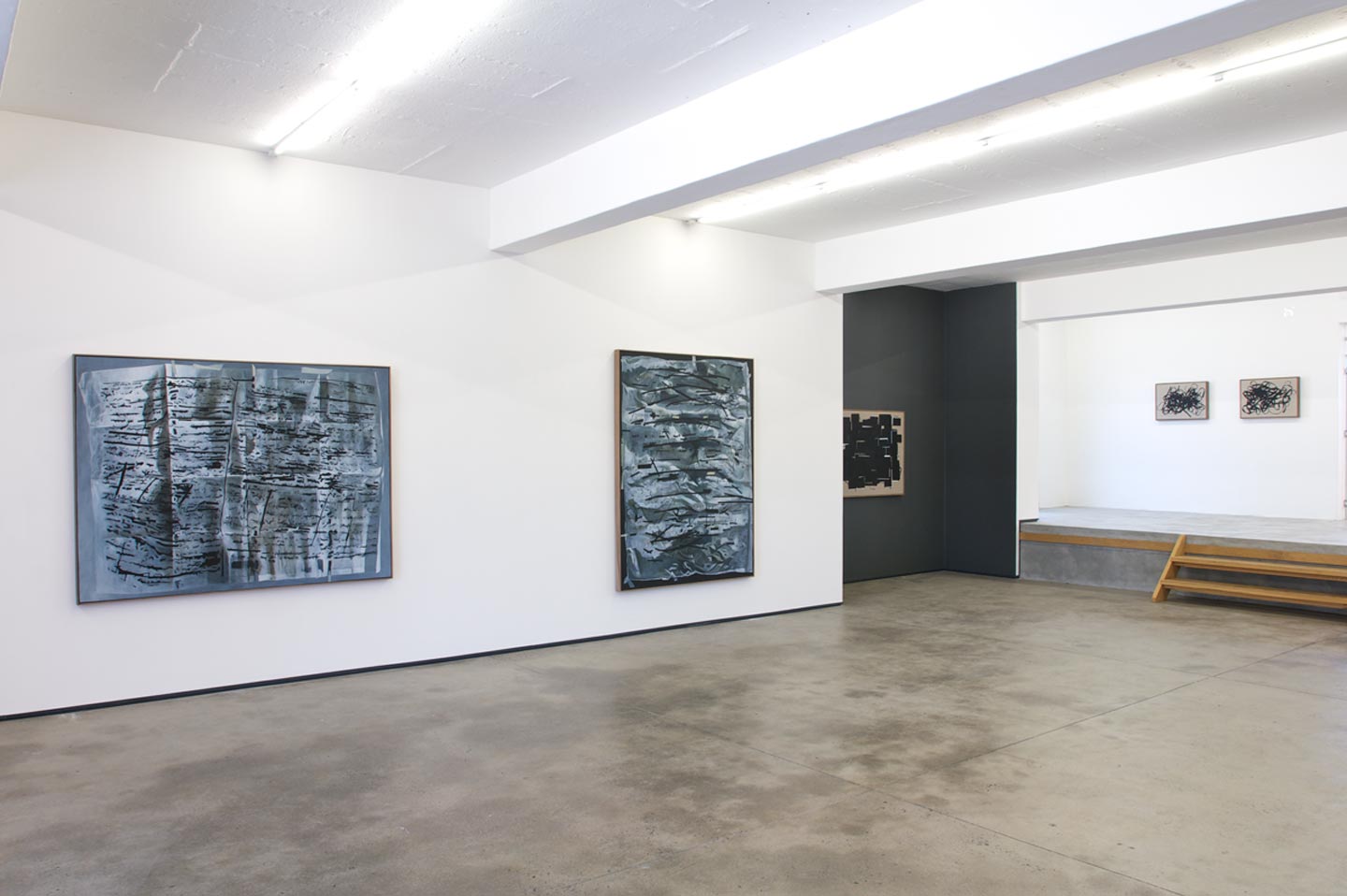 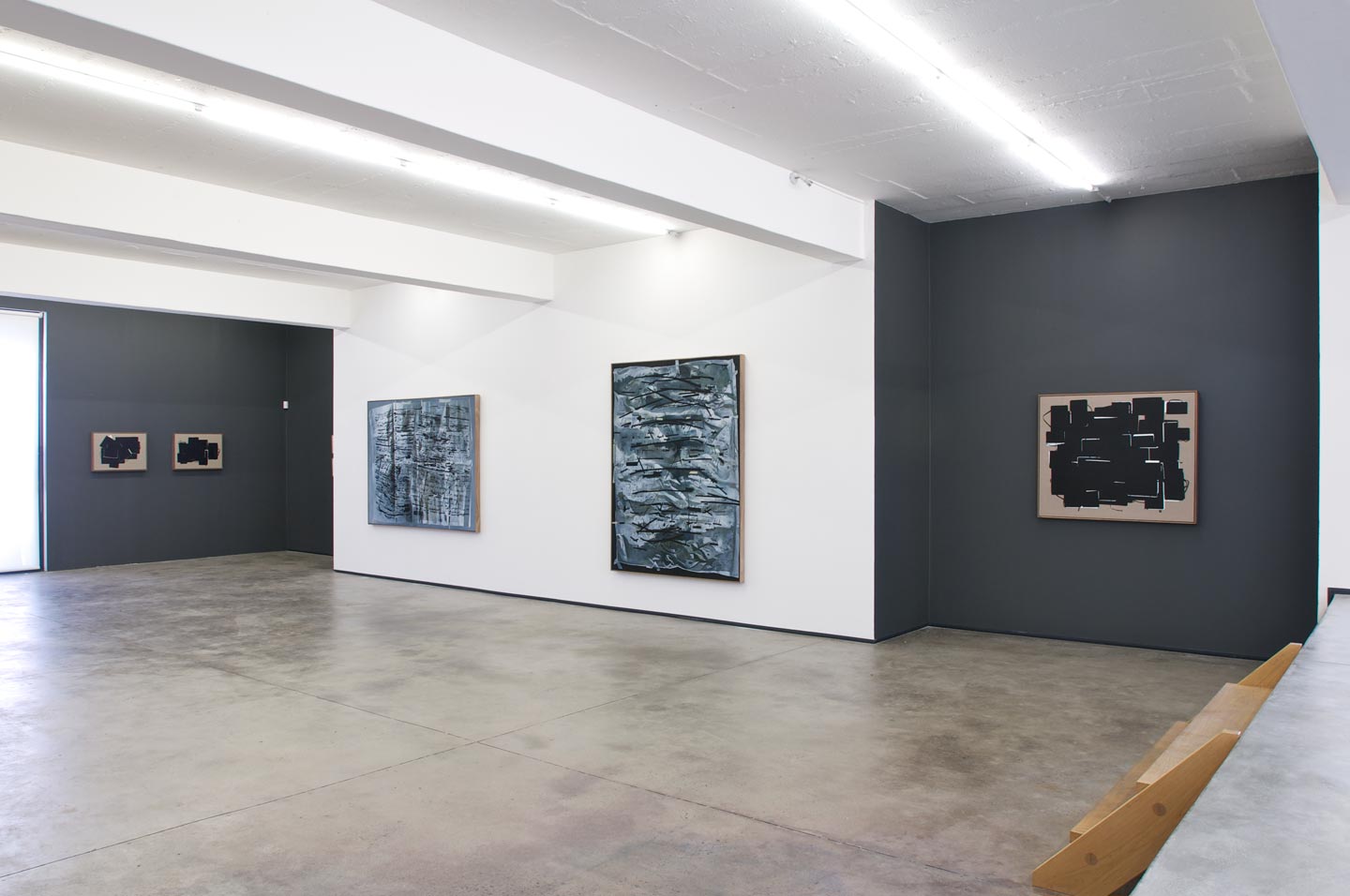 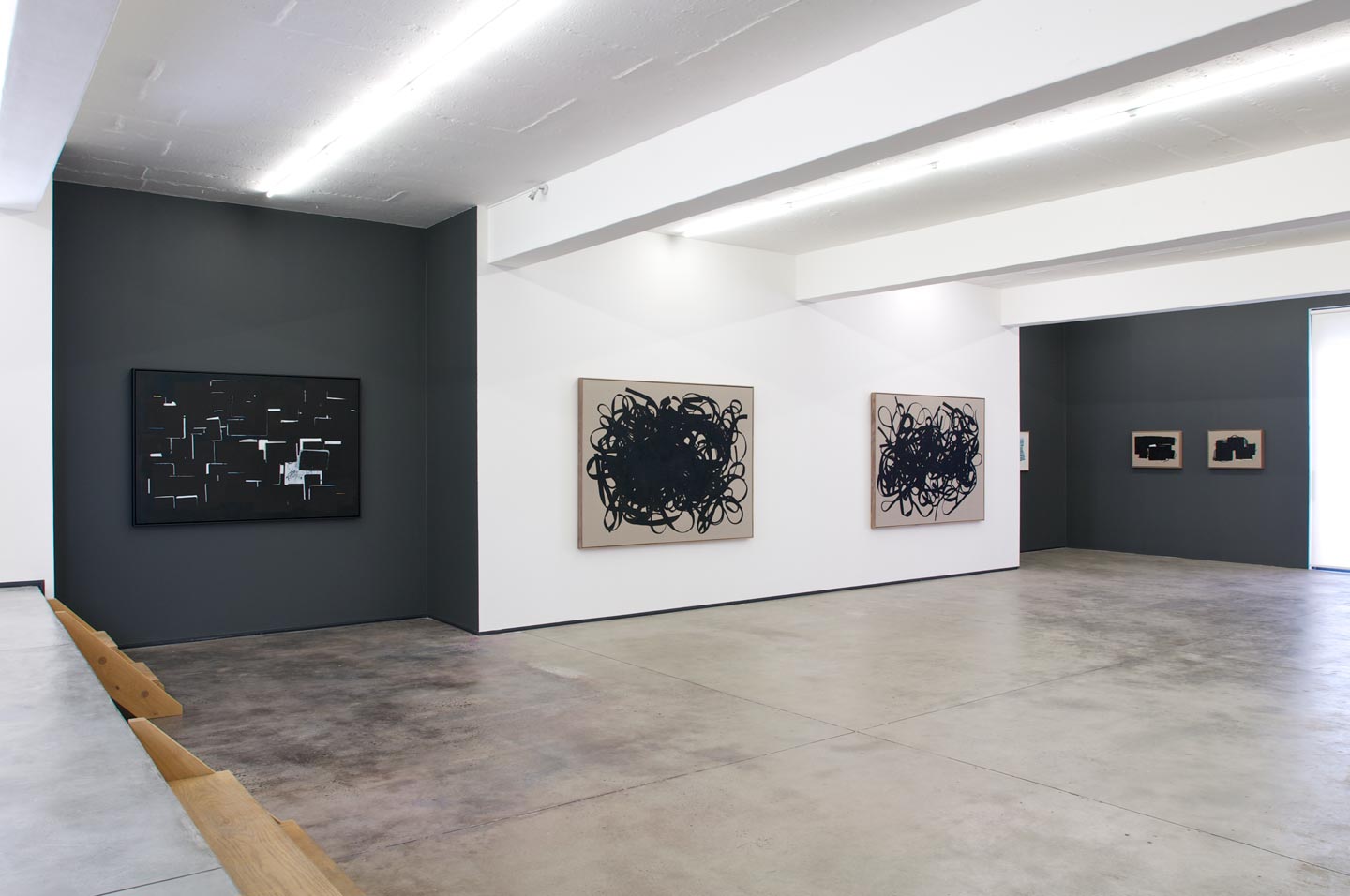 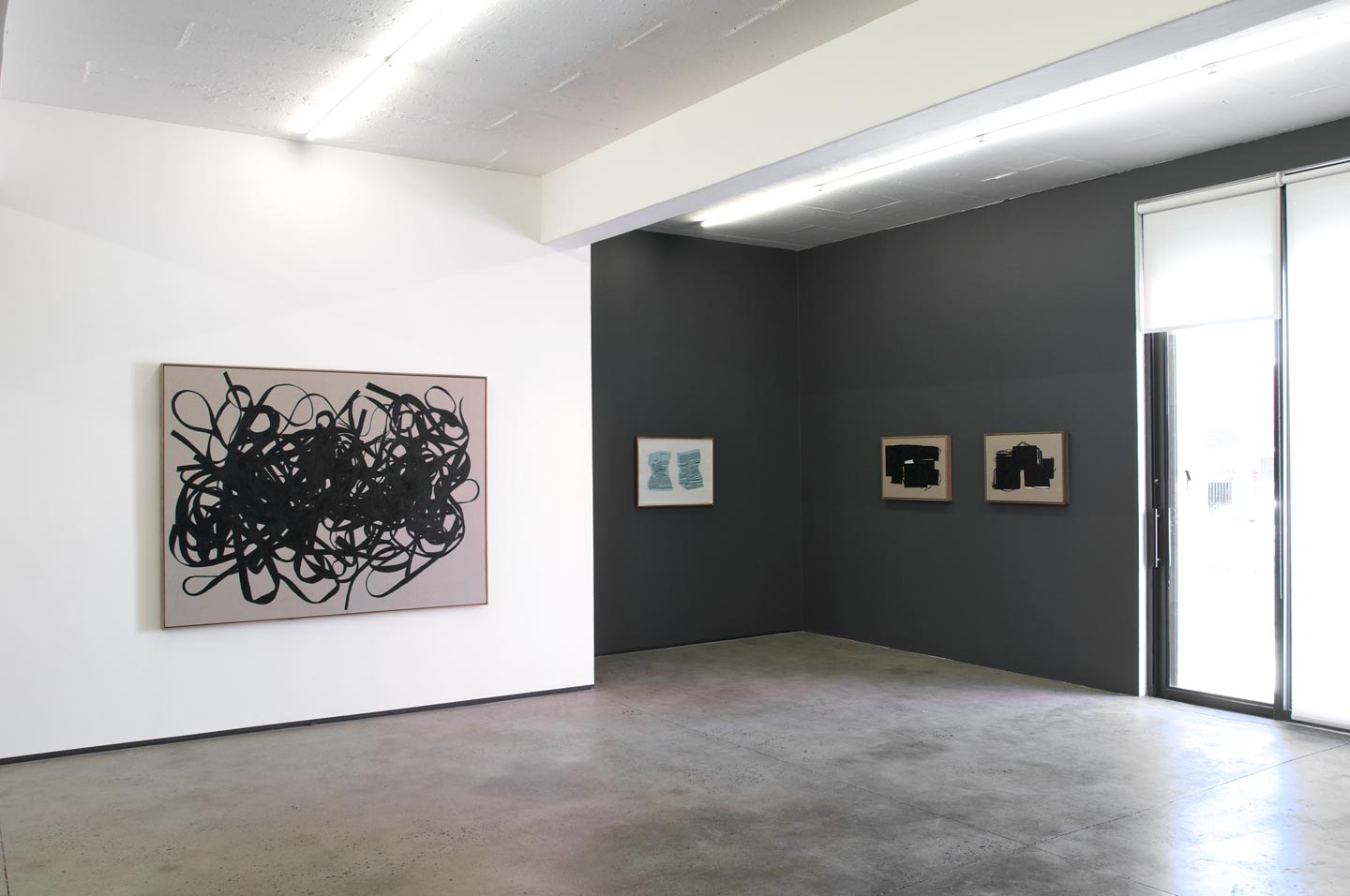 Maja Marx’s solo exhibition, BLOCK, is a series of rich, evocative paintings that draw on the capacity that mark making has to construct and carry meaning. The mark can take the form of hand-writing, calligraphy, self-correction, note to self, act of erasure or censure, of the painterly gesture or pictorial illusionism – all acts of surface intervention that are explored using the surface oriented medium of painting. Marx’s signature minimalist, analytic approach seizes on the simplicity of the mark making process in order to access the abstractions, intangibilities and the visual, as well as subjective immensities, to which the mark acts as vehicle or anchor.

The Cross Series collects notes from a selection of thinkers, with the common theme of self-correction; in all the notes writing has been crossed or blocked out. In these acts of self-correction a dialogue is revealed between the writer’s intent and the process of writing. When Marx repaints these notes, she enters into this dialogue by carefully negotiating the relationship between transcribing the calligraphic marks of the original and the now painterly marks of her medium. The literal content of these notes is lost in translation – instead meaning is found in gestures, the act and marks of writing that are quoted, and the marks used to paint these. Within this process mark making proliferates, as each process brings with it its own sets of marks, as the reference image gets folded, or stuck onto a wall, or crumpled, Marx carefully records these, painting the topographies that envelops the type, marking the blunt lines of masking tape that hold the reference image together.

In the Block Series of paintings, the iconic image of black notebooks tiles the surface of the painting. The books are positioned face down and are signified in the simplest of terms – a black block – with gentle, calligraphic lines created by the ribbon and elastic that would hold the books closed. Evocative of the marks used in acts of censure, these riveting abstract compositions withhold their content, with only shimmering white outlines, where paper protrudes beyond the confines of the book’s cover, revealing the enticing promise of its content.

Carbon (I and II) and Longhand (I and II) are graphic swirls of seemingly calligraphic lines that simultaneously appear to be in the process of arranging itself into ornate word forms and to be in the act of crossing itself out (of negating its meaning). The lines can be read as either two-dimensional calligraphic lines, or as three-dimensional ribbons. As a result two depths confront each other in the darks swirls of the work – the perspectival illusionism of the realistic depiction, or the rich abysmal space that lies within the flatness of the graphic image. These swirls are calligraphic holes; dark ink wells from which text can proliferate and unravel, or silent depths into which the text can fall. Marx’s mark making operates somewhere between the promise and the secret, beyond the proliferation of mark making lies the promise of endless, encyclopedic meaning making. But within that same simple mark also lies the capacity to withhold, to block or obscure reading, to hold things secret. And these secrets, in their silence, speak volumes.