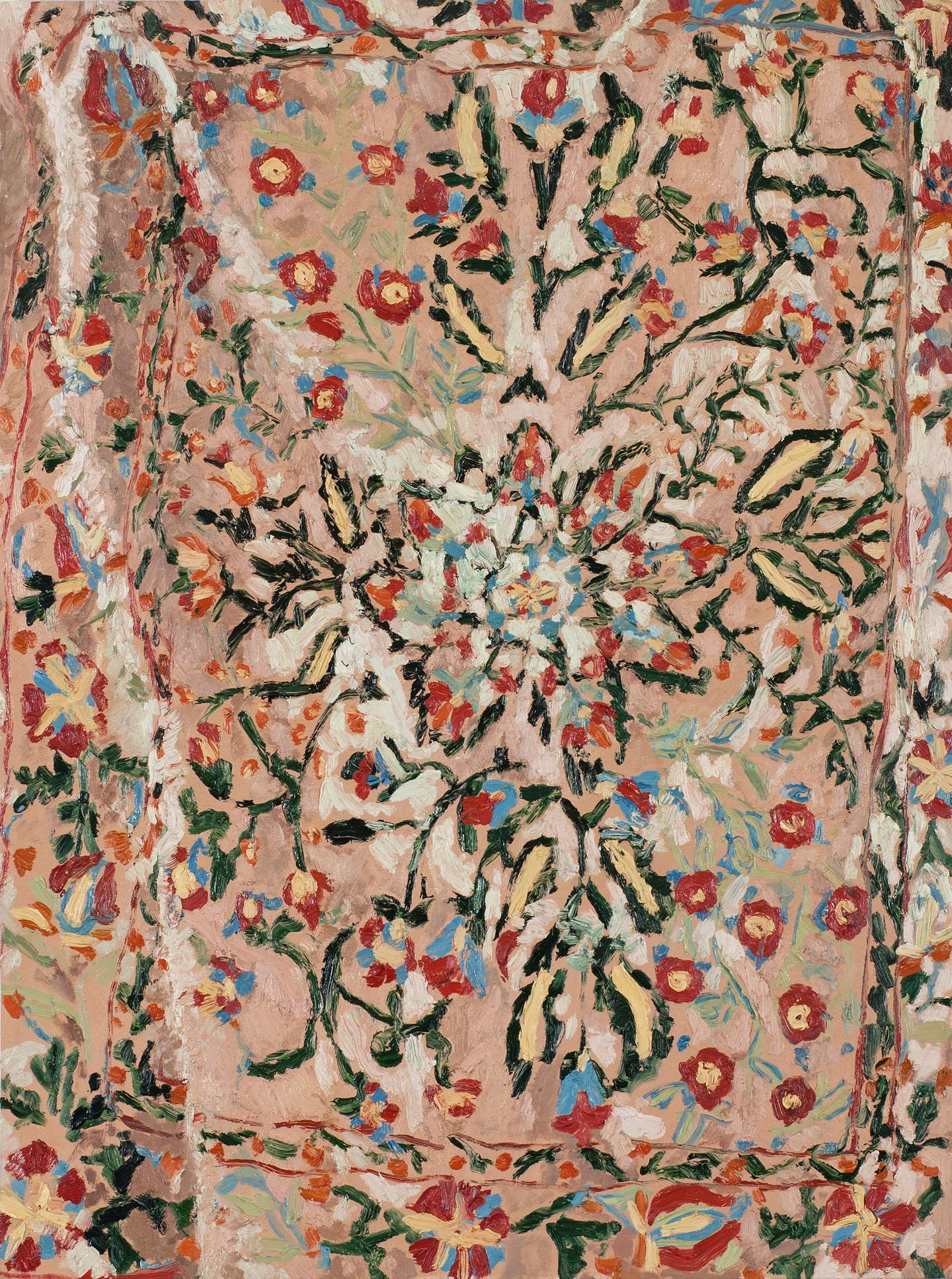 Your Flesh, My Blood 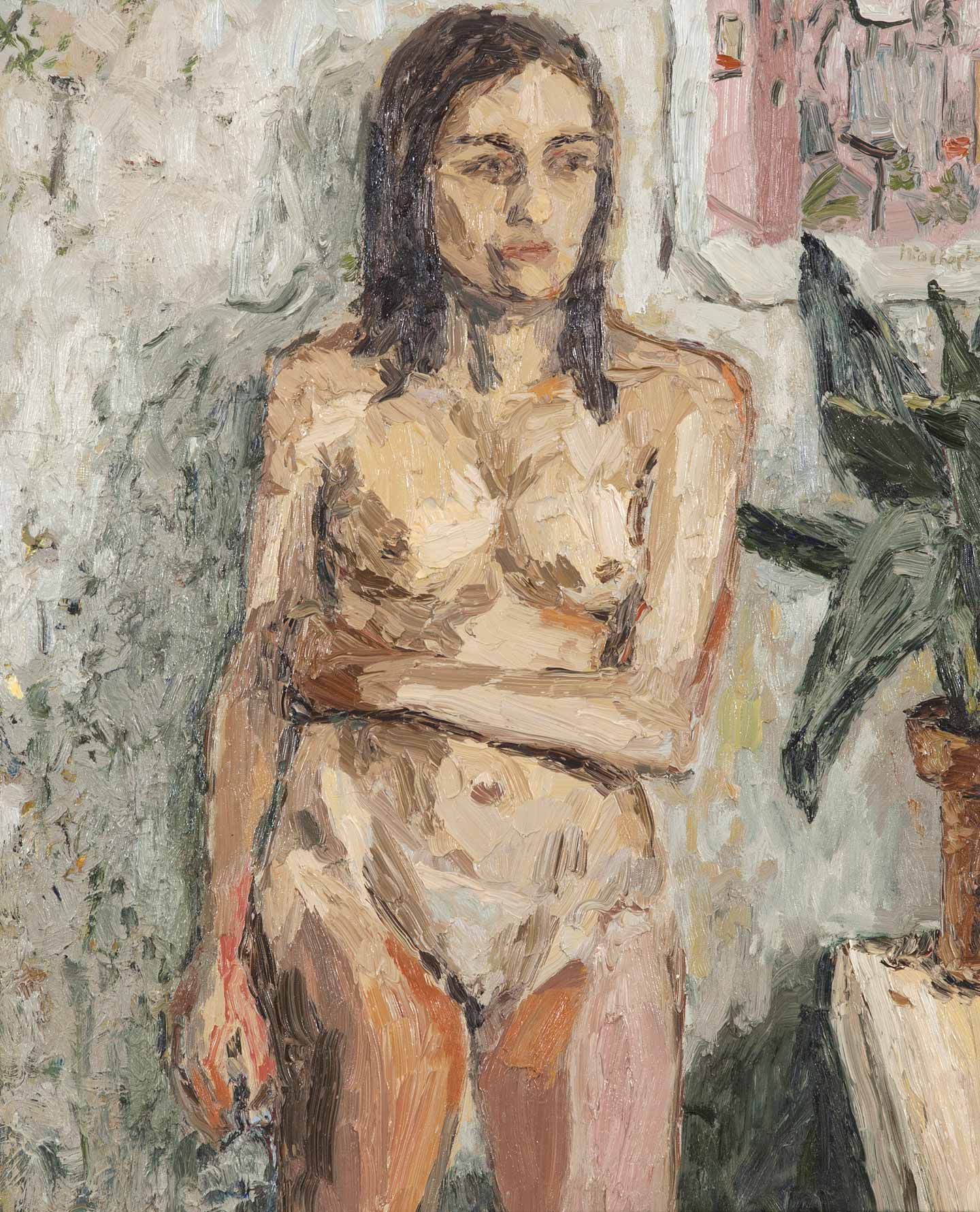 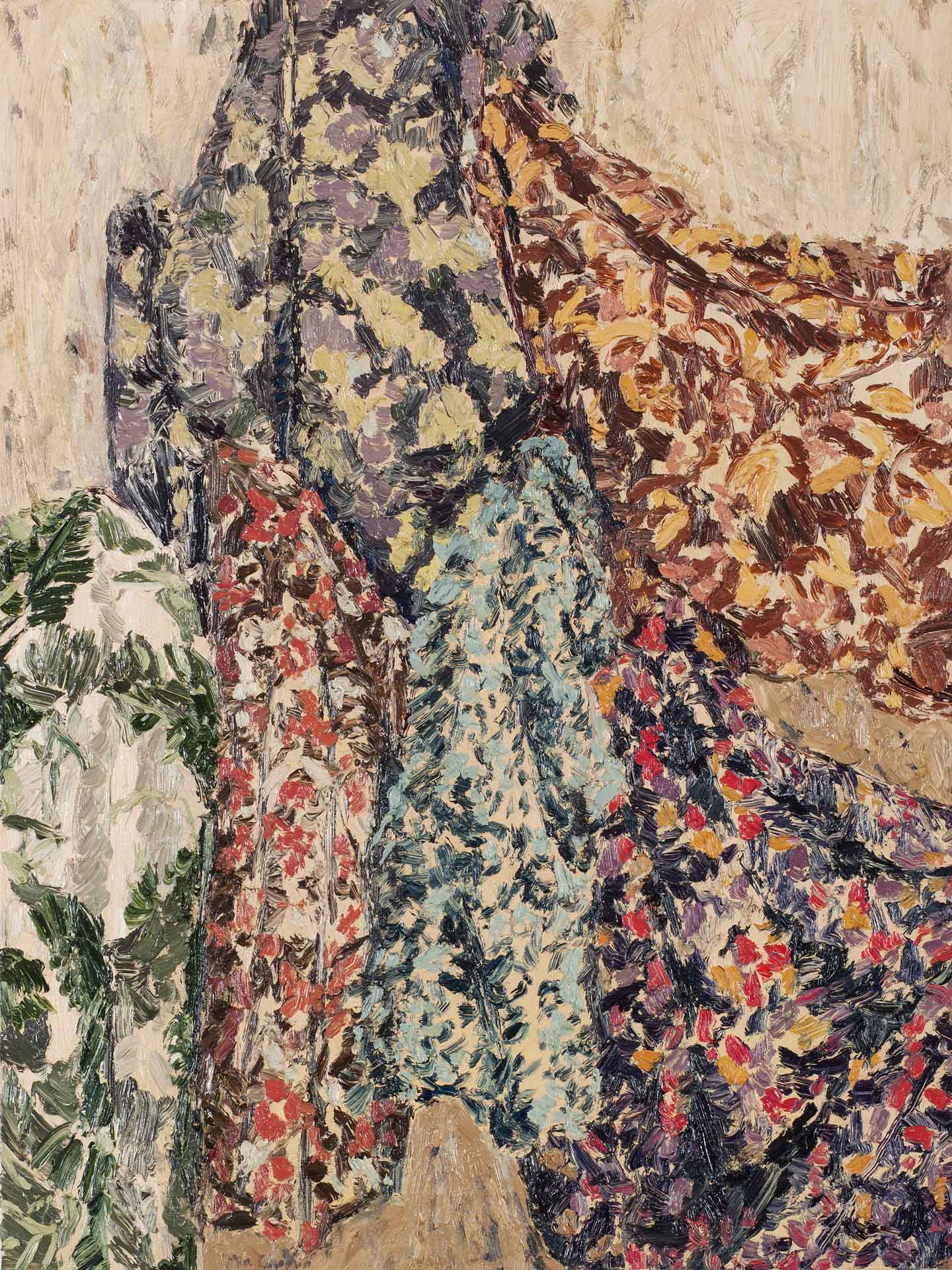 View From My Studio, Cape Town 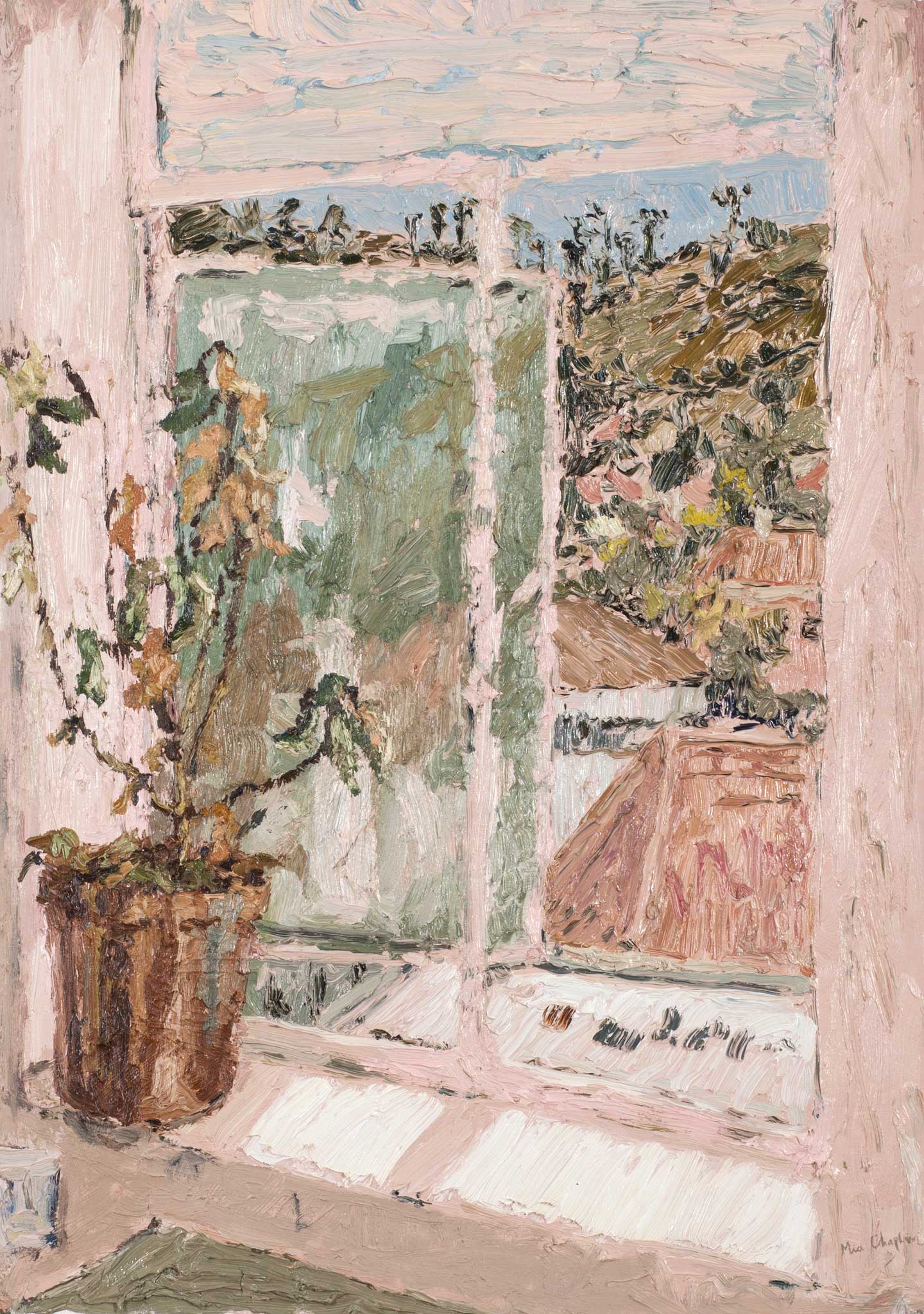 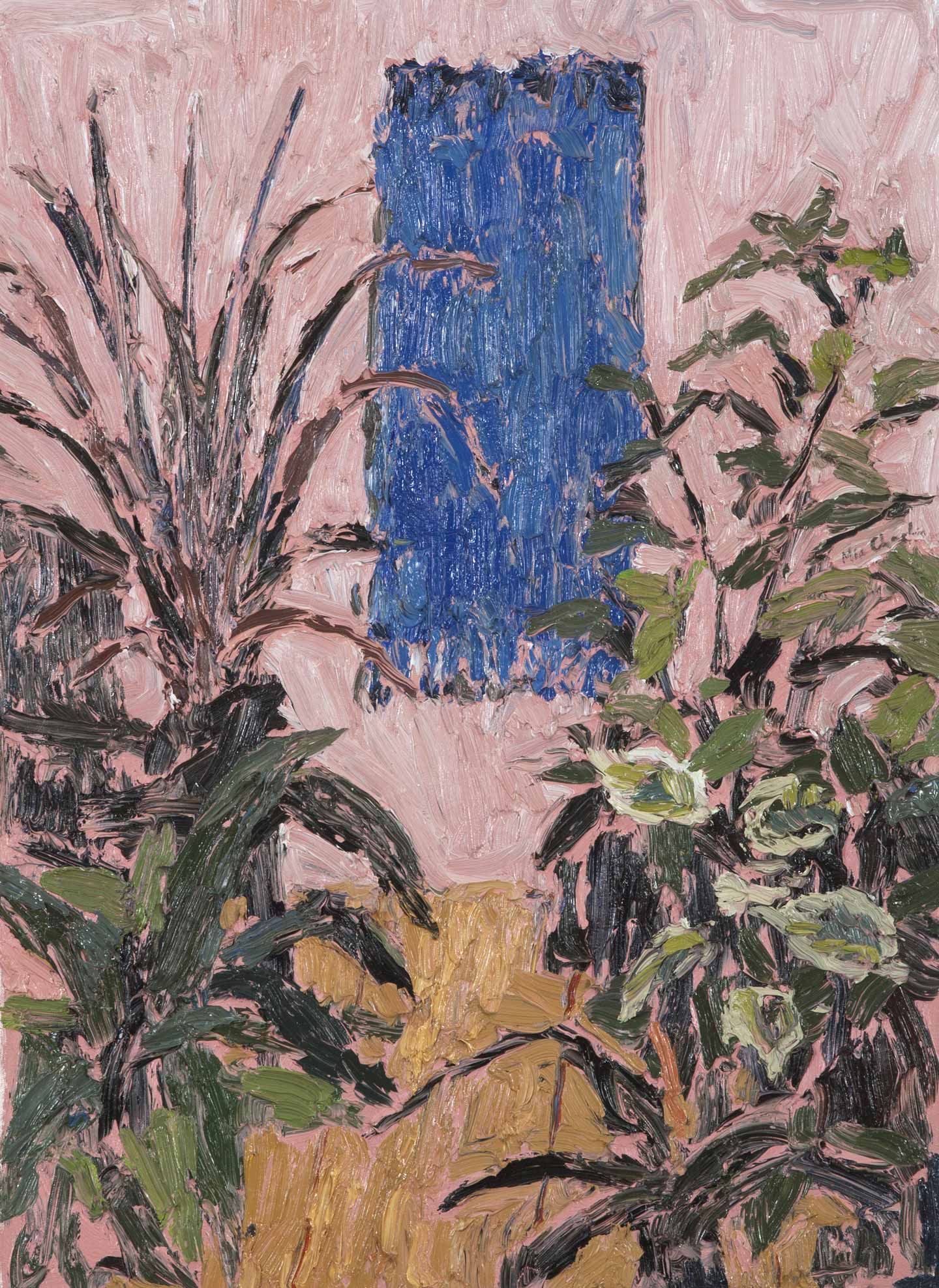 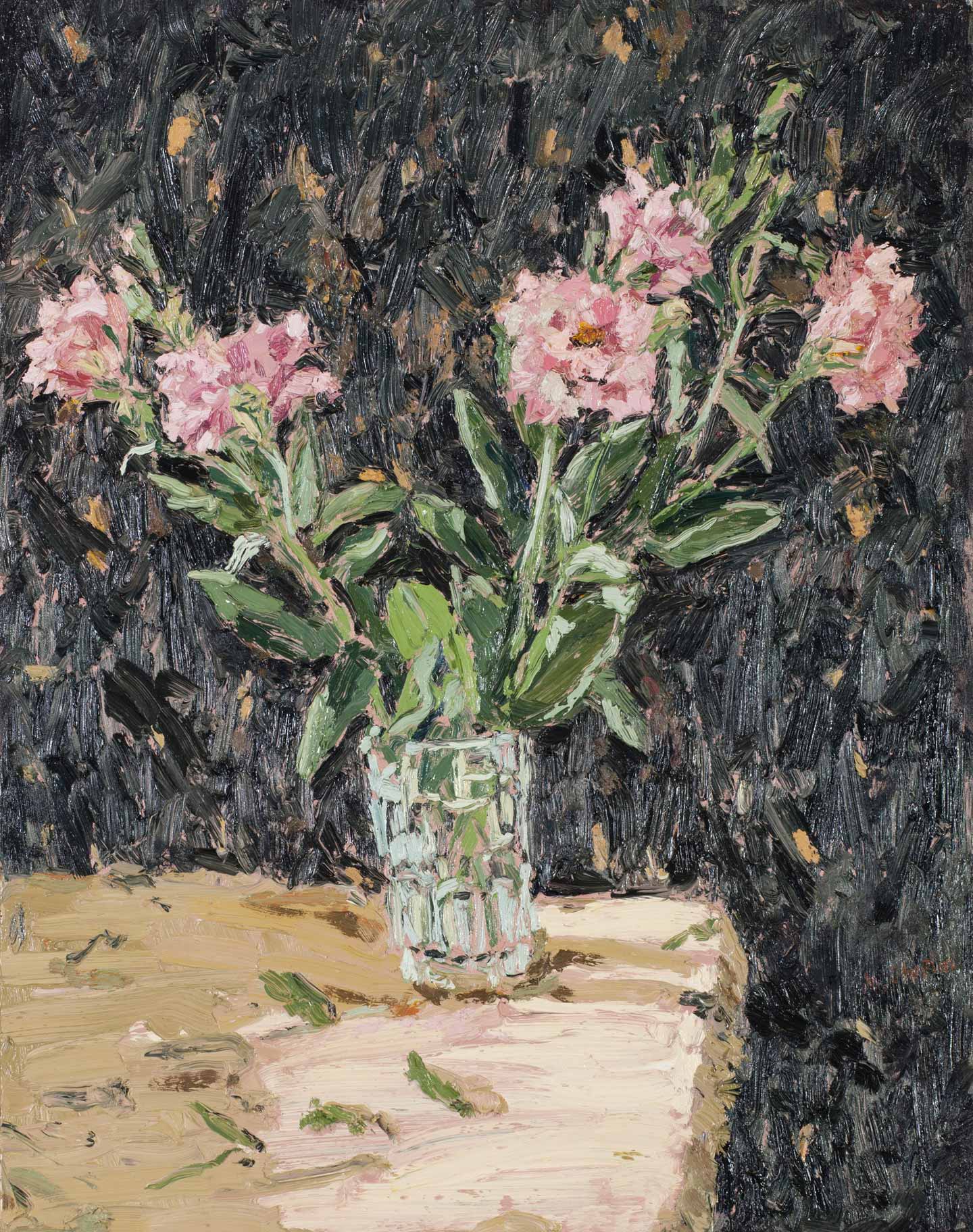 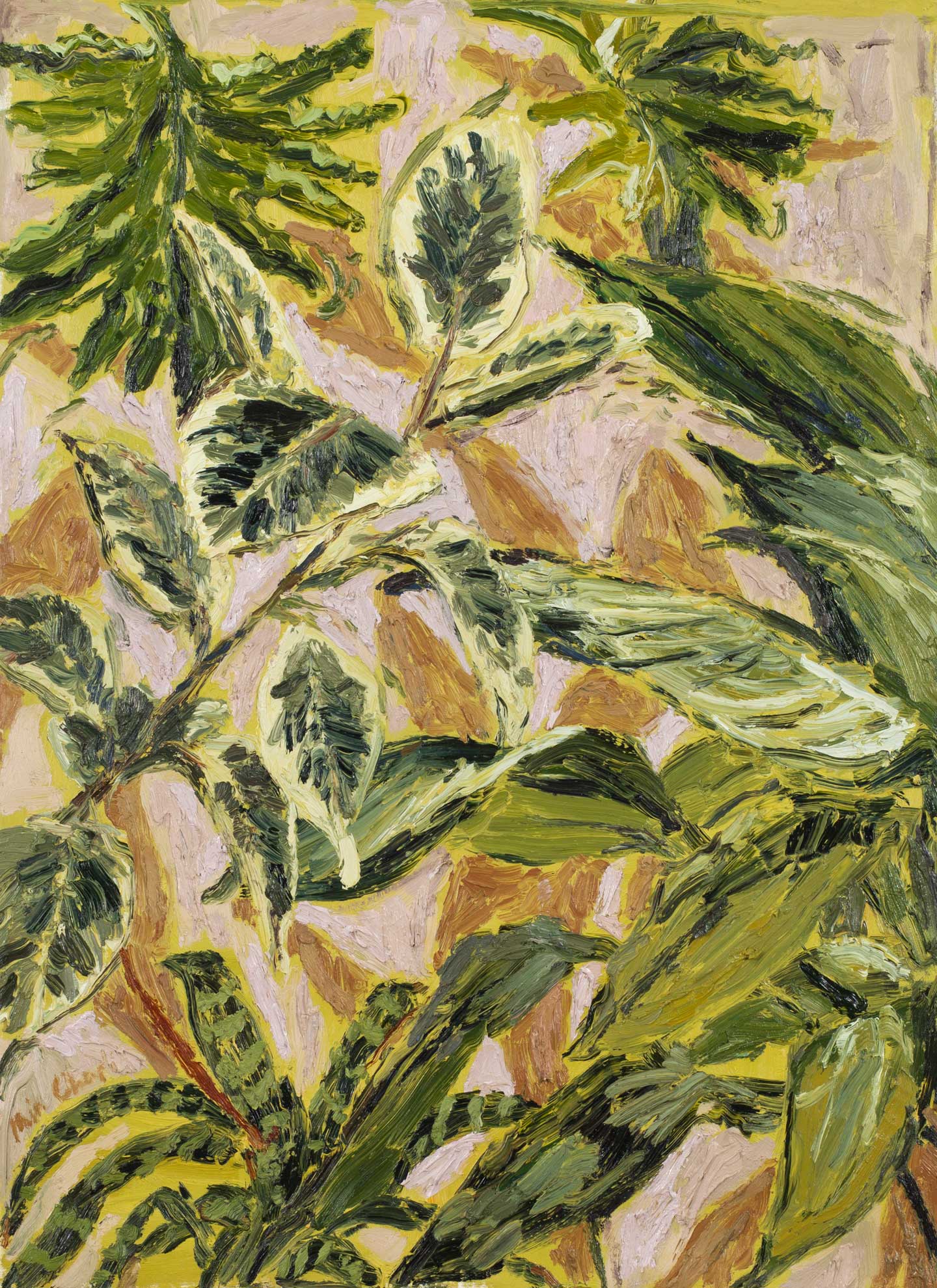 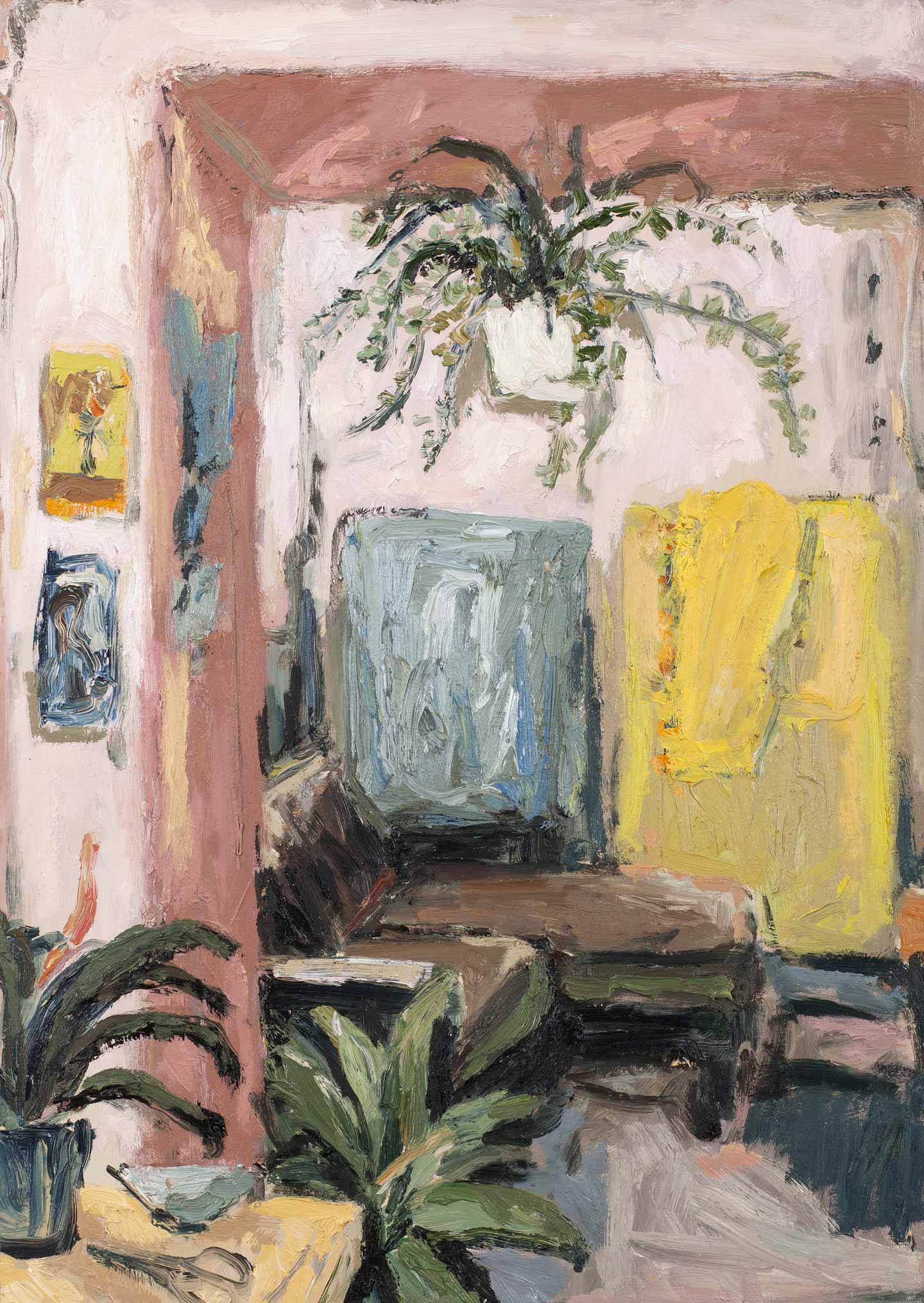 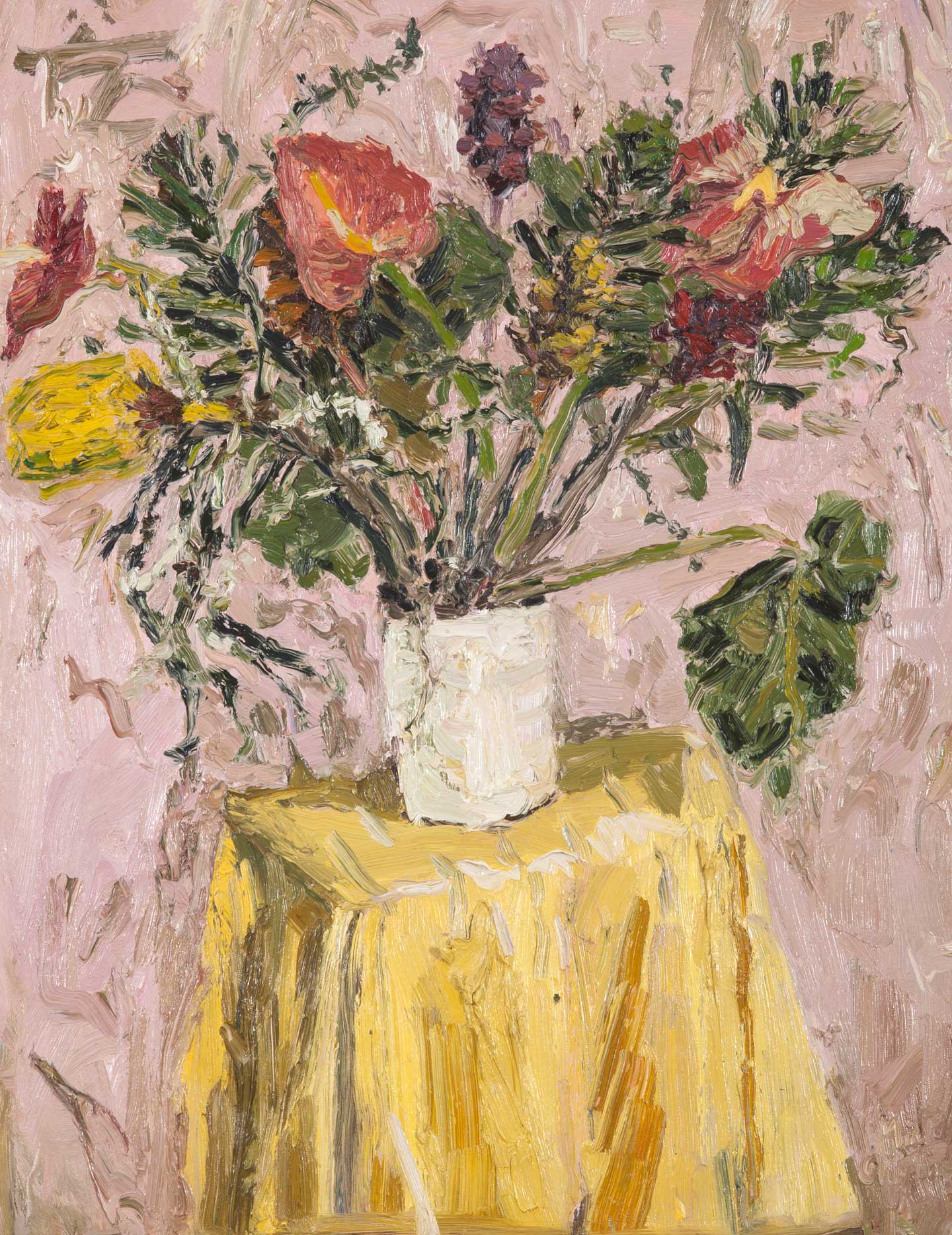 I Try to Remember Things 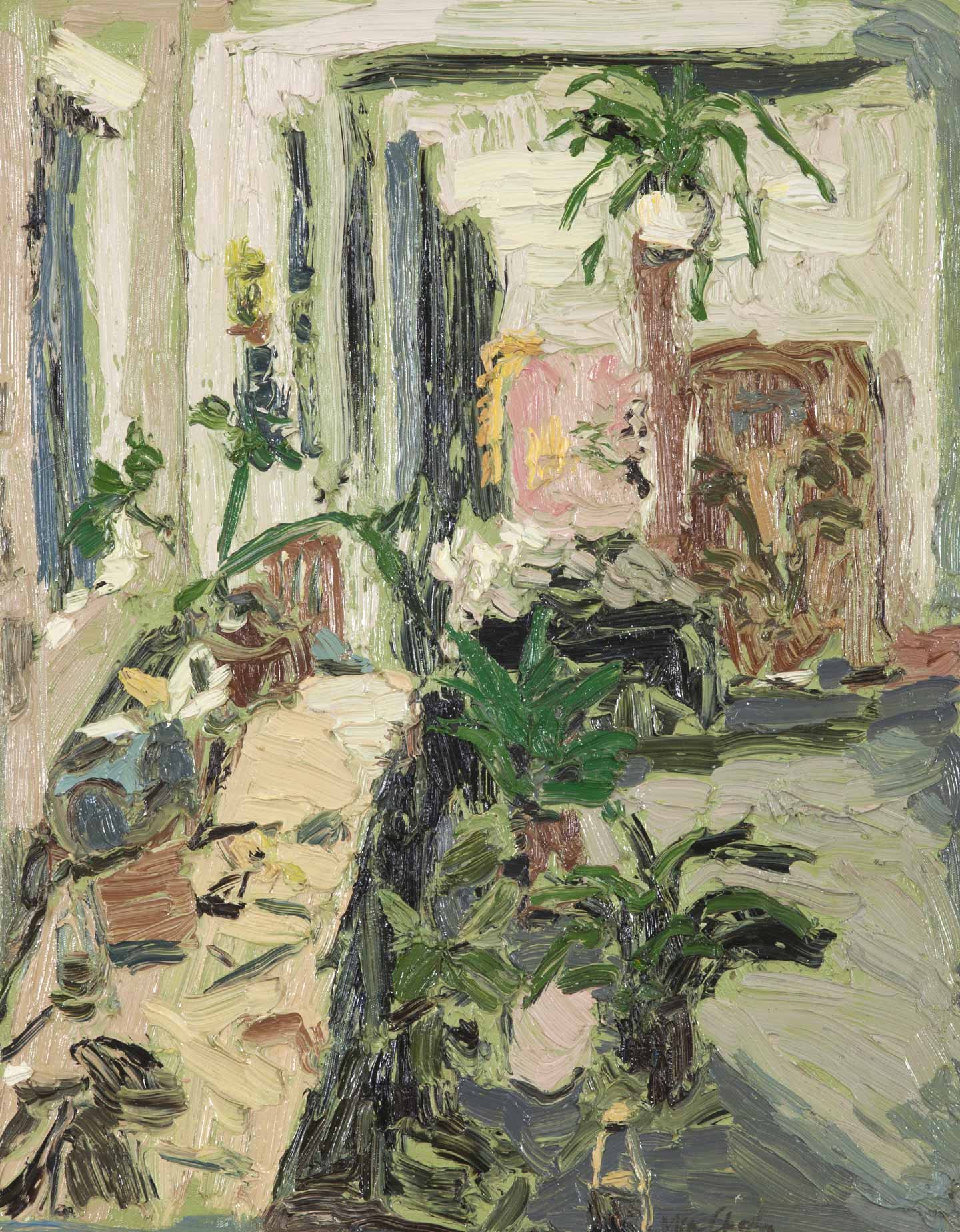 Olivie in the Pink Room 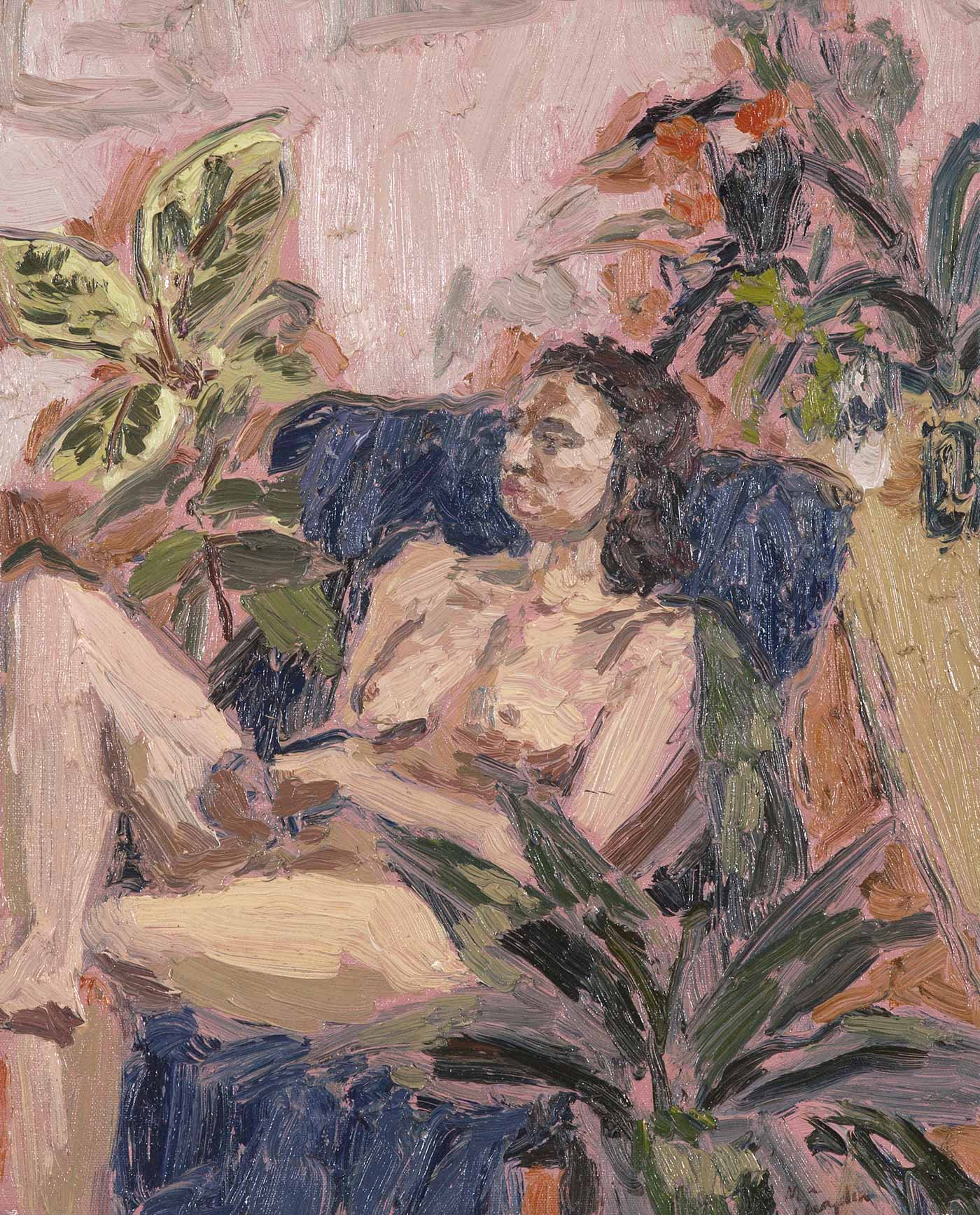 Erin Chaplin in my Fat-Day Dress 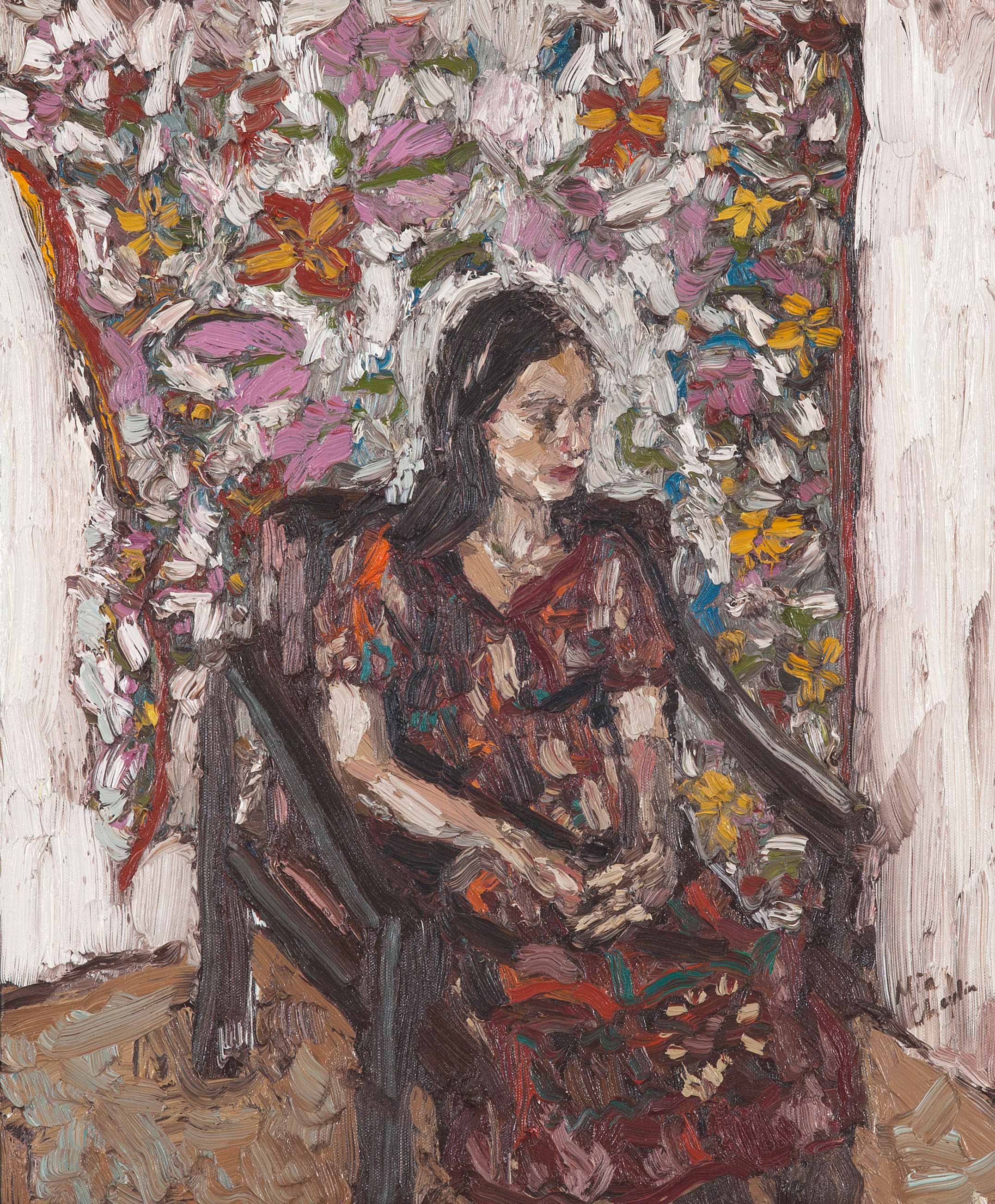 WHATIFTHEWORLD is pleased to present Binding Forms, a solo exhibition of new paintings by Mia Chaplin.

“Lady, your room is lousy with flowers.
When you kick me out, that’s what I’ll remember”

Chaplin’s debut exhibition with WHATIFTHEWORLD is a meditation on the quiet intimacy borne of the familiar. At first encounter her subjects appear unassuming; but on closer contemplation there is a subtle transfiguration at work. Chaplin’s paintings reveal the unexpected in the familiar, and entreat us to look again, and anew. Chaplin records her personal encounters and the ephemera of everyday, and in doing so, endows the painted subject with significance previously unseen in the original. Falling in and out of focus, the painter navigates a familiar world with unfamiliar eyes, binding together its impressions like fragments of a half-forgotten dream.

“I forget you, hearing the cut flowers
Sipping their liquids from assorted pots,
Pitchers and Coronation goblets
Like Monday drunkards.”

A vase of flowers, a young woman, a tangle of foliage – Chaplin’s subjects are bound together by their mortality, by their shared obligation to inevitably pass away. Even the afternoon light seen through her window in View from my studio, Cape Town, or the silence of an empty room in I try to remember things, insist their brevity. Chaplin paints transitory moments and spaces — solitude about to be interrupted, a vase of flowers moments before it spoils. She paints the places and people most familiar to her, yet her still lives, portraits, landscapes and nudes feel at once closely intimate but slightly removed. Often revisiting her subjects, Chaplin constantly mines their surfaces in an effort to capture a fleeting essence, be it the private interior of her studio, a plant on the windowsill or a familiar face.

“The milky berries
Bow down, a local constellation,
Toward their admirers in the tabletop.”

Formally, Chaplin’s paintings are unified by their colour palette and particular sensibility. The quality of light is consistently warm, and reassuring yet sensual imbued with the light and languor of an endless Sunday afternoon. Working spontaneously Chaplin’s loose brushstrokes simultaneously coalesce and fall apart. The subject is rendered secondary to the pleasure of painting, to the materiality and movements of the marks. Chaplin’s intuitive translations are inexact; uncertain spaces with curious compositions, yet she skilfully captures the interplay of light, the atmosphere of place, and the emotive quality of her subjects.

“The roses in the Toby jug
Gave up the ghost last night. High time.
Their yellow corsets were ready to split.
You snored, and I heard the petals unlatch,
Tapping and ticking like nervous fingers.”

Often completing a work in a single sitting of many hours,the relative brevity of the time she allows her self to render her subjects and the urgency with which she paints is driven by the desire to to capture the essence of her subject without over-describing it  Her suggestive, rather than illustrative, approach lends her paintings a dreamlike quality. Because they are not intricately described, the works appear as a vague memory, slipping away, and moving towards her paintings the forms dissolve into pools of colour and brush marks. It is only from a distance that the composition recovers itself, and the dream becomes fleetingly lucid.

“You handed me gin in a glass bud vase.
We slept like stones. Lady, what am I doing
With a lung full of dust and a tongue of wood,
Knee-deep in the cold swamped by flowers?”

Mia Chaplin (born 1990) is a South African painter who lives and works in Cape Town. She graduated from the Michaelis School of Fine Art in 2011. Following her degree, Chaplin has participated in exhibitions in Cape Town, Johannesburg, Shanghai, Iran, Portugal and Amsterdam. She recently completed a residency program at the OBRAS Foundation in Alentejo, Portugal. Binding Forms is Chaplin’s first solo exhibition at WHATIFTHEWORLD.