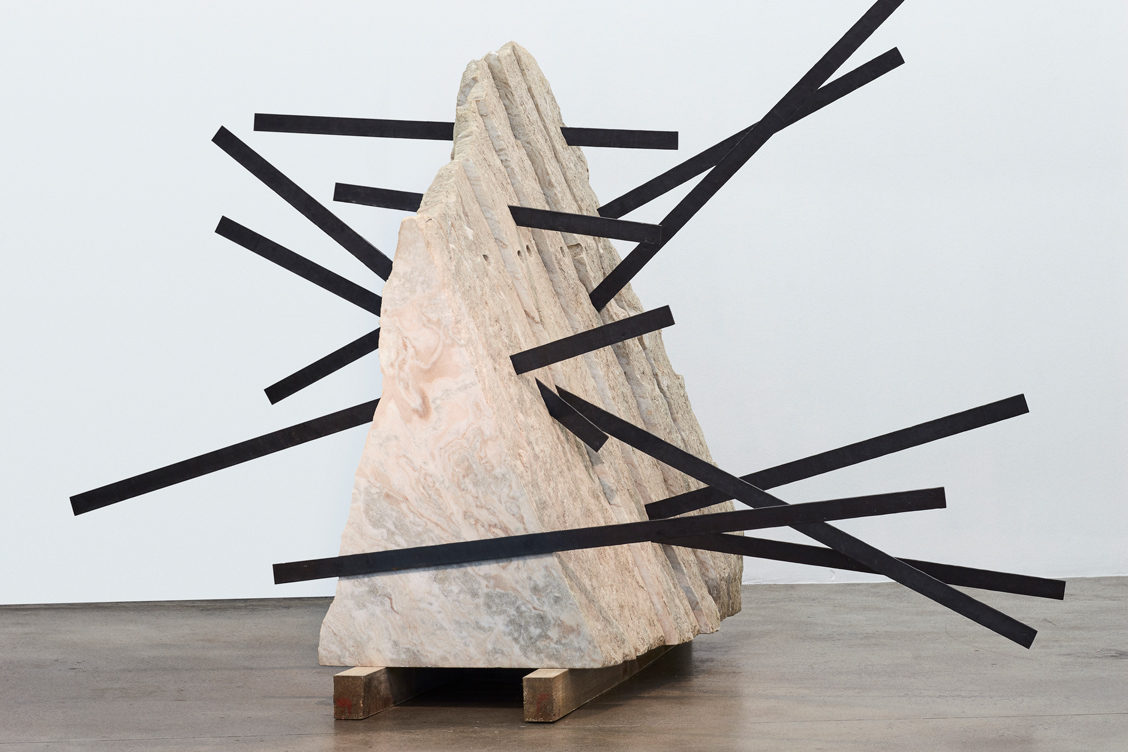 Contemporary Southern Africa forms an example of a distinct, and new social condition. One in which political and social borders define different political incarnations of African democracy and creates a vast transient community of displaced.

For over a decade, Michele Mathison has been living and working on both sides of the border between South Africa and Zimbabwe. His sculptures are a study on the value of common objects and how they have developed into the prevalent imagery and symbols of the region’s tumultuous times.

By removing the utility from functional objects, Mathison is presenting the irony of their transformation into a symbolic guise. Examining the form and function of quotidian objects, Mathison builds geometric groups and visual fields. Considering how an individual piece relates to the whole, his work creates a narrative of the region’s collective concerns.

Mathison completed his BFA at Michaelis School of Fine Arts, University of Cape Town, South Africa in 2000. He has since had 2 solo exhibitions with WHATIFTHEWORLD, including States of Emergence (2017) and Manual (2014). Other notable solo exhibitions include: Uproot (2016) at Tyburn Gallery, London; Harvest (2015) at the Zeitz MOCAA Scheryn Pavilion, Cape Town and EXIT/EXILE (2014) at Nirox Projects, Johannesburg. His work has featured in group exhibitions such as Broken English (2015) at Tyburn Gallery, London and Dudziro (2013), Zimbabwe Pavilion, 55th Venice Biennale, Venice.