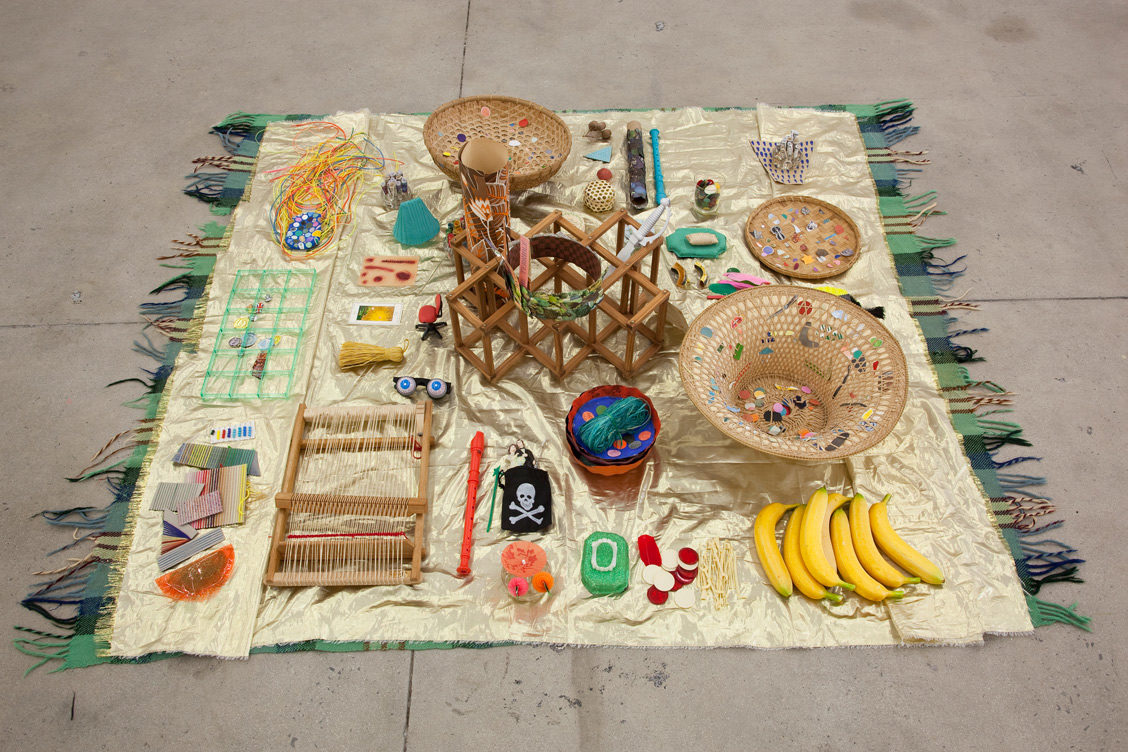 Julia Rosa Clark has worked as an artist and curator for the last 15 years. Her eight solo exhibitions feature work ranging from lit-up suitcases to clothing to large wall installations. Her exhibits engulf the entire gallery, using the floor, walls and ceiling as canvas for her mixed media art.

Often using found objects, her materials include children’s toys, old boxes, found fabrics and meticulous paper cutouts. Clark describes her work of altering these objects as a “device for coping with an overload of information or emotion. “The variety of styles, multitude of cutouts and use of bright colour give Clark’s work a fanciful feel while she explores deep topics.

Her 2004/2005 exhibitions, A Million Trillion Gazillion, used these elements to explore the changing nature of knowledge systems. Clark transformed traditional educational materials such as illustrated books to expose the in congruencies of an idealized worldview with the failure and realities of our contemporary world. Three of her solo exhibitions act as a trilogy, looking into the fleeting nature of knowledge systems. Hypocrite’s Lament (2007) focuses on response cycles of addition and destruction, followed by Fever Jubilee an uplifting (2007) focusing on growth and regeneration. The final piece of the trilogy Paradise Apparatus (2010) focused directly on science and education, featuring instillations alluding to physics and philosophy.

Booty, her exhibition in 2012 explored the realms of colonial appropriation, history, memory and representation, exhibiting her own agency and position when encountering these broad themes, Clark used chance and contingency to unsettle such notions. Continuing with the use of chance encounters as a way of teasing out meaning from the residue of modern life , Clark created Two Works (2015), a site specific installation composed of Fear and Flying a free form large scale collage and Tone Poem, a meditative video installation. In addition to her solo exhibitions, Clark has been featured in numerous group shows and collaborations. She has also curated and co-curated numerous shows including Big Wednesday (2008) and Sing into my Mouth (2009) at the WHATIFTHEWORLD in Cape Town.