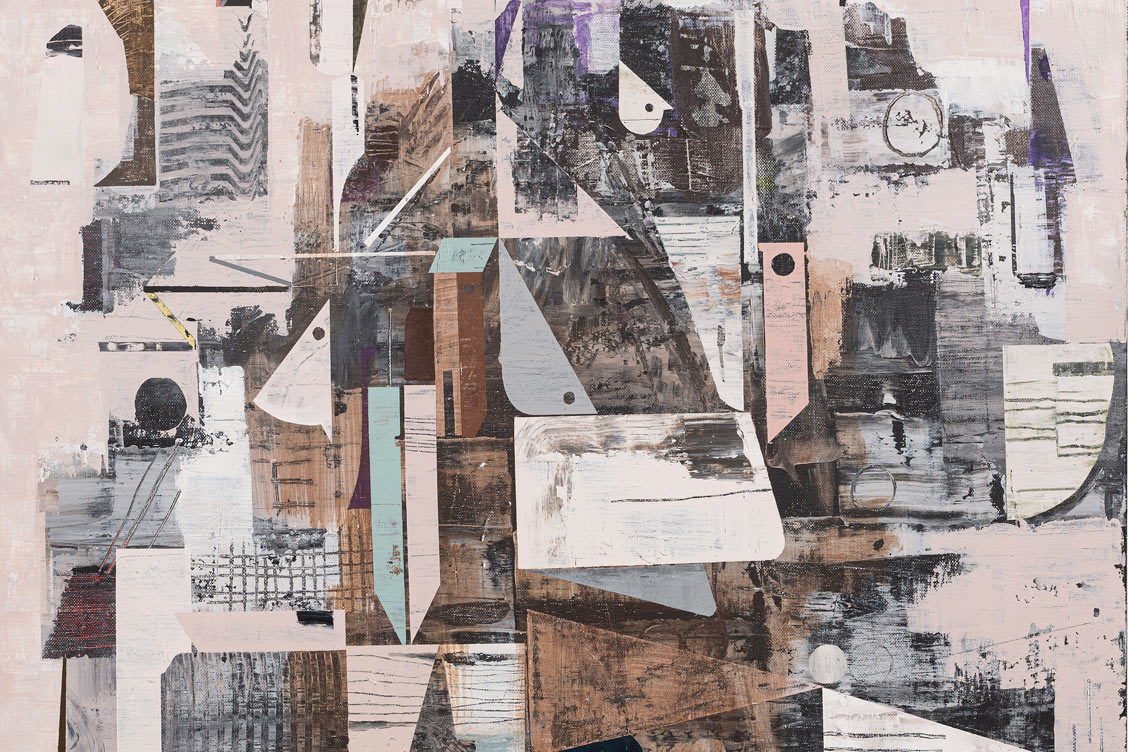 More recently Murray’s work has leaned towards abstraction, not in its purest sense but rendered in a way that still hints at representational forms beneath the surface. These works originally inspired by the different colors and hues that accumulated on the artists mixing pallets whist working have evolved in to an ongoing series of paintings that allude structures that are simultaneously in the process of forming or perhaps disintegrating.