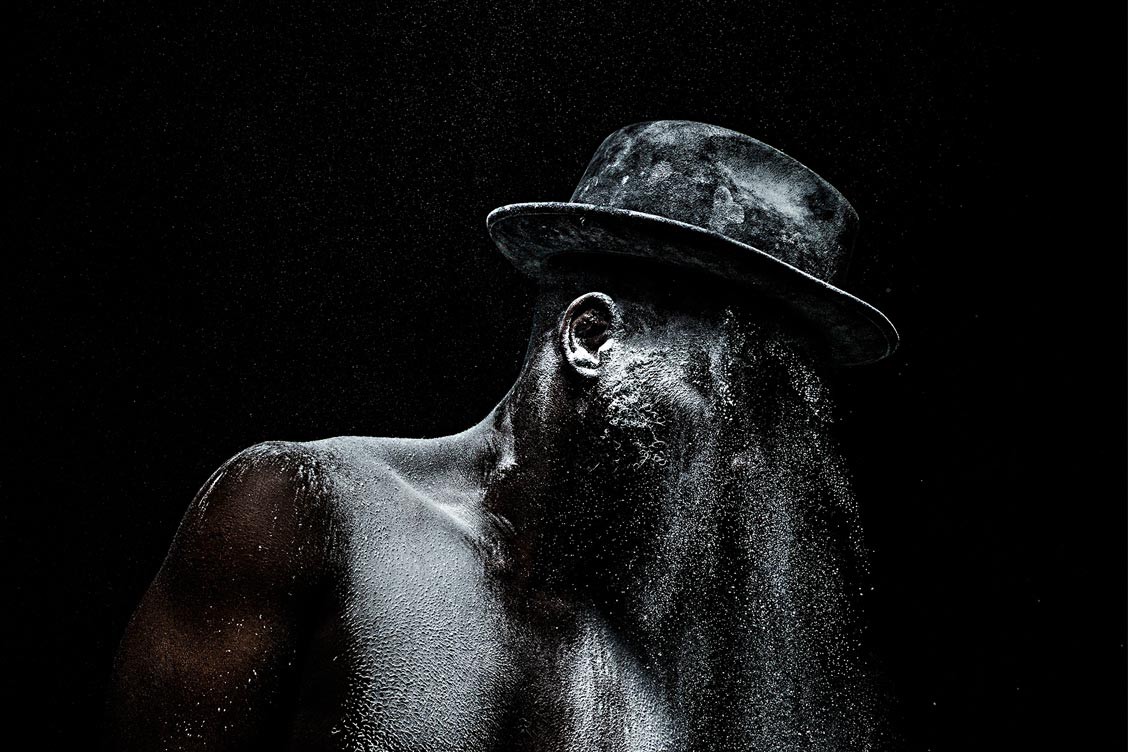 “Bringing visual art to the table is Soweto born Mohau Modisakeng. Known primarily as a sculptor, Mohau is a multidisciplinary artist who has ventured into film, installation, performance, and large-scale photographic prints.

A Masters graduate from UCT’s Michealis School of Fine Art, he has racked up a considerable number of exhibitions both locally and internationally as well as receiving the Sasol New Signatures Award in 2011.

Mohau’s work highlights the position of the black body situated in the violent context of South Africa’s past and present. It explores how we understand our own socio- political and cultural roles as human beings in the country. A perfect example of the type of art that Mohau creates is his sobering and poignant video piece Inzilo (isiZulu for ‘mourning’ or ‘fasting’) where he makes use of his own body to enact a mourning ritual. Recently, Mohau has worked on public performances and interventions, and his work may soon be moving towards the theatrical.”

Mohau Modisakeng was born in Soweto in 1986 and lives and works between Johannesburg and Cape Town. He completed his undergraduate degree at the Michaelis School of Fine Art, Cape Town in 2009 and worked towards his Masters degree at the same institution. His work has been exhibited at the Museum of Fine Art, Boston (2014); 21C Museum, Kentucky, Massachusetts (2014); IZIKO South African National Gallery, Cape Town (2014); Saatchi Gallery, London (2012); and the Dak’Art Biennale, Dakar (2012). Public Collections include the Johannesburg Art Gallery, IZIKO South African National Gallery, Saatchi Gallery and Zeitz MOCAA.